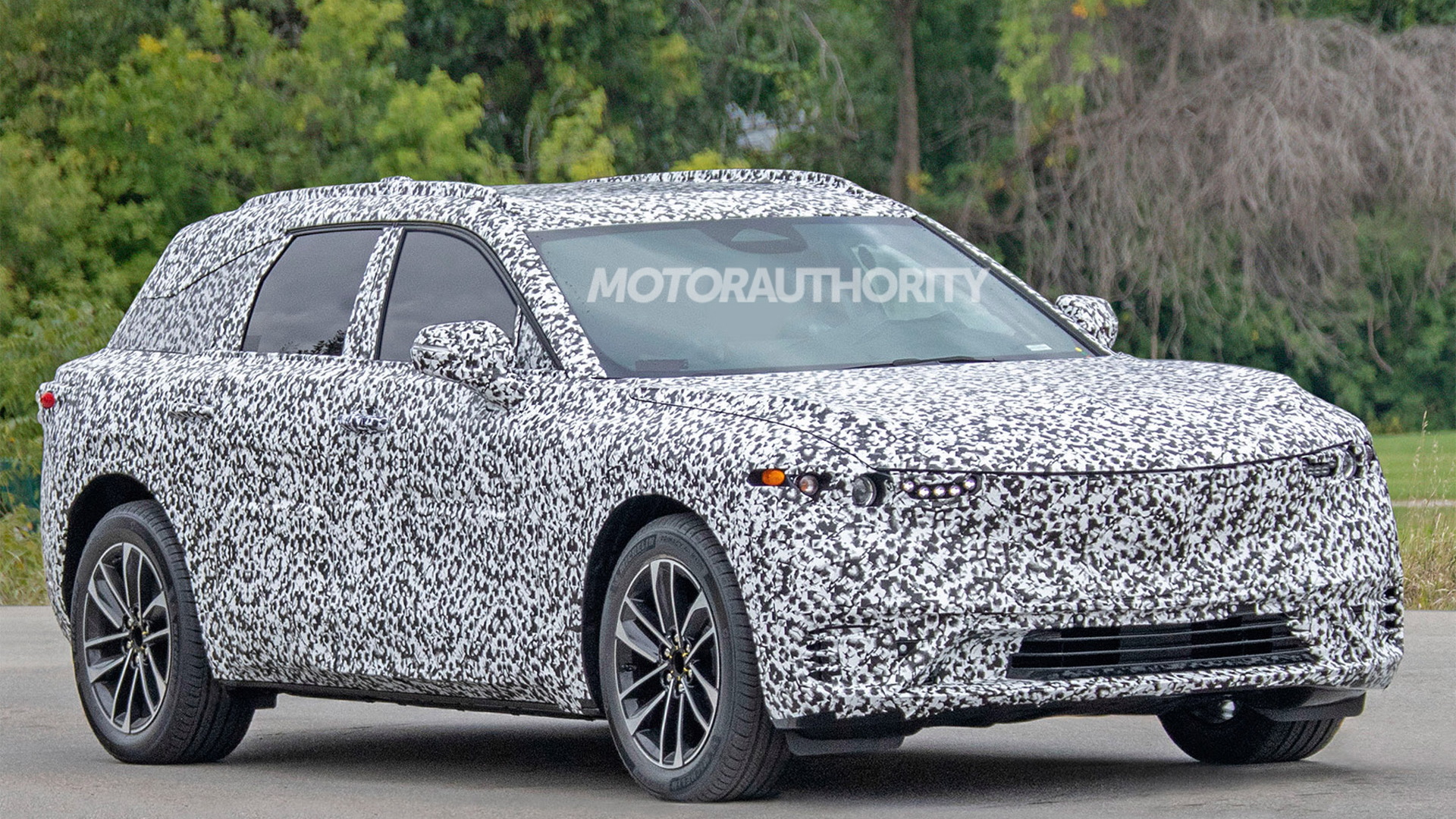 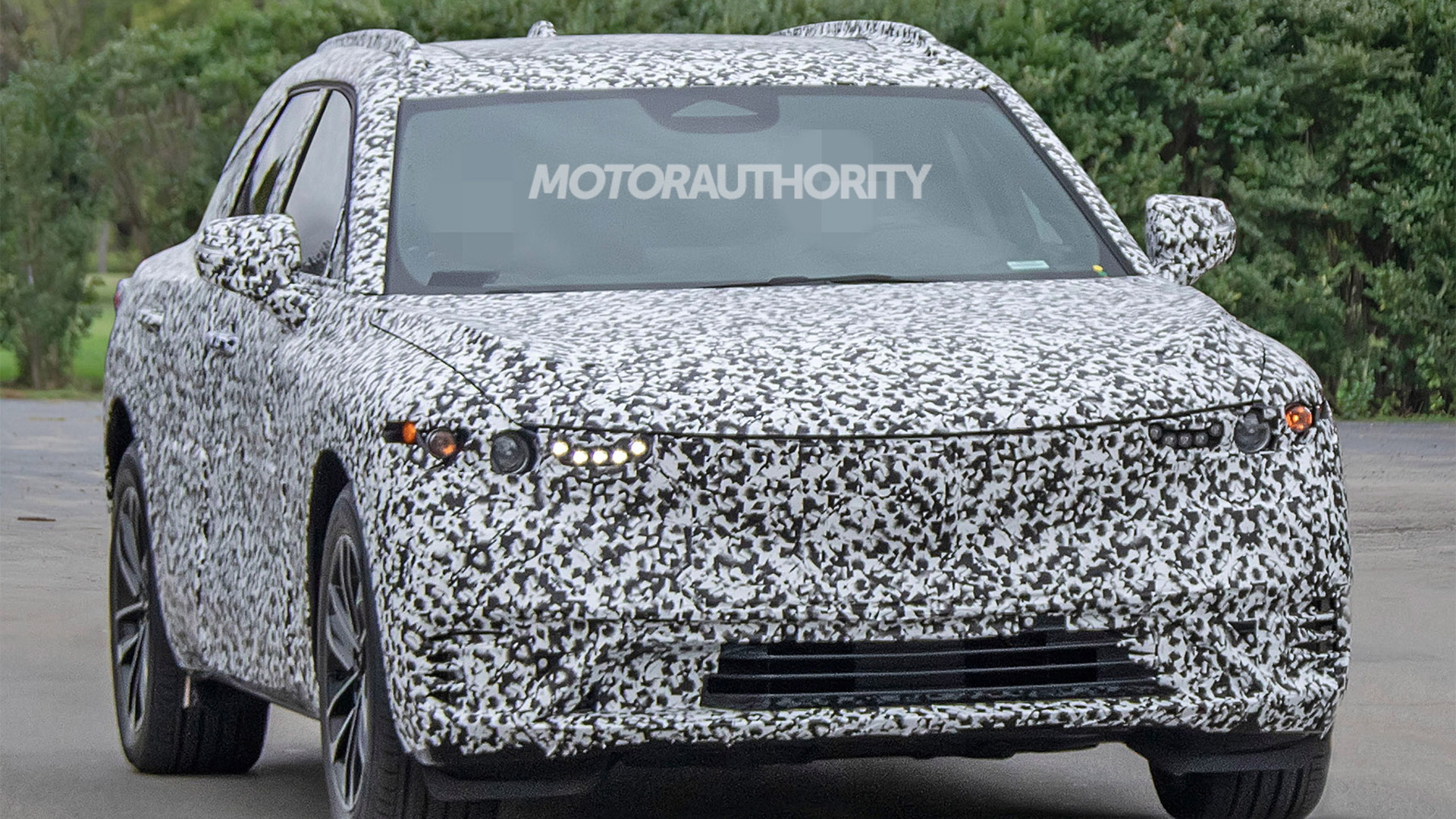 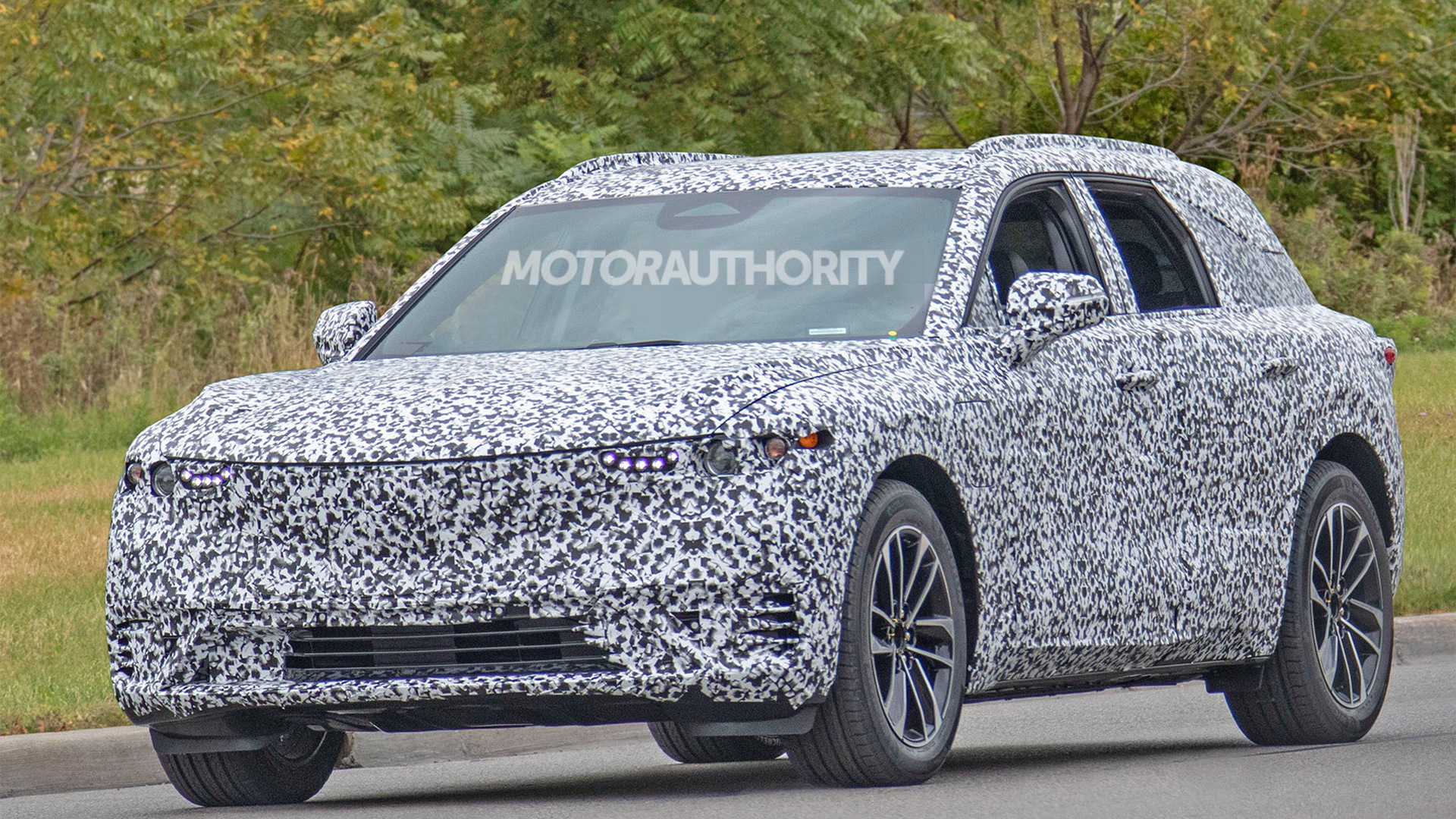 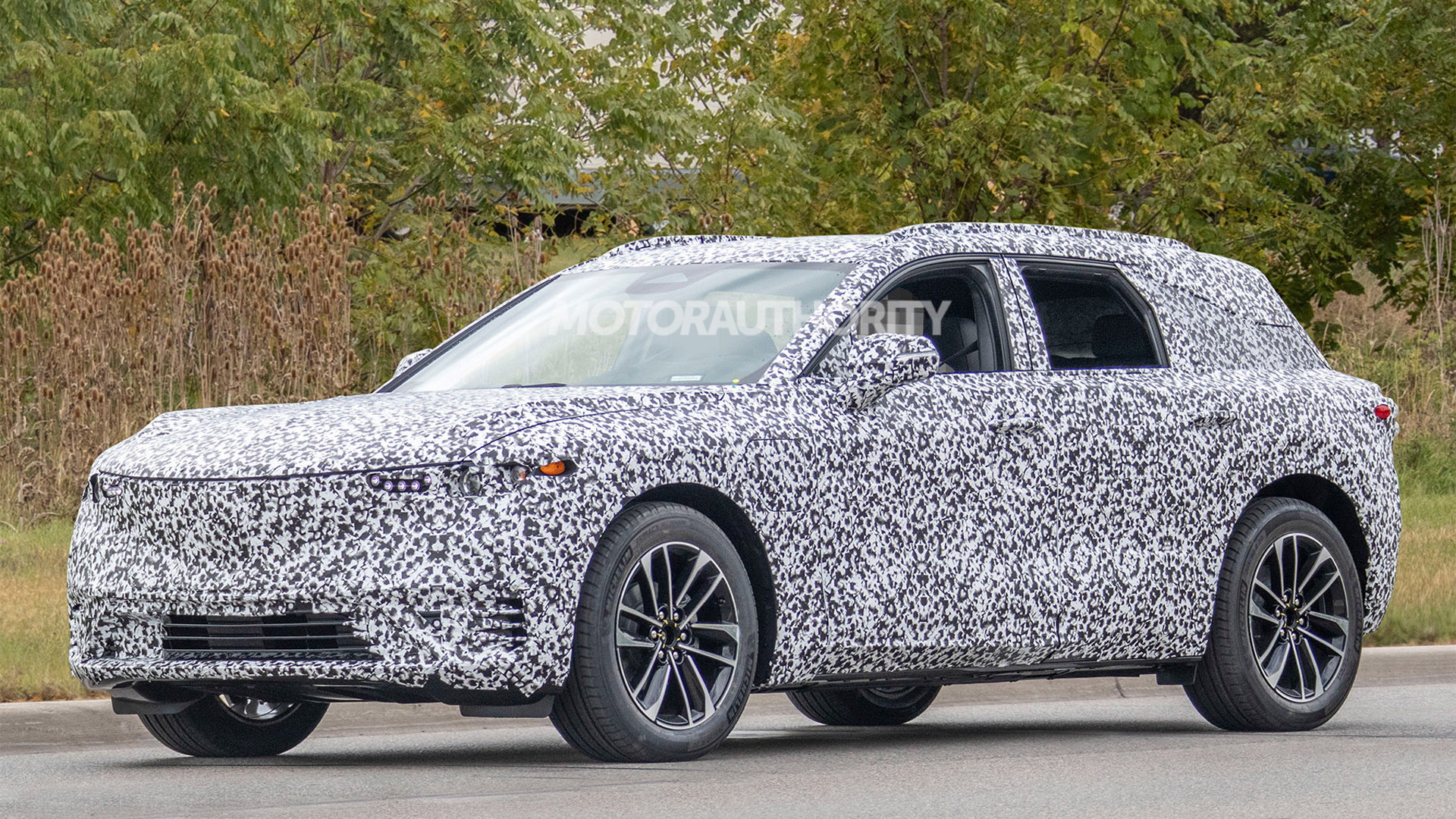 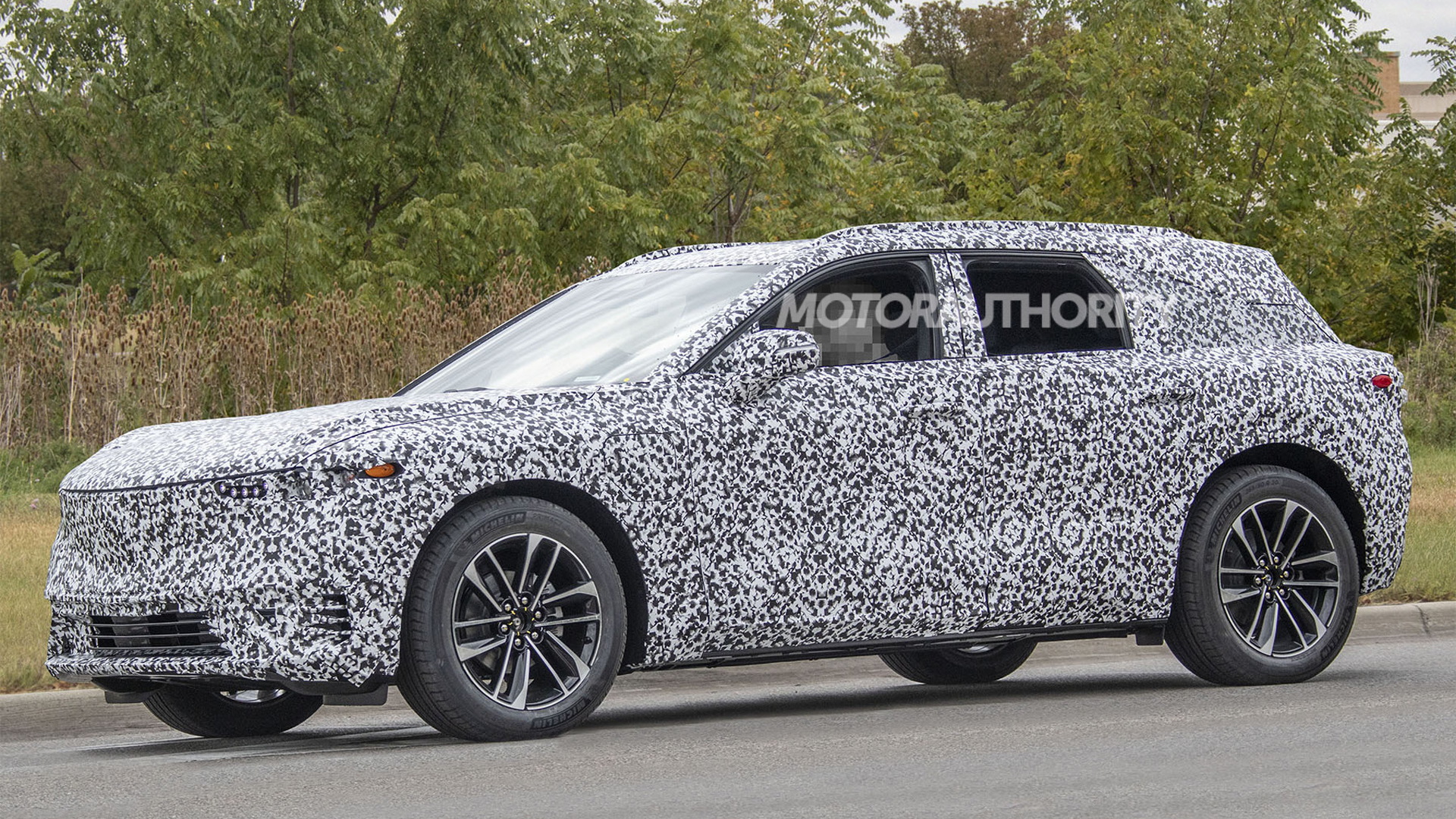 Acura in August confirmed the revival of the ZDX name for the automaker's upcoming electric SUV, and now the first prototype has been spotted.

The modern ZDX will be Acura's first electric vehicle, though rather than use an in-house platform the automaker has brokered a deal to use General Motors' Ultium platform and batteries. GM will also build the ZDX for Acura. GM has a similar deal with Honda for its upcoming Prologue electric SUV. Both electric SUVs are due for the 2024 model year.

The prototype points to the ZDX being a mid-size SUV sharing elements with the 2023 Cadillac Lyriq, another Ultium-based mid-size SUV. The designs of the A-, B-, and C-pillars appear to be common across both vehicles, though the D-pillars are unique.

Acura previewed the design of the ZDX in August with the reveal of the Precision EV concept during 2022 Monterey Car Week. While the design of the concept has been toned down significantly for the production model, elements like the shark nose grille, sculpted hood, and distinct D-pillar have been retained.

A glimpse of the interior shows what appears to be a single panel integrating both a digital instrument cluster and an infotainment screen. The same design was featured in the Precision EV concept.

Acura hasn't mentioned powertrain specs. While the Ultium platform supports batteries as big as 200 kwh and enough electric motors for 1,000 hp, the ZDX should offer similar performance to the Lyriq, meaning roughly 100 kwh of battery capacity and around 340 hp. Expect more power for a planned ZDX Type S model. Range should start around 300 miles.

Production of the ZDX is expected to take place at GM's Spring Hill Manufacturing plant in Spring Hill, Tennessee, where GM builds the Lyriq.

Honda's Prologue, which is closer to the 2024 Chevrolet Blazer EV in design, is tipped to enter production at GM's plant in Ramos Arizpe, Mexico, where the Blazer EV and a smaller 2024 Chevy Equinox EV will be built.

For their future EVs, Honda and Acura will rely on in-house developed technology. Honda in April announced a wide-ranging strategy that will see the automaker invest more than $60 billion in R&D over the next 10 years, with the bulk of the funds to be spent on development of EVs, as well as software. The strategy will see Honda launch 30 EVs globally by 2030 for its Honda and Acura brands, including two sporty models, one of which is believed to be a redesigned NSX supercar.