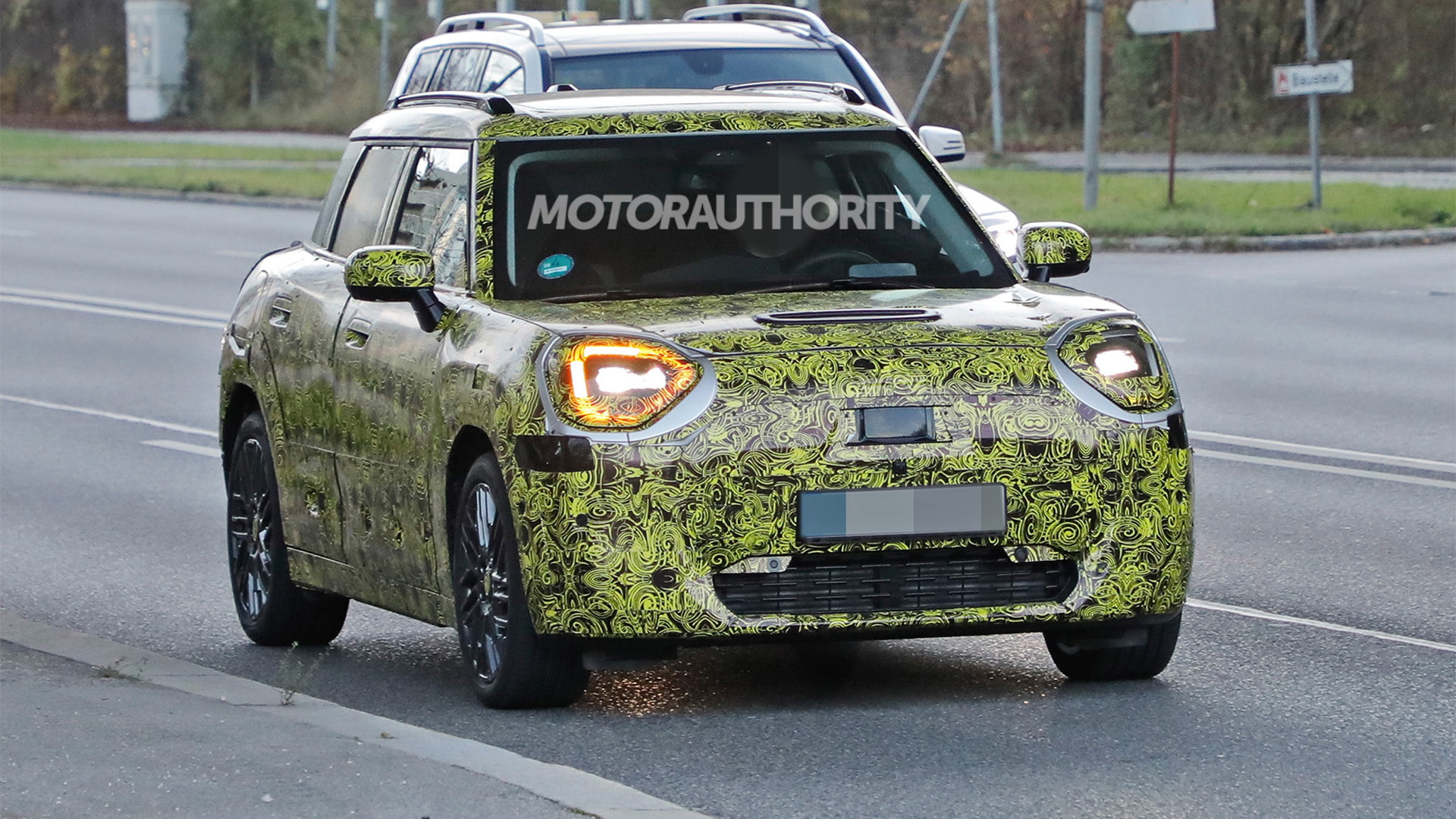 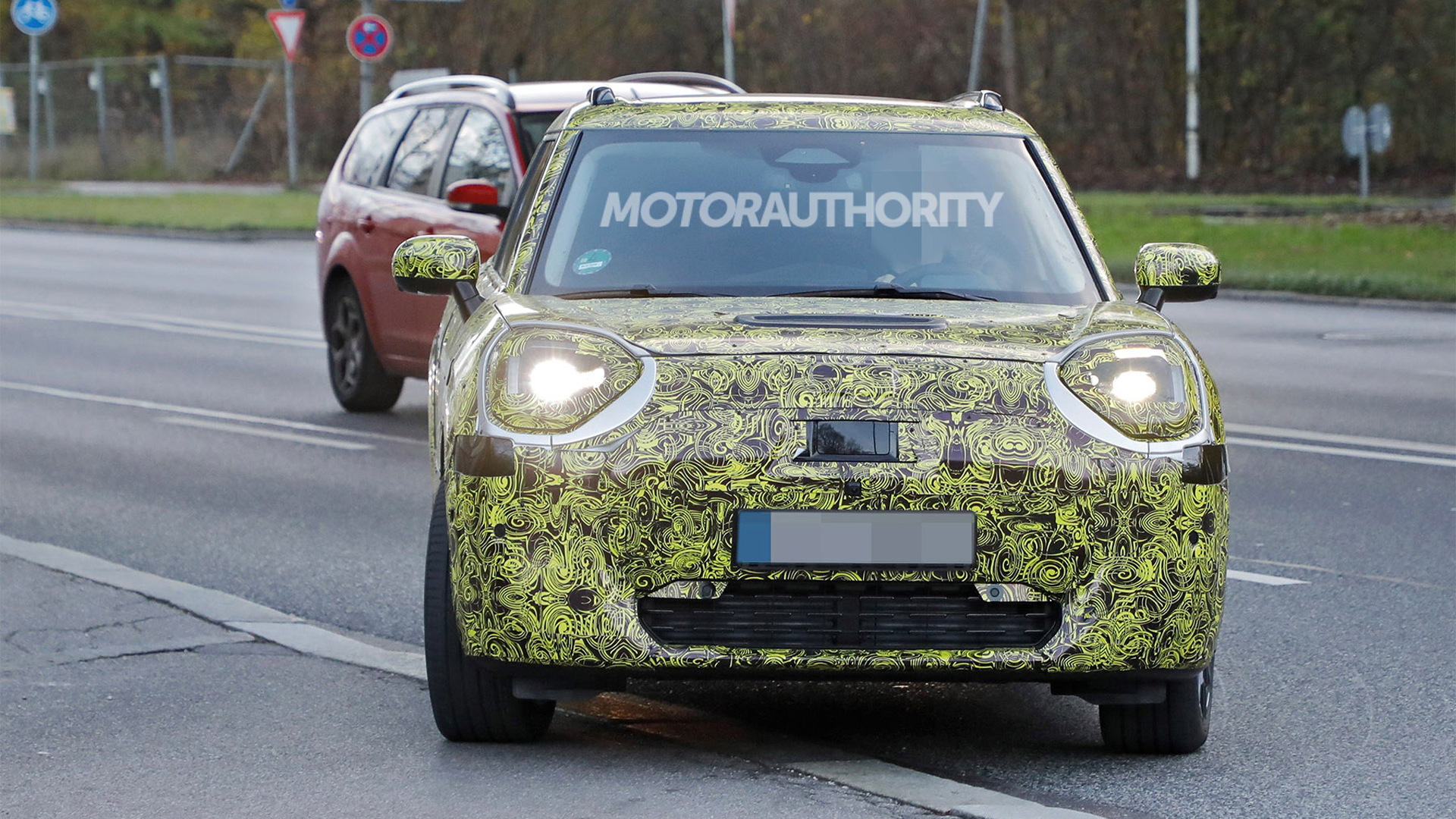 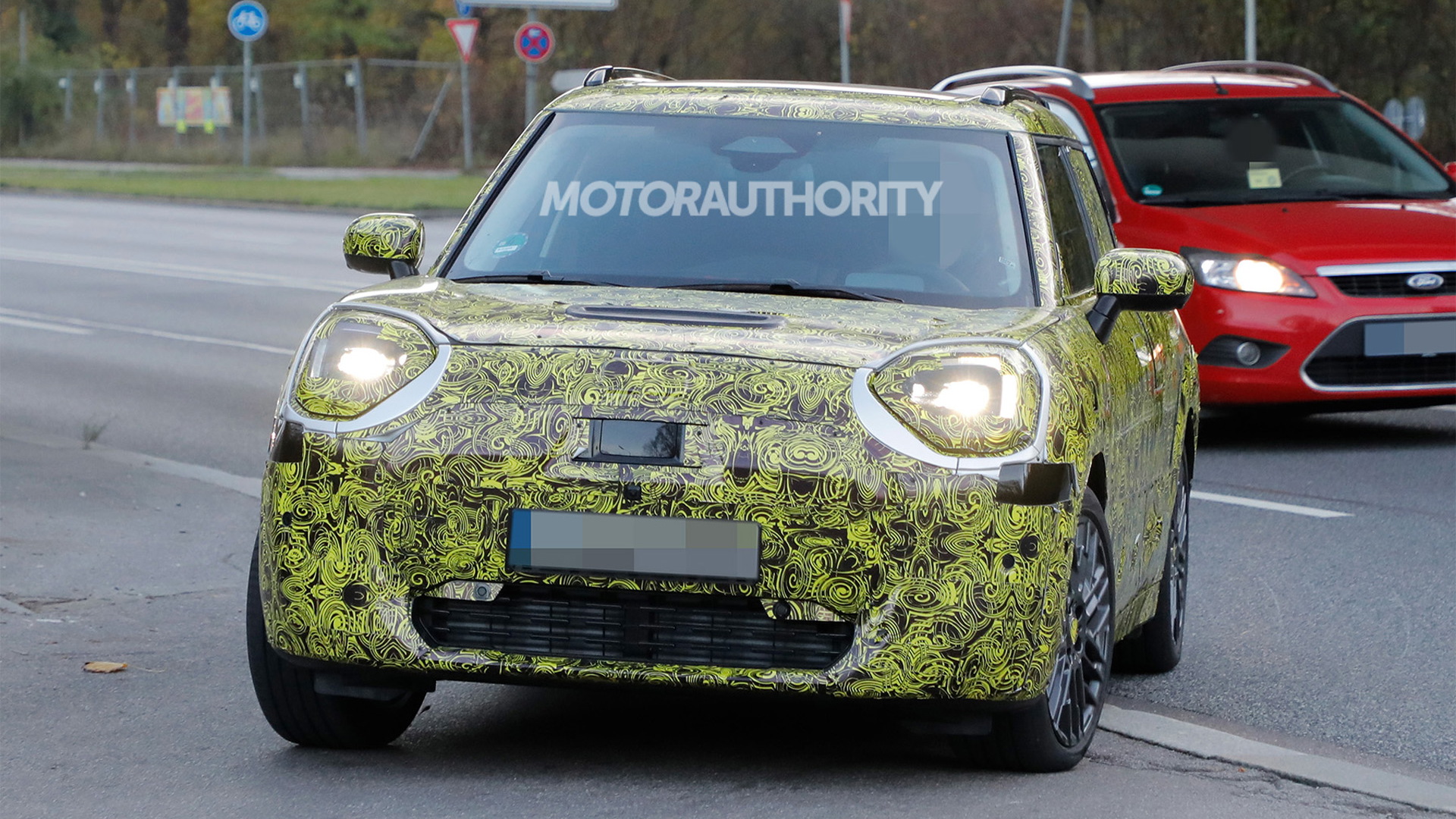 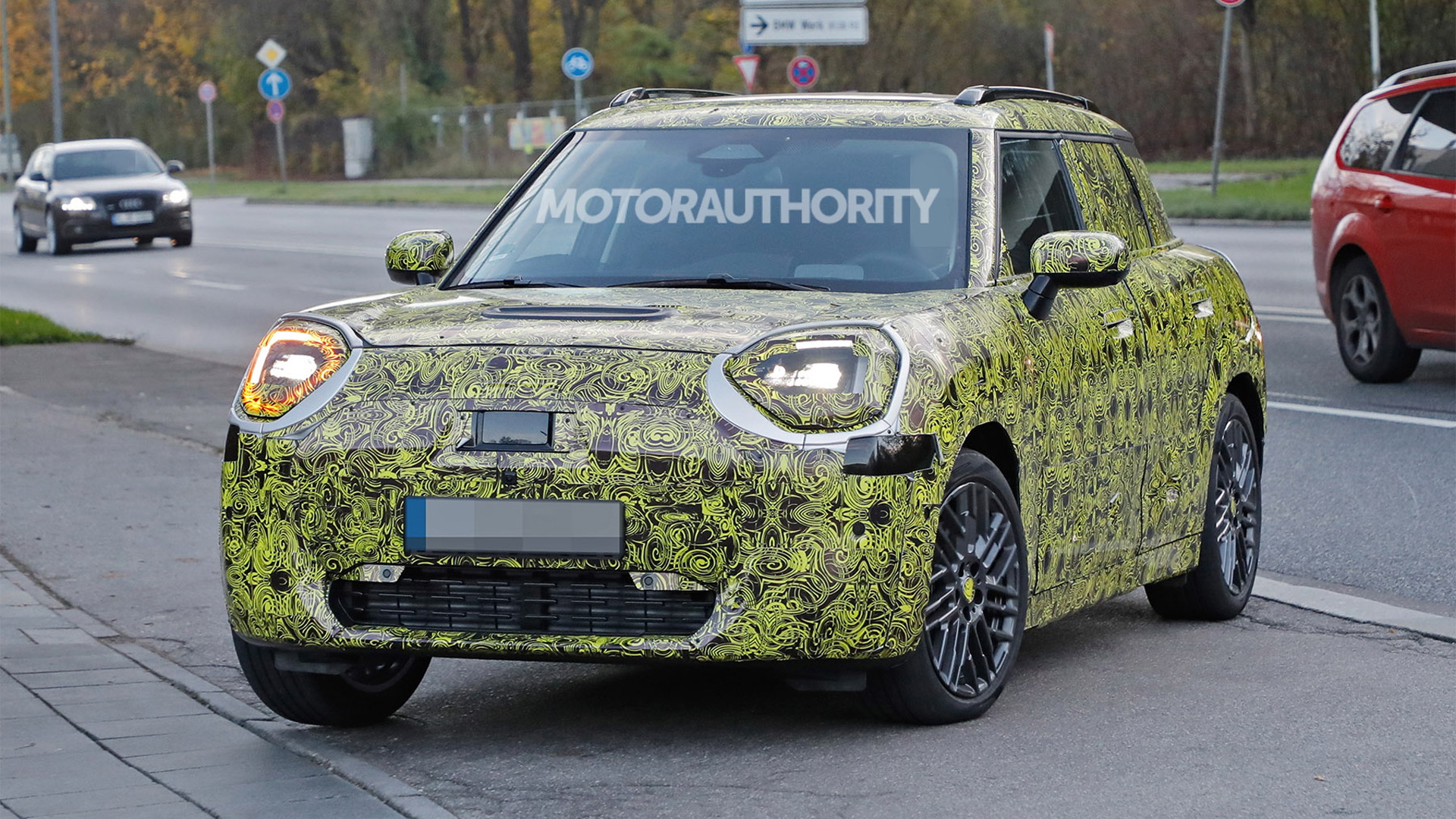 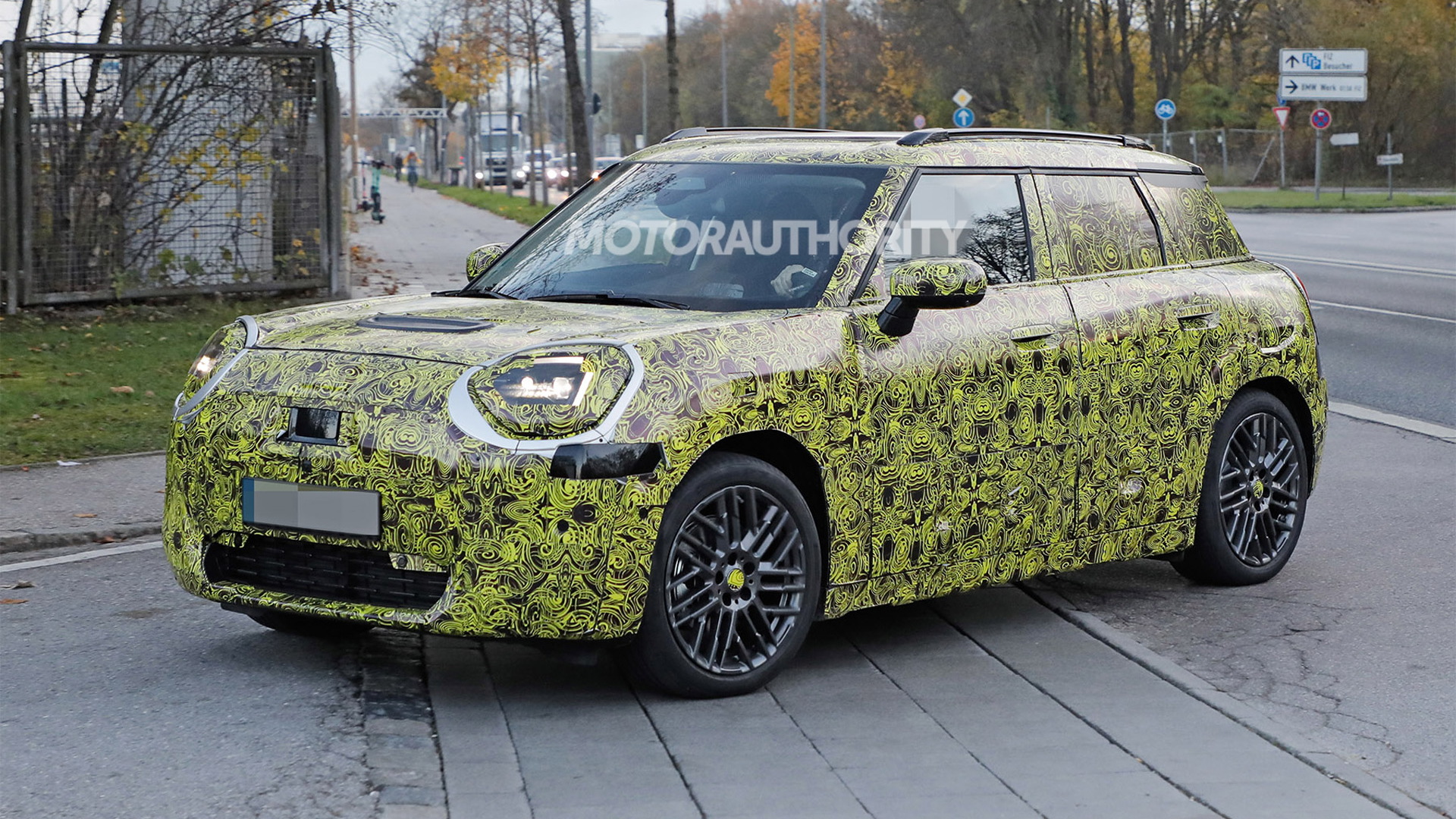 Mini is out testing a prototype for a new addition to its lineup.

The prototype is for an electric subcompact crossover that will be positioned below the Countryman. The vehicle was previewed in July by the Aceman concept, whose name it may carry into production. A revival of the Paceman name is also rumored.

The Aceman, or whatever it ends up labeled as, is expected to arrive in 2024 as a 2025 model. A redesigned Countryman will arrive next year, and it's set to grow slightly to make room for the Aceman. The Aceman concept measured 159.4 inches long, or roughly 10 inches shorter than the current Countryman.

No specs are available, but expect more range than the 114 miles of Mini's sole EV at present, the Cooper SE.

The spy shots hint at a similar design to the current Countryman but with new details in line with Mini's latest design language. Called Charismatic Simplicity, the language was previewed on the Aceman concept, and will remove chrome accents from Mini vehicles. Future Minis will also lose leather trim, while the signature round center stack will become a digital screen. Thankfully, the vehicles will continue to offer physical controls for key functions, including the popular toggle switches.

As mentioned above, a redesigned Countryman will arrive first. It will be twinned with the redesigned 2023 BMW X1, and unlike the Aceman, it will offer the choice of gas or electric powertrains. Eventually, though, Mini will exclusively sell EVs. The automaker plans to launch its final gas car in 2025.

Interestingly, Mini has also hinted at a crossover positioned above the Countryman. Although that would mean a bigger Mini than the market is used to, the brand has said its vehicles will always have the smallest footprint for their respective segment.