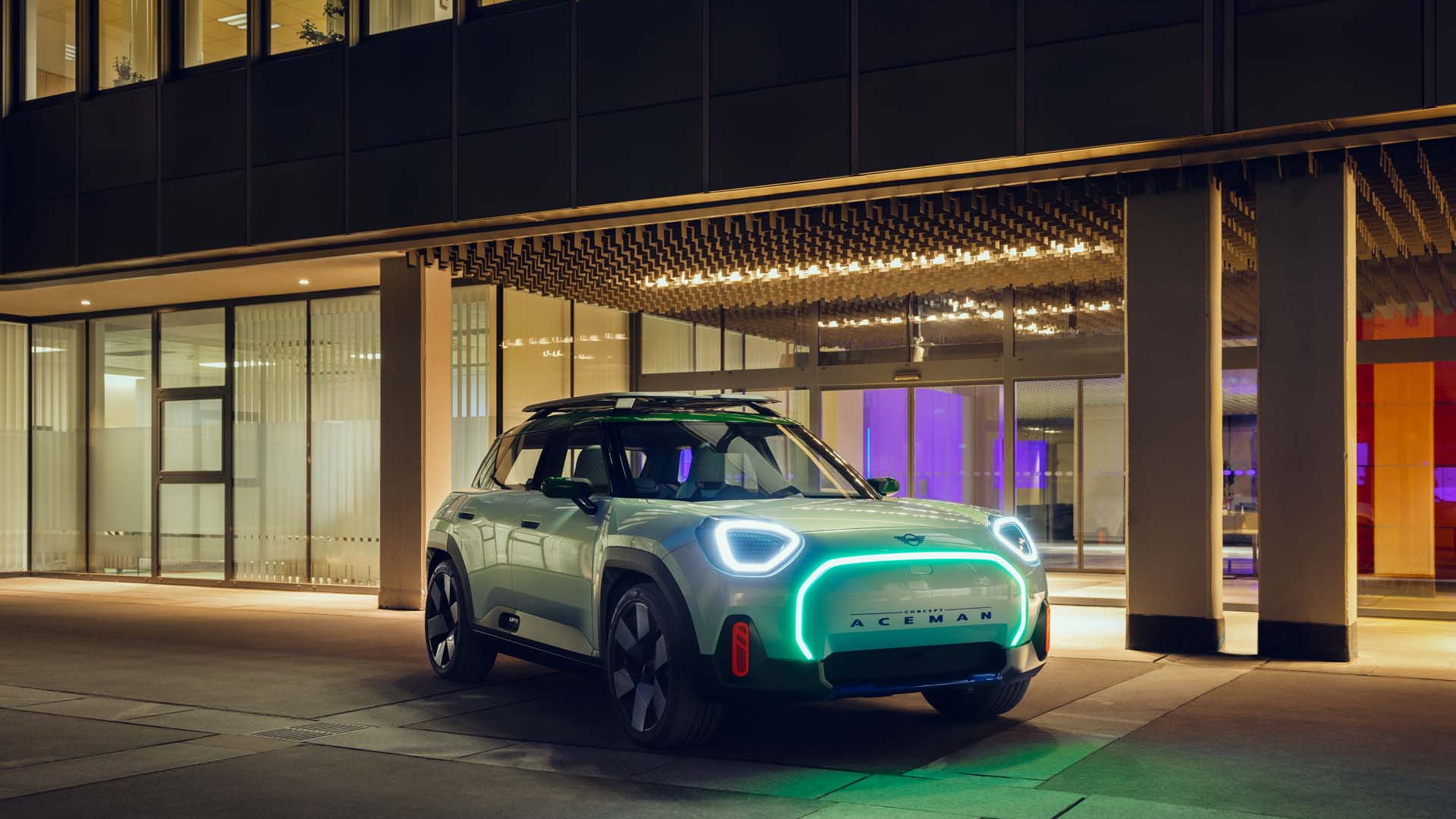 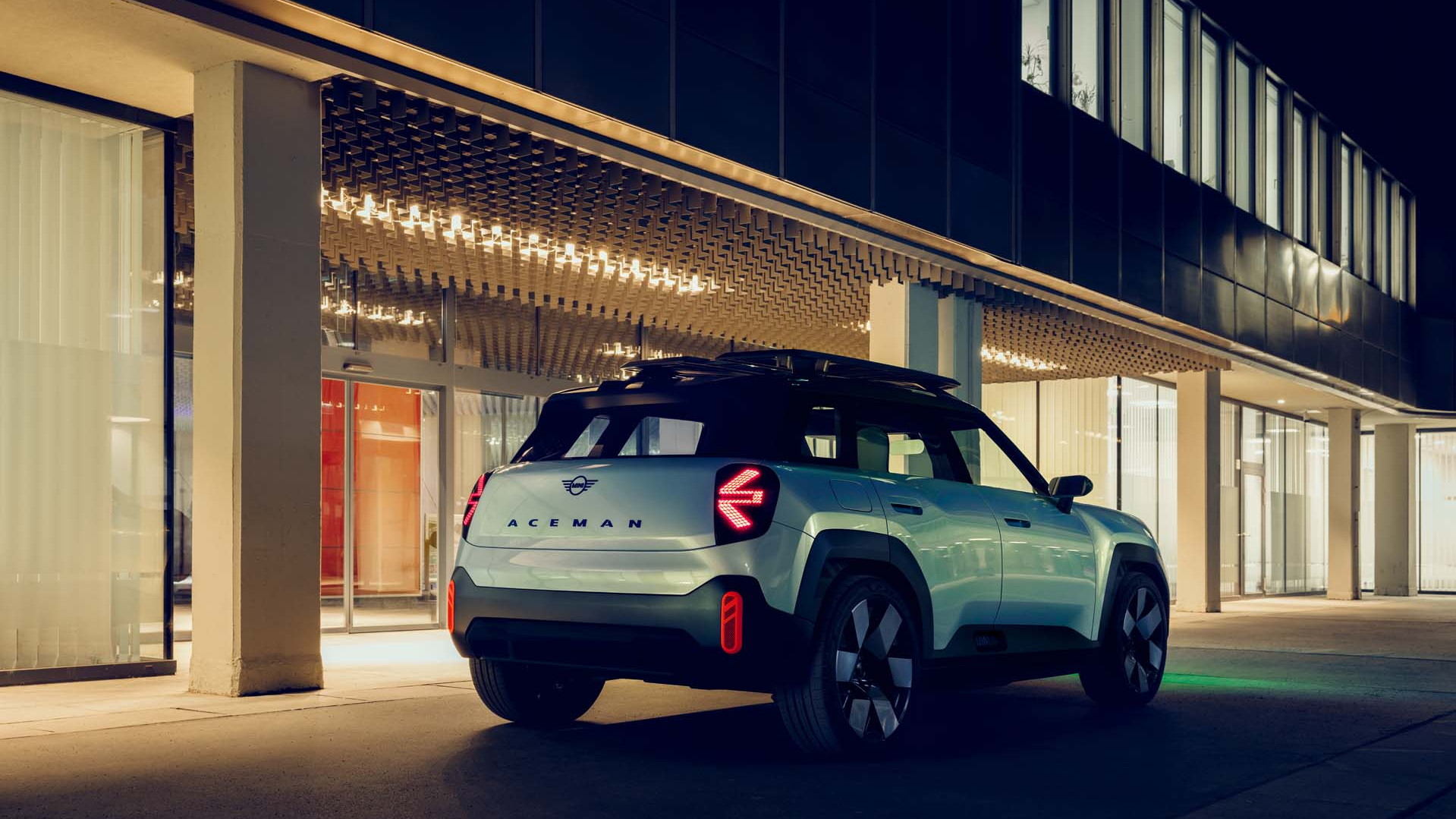 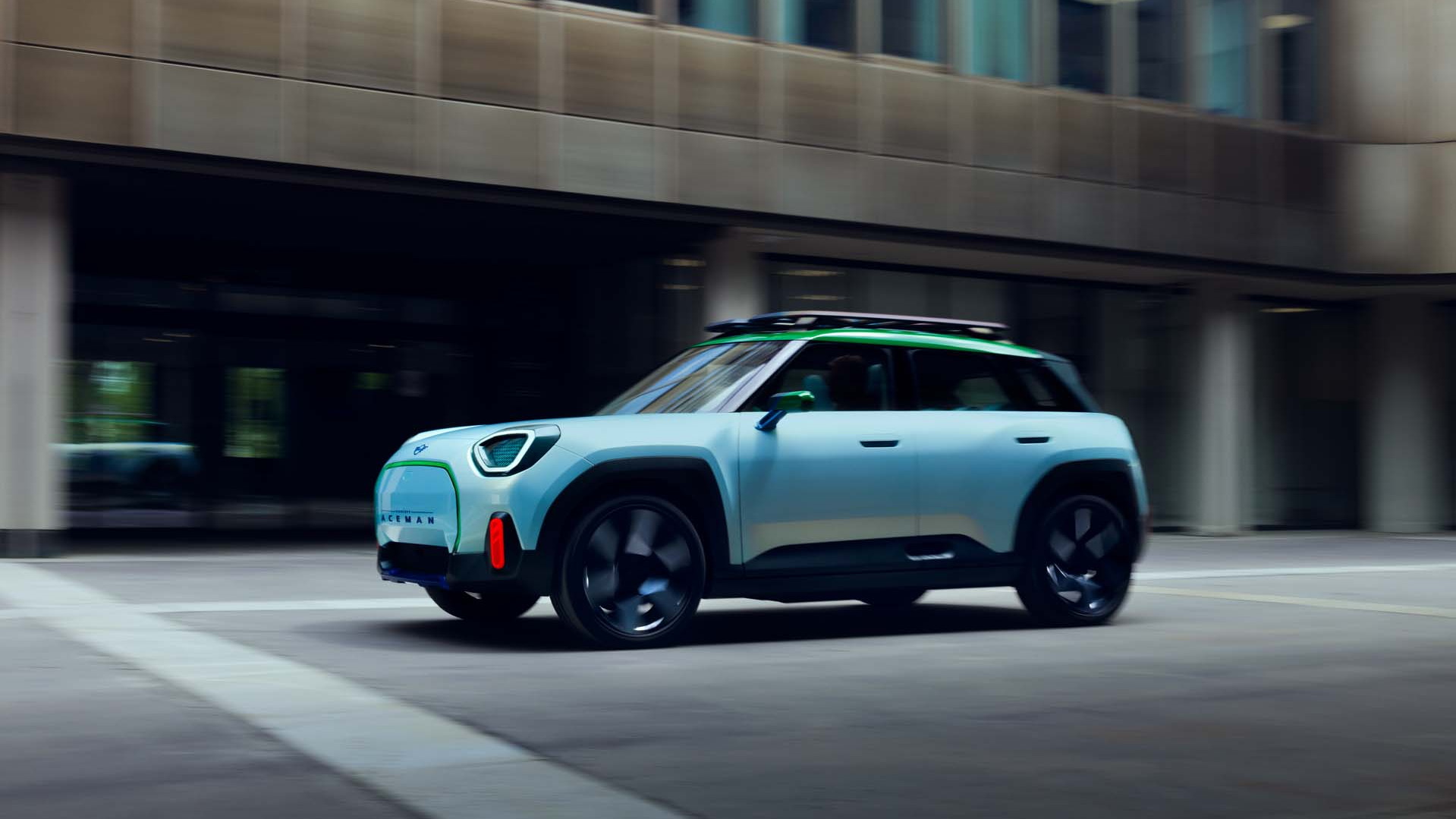 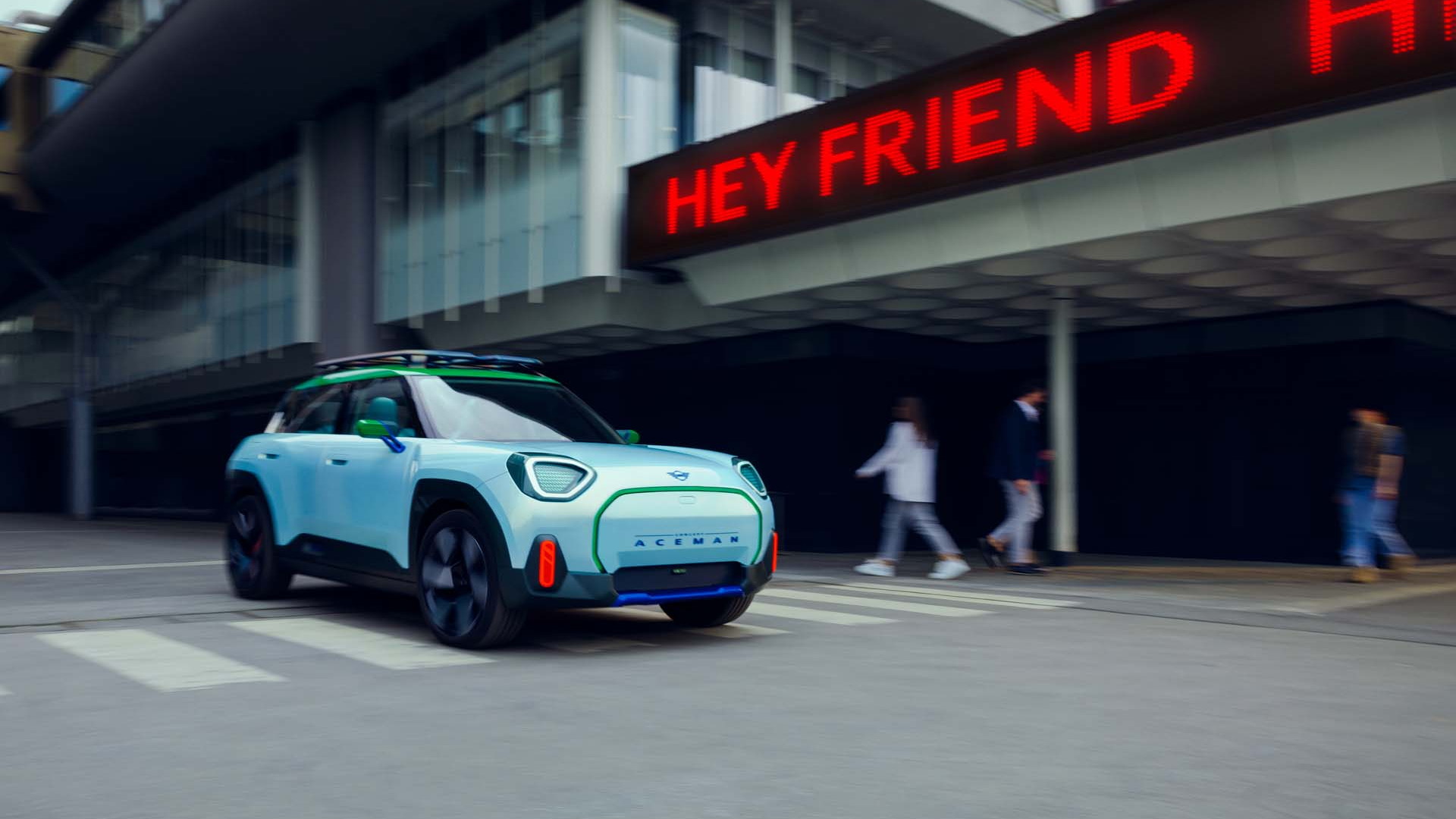 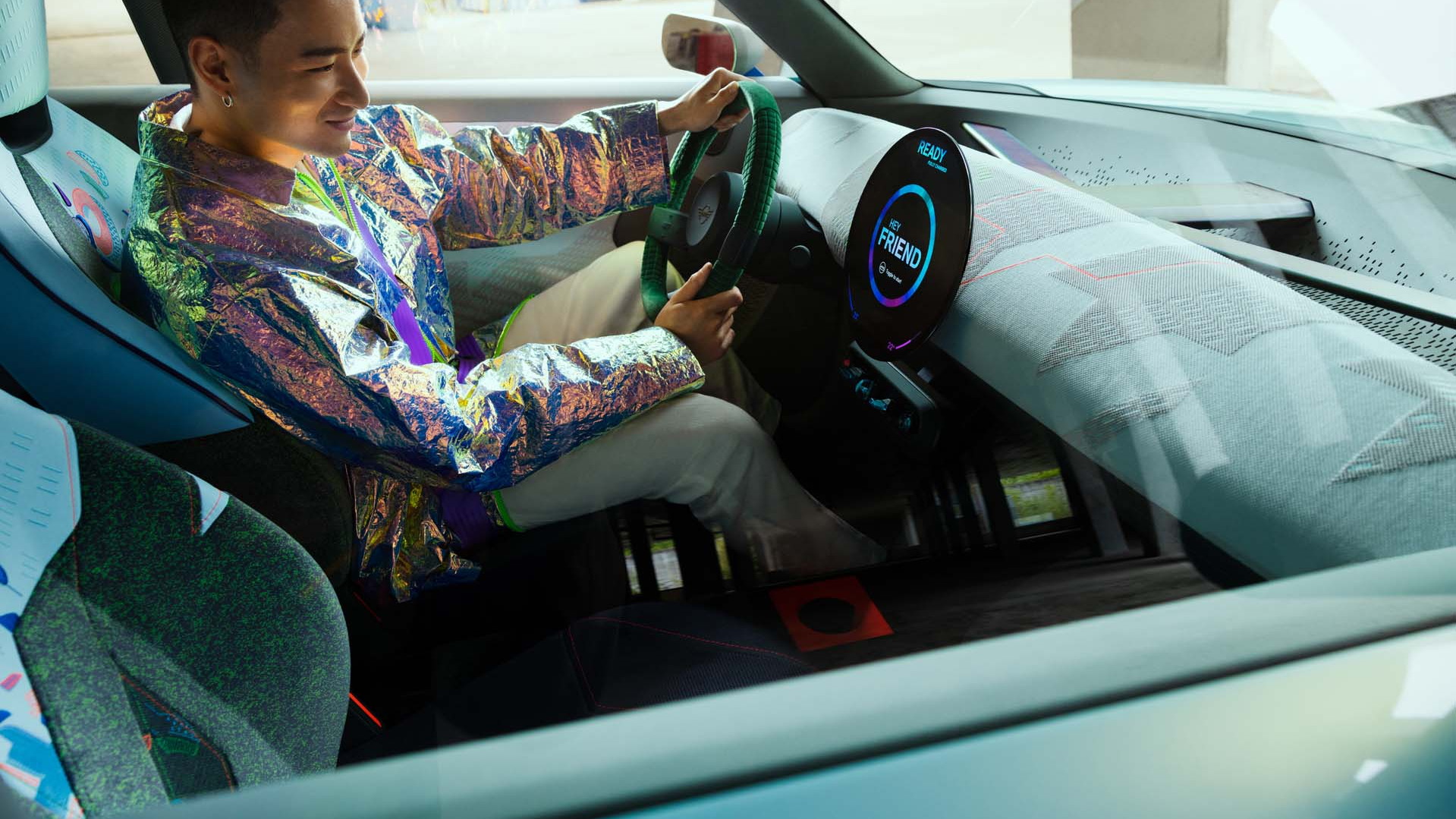 Mini looked like it was going to be a leader in the switch to EVs, but the brand has fallen behind and only offers the Mini Cooper SE with a limited range of 114 miles. Now, it appears the British small car brand is ready to catch up or at least preview its electric future. On Tuesday, Mini showed the Concept Acemen, a small electric car that sets the tone for the brand's future design and likely previews a new model.

The Concept Aceman blends traditional Mini traits with a new green era. “This concept car reflects how MINI is reinventing itself for its all-electric future and what the brand stands for: an electrified go-kart feel, an immersive digital experience and a strong focus on a minimal environmental footprint," Stefanie Wurst, Head of the MINI Brand said in a press release.

In addition to an electric powertrain, the Concept Acemen uses no leather and avoids chrome, which creates emissions in the plating process.

Mini calls the new look Charismatic Simplicity, and says it focuses on the essentials while embracing technology. The Aceman's design has a distinctive Mini look and employs some playful flourishes that play off the car's British roots. Elements of the British Union Jack flag appear in the roof rack and in the new face and rear lighting via matrix LED lighting. This lighting, which is accompanied by a sound, also provides a start-up animation and glows brighter when people approach the car. A five-door hatchback with Mini's signature short front and rear overhangs, the Aceman gets crossover cues like the roof rack and cladding around the wheels and along the lower body. Mini calls it a crossover, but it looks more like a car to us.

It stretches just 159.4 inches long, giving it a subcompact footprint, but its 78.3-inch width and 62.6-inch height are similar to the measurements of compact or mid-size crossovers.

Up front, an illuminated octagonal face replaces the current cars' chrome-ringed hexagonal look, and the headlights are now rounded-off trapezoids instead of circular. The headlights and running lights also get a green hue, which we doubt will make it to production. Along the sides, the wheel arches are quite pronounced with a blocky look. The car rides on 20-inch wheels in concept form, but we'd expect smaller wheels in a production car.

The concept is painted Icy Sunglow Green with a British Racing Green roof and dark matte green lower body cladding. Down low, the wheels are navy blue and the underbody panels are royal blue. Speakers on the front and rear bumpers painted with an orange-pink hue warn pedestrians that the car is in the vicinity.

A panoramic roof gives the simple cockpit design an open feel. Mini says the dash is styled like a sound bar and made from a soft textile. Its flat surface is interrupted by a single round digital display to handle the gauges and infotainment information. As per the Mini custom, a row of toggle switches and rotary knobs sits below it to adjust the audio system, set the parking brake, select gears, and switch between Mini's Experience Modes. These modes provide their own color and sound palettes and access to various infotainment functions. Velvet velour upholsters the seats and steering wheel.

Mini provided no information on the powertrain power, battery pack size, or electric driving range. Hopefully, a production Acemen will feature a larger battery pack that can deliver more than 114 miles of range.

The Aceman is likely to pave the way for future Mini EVs. Mini has confirmed it will introduce its last gas-powered car in 2025 and only sell electric cars by the early 2030s.

The Mini Concept Aceman will make its public debut Aug. 23-28 at the Gamescom 2022 computer and video games fair in Cologne, Germany.