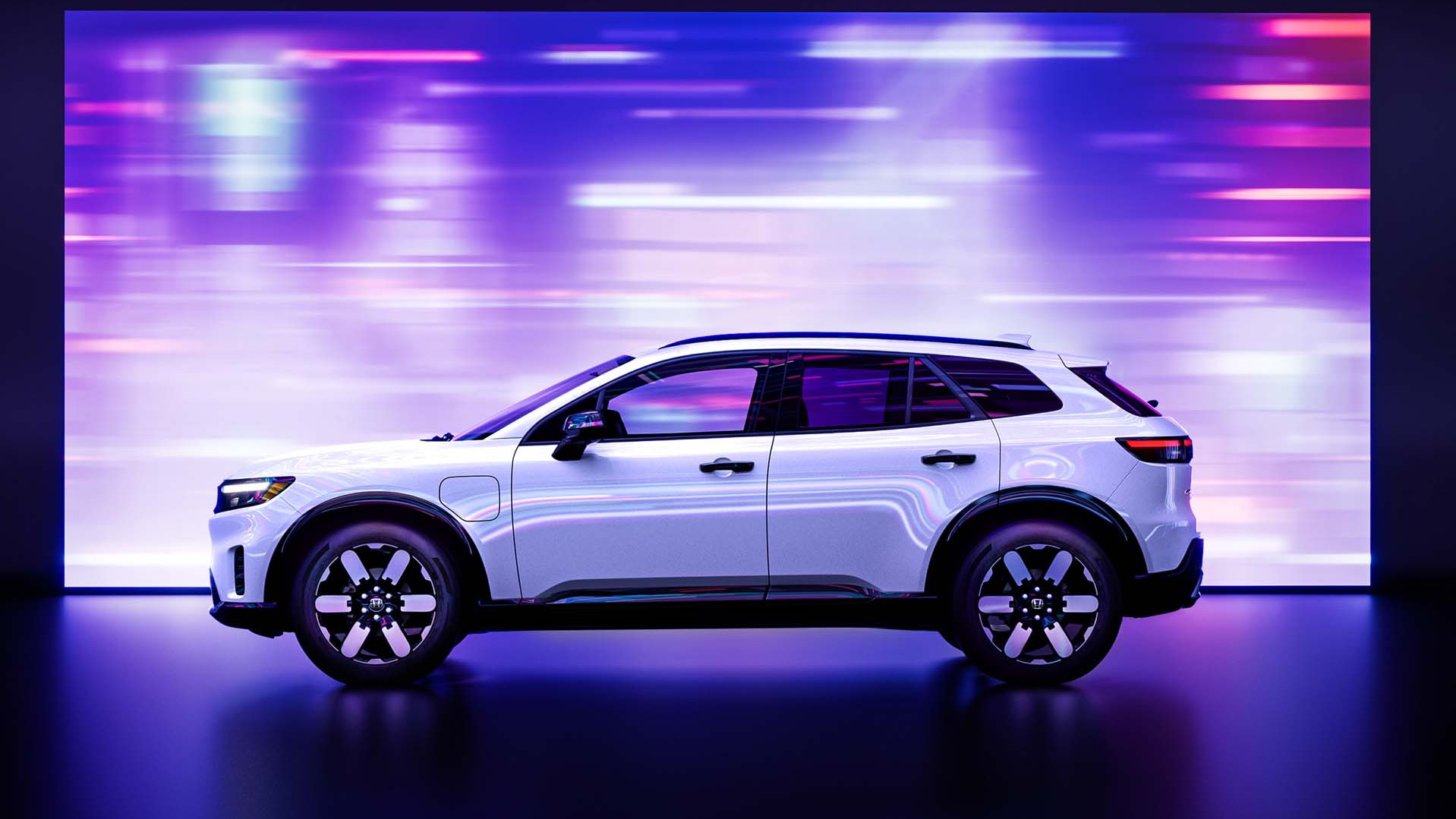 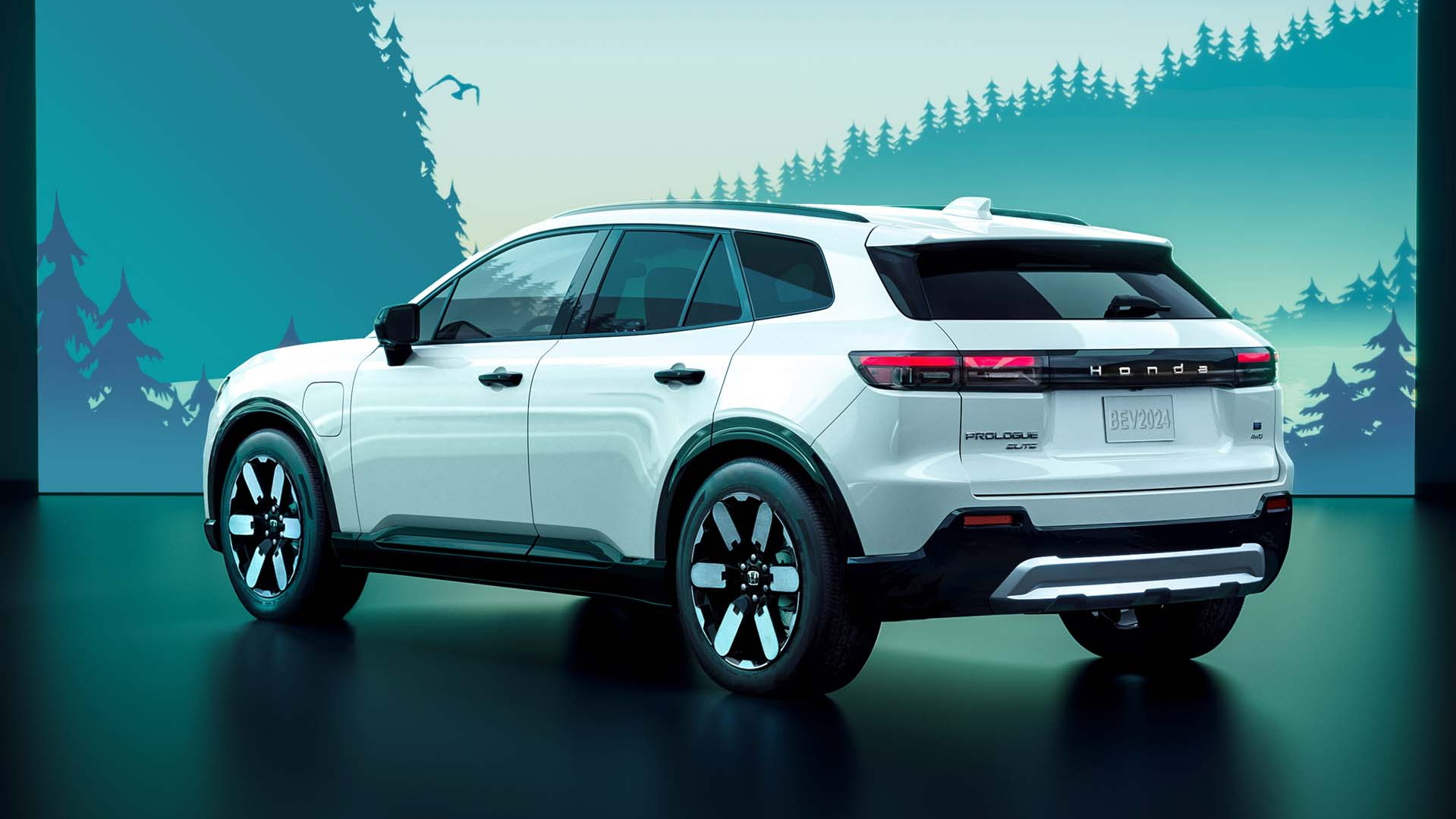 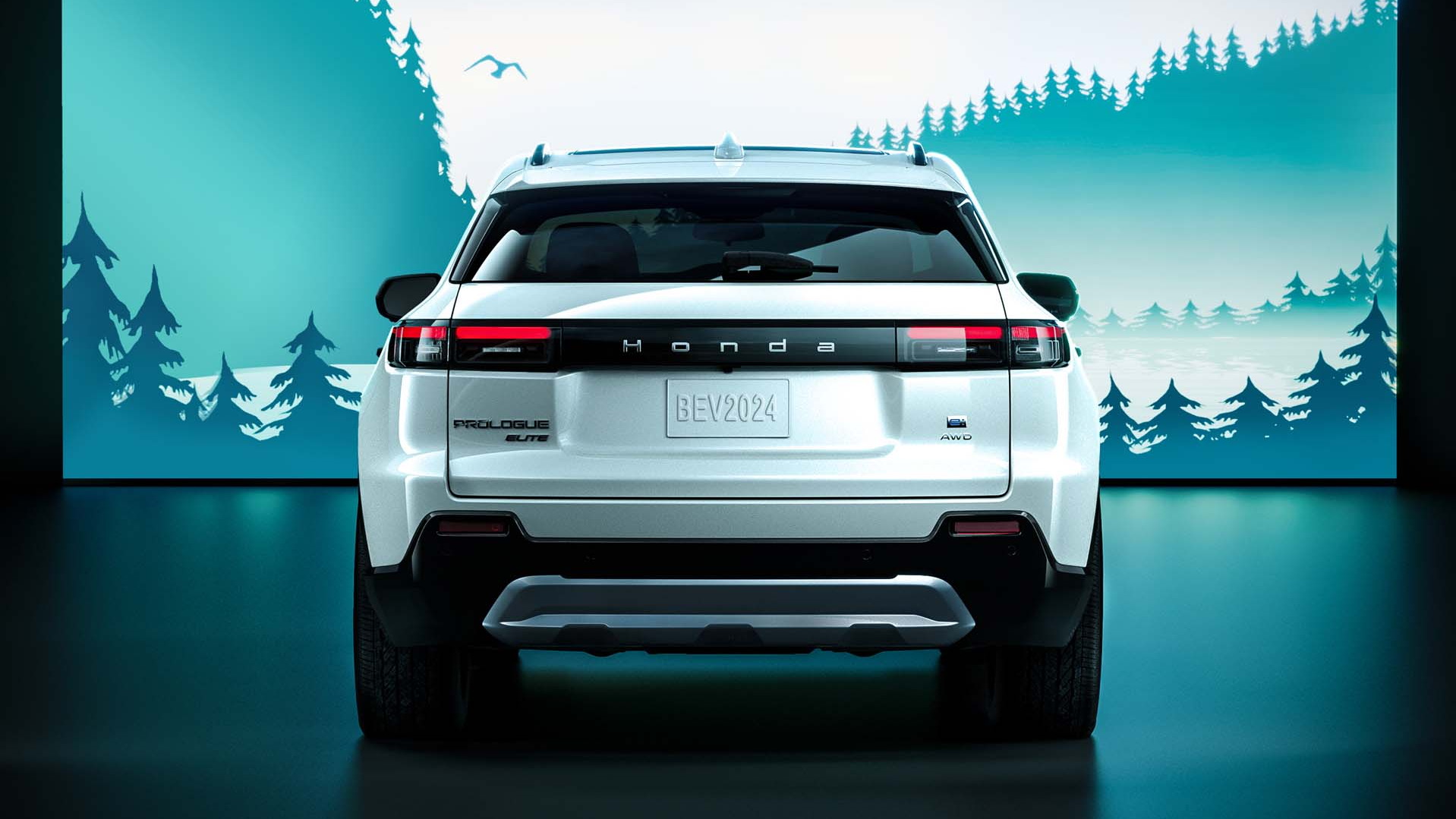 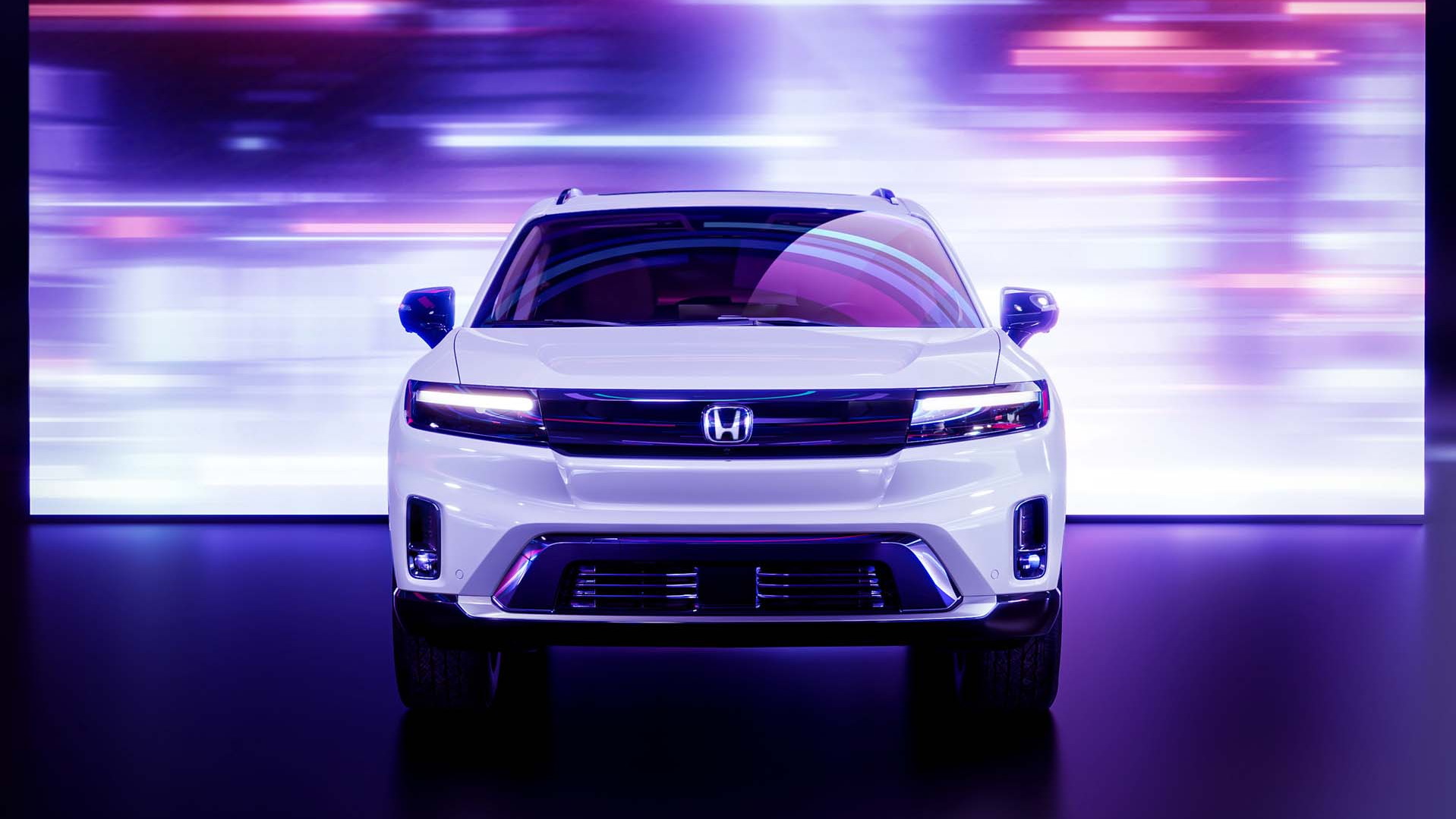 Honda's given a glimpse into its future as it pre-games for the electric era.

On Thursday, the Japanese automaker revealed the 2024 Honda Prologue electric crossover's exterior and interior along with some dimensions to provide some perspective ahead of the vehicle's arrival in 2024. 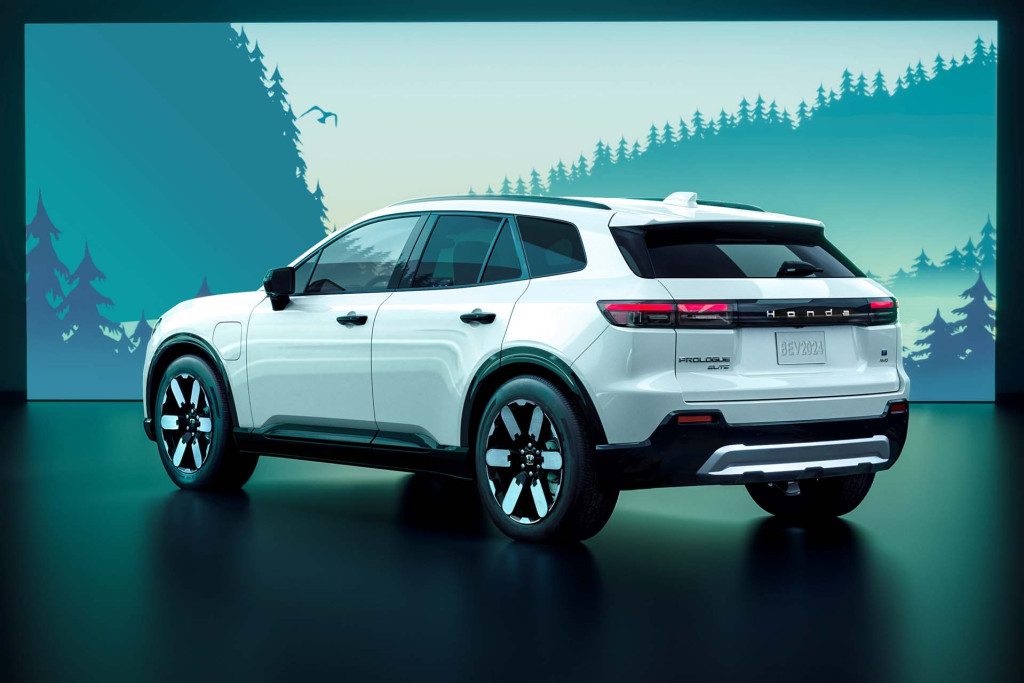 The clean, simple exterior design possibly hints at Honda's next-generation lineup, with smoothed-over sheet metal putting a focus on aerodynamics. The slim horizontal LED lighting up front plays off the current Honda design language while the rear is a new take on the latest HR-V compact crossover.

Honda notes the typical H badge has been replaced on the tailgate by the full Honda brand name spelled out in an overly stylized typeface. The Prologue will be available with 21-inch wheels and a panoramic roof, the automaker also confirmed. 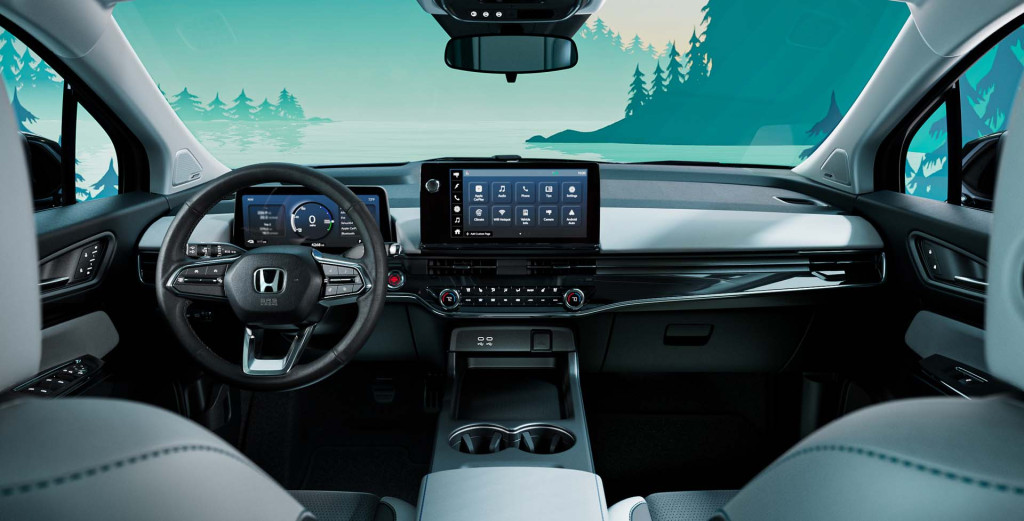 Inside the Prologue is a mishmash of Honda and General Motors bits, the latter also supplying the platform and battery technology for the vehicle, as well as a production site.

The standard 11.0-inch digital gauge cluster and 11.3-inch touchscreen infotainment system don't align with the 2024 Chevrolet Equinox EV or 2024 Blazer EV upon which the Prologue shares much of its internals. But the steering wheel and climate controls appear to be either the same or similar to what's found in its GM brethren. 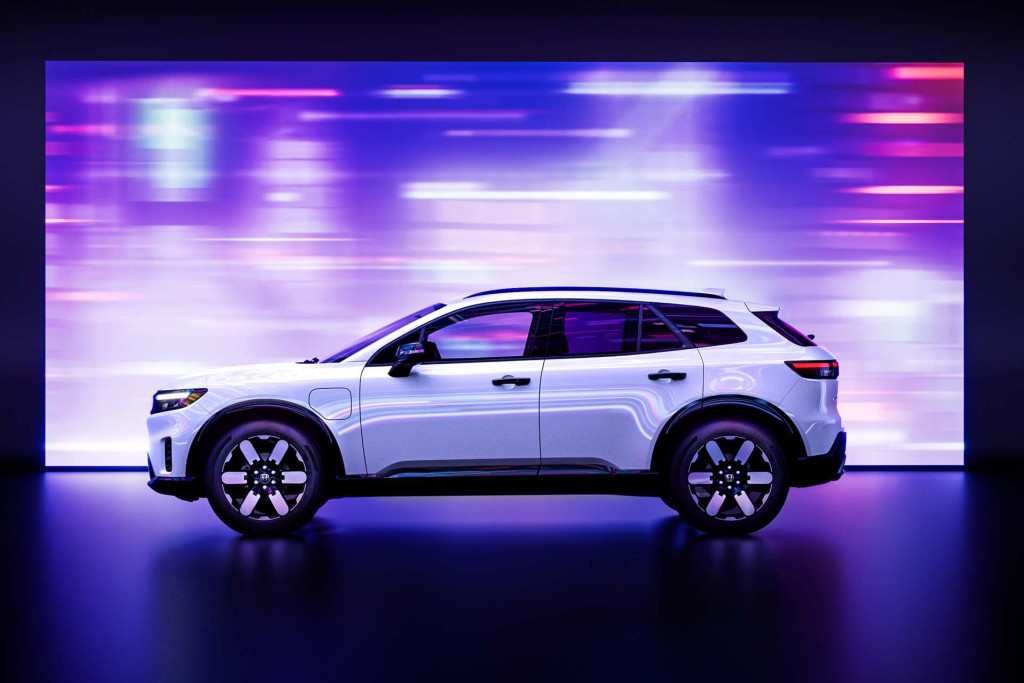 Honda said the Prologue rides on a 121.8-inch wheelbase, which is about eight inches longer than on the 2023 CR-V. GM hasn't released hard specs for the Equinox EV or Blazer EV, but that wheelbase is the same as the Cadillac Lyriq which also uses the platform and batteries found in the Honda and two Chevrolets, known as Ultium technology.

Honda said the Prologue's overall length will be 192.0 inches, which is about four inches shorter than both the Lyriq and current Pilot, and about 10 inches longer than the Passport.

Pricing hasn't been announced, but Honda said when the Prologue arrives in 2024 it will sit above the CR-V and alongside the Passport in the automaker's lineup. The 2022 Honda Passport costs $40,320.