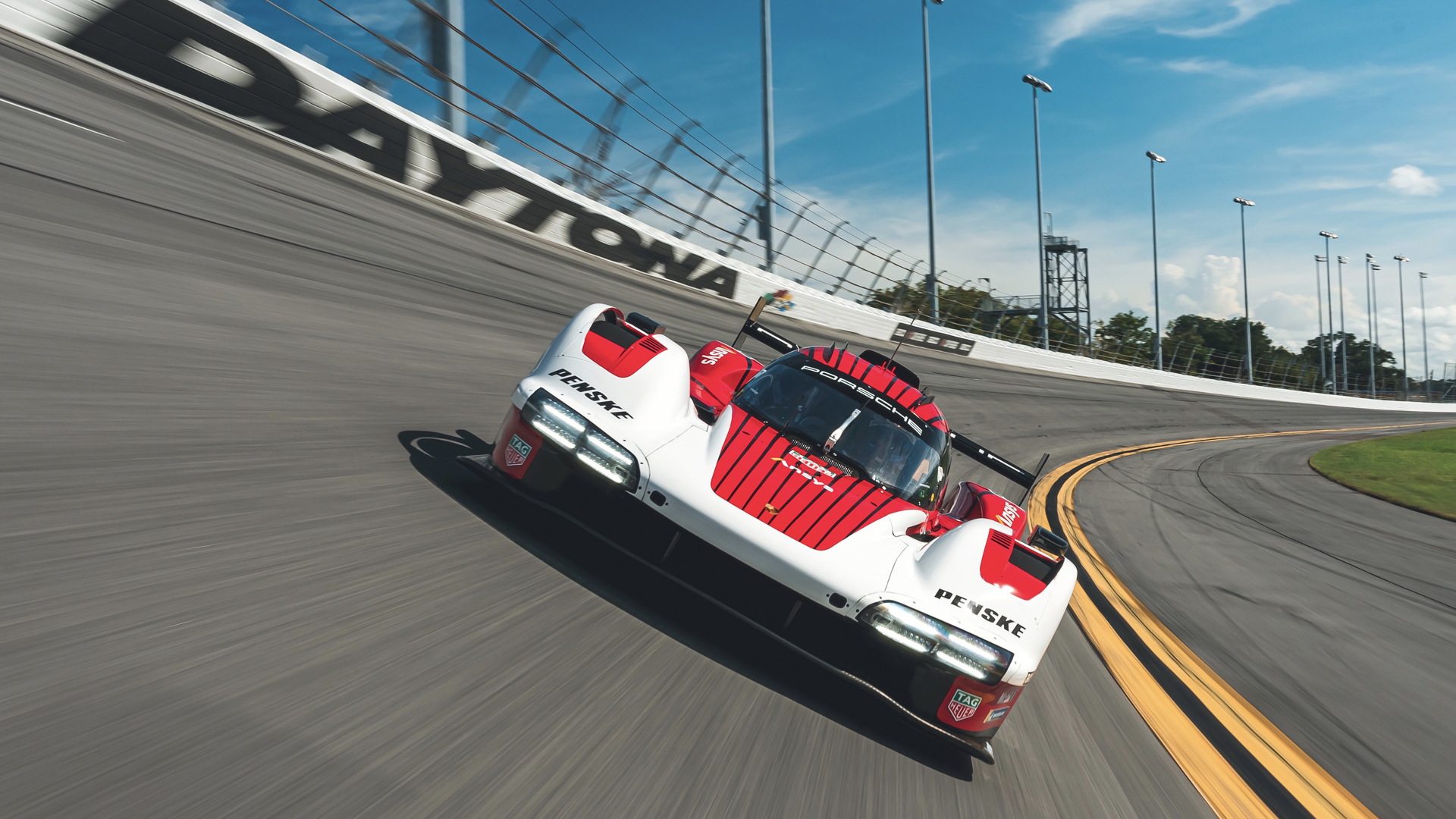 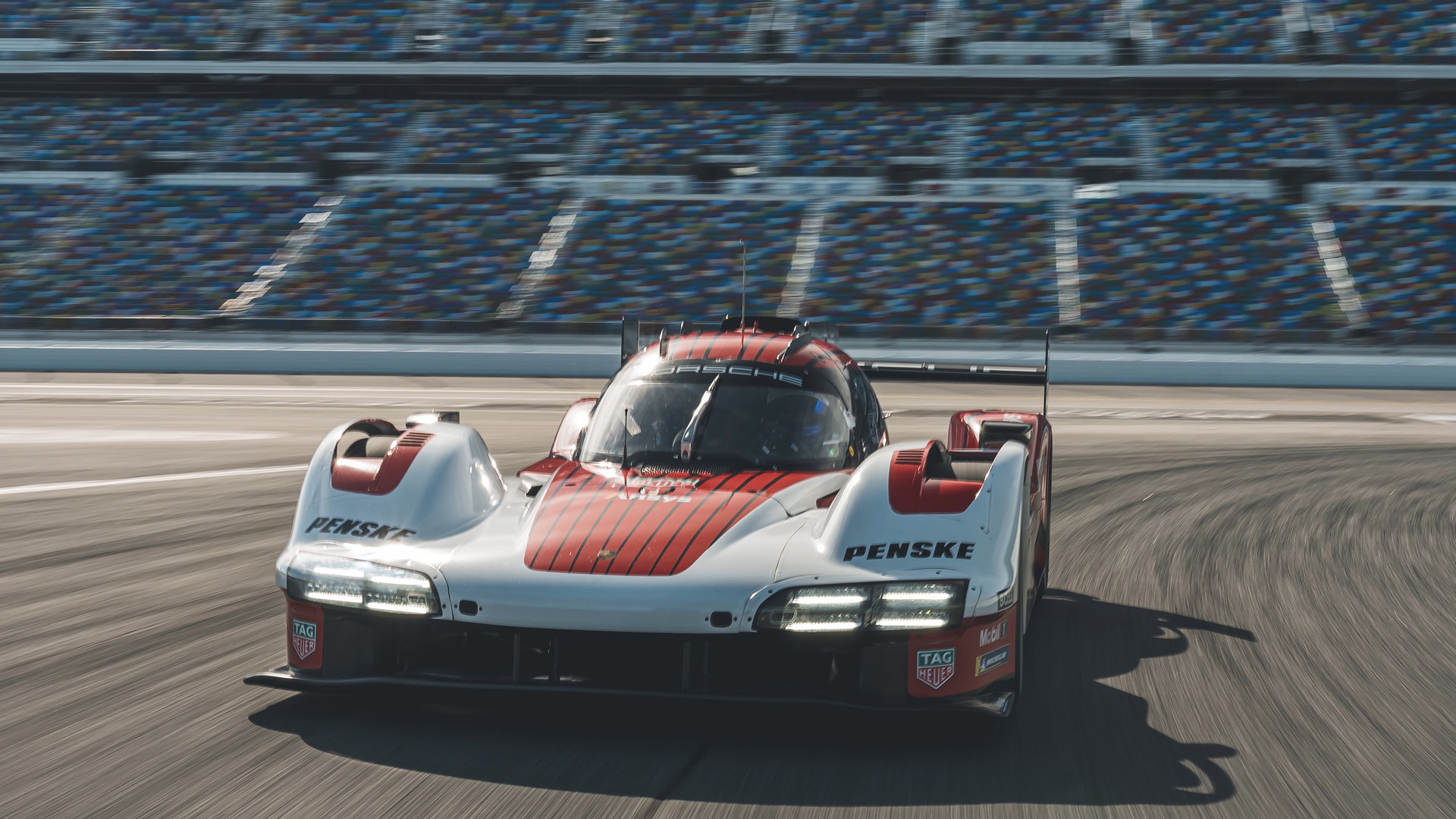 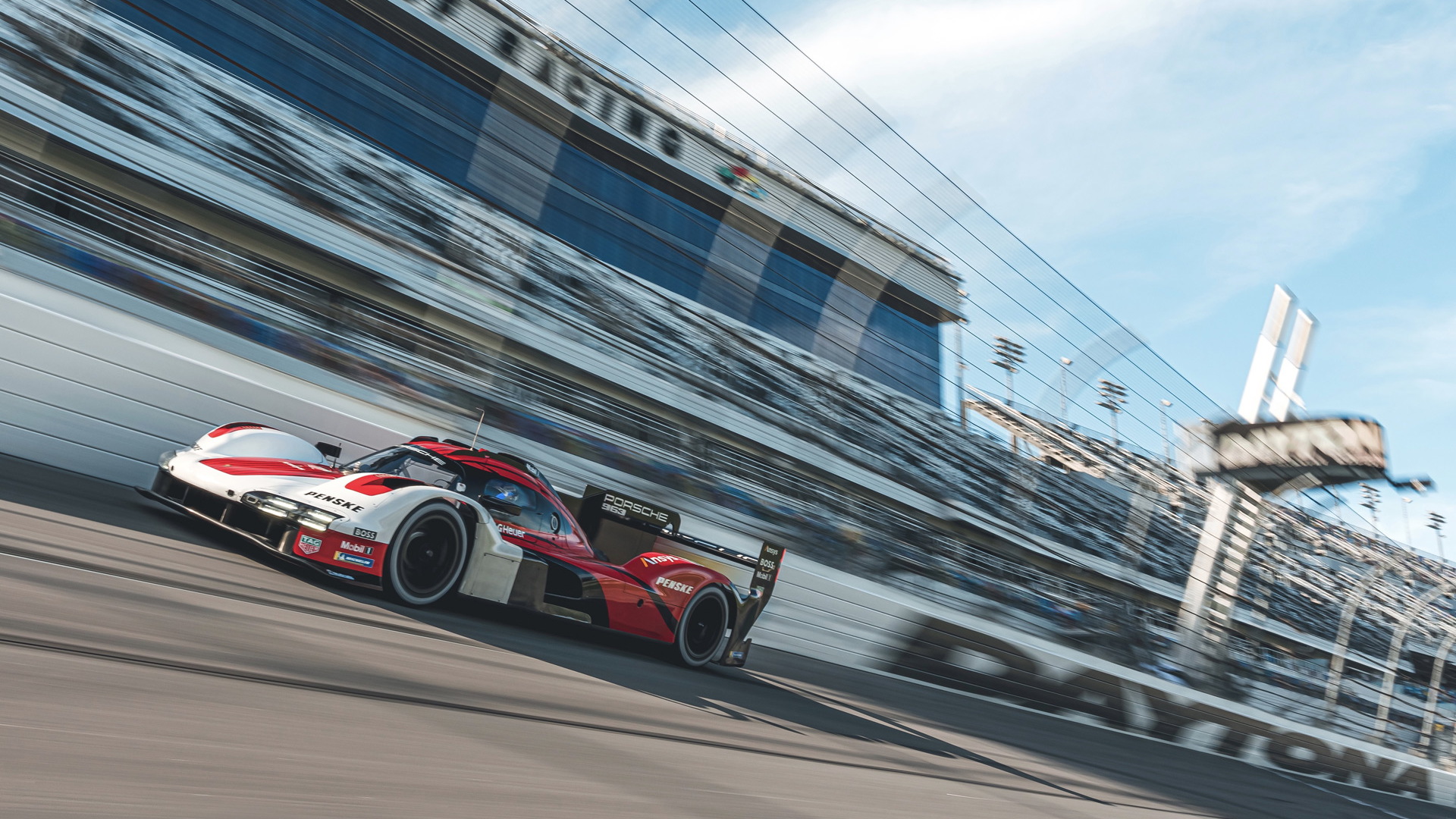 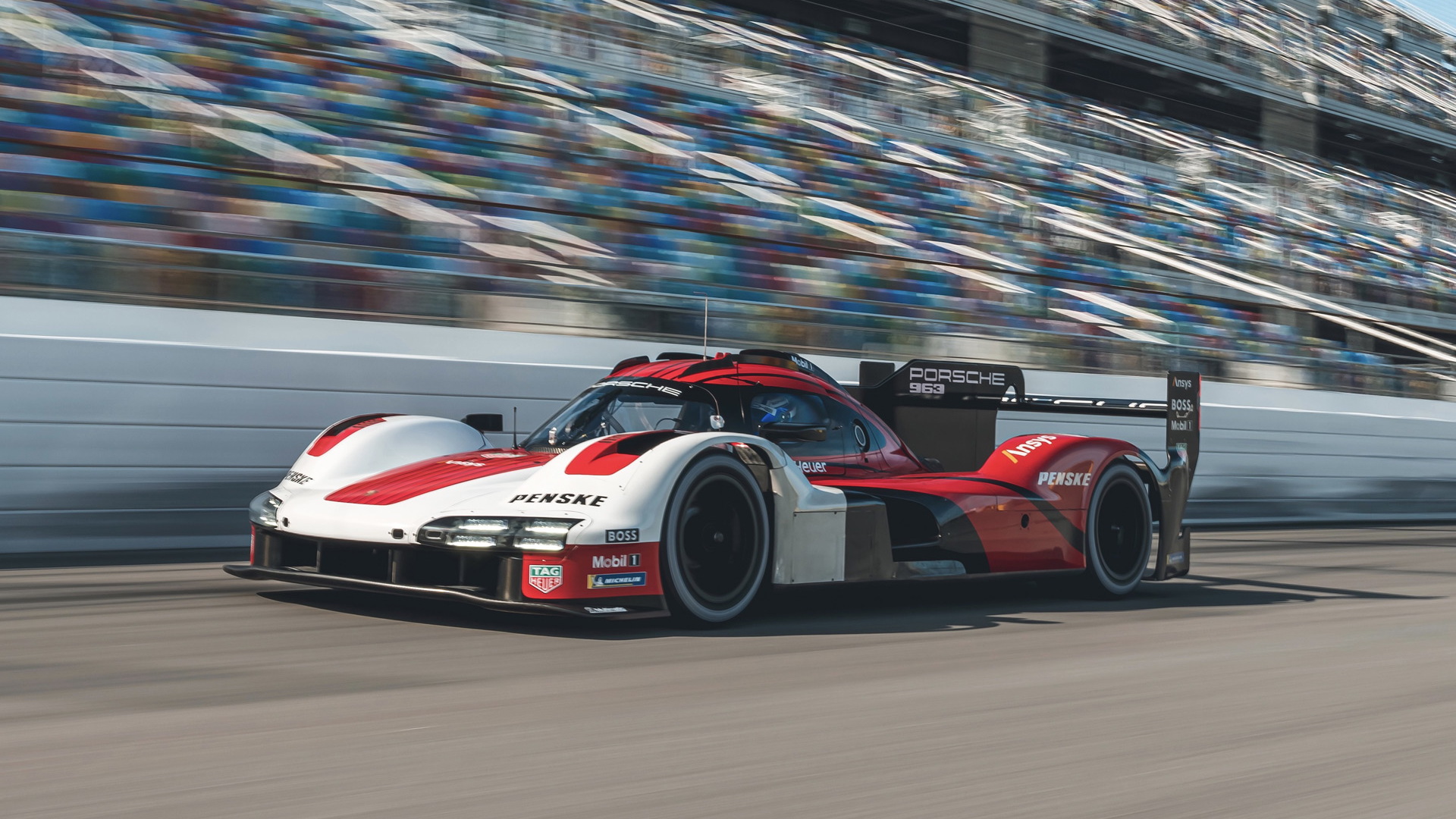 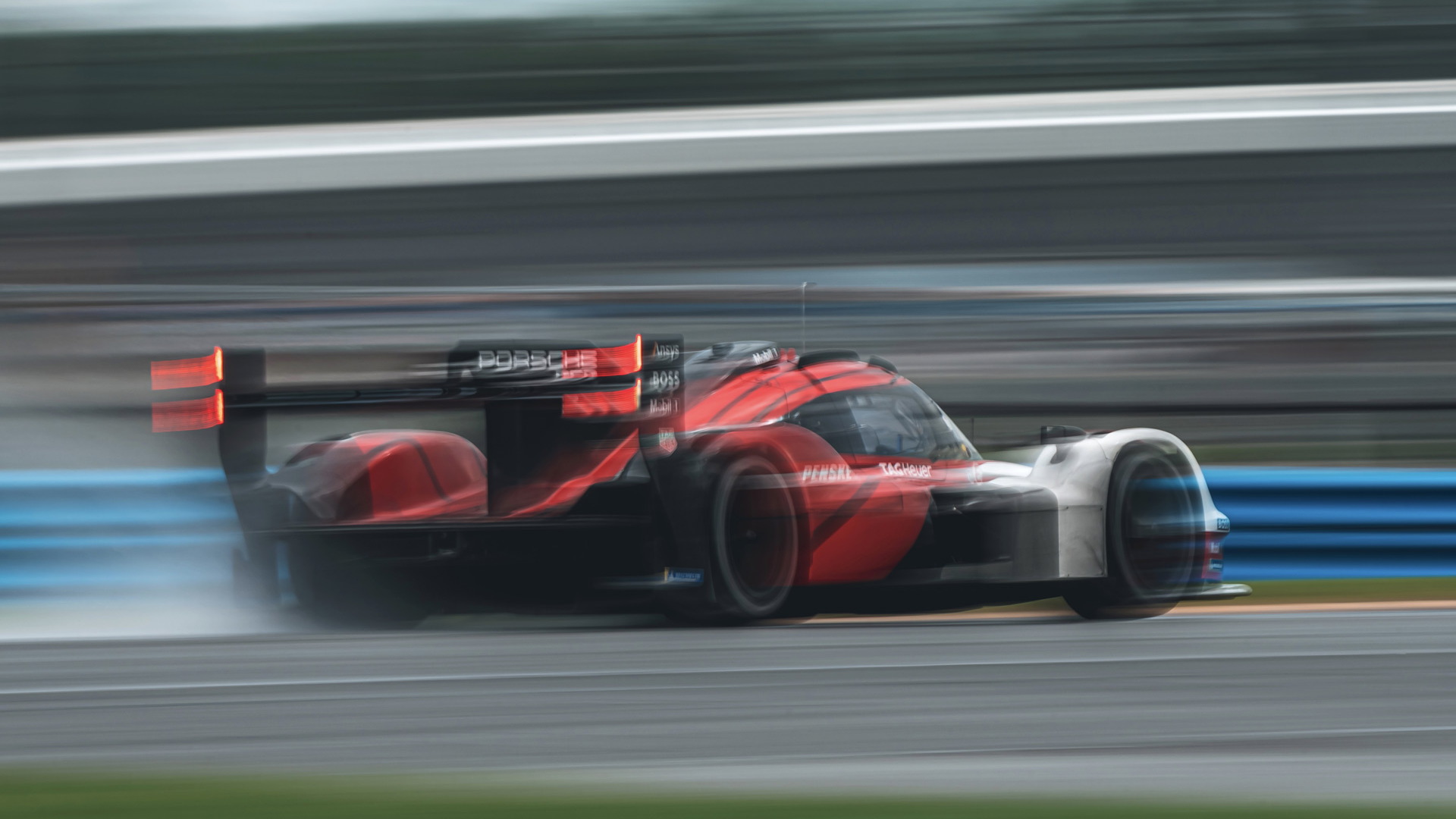 Porsche's 963 and the rest of the new LMDh field are just months out from their first race, the 2023 24 Hours of Daytona, which will serve as the opening round of the 2023 IMSA SportsCar Championship.

Ahead of the new season, and that first race, Porsche has been conducting a series of tests for the 963, with the most recent taking place earlier in September at Daytona International Speedway. A total 397 laps were completed, representing a distance of more than 1,400 miles.

The conditions were particularly punishing, as man and machine faced ambient temperatures of around 95 degrees during the day (and even hotter at the track surface), and also humidity of over 90% and regular downpours. Taking turns behind the wheel were factory drivers Dane Cameron, Matt Campbell, and Mathieu Jaminet.

Unveiled in June at the 2022 Goodwood Festival of Speed, the Porsche 963 is the first of a new generation of top-level endurance racers built to LMDh regulations. The cars will compete alongside similar cars built to existing LMH regulations, with Balance of Performance rules to ensure an even playing field.

Acura, Alpine, BMW, and Cadillac are also committed to LMDh, while ByKolles, Ferrari, Glickenhaus, Peugeot, and Toyota are all committed to LMH. Lamborghini also announced in May it will join the LMDh fold in 2024. Audi was also set to join LMDh in 2023 but in August announced it had canceled the effort to focus resources on a planned Formula 1 entry in 2026.

In line with LMDh regulations, the powertrain in Porsche's 963, a hybrid setup, can generate at any time a maximum output of around 670 hp. The internal-combustion component has been confirmed as a twin-turbo 4.6-liter V-8 related to the engine that powered the 918 Spyder hypercar. Porsche is yet to detail the electric side of the powertrain.

Porsche will run its LMDh campaign with America's Team Penske, under the banner Porsche Penske Motorsport. The squad is based out of Penske's headquarters in Mooresville, North Carolina, the same site where Penske oversees its IndyCar and NASCAR campaigns. In addition to the drivers mentioned above, the team has also confirmed Kevin Estre, Michael Christensen, Andre Lotterer, Laurens Vanthoor, and Felipe Nasr.