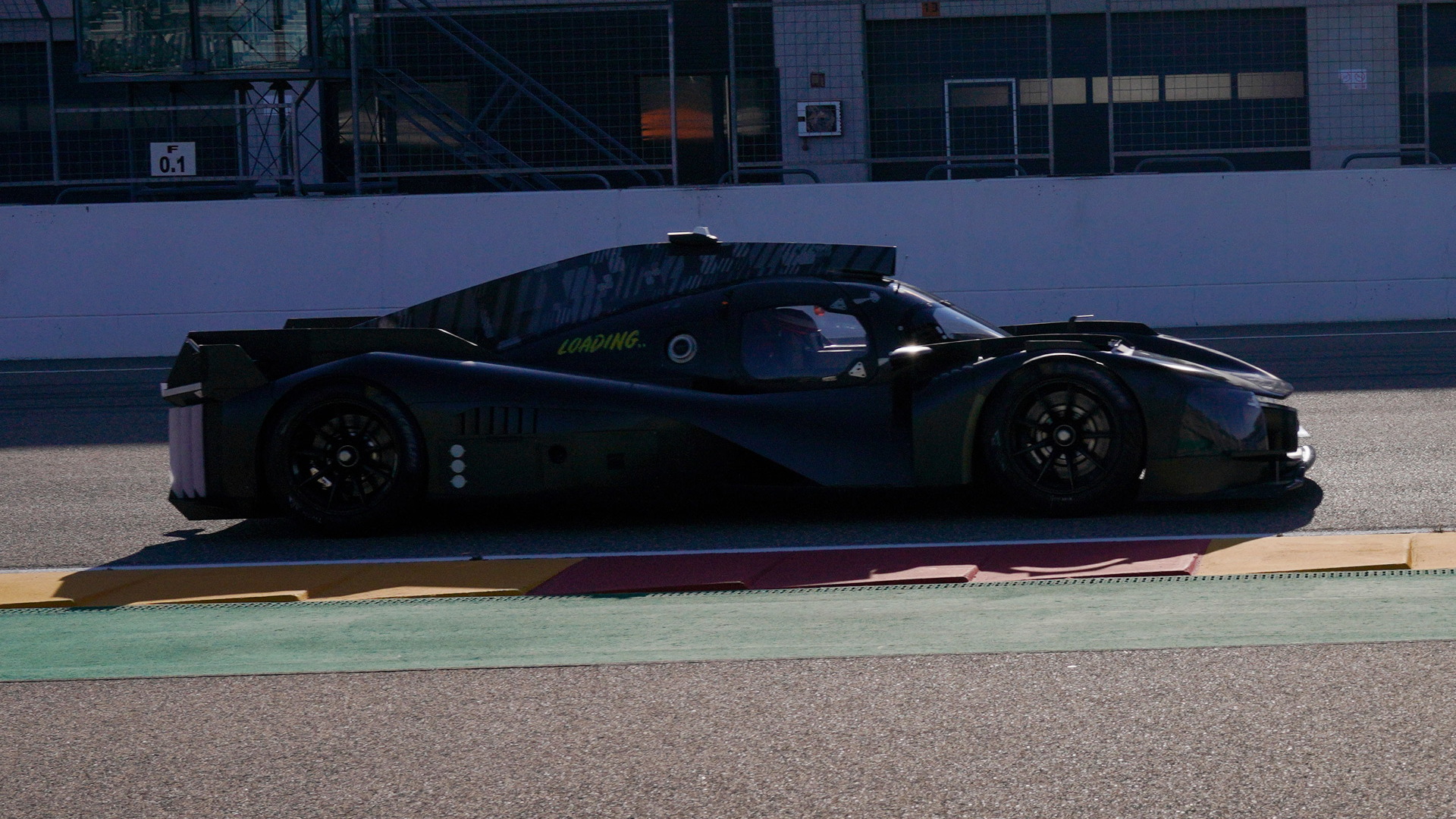 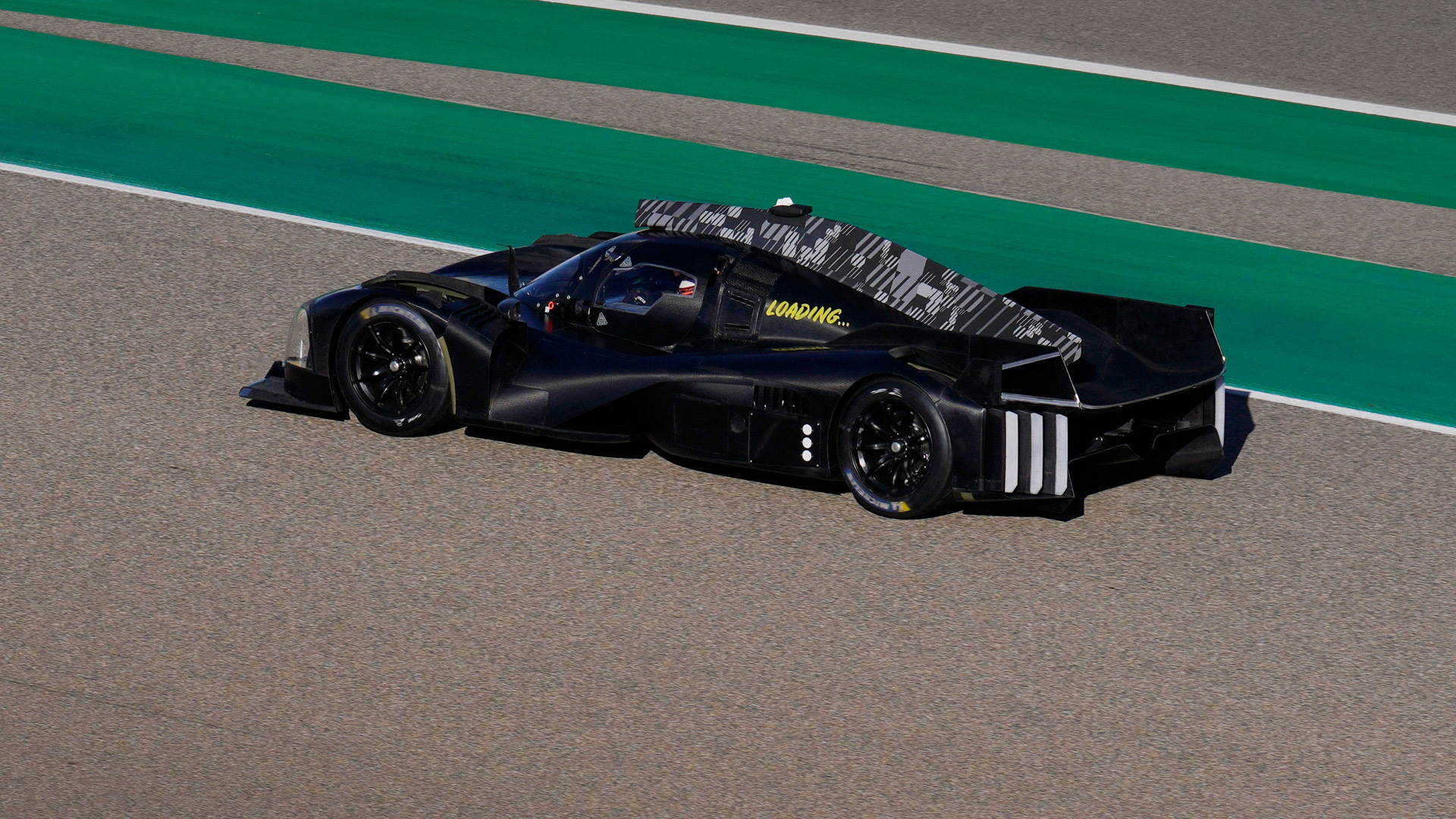 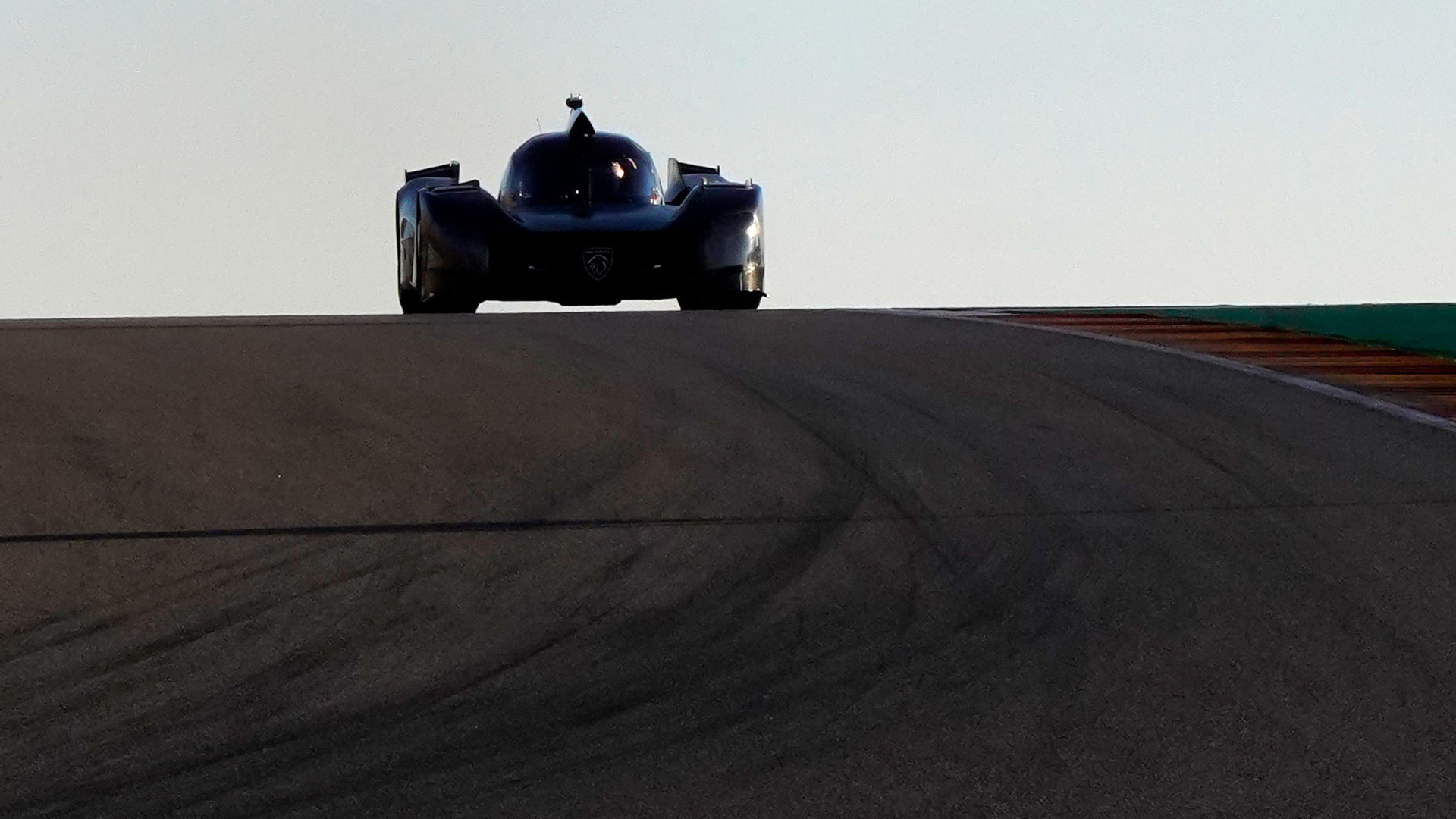 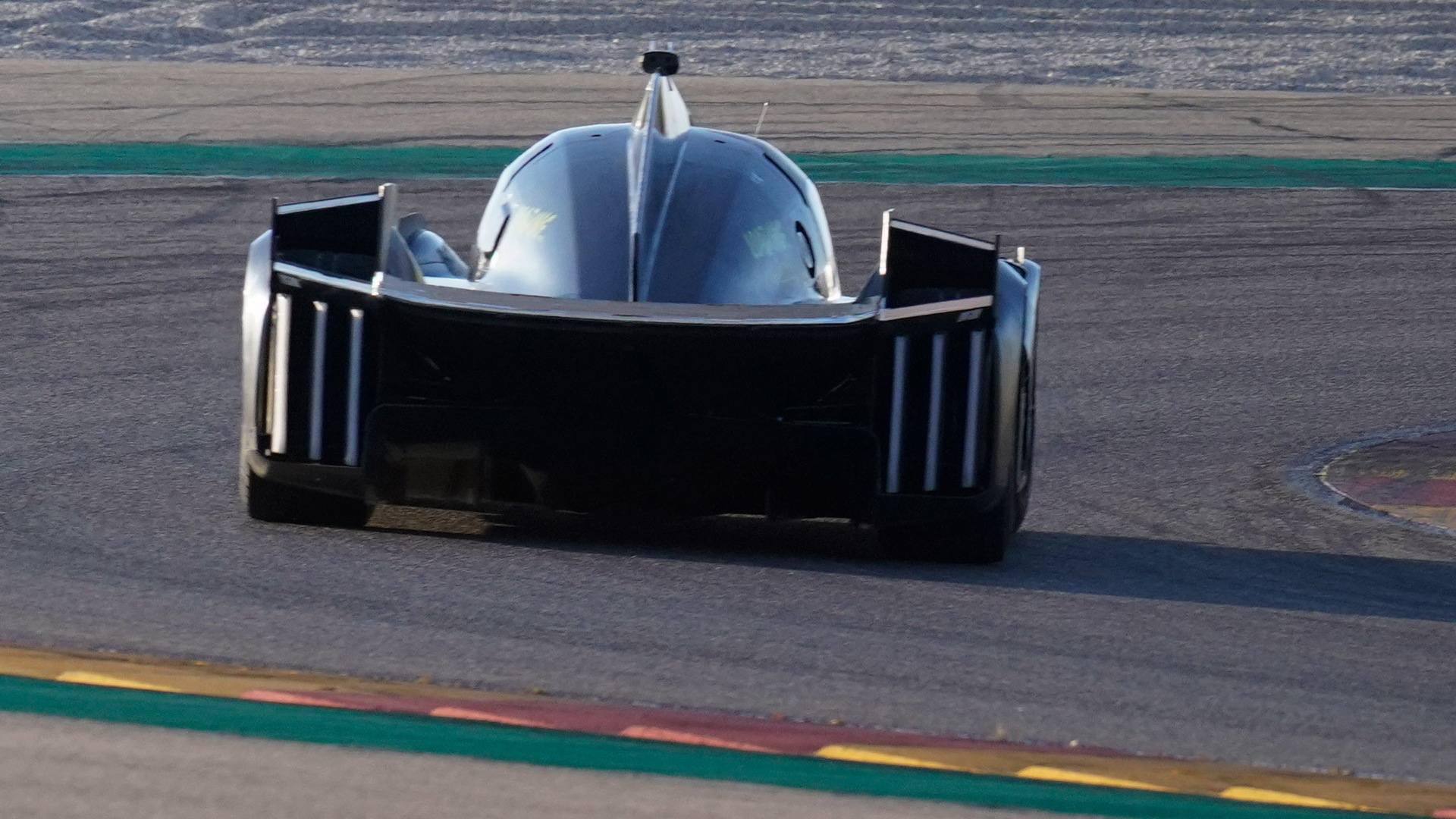 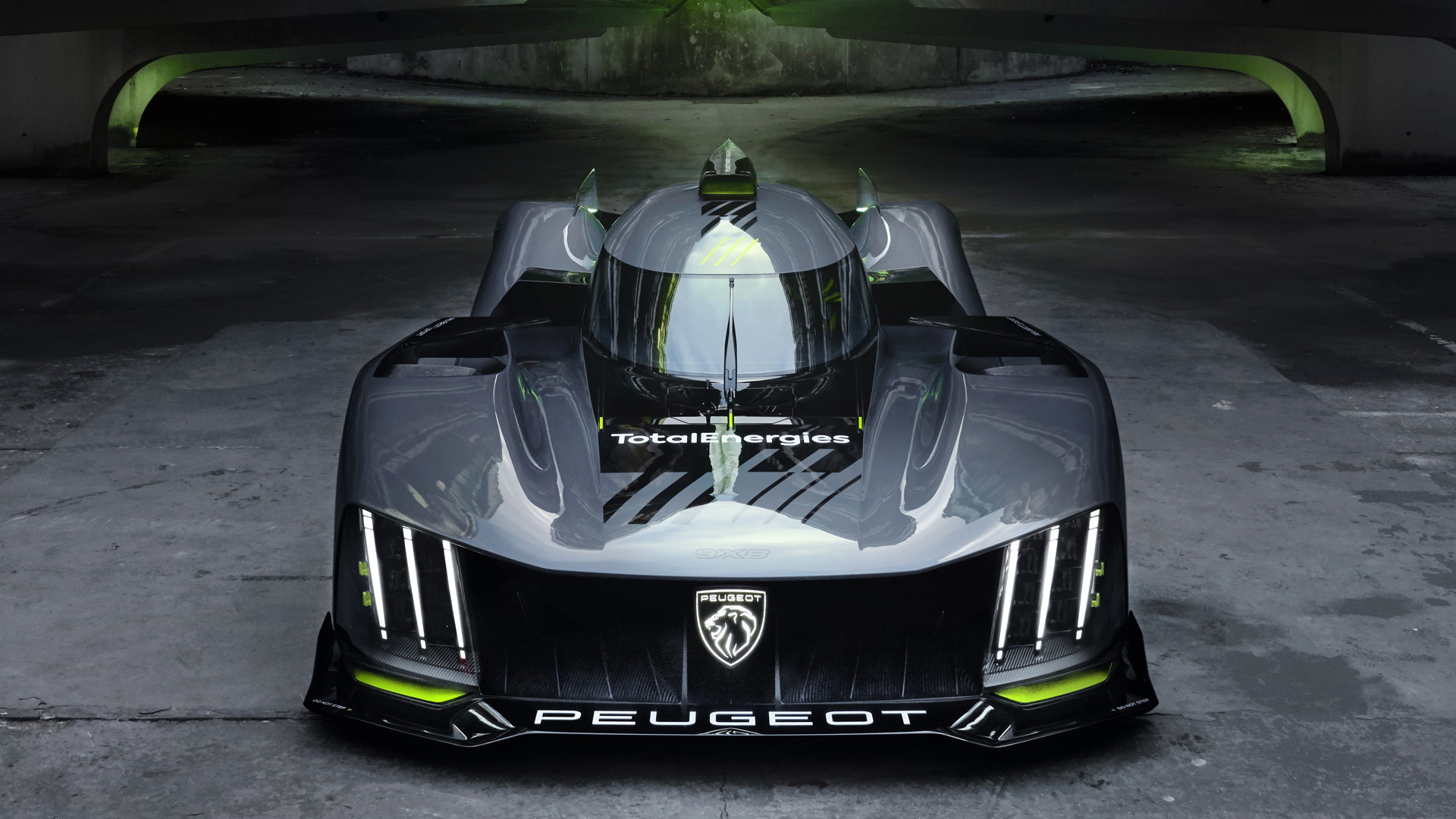 Peugeot in 2019 announced plans to enter the Hypercar class of the World Endurance Championship with a Le Mans Hypercar racer (the class is also open to Le Mans Daytona hybrid cars), and on Wednesday the French automaker fully revealed its contender and showed it for the first time on the racetrack.

It's called the 9X8, and 2022 will be its first season of competition. The Hypercar class experienced its first season in 2021, with Toyota coming out on top with its GR010 Hybrid. Also competing last year were Glickenhaus with the 007 and Alpine with a grandfathered LMP1. Ferrari is also committed to the class but won't be ready until 2023.

Peugeot plans to enter two 9X8s in the 2022 season and has signed up several top drivers including ex-Formula One drivers Paul Di Resta and Kevin Magnussen, and 2013 Le Mans winner Loic Duval.

The 9X8 features a 2.6-liter twin-turbocharged V-6 that sends drive to the rear wheels via a 7-speed sequential transmission. It generates 670 hp on its own. An electric motor-generator drives the front wheels, and generates 268 hp on its own. In line with the rules, the two power units working together can only generate a maximum 670 hp. The rules also call for a minimum weight of 1,030 kilograms (approximately 2,270 pounds).

Electricity recovered from the motor-generator is stored in a 900-volt battery pack developed by Saft, a subsidiary of oil company and Peugeot technical partner Total Energies. The pack is housed in a carbon casing behind the driver, and underneath the fuel tank.

Perhaps the most striking feature of the 9X8 is its lack of a rear wing, which is unusual for a modern race car. Peugeot doesn't want to reveal its secrets but hinted that the rest of the car's aerodynamic efficiency is what makes the wing-less design possible.

Under the current rules, teams also need to offer a vehicle with a similar powertrain concept to their LMH cars for public sale, which Peugeot will do with future performance hybrid models. Earlier plans called for a rule requiring teams to offer a road-going version of their LMH race cars to the public. Right now only Glickenhaus plans to offer such a car. Toyota came close but ultimately abandoned the plan in December.

Peugeot said it will miss the opening round of the 2022 WEC season, in this case the 1000 Miles of Sebring scheduled for March 18 at Florida's Sebring International Raceway. This means the 9X8's first race will be round two, the 6 Hours of Spa on May 7 at Belgium's Spa-Francorchamps.

Peugeot has a long and successful history in top-level endurance racing, with its 905 and 908 prototypes racking up numerous wins, including three at Le Mans. However, it's going to be tough come the 2023 season when the LMDh class joins the party. LMH and LMDh are also eligible for the premiere Grand Touring Prototype class of the IMSA SportsCar Championship, with Balance of Performance rules to make an even playing field. Alpine, Audi, BMW, Cadillac and Porsche have all committed to LMDh.