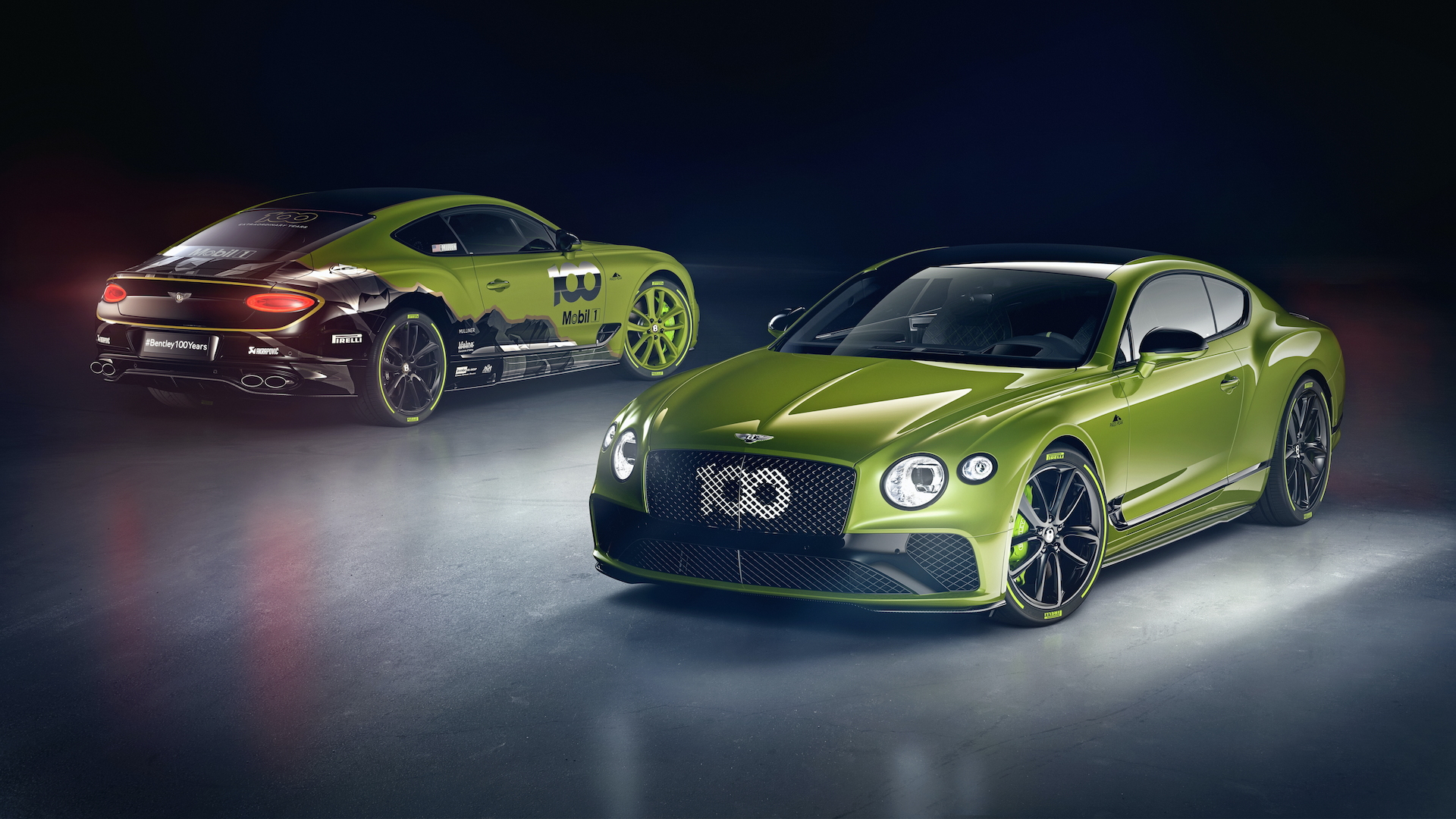 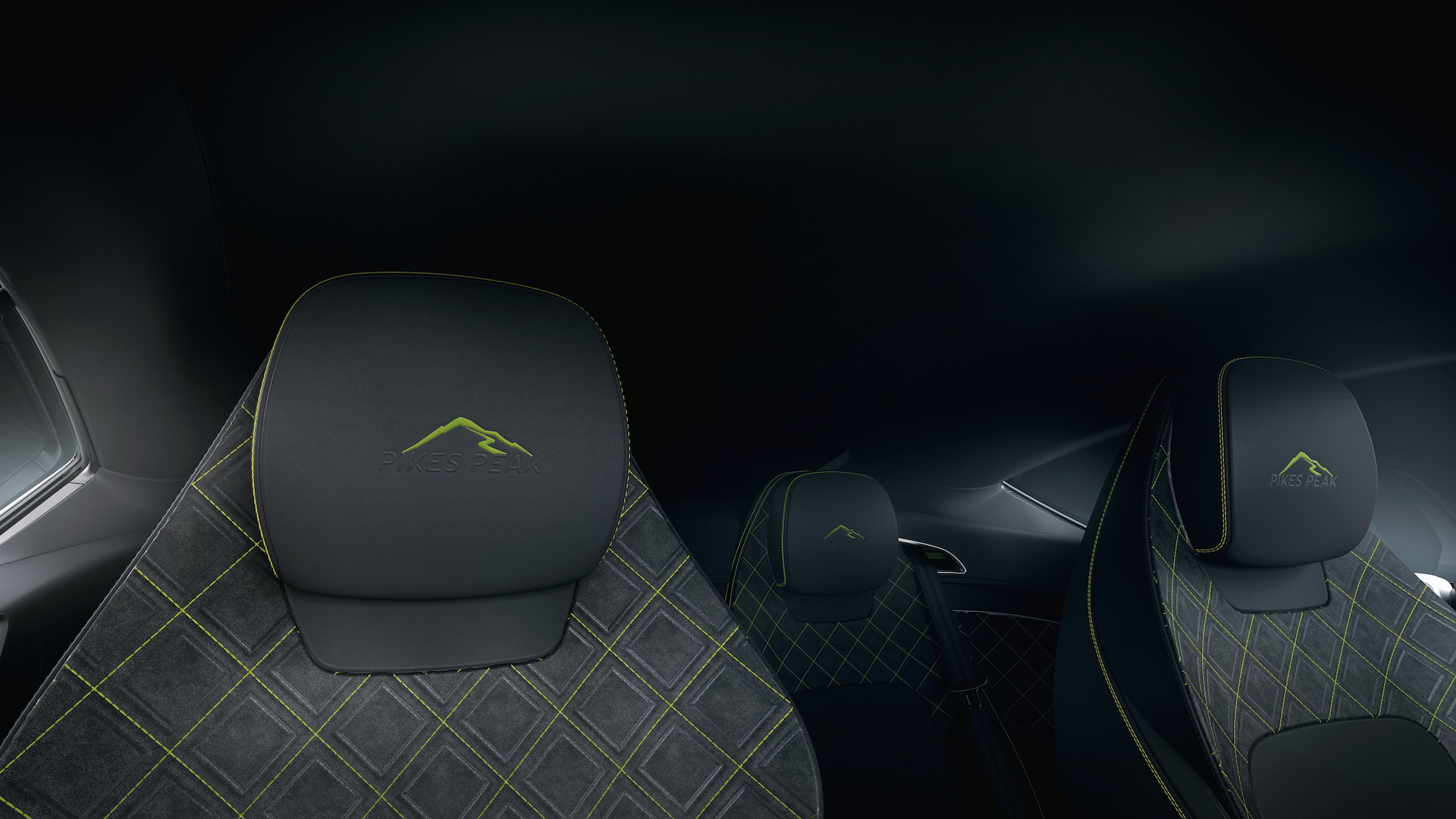 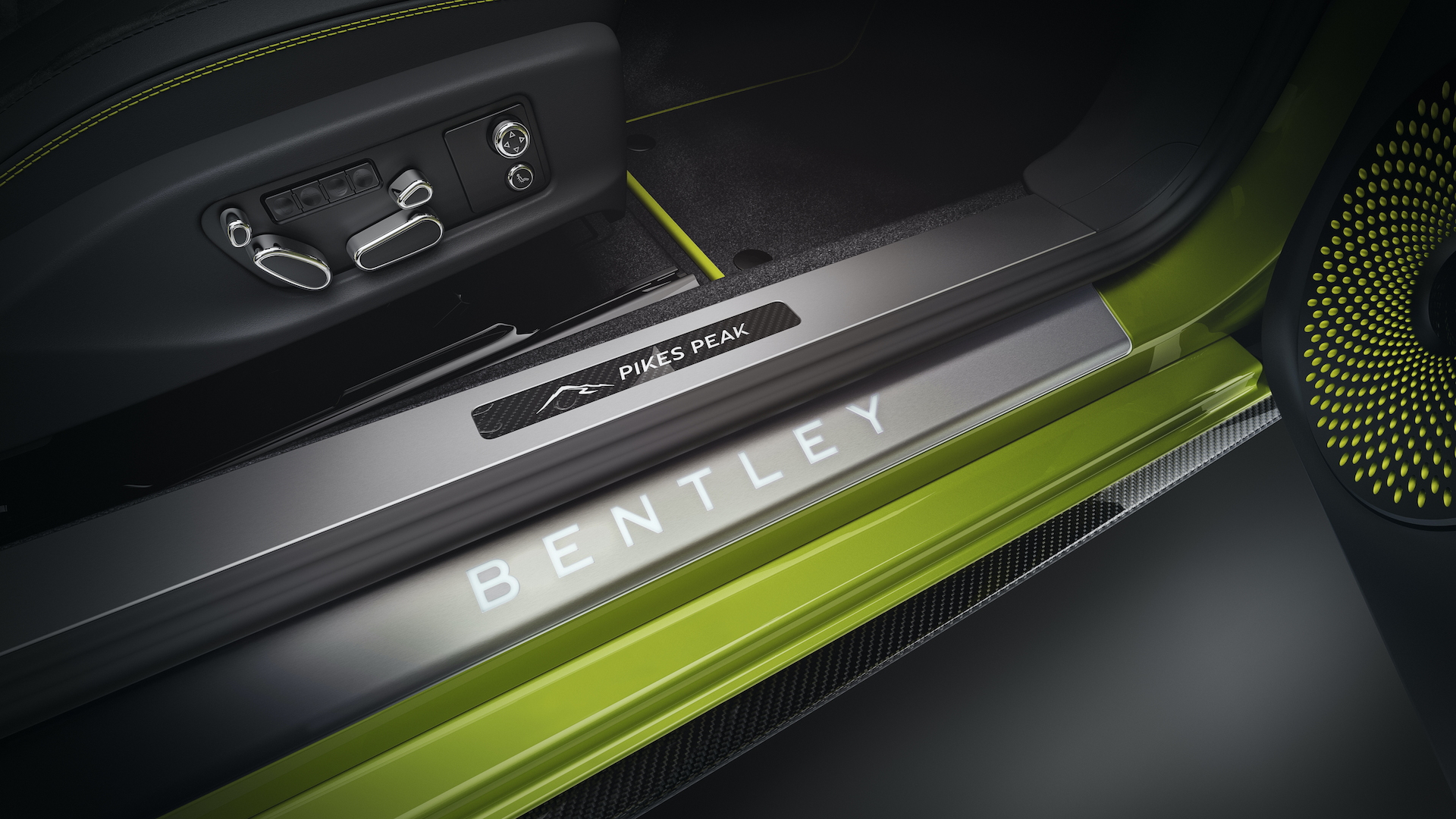 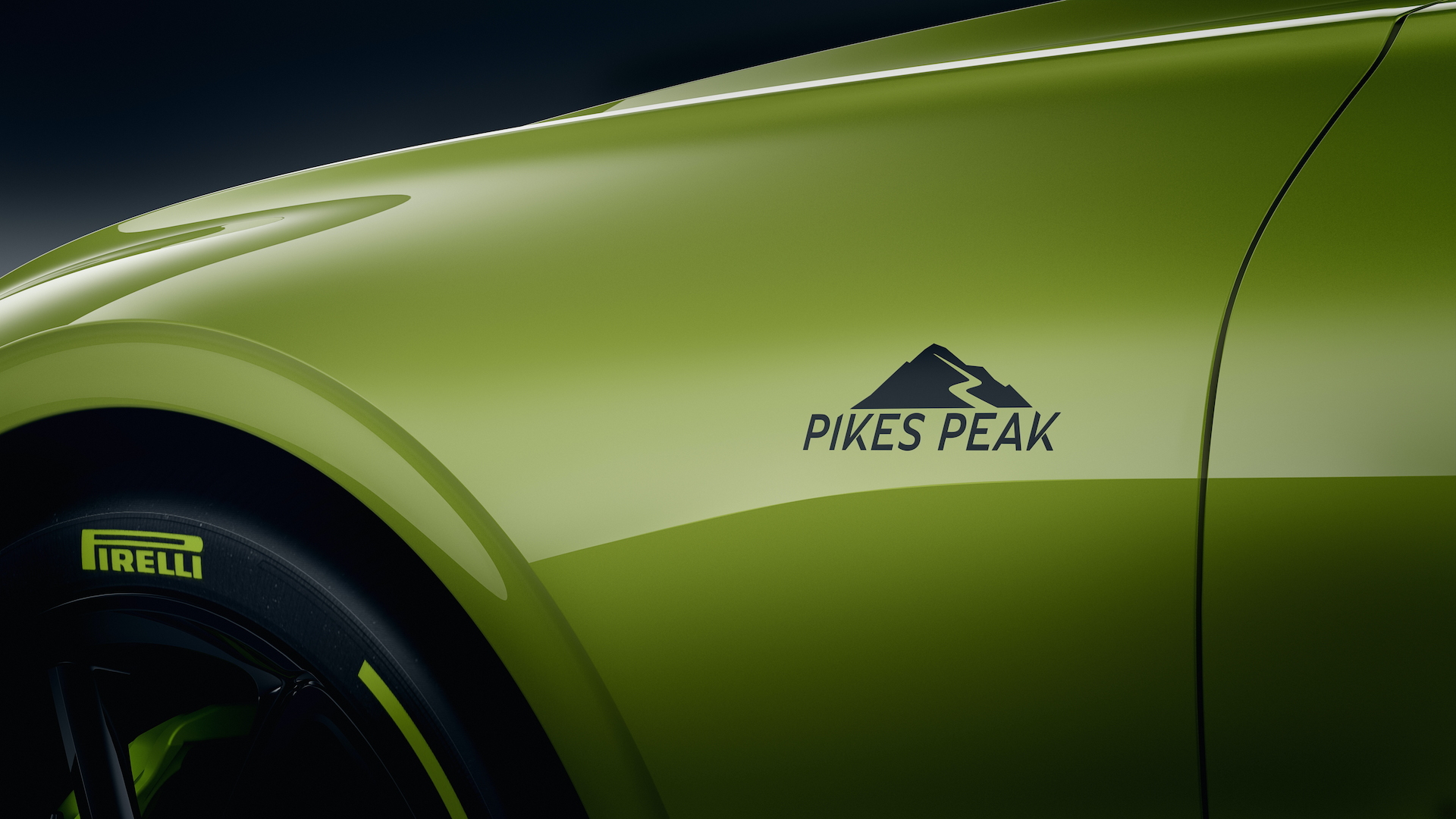 Bentley will pat itself on the back this winter with a special version of the latest Continental GT coupe.

A special Pikes Peak edition will celebrate the production-car record Bentley set earlier this year, when Rhys Millen sliced 8.4 seconds from the record then in place. The July run up the Colorado mountain set a new record for the 12.42-mile course; Millen slewed his way to the top through 156 turns in a W-12-powered Conti GT in just 10 minutes, 18.5 seconds.

The run capped a year in which Bentley celebrated its centenary, so the run of Pikes Peak cars will be capped, too. Bentley plans to build just 15 copies. Each gets electric-green "Radium" paint like the color worn by the record-breaking car, along with carbon-fiber body add-ons and gloss-black trim on the car's front bumper, roof, mirrors, and rear end. An optional "100" painted across the grille notes the company's centennial.

The cabin sports Alcantara trim with electric-green stitching on the seats and steering wheel, carbon-fiber dash trim, and piano-black console trim. On the passenger side, Bentley stencils an outline of the car's path up Pikes Peak. Five different sections of the run will be used in the 15 cars for this stencil.

The acid-green paint is also found on the brake calipers, which sit behind Pirelli P Zero tires on 22-inch Mulliner gloss-black wheels.

Acceleration remains the Continental GT's ace in the hole, on the mountain and on the pavement. Its big W-12 can catapult the heavyweight to 60 mph in 3.6 seconds while it claws its way to a top speed of 207 mph, per Bentley specs.