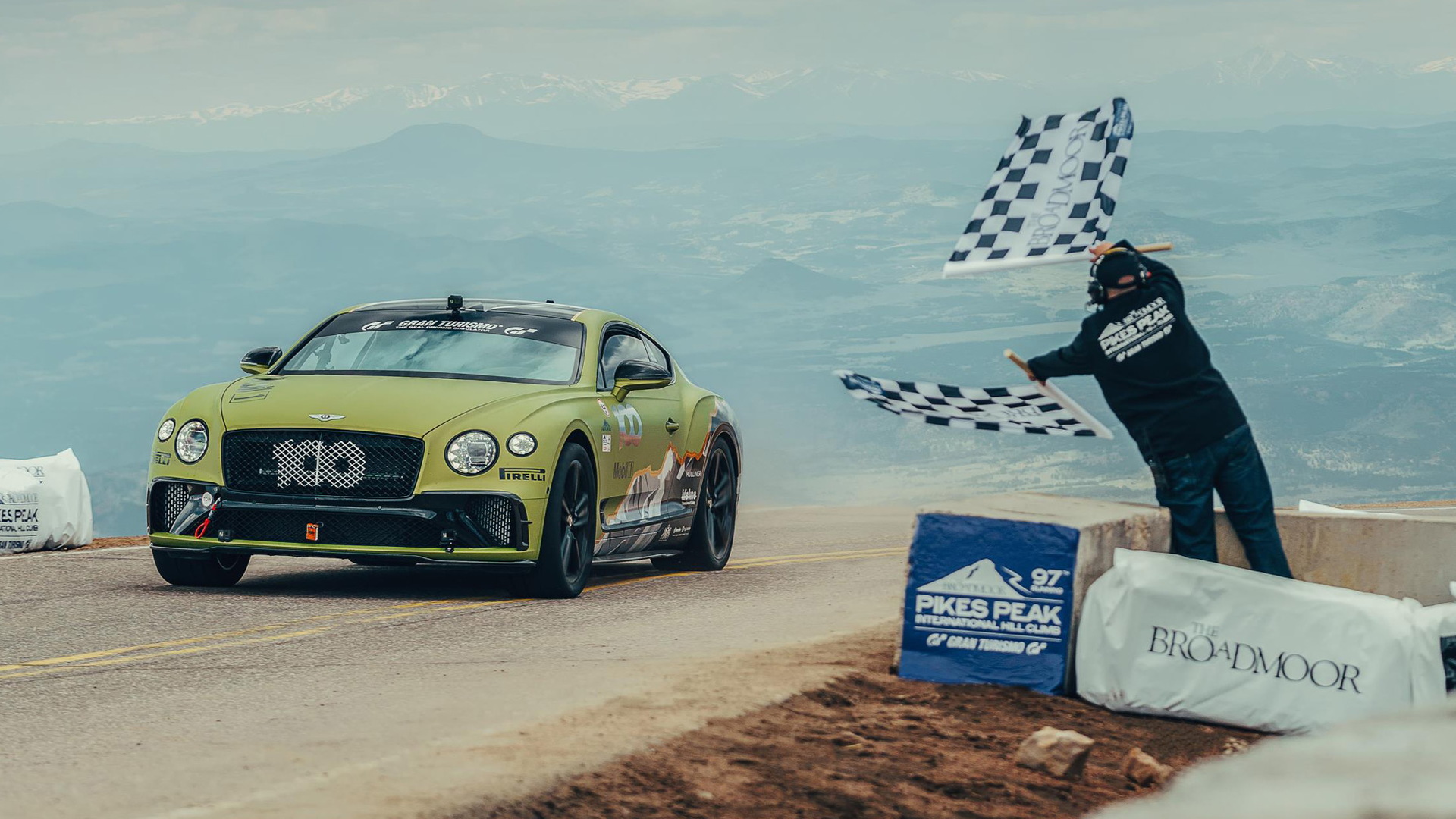 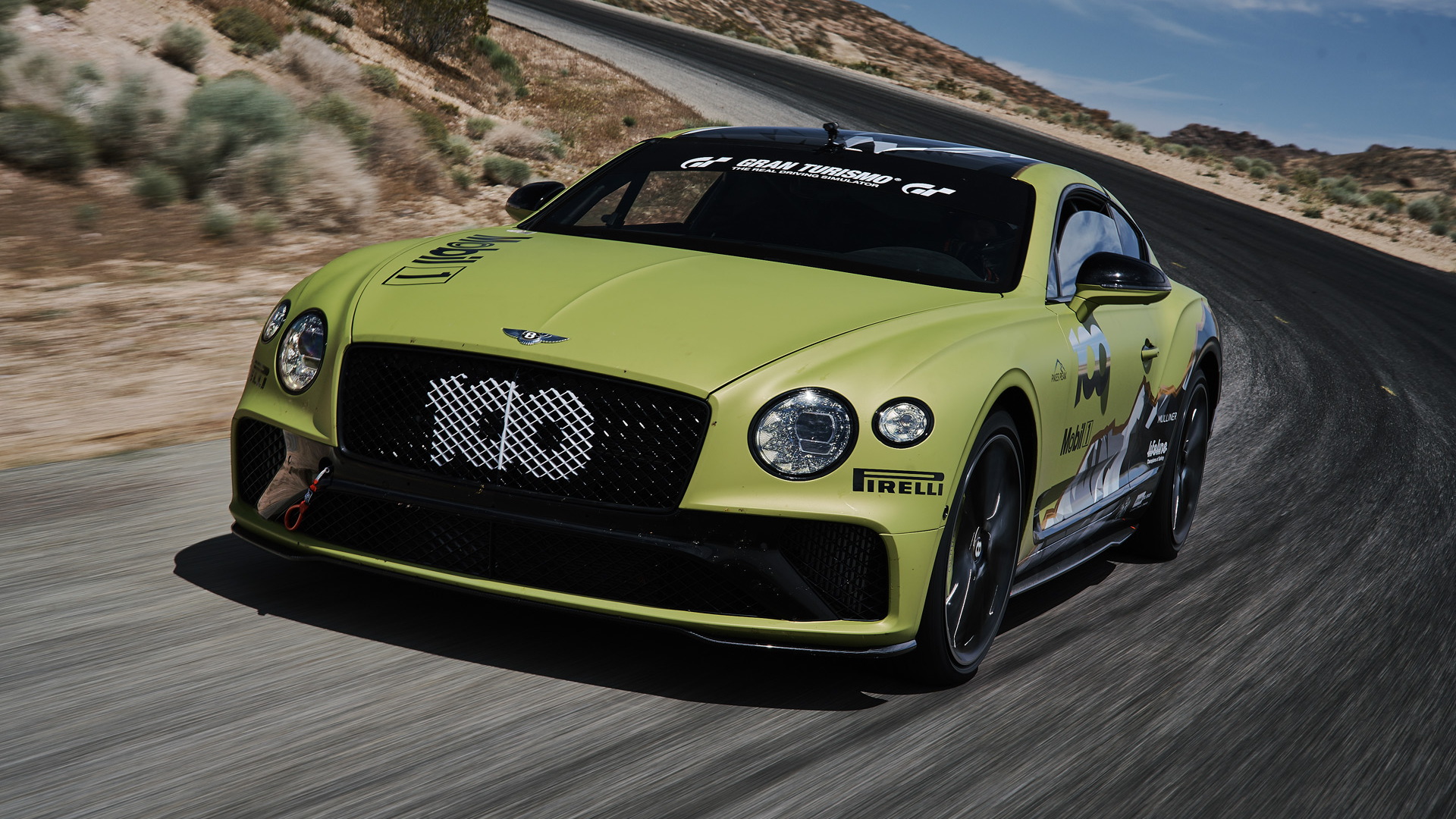 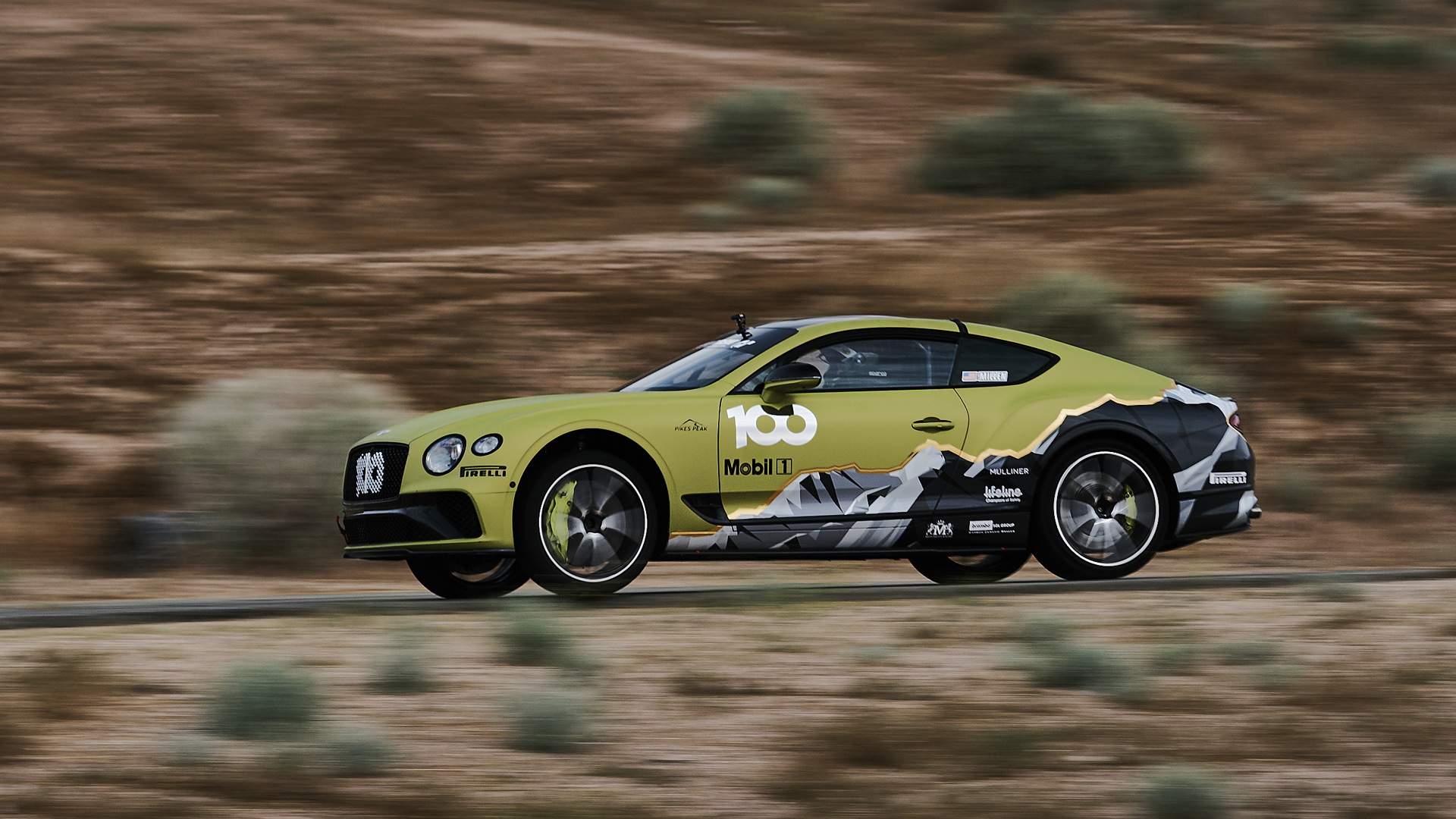 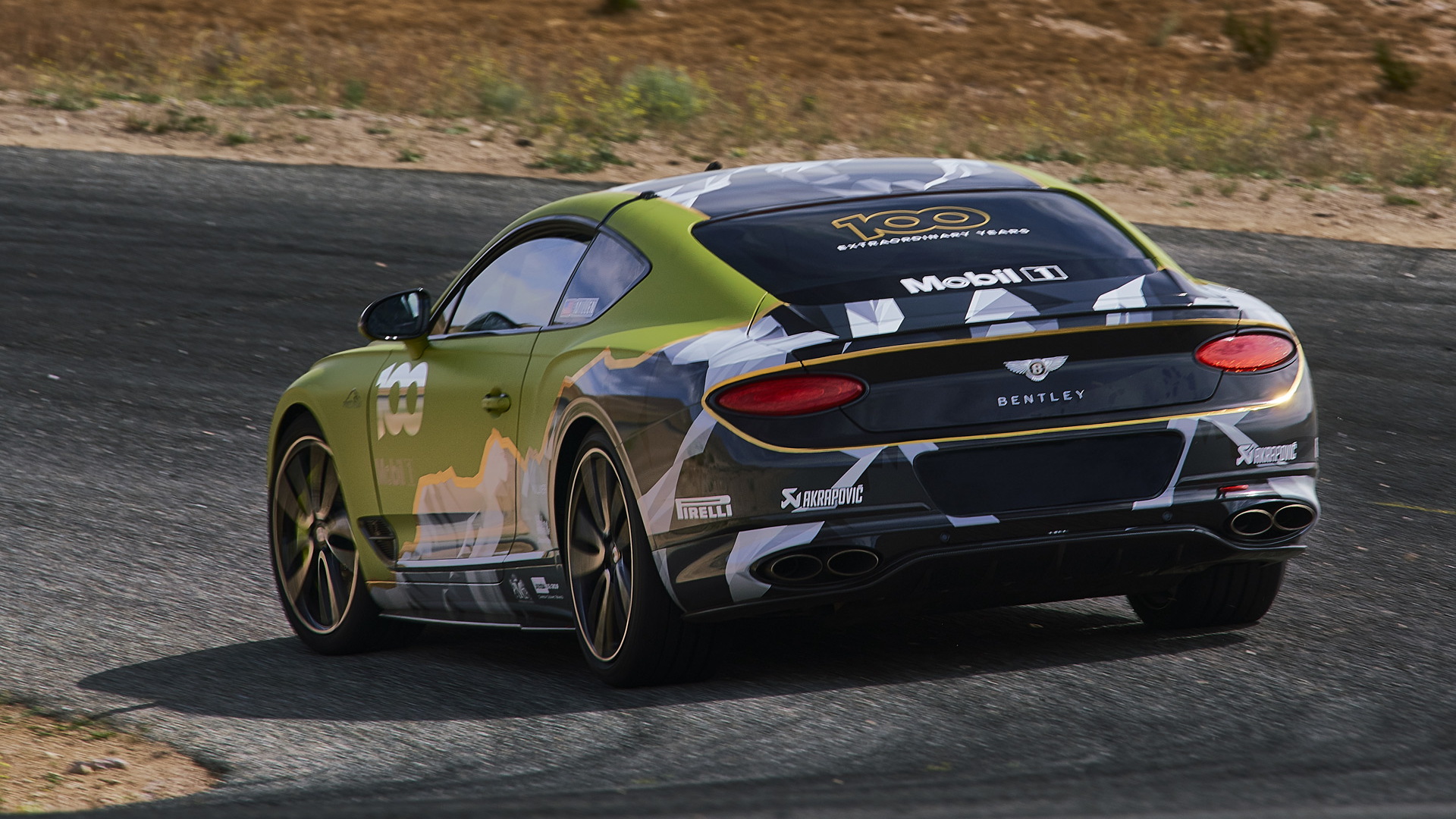 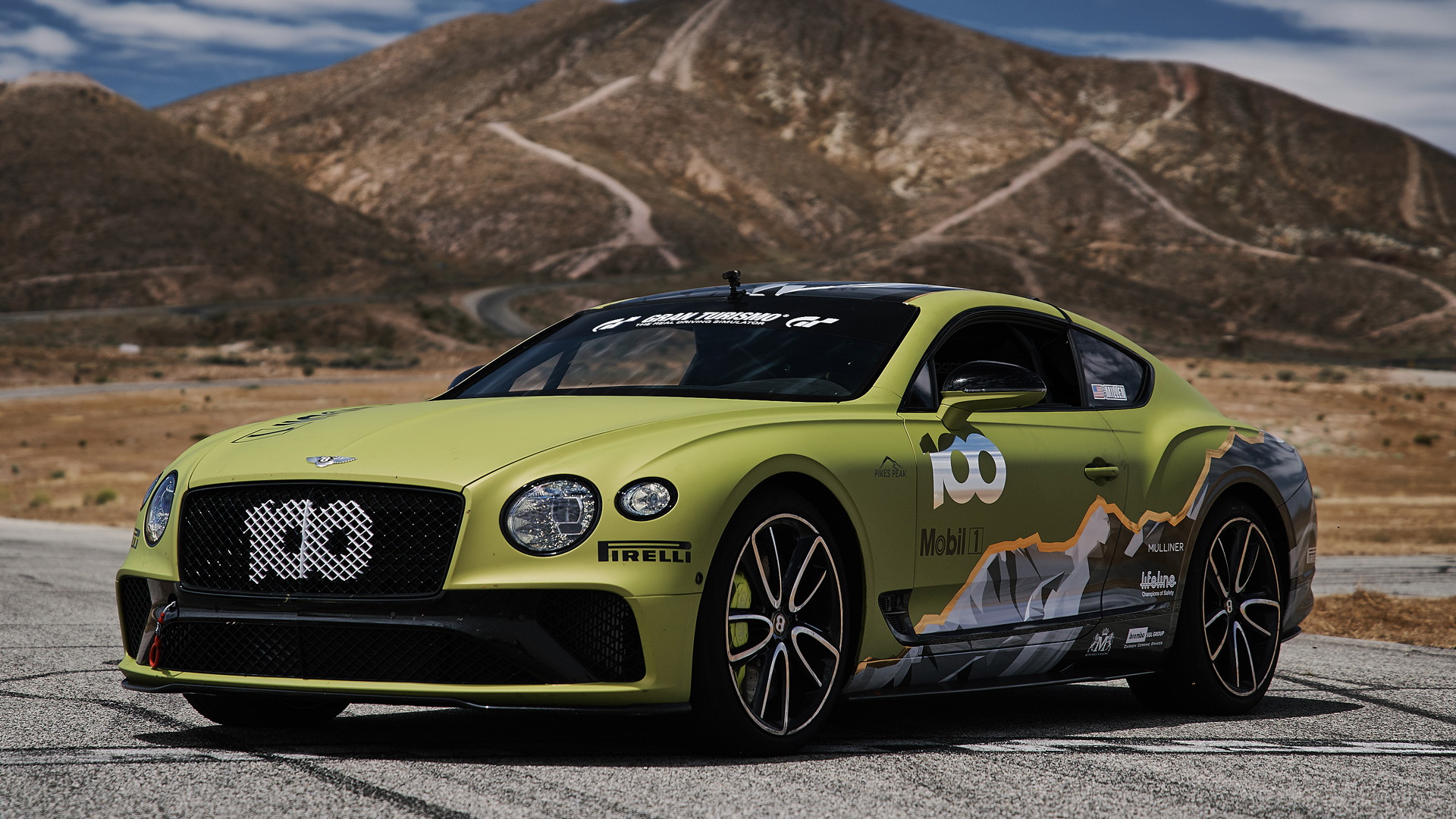 Bentley's Continental GT is renowned for its luxury, but the vehicle is also a highly capable performance machine, especially in 12-cylinder guise.

Bentley used the 2019 Pikes Peak International Hill Climb on Sunday to highlight this fact, with the automaker calling on Pikes Peak veteran Rhys Millen to race to the clouds in the latest Continental GT.

The luxury coupe, which wore a special livery highlighting Bentley's centennial this year, was driven by Millen to a new record for production cars. He managed a time of 10:18.4, or a bit more than eight seconds off the previous record of 10:26.8 set in 2015 by David Donner in a Porsche 911 Turbo S.

Millen also entered last year's run in a Bentley Bentayga and claimed a record for production SUVs with his time of 10:49.9, taking nearly two minutes off the previous record. Bentley celebrated by launching a special version of the Bentayga. No doubt there will be a special Continental GT in the works, now that the car has claimed the record.

The car that Millen drove was powered by a 6.0-liter twin-turbocharged W-12 delivering 626 horsepower and 664 pound-feet of torque. This is enough for 0-60 mph acceleration in 3.6 seconds and a top speed of 207 mph, though the latter didn't help much given Pikes Peak's winding 156-corner, 12.42-mile course. Millen's average speed, after all, was 70 mph.

What did come in handy were the car's turbochargers. With the start line as high as 9,300 feet and rising to 14,100 feet at the summit, you're looking at air that's around a third of the density as at sea level. Turbochargers help alleviate the issue by compressing the air before it's fed to the engine. The technology was initially popularized for aircraft flying at high altitudes.

After Sunday's Pikes Peak run, the overall record, for vehicles of any class, remains unchallenged. The time is the 7:57.1 set by Romain Dumas last year in the ID R electric time-attack special.

Sadly, there was also tradgedy at this year's run. Carlin Dunne, a 4-time Pikes Peak winner, was killed while riding a Ducati Streetfighter V4 motorcycle. The 36-year-old looked set to write a new 2-wheel record but crashed less than a quarter of a mile from the finish line.