Bentley on Sunday set a new record at the Pikes Peak International Hill Climb with a slightly modified Bentayga. The SUV climbed the mountain in 10:49.9 to break the previous record set for the quickest production SUV at the hill climb by almost 2 minutes. Pikes Peak veteran Rhys Millen was at the wheel.

Now, the British luxury marque will mark the occasion with a special Bentayga. Bentley announced the Pikes Peak Bentayga on Monday, which honors the record-setting nameplate with a design inspired by the actual Pikes Peak racer. Bentley's Mulliner division will handle assembly of the special-edition SUV, which will come in either Beluga black paint or Radium—the latter matches the Pikes Peak racer's green exterior hue, though that vehicle has a satin finish.

No matter which exterior color the buyer chooses, 22-inch wheels fill out the wheelwells and feature a Beluga and Radium two-tone finish. Every piece of chrome is also replaced with black components, and carbon fiber adorns the splitter, side skirts, diffuser, and rear spoiler.

Inside the Pikes Peak Bentayga, Key Lime accents mesh with Beluga leather, Alcantara, and an Eliade cloth headliner.  Pikes Peak logos can be found on the cabin's carbon fiber fascias, too, and a numbered plate signifies the SUV's limited-edition status. 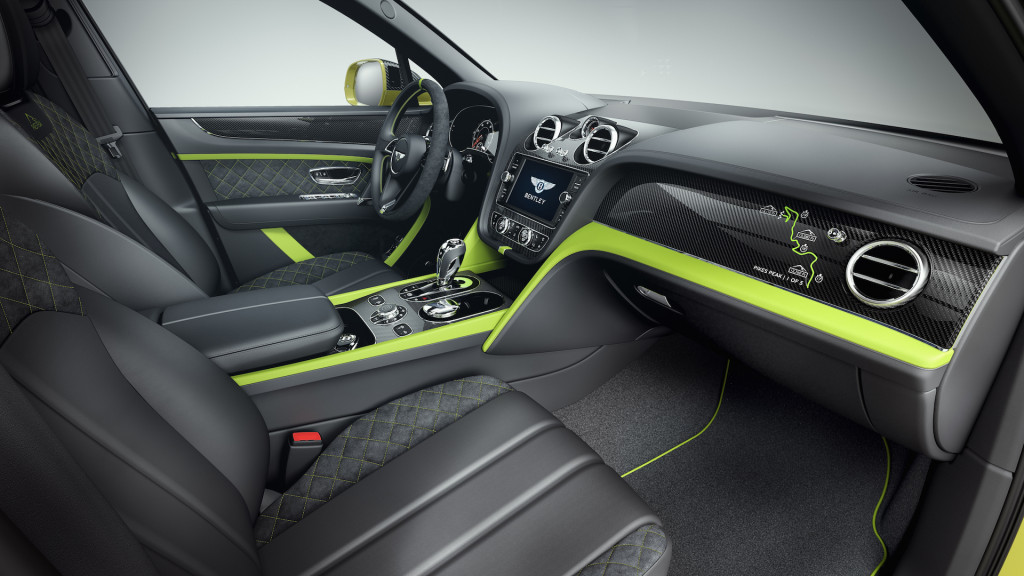 Save for a few safety and racing modifications, such as a roll cage, racing seats, and a fire suppression system (the rear seats were also removed, and a production-spec Apkrapovic exhaust was fitted), the Bentayga racer is nearly identical to the Bentayga Pikes Peak edition. A 600-horsepower 6.0-liter twin-turbo W-12 engine powers both SUVs, and both sport an identical suspension setup featuring adaptive air springs at each corner and 48-volt electric active anti-roll bars that keep this big beast flat through corners. The special edition SUV also gains a sport exhaust and the Touring specification that includes a head-up display, night vision, adaptive cruise control, active lane control, and traffic assist that will operate the brakes, steering, and throttle in low-speed situations.

Bentley's Mulliner coachbuilder will build just 10 examples of the Pikes Peak Bentayga. Order books will open in August for U.S. and European customers. Pricing has not been announced.