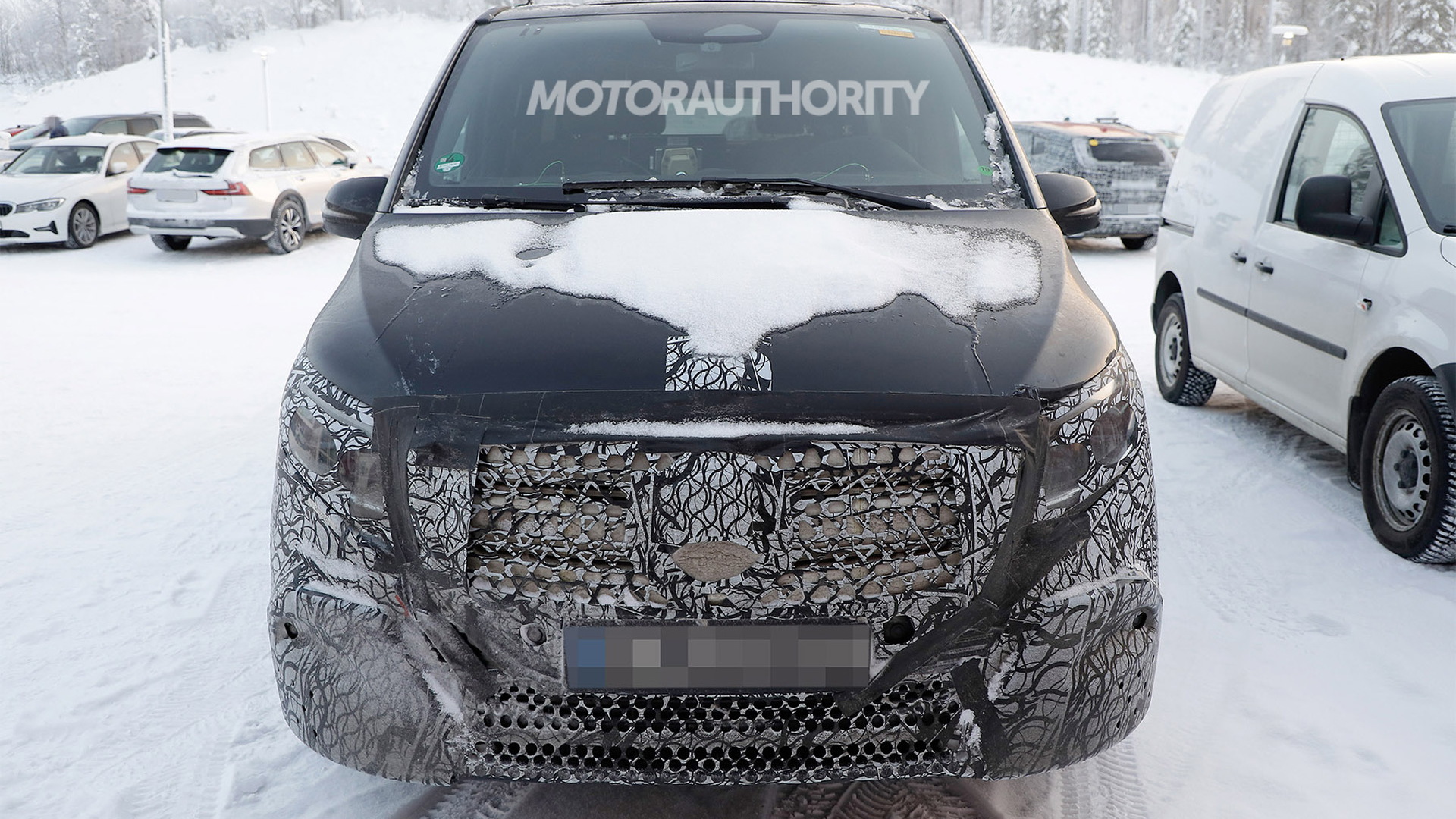 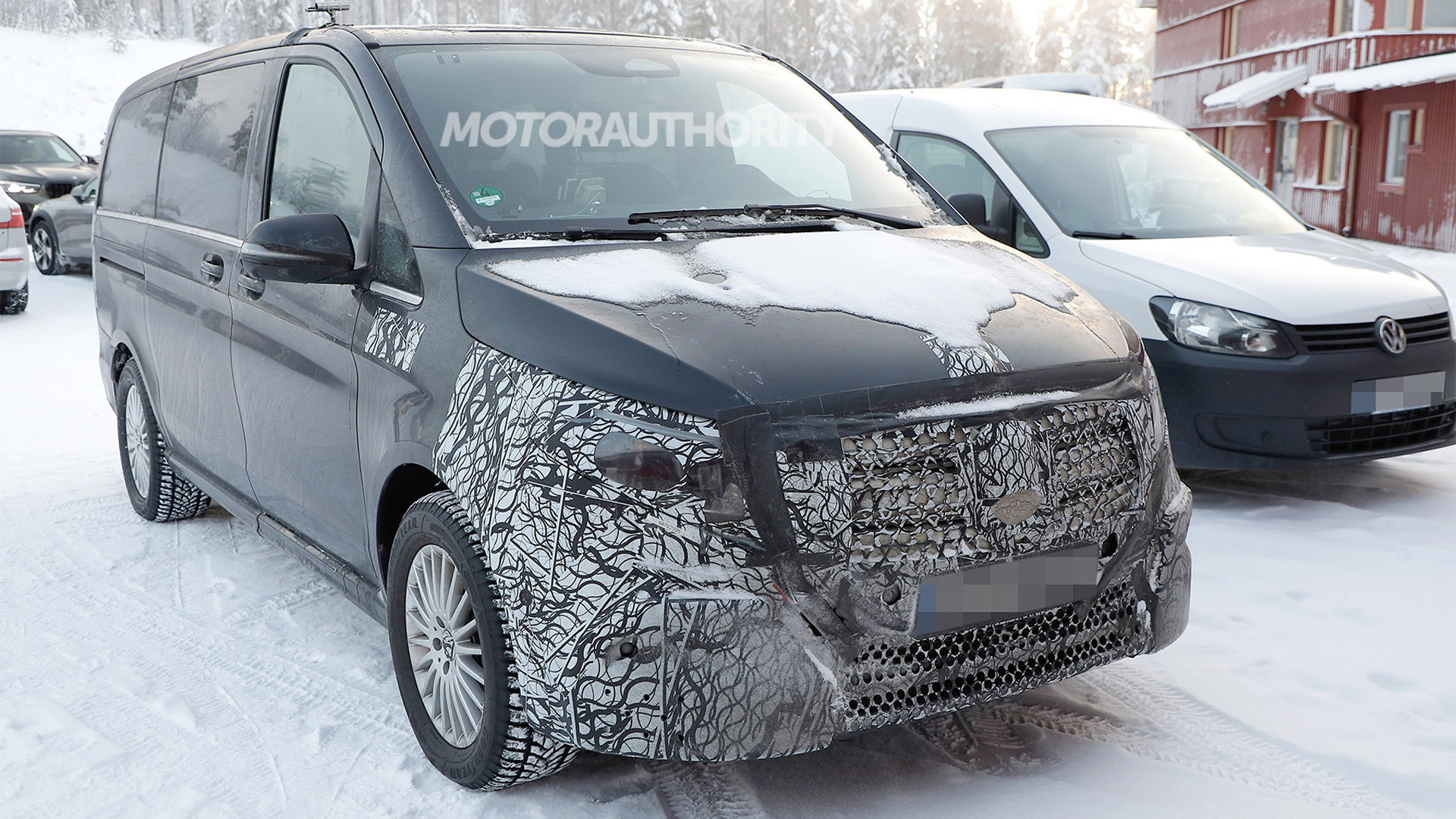 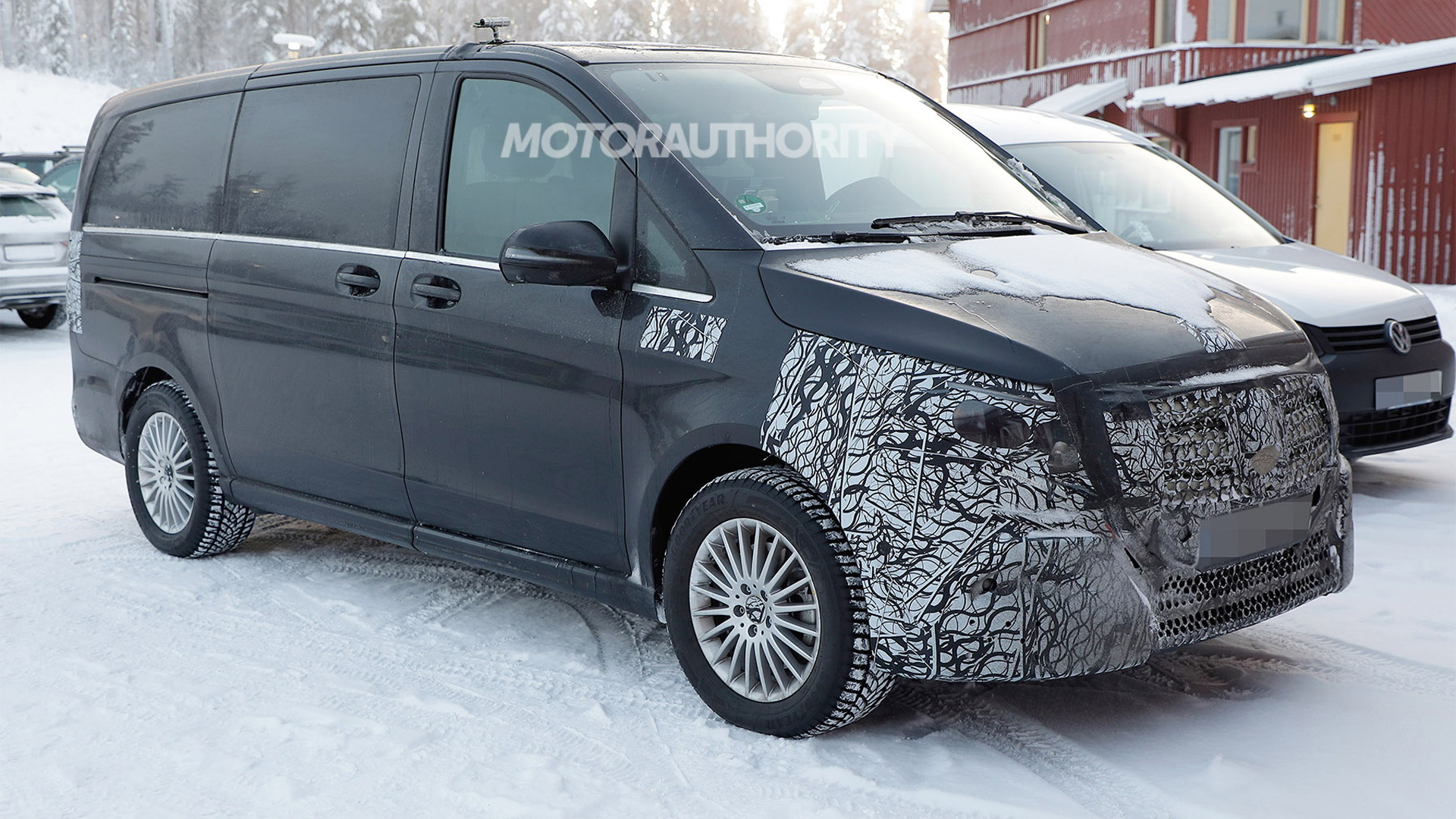 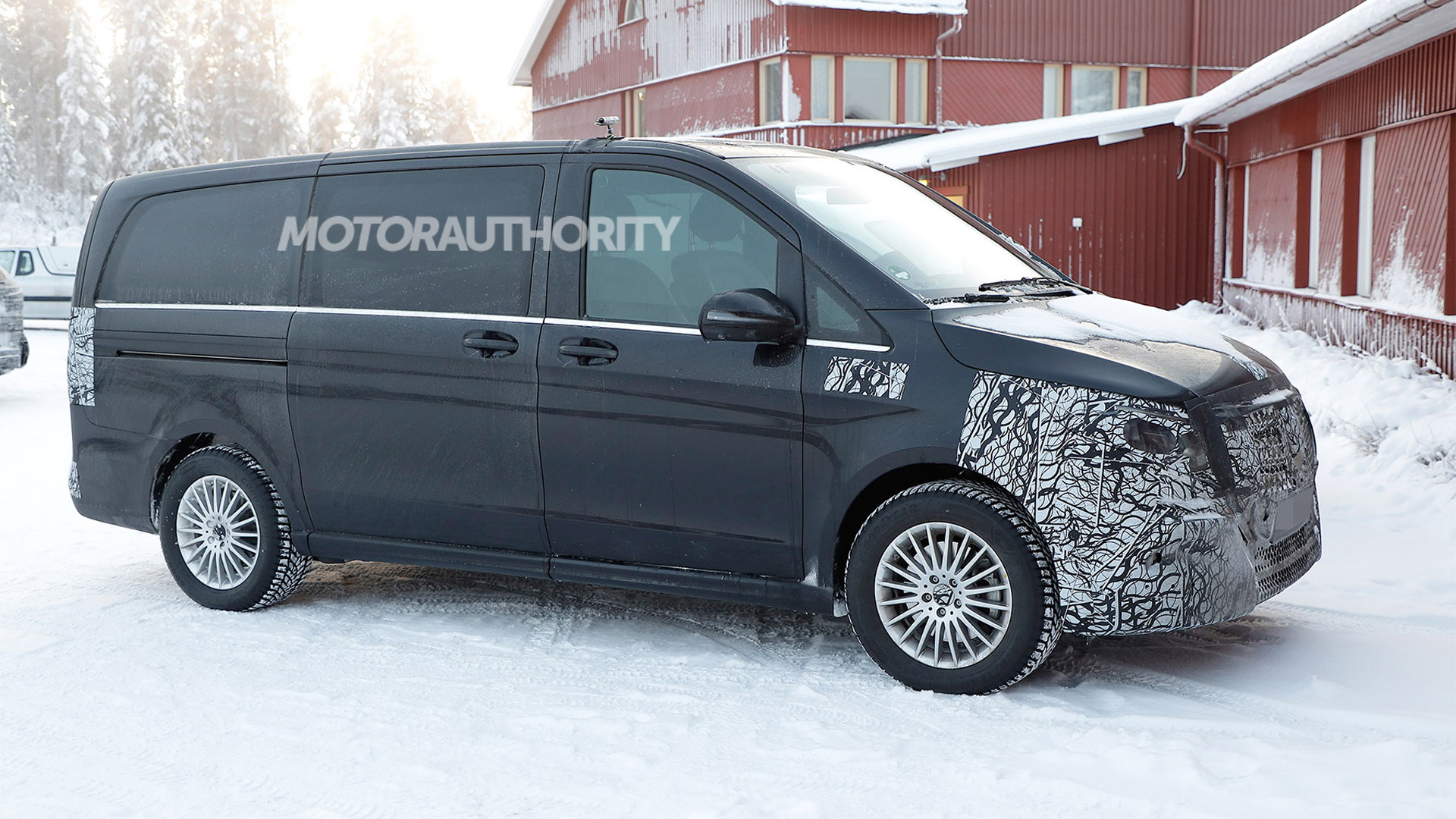 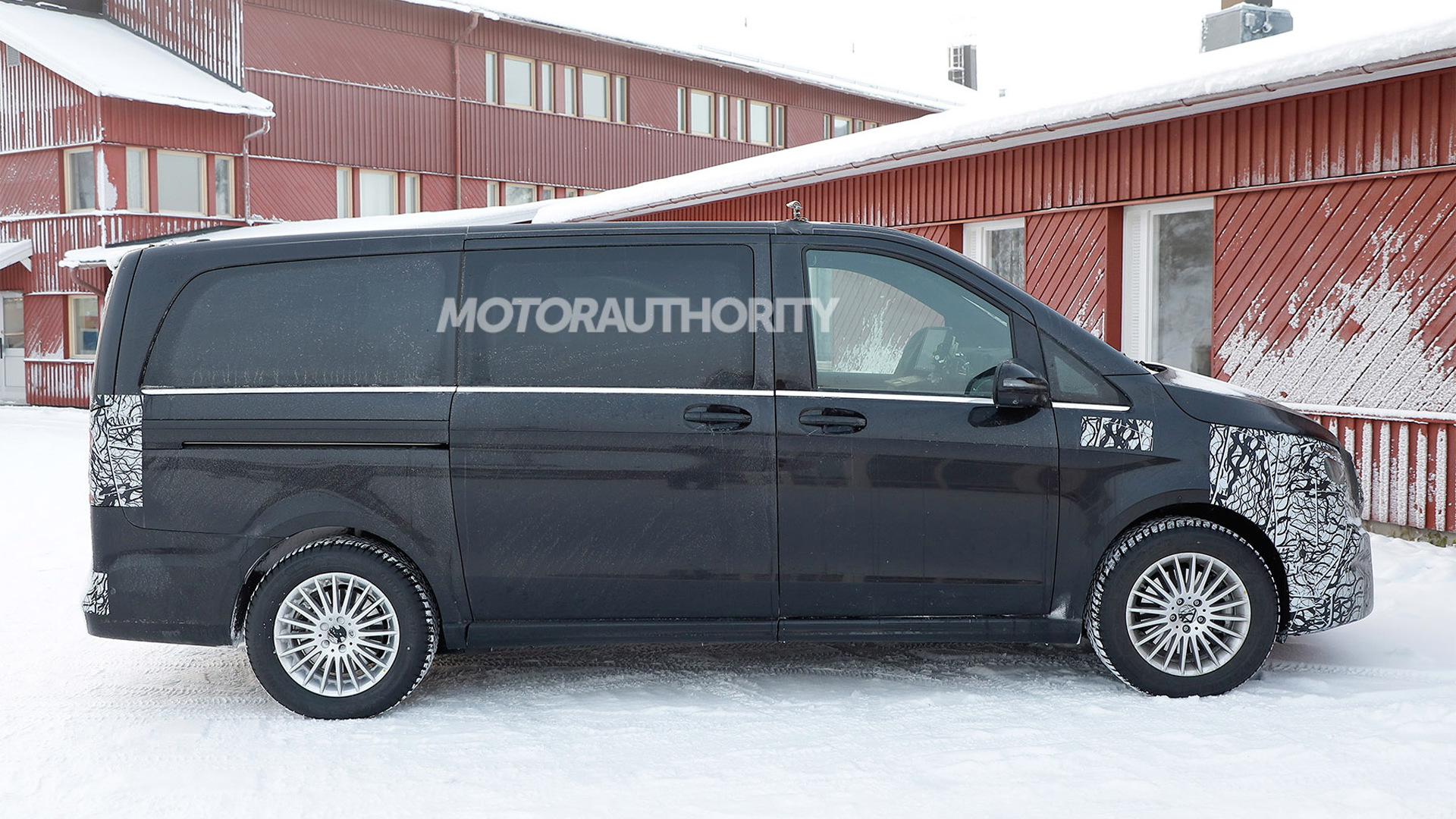 Mercedes-Benz has been spotted testing an updated version of its EQV mid-size electric van.

The EQV is an electric version of Mercedes' V-Class passenger van, which is sold overseas as a more upmarket version of the Metris commercial van currently sold in the U.S. but due to be phased out here in 2023.

The EQV arrived in 2019 and the updated version is expected to arrive in the second half of 2023. The current V-Class dates back to 2014 and will receive similar updates to those planned for the EQV. The updates should also feature on the Metris.

The updated EQV looks to feature revised headlights and a new grille and front fascia combo. The taillights are also expected to get some slight tweaks, and Mercedes' latest infotainment system should feature in the cabin.

It isn't clear what changes, if any, are planned for the powertrain. The EQV currently features a 90-kwh battery and a single electric motor at the front good for 201 hp. The range is around 250 miles and high-speed charging enables a charge from 10-80% in around 45 minutes.