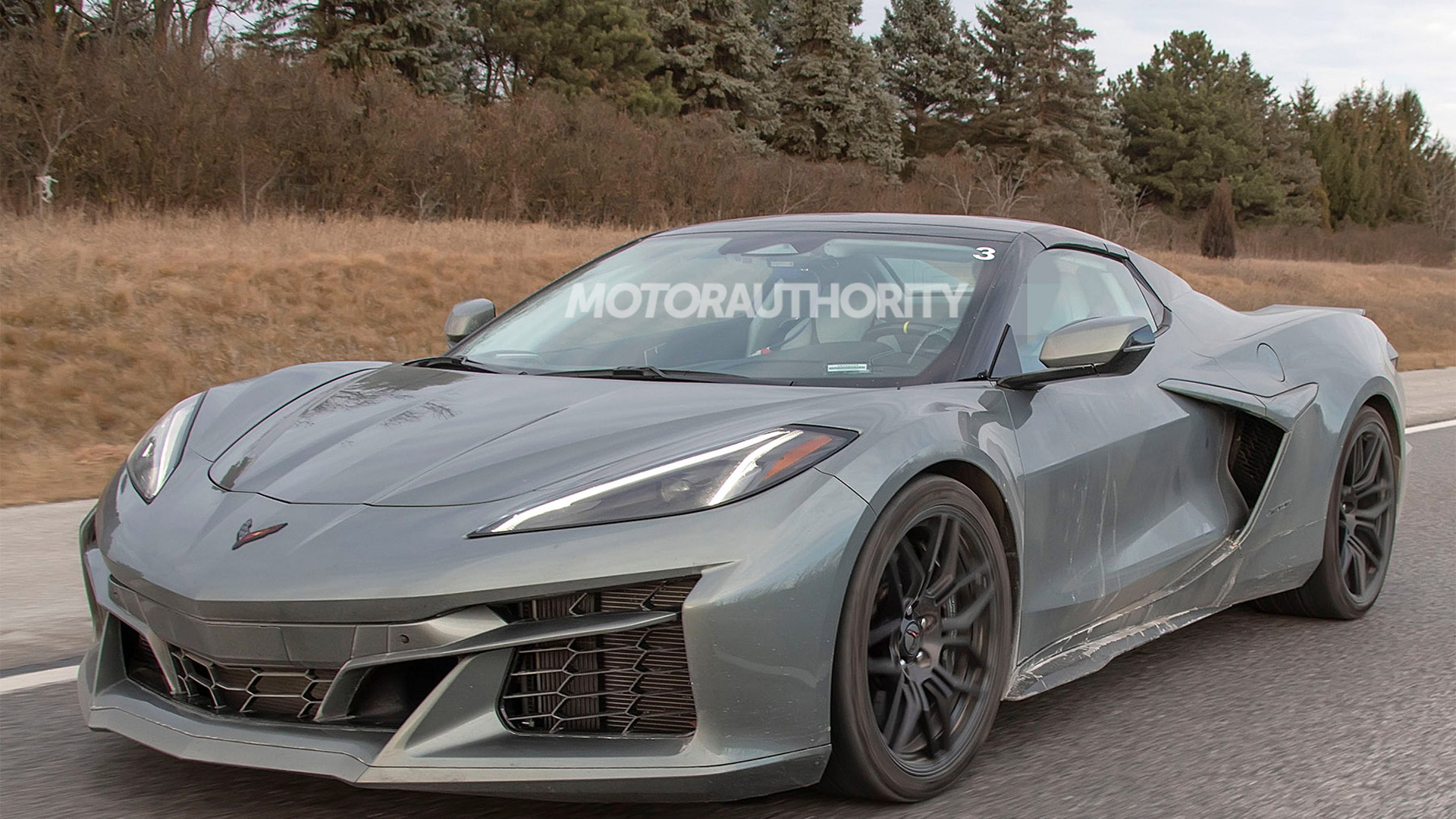 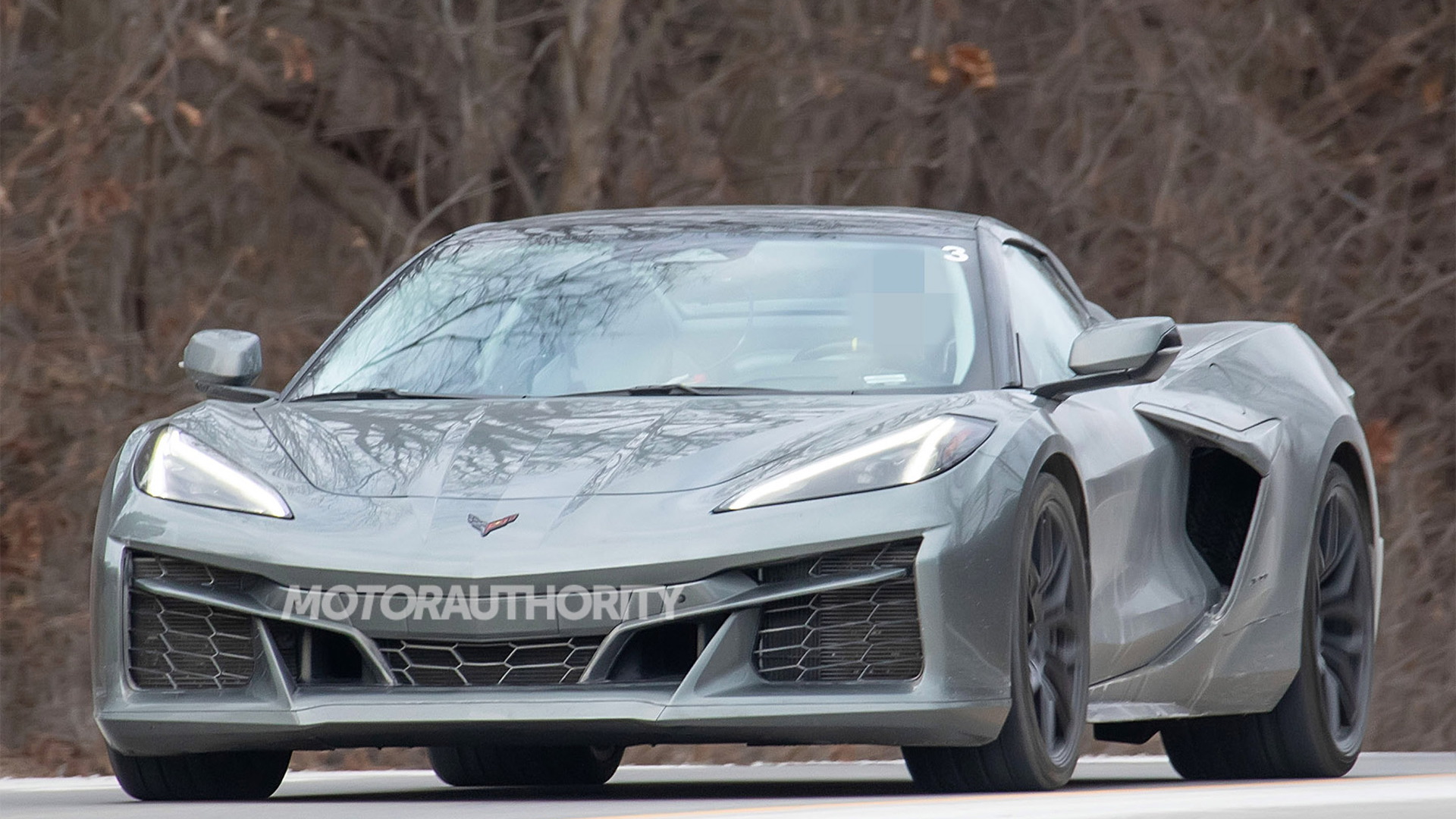 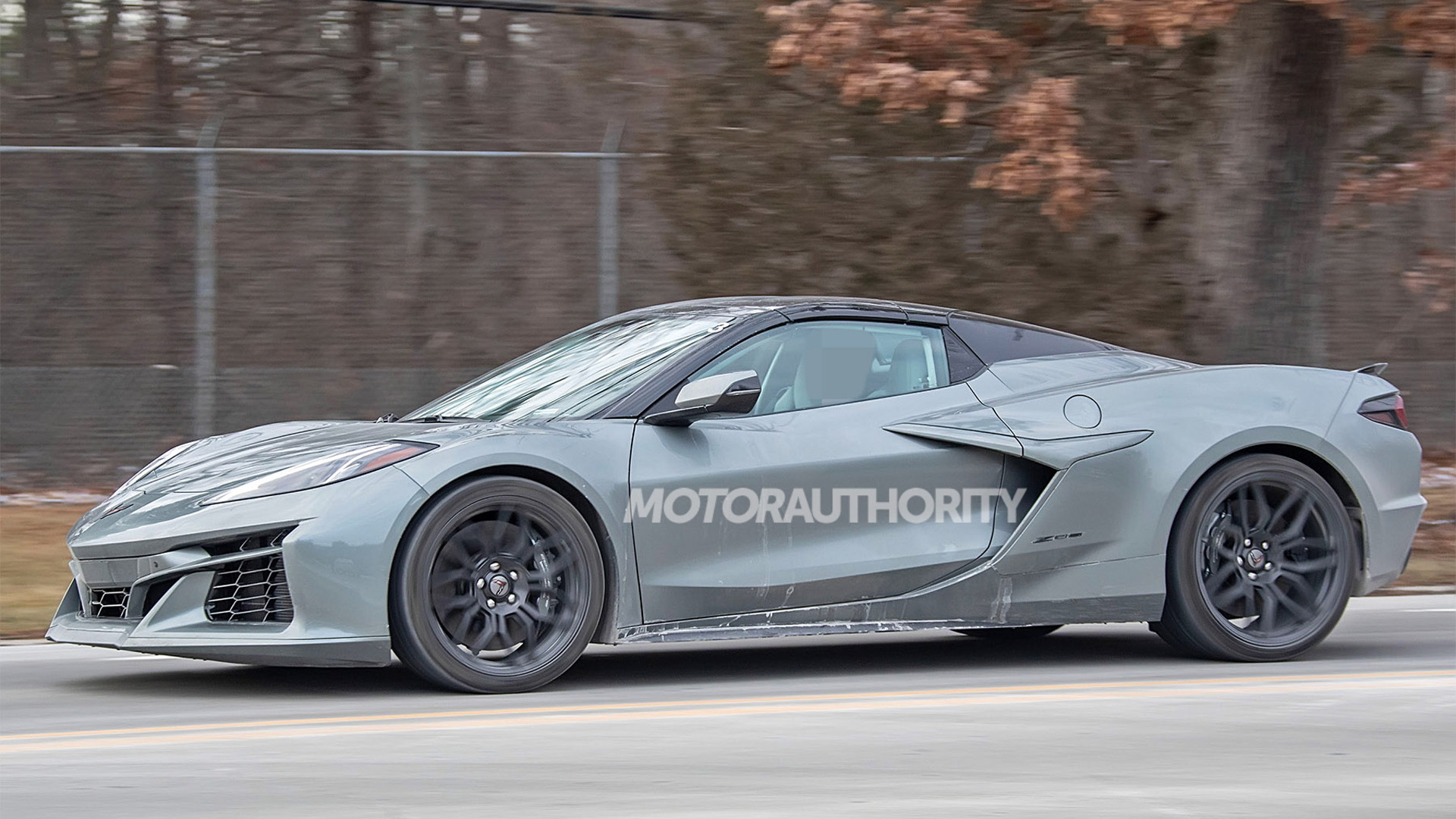 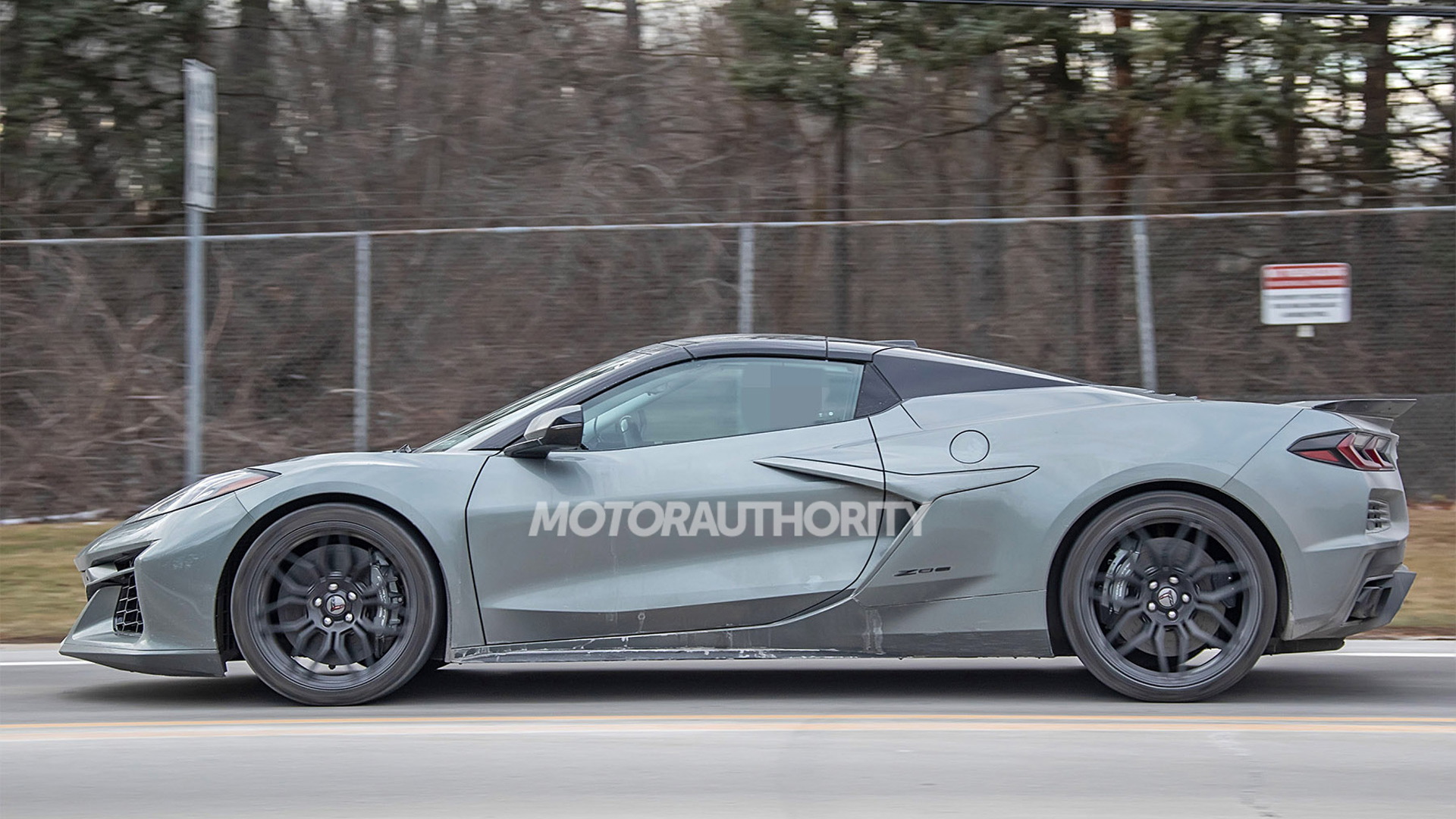 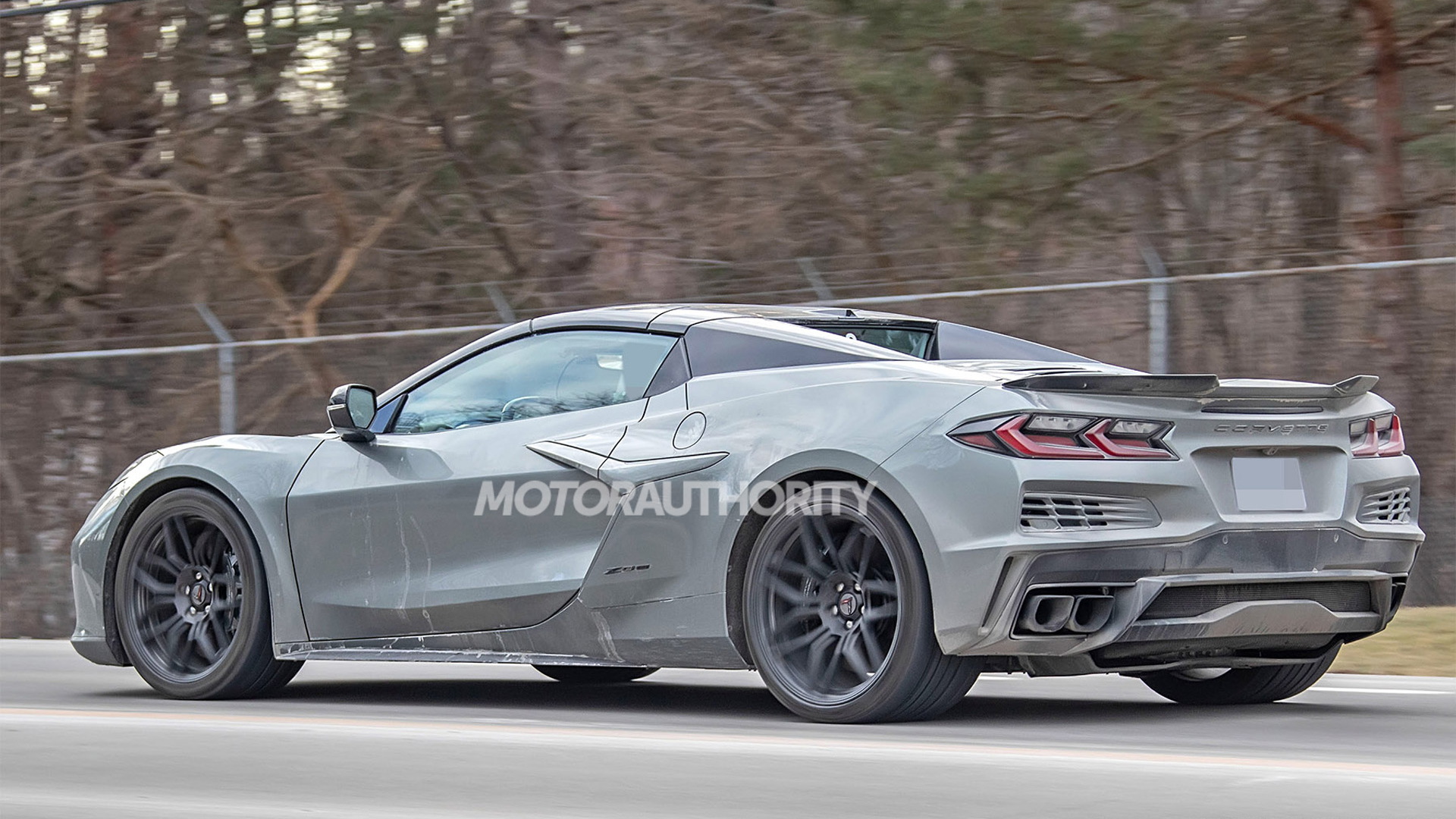 A hybrid version of the C8 Chevrolet Corvette has been rumored for years but was finally confirmed in April, together with plans for an electric Corvette.

While a fully electric 'Vette is probably still some years out, the hybrid will arrive in summer 2023 with the name Corvette E-Ray. Given the timing, it will arrive as a 2024 model.

Our latest spy shots show a prototype completely devoid of camouflage gear. That shouldn't be a surprise as photos of the car recently surfaced on Chevy's website, though they've since been removed.

The car features the same wide-body design as the Corvette Z06 introduced for 2023, though the Z06 features some black accents for the aero parts whereas the E-Ray uses the body color for these parts.

Earlier spy shots show prototypes with the Corvette's coupe and convertible body styles, as well as its left- and right-hand-drive layouts. Chevy engineers also had a Corvette Stingray and an Acura NSX for benchmarking in the earlier shots.

The E-Ray is expected to feature one or two electric motors powering the front axle and the Stingray's 6.2-liter V-8 powering the rear axle. An early teaser video showed a prototype testing on snow, with the front wheels spinning under their own power, suggesting all-wheel drive. An electric motor integrated with the Corvette's 8-speed dual-clutch automatic transmission, and able to drive the rear wheels, is also a possibility, judging by a recent patent.

Peak output is expected to fall between 600-650 hp. A more powerful hybrid configuration is expected during the C8 Corvette's product cycle, and rumors say it will be a range-topping variant called the Zora.

Yes, more electrification is coming to the Corvette lineup, including, as mentioned above, full-electric power. The electric Corvette will likely use General Motors' Ultium electric powertrain and battery toolset, which in the 2022 GMC Hummer EV offers up to 1,000 hp. News of an electric Corvette shouldn't come as much of a surprise considering GM last year said it was aiming to have all of its light vehicles powered by electricity by 2035. What might surprise some is that we may eventually see the electric Corvette lineup expanded with additional body styles, such as an SUV. However, nothing on that front has been confirmed yet.