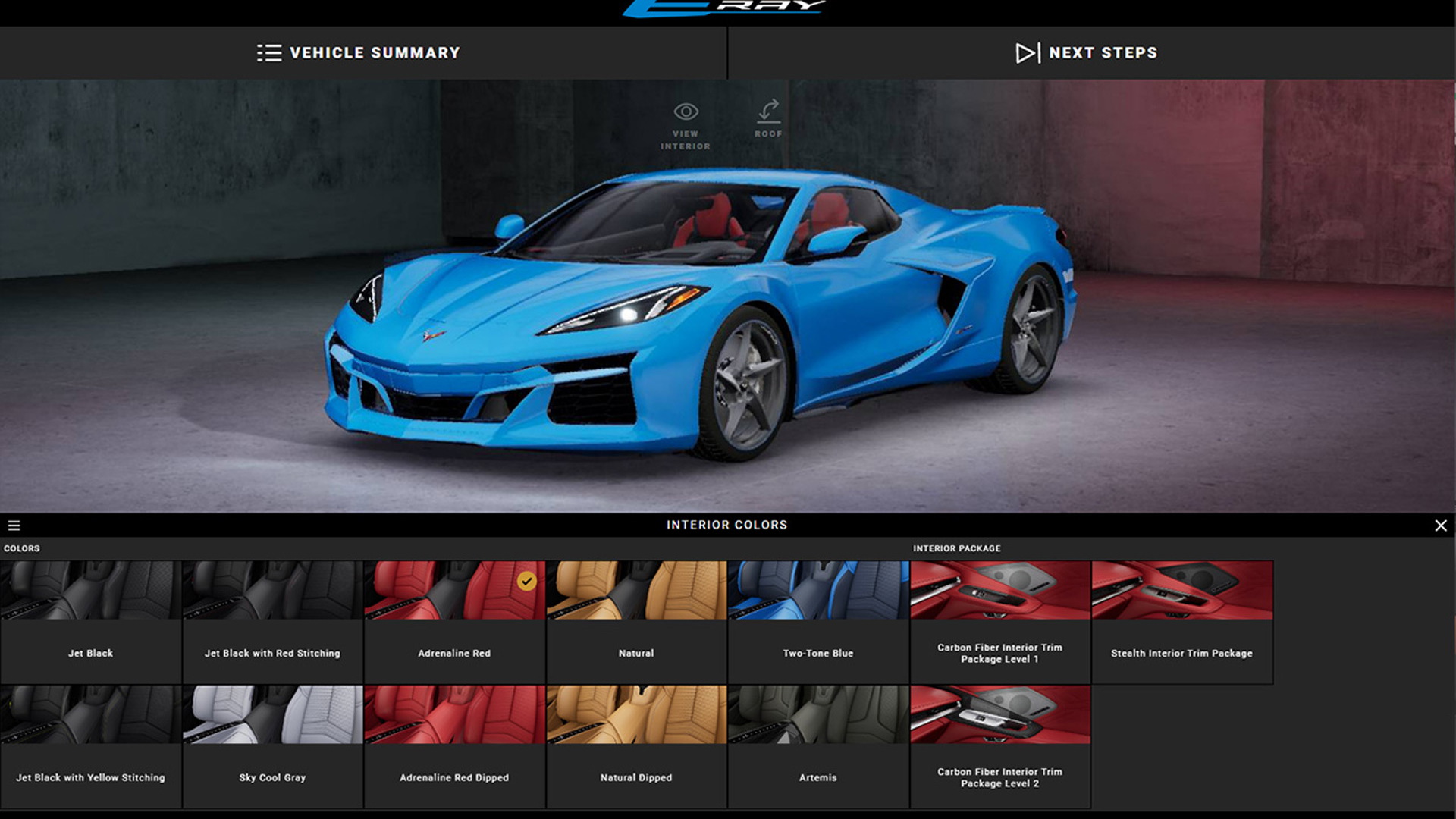 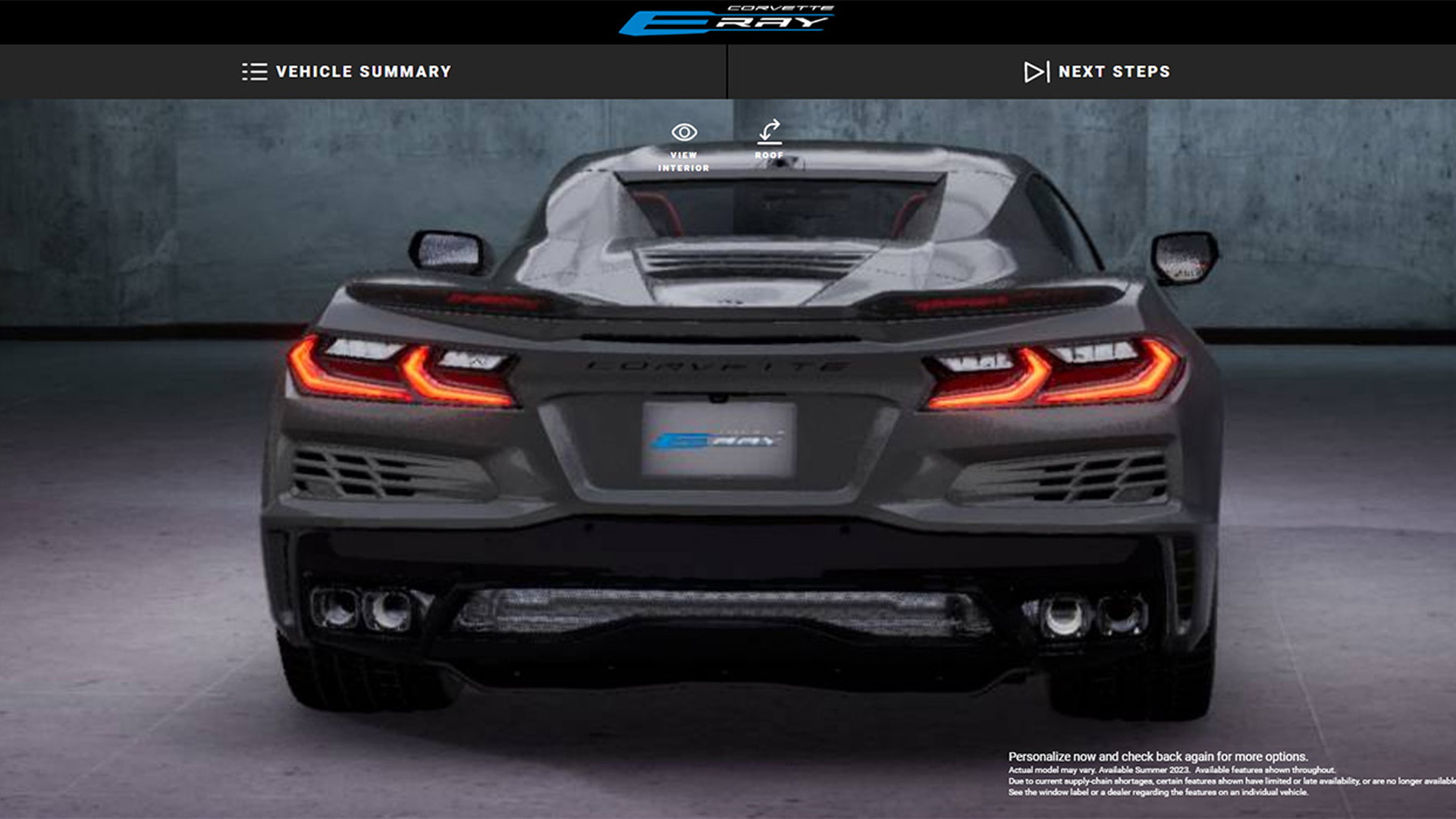 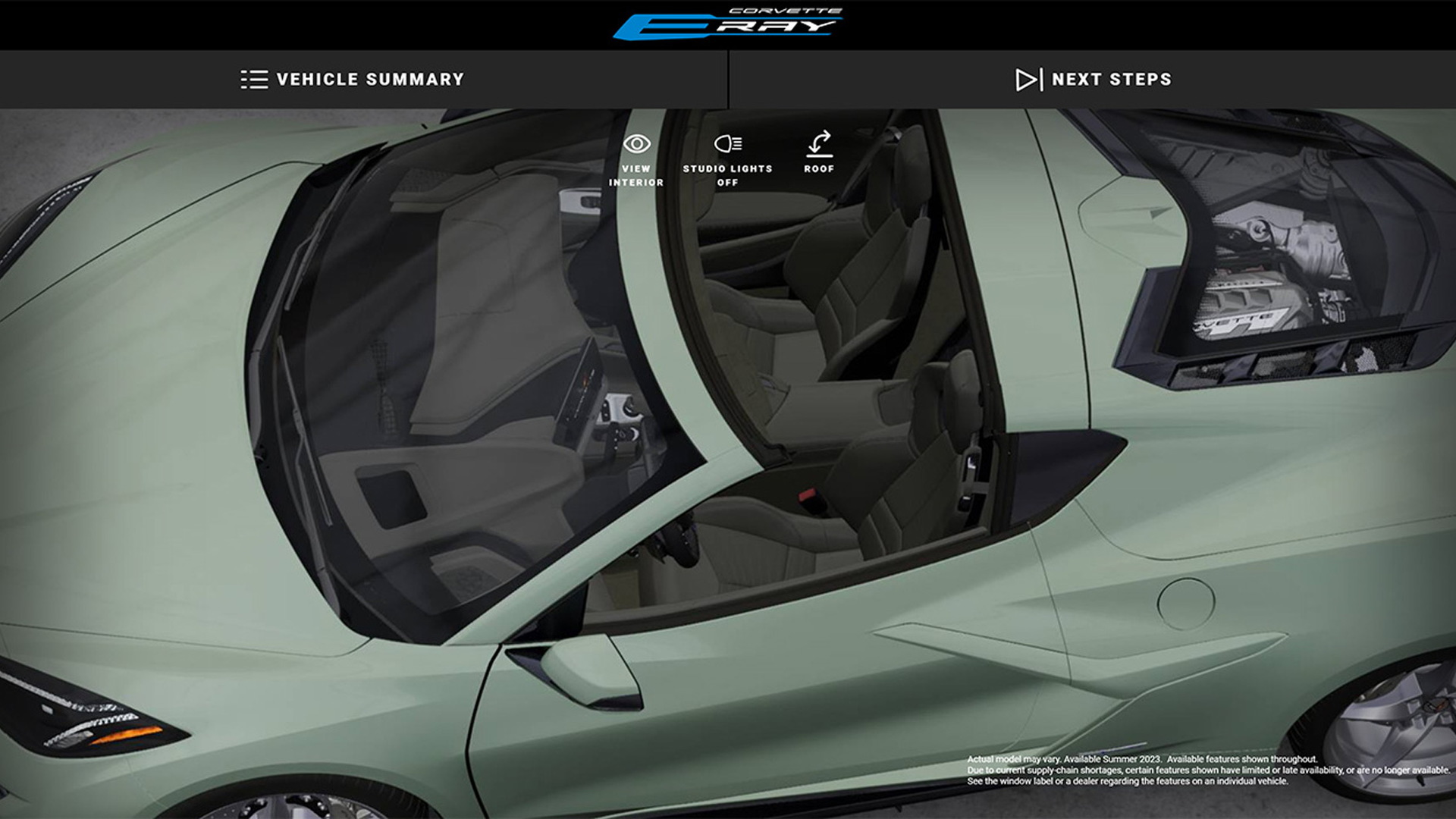 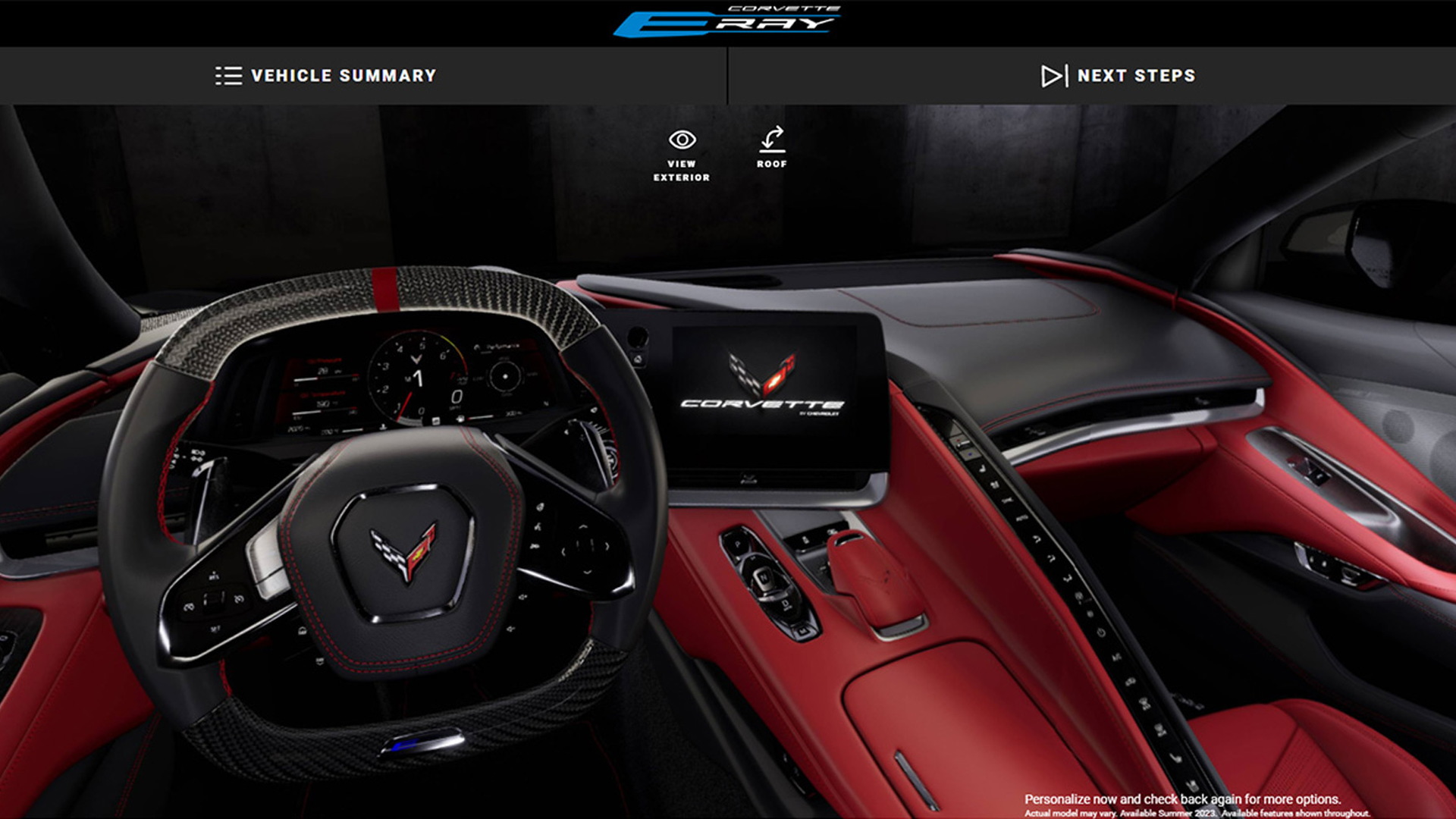 A hybrid version of the C8 Chevrolet Corvette has been rumored for years and was finally confirmed in April, together with plans for an electric Corvette.

While a fully electric 'Vette is probably some years out still, the hybrid will arrive in summer 2023 with the name Corvette E-Ray.

The first photos and market timing for the Corvette E-Ray recently surfaced on a visualizer on Chevy's website. The content has since been removed, though not before enthusiast website Corvette Blogger was able to take these screen shots.

When asked about the vehicle, a Chevy spokesperson told Corvette Blogger, “Looks like the holidays came early for a few astute Corvette fans. Stay tuned for more.”

The photos show the Corvette E-Ray will feature the same wide-body design as the Corvette Z06. There doesn't appear to be a charging port, which likely rules out the car being a plug-in hybrid. This makes sense as Chevy engineers benchmarked prototypes with an Acura NSX, which is also a conventional hybrid with a mid-engine layout.

The Corvette E-Ray is expected to feature one or two electric motors powering the front axle and the current Corvette Stingray's 6.2-liter V-8 powering the rear axle. An early teaser video showed a prototype testing on snow, with the front wheels spinning under their own power, suggesting all-wheel drive. An electric motor integrated with the Corvette's 8-speed dual-clutch automatic transmission, and able to drive the rear wheels, is also a possibility, judging by a recent patent.

Peak output is expected to fall between 600 and 650 hp. A more powerful hybrid configuration is expected during the C8 Corvette's product cycle, and rumors say it will be a range-topping variant called the Zora.

Look for Chevy to release official details on the Corvette E-Ray early next year.