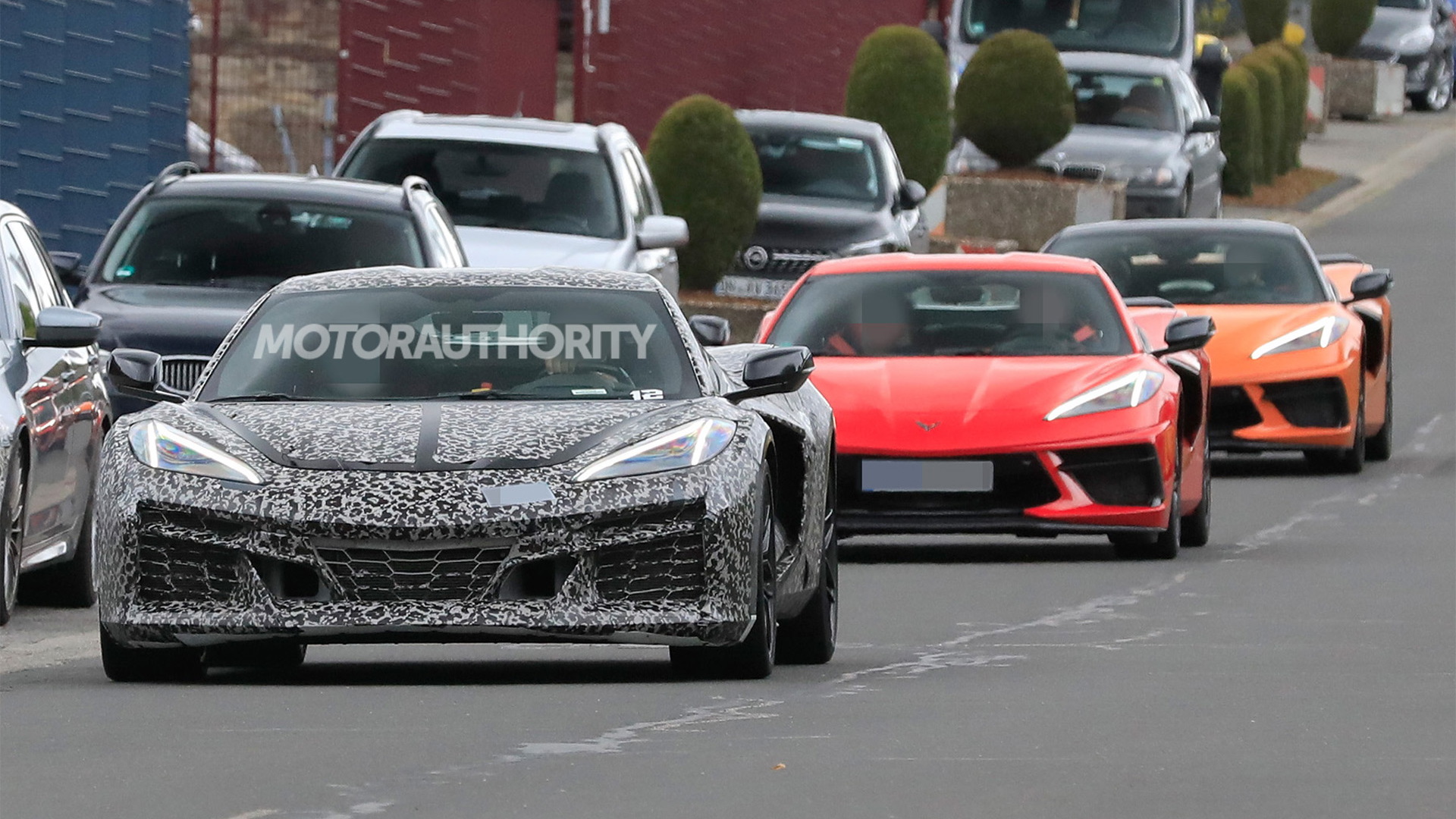 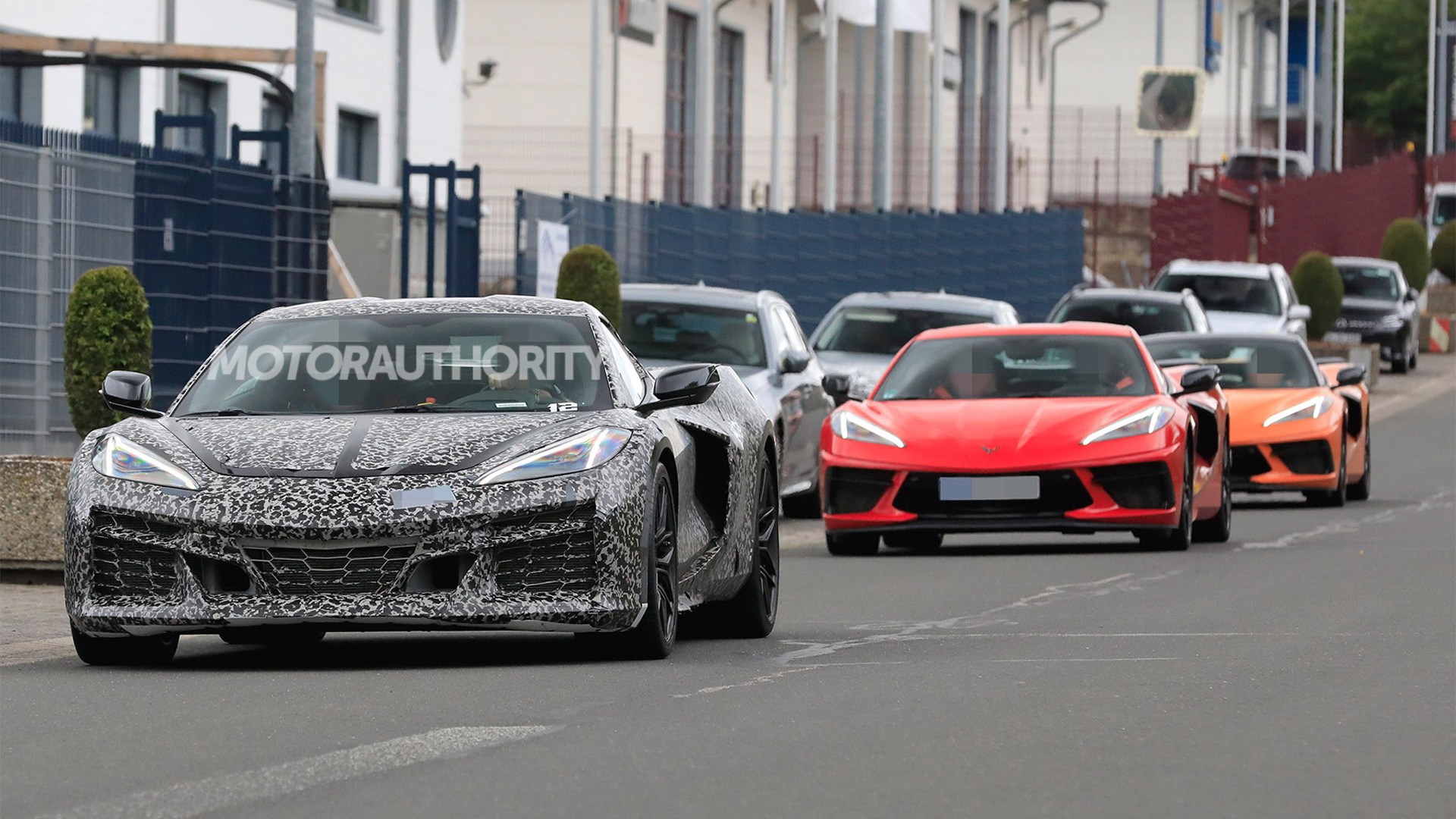 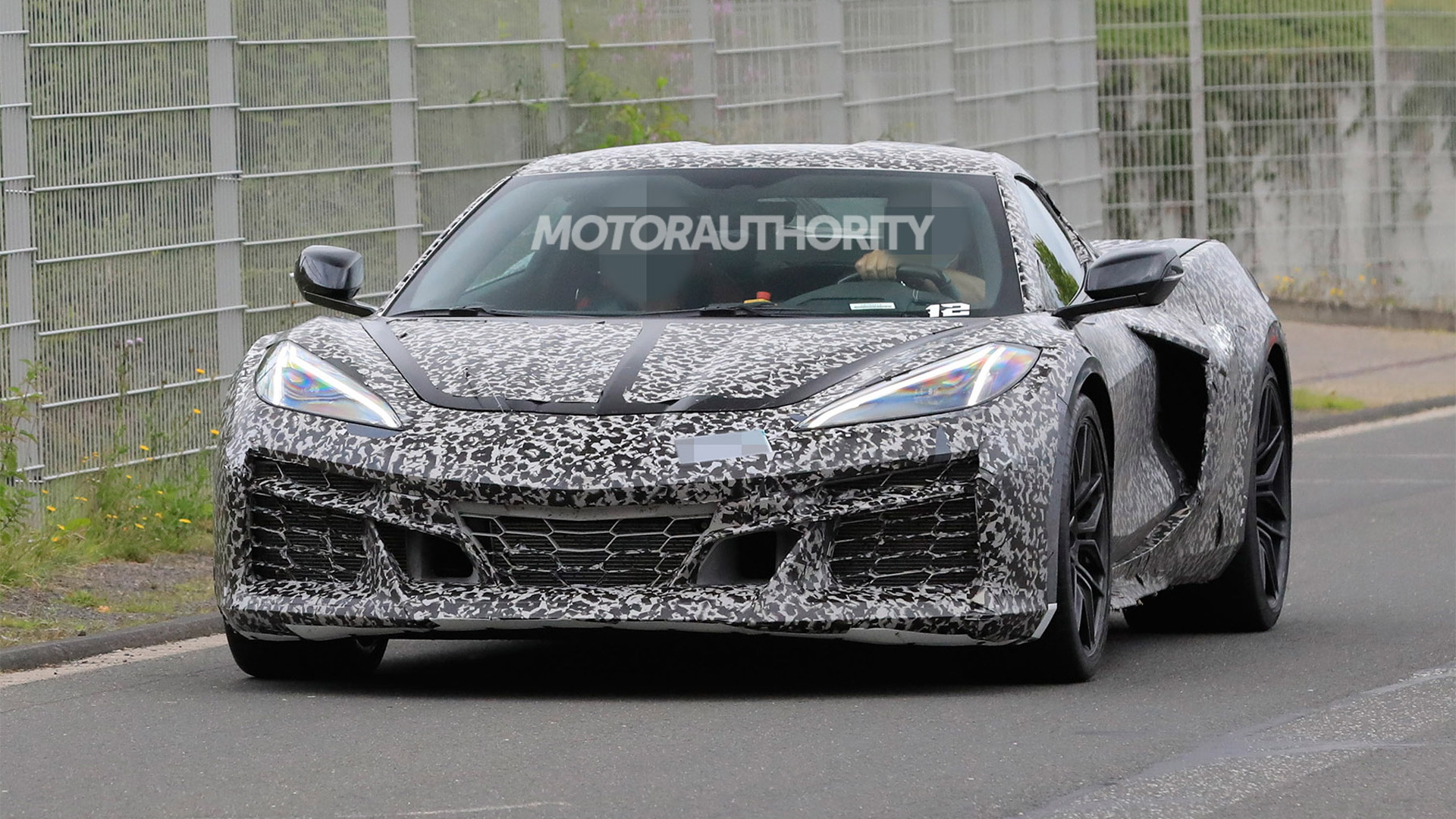 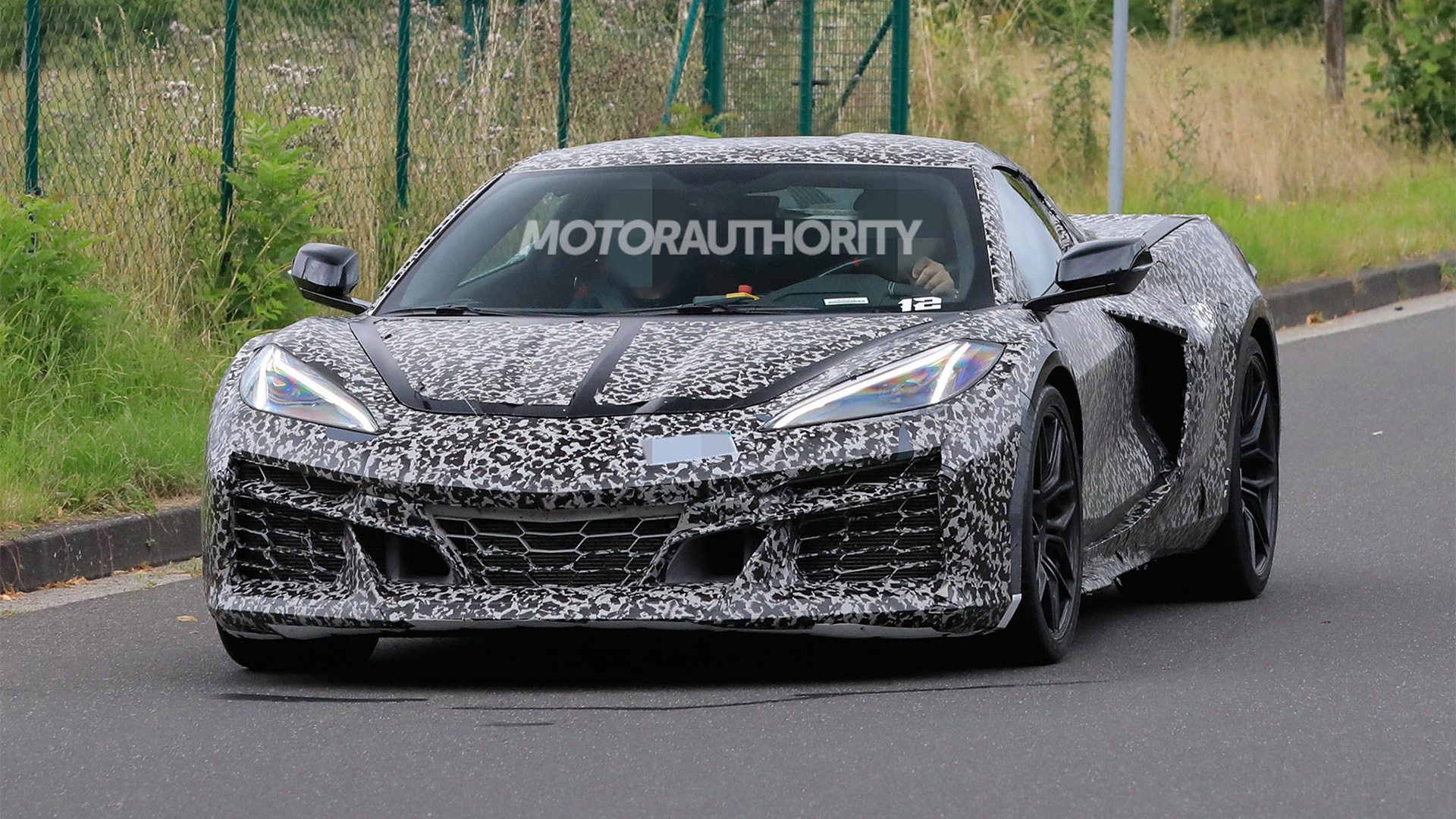 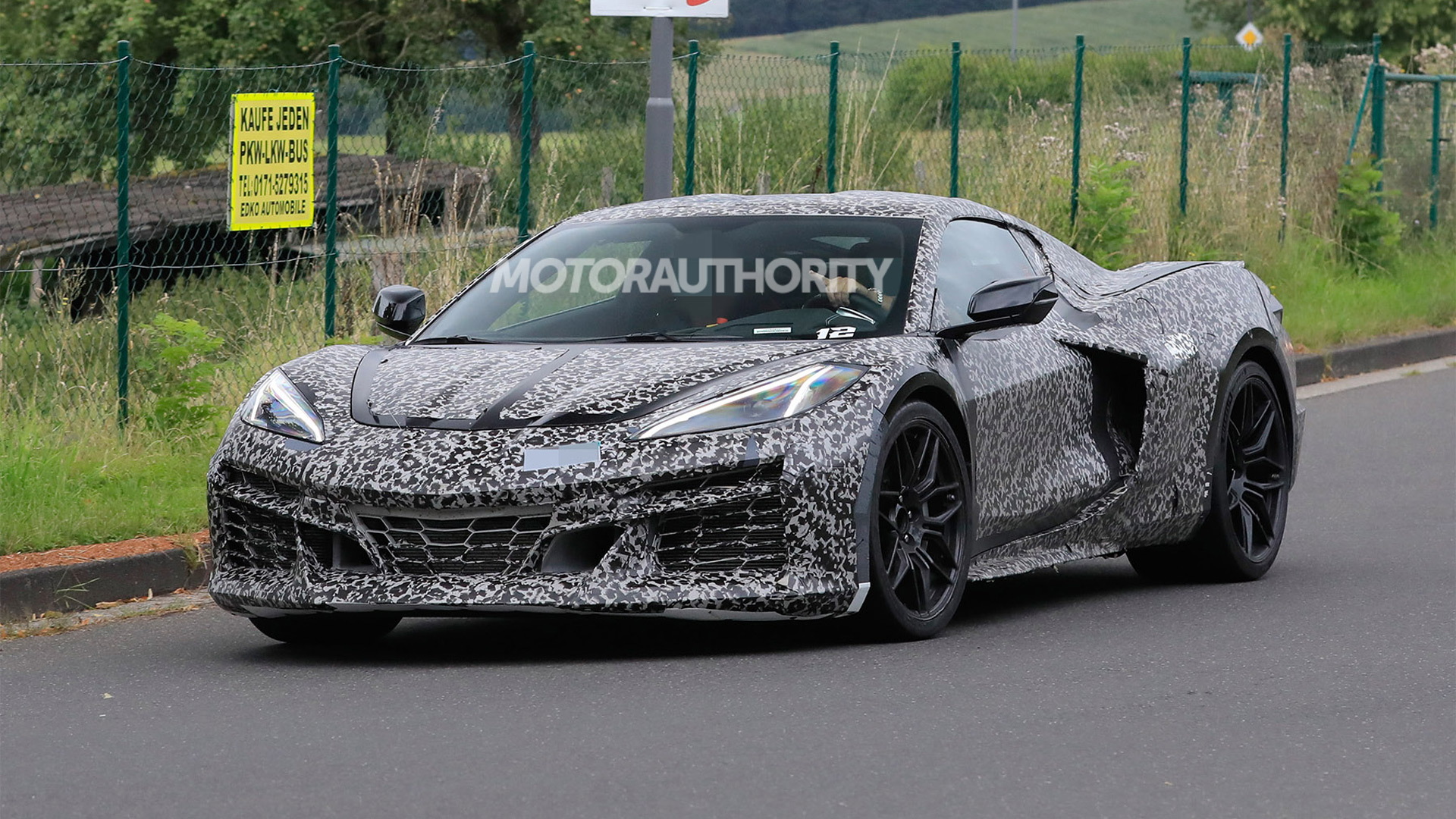 A hybrid version of the C8 Chevrolet Corvette has been rumored for years and now it looks like one is almost here.

Our latest spy shots and video show fresh prototypes for what's believed to be a new hybrid Corvette to be called the Corvette E-Ray, trademarks for which were discovered as far back as 2015.

Earlier shots show prototypes with the Corvette's coupe and convertible body styles, as well as its left- and right-hand-drive layouts. Chevy engineers also had a Corvette Stingray and Acura NSX for benchmarking in the earlier shots.

The fact that the NSX, a hybrid supercar with dual motors up front and a V-6 and single motor combo at the rear, is the only rival model being used for benchmarking points to a hybrid Corvette being tested here. Recall, Chevy also used the Audi R8, Ferrari 458 Italia, and Porsche 911 Carrera S when developing the Stingray.

A look inside the prototypes also show the instrument clusters covered up. This is likely to hide new details specific to the hybrid Corvette.

We can also see that the prototypes feature a new wide-body design that will also be shared with the Corvette Z06 seen in some of the shots and due for a reveal on October 26. The hybrid Corvette will likely debut sometime in 2022, as a 2023 model. It is expected to serve as the replacement for the previous C7 Corvette's Grand Sport grade.

It isn't clear what powertrain the hybrid Corvette will run but rumors point to a single motor powering the front axle and the Stingray's 6.2-liter V-8 powering the rear axle. Peak output is expected to fall between 600 and 650 hp, and we could even see plug-in capability, which would mean a small electric range will be possible.

A more potent hybrid system with an electric motor also at the rear axle is expected to be reserved for a future Corvette Zora flagship.

Yes, more electrification is coming to the Corvette lineup. There are even plans to launch an electric C8 Corvette, a model whose existence has been mentioned by President Joe Biden on multiple occasions. Considering General Motors plans to have all its light vehicles powered by electricity by 2035, it's possible the eventual C9 Corvette will be electric only.