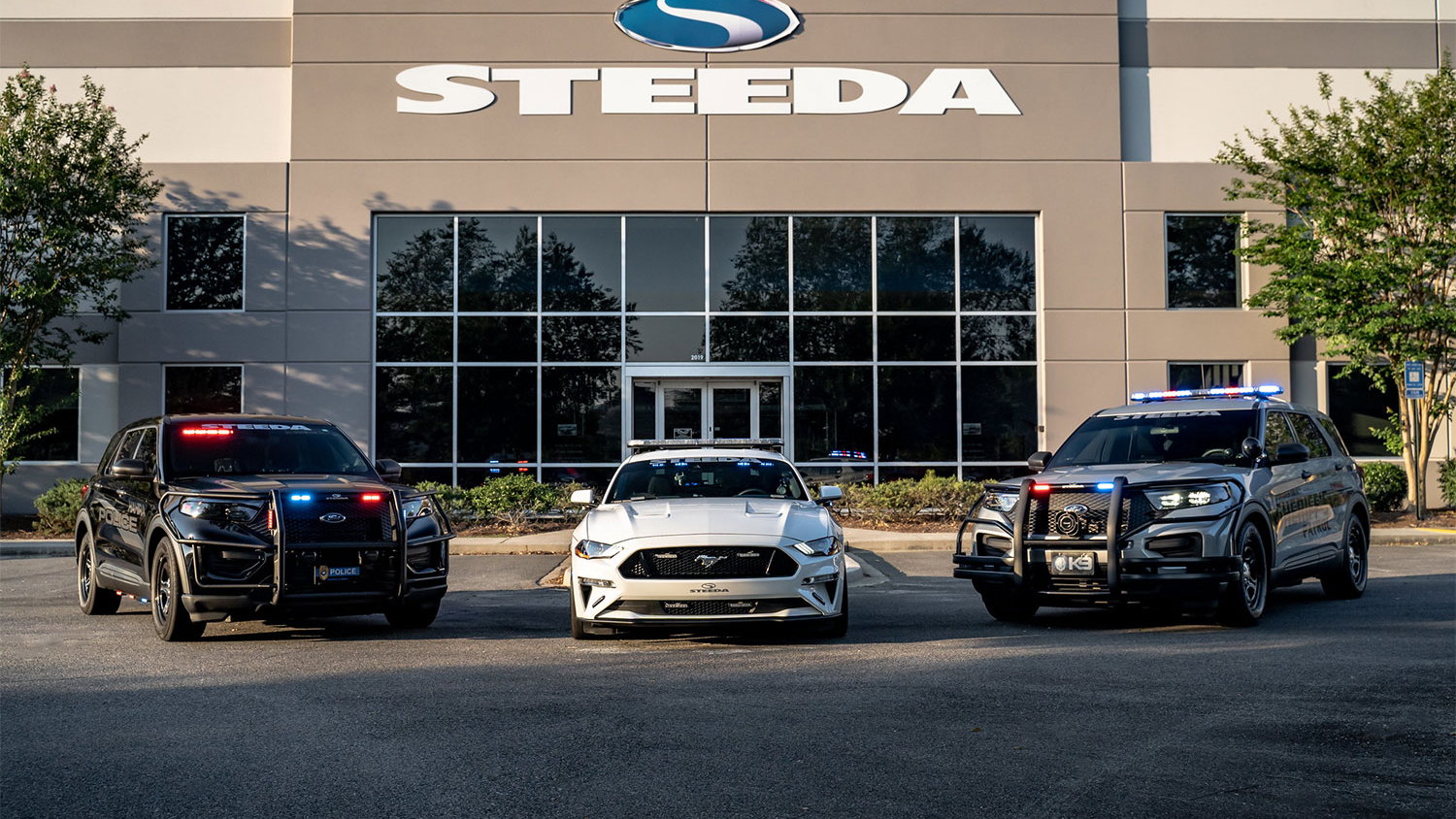 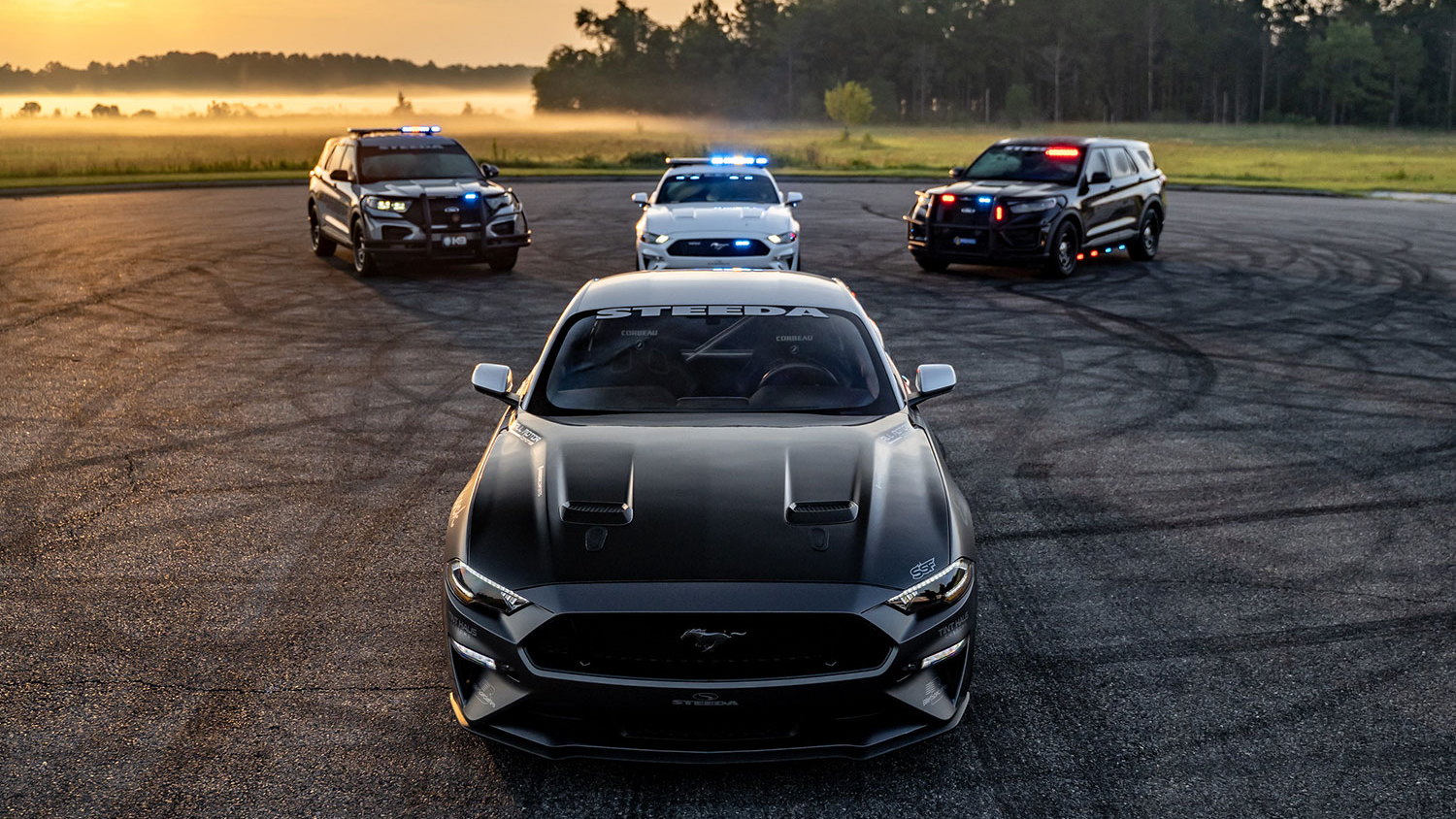 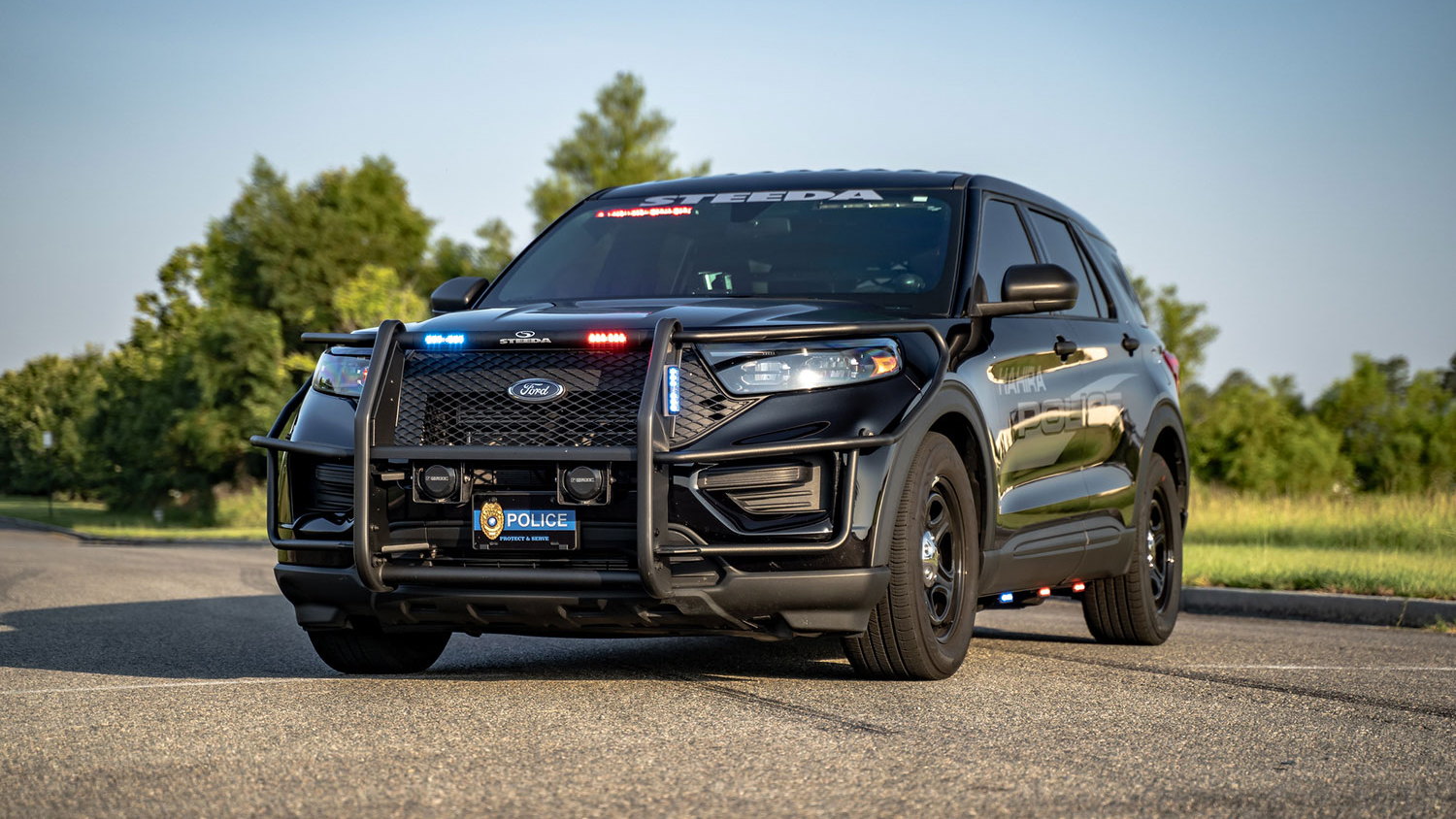 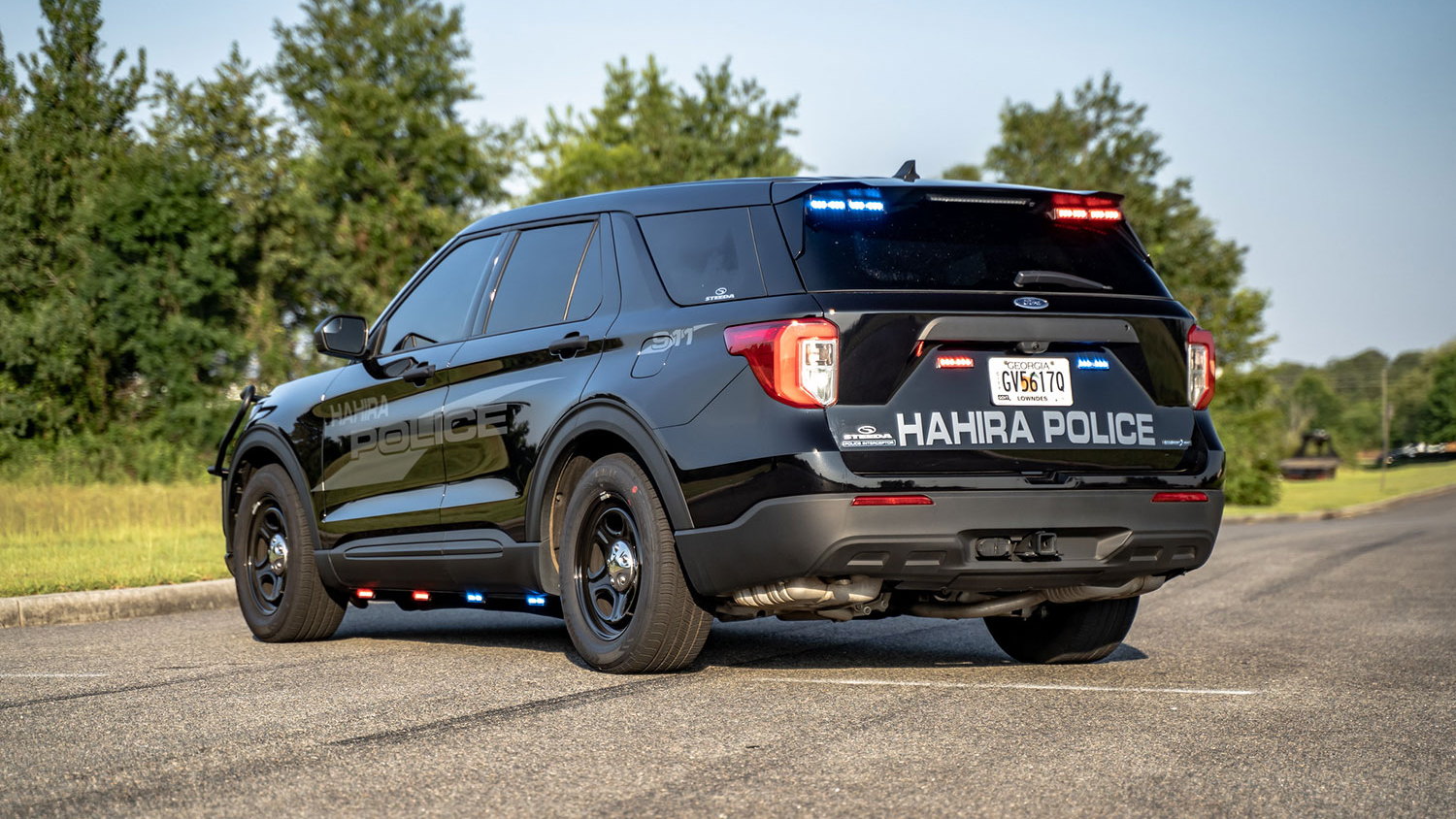 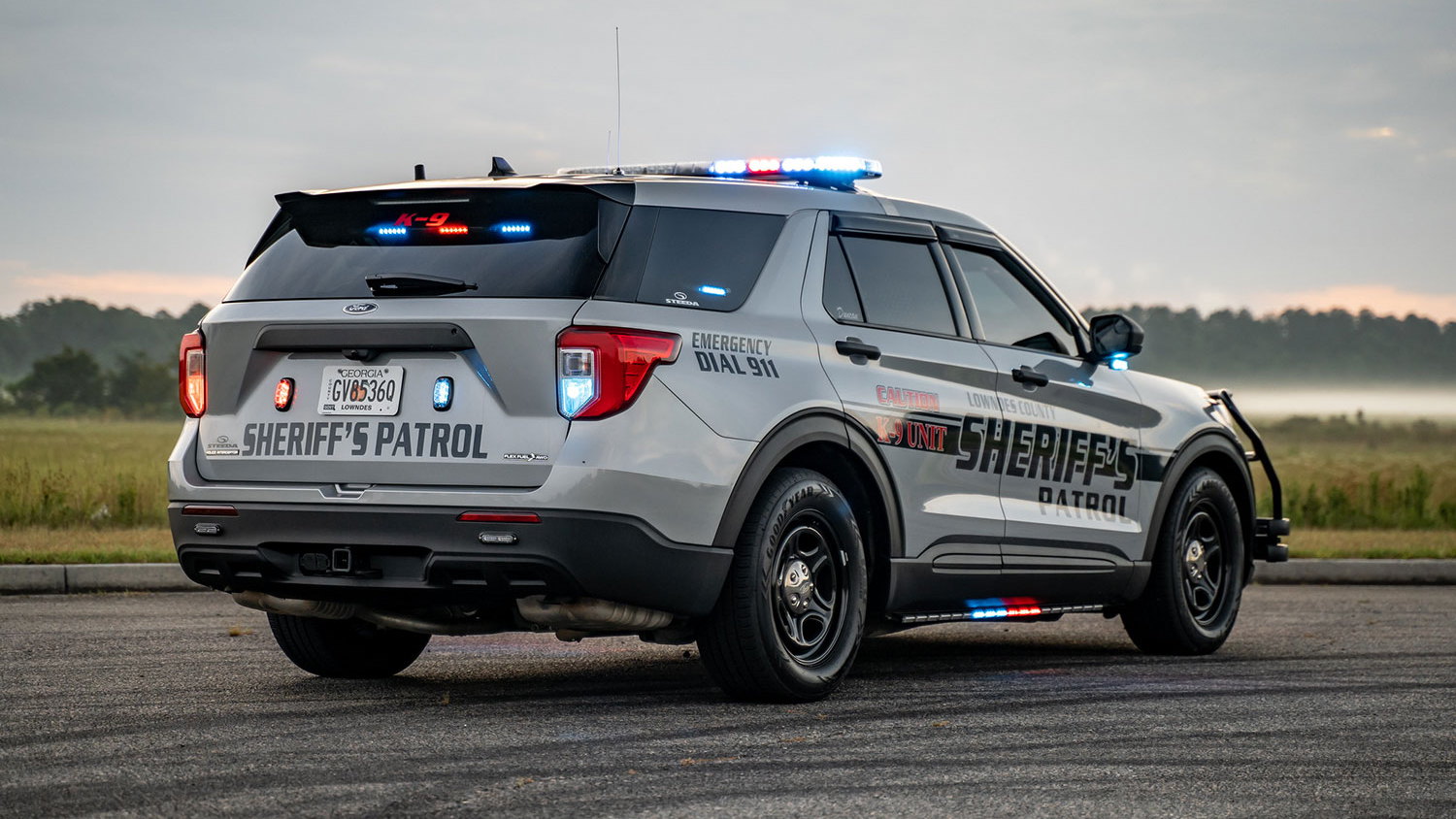 In addition to building fast cars for civilians, Ford tuner Steeda builds them for the cops that chase them down. Its Special Service Vehicle (SSV) program equips the Ford Mustang and Ford Explorer for police duty.

The latest in a long line of Mustang police cars, the Steeda SSV Mustang is based on the Mustang GT, retaining the stock 5.0-liter V-8 and 10-speed automatic transmission. Steeda adds its own software tune, cold air intake, and cat back exhaust, but the company didn't say how much those additions improve on the stock output of 450 hp and 420 lb-ft of torque.

Steeda also fits its police Mustang with adjustable front and rear sway bars, as well as 20-inch wheels with staggered widths (10 inches wide in front, 11 inches in back) wrapped in Nitto Invo tires. The usual array of police graphics and lights are included as well.

While it is now expanding its offerings, Steeda isn't new to the police-car business. Over the past 30 years, the company has built cars for police departments in Georgia and Florida, a spokesperson told Motor Authority.

The Explorer has effectively taken over from the Crown Victoria and Taurus as Ford's default police cars, meaning there should be a healthy supply of vehicles for Steeda to tune. Ford also offers an F-150 police truck and is building Mustang Mach-E police cars for New York City. Will Steeda have a go at tuning those next?