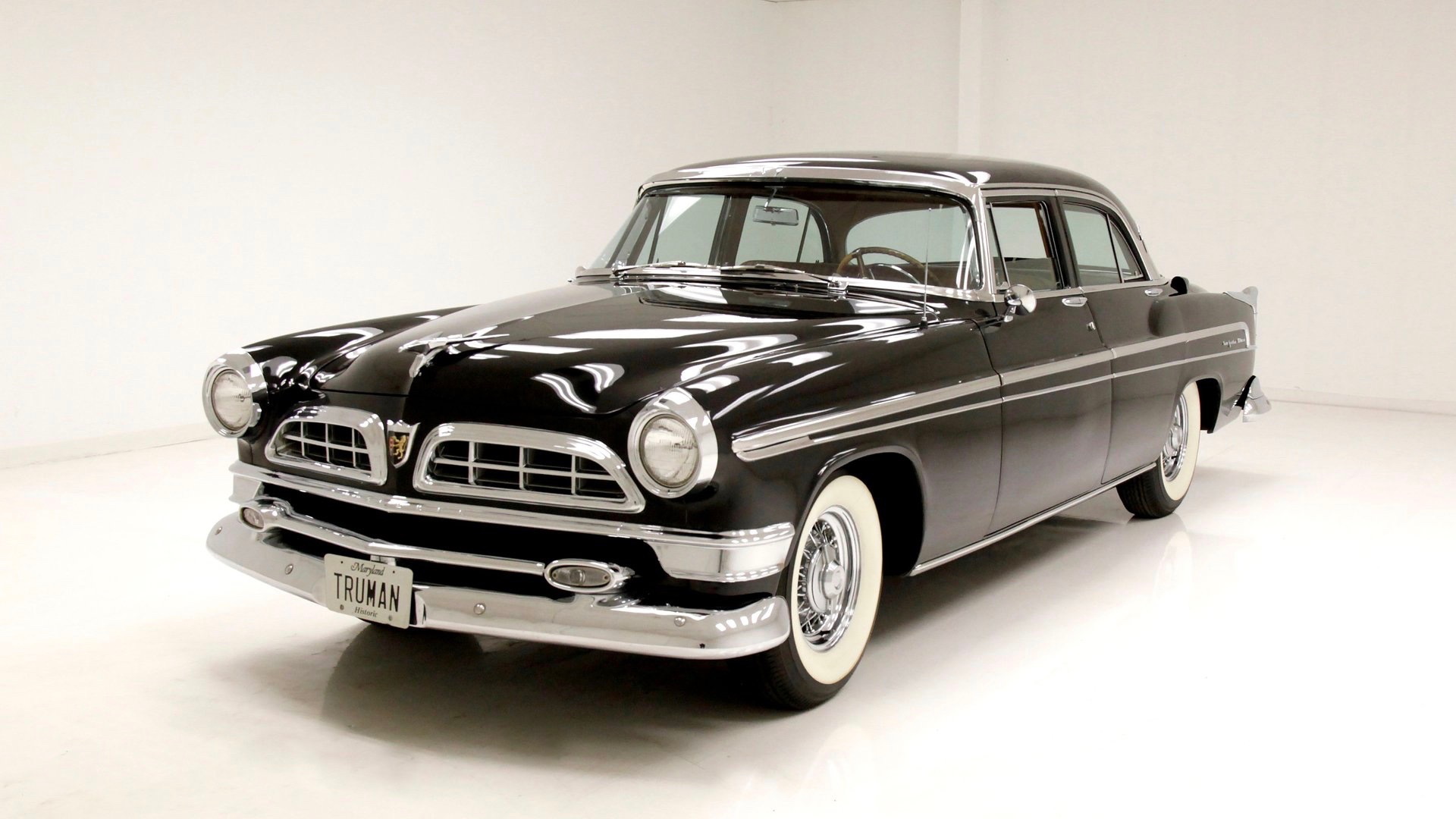 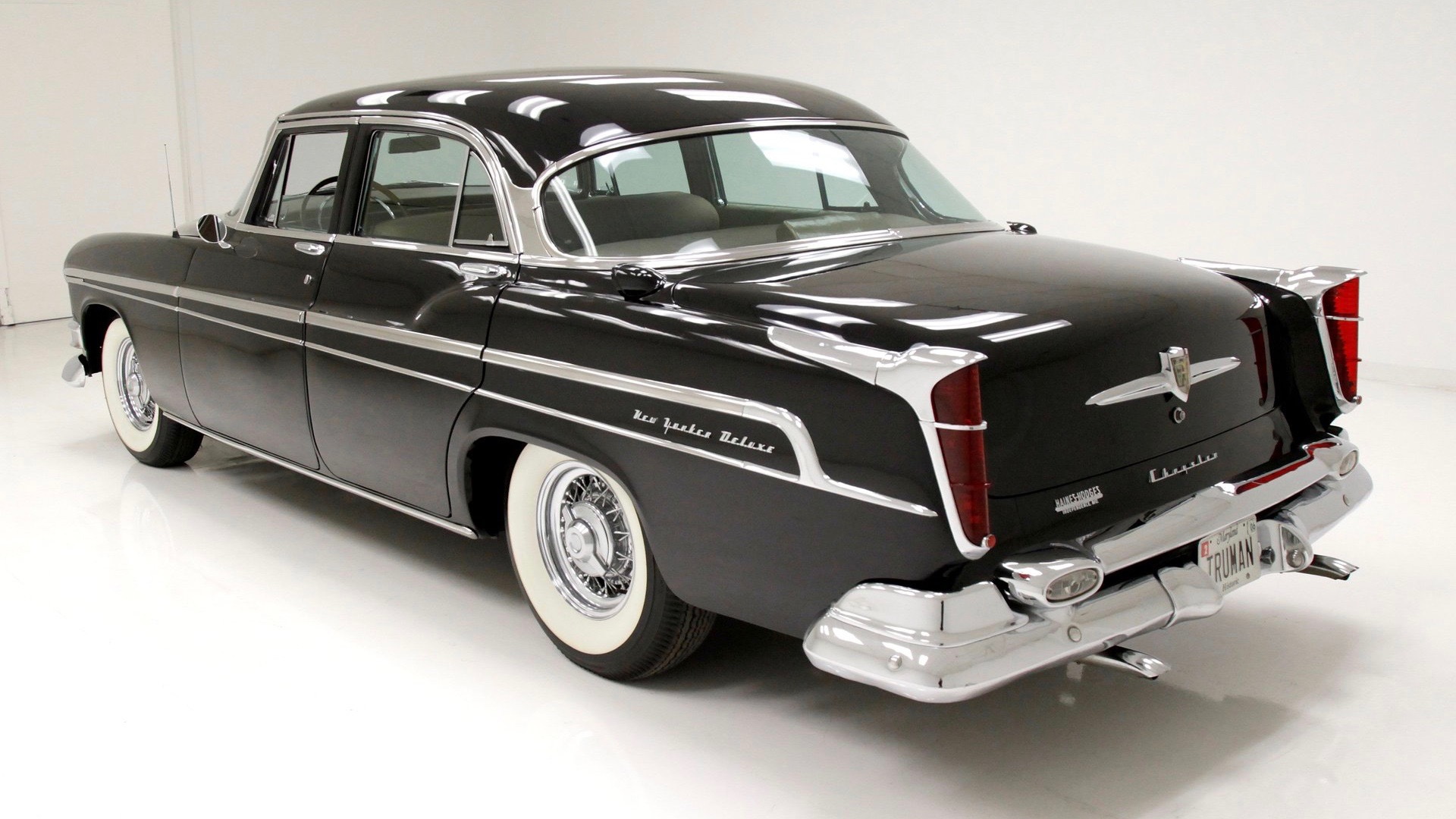 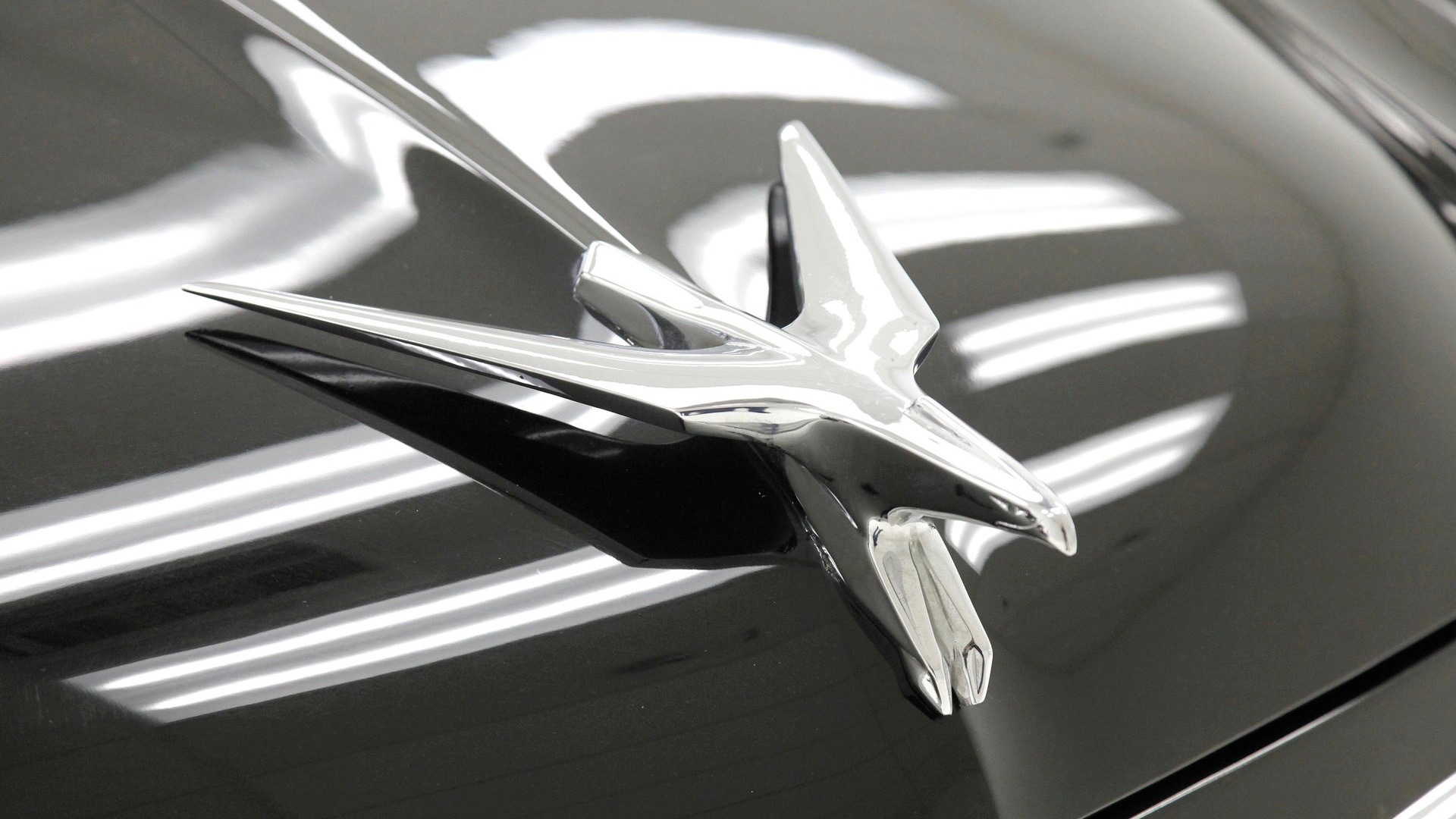 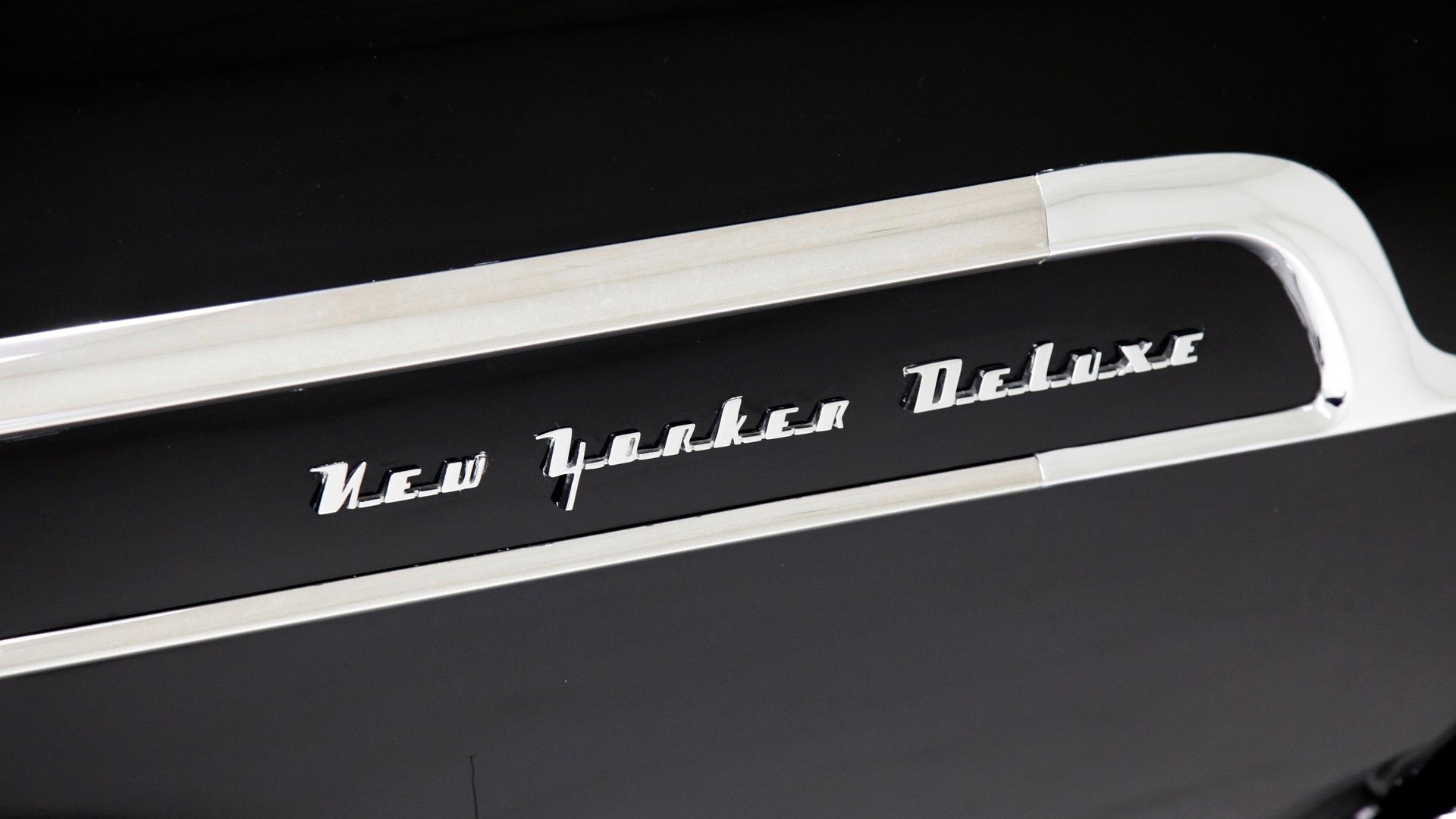 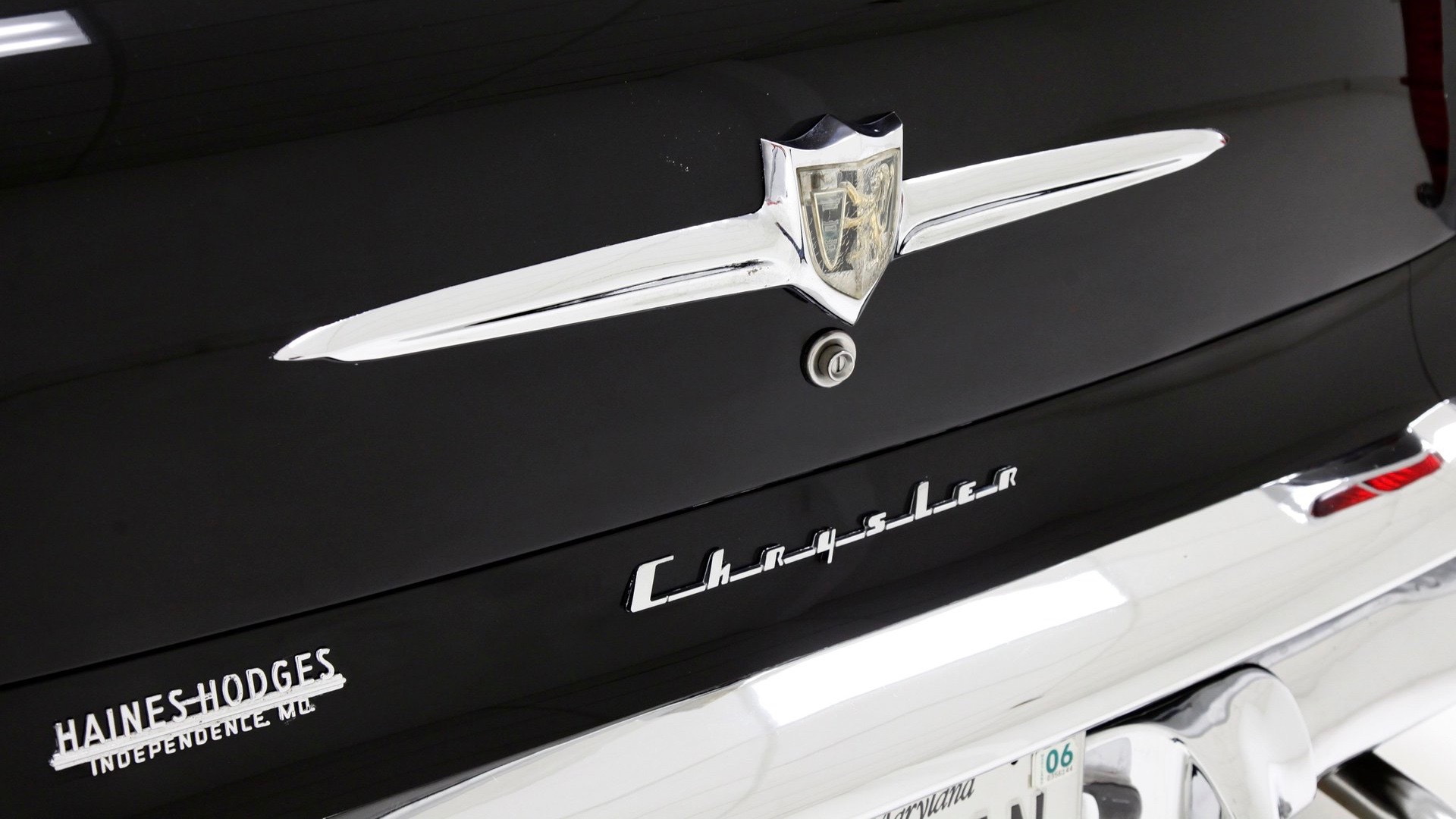 A 1955 Chrysler New Yorker with a presidential pedigree is currently up for sale. The black sedan was Harry S. Truman's daily driver after he left office, according to seller Classic Auto Mall.

First spotted by Car and Driver, the New Yorker represents the first year of the "Forward Look" design language that redefined Chrysler styling and was considered very influential at the time. The seller claims the car has been fully restored inside and out, and in photos the black-and-chrome exterior and tan leather and cloth upholstery certainly look fresh.

However, the seller notes that the car isn't in running condition. Despite being "completely restored," the numbers-matching 331-cubic-inch Hemi V-8 cranks but doesn't start, according to the listing. When running, it drives the rear wheels through a 2-speed Powerflite automatic transmission.

Truman was a loyal Chrysler customer. As Car and Driver notes, he and his wife Bess set out on a 19-day road trip in a different Chrysler New Yorker shortly after Truman left office in 1953. Truman's last car was also a Chrysler. A 1972 Newport was purchased about six months before his death, and survives today in the garage of Truman's Missouri home, now a museum.

While this is certainly no ordinary New Yorker, the $83,500 asking price is still a big leap from what similar non-presidential cars usually sell for. For example, a non-running 1955 New Yorker two-door hardtop sold for just $7,700 on Bring a Trailer in 2020, Car and Driver noted.

U.S. presidents have had eclectic tastes in personal cars, ranging from Ronald Reagan's Subaru BRAT to Joe Biden's Chevrolet Corvette. But these cars are more likely to end up in museums than showrooms, so perhaps the rareness of this opportunity will convince someone to pay the Truman-owned Chrysler's premium price.