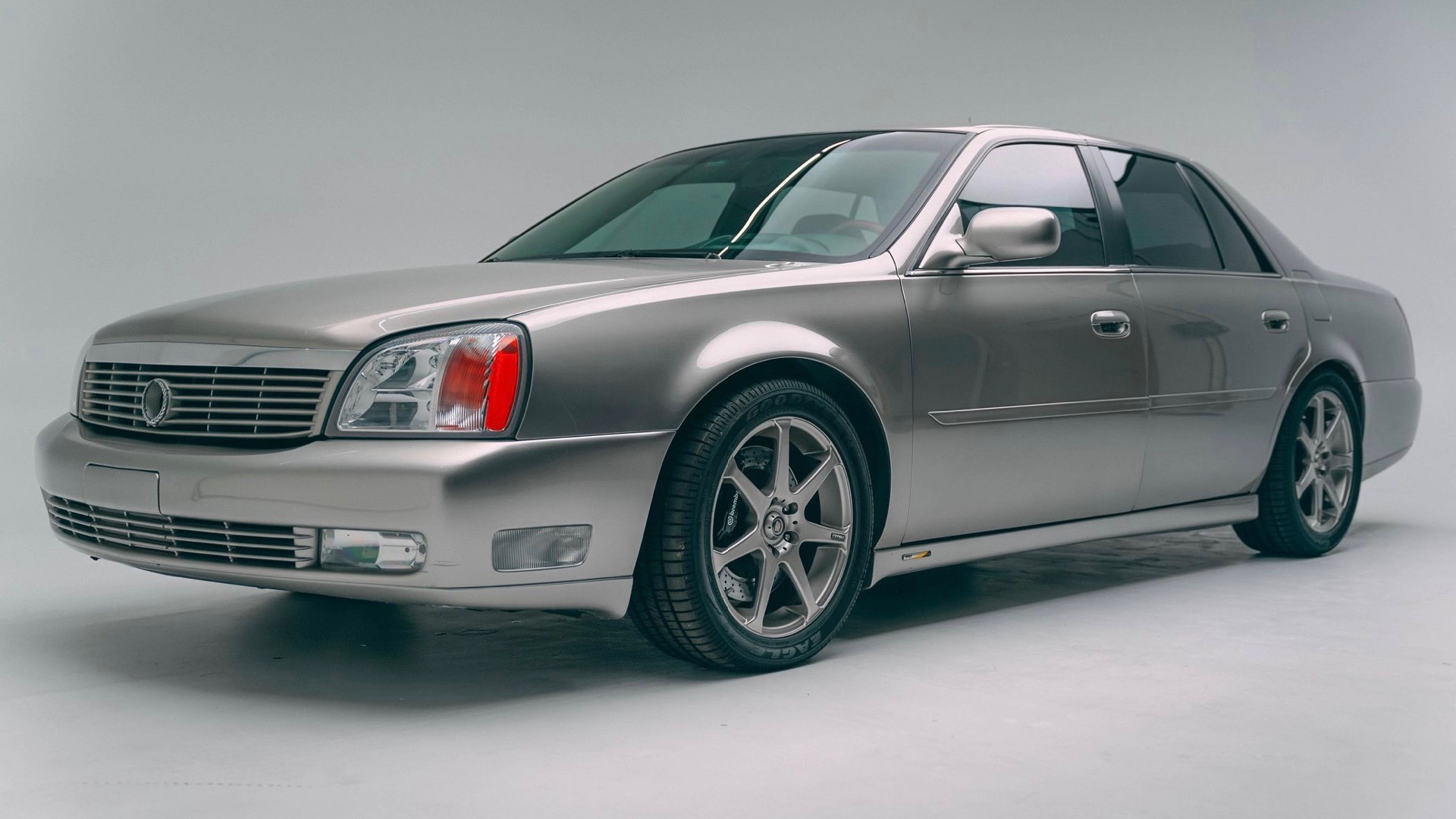 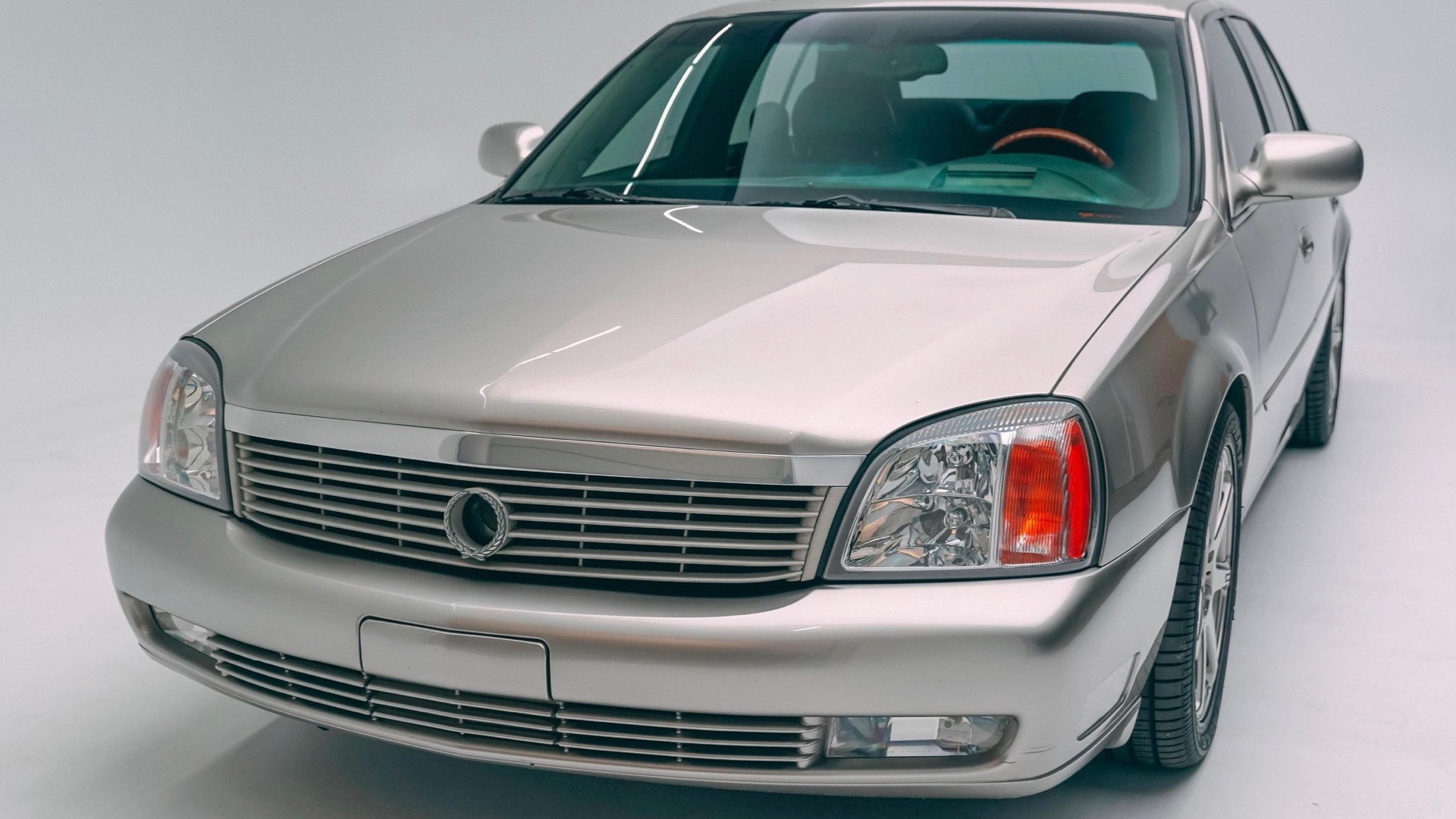 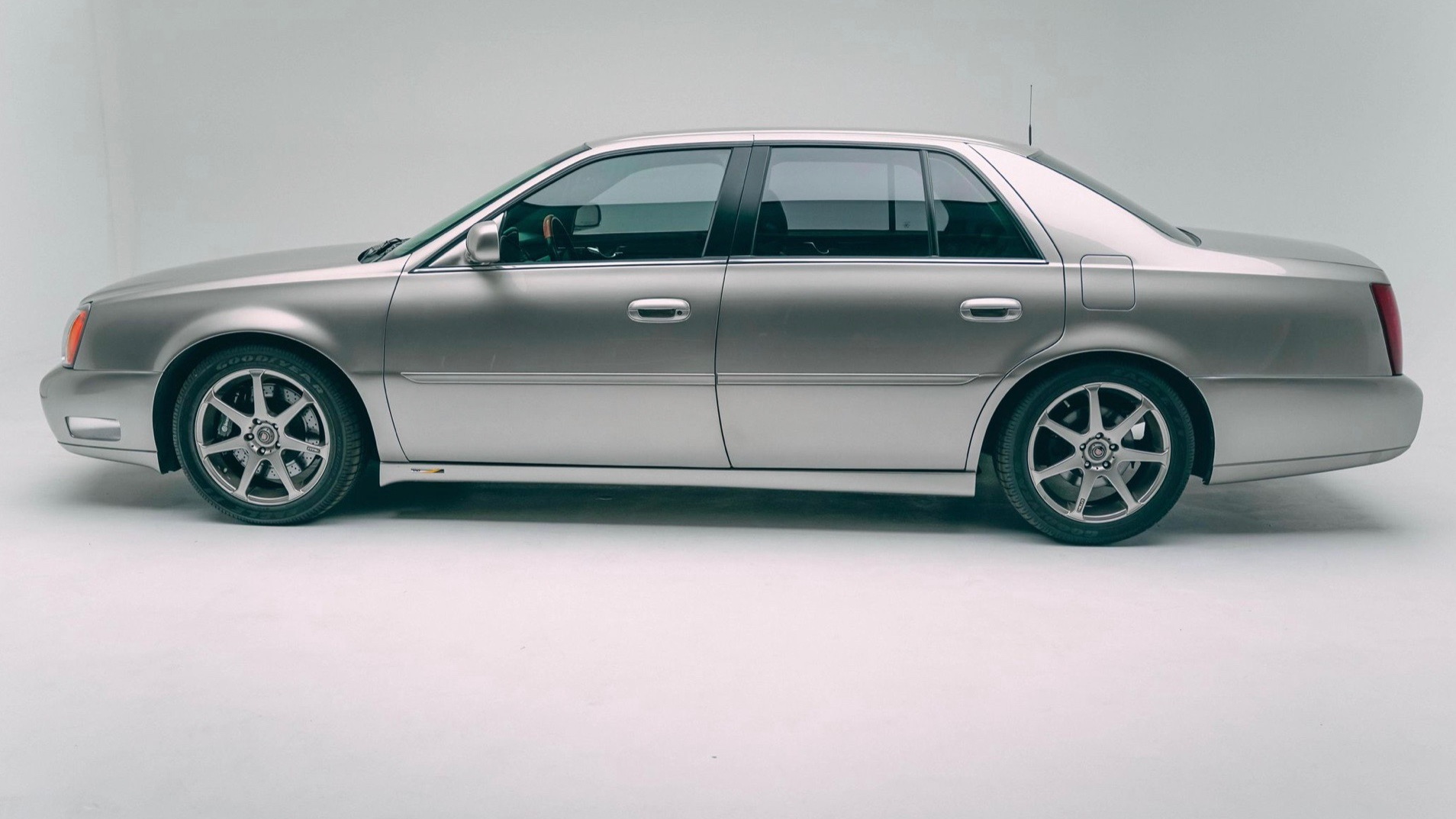 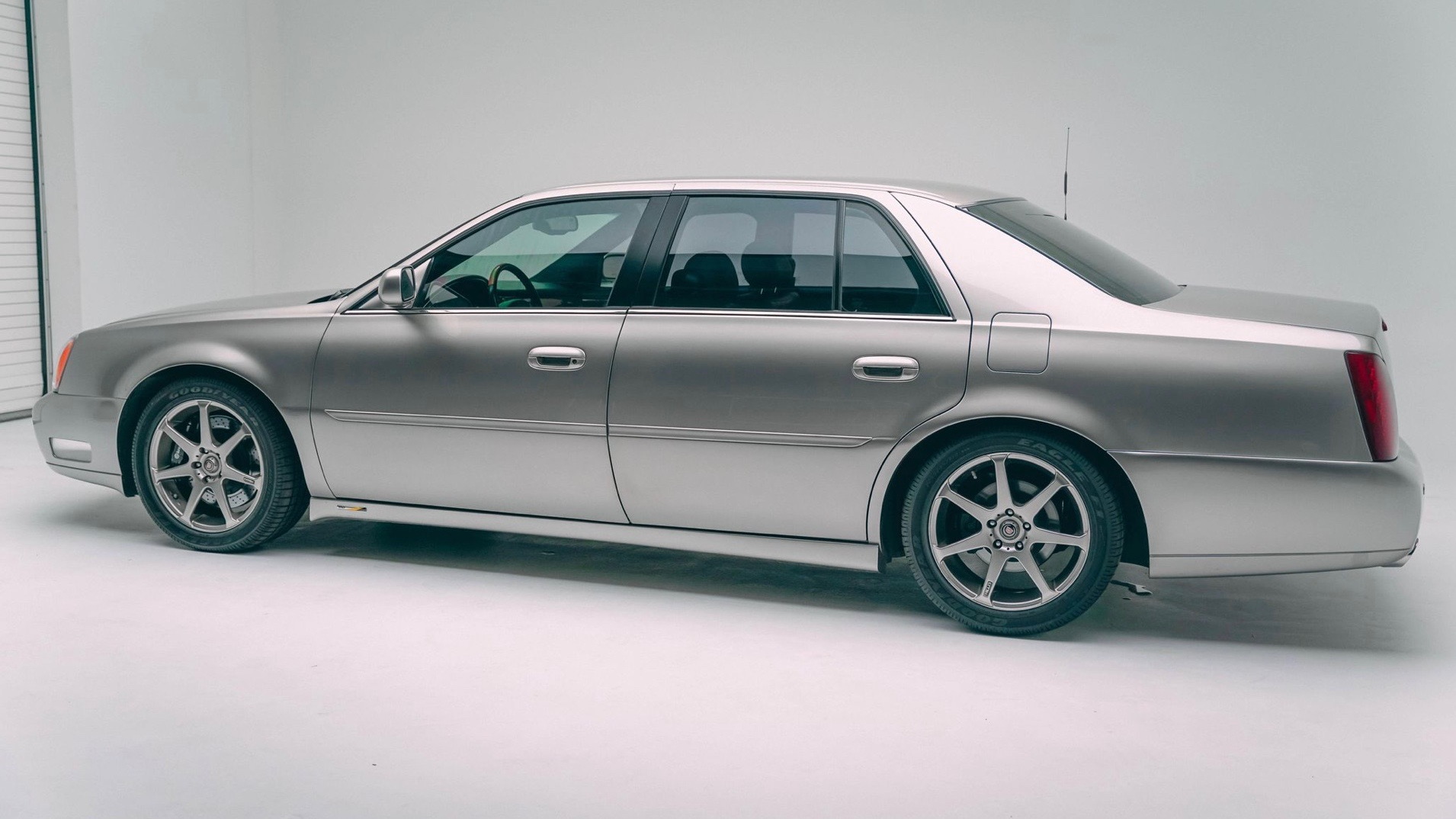 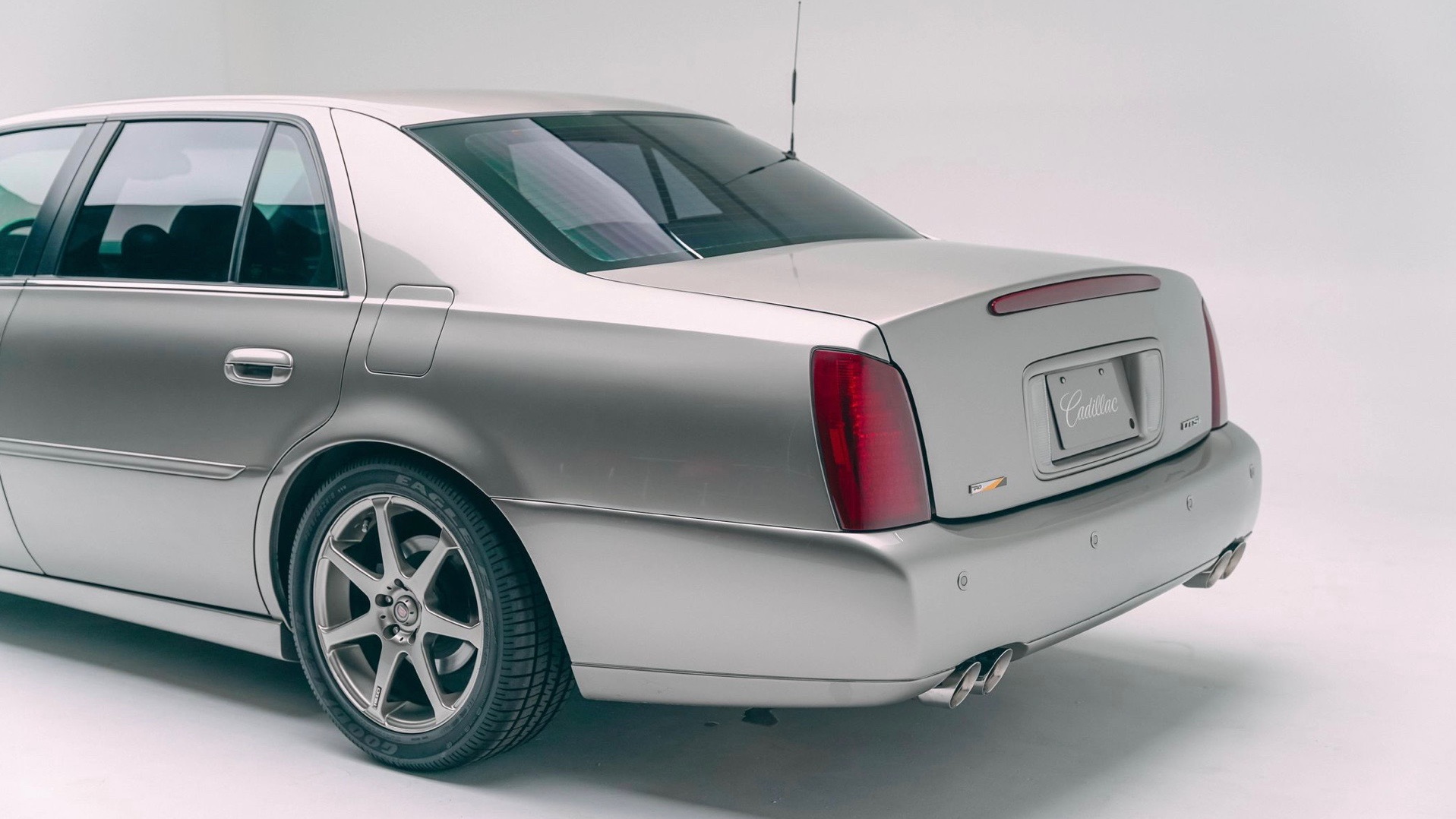 Tim Allen has commissioned several modified cars for his massive car collection, and now there's a chance to own one of them. Currently part of the Petersen Automotive Museum collection, this 2000 Cadillac Seville DTSi sold for $35,500 on Cars & Bids.

New for the 2000 model year, the eighth-generation DeVille was no performance car, even in DeVille Touring Sedan (DTS) form. But this sedan was modified by Cadillac and Michigan-based Wheel to Wheel for the "Tool Man," according to the sale listing.

The DeVille left the factory with Cadillac's 4.6-liter Northstar V-8, which produced 300 hp and 295 lb-ft of torque in stock form. Ported and polished cylinder heads, higher-compression pistons, and new intake and exhaust systems boosted output to a claimed 398 hp, though the listing notes that a dyno sheet is not available to confirm that.

The stock 4-speed automatic transmission and front-wheel drive were retained, which sounds like a recipe for torque steer. Cadillac would soon shift back to rear-wheel drive for most of its sedans, paving the way for multiple generations of V-Series performance models.

The DTSi rides an inch lower than a stock DTS, and has polyurethane bushings, aftermarket front and rear springs, a 30-mm front antiroll bar, and a front strut tower brace. The front brakes were upgraded as well, with Brembo 4-piston calipers and 14-inch drilled and vented rotors.

Subtle styling changes hint that this is no ordinary DeVille. The big sedan rolls on 18-inch Konig wheels and has an aluminum grille, carbon-fiber side skirts, and a trunk lid insert credited to "Tim Allen Design." The interior is mostly stock, with some tech features that would have been considered cutting edge at the turn of the century, including a head-up display and night vision.

The odometer currently shows just 13,400 miles, and the car appears to be in good shape aside from 2013 date-coded tires, a missing Cadillac grille badge, and a handful of minor cosmetic flaws.

The DTSi wasn't the only modified land yacht Allen commissioned. In a 2021 video tour of his car collection, he showed off a 1996 Chevrolet Impala SS with the LT5 V-8 from a C4 Corvette ZR-1, capable of a claimed 12.9-second quarter-mile time. His collection also includes everything from a Ford RS200 Group B rally homologation special to a restomodded 1968 Chevy Camaro.

Update: This story was updated to reflect the car's sale price after the auction closed.