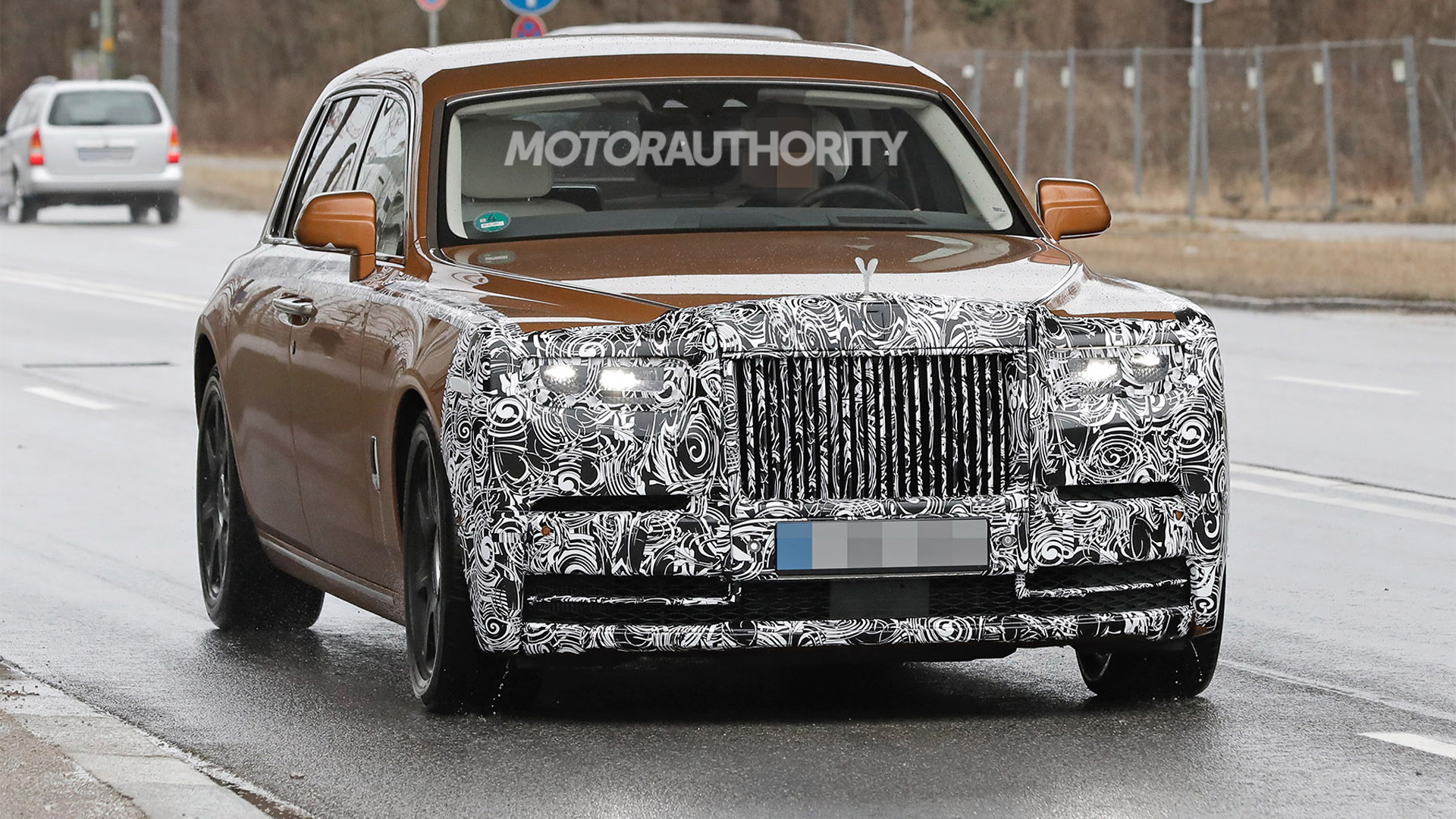 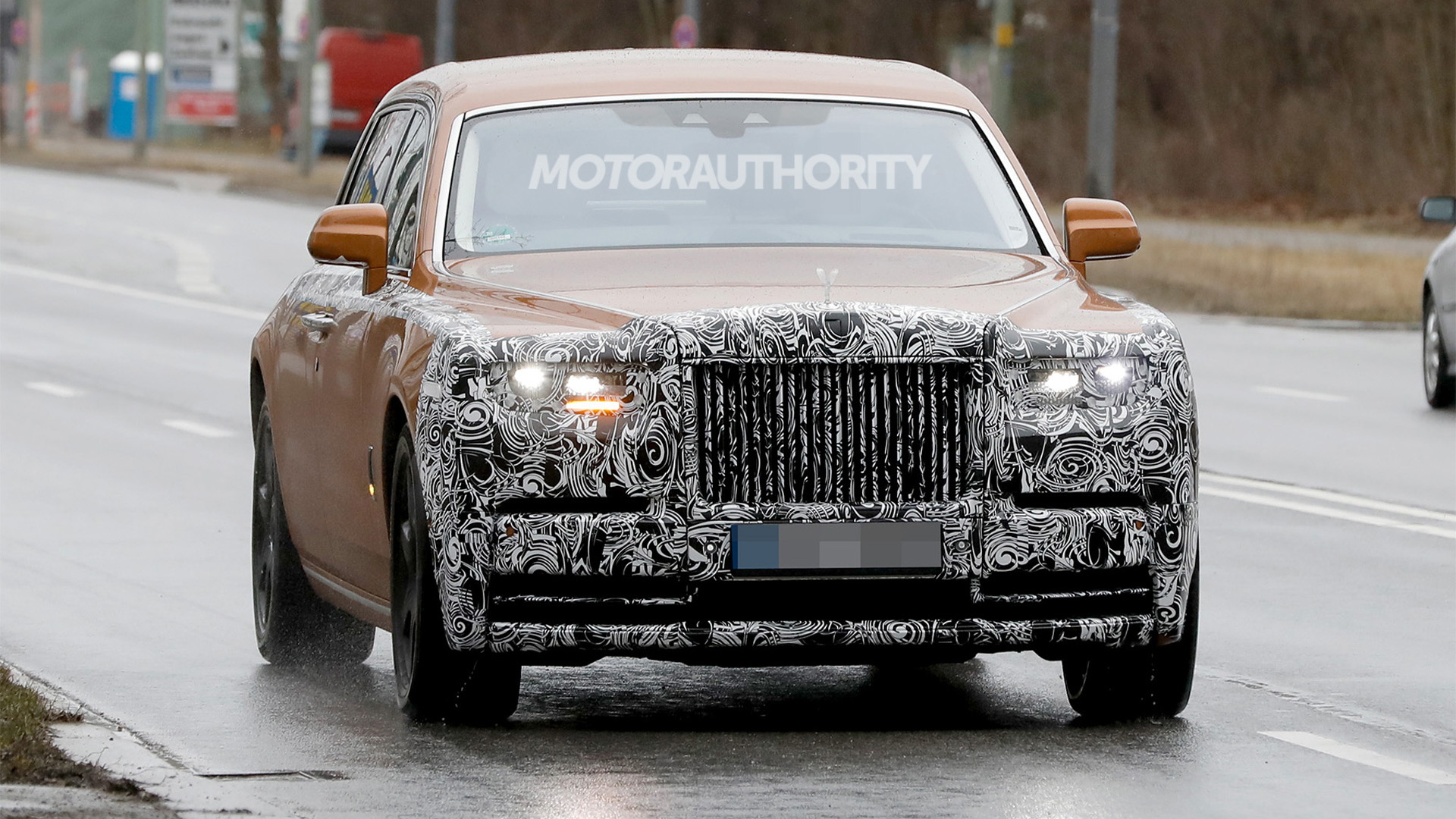 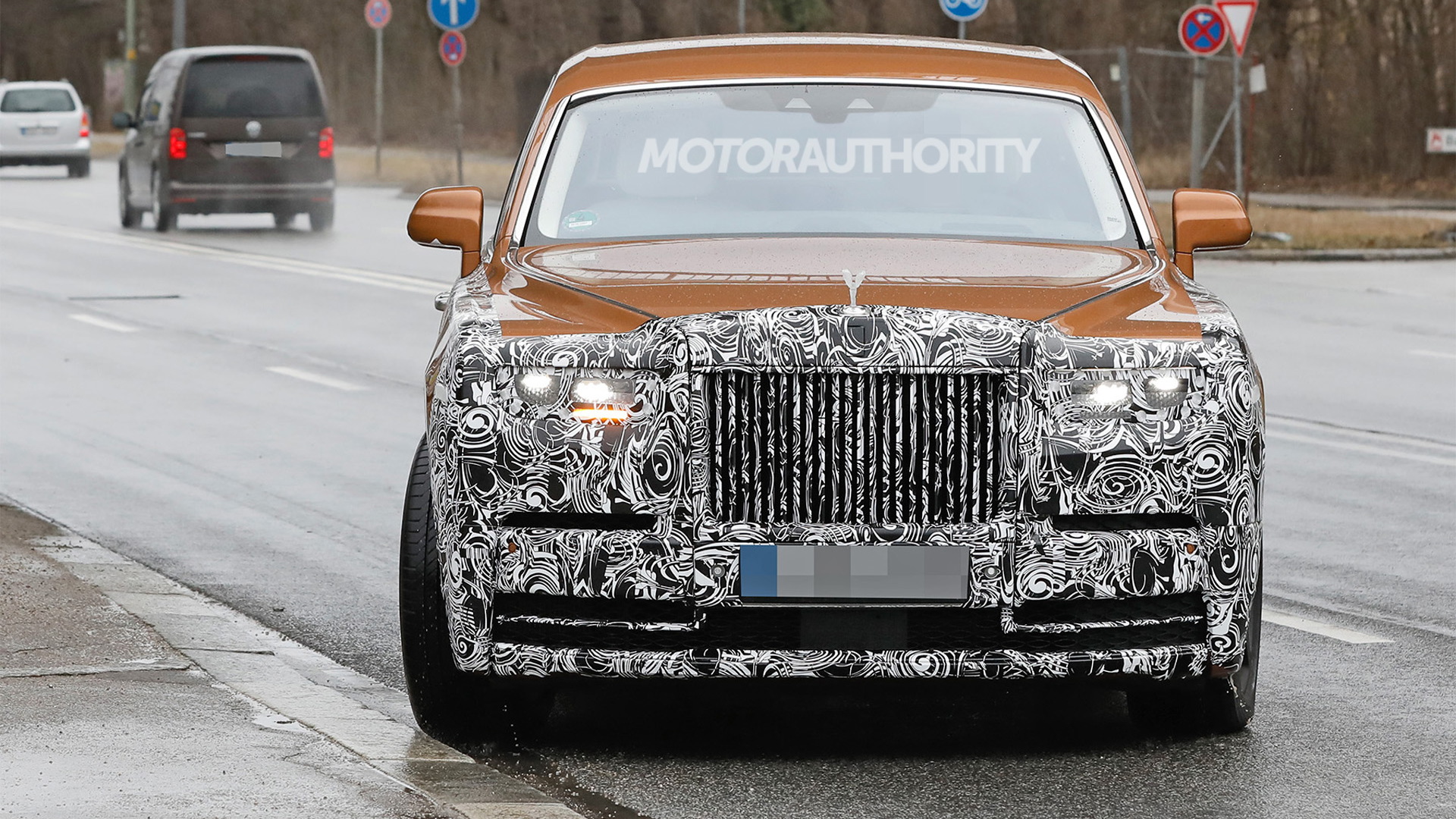 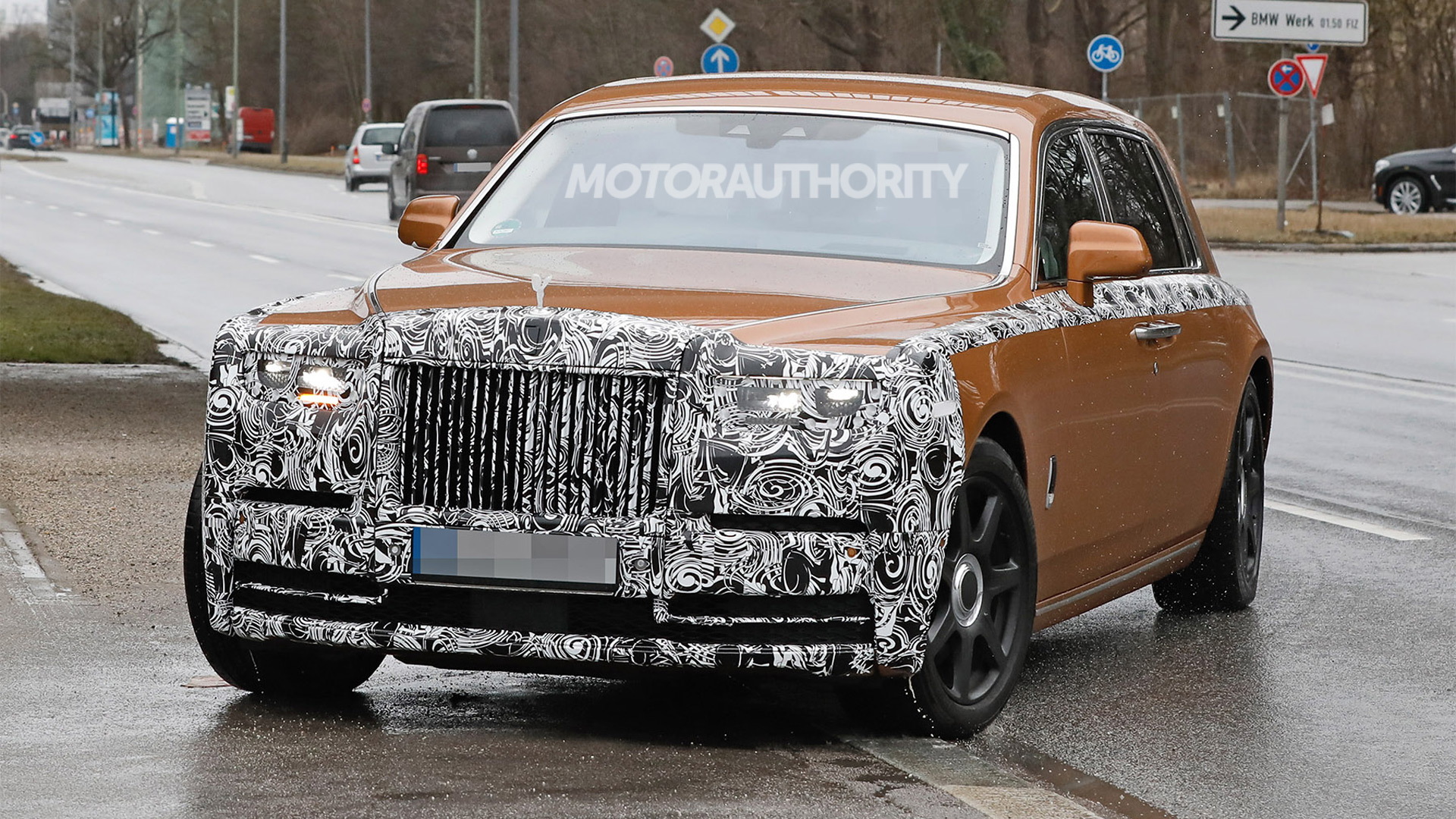 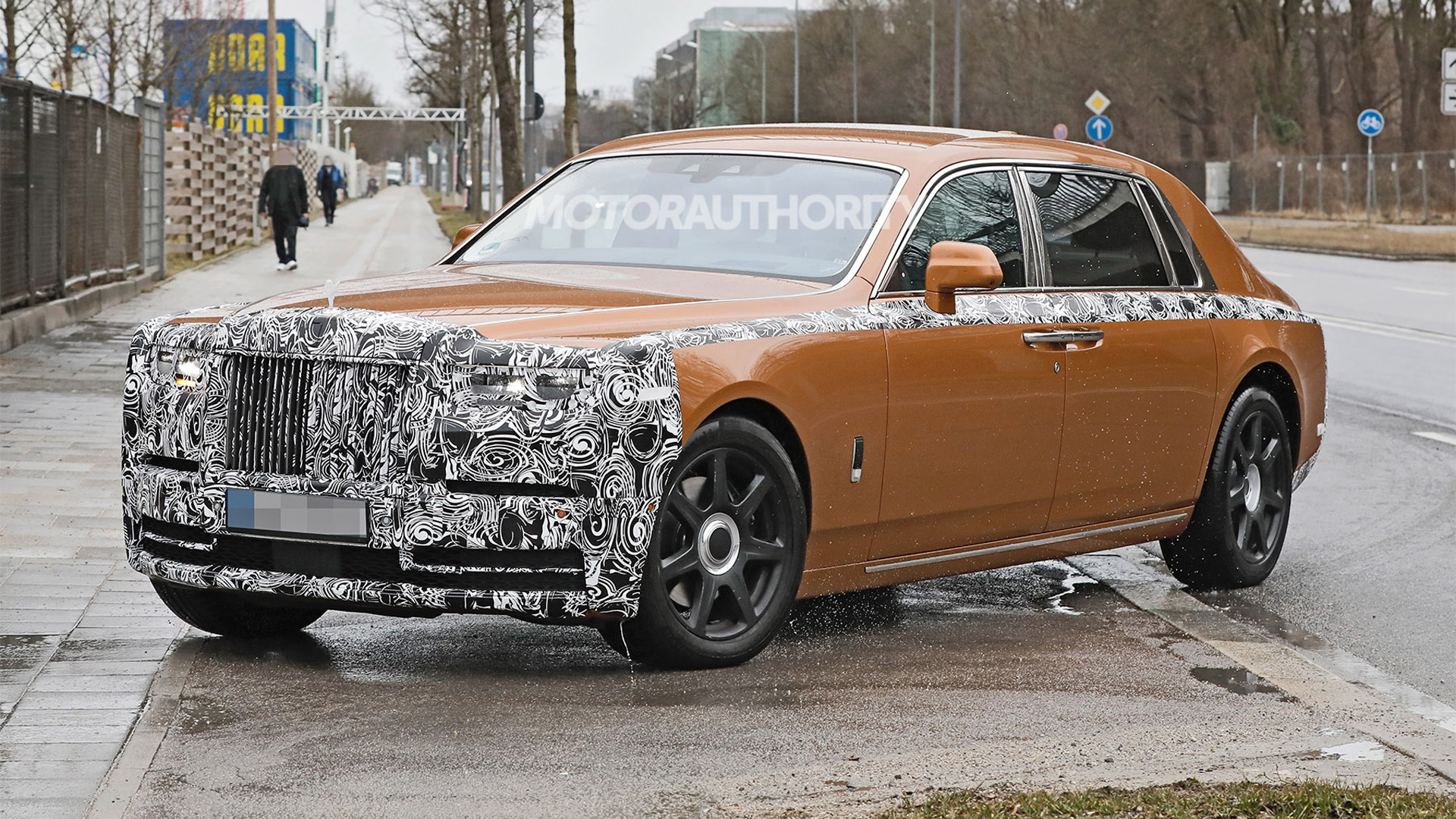 A Rolls-Royce Phantom sporting some camouflage gear has been spotted testing again.

It suggests the British automaker is preparing an updated version of its flagship, the current generation of which arrived in 2017 as a 2018 model. Expect this updated version to arrive later this year or early next, as a 2023 model.

Given the traditional long life cycle of the Phantom, it's likely too early for the current car's mid-cycle update. This is evident by the lack of major changes to the car's styling.

What we can see are new internals for the headlights. The color of the latest prototype is also new for the Phantom range.

It's possible that Rolls-Royce is simply updating its flagship with some of the new technologies that fellow BMW Group brand BMW will use for its redesigned 7-Series coming up shortly.

Rolls-Royce should also fit the car with its new, aerodynamically enhanced Spirit of Ecstasy hood ornament.

Don't expect any change for the powertrain. The 6.75-liter twin-turbocharged V-12 powering the current Phantom was significantly new compared to the V-12 it replaced. The engine generates a peak 563 hp and 664 lb-ft of torque, with drive sent to the rear wheels via an 8-speed automatic.

Rolls-Royce is expected to offer an electric version of the current Phantom, though this likely won't occur until closer to Rolls-Royce's 2030 target to become a full-electric brand. Rolls-Royce's first electric vehicle will be a large coupe called the Spectre. It uses the same aluminum space-frame platform found in all contemporary Rolls-Royces, and will start sales in 2023.