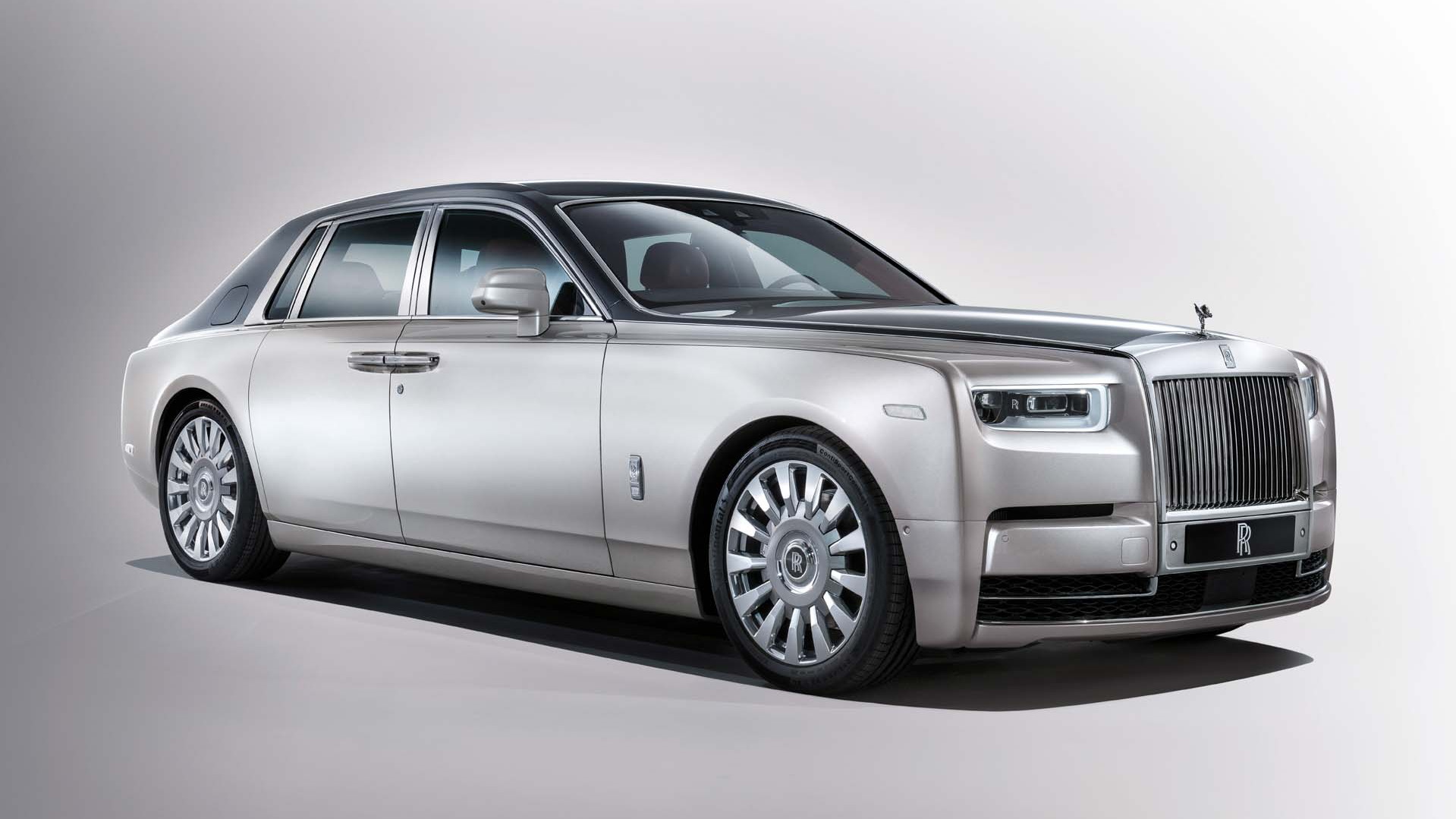 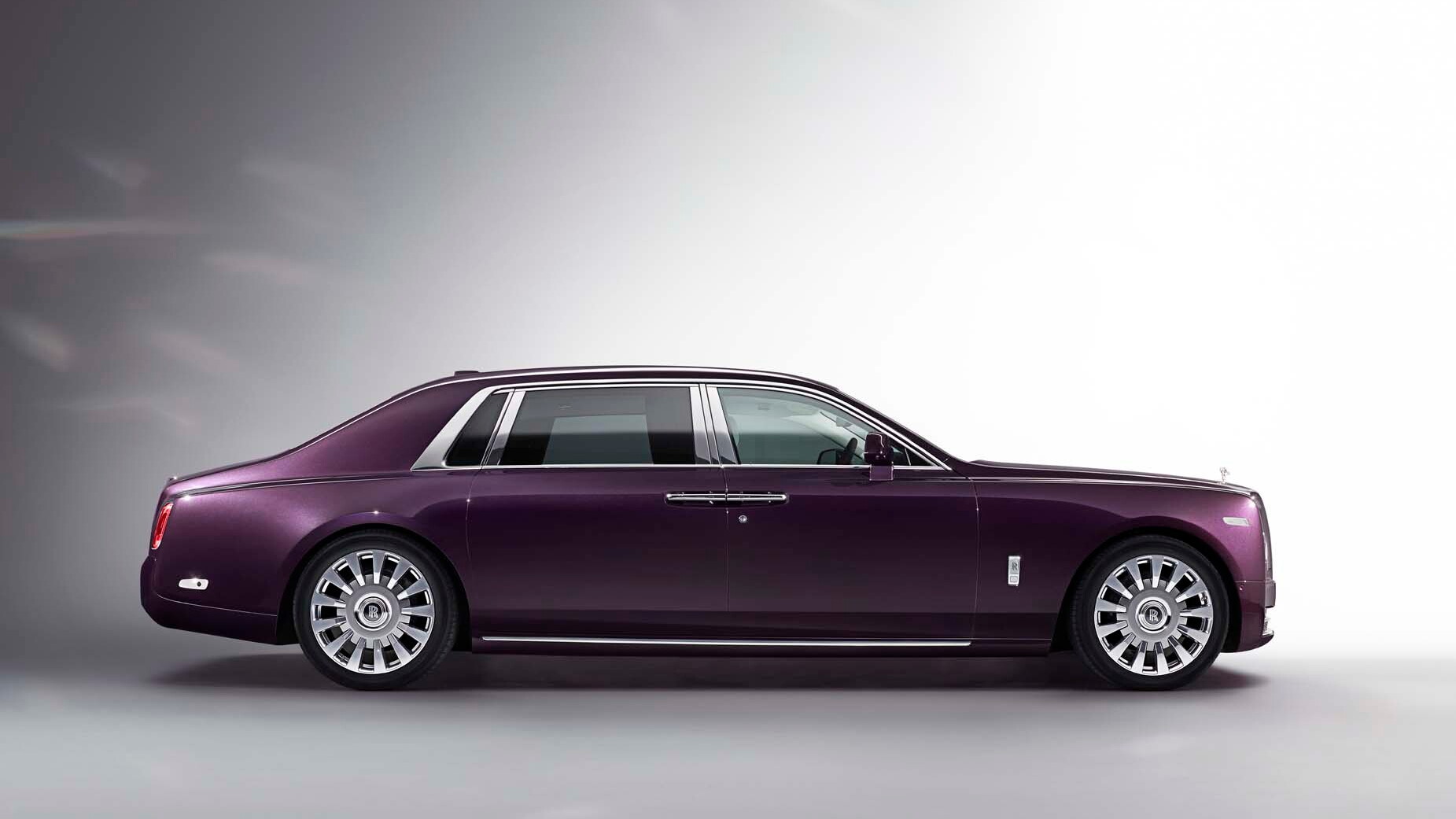 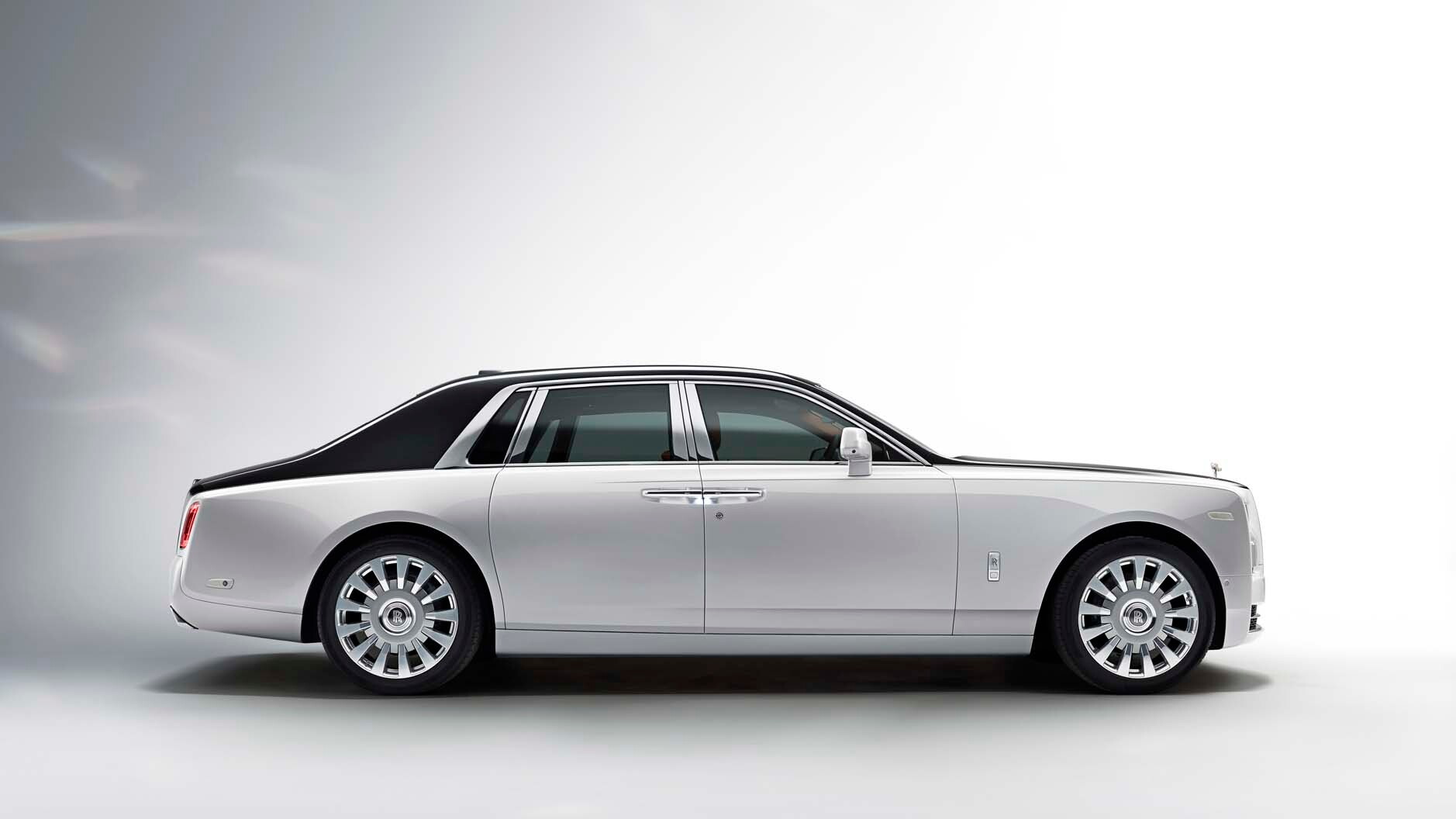 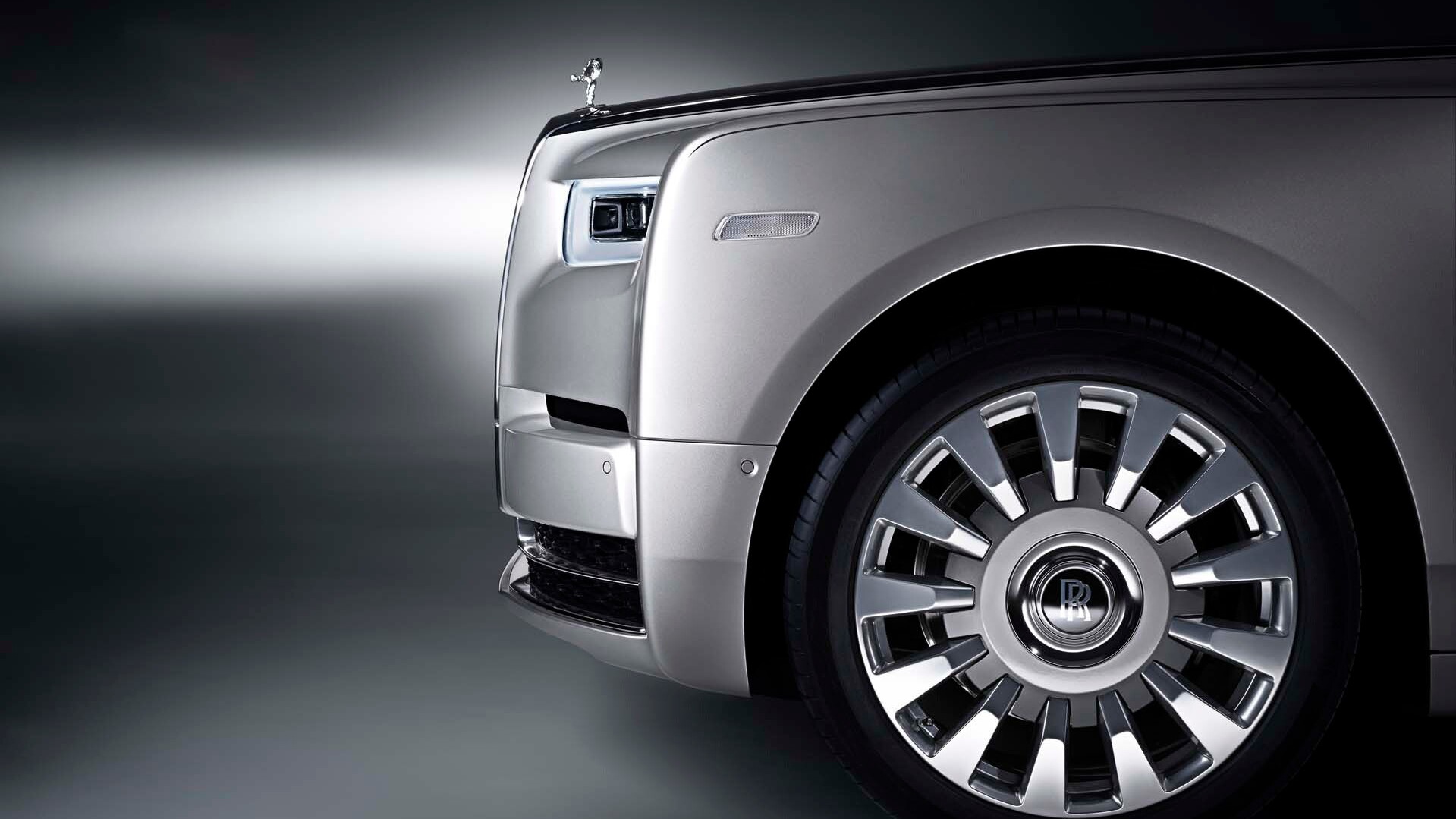 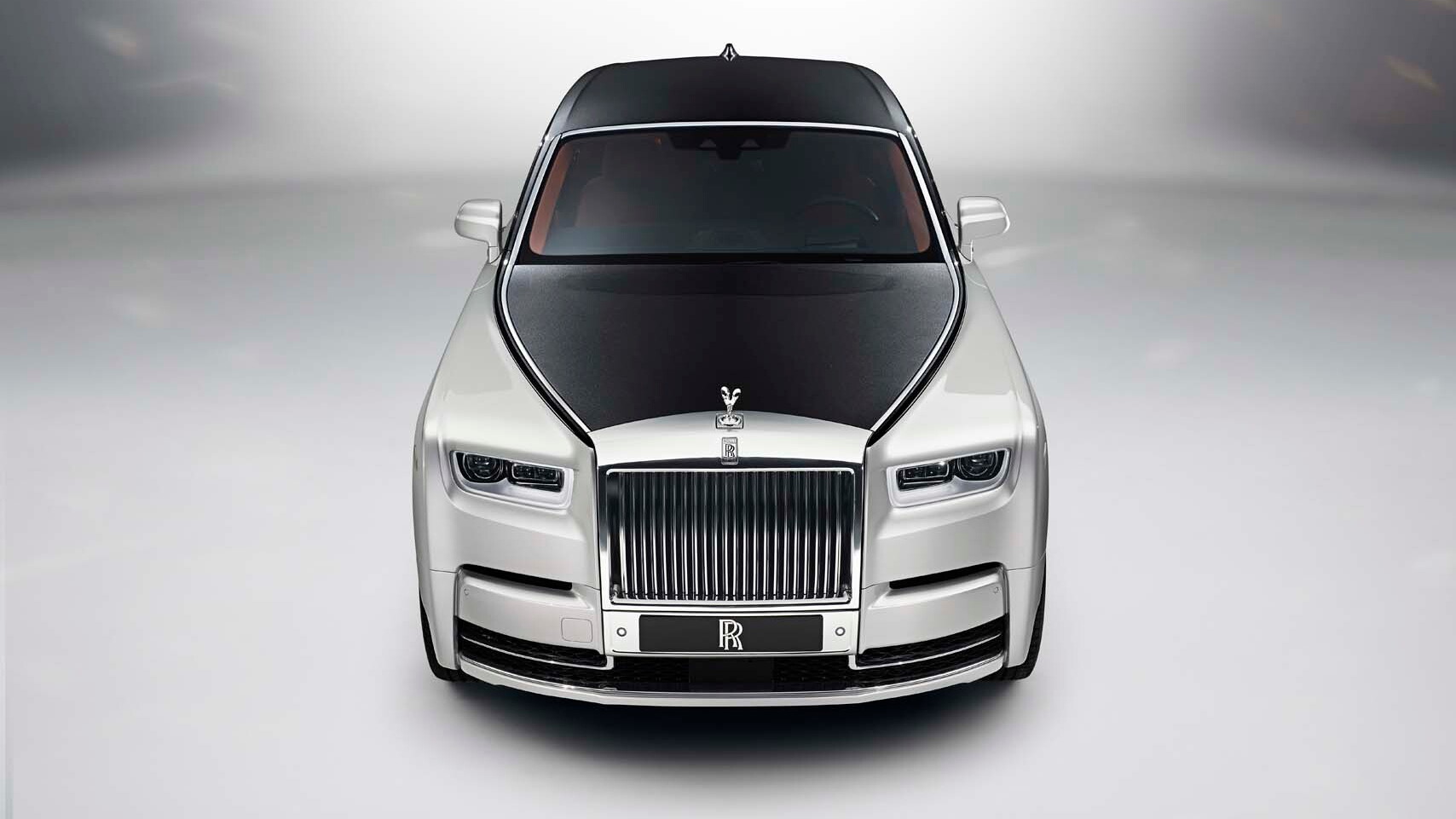 The newest Rolls-Royce Phantom was unveiled Thursday in London, the eighth-generation of the benchmark ultra-luxury sedan and the most recent iteration since 2003. The new Phantom is the second generation developed under BMW ownership and features an aluminum spaceframe "Architecture of Luxury" that will eventually underpin future Rollers as well, including the SUV.

Rolls says the new architecture will provide a new level of its opulence because it is lighter, stiffer, quieter, and more technologically advanced. In fact, Rolls says it is 30 percent more rigid than the outgoing structure. Two wheelbases will be offered, standard and extended.

Both the double wishbone front suspension and five-link rear axle feature self-leveling air suspension. Like Mercedes' Magic Body Control, the new Phantom has stereo cameras up front to read the road ahead and adjust the suspension to deal with any ruts or bumps at speeds up to 62 mph. Mercedes' system, however, uses steel springs and hydraulics. The Phantom also gets rear-wheel steering this time around.

Cradled in the new structure is a new twin-turbocharged 6.75-liter V-12 to replace a naturally aspirated V-12. The engine delivers 563 horsepower and 664 pound-feet of torque, the latter as low as 1,700 rpm. The V-12 is mated to an 8-speed automatic transmission, and power goes exclusively to the rear wheels.

Rolls says it expended incalculable effort to make the Phantom the most silent motor car in the world. Among those efforts were 286 pounds of sound insulation, one-quarter inch of two-layer glazing all around the car, the largest cast-aluminum joints in a body-in-white for better sound insulation, "silent seal" tires with a foam layer inside, double-skin alloy on areas with the floor and bulkhead with foam and felt layers between these skins. As a result, the Phantom VIII is about 10 percent quieter at 62 mph than the Phantom VII.

Safety and technology are on the menu for the new Phantom as well. Safety features include features such as a surround-view camera system, night vision, adaptive cruise control, forward collision warnings, cross-traffic alerts, lane departure warnings. Tech features consists of a 7-by-3-inch head-up display that measures, a wi-fi hotspot, and the usual navigation and entertainment systems.

The new design is an evolution of the last, but is certainly distinctive. The hand-polished stainless steel grille is taller and larger grille, but it's more laid back and integrated into the body for the first time. Character lines bow out from the grille and flow backward, achieving their full width on the roof. The headlights use laser lighting and create their own graphic. The rear window has a faster rake. Large, 22-inch wheels sit at all four corners.

Overall, the look is still proper and upright, but with sleeker windows providing a bit of visual tension.

Rolls said the interior embodies "The Embrace." Owners enter through in the rear-hinged doors, and all four doors can be doors can be automatically closed. Technology is hidden until needed, and surfaces are clean—more time to gaze at the cabin, apparently. Wood paneling can be chosen for the doors, center console, dash, and rear tables. The largest "Starlight" headliner ever put in a Rolls is here, and owners can put their own art pieces behind glass on the dashboard fascia.

Buyers will be able to order (or "commission" in Rolls speak) several rear seating arrangements. Choices include a lounge seat, individual buckets with a center armrest, buckets with a fixed center console, and a new sleeping seat. The fixed center console can house a small bar with whisky glasses and decanter, champagne flutes, and a refrigerator.

With so many possibilities, each Phantom should be unique automobile in its own right, with buyers deciding what works for them. As always, if you have to ask how much the new Phantom costs, it might be out of your price range. The last Phantom started at over $420,000.

Rolls-Royce didn't specify when the new Phantom would go on sale, but we'll be getting up close with it for the first time in mid-September at the 2017 Frankfurt auto show.