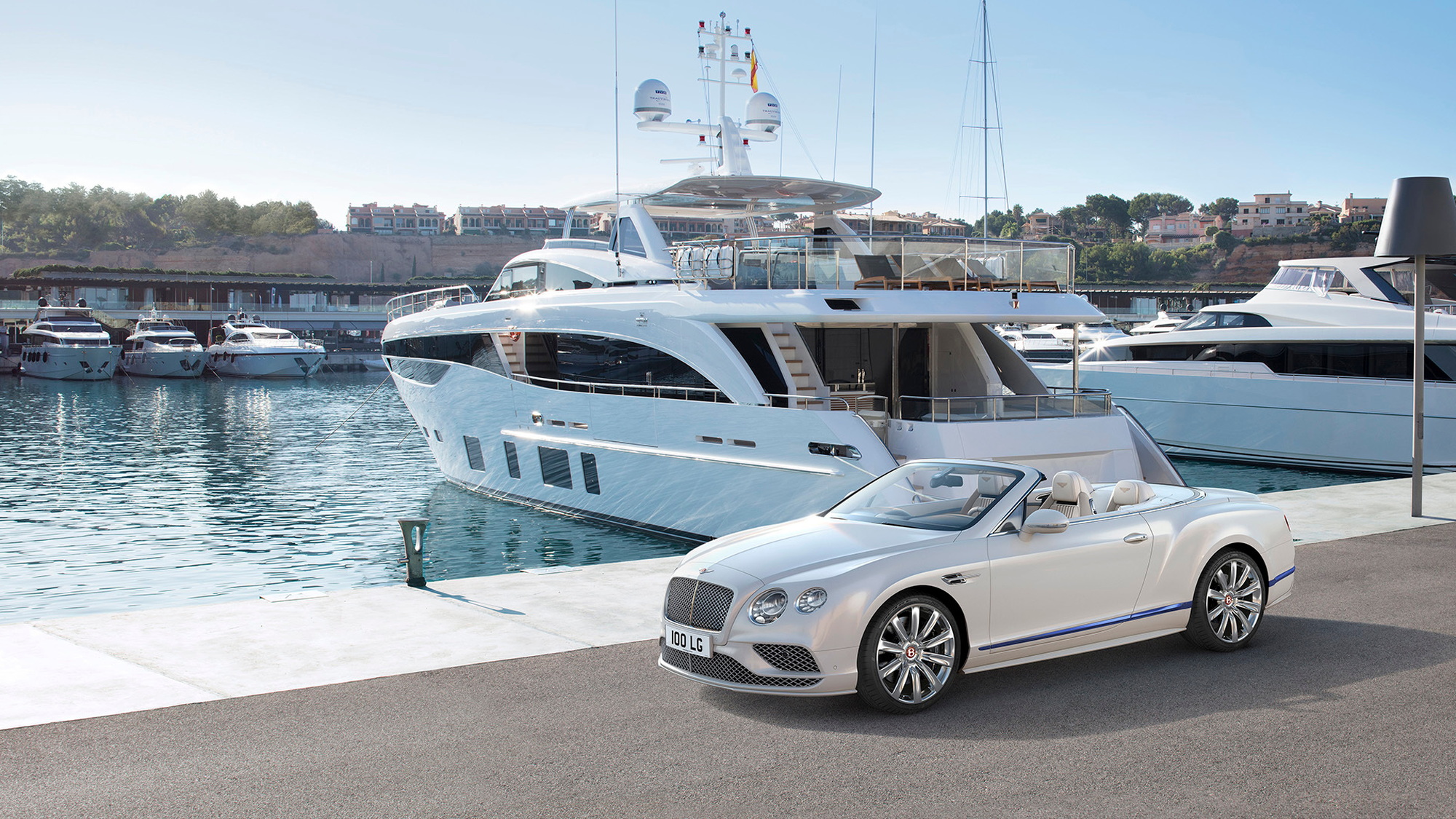 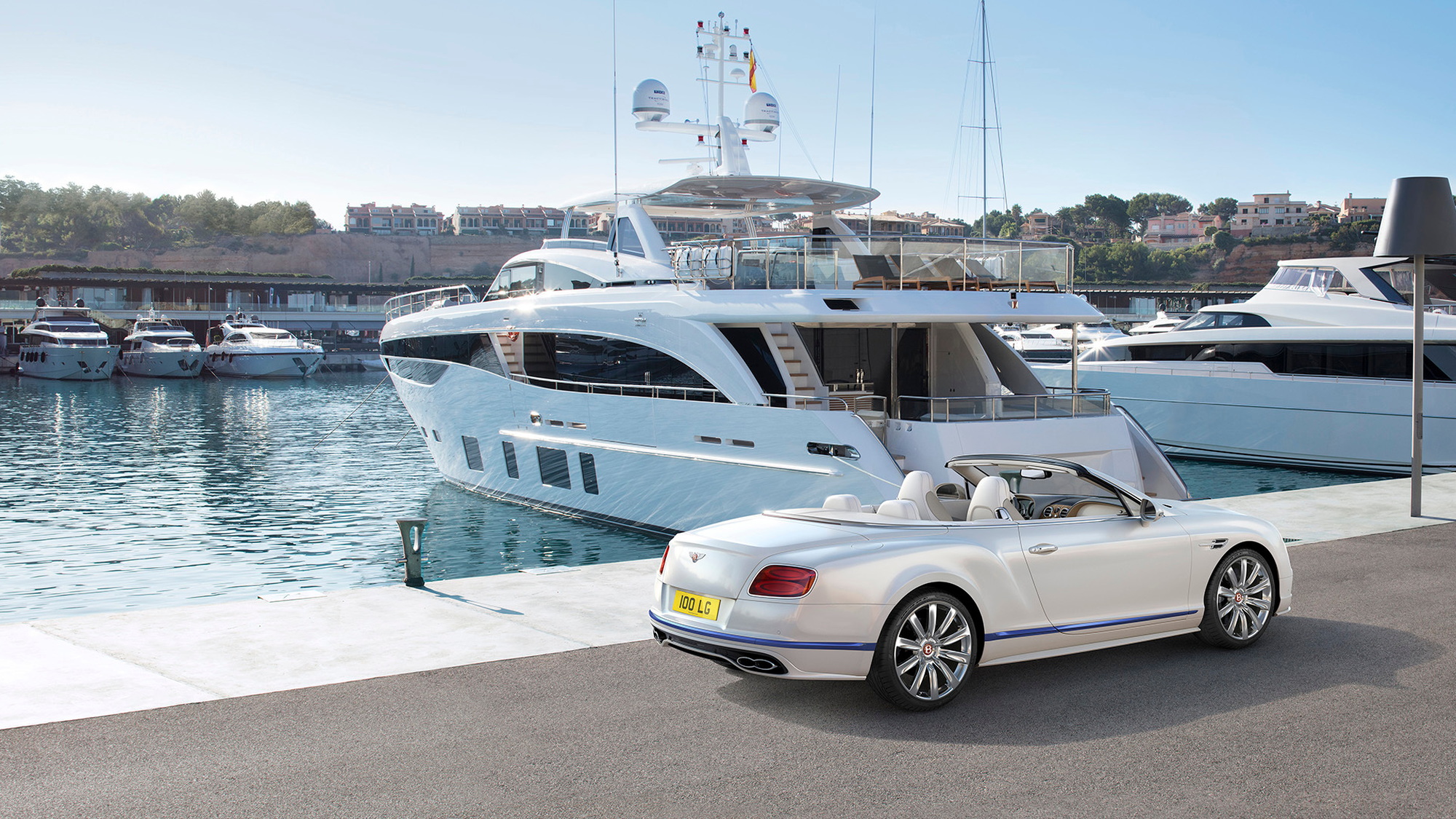 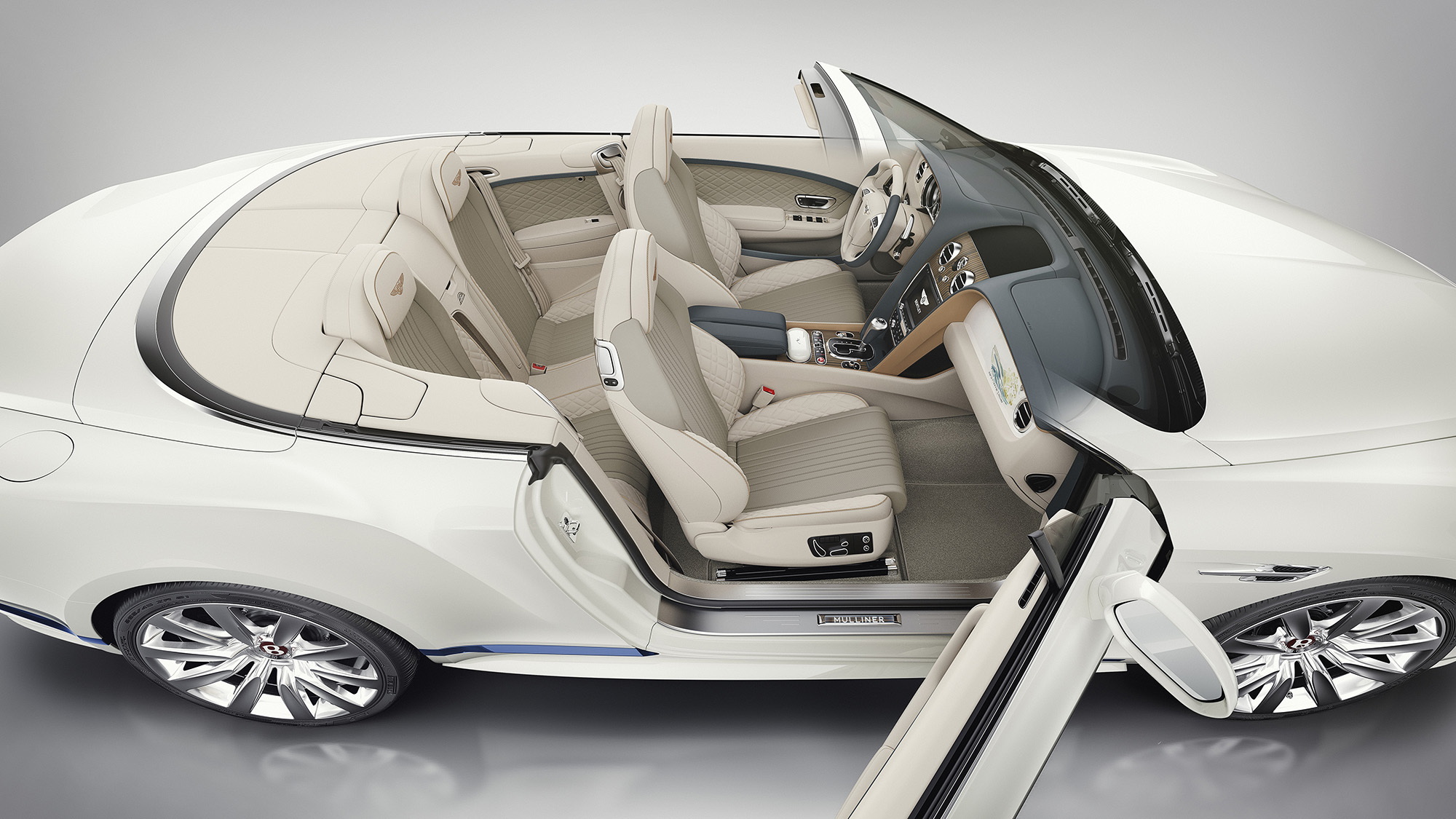 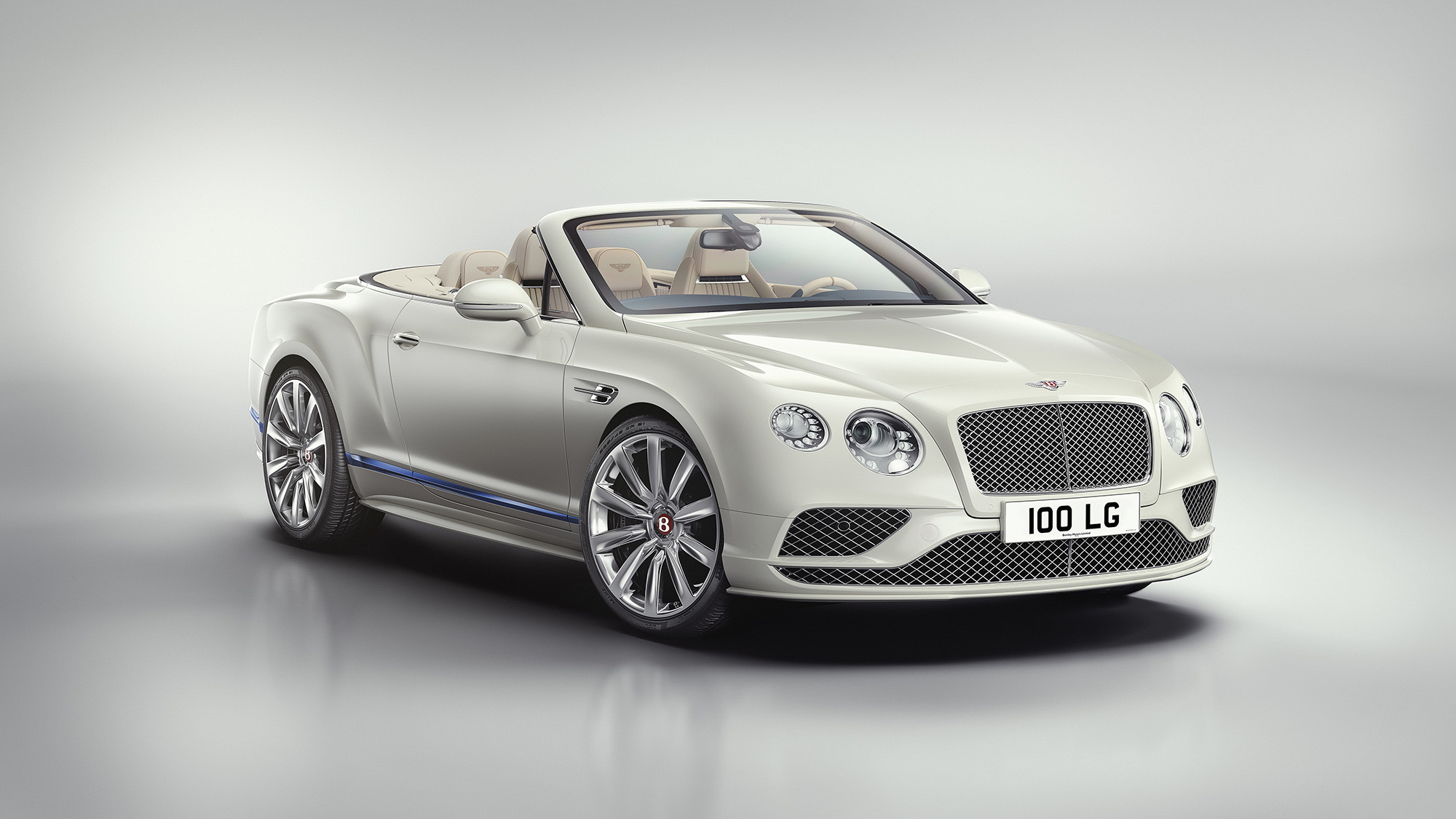 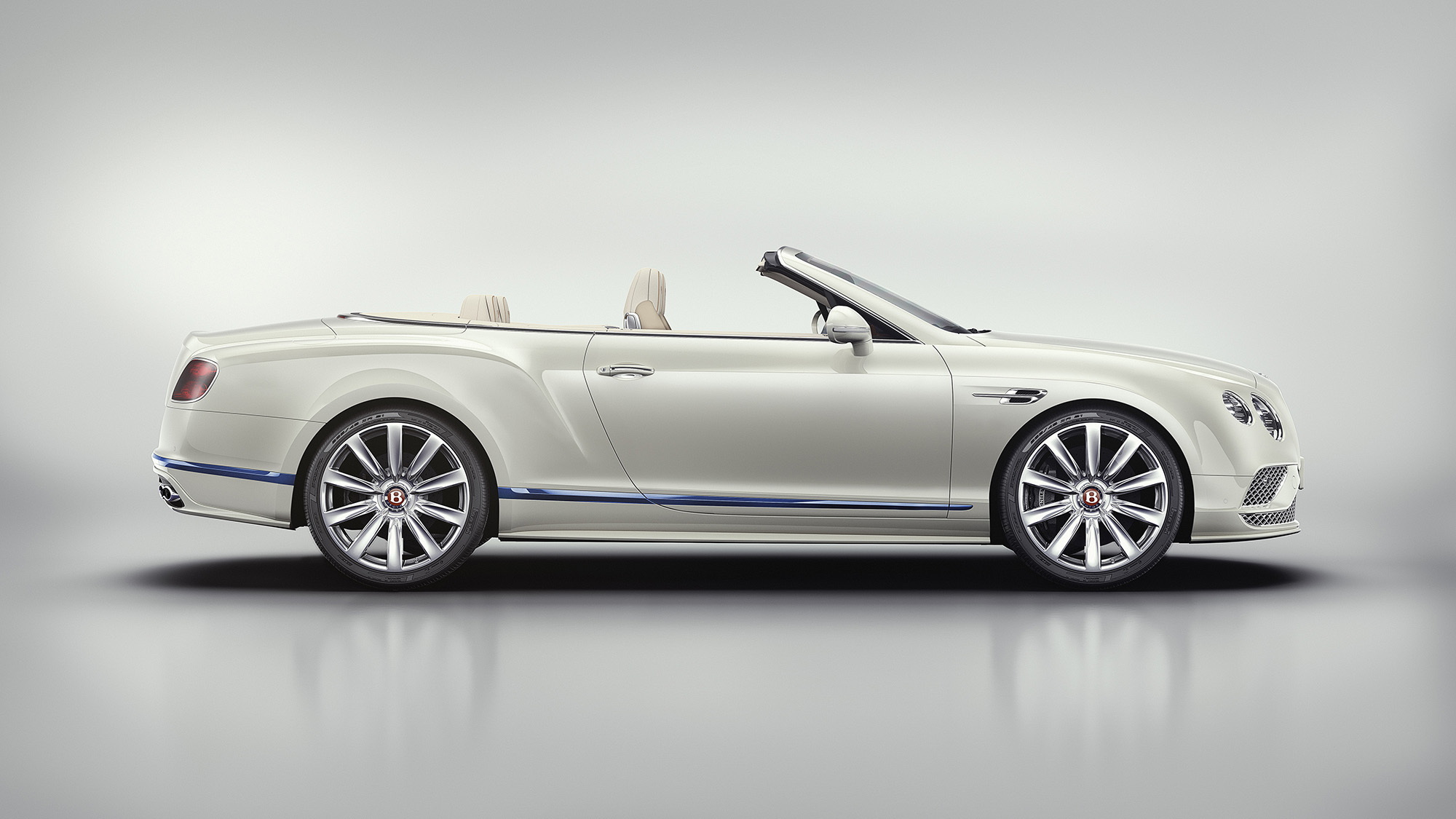 If you're an avid boater, you long for calm seas. You might even go so far as to pray to the goddess Galene, who is the Greek mythological goddess of calm seas. It makes sense then that Bentley would want to name a special edition car after her, when it's a car that is inspired by the world of luxury yachts. This is one of a final handful of special versions of the Bentley Continental GT to be produced before the new version arrives in 2018.

The Bentley Continental GT convertible Galene Edition by Mulliner is, besides a long jumble of words, a luxuriously appointed limited-edition droptop. It's a luxurious version of an already luxurious car, and the Mulliner touches bring it to a new level.

On the outside, you'll notice the ship-like Glacier White paint that's offset by a dash of Sequin Blue trim and a dark blue convertible top. The Sequin Blue is to remind you of crystal clear water, which would be provided by that aforementioned goddess. We assume she's on your payroll if you can afford this Bentley, of which just 30 examples will be produced worldwide. The exterior details end with "propeller"-style 21-inch wheels.

Inside, you'll find a mixture of open-pore pinstripe walnut wood and leather, with the most glorious use of the wood being the deck space in the trunk. The leather for the seats is a combination of Linen and Portland colors with Camel cross-stitching. Linen and Portland are also used on the dash and door panels, where they are joined by a darker color called Brunel. The dash also has Glacier White paint, and it can be adorned with hand-painted illustration of a super yacht next to the Mulliner script by Spanish illustrator Jaume Vilardell.

No. we don't know how much it costs. We just know that you can't afford one.