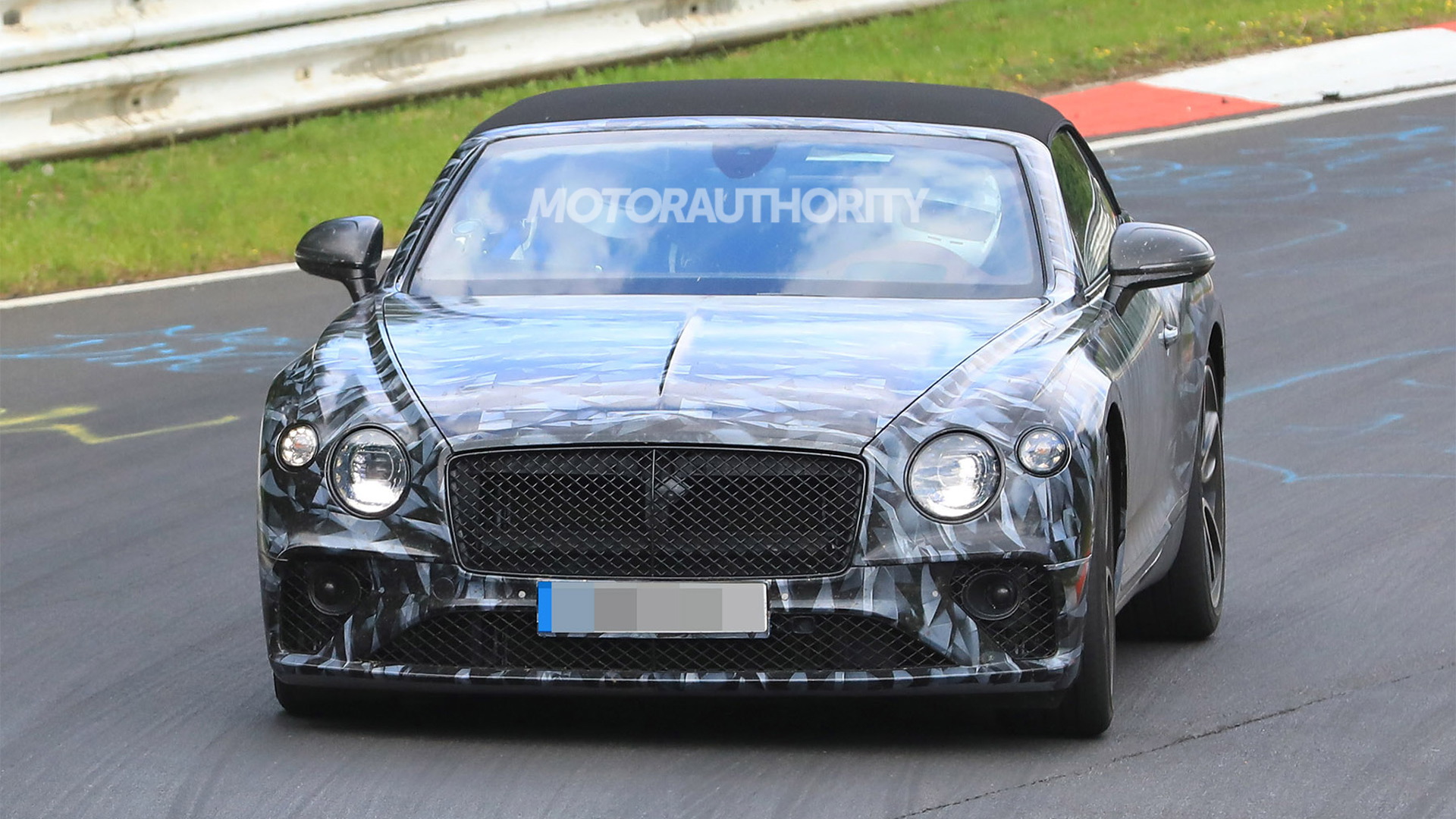 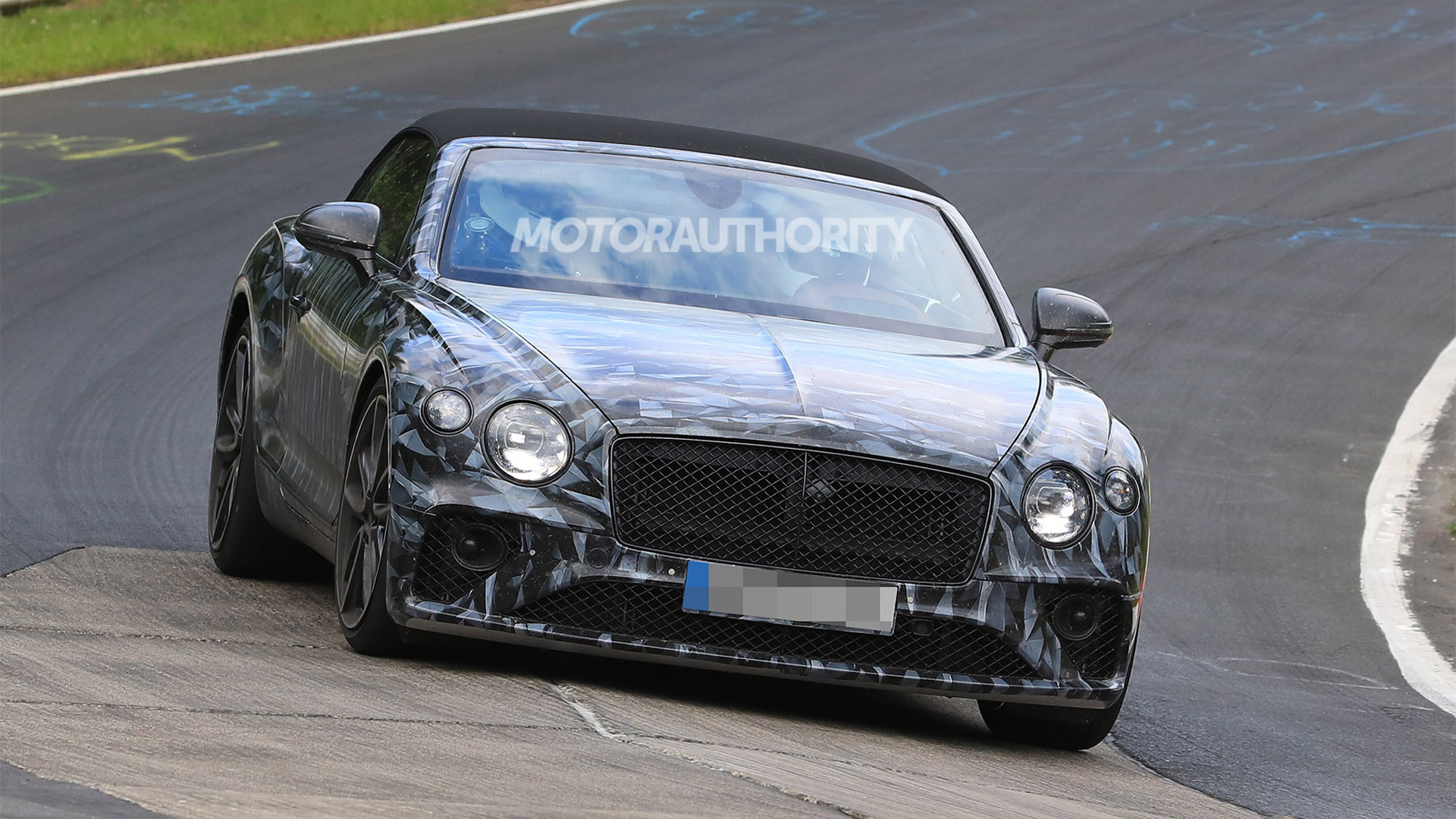 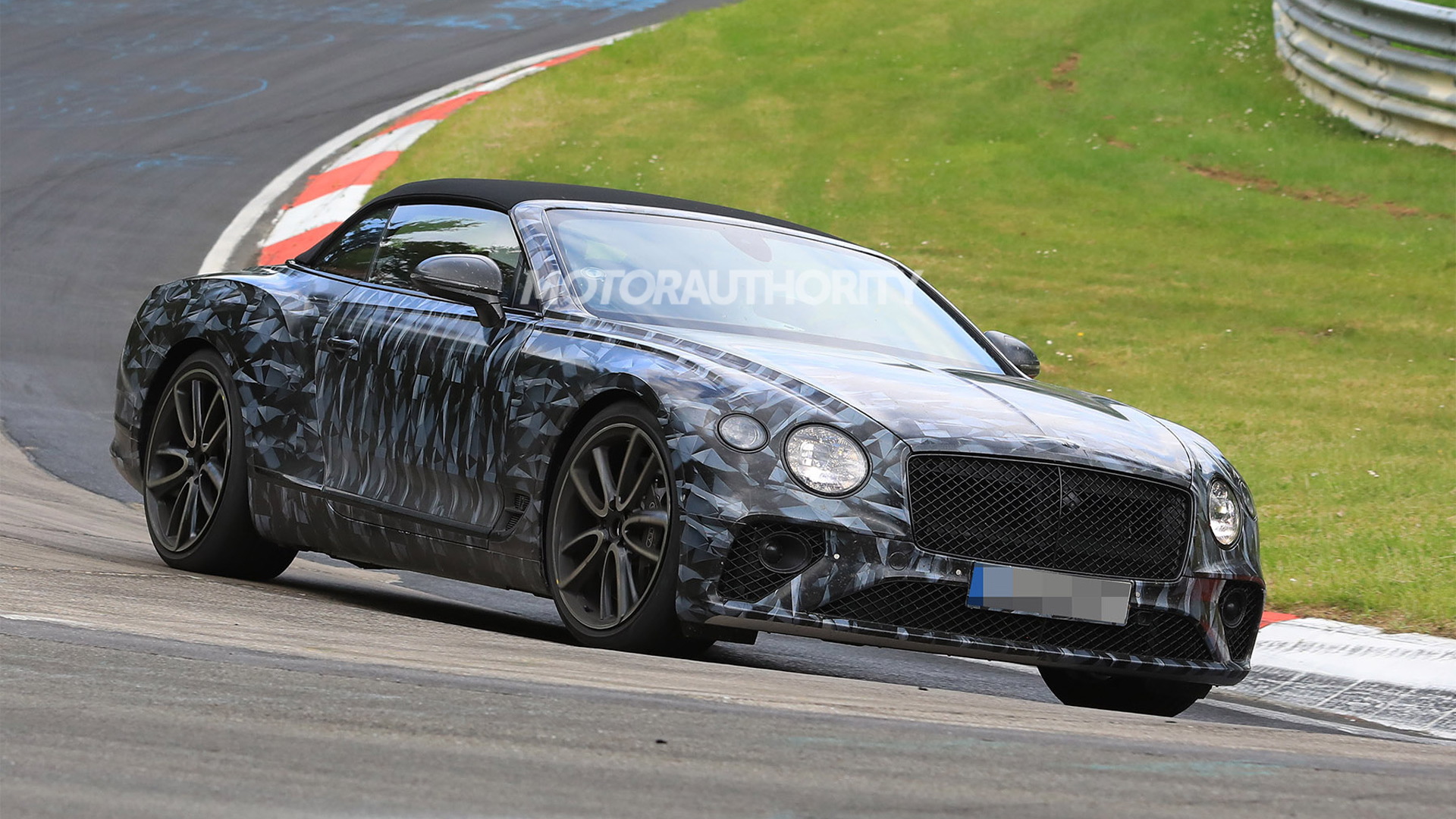 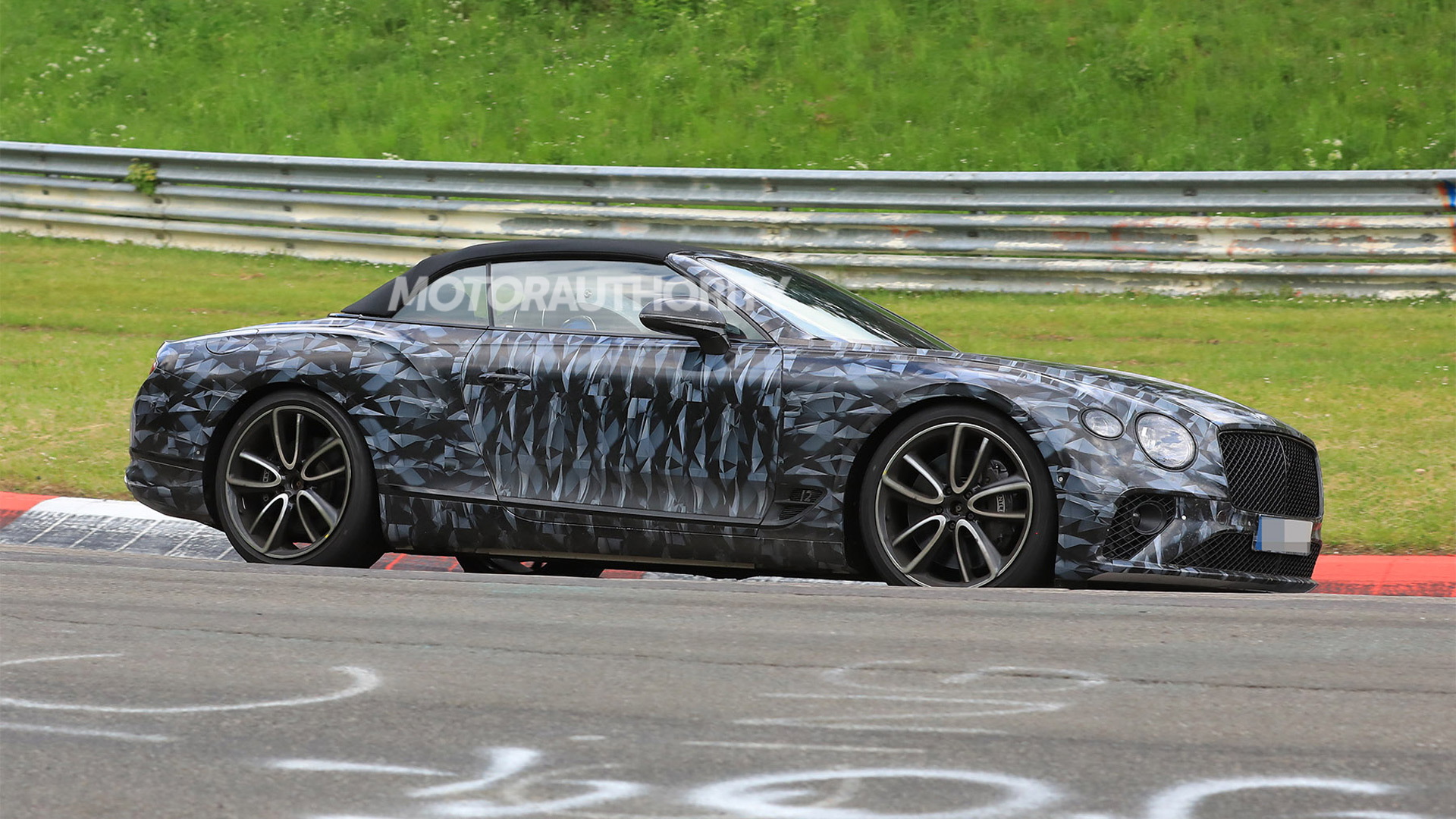 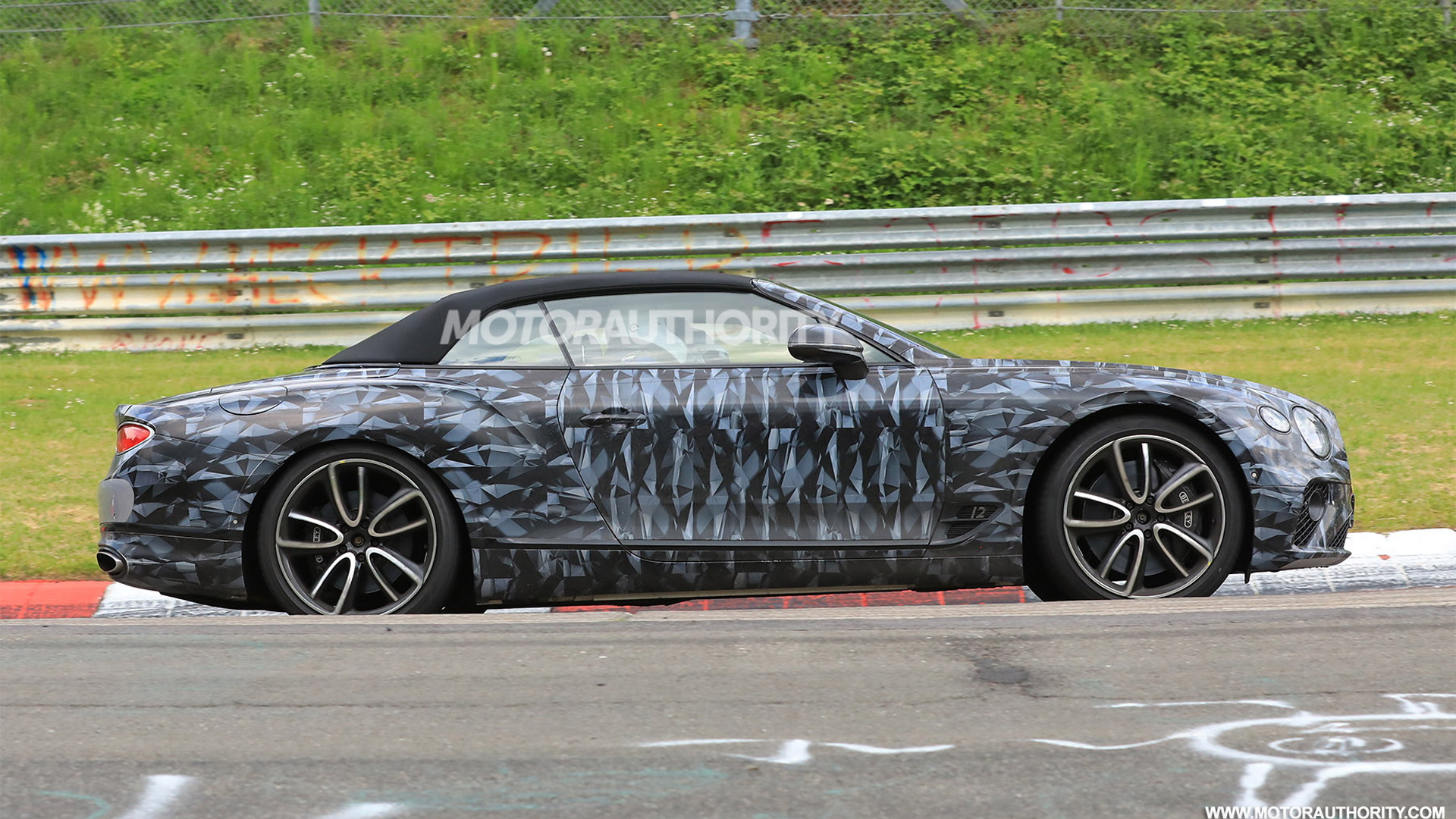 The lack of camouflage gear suggests the reveal is coming up soon. We expect the car to go on sale later this year as a 2019 model.

Coming as no surprise, the design is pretty much the same as the coupe but differs thanks to its convertible top. A Continental GT coupe can be seen in some of the shots, providing a good contrast of the two designs.

Underneath the pretty sheet metal is the Volkswagen Group's modular platform known as MSB, which made its debut in the 2017 Porsche Panamera and is designed for large, performance-oriented vehicles with rear- and all-wheel drive. The platform brings significant weight savings as well as compatibility with alternative powertrains.

In the Continental GT Convertible will sit a 6.0-liter twin-turbocharged W-12. It will deliver 626 horsepower and 664 pound-feet of torque and offer cylinder deactivation as well as start-stop and coasting capabilities to help save fuel. It will be paired up with an 8-speed dual-clutch transmission and all-wheel-drive system.

A 4.0-liter twin-turbo V-8 and even a plug-in hybrid option will be introduced to the Continental GT range at a later date. A GT Speed model is also planned and should deliver significantly more than the outgoing model’s 633 hp.

Inside the Continental GT Convertible should be swathes of leather and wood, just like in the coupe. A highlight of the new cabin design is the integration of a 12.3-inch infotainment screen as part of a rotating three-sided display that switches between the touchscreen, three analog gauges, and a book-matched piece of wood veneer.

Look for a debut of the handsome drop-top in the coming months.