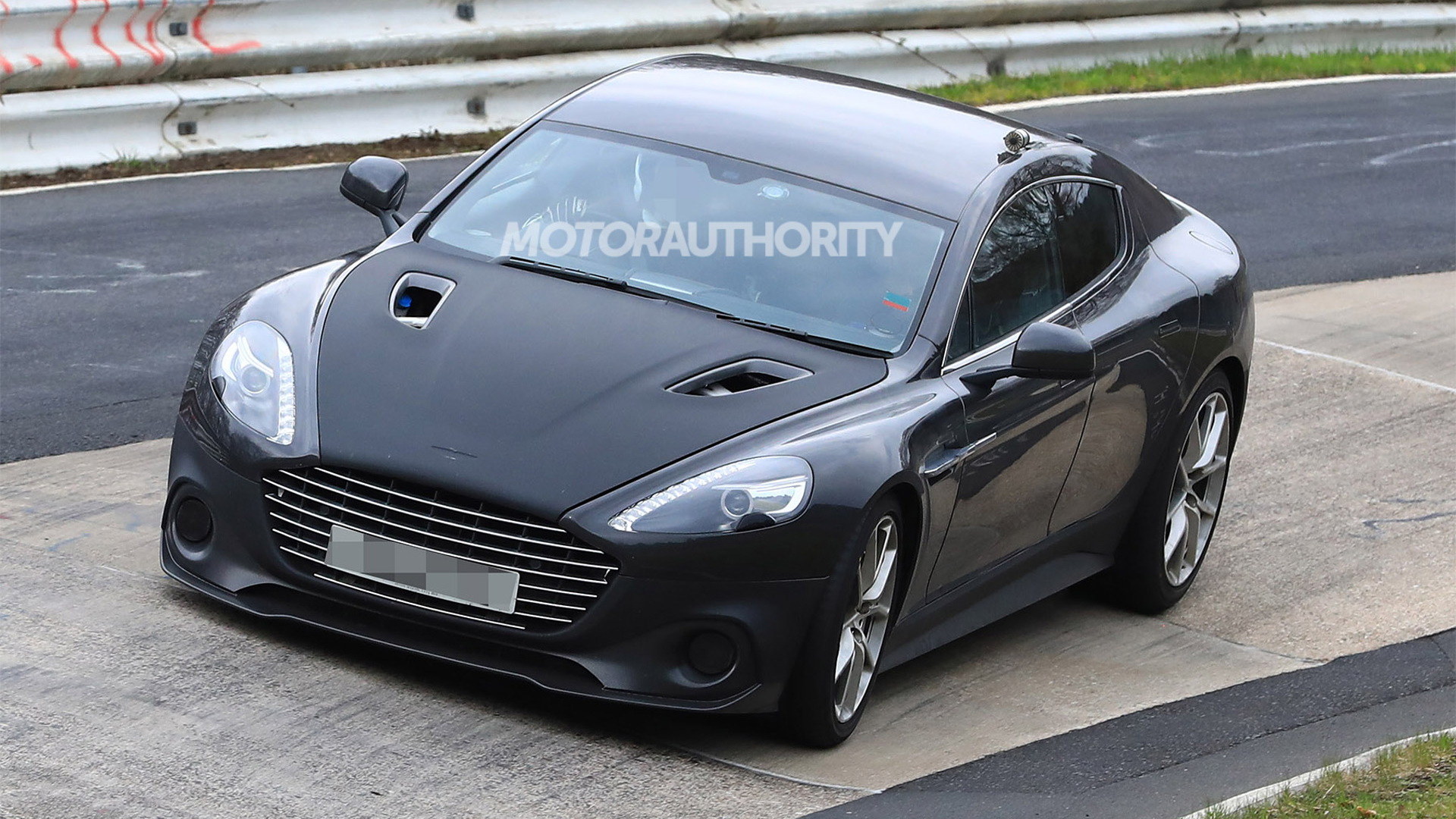 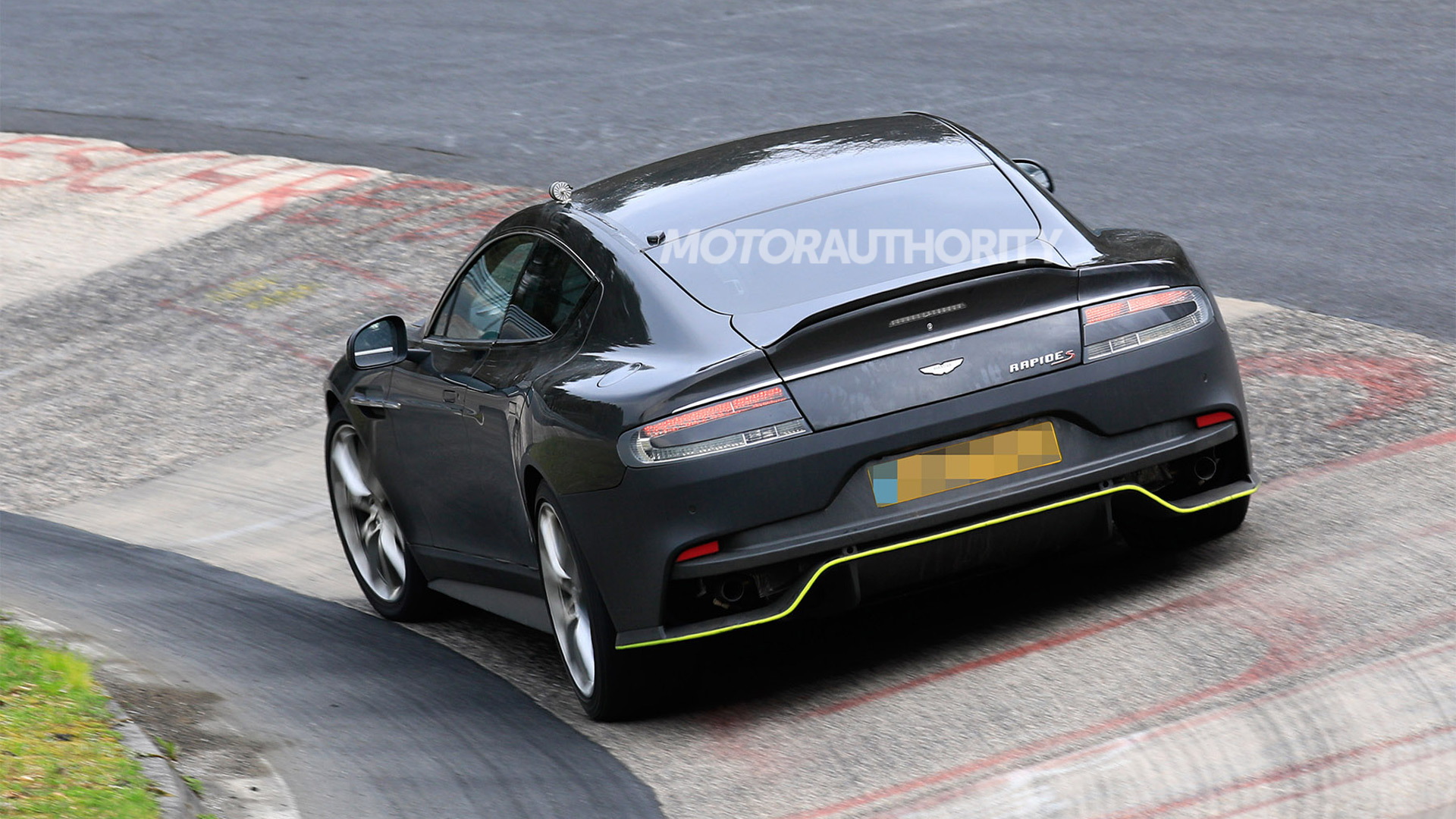 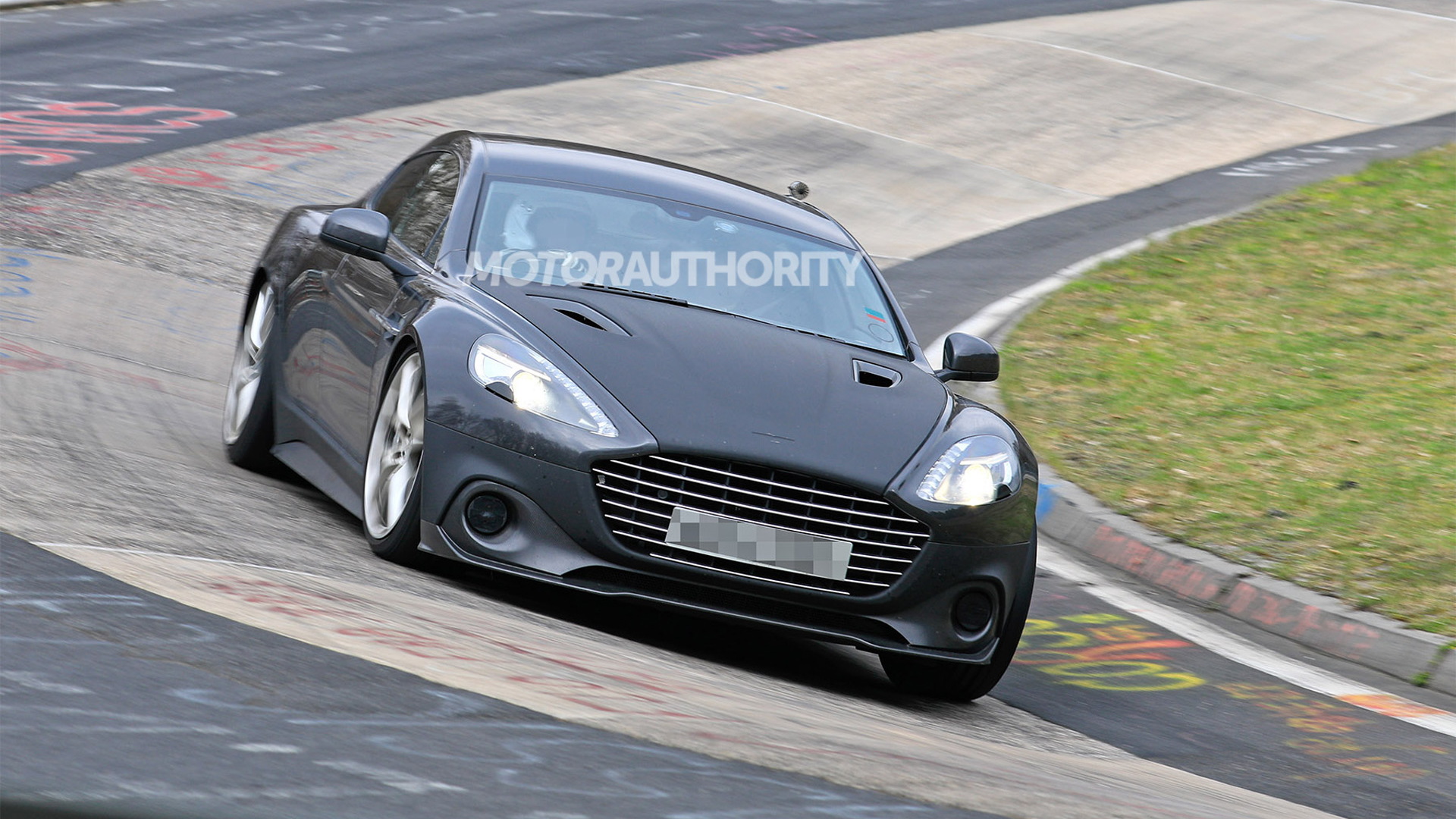 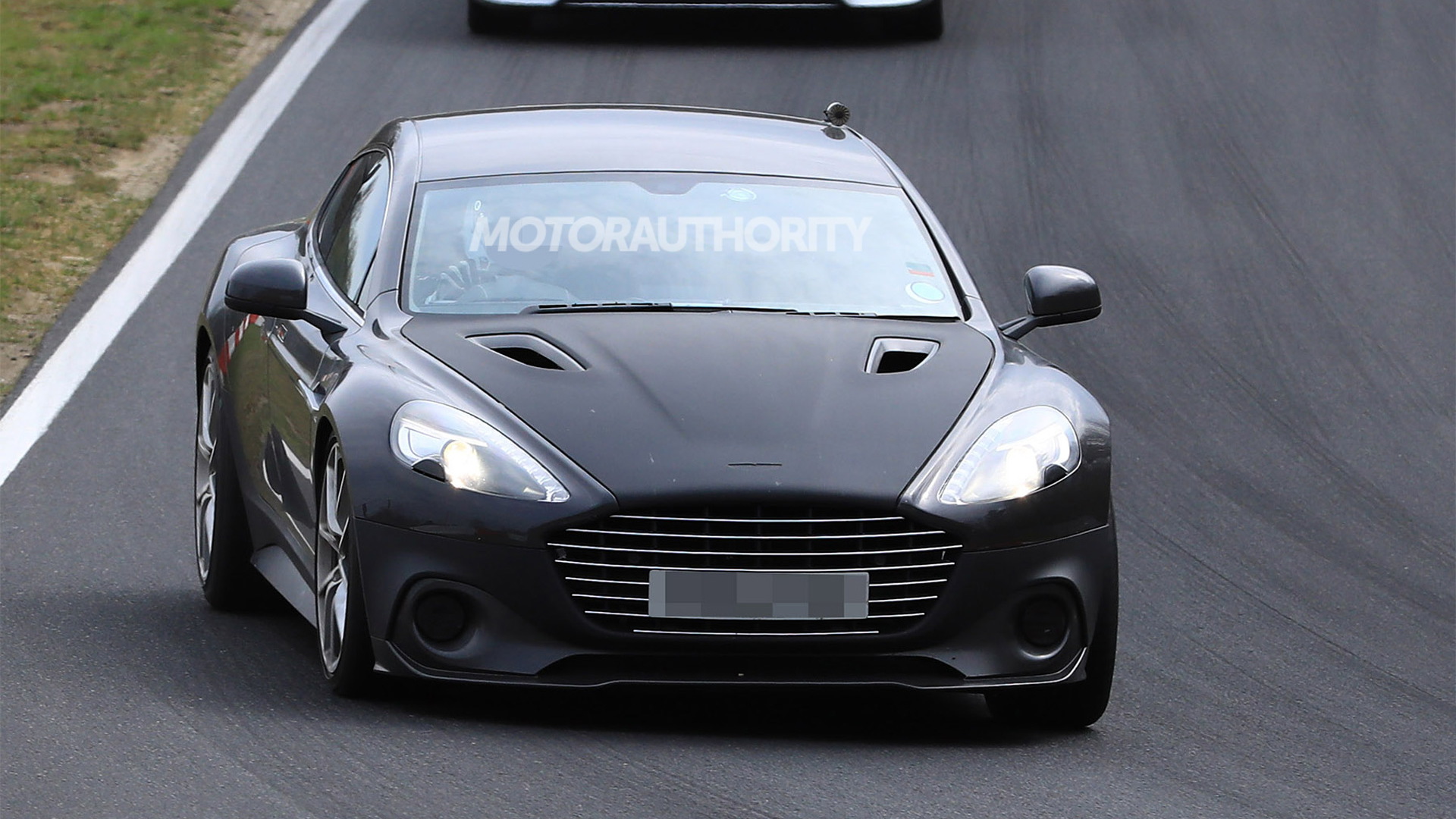 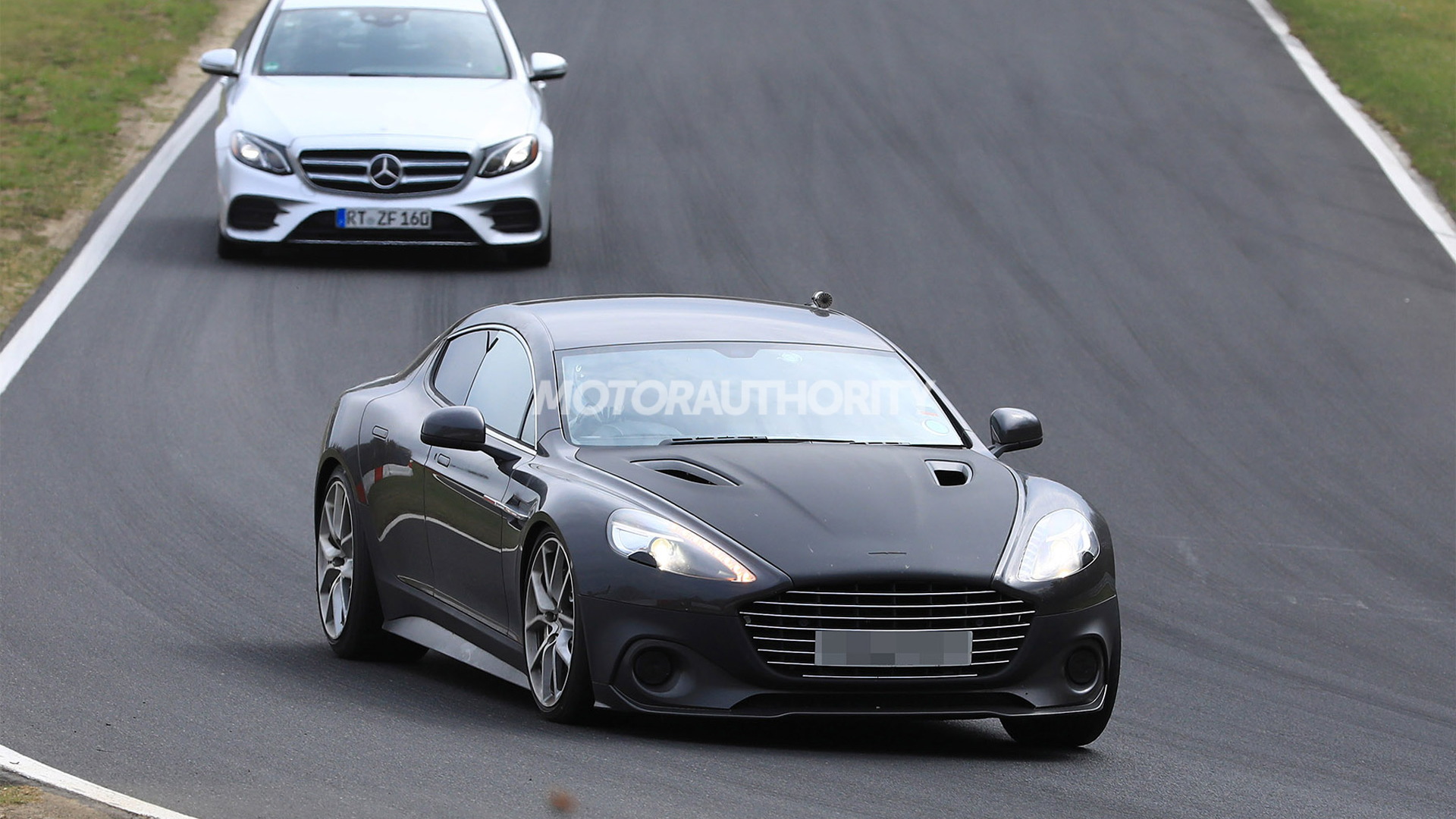 It's hard to believe it's been almost a decade since the Aston Martin Rapide went on sale, as even to this day the sexy fastback sedan remains one of the best looking four-door cars on the market.

The Rapide is on its way out, however, and there aren't any plans for a direct successor since Aston Martin is handing responsibility for sedans over to its revived Lagonda sub-brand.

To ensure the Rapide is sent off in style, the British firm has a couple of things in store for fans. One will be an electric version of the car due next year and the other will be a high-performance version wearing an AMR badge. A prototype for the latter was spotted testing recently at the Nürburgring and on some of the German race track's surrounding roads.

AMR, whose initials reference the Aston Martin Racing motorsport division, is the new performance sub-brand of Aston Martin, a bit like what Black Series is to Mercedes-AMG. The cars come in standard AMR guise and track-focused AMR Pro, with the latter most recently being applied to the Valkyrie hypercar.

This Rapide AMR was previewed in concept form last year. The car will feature a 592-horsepower version of Aston Martin's 5.9-liter V-12, making it one of the last models to use the naturally aspirated mill that comes from Ford. The engine will be paired to an 8-speed automatic and spin the rear wheels only. Look for 0-60 mph acceleration in well under 5.0 seconds and a top speed of 210 mph.

There will be upgrades to the chassis as well. There's no missing the huge brake discs and calipers, housed with 21-inch wheels. The suspension is also likely to be tauter than what you get on the standard Rapide.

Another change will be the addition of carbon fiber elements including new aero parts. The front fascia with its lip spoiler and circular intakes is clearly different to other Rapides, and there are also chunky side skits and a rear diffuser. The exhaust tips shown are temporary units. These should be replaced by dual-tip designs on the final version.

The interior will get a makeover too. Look for better bolstered seats up front and plenty of Alcantara and carbon fiber trim. AMR badging should also feature throughout.

Deliveries of the Rapide AMR are expected to commence later this year. Just 210 examples will be built, the number reflecting the top speed, and sadly none are expected to make it to the United States.