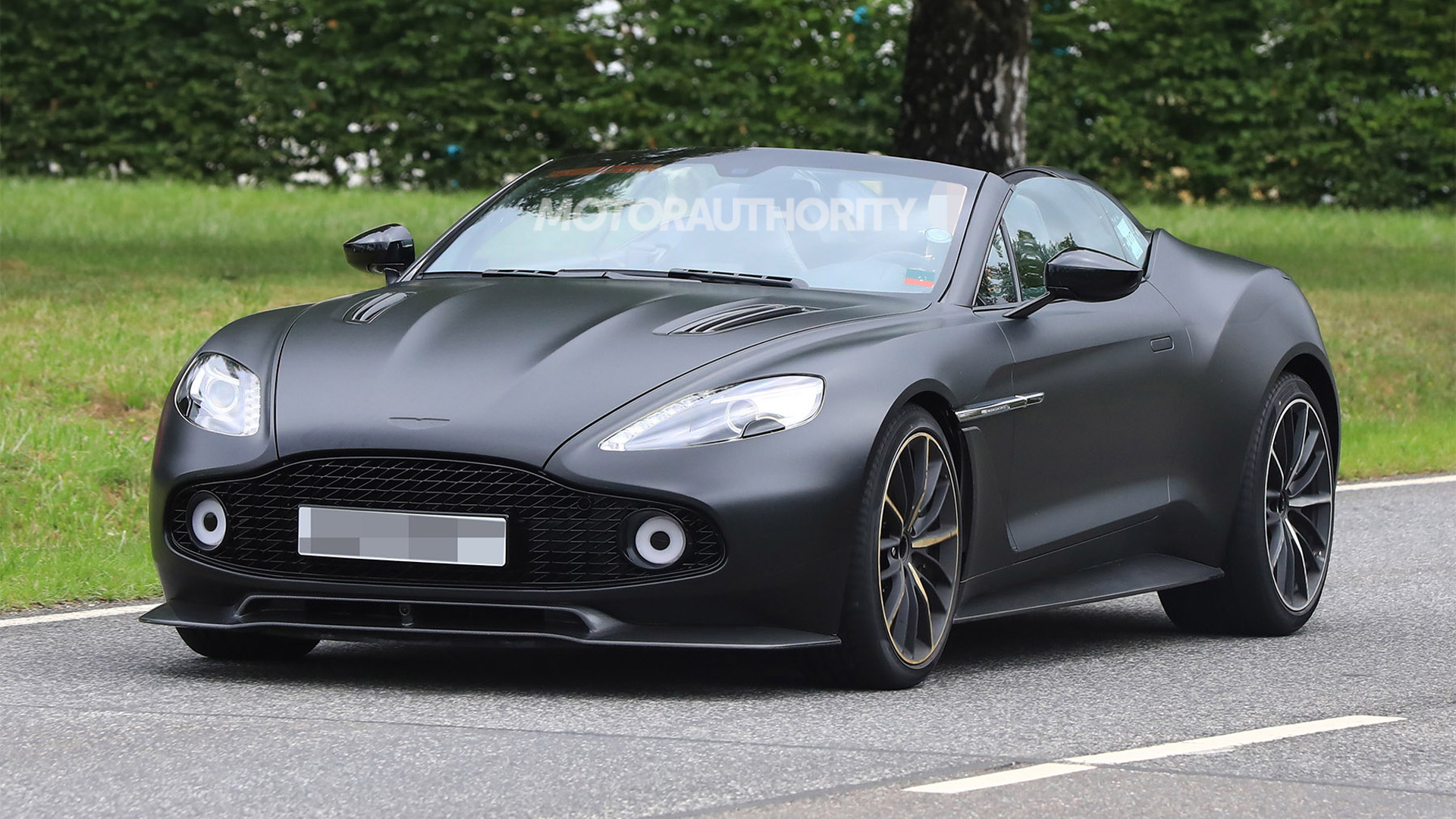 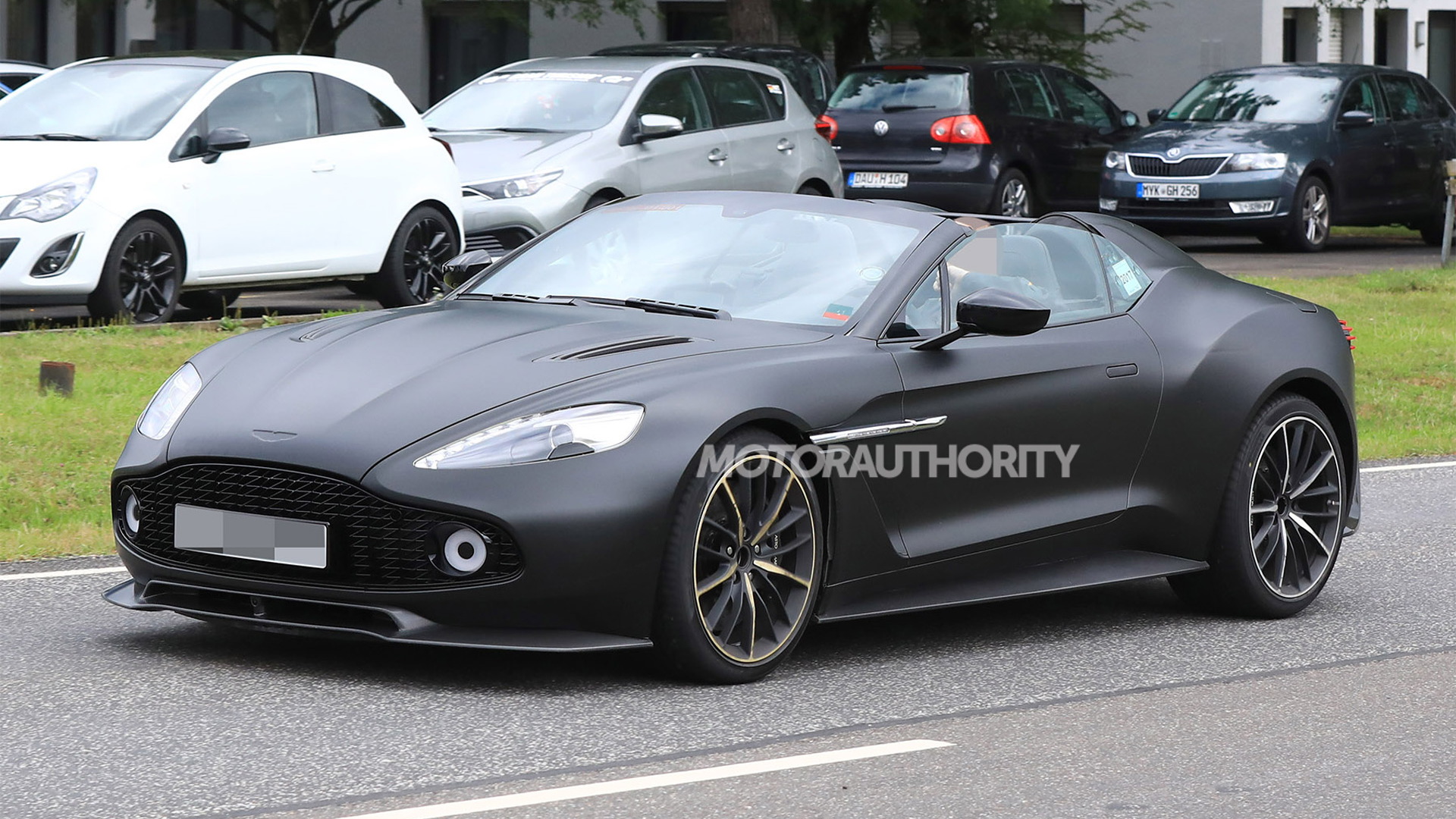 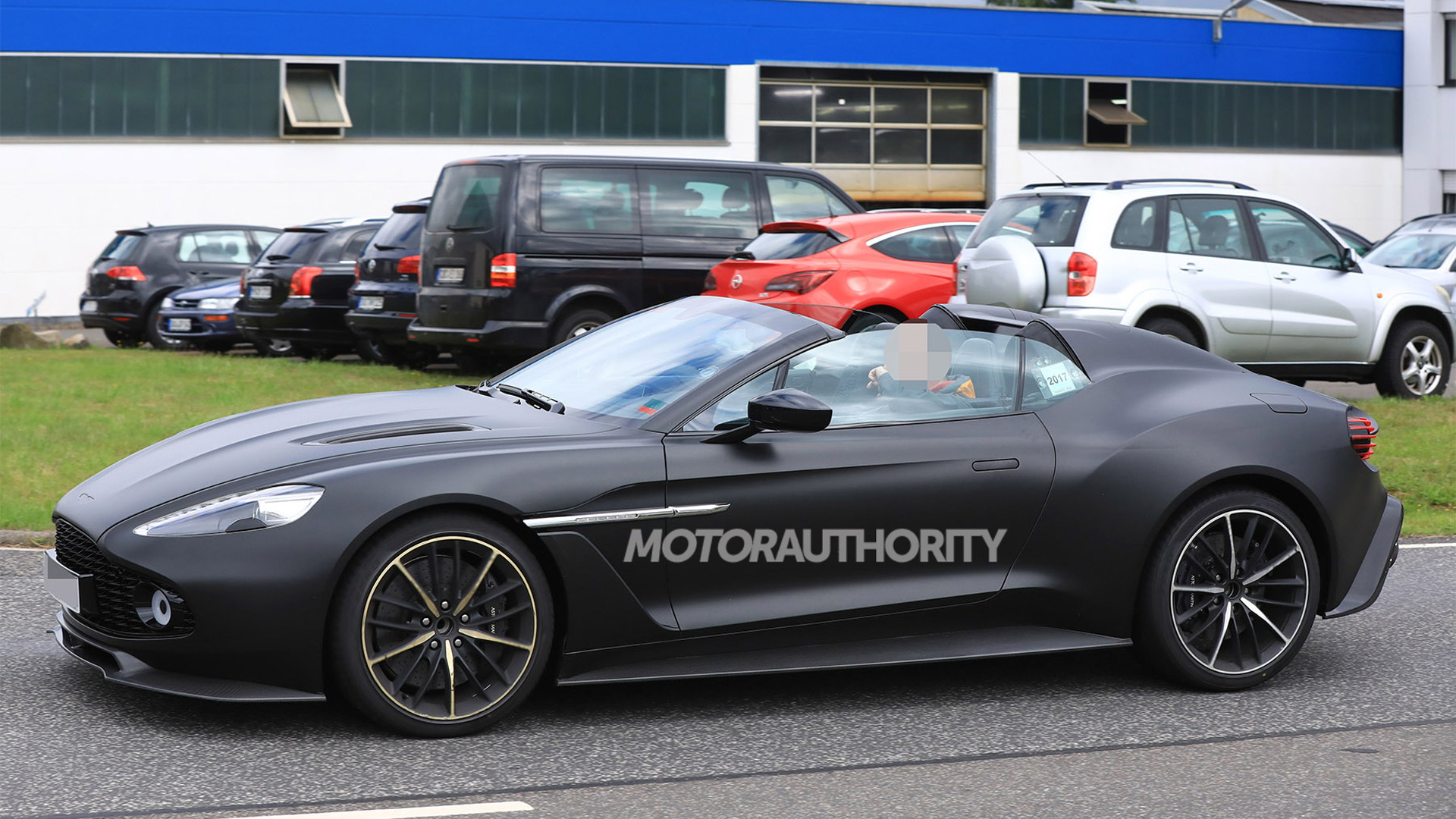 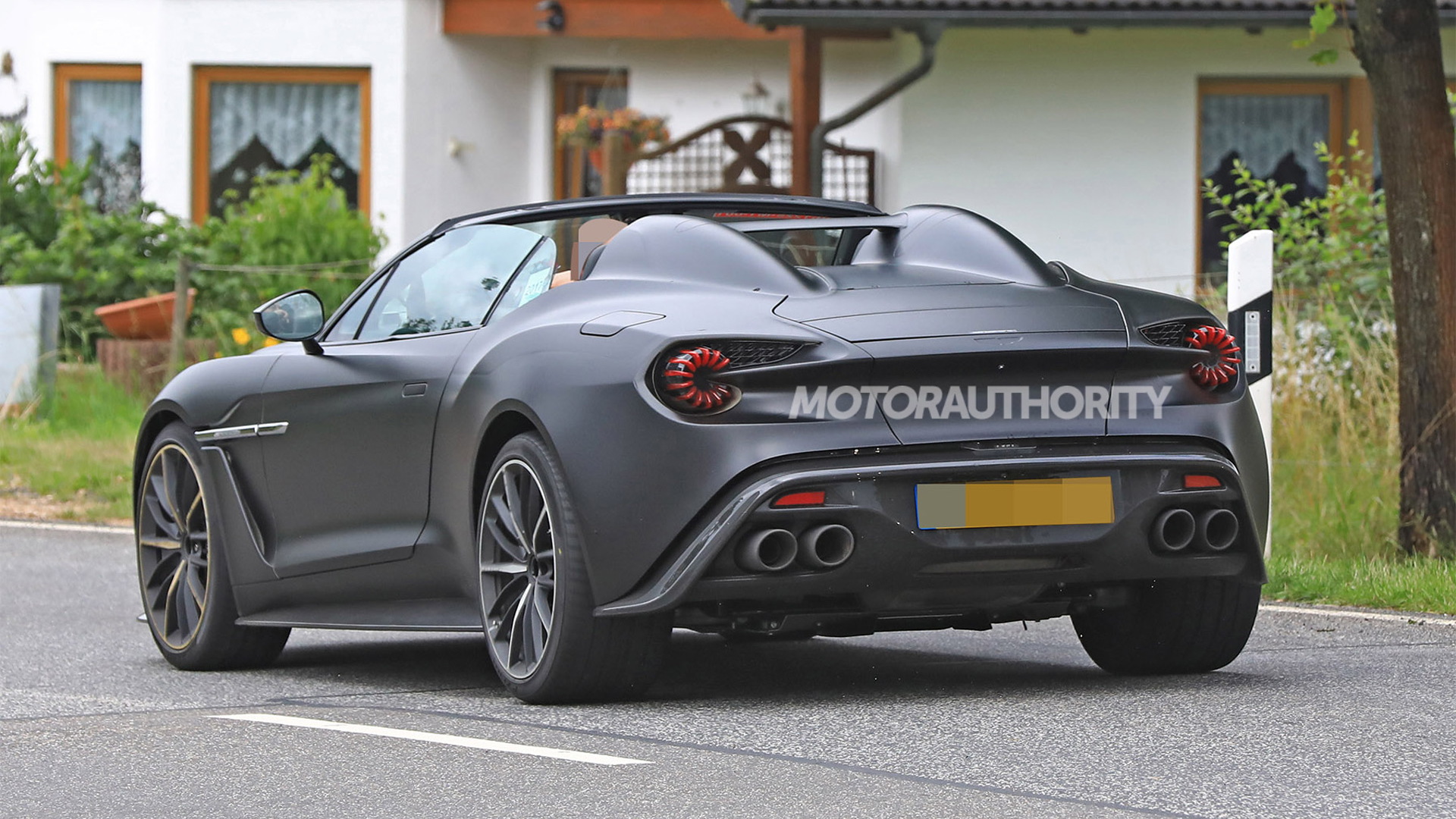 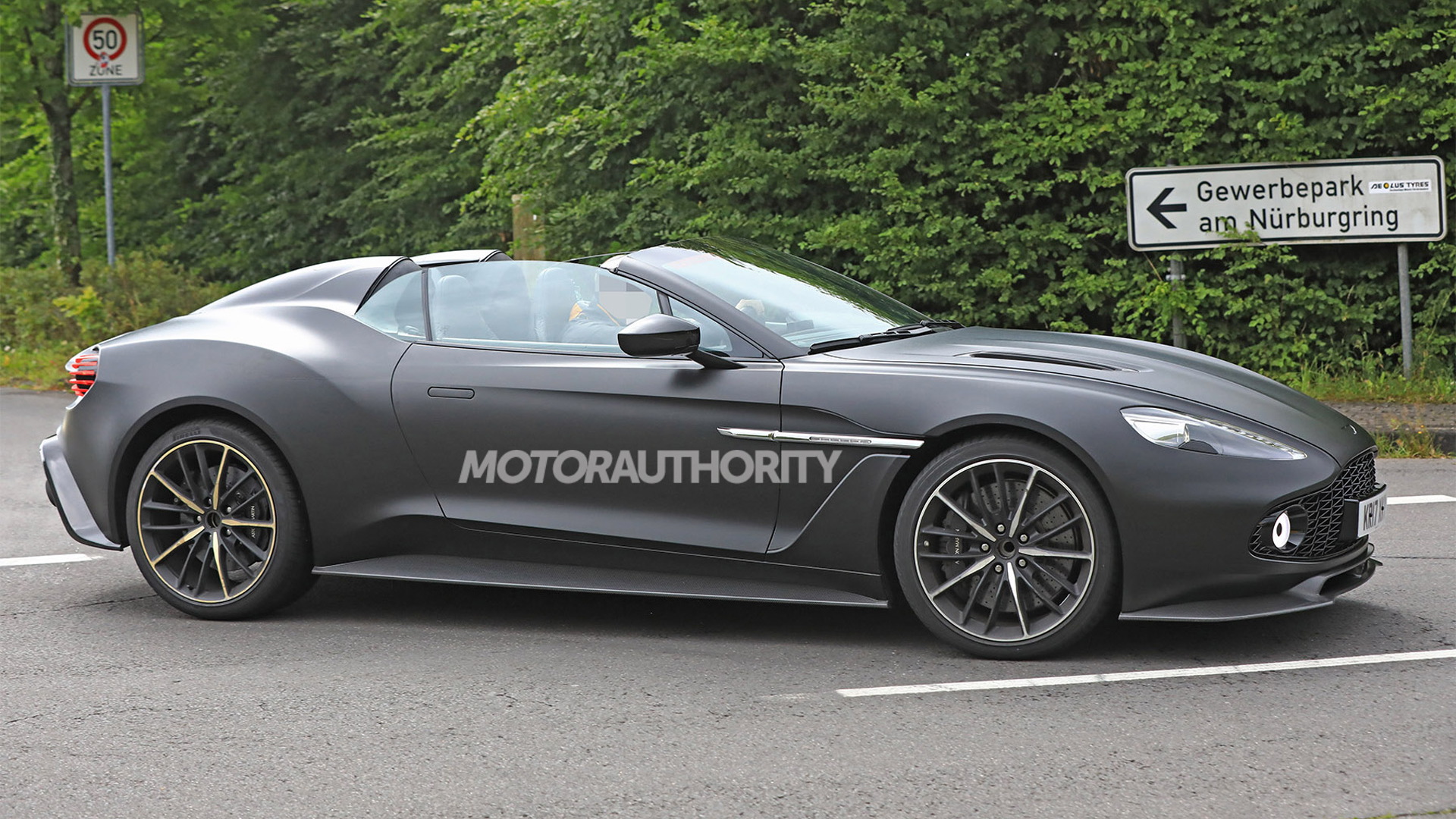 Both cars are expected to be revealed during the 2017 Monterey Car Week in mid-August.

Aston Martin has already previewed the convertible and today we have new photos of the speedster courtesy of a prototype spotted at the Nürburgring and on some of the German race track's surrounding roads.

We know this is the Vanquish Zagato Speedster because of the massive buttresses behind the cabin. There’s also the fact that the test driver at one point was cruising around without a roof despite torrential rain.

In contrast, the Vanquish Zagato Volante will feature the automated soft-top roof found on the regular Vanquish Volante.

All three feature special design touches penned by Italian design house Zagato, with the standout feature being the “bladed'” LED taillights. The cars also receive a 592-horsepower version of Aston Martin’s outgoing 5.9-liter V-12. That’s 24 more horses than the regular Vanquish, or enough for 0-60 mph acceleration in around 3.5 seconds.