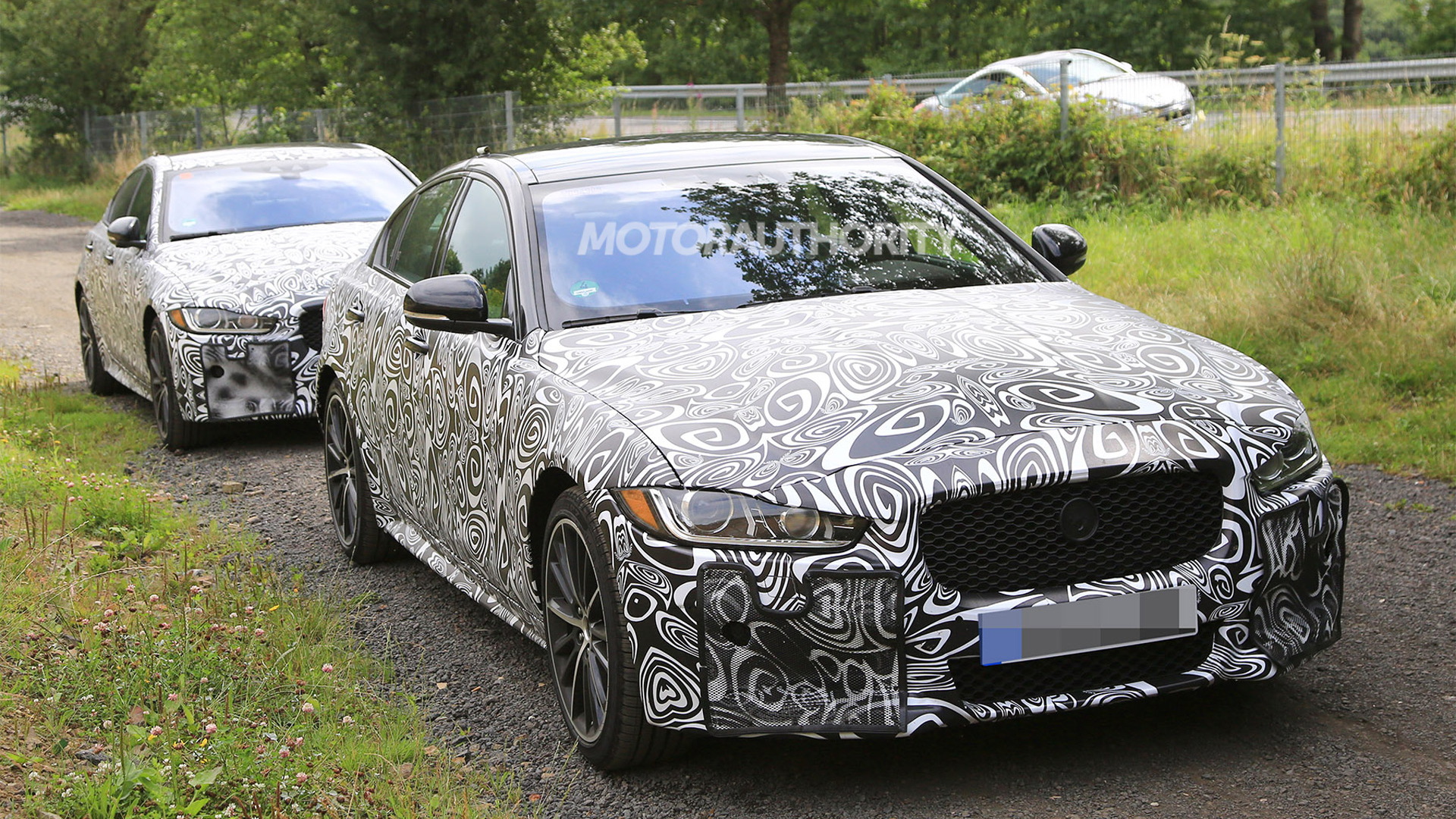 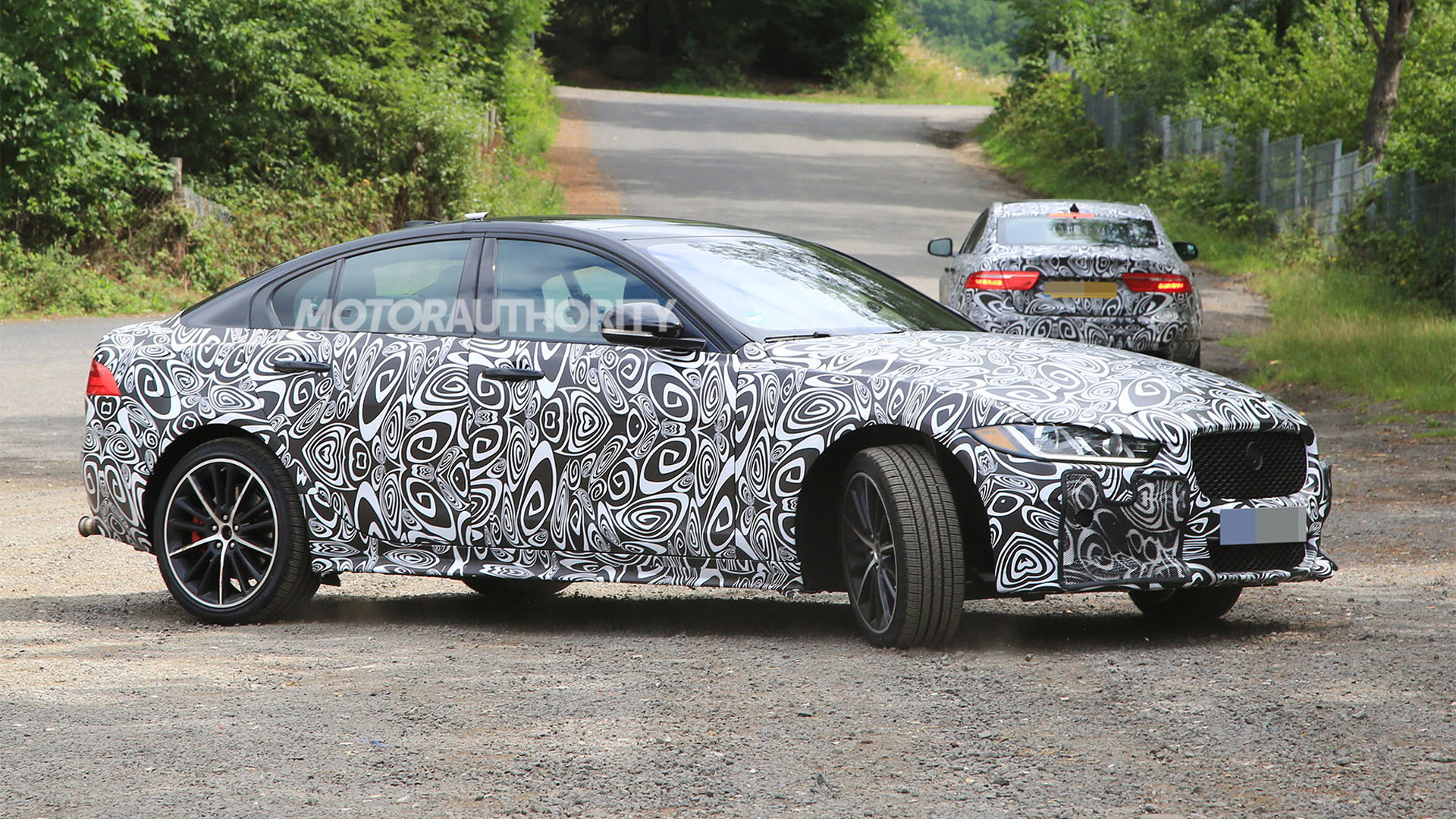 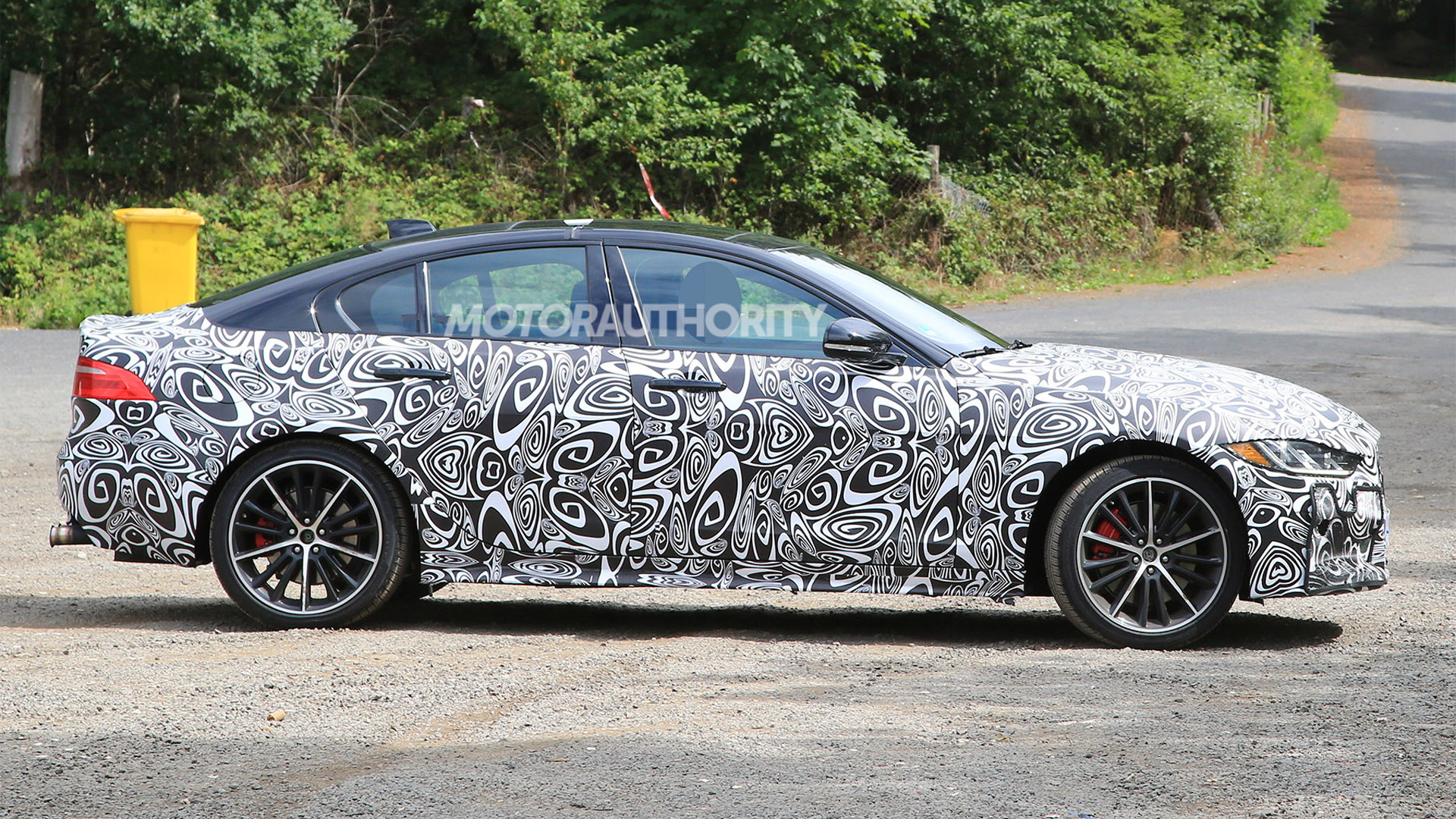 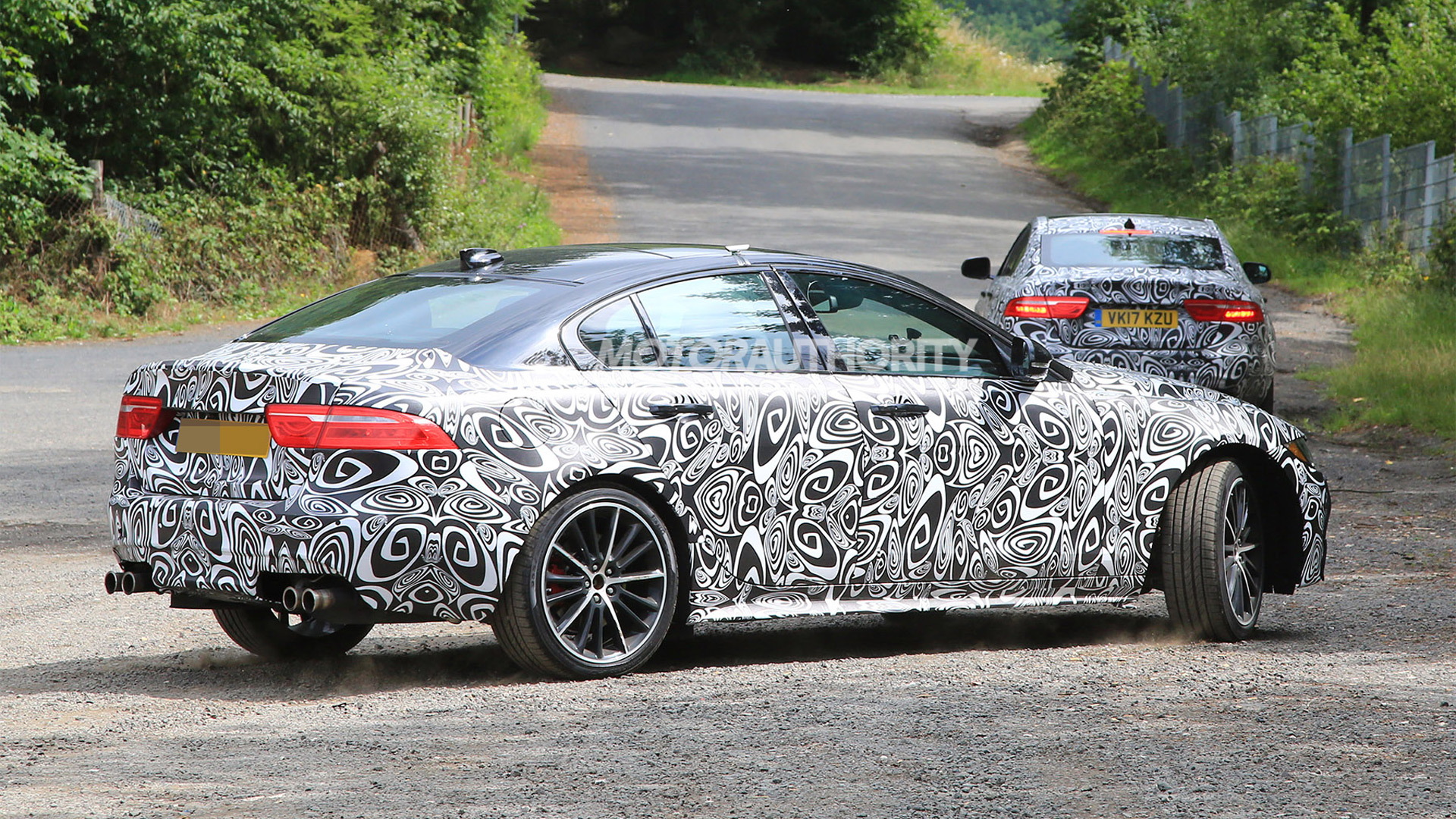 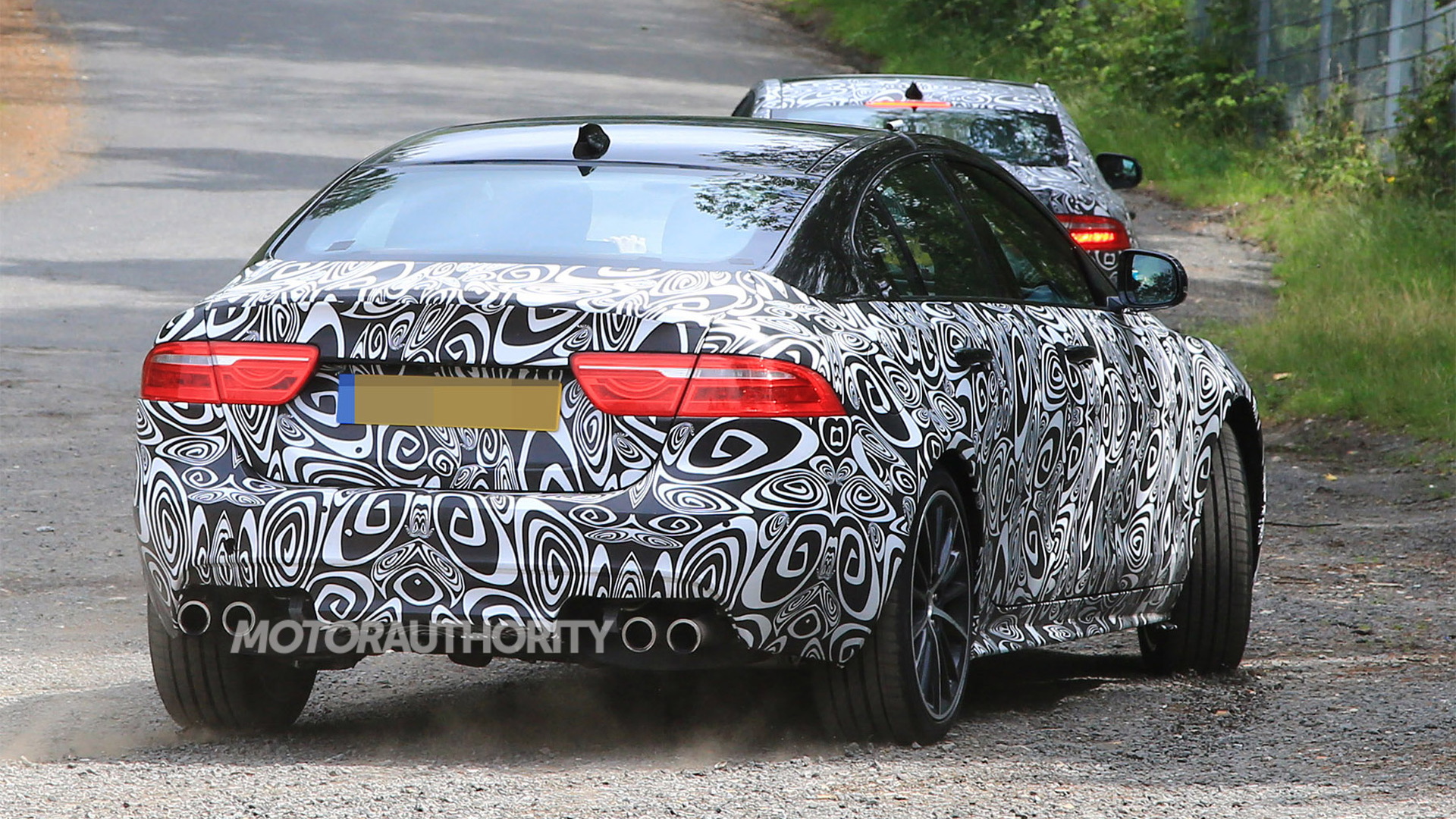 Jaguar only last month unveiled its XE SV Project 8, a 592-horsepower, left-hand-drive-only super sedan that will be built in a limited run of 300 cars and priced in the six figures.

It means that the XE SV Project 8, like the F-Type Project 7 that came before it, will be pretty much unobtanium for most.

The good news is that Jaguar isn’t letting the car’s impressive engineering go to waste, with our latest spy shots confirming that the automaker is working on a tamer version.

The shots show prototypes for what’s likely to be an XE SVR. The testers miss out on the ultra-wide fenders of the XE SV Project 8 but do feature some similarities such as enlarged intakes in the front bumper, Brembo brakes, quad-exhaust tips, and sport seats. According to our photographer, the cars were also packing V-8 heat.

While we’re not expecting 592 hp, around 510 hp—from Jaguar Land Rover’s ubiquitous 5.0-liter supercharged V-8—is a strong possibility.  That’s higher than what potential rivals are offering. For example, the BMW M3 comes with 425 hp, the Cadillac ATS-V with 464 hp and the Mercedes-AMG C63 S with 503 hp.

Power won’t be the car’s only hallmark, however. The XE SVR is also expected to receive an uprated chassis, numerous weight-saving mods and faster shifts from the XE’s 8-speed automatic transmission. As indicated by the spy shots, there were also be upgrades to the wheels, tires and brakes.

Look for a reveal of the new performance-oriented XE sometime next year.