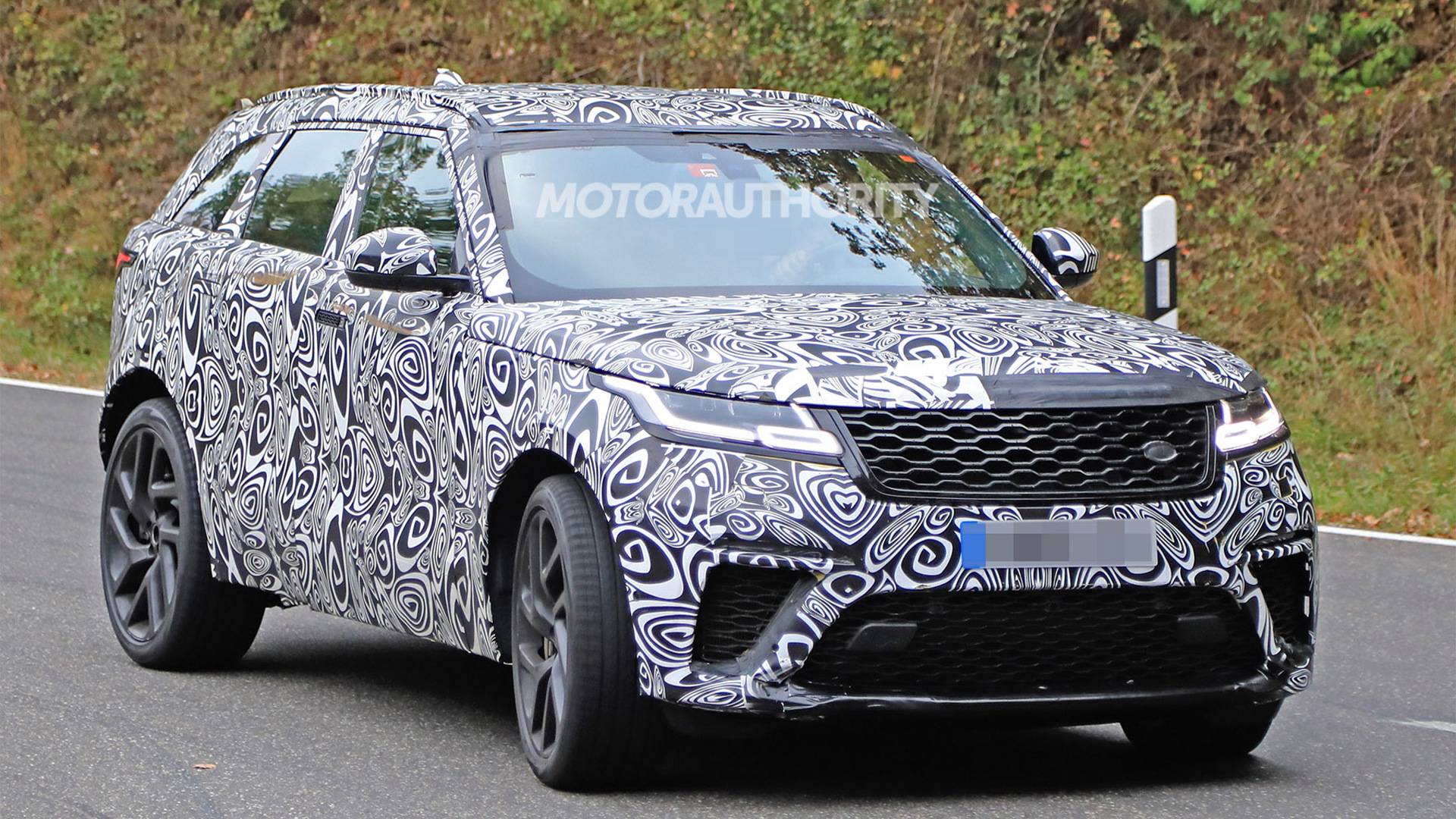 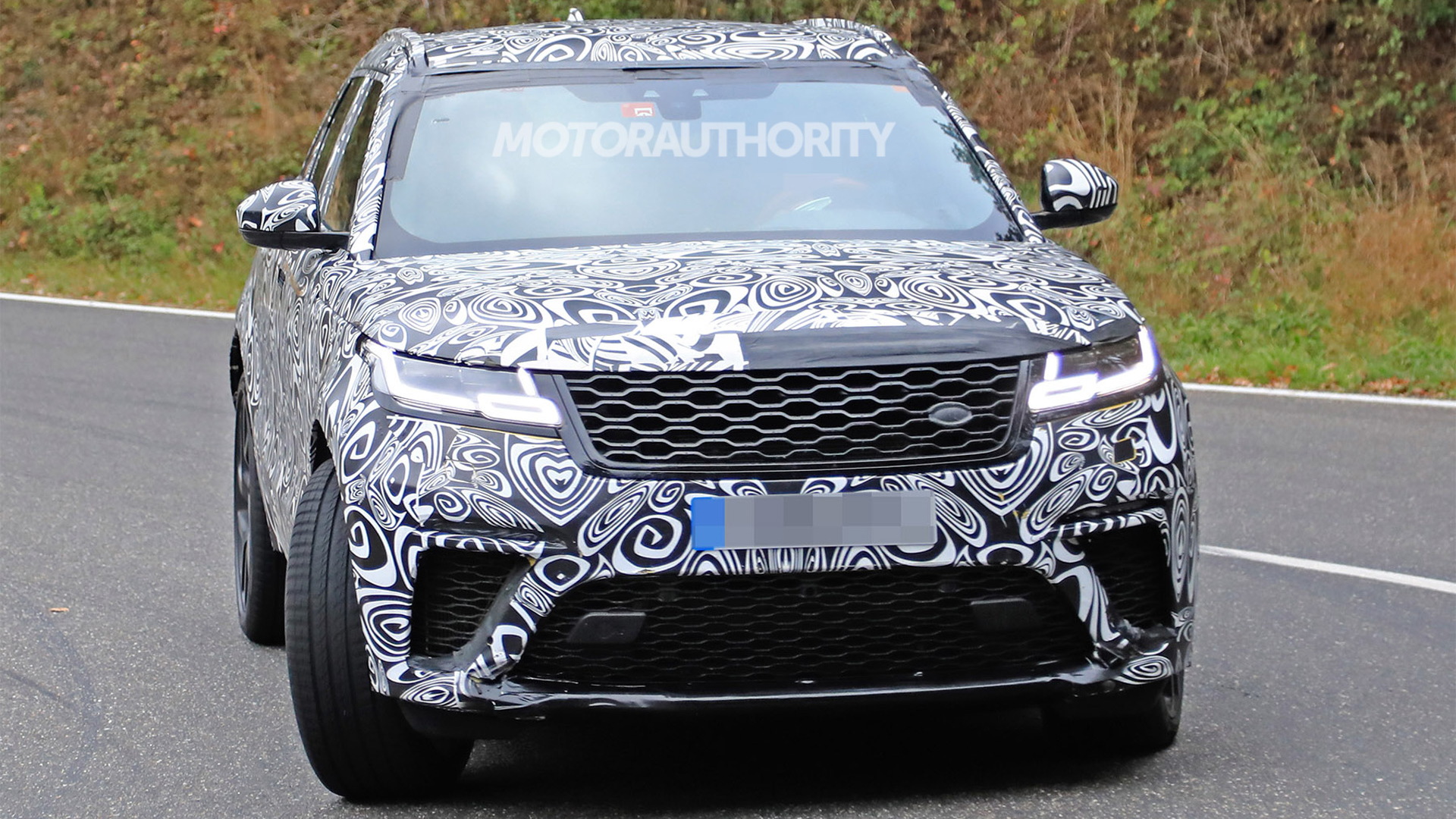 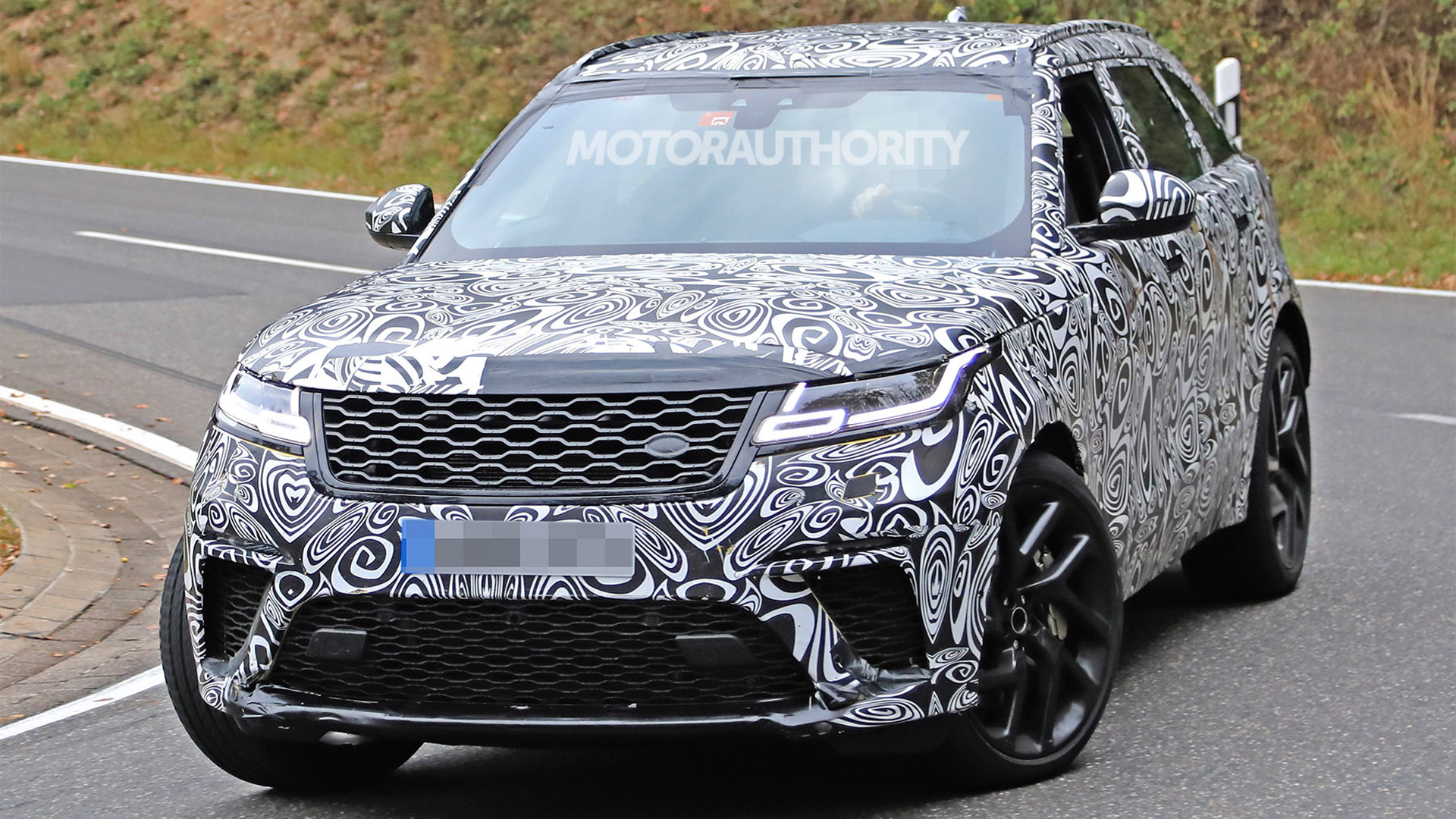 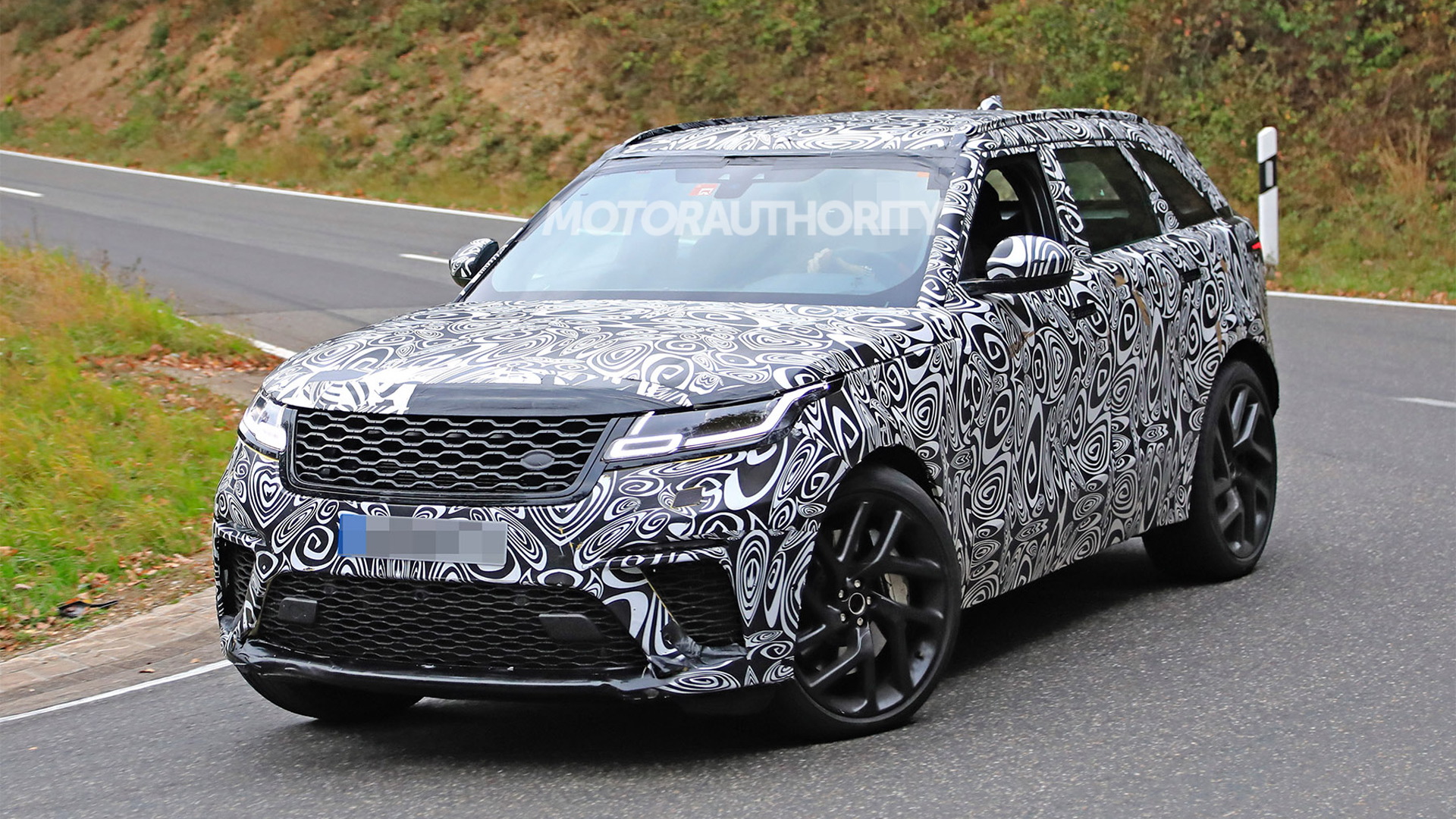 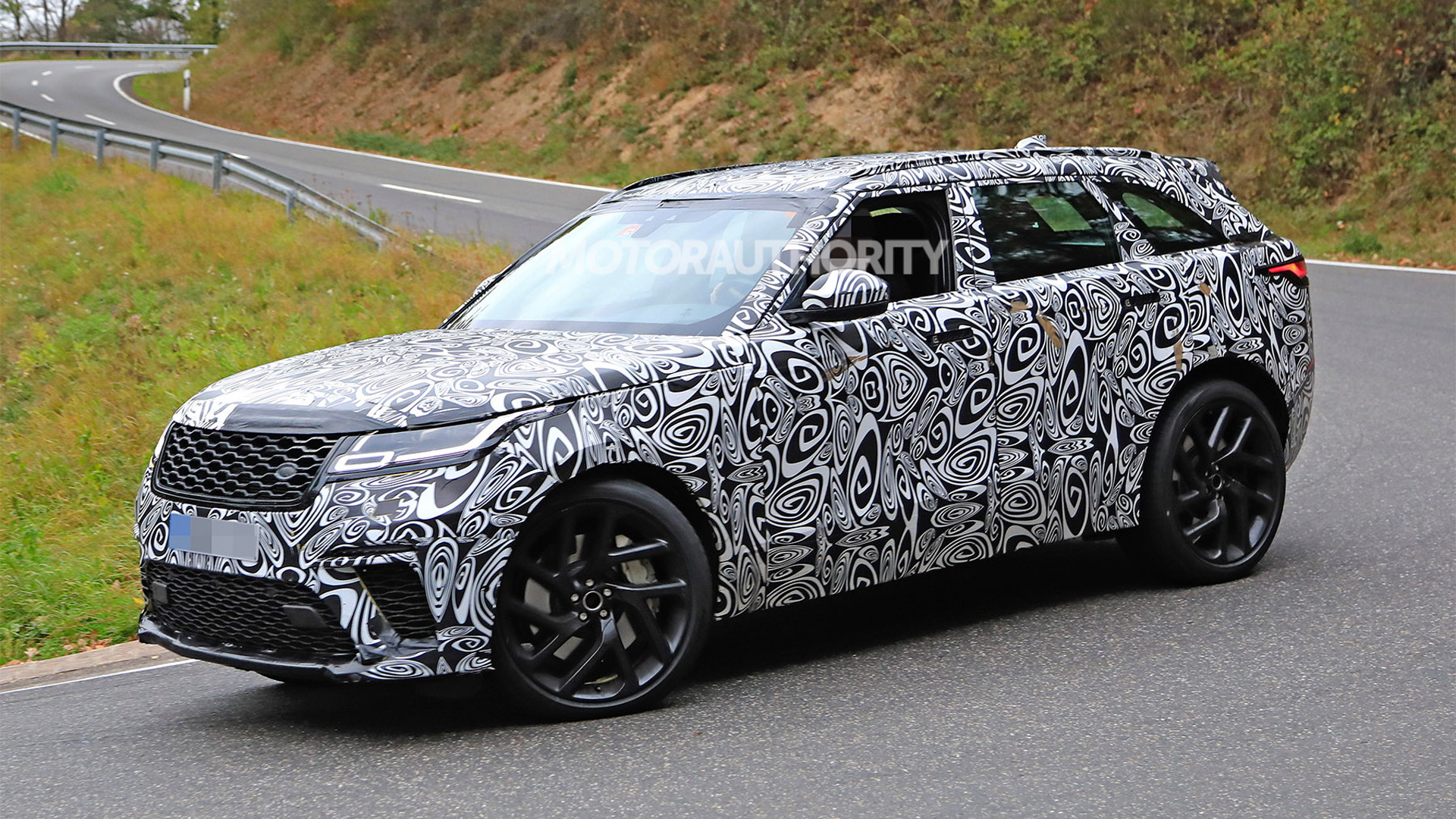 Land Rover’s striking Range Rover Velar only recently arrived in showrooms but a more potent version is already in the final stages of development.

Our spy shots and video show prototypes for what will likely be a Range Rover Velar SVR.

There are enlarged intakes in the front bumper plus a diffuser that's integrated into the rear bumper and flanked by two massive exhaust tips. You’ll also notice the enlarged brake discs and calipers that almost fill the insides of the wheels.

Judging by the prototype in the video, Land Rover is testing a V-8 in the vehicle. The mechanical package is almost certainly related to the one in Jaguar's F-Pace SVR, since the Velar and F-Pace are corporate cousins. This means a 5.0-liter supercharged V-8 delivering 550 horsepower and 502 pound-feet of torque should be residing under the hood.

Other upgrades for the Velar SVR should include tweaks to the Velar's eight-speed automatic transmission and suspension and anti-roll system.

Vehicles with the SVR tag attached are aimed at the offerings from Audi Sport, BMW M and Mercedes-AMG. Other SVR members include the Range Rover Sport SVR and Jaguar F-Type SVR.

All SVR development is handled by Jaguar Land Rover’s personalization department known as Special Vehicle Operations. The team will no doubt be relying on lessons learned from the Range Rover Sport SVR program in tuning this high-performance Velar.

The most potent version of the standard Velar offers 380 hp from a 3.0-liter supercharged V-6. We expect this SVR version to arrive in late 2018 or early next year, meaning it will likely arrive as a 2019 model. A debut at November's 2018 Los Angeles auto show is a strong possibility.