If you're a Porsche fan, you have plenty of options when it comes to choosing the 911 that best suits you.

The standard cars are fantastic road machines, while the top-spec RS models will set your local track ablaze. Somewhere towards the upper end of the 911 echelon sits the Turbo and Turbo S. Now there's another option for even more discerning Porsche fans: the 911 Turbo S Exclusive Series.

It's a bit funny to call this Exclusive, considering the Turbo S is already a fairly exclusive machine. Still, there are plenty of folks with deep pockets that need to be satisfied, so if you were Porsche why not add another dimension to your dynamic lineup of dynamic sports cars. 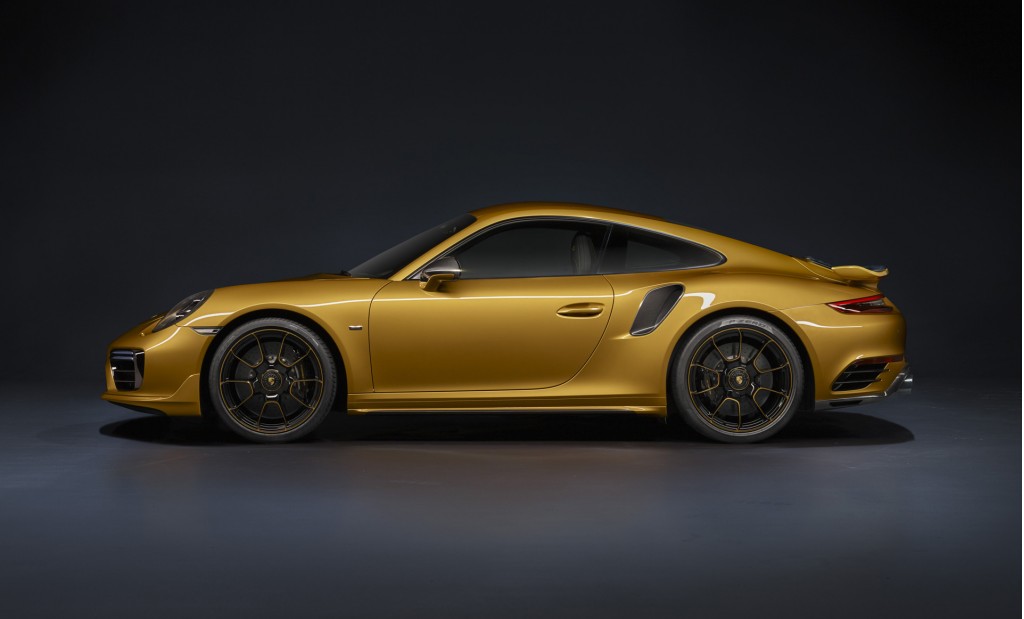 In the case of the Turbo S Exclusive Series, Porsche has raised the power output up over the Turbo S. The standard Turbo S sees 580 horsepower and 553 pound-feet of torque from its 3.8-liter twin-turbocharged flat-6. On the Exclusive Series, the power output is 607 hp and torque stays the same. It's enough scoot to get this special Golden Yellow Metallic machine from 0-60 miles per hour in just 2.8 seconds.

It takes a bit more time than that to put one together, as you can see from the video. It's a long video, as far as Internet flicks go, but it's an easy 39-minute voyage if you're obsessed with all things 911. It also provides good insight into the inner workings of a Porsche plant.