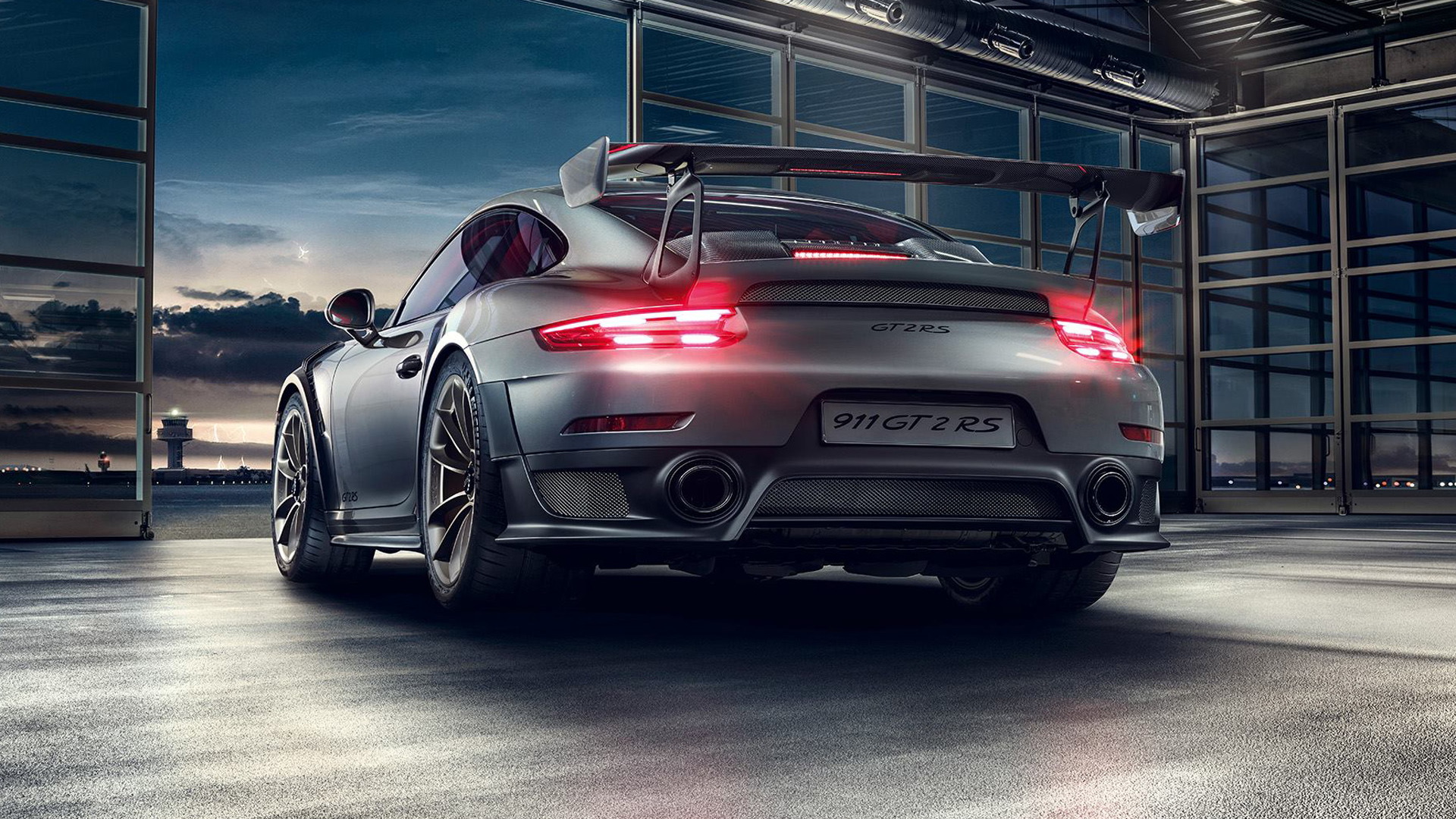 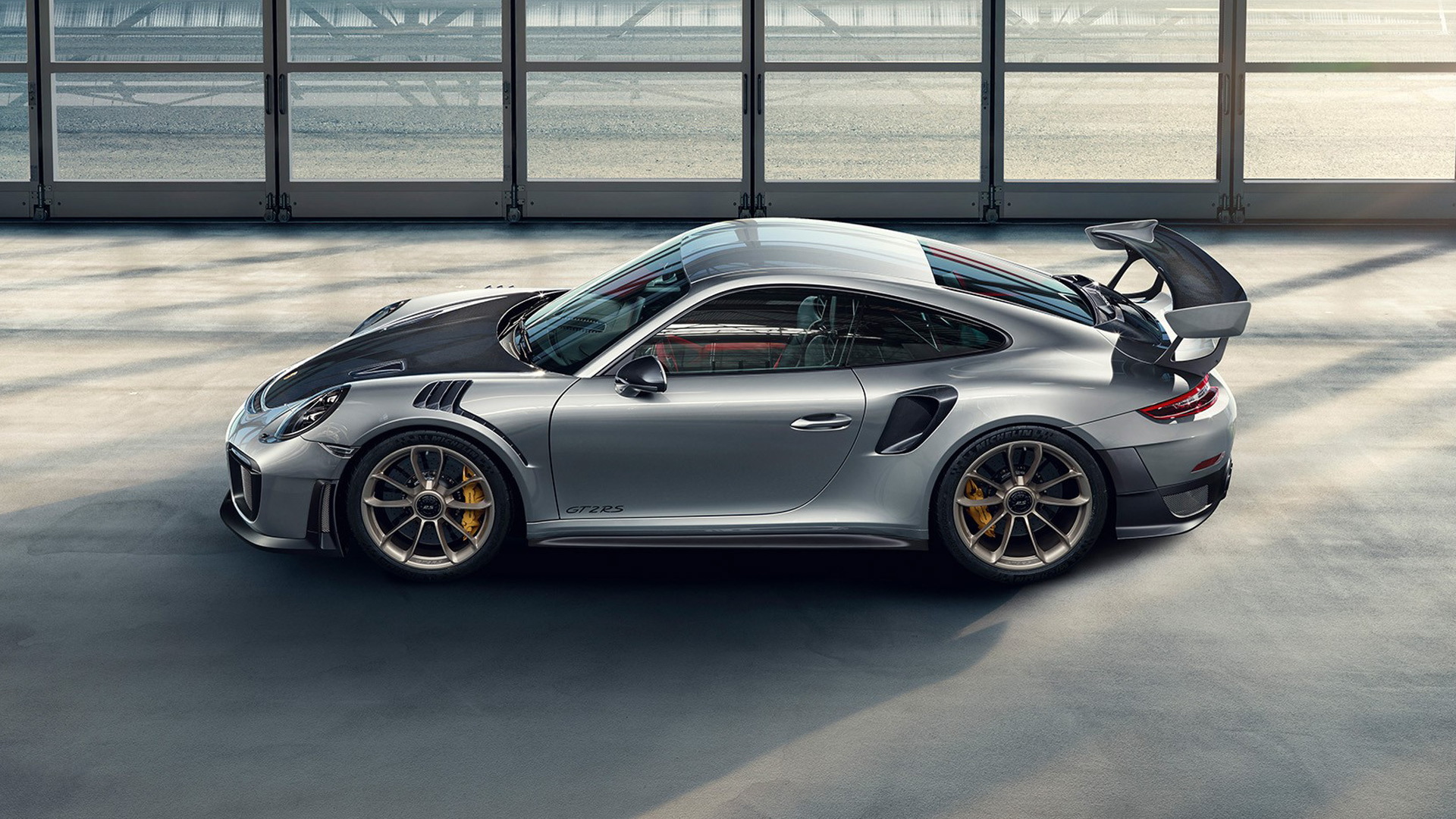 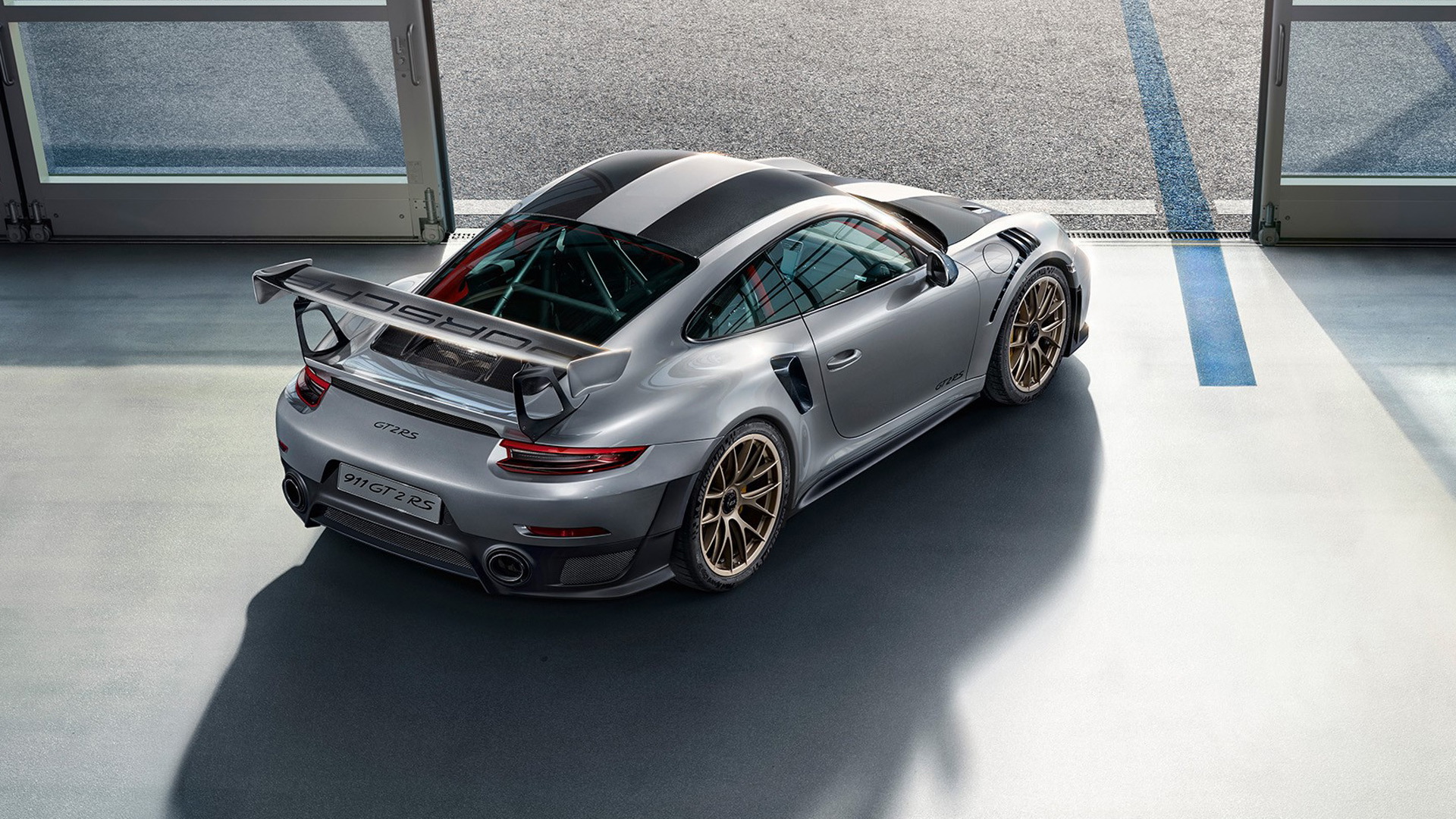 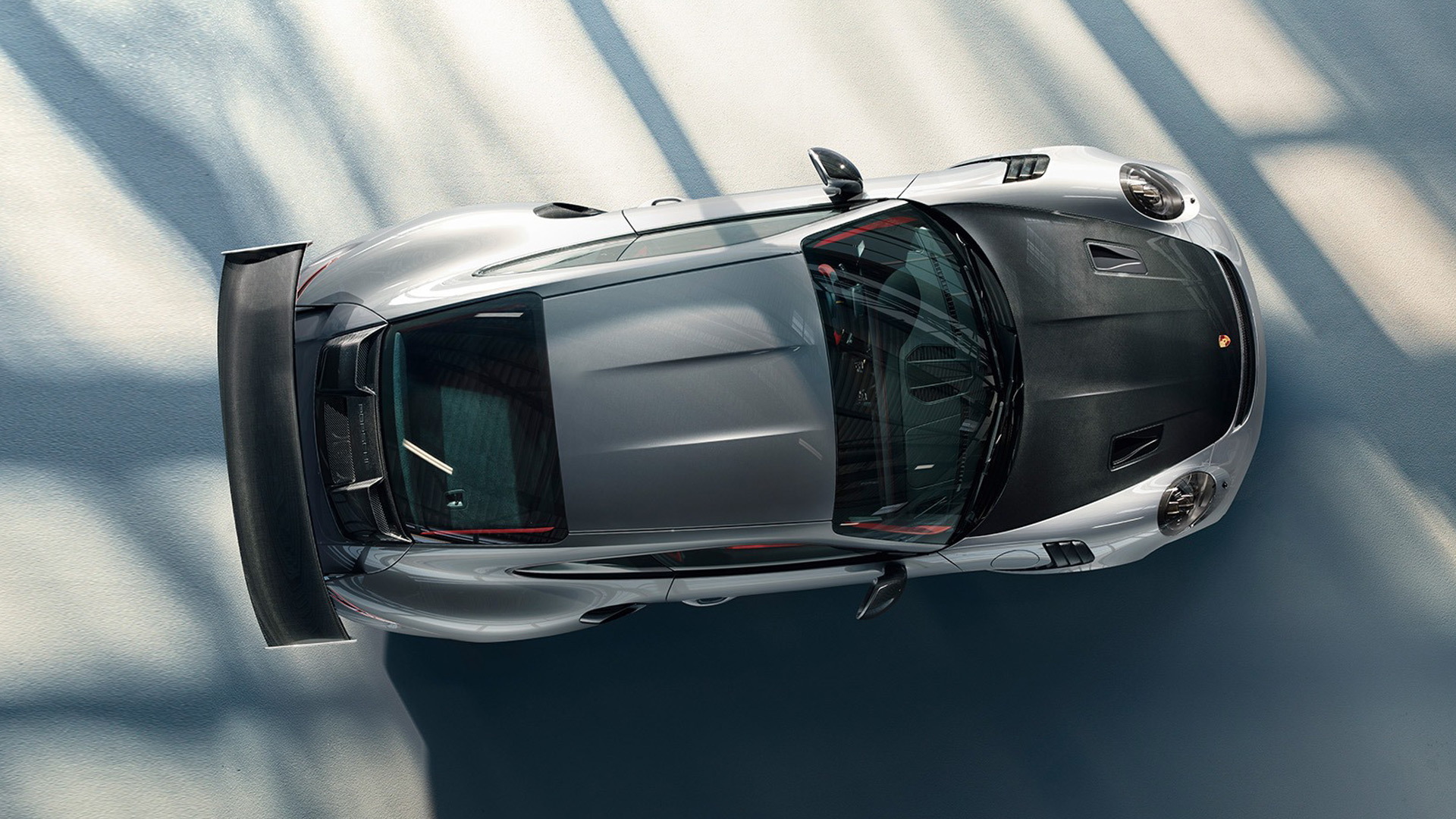 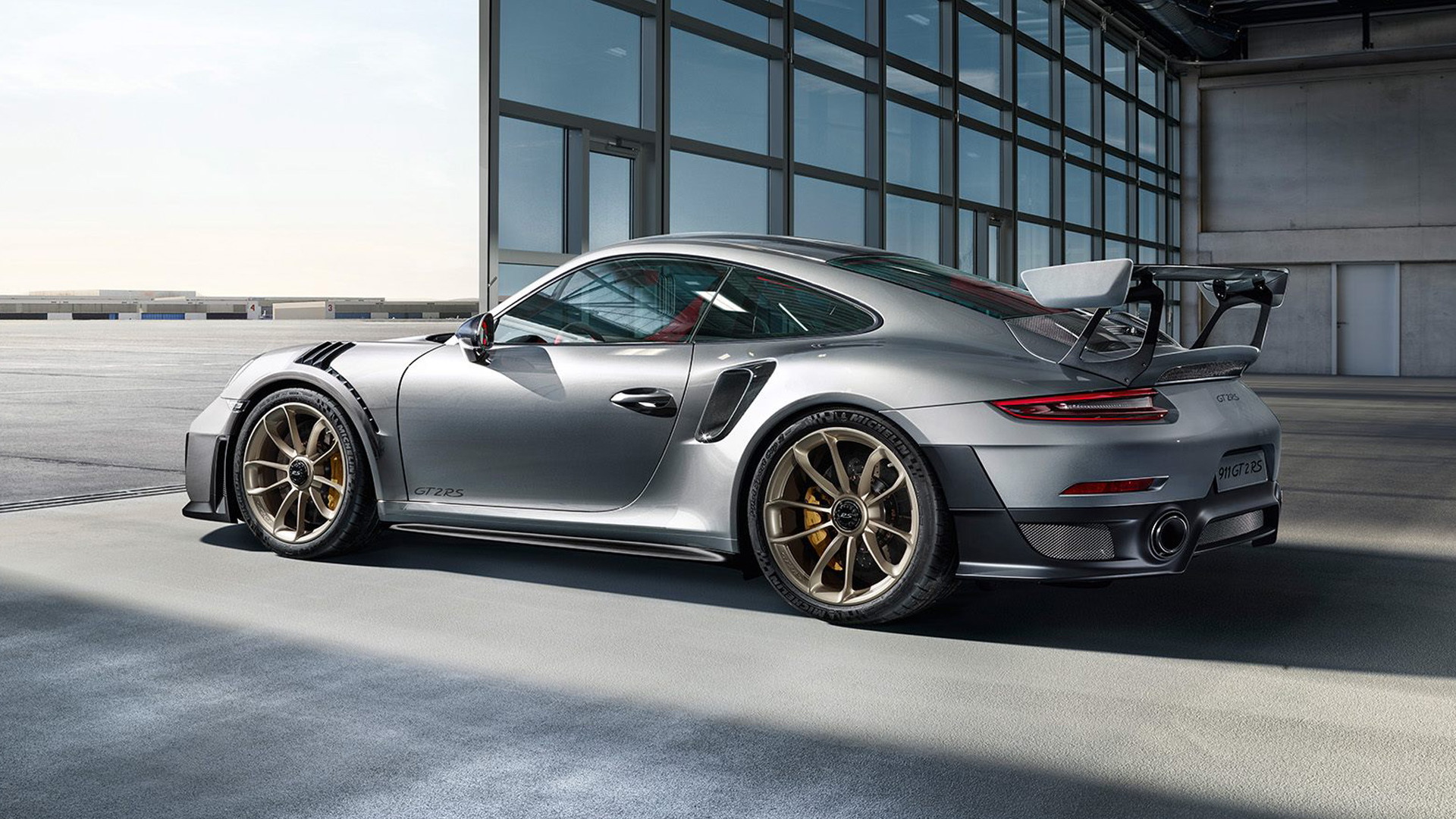 It’s so skilled at cutting fat, another name Porsche could have considered for its most powerful road-going 911 was “breaking knife.”

Porsche is keenly aware of its history building turbocharged 911s so violently fast and light they’re practically assisted suicide. A line of blistering predecessors—the 930 Turbo, among them—looked on as the automaker officially unveiled the car near the 2017 Goodwood Festival of Speed.

In keeping with tradition, the new GT2 RS reads on paper like the typical death wish. All 700 horsepower is channeled to the rear wheels only, via a fast-shifting dual-clutch 'box that enables bad decisions—it doesn’t delay them with a third pedal.

Power-to-weight in the GT2 RS is one horsepower for each 4.61 pounds of weight, which is a stone’s throw from the 918’s 4.06 mark—but the latter had two more driven wheels to help out. Porsche will remove 60 pounds from the GT2 RS at the factory if you wish to take on a hypercar, deleting the standard air conditioning and navigation to edge it even closer to the 918's figure. The $31,000 Weissach package cuts another 40 pounds thanks to carbon anti-roll bars, magnesium wheels, and a carbon-fiber trunk lid.

And even the base car nerds out on saving weight. Compared to the Porsche 911 GT3 RS, carbon fiber wheel housing vents, air intakes, and mirror shells help draw the turbocharged GT2 to within 400 pounds of the lighter GT3 RS. All that adds up to a car that is almost as impressive to study as it is to feel...we think as we haven't gotten behind the wheel.

According to the guy who built it, Porsche’s head of its GT program Andreas Preuninger, the GT2 RS is “in an entirely different league of performance—a league never before seen on a road-going 911.”

Perhaps the GT2 RS is a return to form, then. After all, the 2017 Porsche 911 Turbo S is legendarily approachable, and older versions abruptly weren’t (just ask their owners—if they’re still alive). A smart anti-lag system keeps the 911 Turbo’s turbos at the ready so their surge of power doesn’t catch novice drivers off guard. All-wheel drive does its best to tame corners, and a telepathic automatic doesn’t break your back when it shifts among its seven gears.

The GT2 RS is some of those things, but not all. The $294,050 question is: Does it earn the Widowmaker moniker?

“In terms of driving pleasure, absolutely. The car just begs to be driven quickly,” Preuninger said.

“It’s biblical power—unbelievable stuff,” said Mark Webber, the former Formula One ace and Porsche endurance who's now helping develop Porsche road cars. “It has to be respected, this car. A lot…I’m not scared of this car, but it has to be respected.”

Webber would know. His first exposure to the GT2 RS was stuck in traffic. At low speeds, crawling through traffic, Webber said the GT2 RS calmly waited to pounce. When he could finally open it up and approach the car's 211-mph top speed, he said the GT2 RS felt surprisingly the same.

But fired up and running, the 2018 Porsche 911 GT2 RS makes different noises. Its 3.8-liter flat-6 creates 182.5-hp per liter of displacement, which translates to a monumental howl at full throat through an ultra-light titanium exhaust. Its sprint to 60 mph takes 2.7 seconds—again, not far from the 918. Sitting low in the carbon fiber seats, the GT2 RS feels unhinged, almost crazy.

As Webber turned in runs at the Goodwood racetrack, the speed piled on and the driver told us that the GT2 RS doesn’t hide its bad ideas. His friends in Formula One are lining up to buy one, he said.

“Tell me what you can’t do with this car,” Webber said.

One thing it hasn’t done so far is an official lap of the Nürburgring Nordschliefe course, which Webber pronounced would be lunch for the GT2 RS. Preuninger whispered that equipped on stock tires, the GT2 RS should outrun the Lamborghini Huracán Performante's record-setting run of 6:52. Webber said his few laps on the famed course in the Porsche have been thrilling.

Preuninger isn’t making specific predictions on the GT2 RS’s time just yet: “We will see,” he said.

If the GT2 RS isn’t scary, two of the select few who’ve driven it said that it’s at least scary fast.

Porsche provided travel and lodging to Internet Brands Automotive to bring you this report.