Porsche is cooking up a new generation of its 911 GT2, and this time around the German firm is skipping the standard GT2 and going straight to the full-bore GT2 RS.

Some outlets were recently allowed to ride shotgun in a prototype, including Sport Auto which filmed this quick clip of the car starting up and then spiriting away. Towards the end, it looks like the driver was demonstrating a launch control mode.

Though brief, the clip heralds great things to come and leaves us salivating for more. The sound is raw, meaty and very loud. Impressively, there's just a twin-turbocharged flat-6 hidden there. 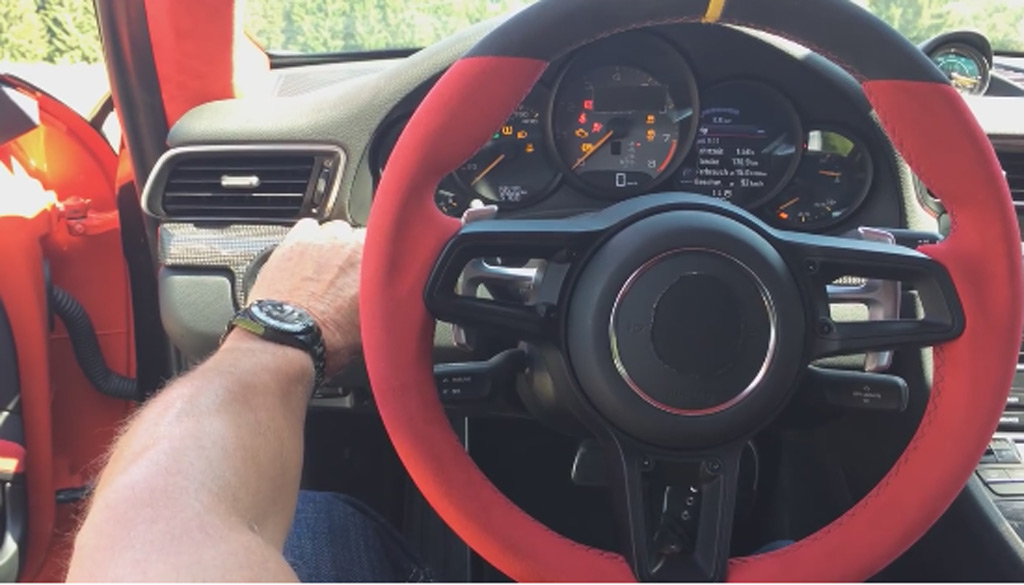 The engine is an uprated version of the 911 Turbo’s 3.8-liter mill. Mods specific to the GT2 RS’s engine are said to include bigger turbos, tougher internals, a lightweight titanium exhaust system, and a water-injection system just like the one fitted to the BMW M4 GTS. The result should be a peak output exceeding 650 horsepower and 553 pound-feet of torque.

Porsche will reveal the GT2 RS soon. A formal debut at the 2017 Frankfurt auto show in September is a strong possibility.