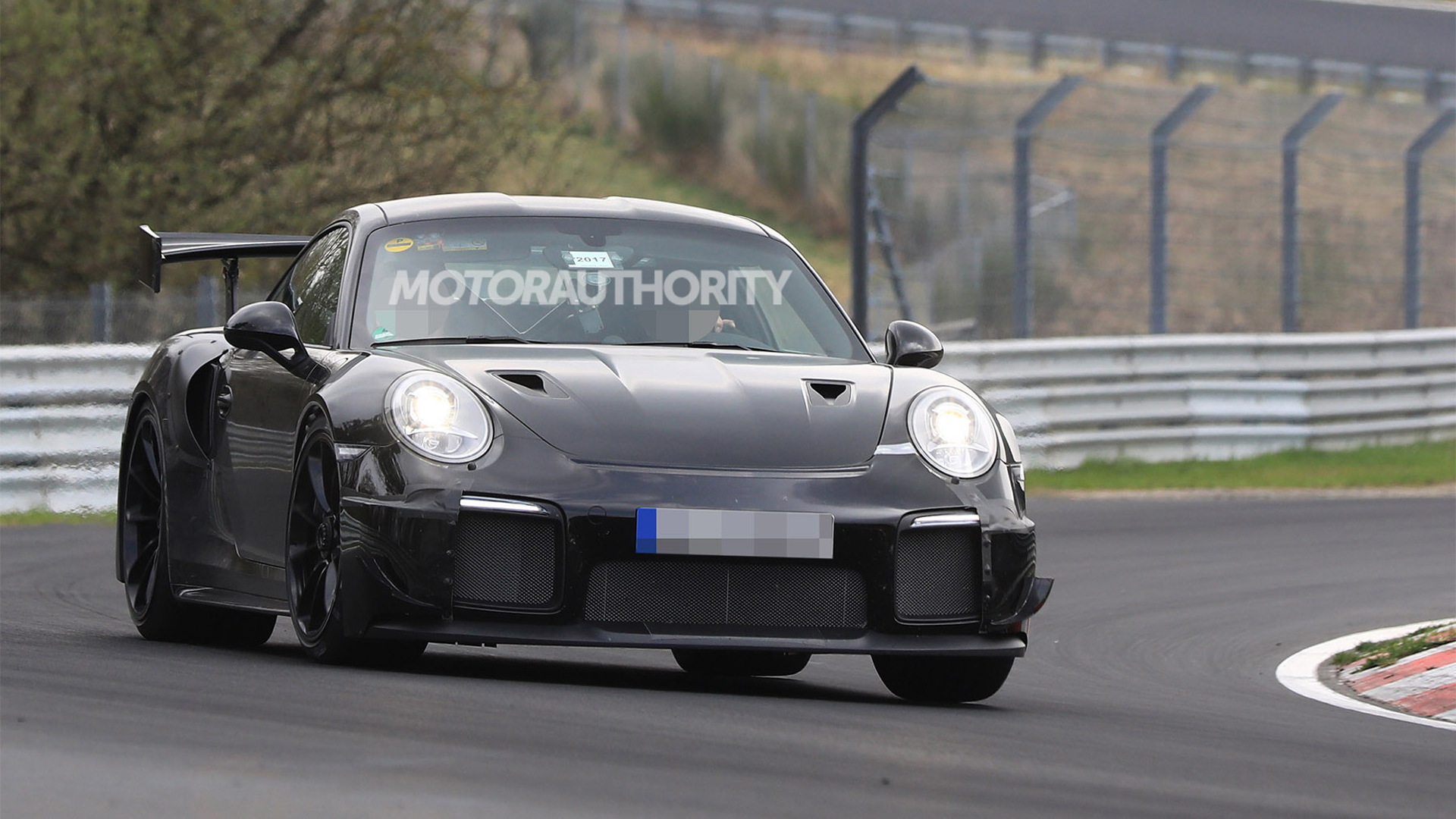 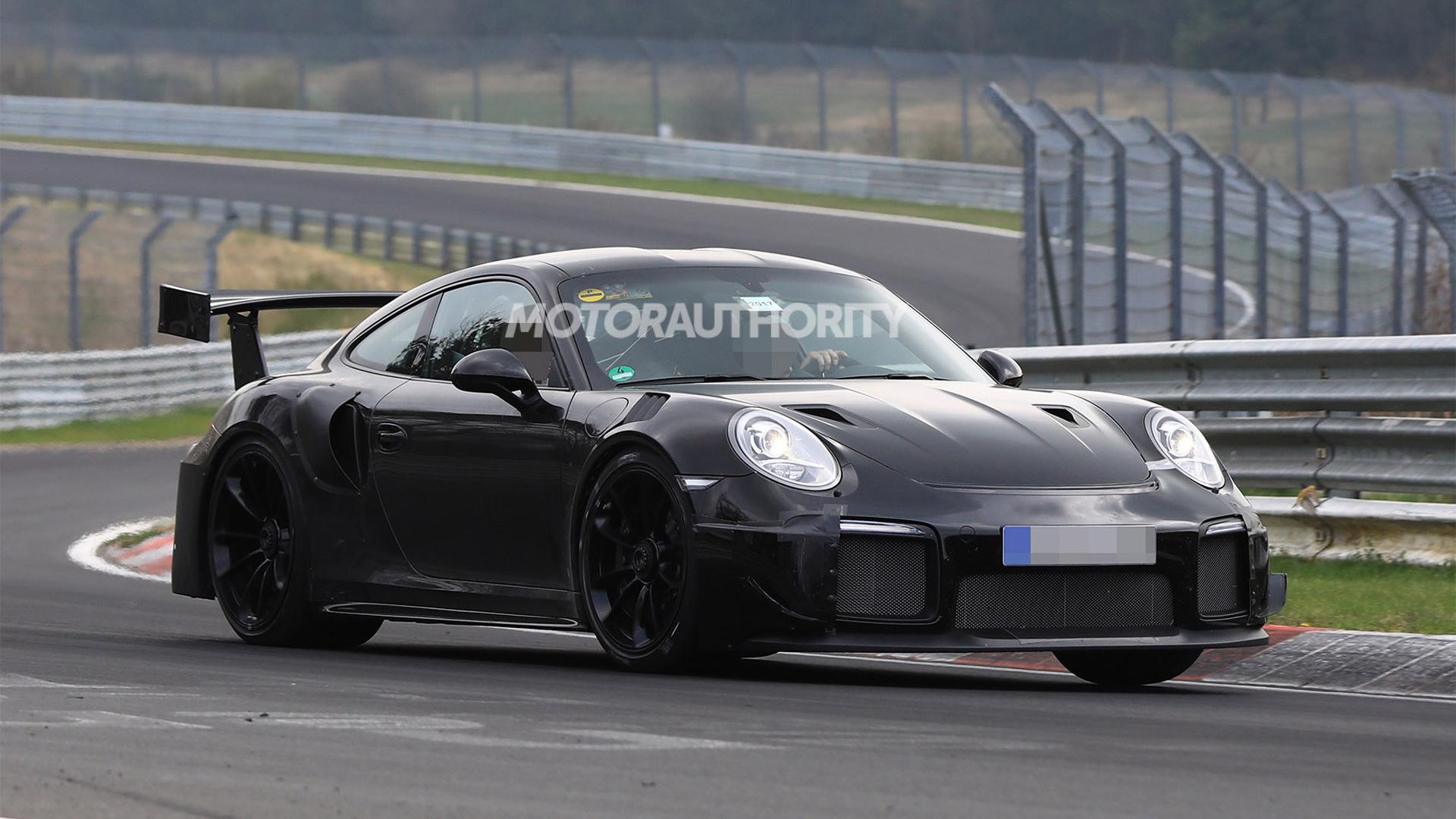 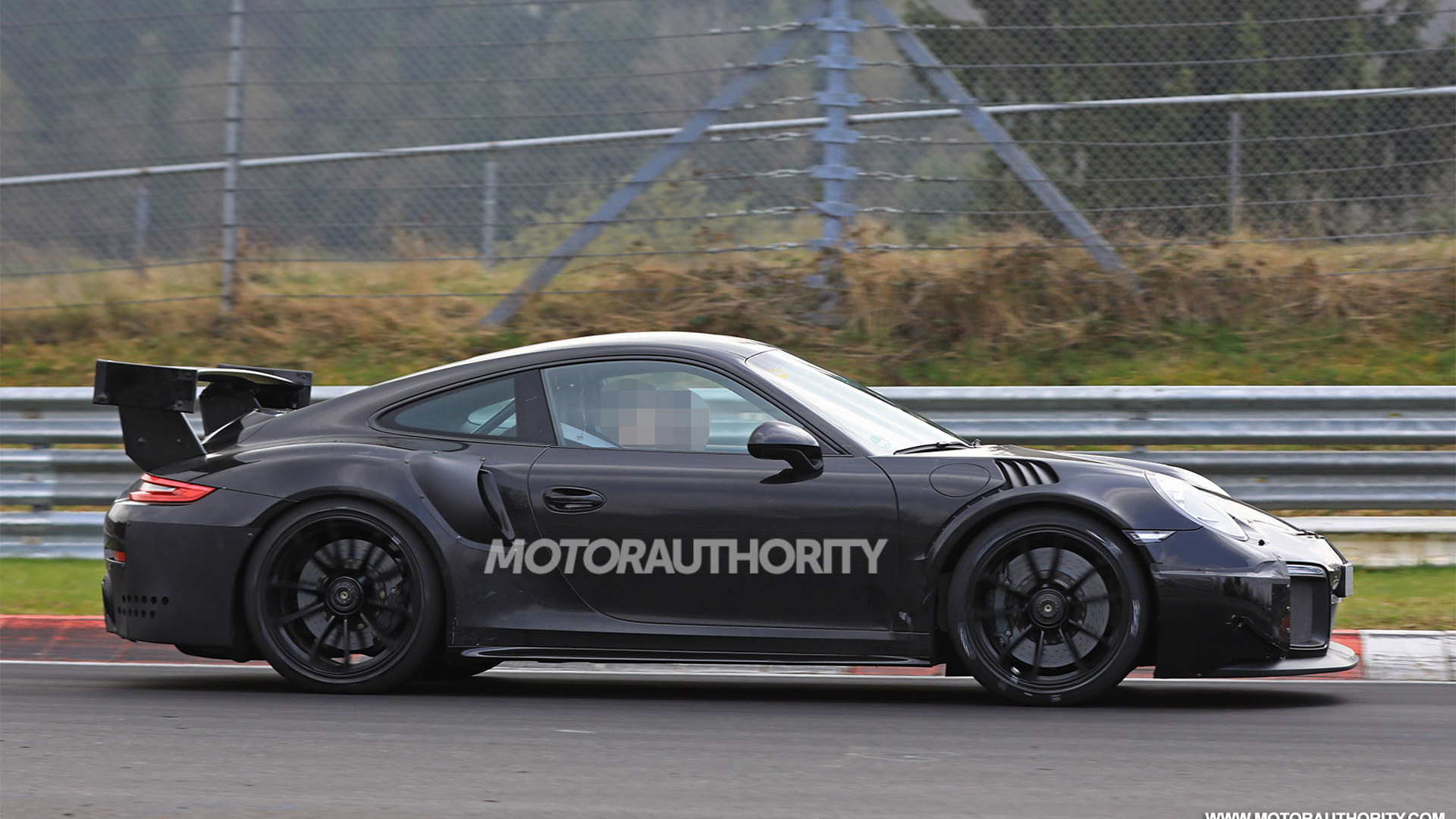 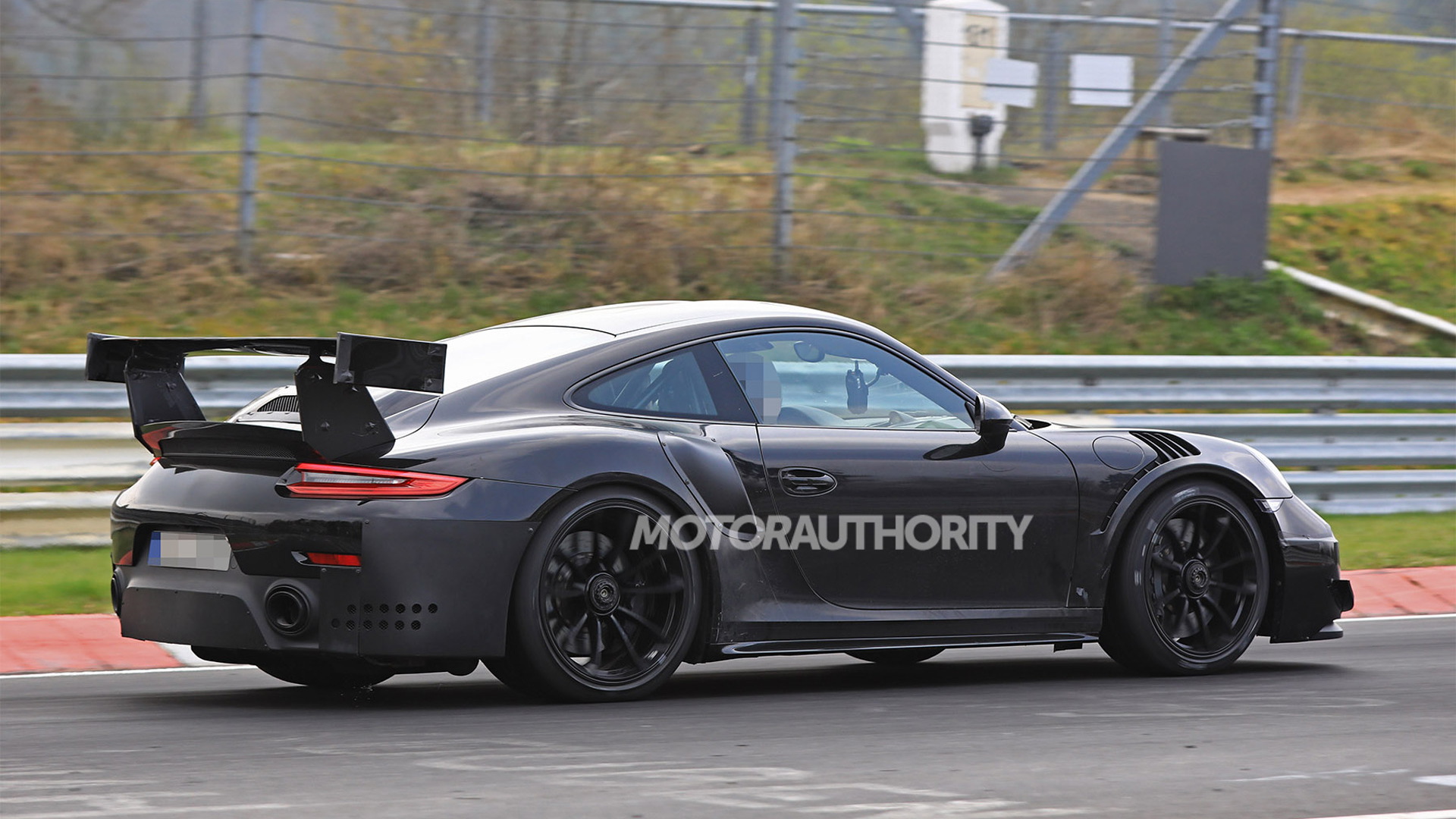 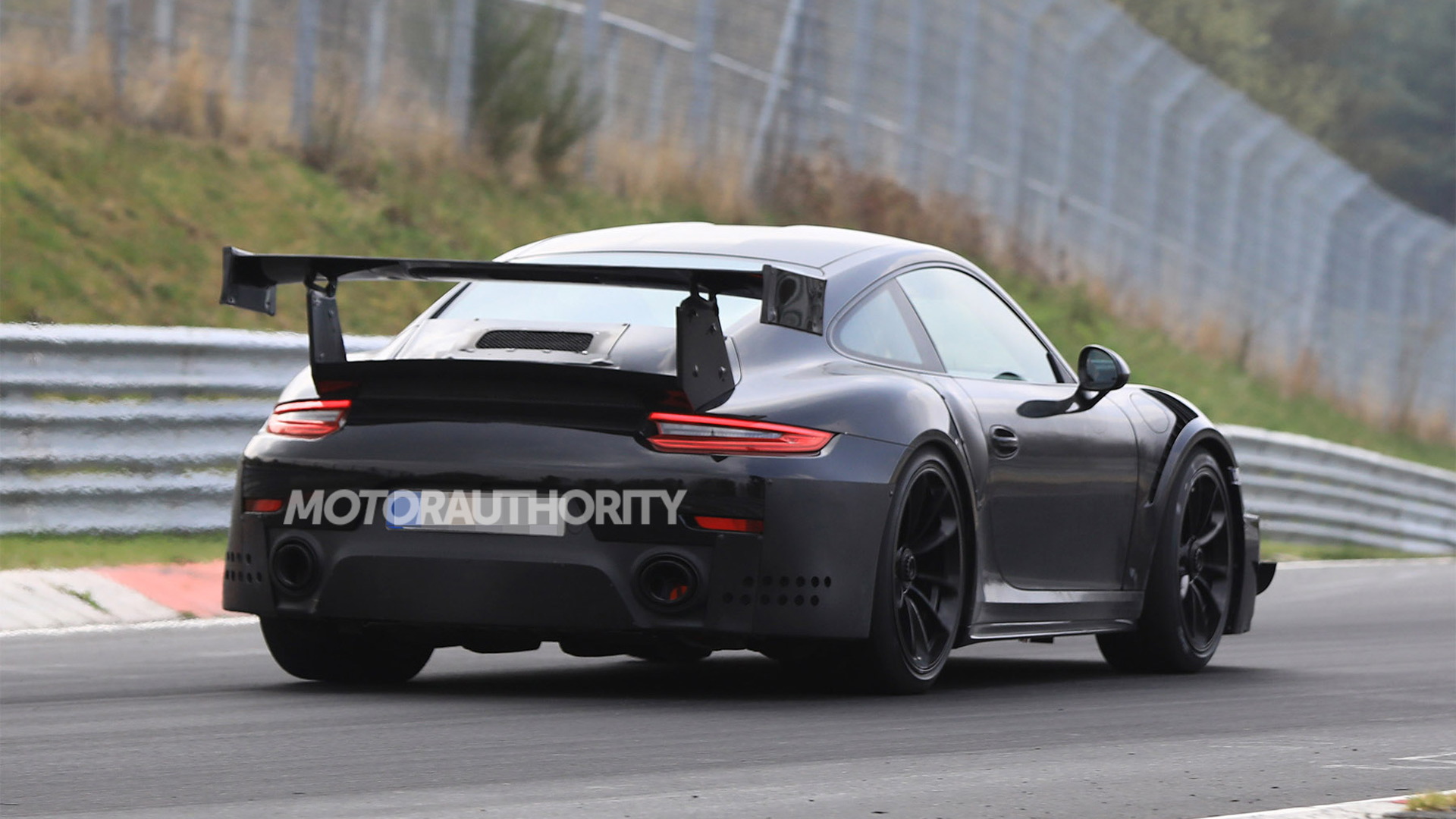 Porsche is cooking up a new generation of its 911 GT2, and for the first time we have some official specs on the car.

Some outlets were recently allowed to ride shotgun in a prototype and have come away with a number of key details.

One of those outlets was EVO which reports that Porsche plans to skip the standard GT2 and go straight to the bonkers GT2 RS. The car will essentially combine the powertrain of the 911 Turbo with the chassis of the GT3 RS.

The engine is a 3.8-liter twin-turbocharged flat-6 that in final specification should deliver more than 650 horsepower and 553 pound-feet of torque. In the 911 Turbo S, the engine delivers 580 hp and 513 lb-ft (553 lb-ft with overboost). Mods specific to the GT2 RS’s engine are said to include bigger turbos, tougher internals, a lightweight titanium exhaust system, and a water-injection system just like the one fitted to the BMW M4 GTS.

Drive is to the rear wheels only, and there’s no manual this time around. The only transmission will be a 7-speed dual-clutch unit. The previous GT2 and GT2 RS came exclusively with 6-speed manuals. The main reason for the dual-clutch is shift speed—no manual will ever switch gears on pace with a DCT—but it’s also necessary for Porsche’s locking differential, EVO reports.

To shore up the handling, Porsche has installed the suspension from the 911 GT3 Cup race car. Despite this move, Andreas Preuninger, who heads development of Porsche’s GT-badged cars, told EVO that the GT2 RS is “nimble and agile” and much easier to drive than its predecessor.

Attached at each hub are magnesium wheels measuring 20 inches front and 21 at the rear. These are shod in custom Michelin Pilot Sport Cup 2 tires measuring 265/35ZR20 front and 325/30ZR21 rear. Inside these are carbon-ceramic brakes, with the front pair cooled by those new NACA-style ducts in the hood.

Finally, the car has benefited from numerous weight-saving mods. Some specific mods include thinner Gorilla Glass for the rear windshield, a stripped-out interior, and some carbon fiber components. Further savings are possible via an available Weissach package. The goal for Preuninger and his team is to get the weight under 3,300 pounds.

Look for a debut at the 2017 Frankfurt auto show this September.