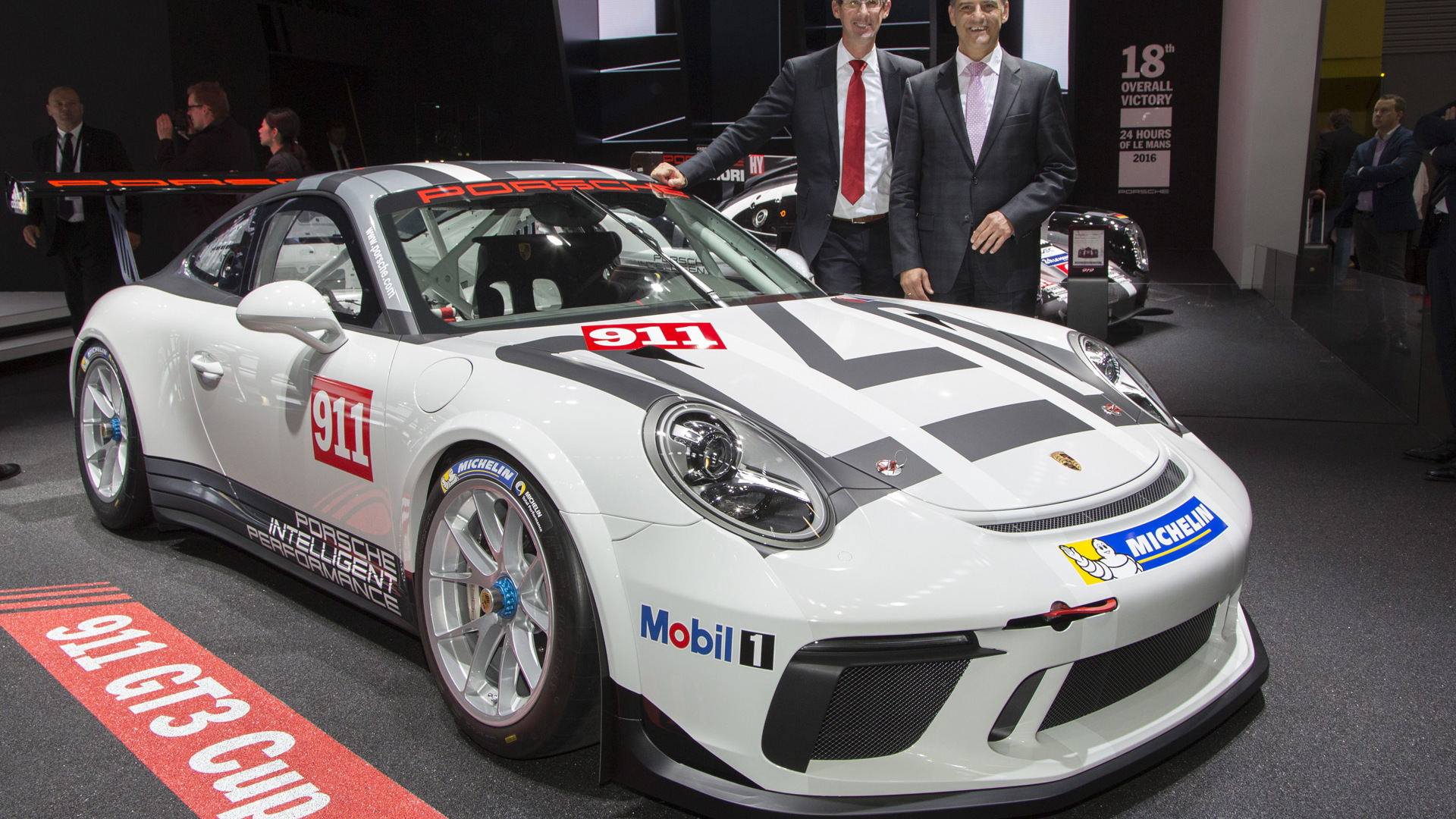 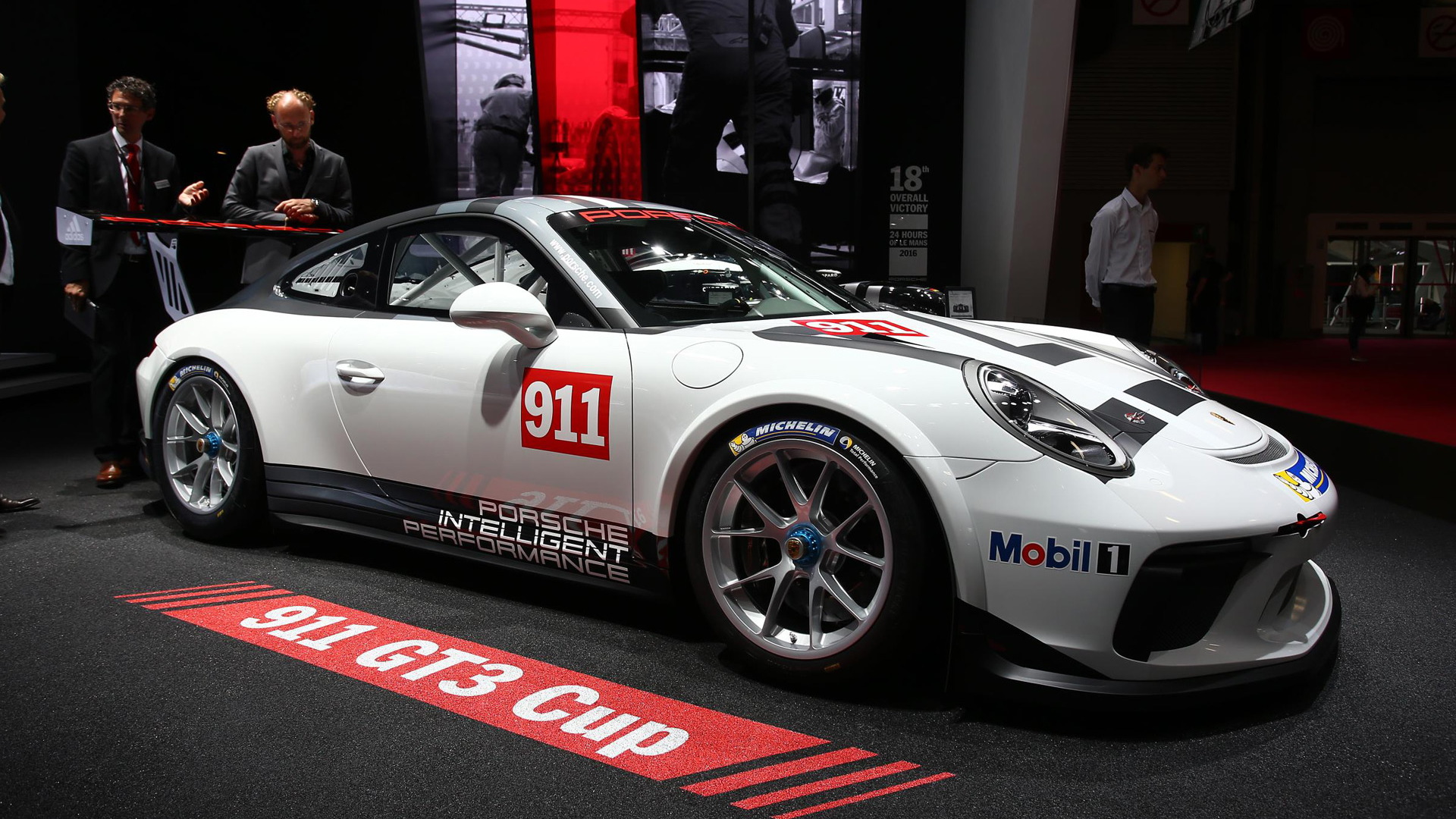 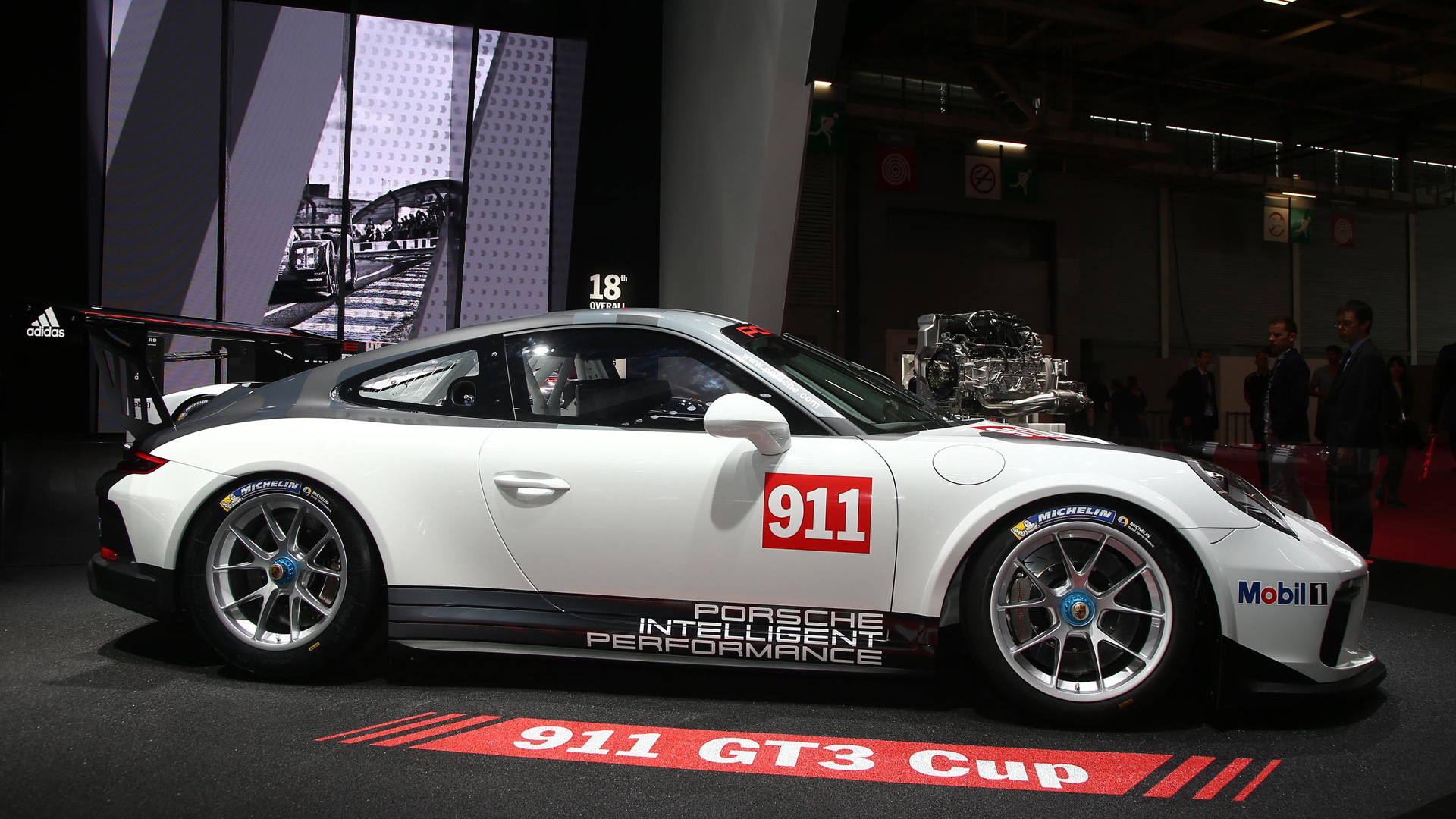 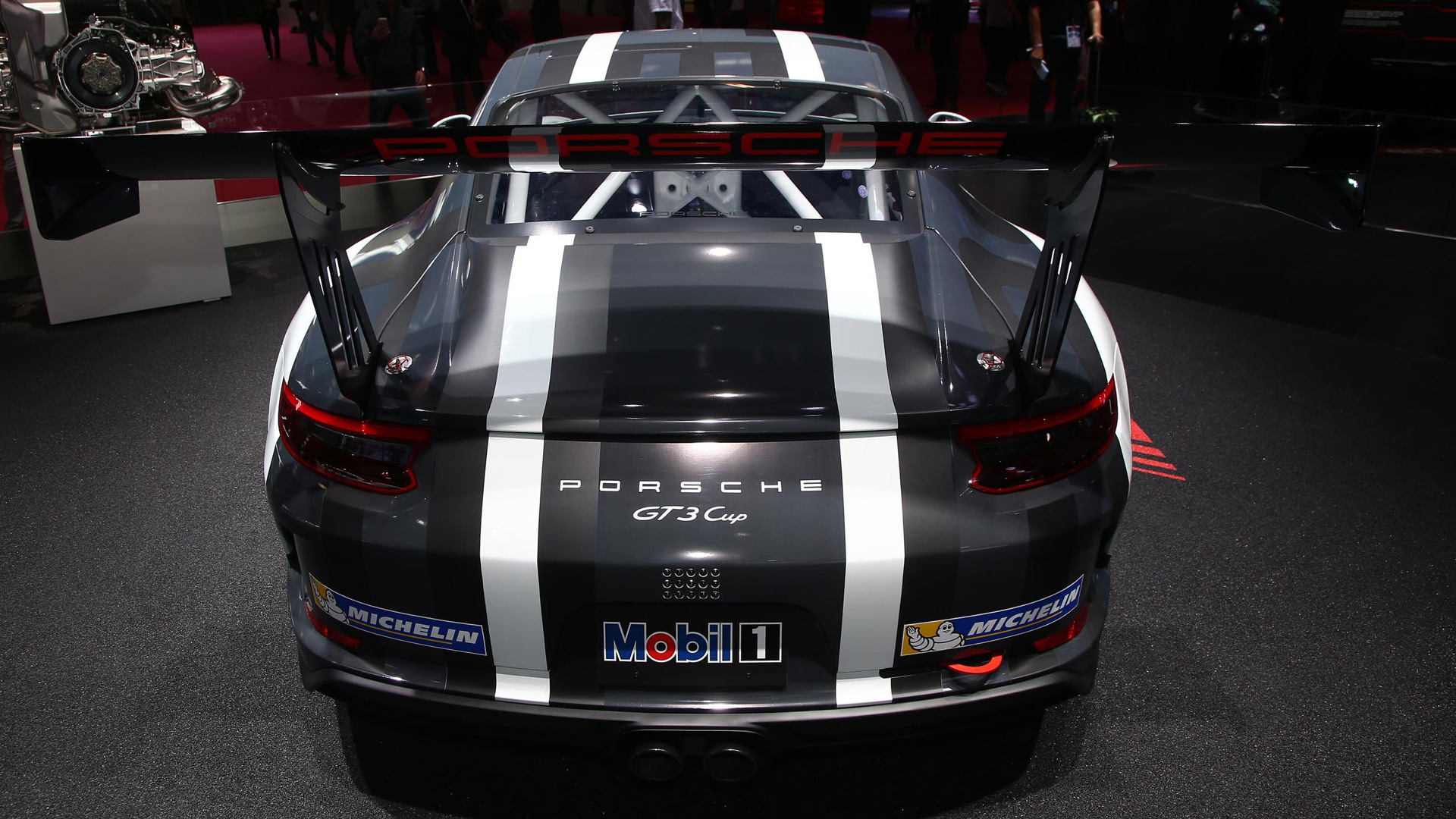 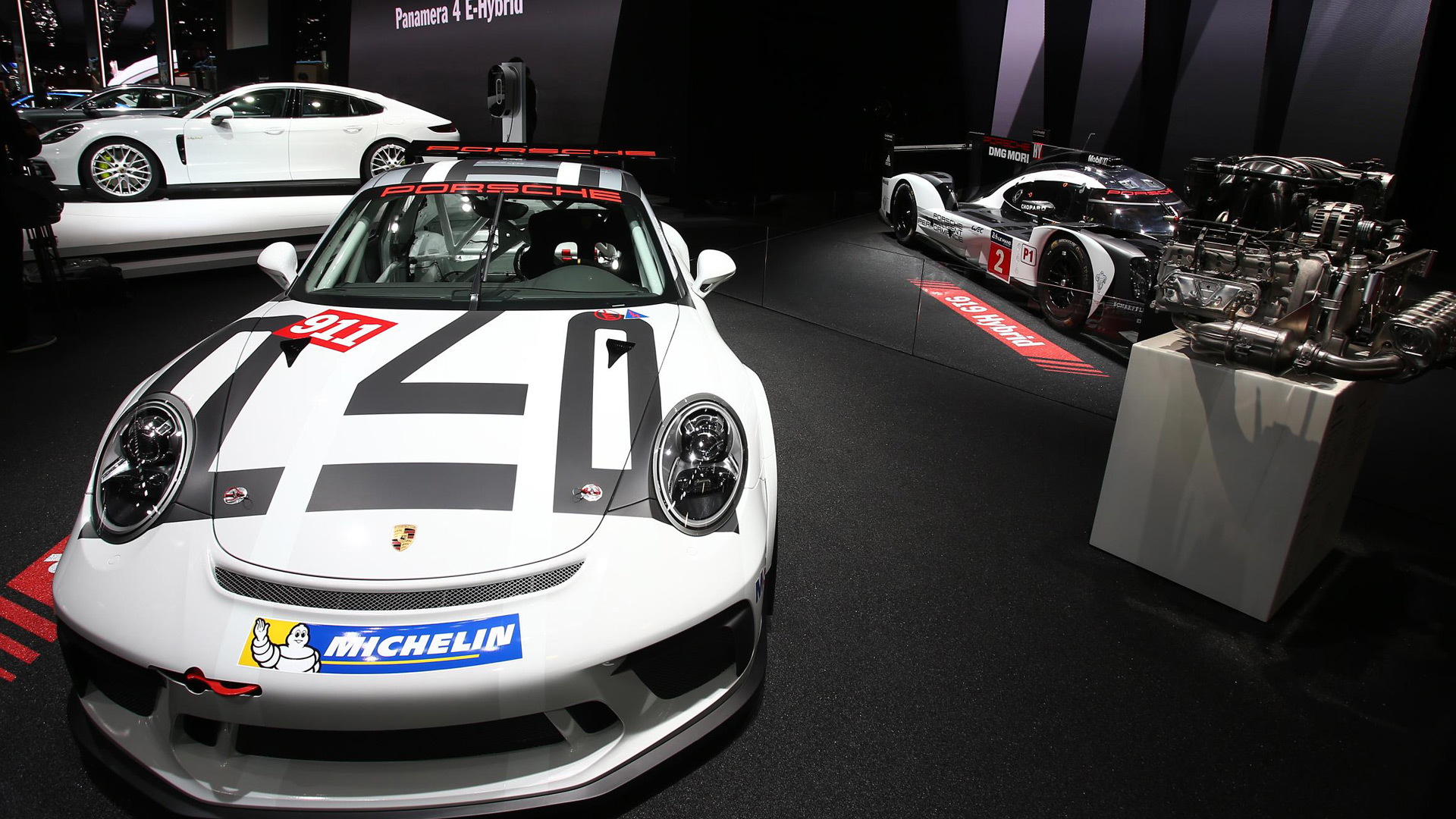 Don't think there's any relevance or relationship between modern road and race cars? Then meet the Porsche 911 GT3 Cup, which shares around 80 percent of its components with the 911 GT3 RS road car—and the remaining 20 percent mostly concerns safety and weight reduction, rather than raw performance.

The latest version of Porsche’s entry-level 911 race car—there’s the GT3 R and RSR above it—made its debut on Thursday at the 2016 Paris auto show. It’s an update of the GT3 Cup introduced for the 2013 motorsport season, and has been improved mostly by new aerodynamics at the front and rear sections.

The engine remains Porsche’s familiar 4.0-liter flat-6, naturally aspirated to the tune of 478 horsepower. The standard transmission is a sequential unit with paddle shifters and the weight is an even 1,200 kilograms (approximately 2,645 pounds).

Since Porsche launched the GT3 Cup program in 1998, initially for the Type-996 911, 3,031 examples have been sold. This makes it the the most-produced and most-sold GT racing car in the world.