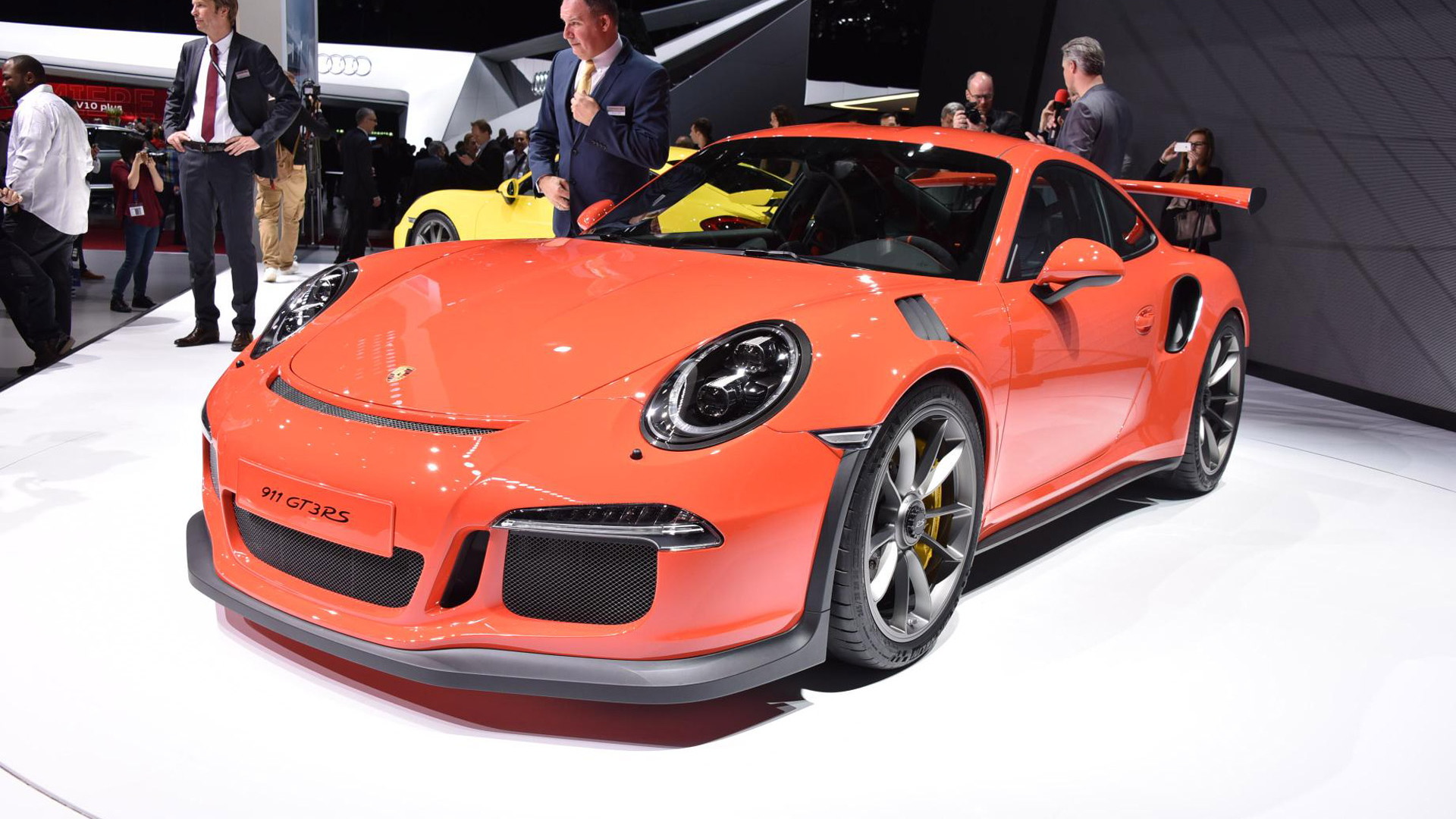 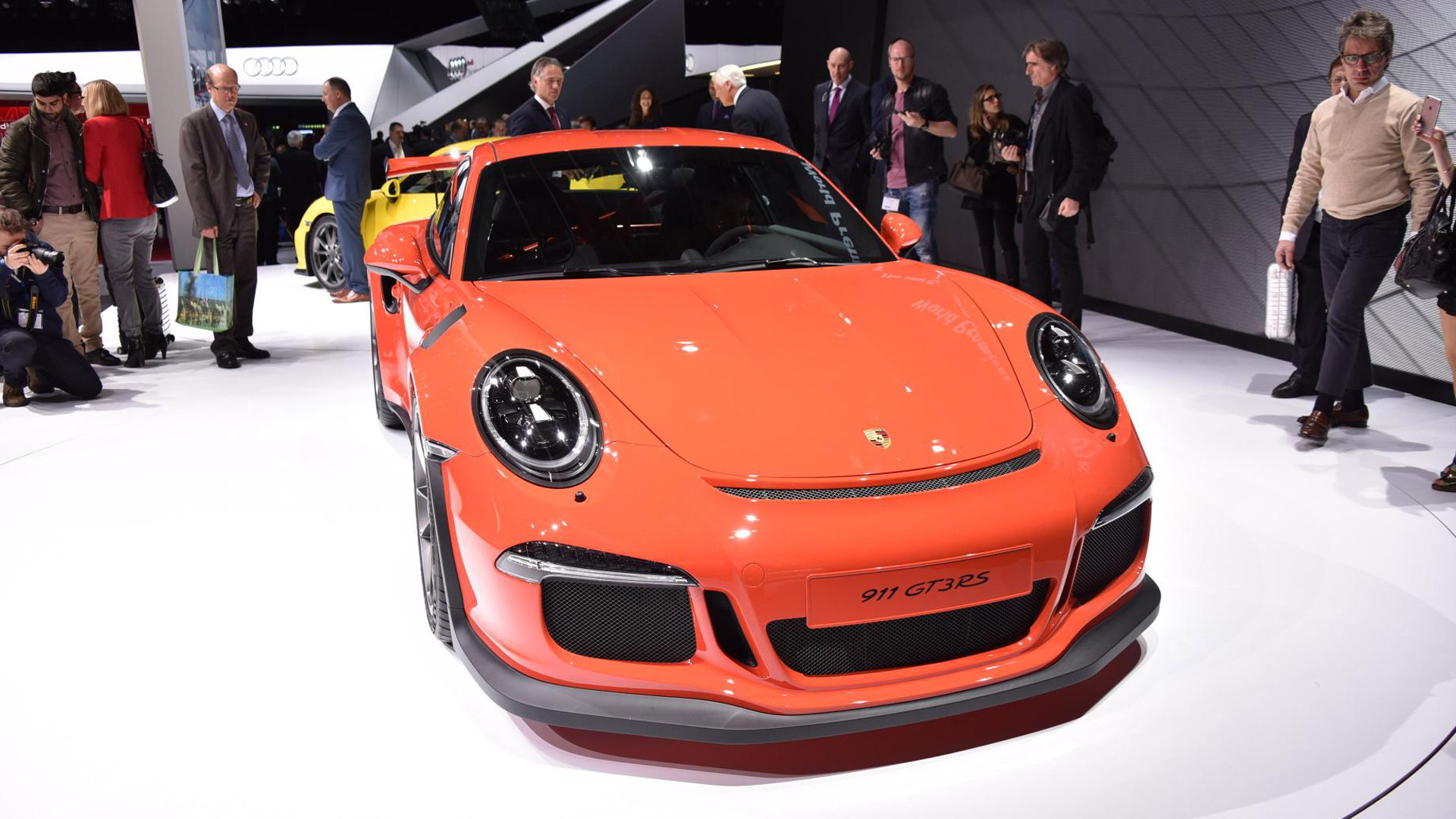 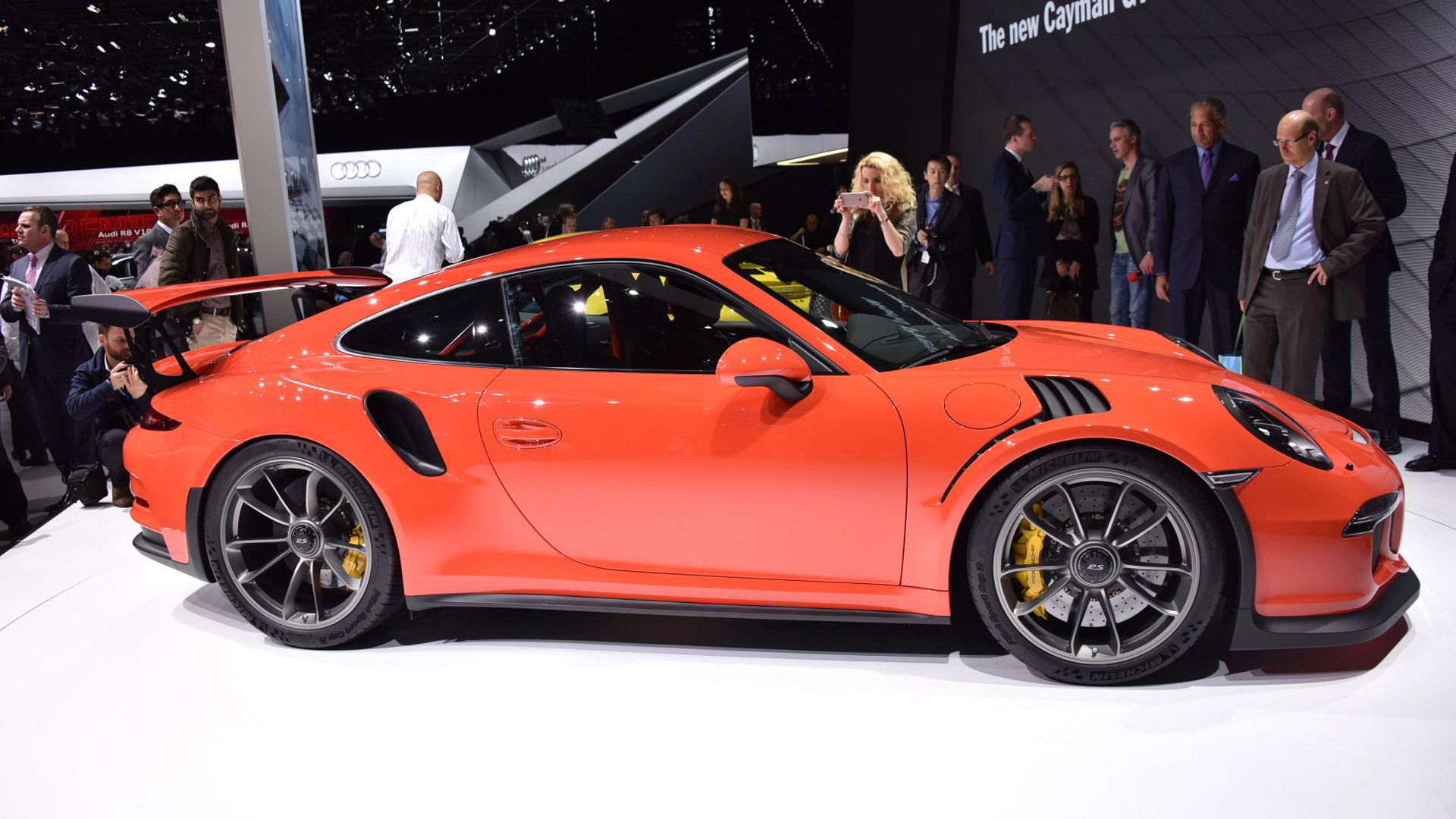 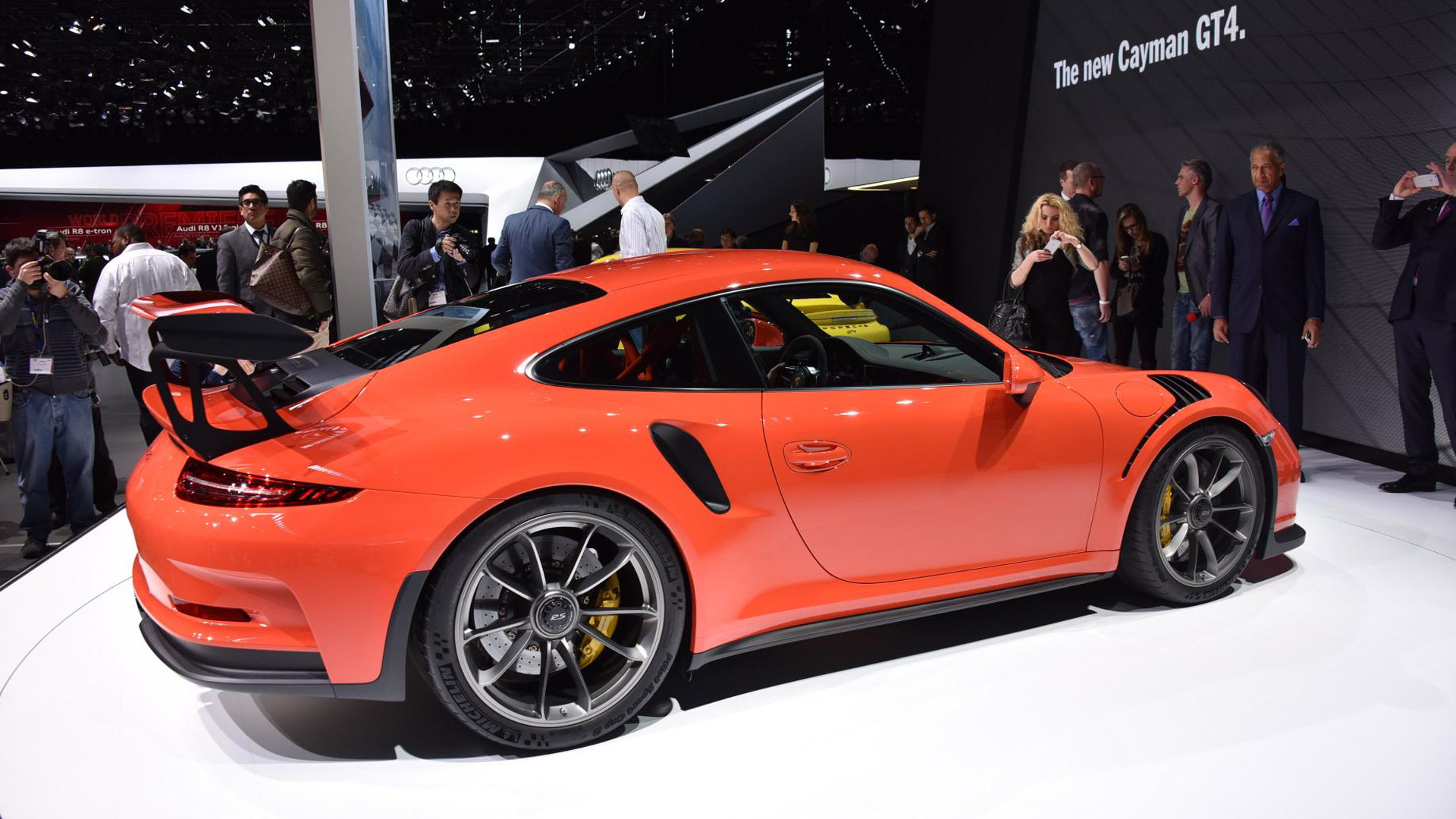 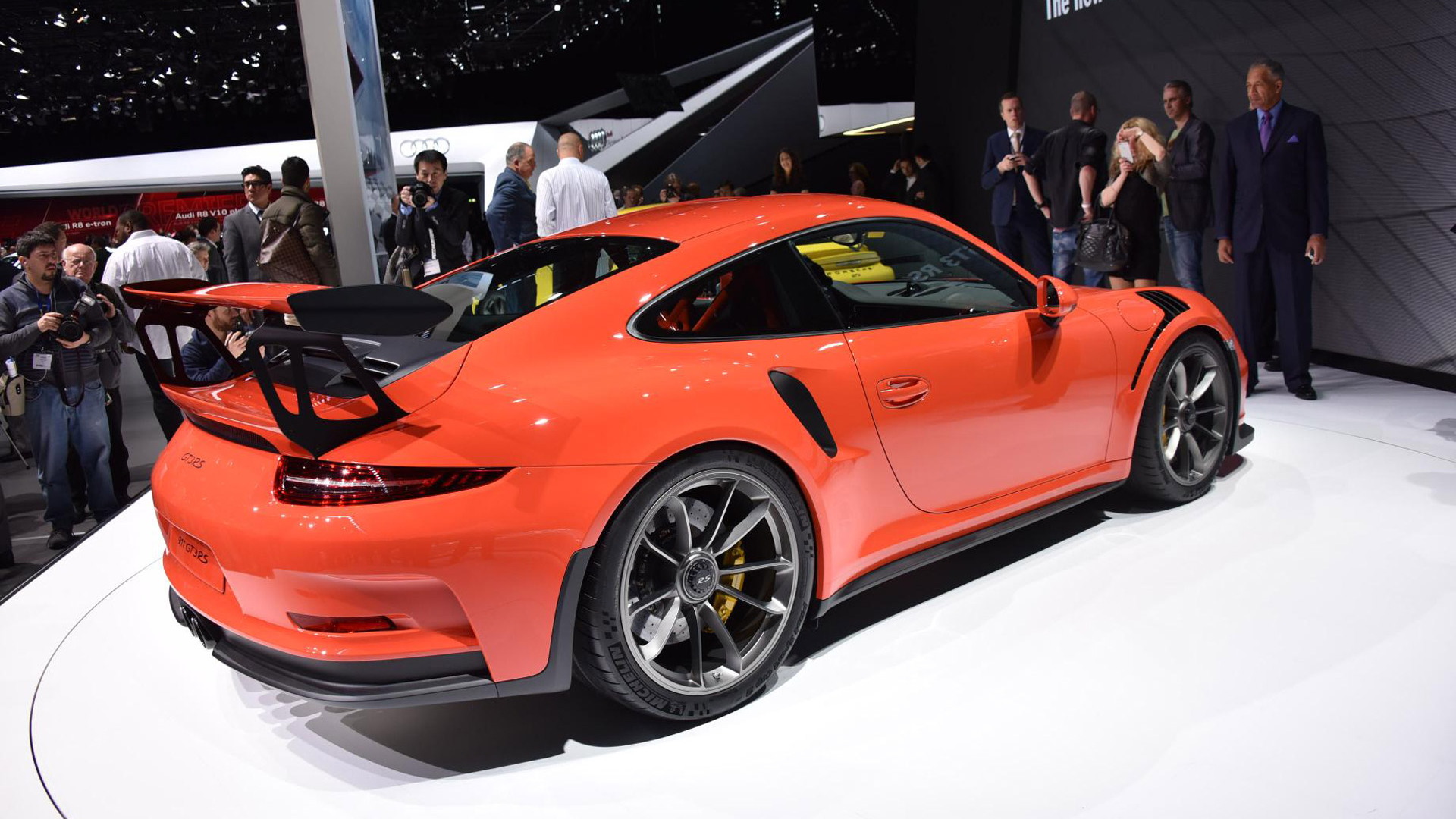 Having missed its original targeted launch date by more than six months, Porsche’s GT3 RS based on the 991 series of the 911 has finally landed, debuting this week at the 2015 Geneva Motor Show. It may be a little late, but Porsche has made up for it with a whole new engine and a simply incredible—for a naturally-aspirated six-cylinder car with rear-wheel drive—Nürburgring lap time of 7:20. To put that achievement into perspective, the new GT3 RS is on pace with Chevrolet’s supercharged ZR1 based on the C6 Corvette and quicker than the previous 911 GT2 RS and Carrera GT supercar.

As expected, the new engine is a 4.0-liter flat-six whose output registers at 500 horsepower and 338 pound-feet of torque. The engine, which will eventually be utilized for other 911 variants, most likely with turbochargers added on, rockets the new GT3 RS from 0-60 mph in just 3.1 seconds, sees it pass 124 mph in 10.9 seconds and eventually top out at more than 200 mph. The quarter mile time is a brief 11.2 seconds.

Helping aid that acceleration is a revised seven-speed PDK dual-clutch transmission and lighter weight. The transmission is said to feature ‘paddle neutral’ declutching and a speed limiter used when entering the pits. The natural home of the GT3 RS, after all, is the race track.

Drive is to the rear wheels only but to aid handling there is a fully variable locking differential benefiting from torque vectoring; the same four-wheel-steering system found on the 911 GT3 and other high-end 911 variants; and the widest tires fitted to any 911 variant. Yes, the car’s track is wider than on the standard GT3, which according to Porsche delivers "even better roll stability" and "even more agile turn-in characteristics.”

The curb weight of the GT3 RS is 3,130 pounds, which is approximately 22 pounds lighter than the already lithe GT3. To get the weight down, the engineers utilized more aluminum for parts of the body and added a magnesium roof to help lower the center of gravity. They also used carbon fiber-reinforced plastic for the engine cover and trunk lid.

On the outside, the GT3 RS is easily recognizable by its huge rear wing, ducktail spoiler, ridge lines running the length of the car, and new vents in the front fenders. The latter is said to boost downforce as well as aid airflow around the brakes. Inside, the car picks up the carbon fiber seats of the 918 Spyder and fitted as standard is Porsche’s Club Sport Package, which includes a roll cage, a six-point safety harness for the driver, a fire extinguisher and preparation for a battery master switch.

Also sharing Porsche's stand in Geneva this week is the all-new Cayman GT4. You can see what else is present at the Geneva Motor Show by visiting our dedicated hub.