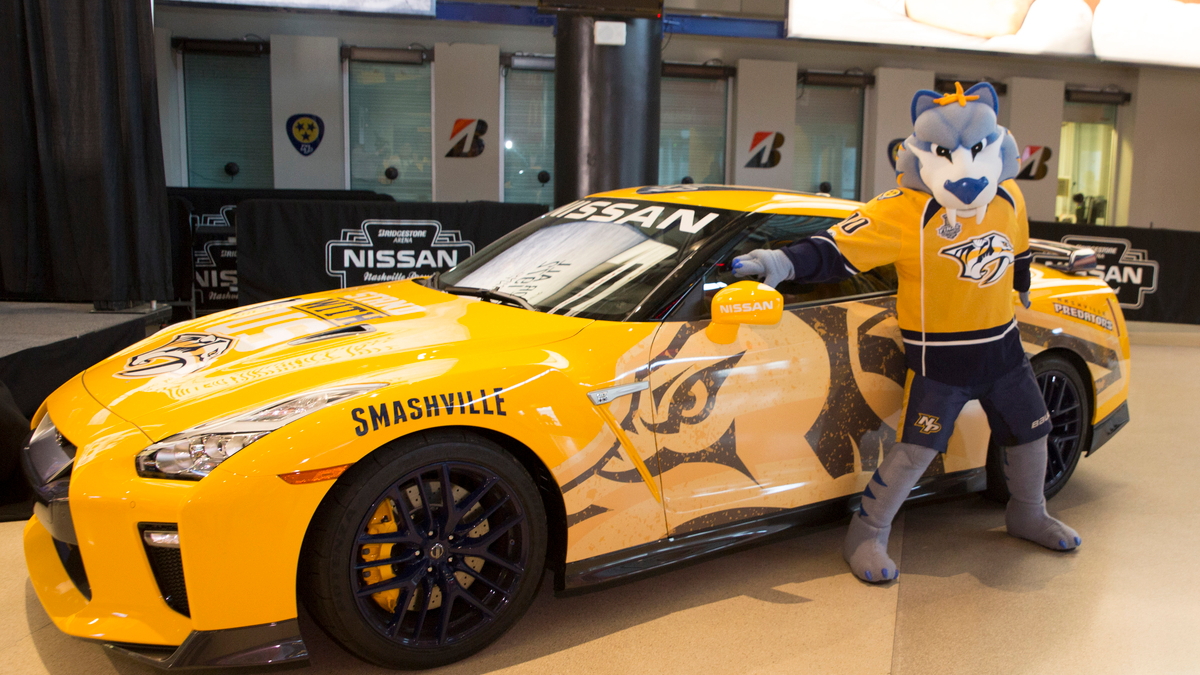 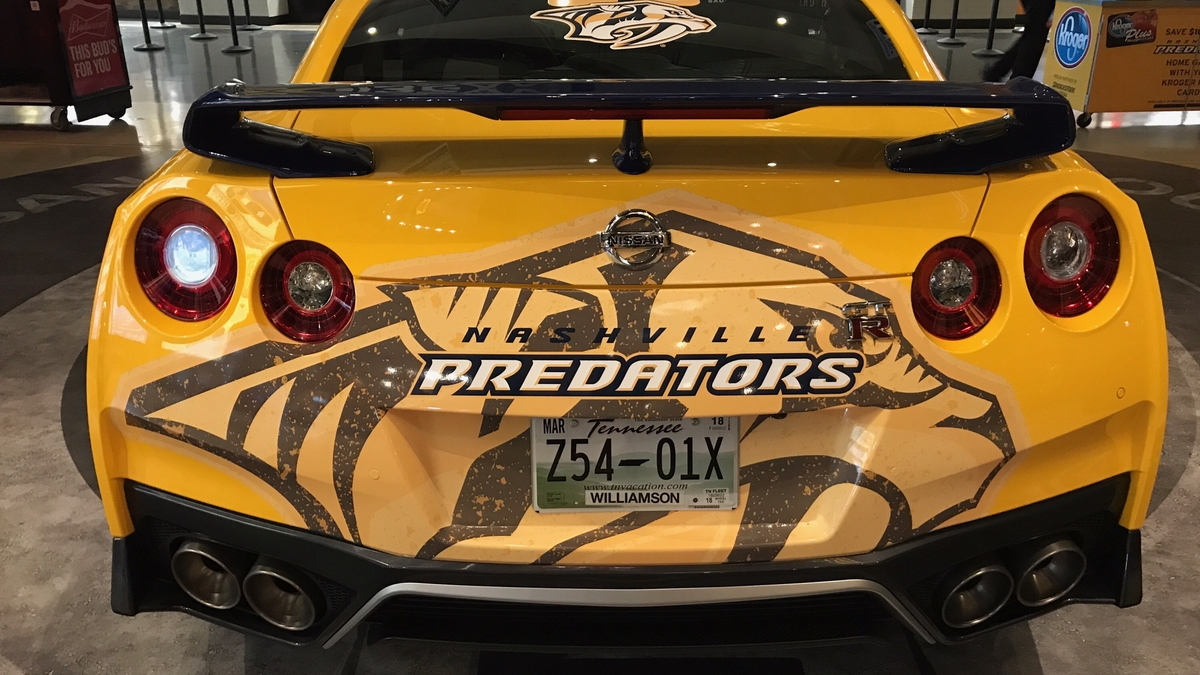 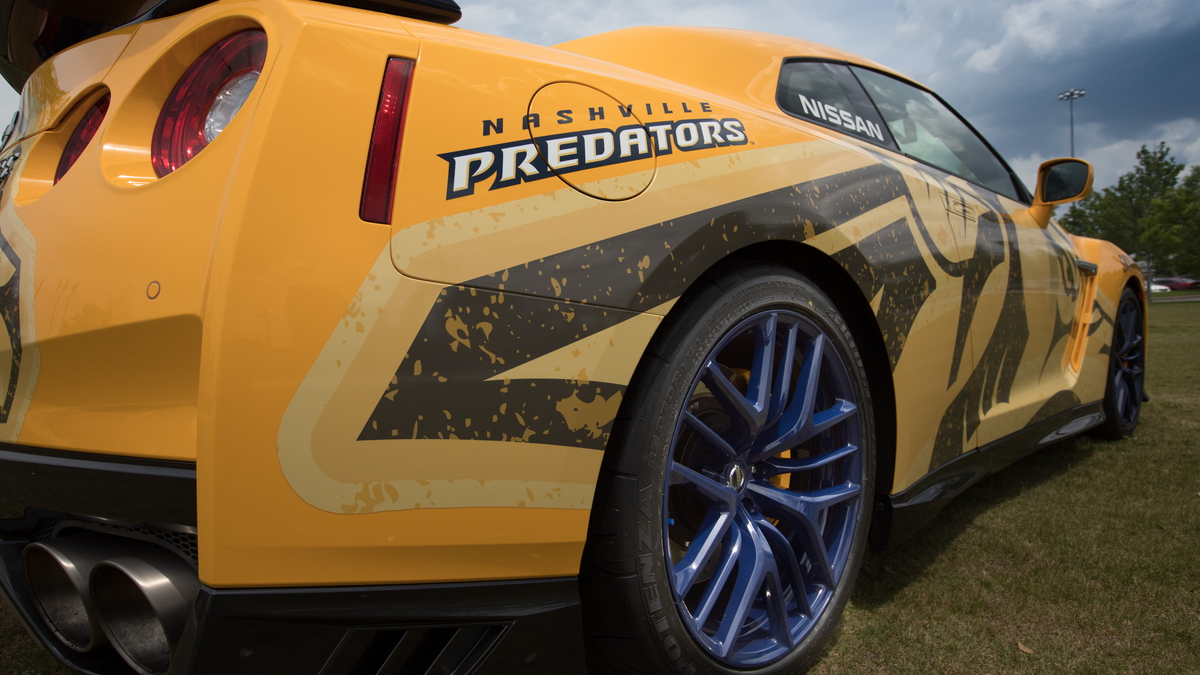 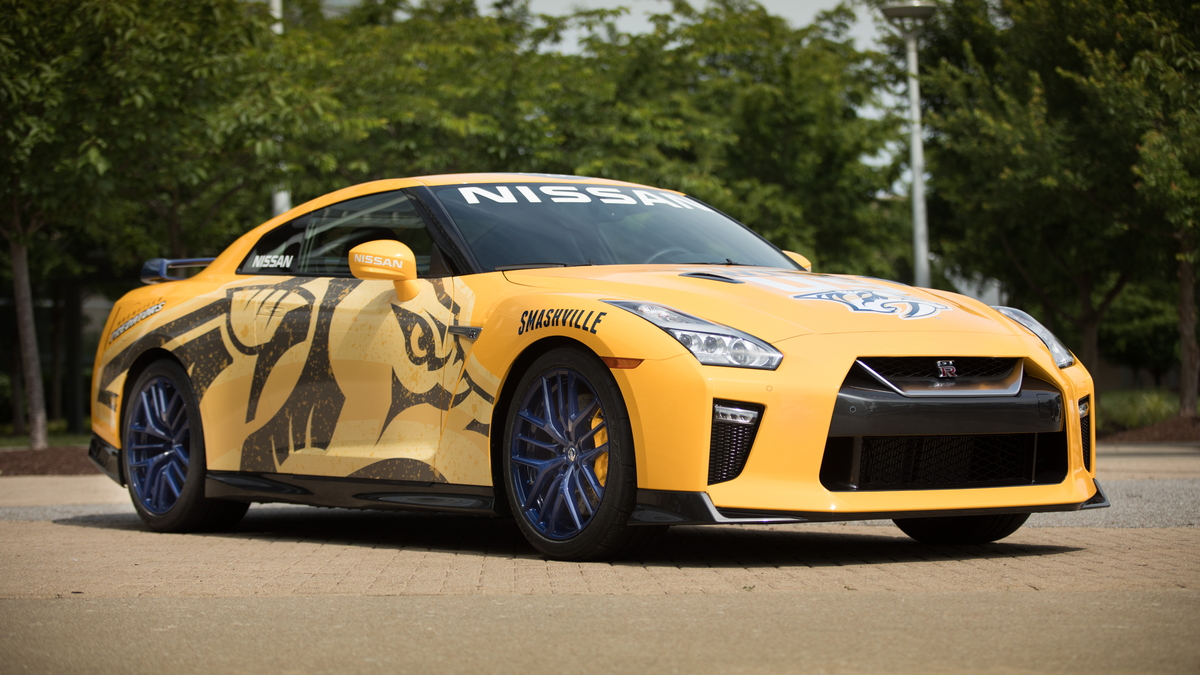 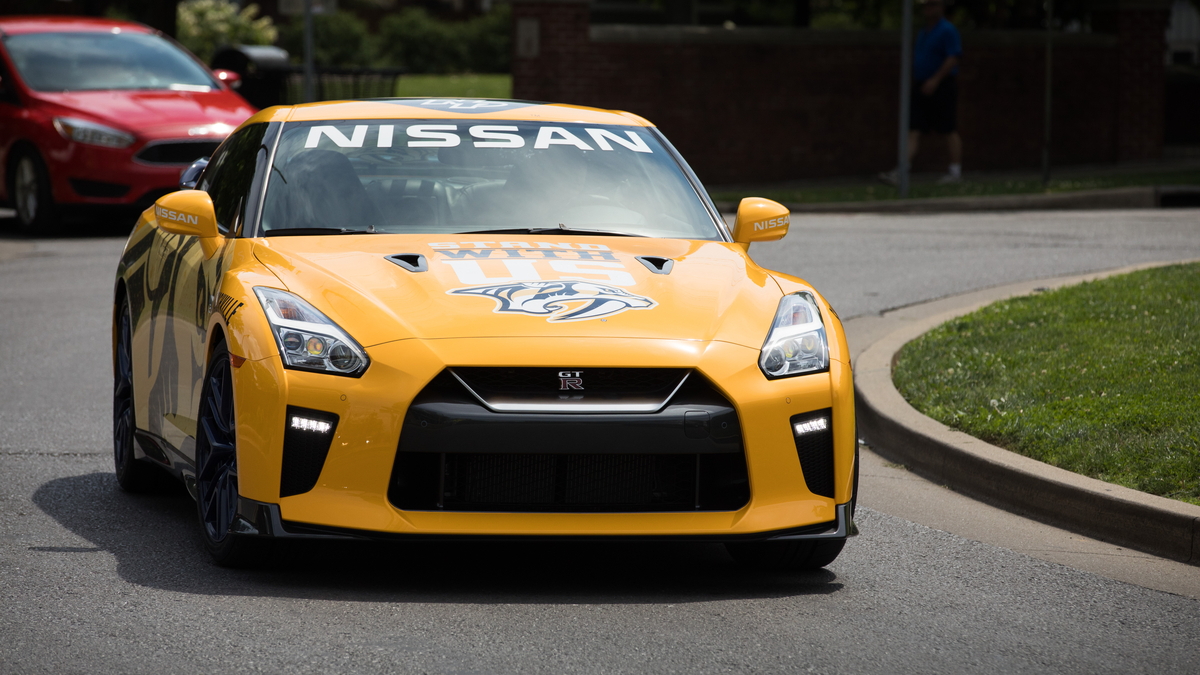 Hockey season is coming to a close, but not before either the Pittsburgh Penguins or Nashville Predators become Stanley Cup champions. Nissan, in an effort to show its home team some support—Nissan's North American operations are headquartered in Nashville—crafted what you see here: Predzilla.

Predzilla is a one-off Nissan GT-R outfitted in official Nashville Predatory colors and graphics, and it's looking mighty fine in its deep yellow hue. In addition to giving Godzilla the Predators treatment to show support, Nissan also announced it will be the main attraction at the Predators Foundation fundraising auction.

The car's auction is currently live and includes two 2017-2018 season tickets for the Nashville Predators. Only the most hardcore hockey fans need apply.

The Predzilla GT-R is based on a Premium variant and obviously includes the famed, hand-assembled 3.8-liter twin-turbo V-6 engine. This GT-R would typically sticker for $109,990, but Nissan and the Nashville Predators Foundation are hoping to bring in more for a good cause.

The Nashville Predators Foundation awards hundreds of thousands of dollars to charities across the community. Recently, $500,000 in grants were awarded to 129 different community service organizations. So, not only is a pretty great car up for grabs, but it helps local community organizations tremendously.

Bids may be submitted online through Nissan.gesture.com or by texting "Nissan" to 52182. May the best Predators fan win.