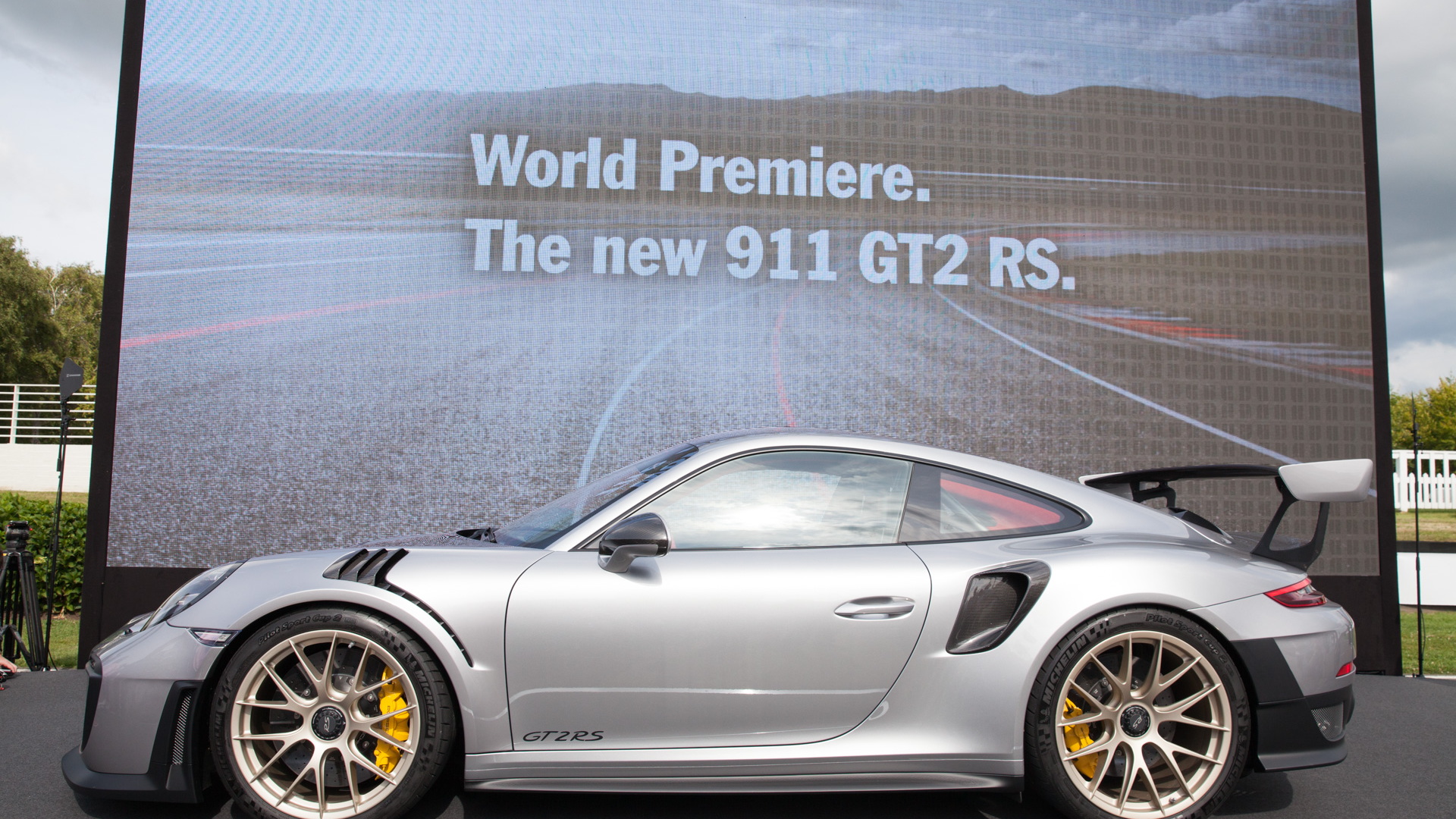 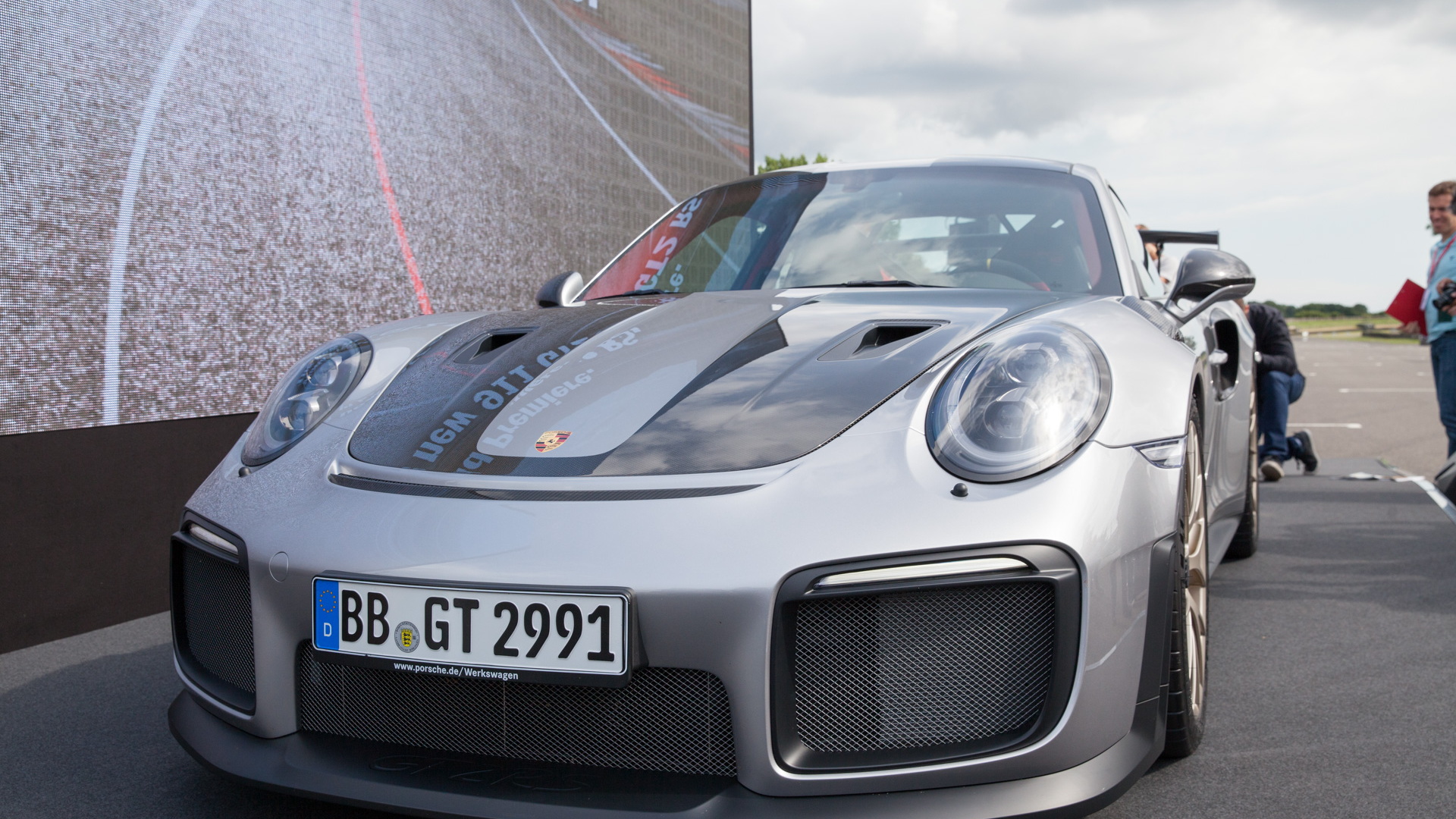 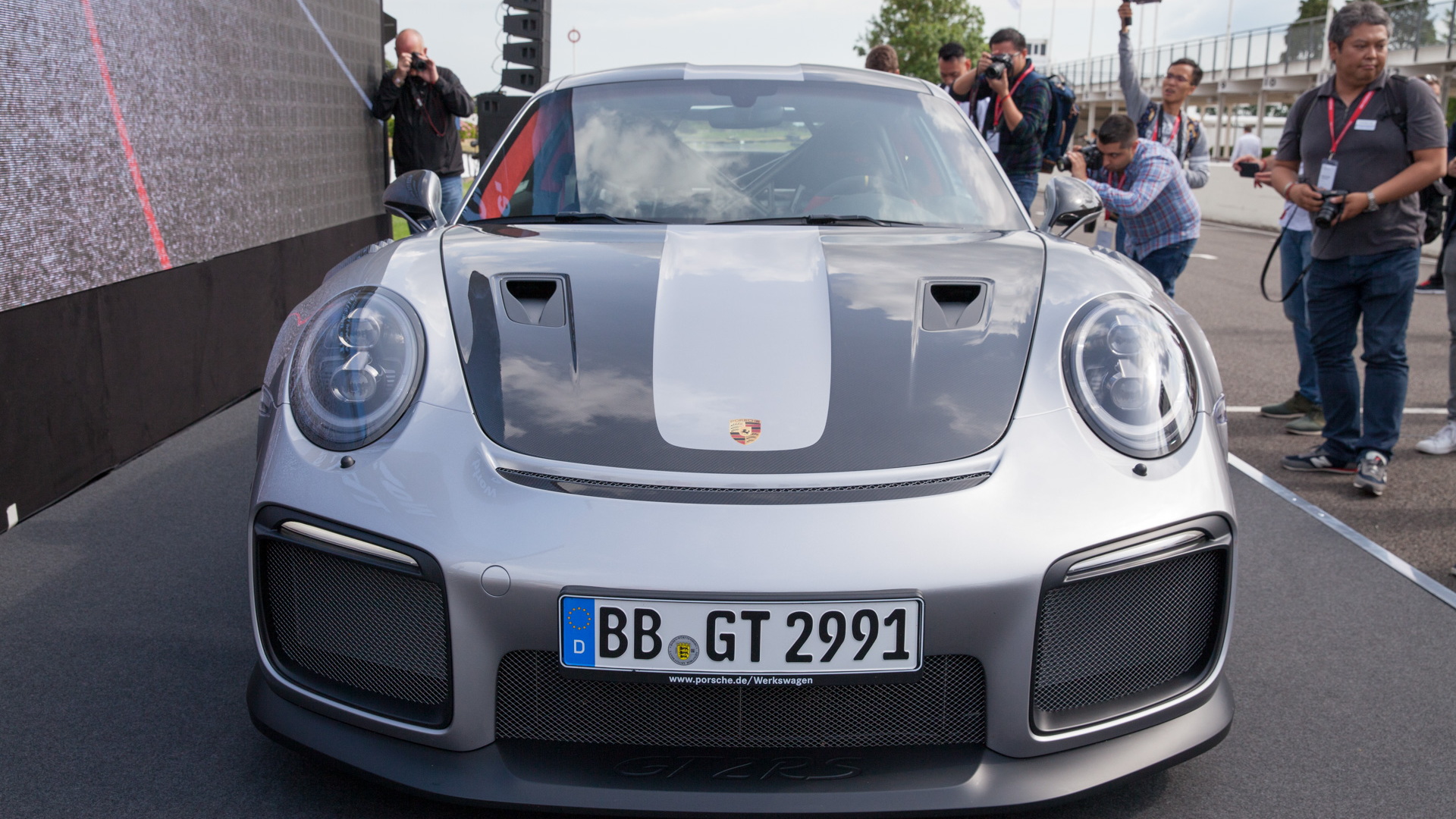 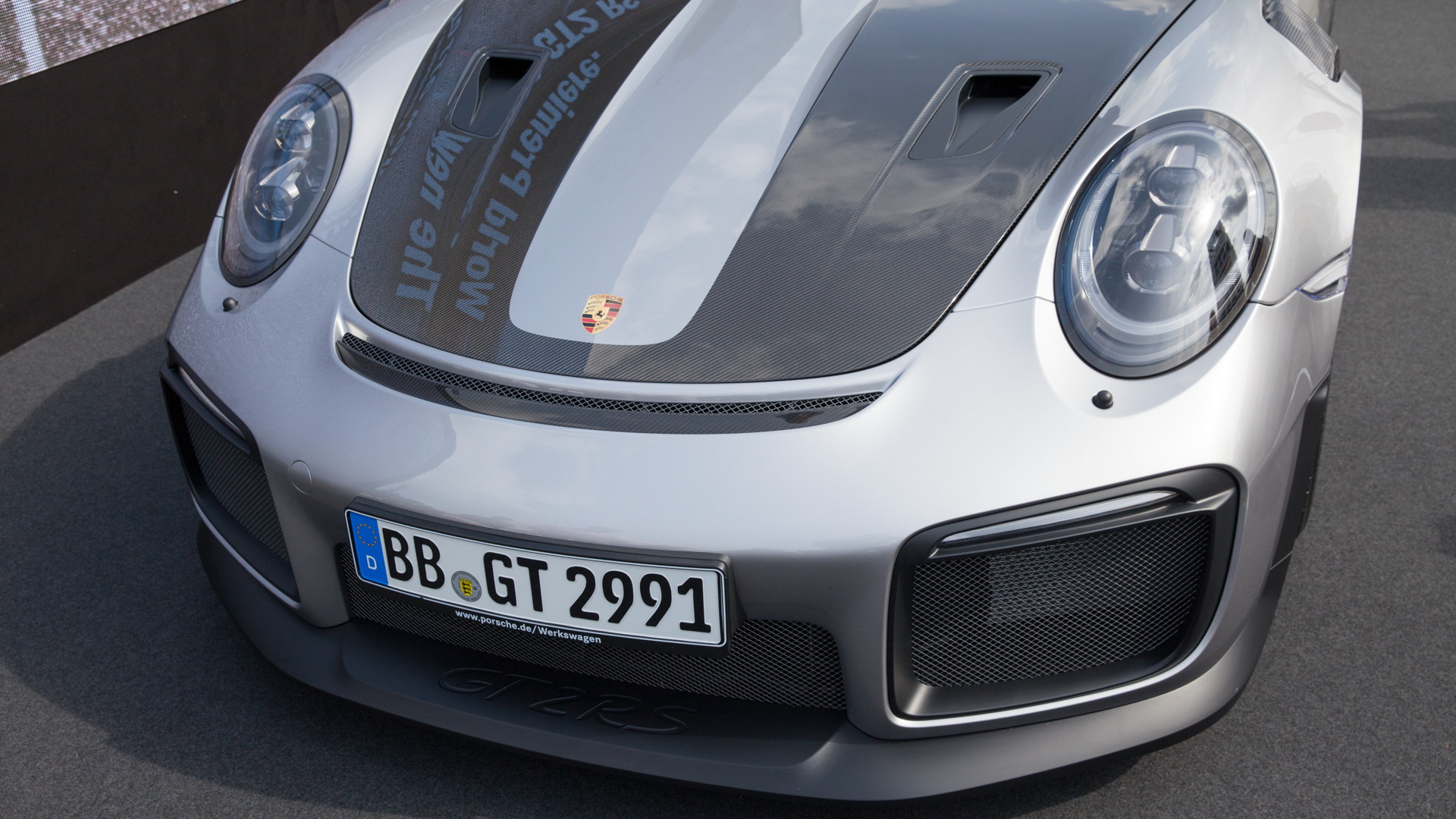 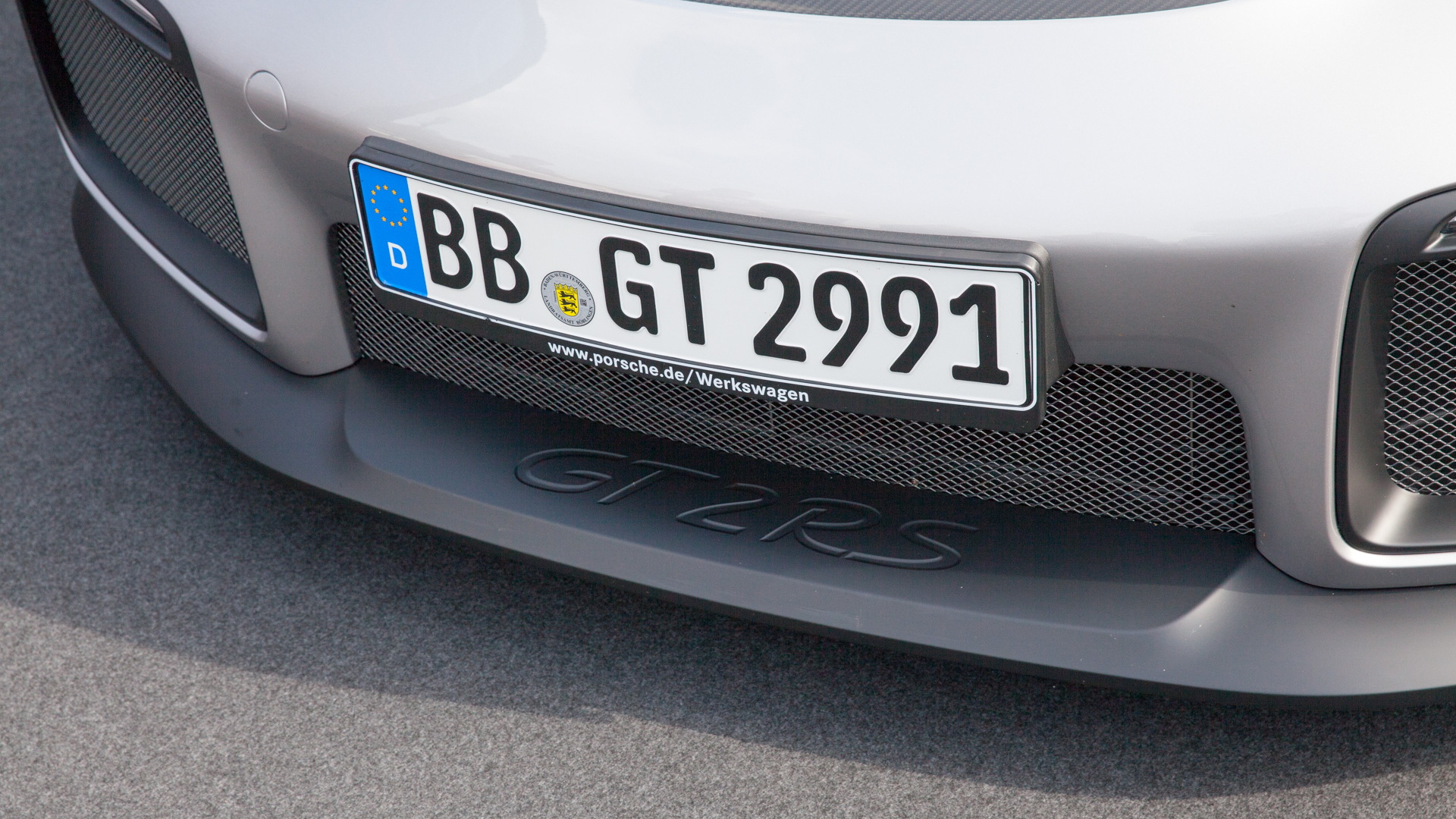 Porsche just took the wraps off its most powerful 911 street car thus far at the 2017 Goodwood Festival of Speed.

The 2018 Porsche 911 GT2 RS makes 700 horsepower and 553 pound-feet of torque from its twin-turbocharged 3.8-liter flat-6, spinning through a 7-speed dual-clutch automatic and powering the rear wheels only. Porsche estimates that the GT2 RS will do the 0-60 mph dash in 2.7 seconds.

The new 911 GT2 RS owns a few other superlatives for Porsche, too.

The ultra-wide Michelin Pilot Sport Cup 2 325/30ZR21 tires are the widest gumballs ever fitted to a Porsche 911. The optional magnesium wheels are among the lightest ever produced for the sports car, and help it achieve its top speed of more than 211 mph. Its titanium exhaust is among the lightest ever made by Porsche; it cuts 15 pounds from the current Turbo S setup.

One "best" that the GT2 RS doesn't own yet: the quickest lap around the Nürburgring Nordschleife. According to GT2 Chief Engineer Andreas Preuninger, the Porsche should lap the famed circuit faster than the Lamborghini Huracán Performante's 6:52.01 former record.

"If both cars are coming straight from the dealership, I'm sure we can beat them," Preuninger said.

The GT2 RS also will offer a $31,000 Weissach package that cuts the sports car's weight by 40 pounds with carbon anti-roll bars, magnesium wheels, and a carbon-fiber trunk lid.

Most of the models are likely spoken for, but the privilege of driving one of the world's fastest cars will set you back $294,250. Porsche is taking orders now, and deliveries are set for the first quarter of 2018.