Following his retirement from racing in 2016, the Australian stayed on with Porsche as a consultant and brand ambassador. Now, he's going to have a hand in developing future road cars for the marque, similar to how rally legend Walter Röhrl started to test Porsche road cars after ending his own motorsport career.

Drive reports that Webber got his first taste of road car development with the 2018 Porsche 911 GT2 RS, a car whose predecessor was once owned by Webber.

Porsche didn't have to beg much in order for the retired racer to sign on for the project either. Webber said his involvement is a "natural fit" following his racing career. Notably, he won the 2015 World Endurance Championship as a Porsche driver. 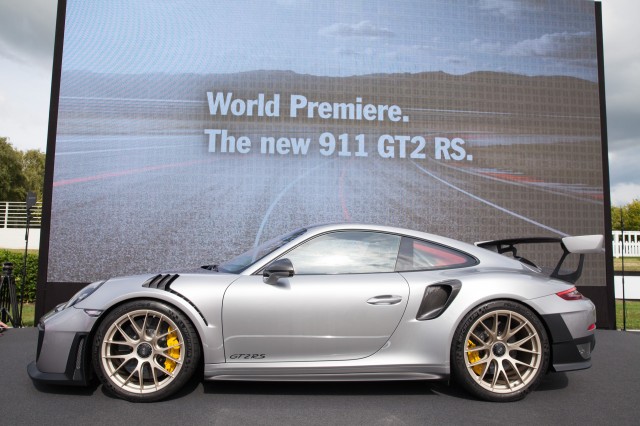 "It was fun, really enjoyable and very different to racing," Webber said of his experience working on the GT2 RS. "We're very happy with the finished product."

Webber went on to say most of his expertise will revolve around track-focused cars from Porsche. Again, a natural fit for the champion LMP1-class driver and former Formula One driver. However, he will have other things to keep him busy outside of Porsche vehicle development.

"It's definitely not my full-time job, far from that," he said. "With Porsche, I have many opportunities to do different projects and obviously to have an interface with the road car is clearly one avenue."

The 2018 911 GT2 RS represents the most powerful road-going 911 ever built. With 700 horsepower and 553 pound-feet of torque coming from its 3.8-liter twin-turbocharged flat-6, we understand why Webber is giddy about his new role and to have his name attached to such a car.