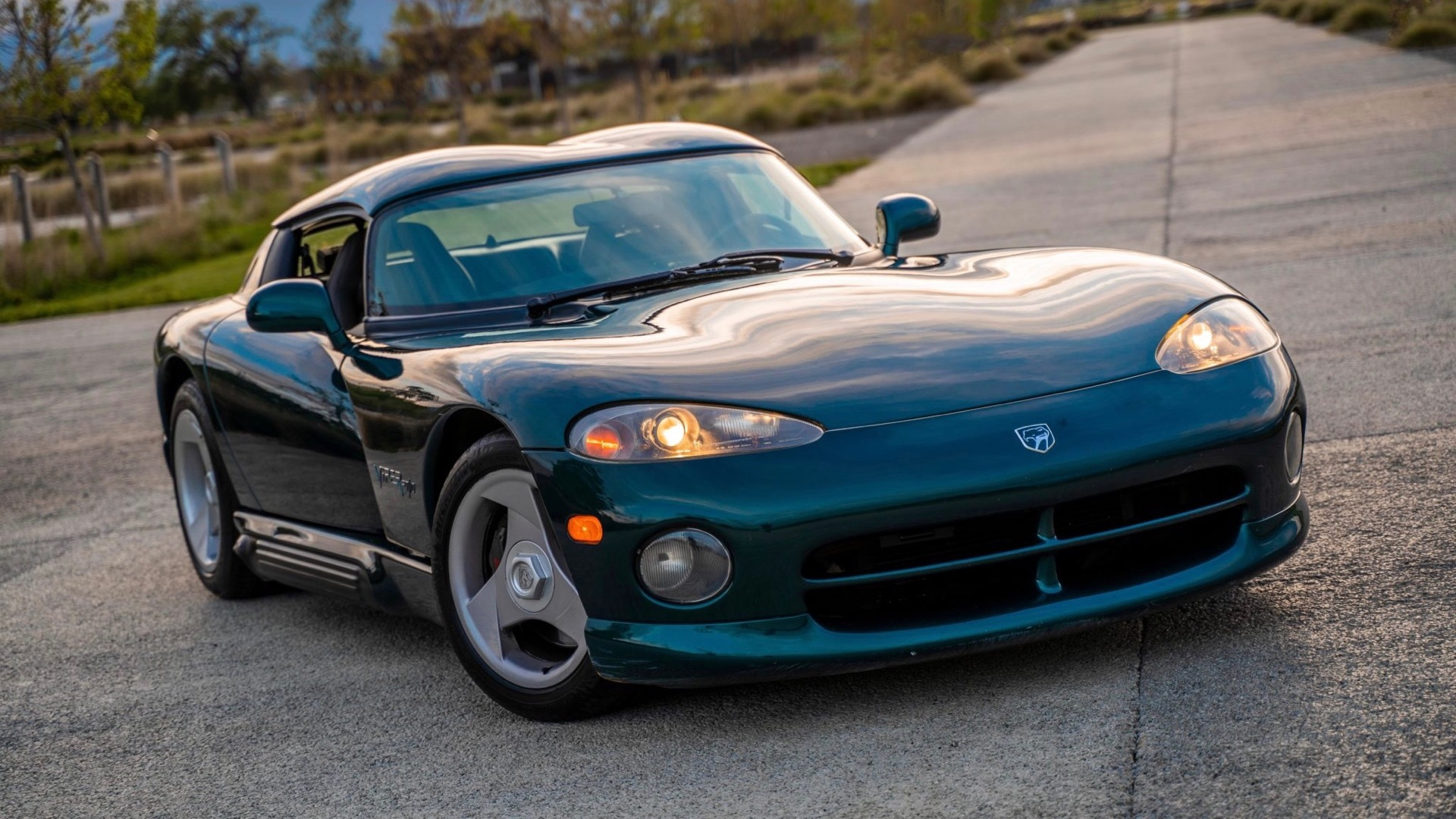 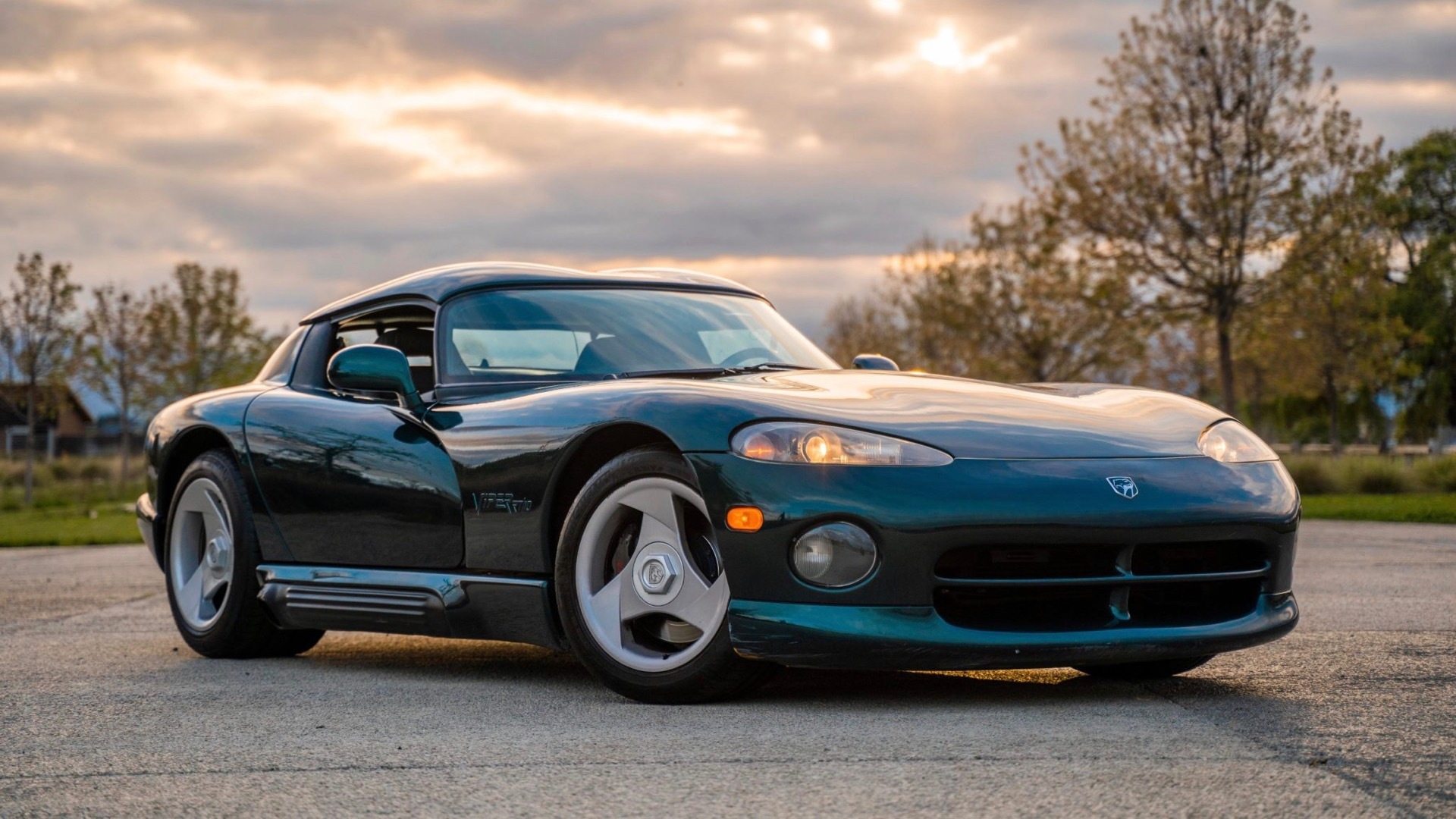 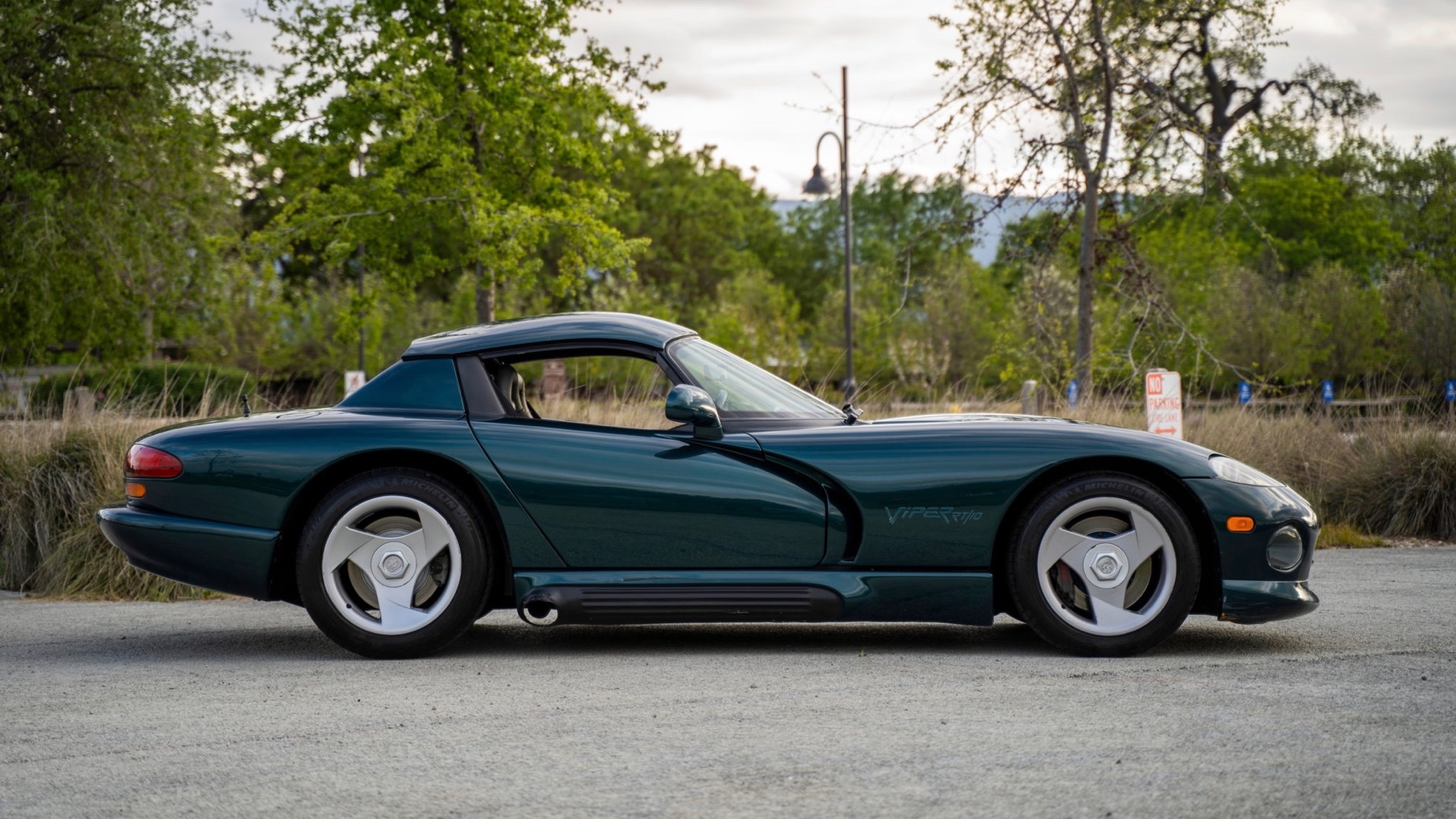 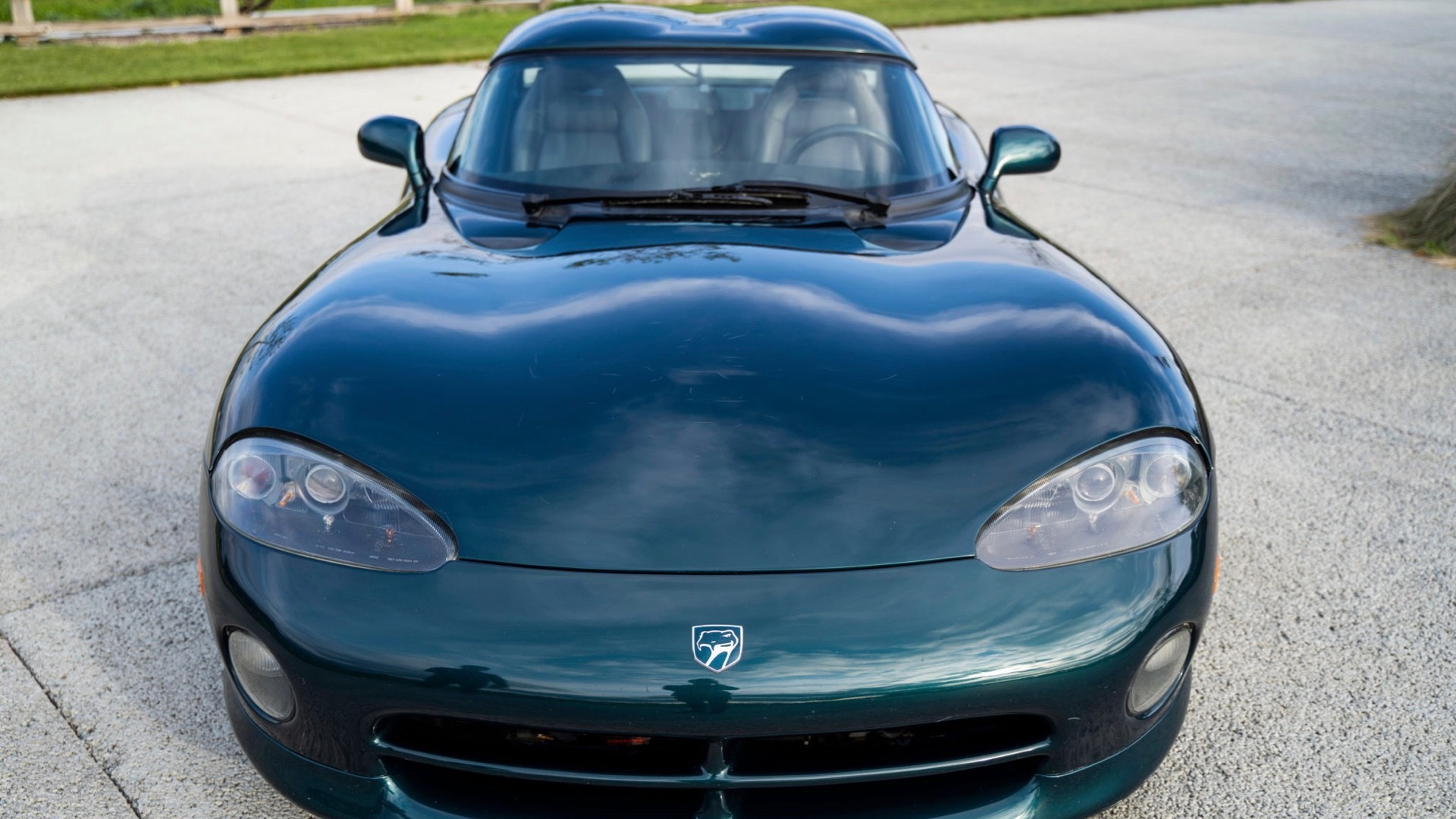 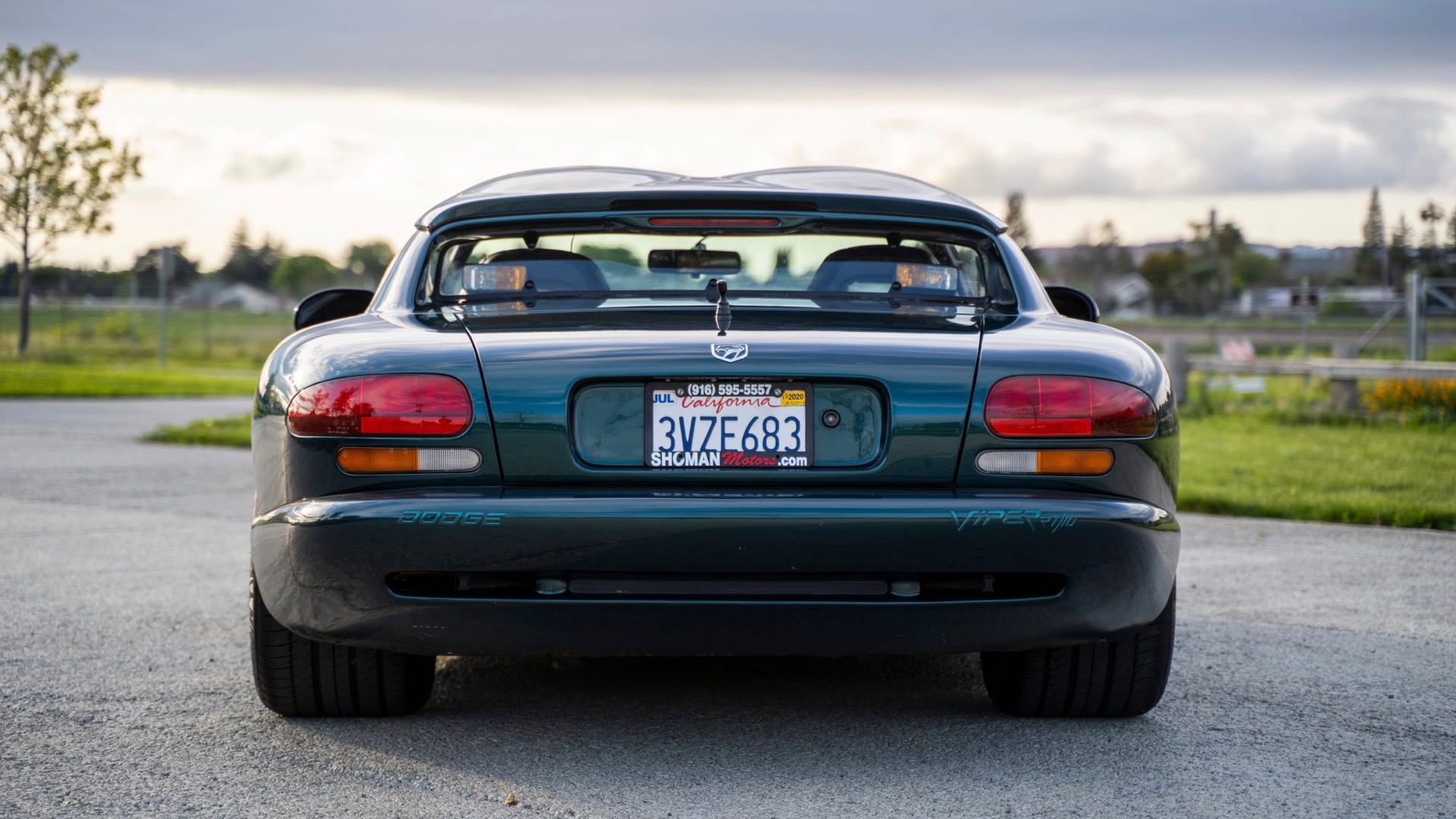 In a distant future when large gatherings are acceptable again, this 1995 Dodge Viper Hennessey Venom 550 would make a great Radwood entry.

Currently for sale on Bring a Trailer, the Viper was sent to Hennessey in 1997 for performance upgrades. The Viper was one of the first cars Hennessey focused on, but the company has since expanded to other performance cars, as well as trucks and SUVs.

The Hennessey 550 package included new cylinder heads, a performance camshaft, bigger throttle bodies, and a cold-air intake system, according to the listing. Hennessey claimed these modifications extracted 546 horsepower and 556 pound-feet of torque from the 8.0-liter V-10, up from the stock 400 hp and 465 lb-ft. It also unofficially changed the name of the car to the Dodge Viper Hennessey Venom 550.

Other modifications made at the time included a short shifter and Centerforce clutch for the 6-speed manual transmission, and an aluminum radiator. The car rides on factory 17-inch wheels with new Michelin tires, according to the listing.

This Viper also has the factory side-exit exhaust, which was discontinued after the 1995 model year, the seller noted. Weather protection comes in the form of a removable hard top and side curtains (two of each are included, according to the listing). The first-generation Viper was not known for creature comforts, after all.

Launched in 1992, the first Viper didn't even have a trunk. Its hardcore nature won many fans but also limited the car's appeal. Later generations smoothed over some of the rough edges, but that wasn't enough to keep the Viper in showrooms, and it was discontinued after the 2017 model year.

Located in Manteca, California, the car has a clean Carfax report and a clean California title. If has just over 40,000 miles on the odometer. If your interested, you have until Tuesday to place your bid.