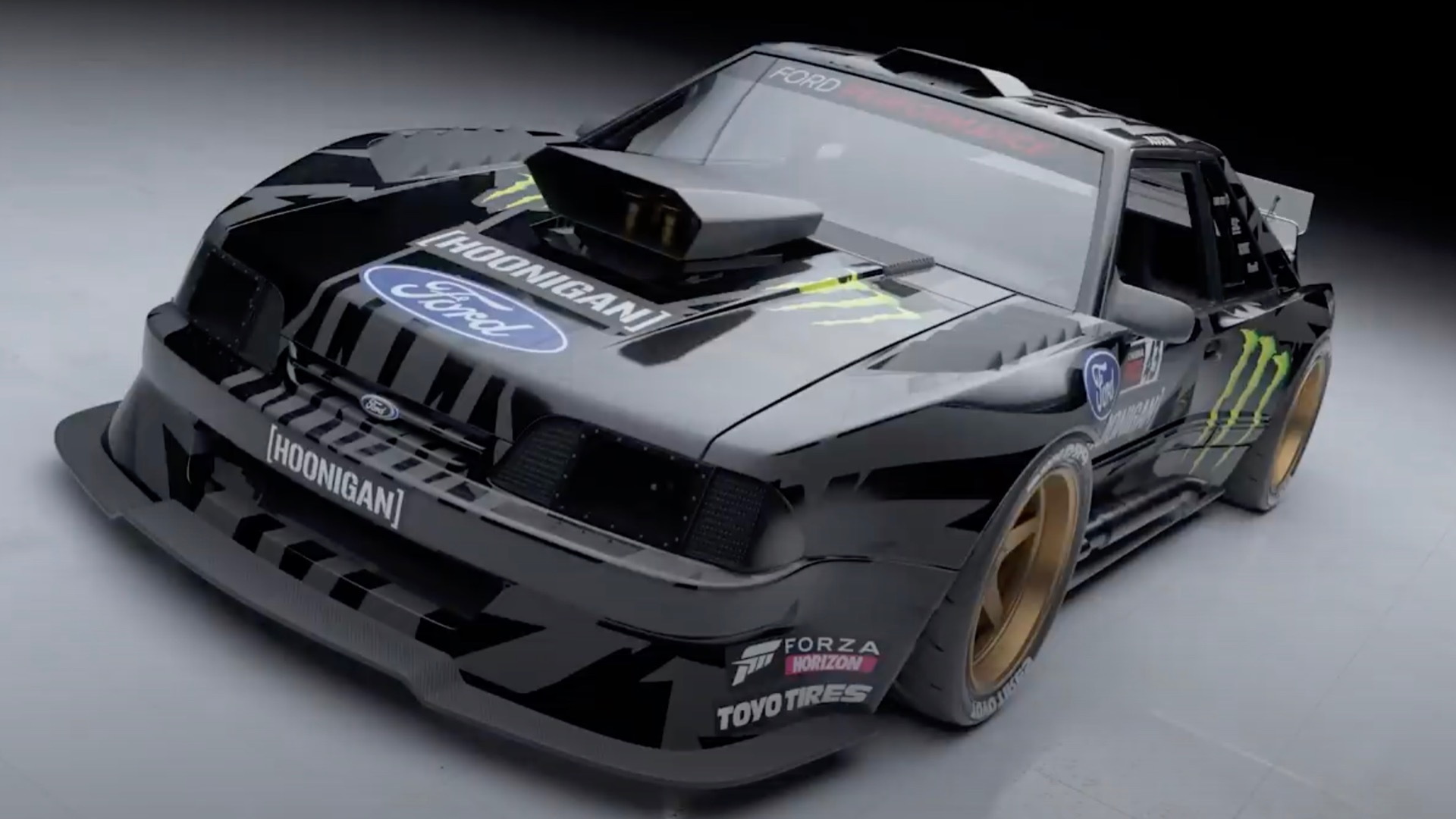 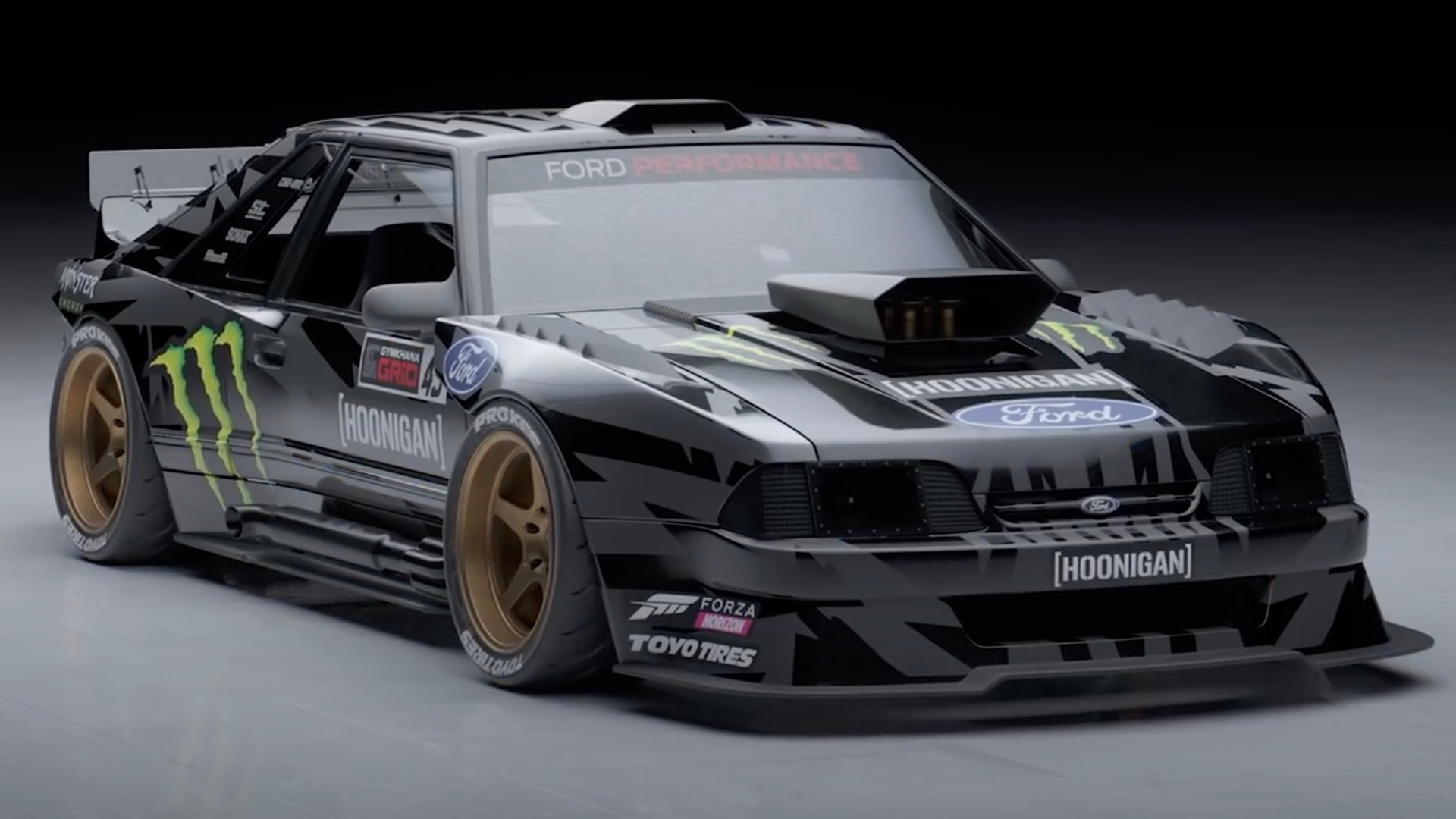 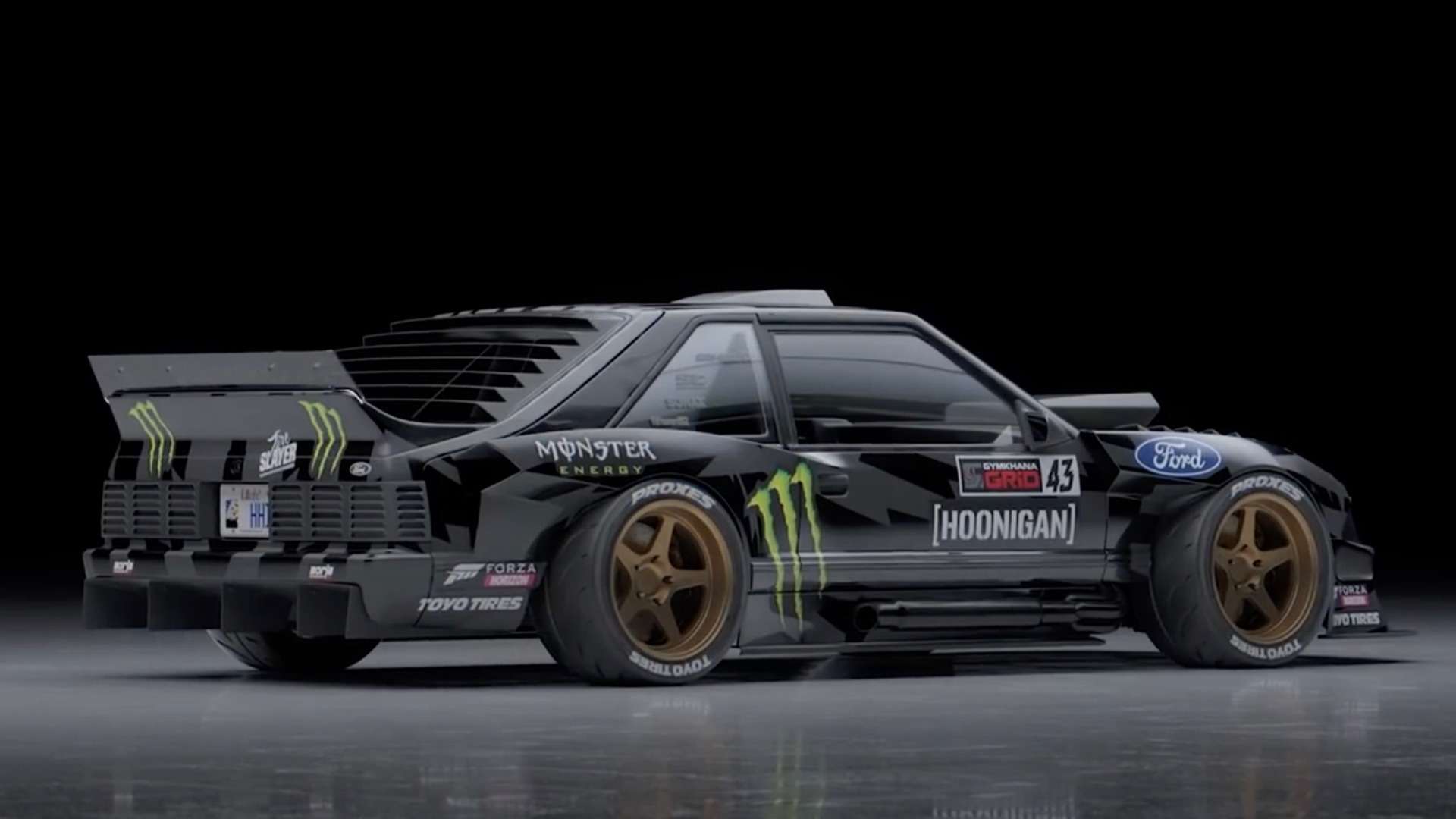 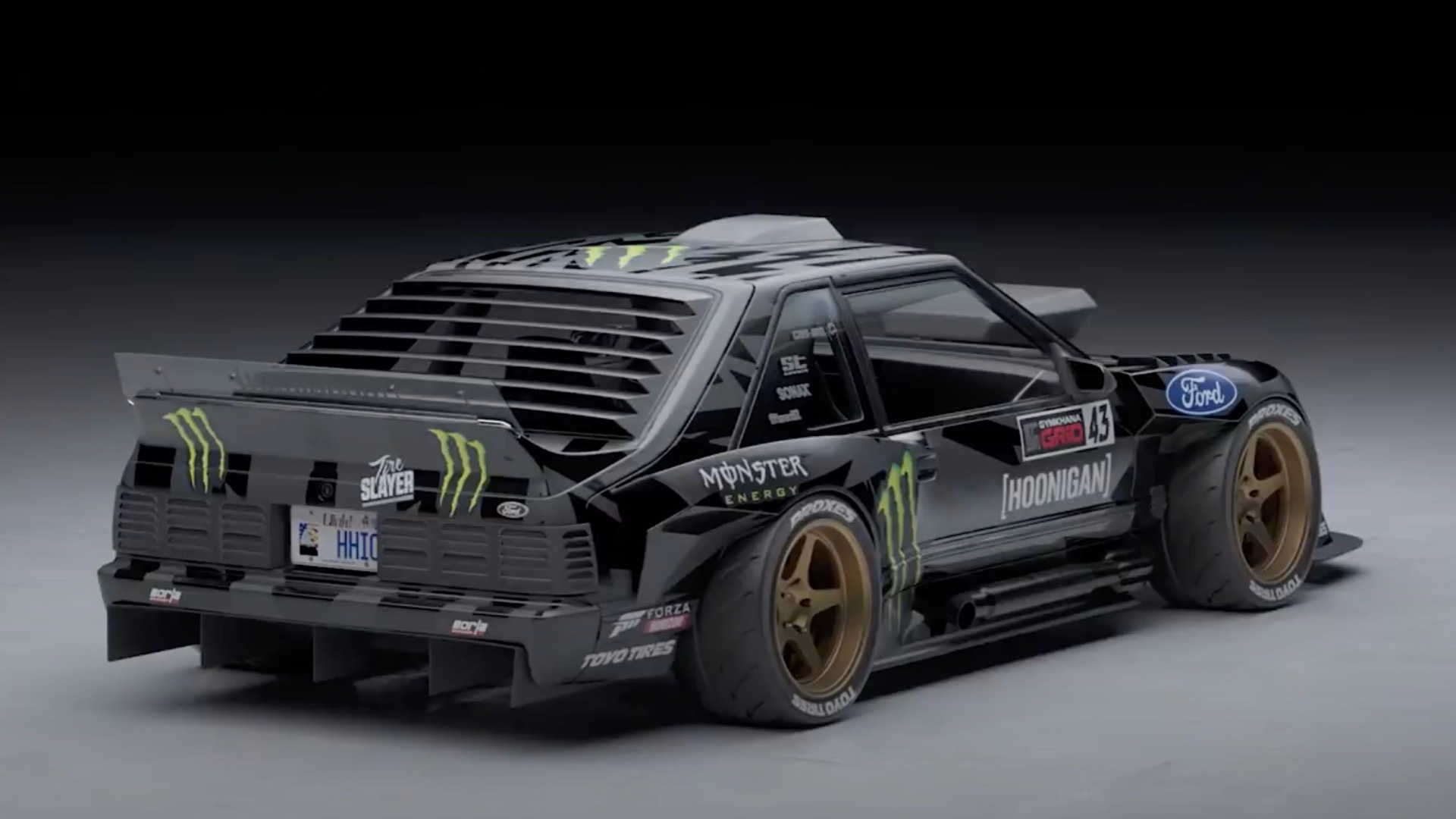 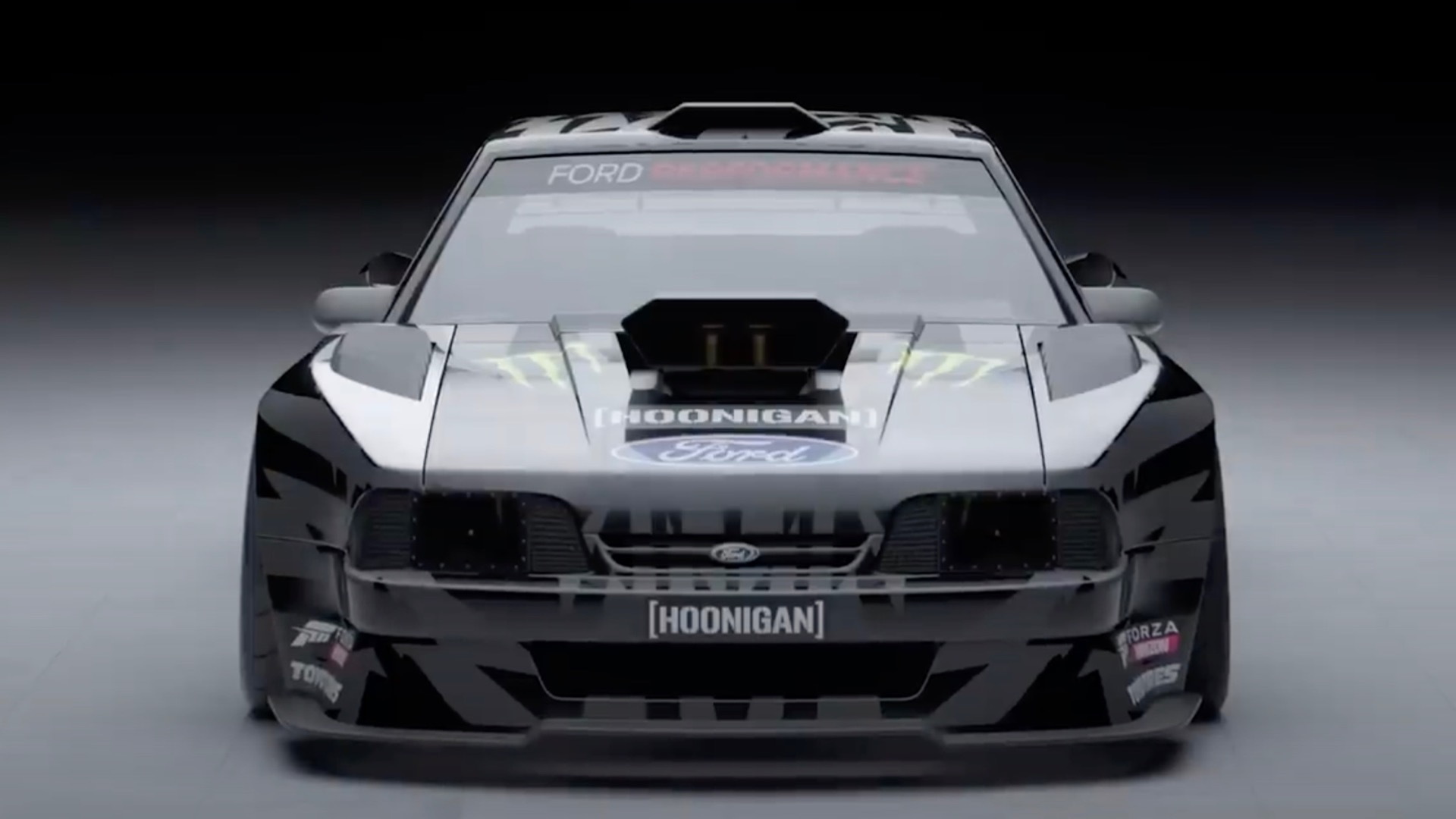 Ken Block is following up his 1,400-horsepower 1965 Ford Mustang Hoonicorn with a Mustang of more recent vintage. Block's next toy will be a Fox-body Mustang dubbed "Hoonifox."

Block teased the car with a handful of Facebook posts Wednesday, then fully revealed renderings in a video Thursday.

The Fox-body Mustang will feature a carbon-fiber widebody kit. Like Block's previous builds, appearing stock wasn't high on the list of priorities. The bodywork was penned by Ash Thorp, who also worked on the new Batmobile. Block said he wanted to combine a mechanical package similar to the Hoonicorn with the 1980s styling of the Fox body.

Under the skin, the Hoonifox will feature a "rally-spec" all-wheel drive system, according to Road & Track. The magazine reports that Block hasn't decided on a powertrain yet, but possible candidates include a Roush-Yates V-8 (like the first version of the Hoonicorn) or a 3.5-liter EcoBoost twin-turbo V-6, similar to the Hoonitruck F-150. An electric powertrain from the Mustang Mach-E is also under consideration, according to Road & Track.

Thorp created the renderings of the car, and came up with several ideas for liveries, including an all-white car inspired by "Miami Vice" (Block's original concept), the version shown above that uses the Hoonicorn's paint scheme, a murdered out all-black version, a raw carbon-fiber version, and some wildly colorful schemes from Thorp's unique mind.

While he started out rallying and hooning Subarus, Block has been associated with Ford for several years. Block's garage also houses some Ford models that might be less familiar to United States enthusiasts, including RS200 and Escort RS Cosworth rally cars.

The Hoonifox is just a set of computer renderings, but Block does plan to build it. When it's finished, expect to see the Hoonifox in an upcoming video, with lots of smoke and noise.