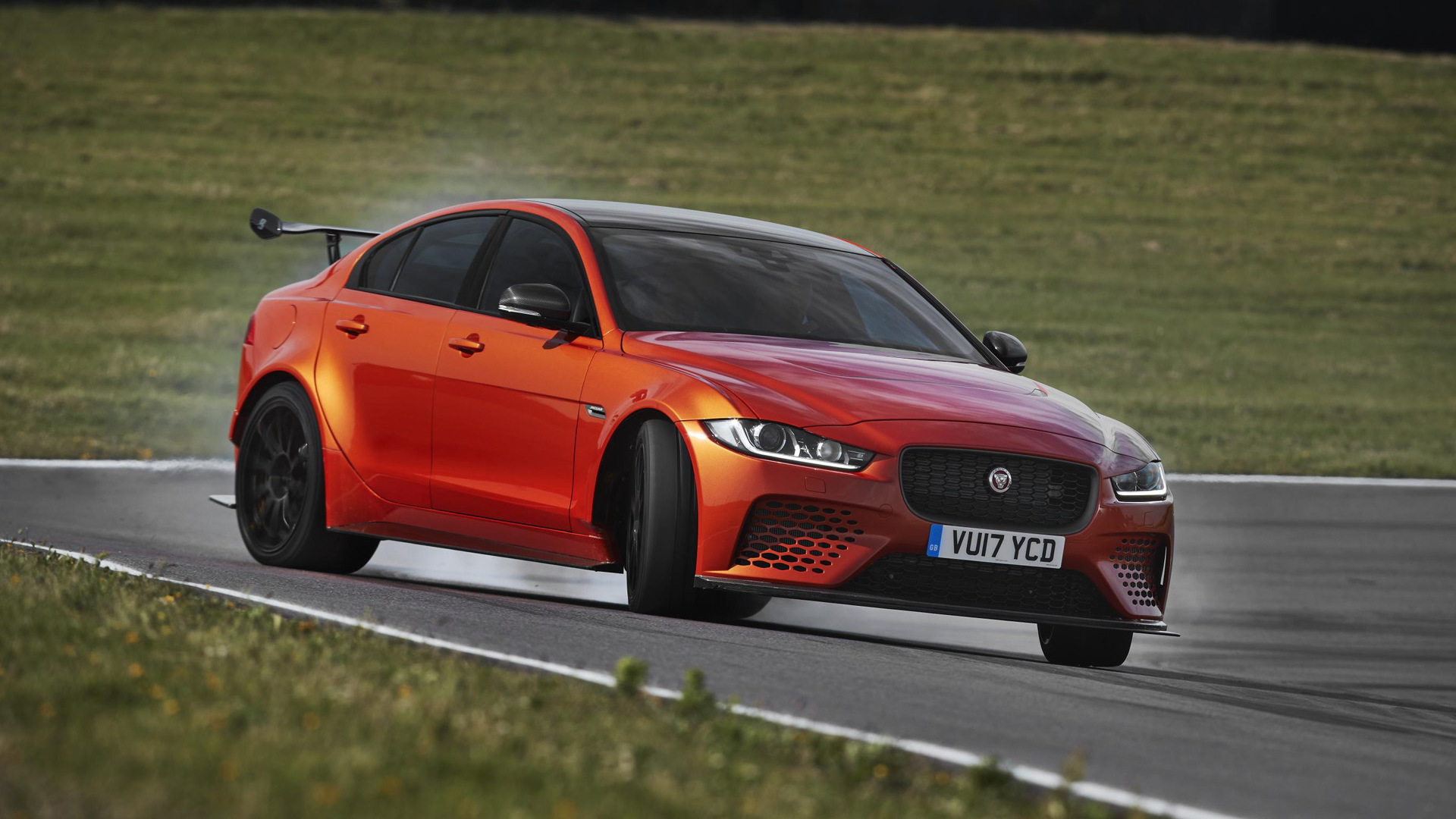 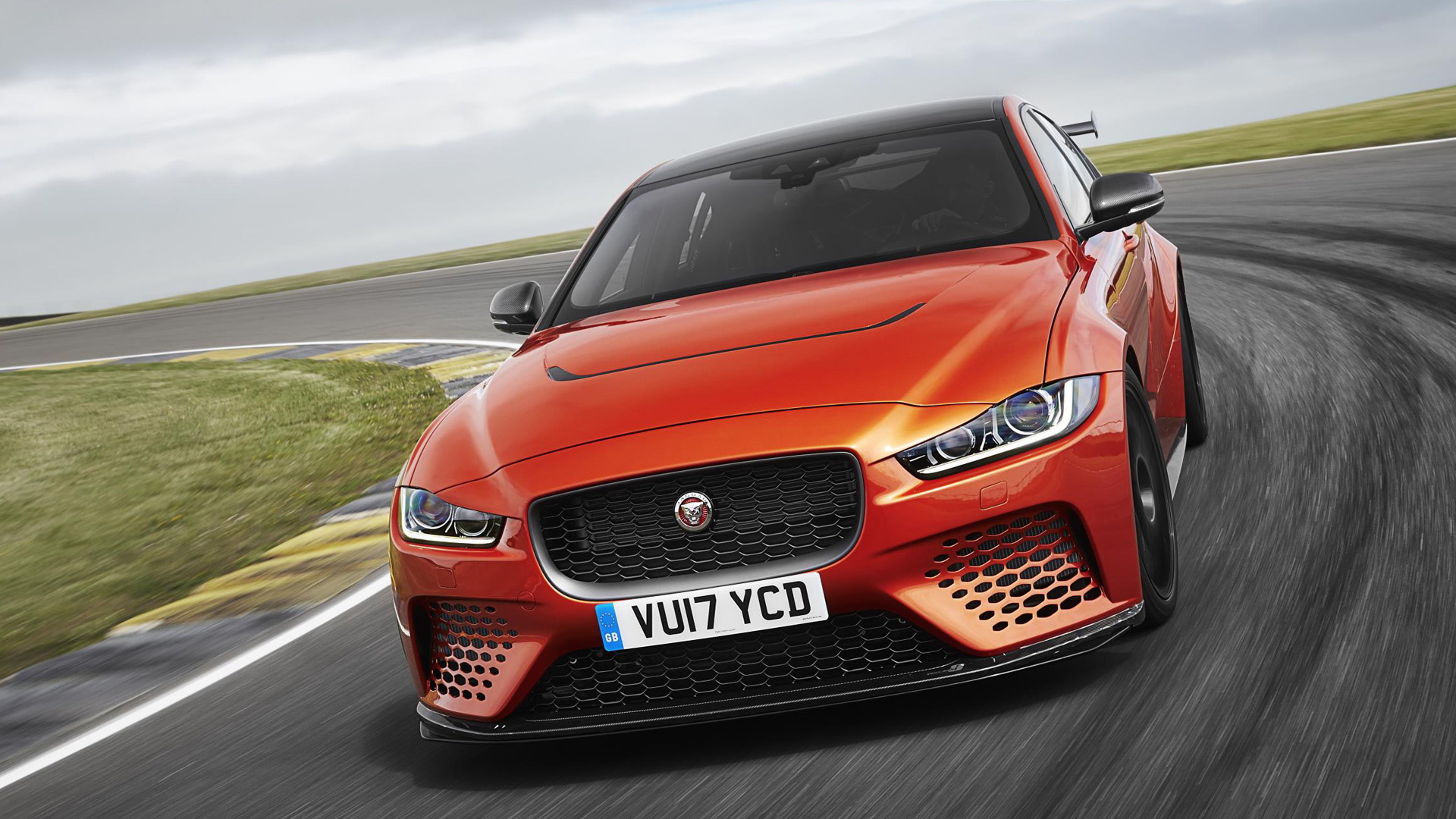 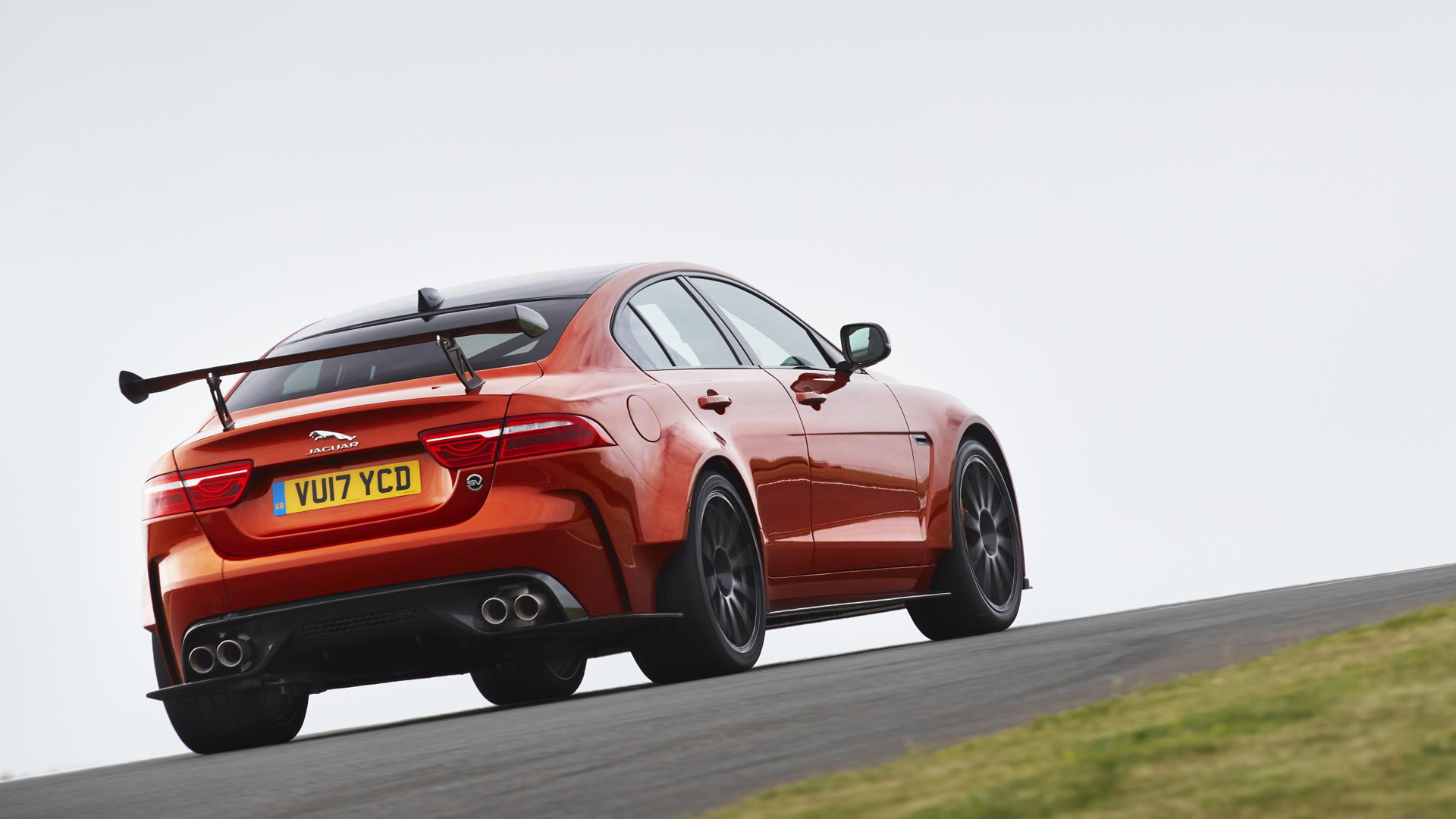 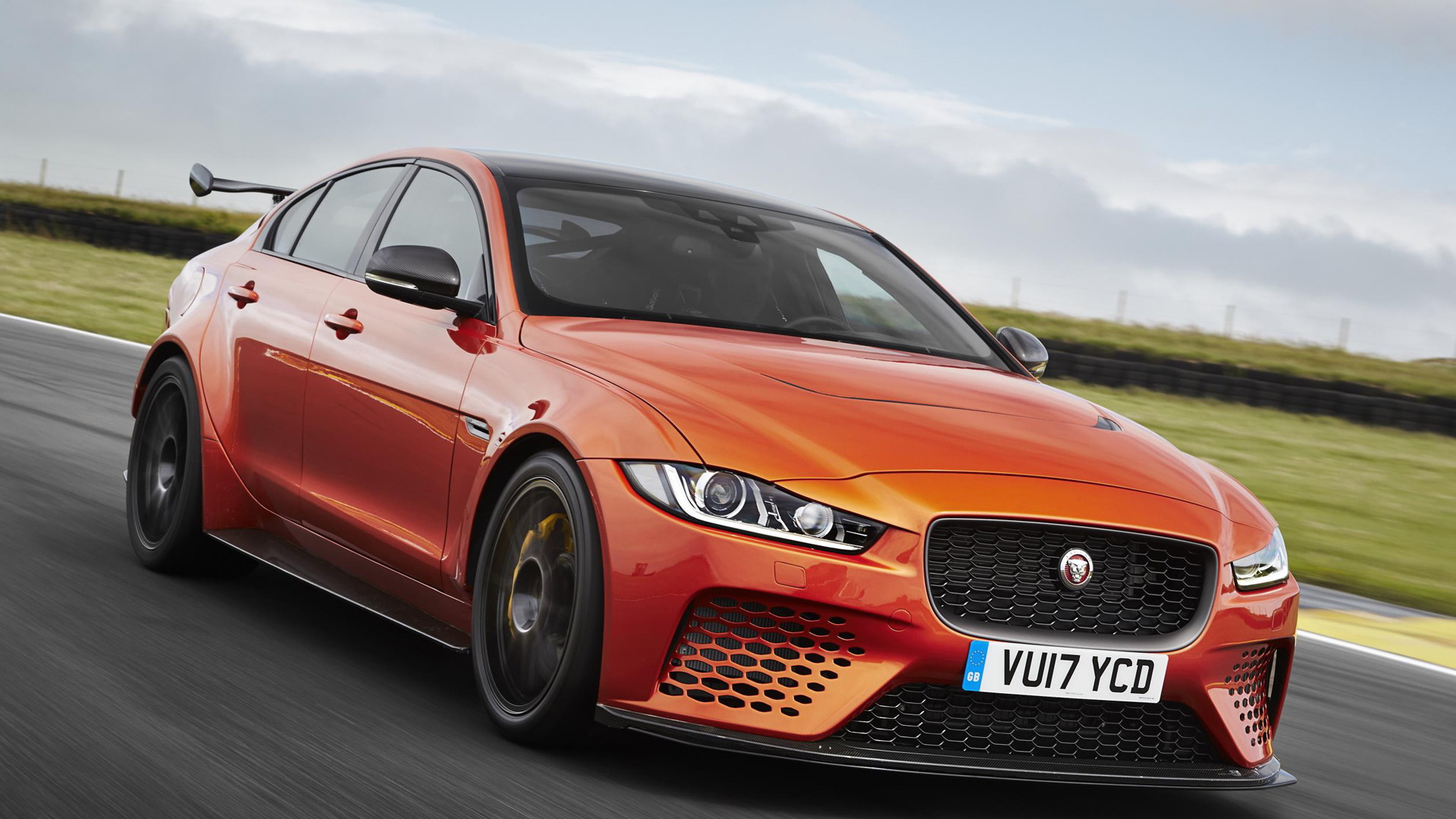 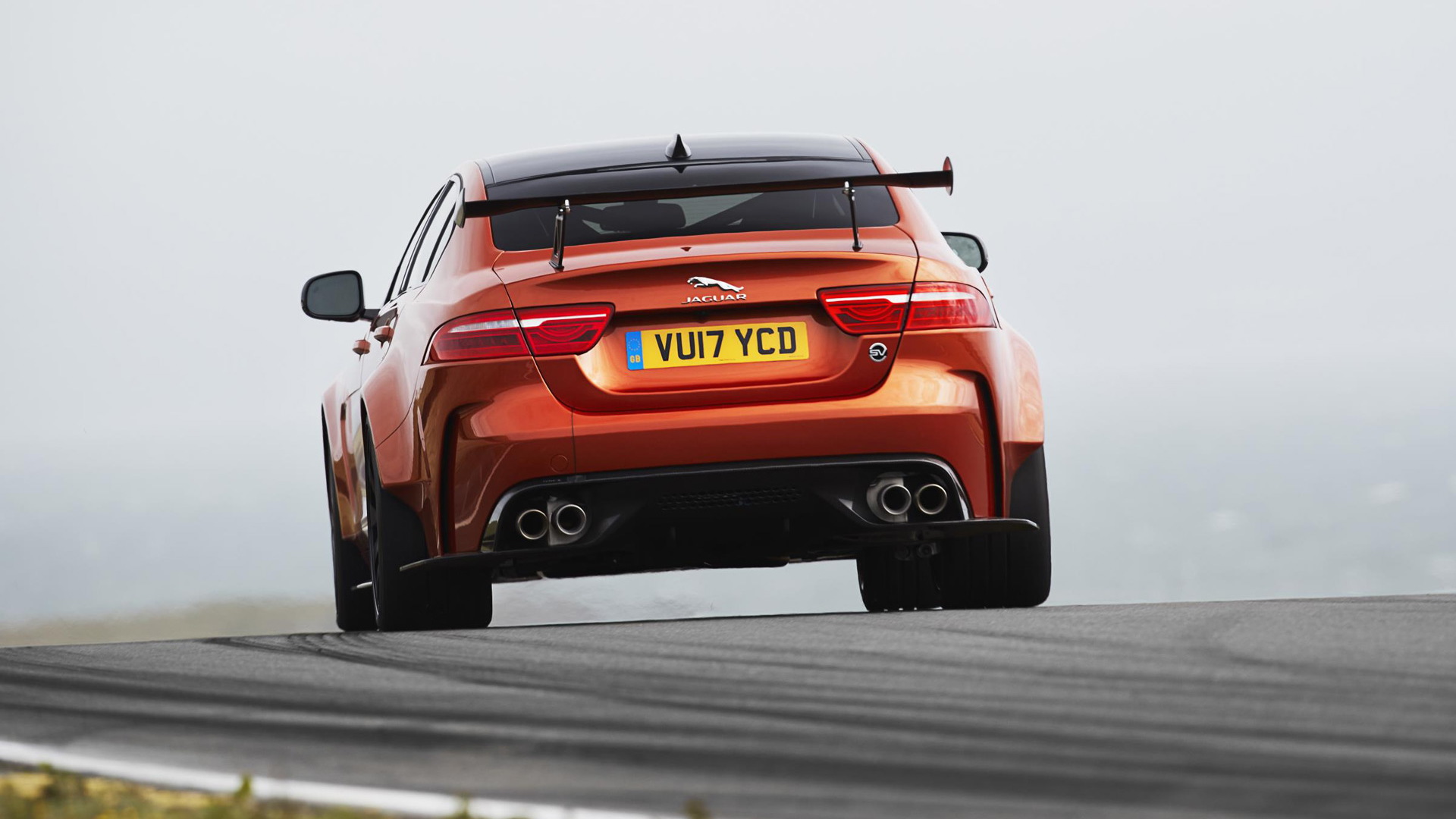 The SVO skunk works has churned out the new XE SV Project 8 just in time for the 2017 Goodwood Festival of Speed, where it makes its dynamic debut. The car is a follow-up to 2014’s F-Type Project 7 and was developed to showcase the performance capabilities of Jaguar Land Rover’s in-house tuner.

Under the hood sits the automaker’s familiar 5.0-liter supercharged V-8, tuned here to deliver 592 horsepower and 516 pound-feet of torque. This is the engine's highest tune yet and it makes the XE SV Project 8 the most powerful Jaguar road car to date. Key mods included improvements to airflow and cooling.

All of the output is channeled to an 8-speed automatic and all-wheel drive and propels the sport sedan from 0-60 mph in 3.3 seconds and a top speed of 200 mph. Special attention was paid to the transmission to improve shift quality and enhance its performance. For example, the unit is now capable of changing gears in just 200 milliseconds and non-sequentially, such as from 8th to 2nd in extreme situations.

Just 300 XE SV Project 8s will be built, a few of which will be headed to the United States. Jaguar hasn’t revealed local pricing but elsewhere the car will start at approximately $192,000. Sadly, buyers here won’t be able to opt for the car’s available track package which adds harnesses, plus a roll cage in lieu of rear seats.

Sure, the price tag is steep, but the car is almost entirely built by hand and comes with extensive changes. You’ll immediately notice the flared wheel arches which are crafted from aluminum and add 2.2 inches of width. These house 305-size tires at the rear and required that the doors be reshaped to fit the muscular body flare. Even the headlights needed to be moved and the nose of the car brought further forward. The reshaping of panels extends to parts you can’t see, too. For example, the underbody was made flat and new channels installed to aid airflow.

In addition to aluminum, carbon fiber is used to help shed weight, for example for the bumpers and vented hood. Meanwhile, the exhaust is made from titanium and the wheels are a set of 20-inch forged aluminum units. The curb weight is still on the high side, though, measuring in at close to 3,850 pounds.

For the handling, the engineers implemented an extensive range of chassis and suspension enhancements developed through an intensive test program at tracks including Nardo and the Nürburgring. One of the most complex alterations was the reinforcing of the front and rear axles, with elements borrowed from the F-Type sports car.

Front and rear anti-roll systems are fine-tuned to enhance grip and traction, while the electronic power steering system has been recalibrated with variable damping to offer easy low speed maneuverability and improved stability at speed.

Finally, the XE SV Project 8 has been fitted with height-adjustable spring platforms with motorsport-specification coil springs and aluminum-bodied adjustable dampers. The driver can select achoice of two ride heights: standard for road and 15 millimeters lower for track use.

The Goodwood Festival of Speed runs from June 29 to July 2 on the grounds of Goodwood House in the south of England. For more coverage, head to our dedicated hub.