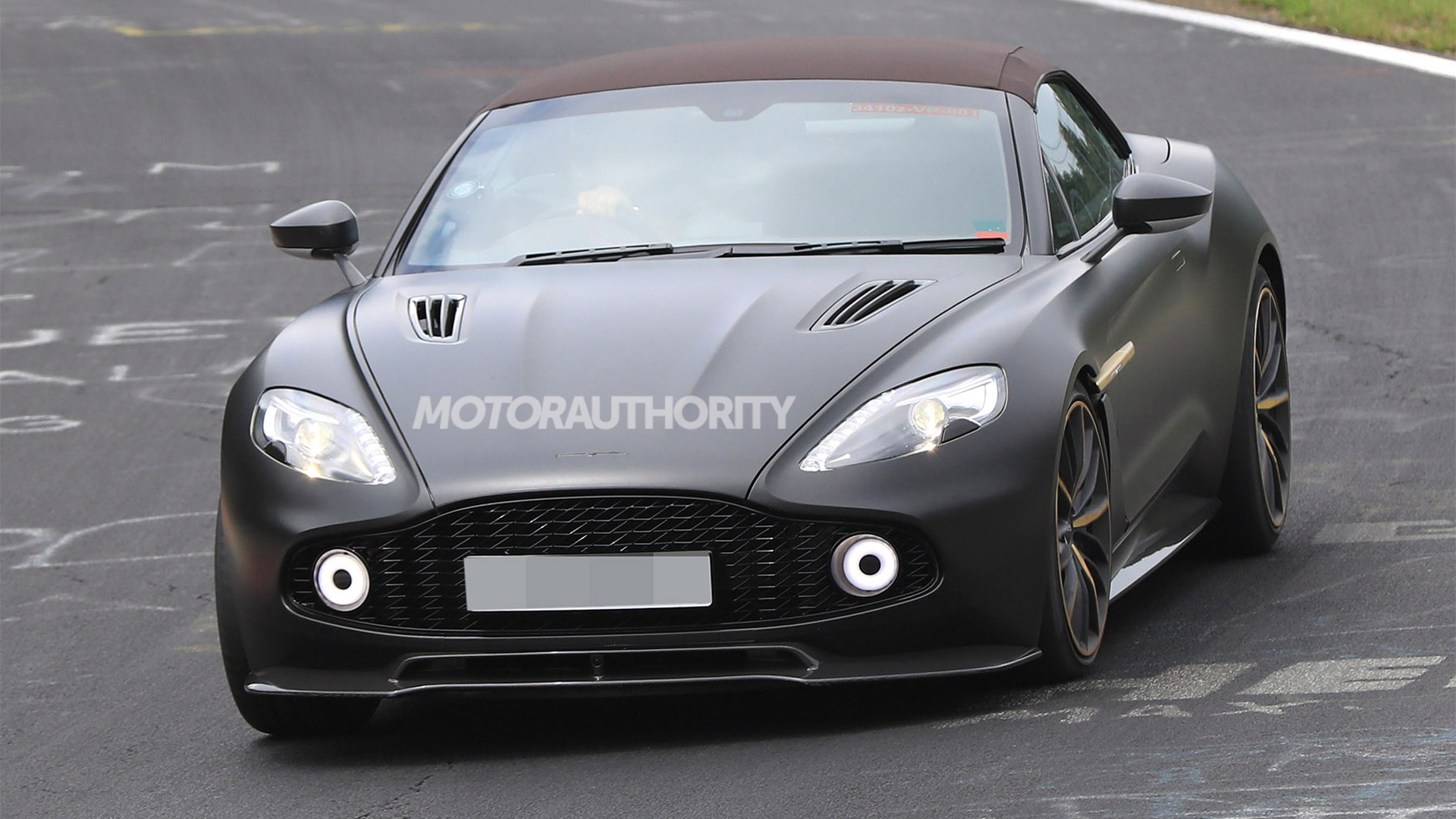 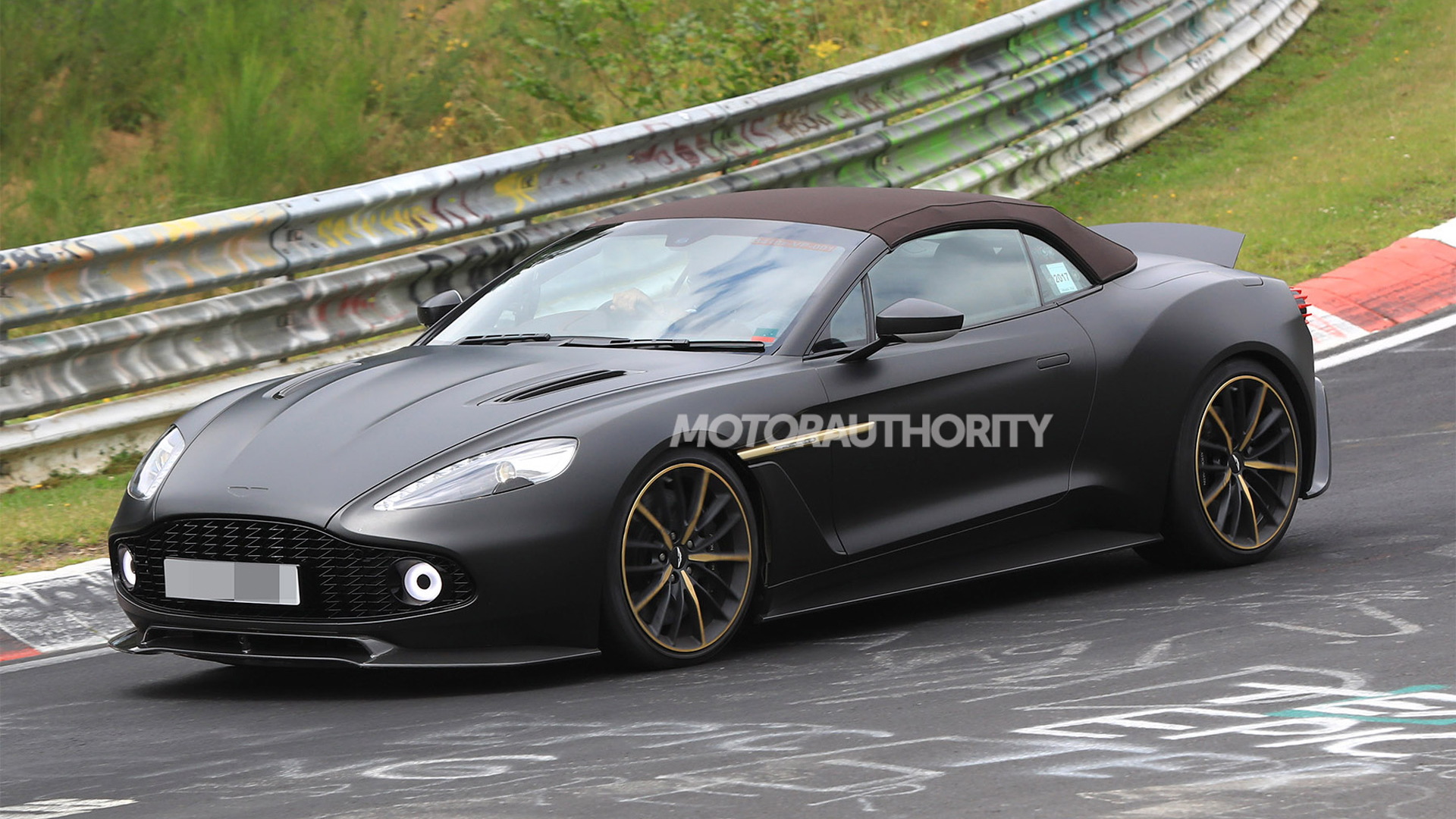 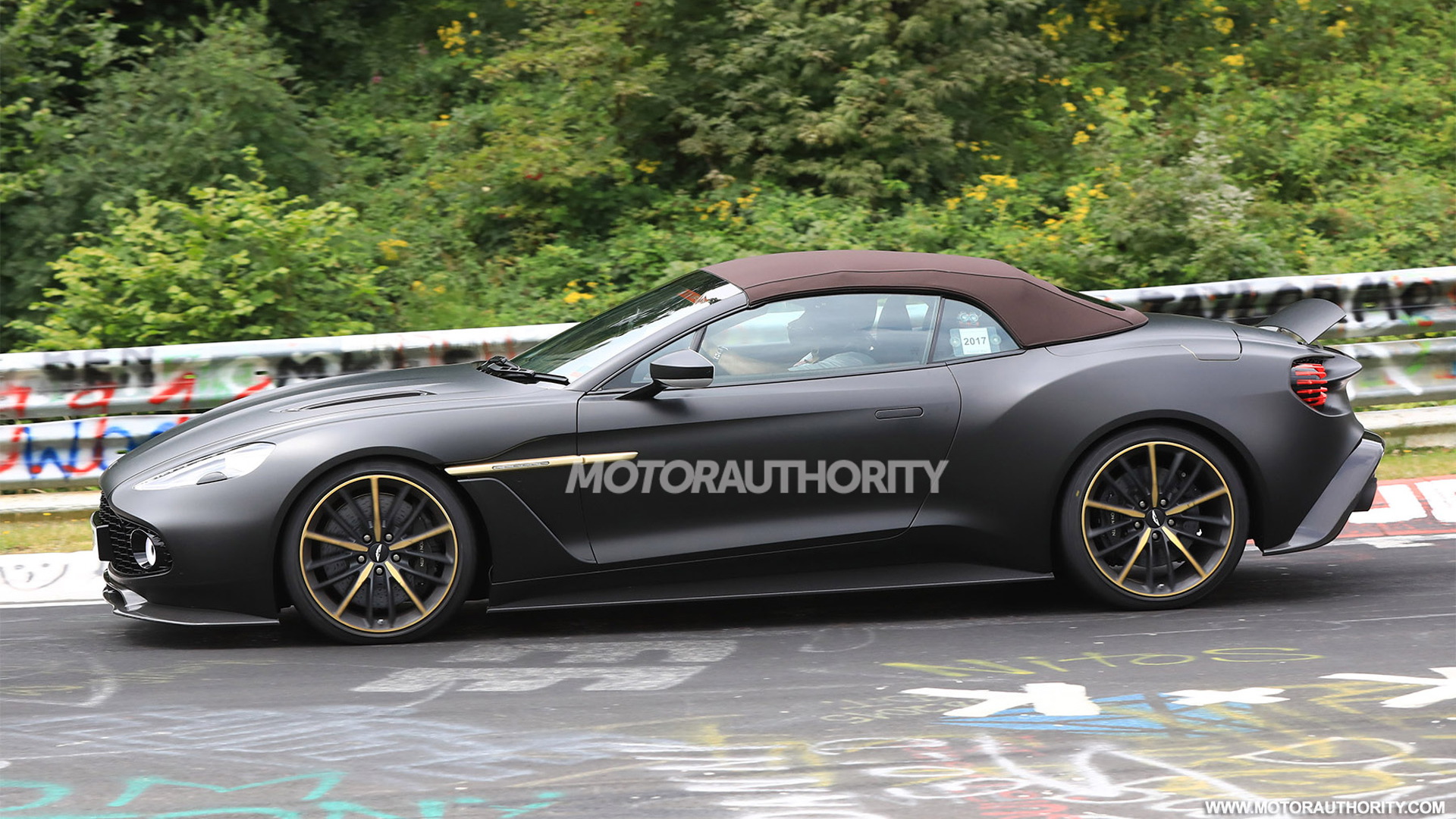 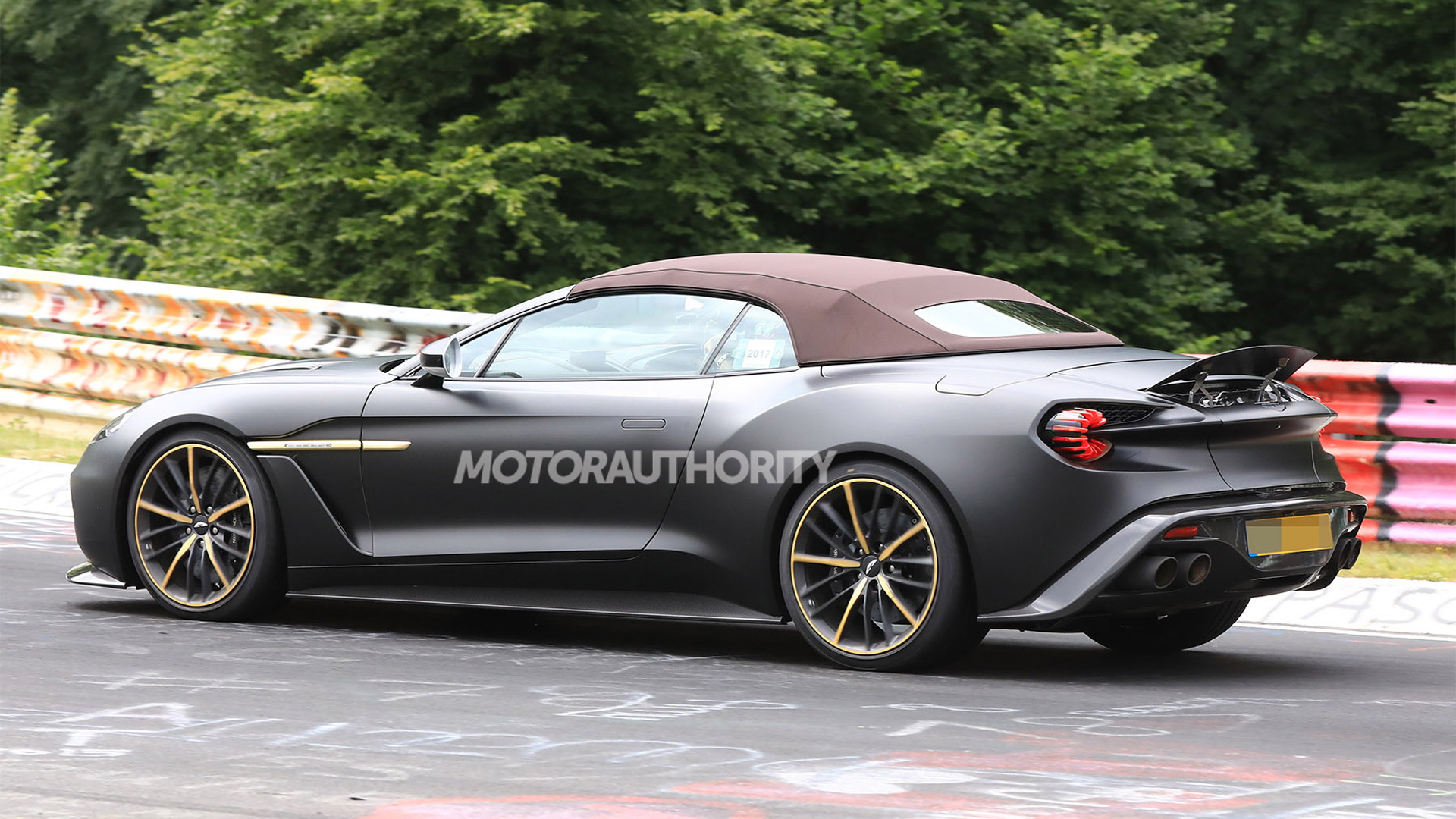 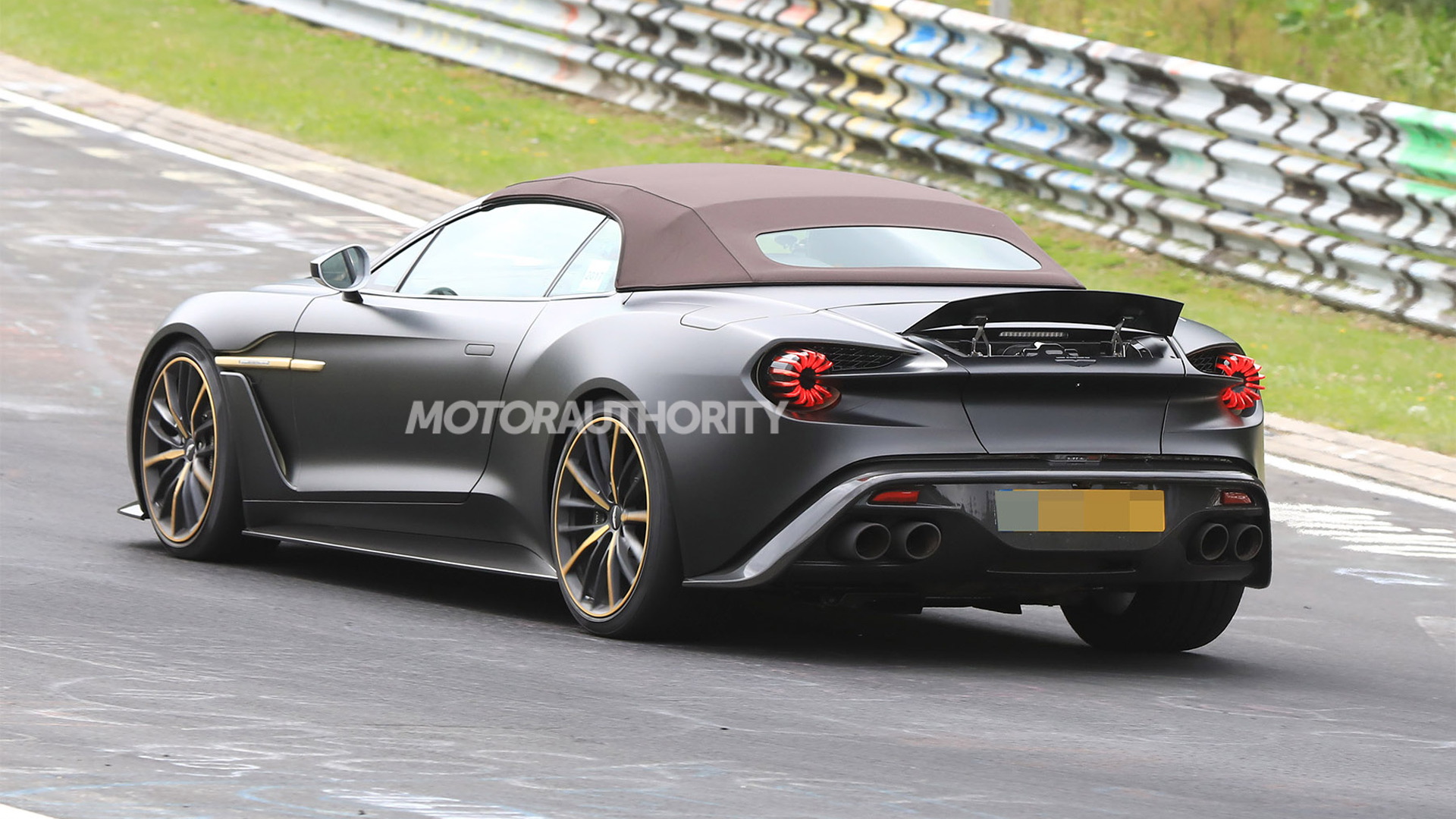 We spied the speedster earlier this week and now we have the first spy shots of the convertible. Both are expected to be revealed during the 2017 Monterey Car Week in mid-August.

Compared to the speedster, the convertible dons the automated soft-top roof found on the regular Vanquish Volante. It also skips the speedster's two massive buttresses behind the cabin. Aston Martin previewed the design a year ago with a series of renderings.

As the name suggests, the Vanquish Zagato Volante is based on the Vanquish platform but features custom bodywork penned by Italian design house Zagato. Aston Martin and Zagato have a long history together, with their first collaboration, the DB4 GT Zagato, making its debut in 1960.

In addition to their svelte new bodies, all Vanquish Zagato variants get an enhanced version of Aston Martin's naturally-aspirated V-12. Power is increased to 592 horsepower, up from the regular Vanquish’s 568 hp, and the suspension has also received a sportier tune. Keep in mind, this isn't an all-out track brawler, so there should be some road-going comfort still.

With 592 horses pushing through an 8-speed automatic gearbox, Aston Martin says the Vanquish Zagato coupe is capable of acing the 0-60 mph sprint in 3.5 seconds. We expect something similar for the convertible and speedster versions.