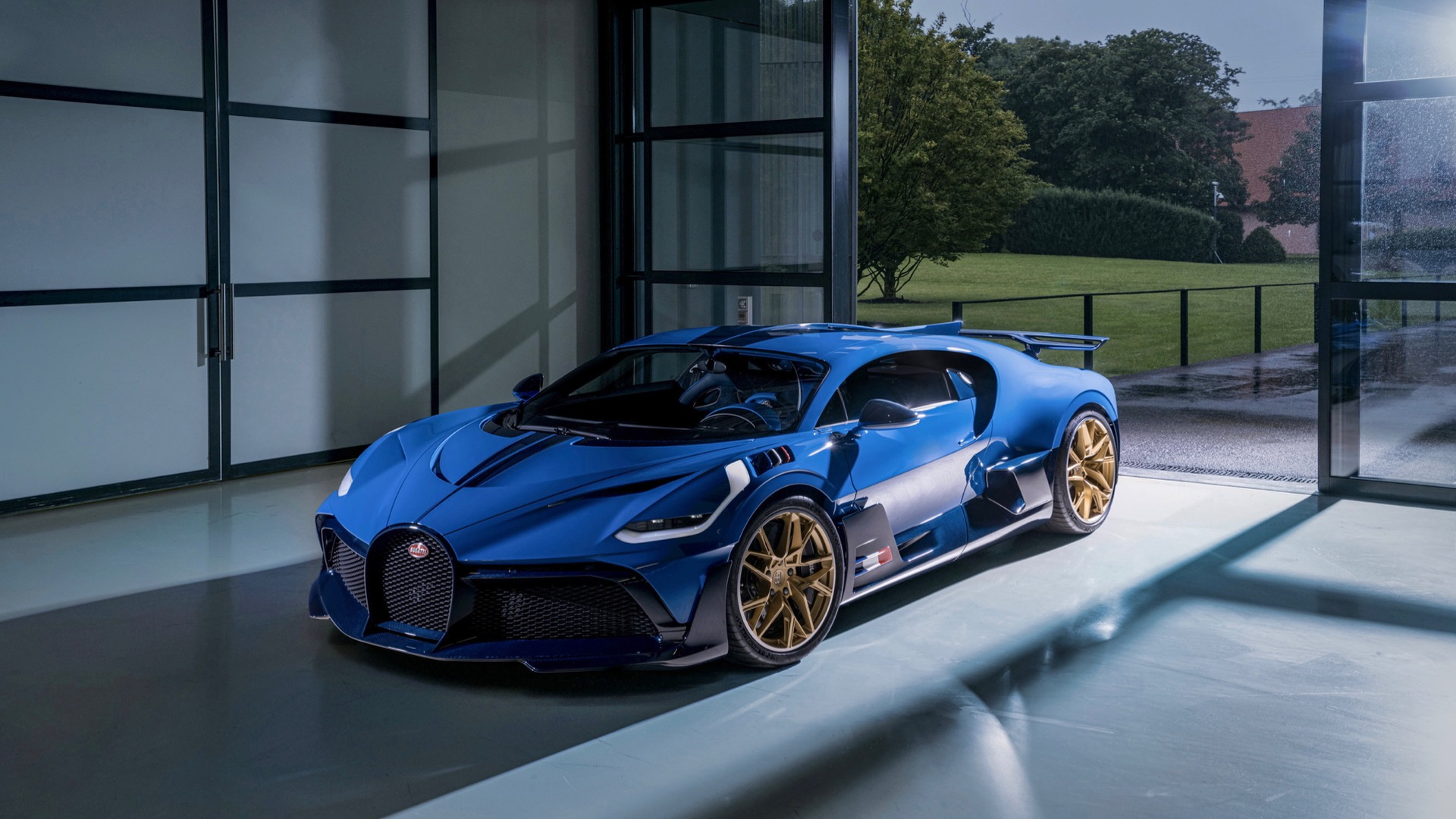 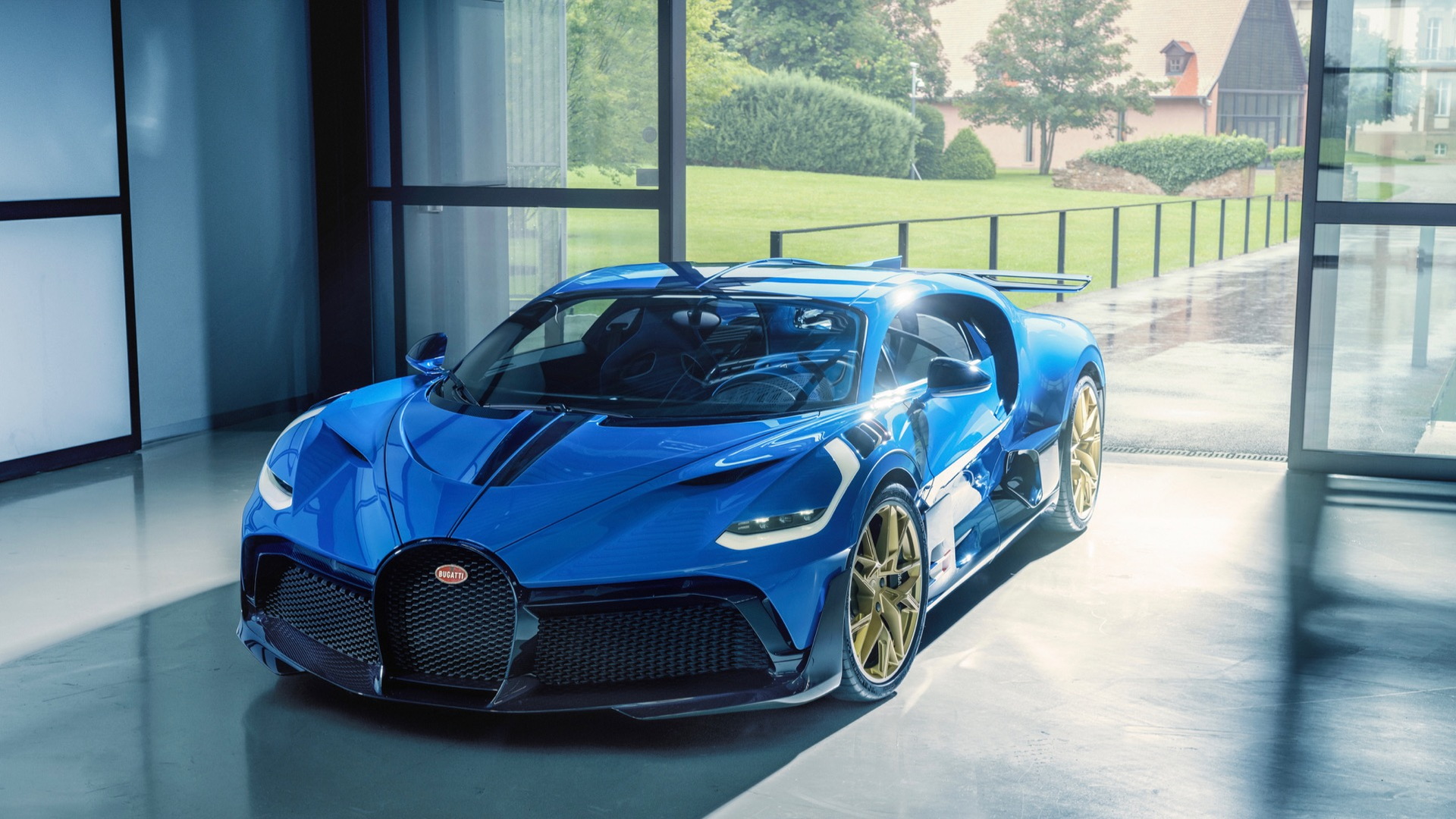 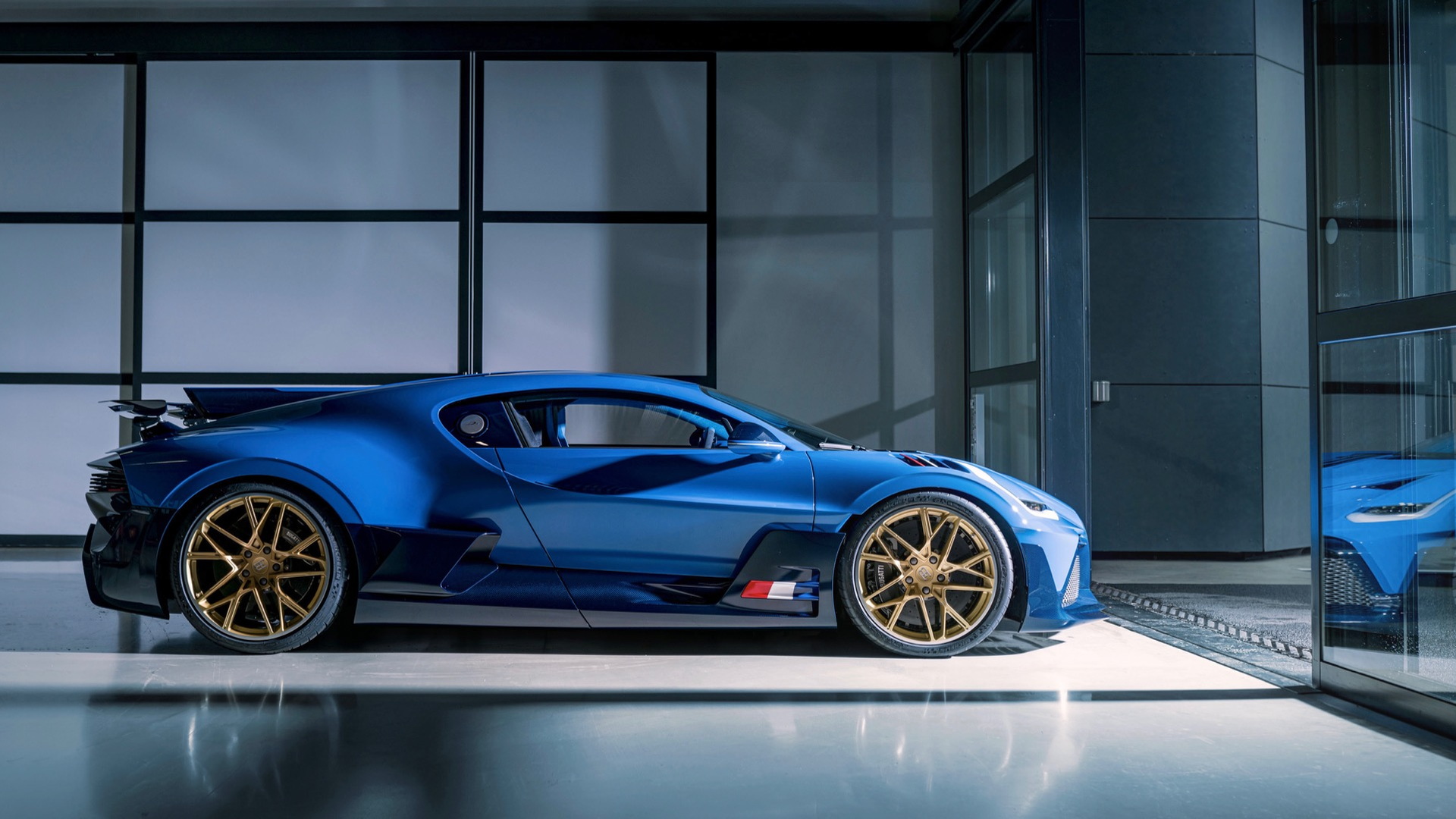 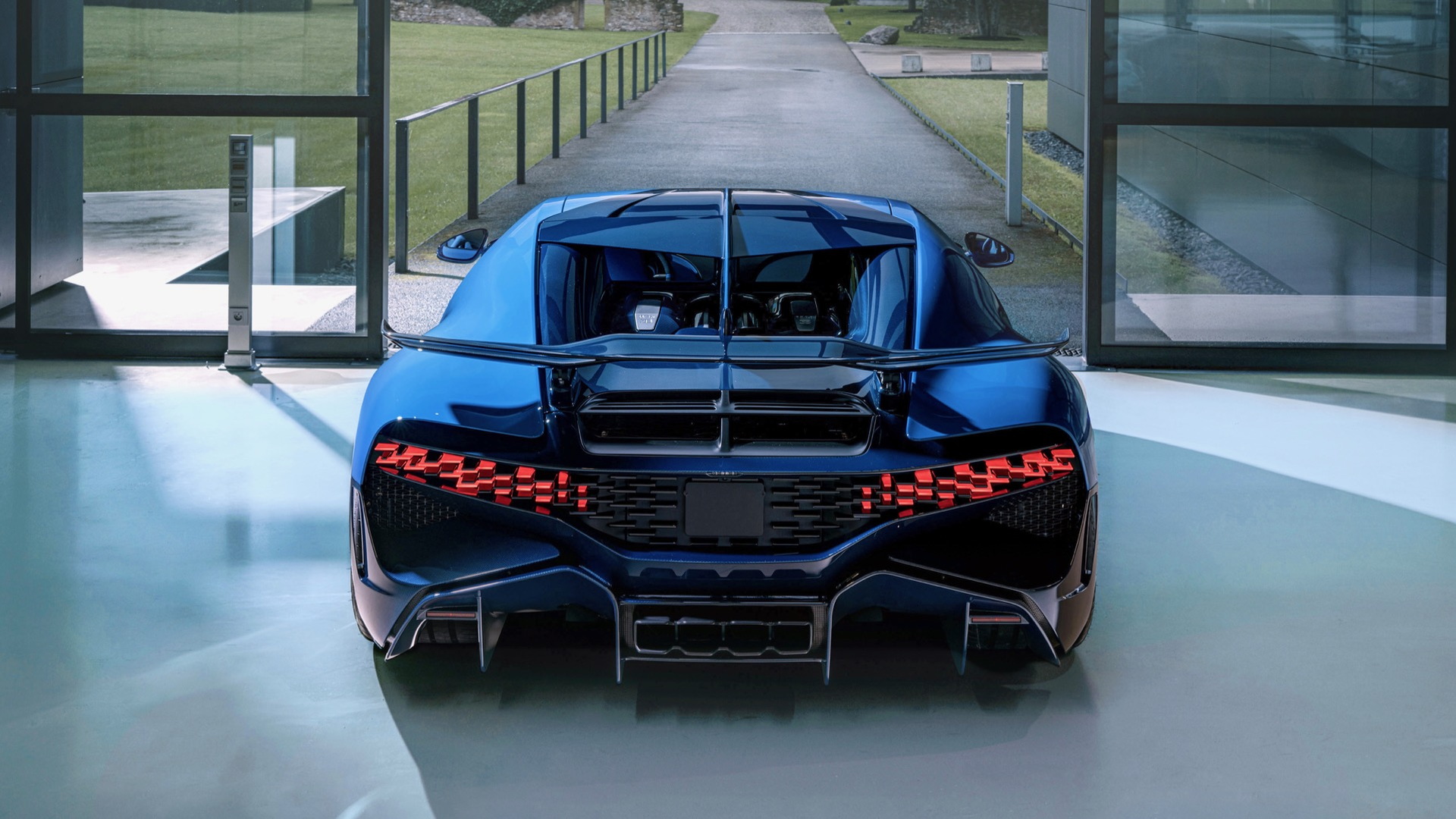 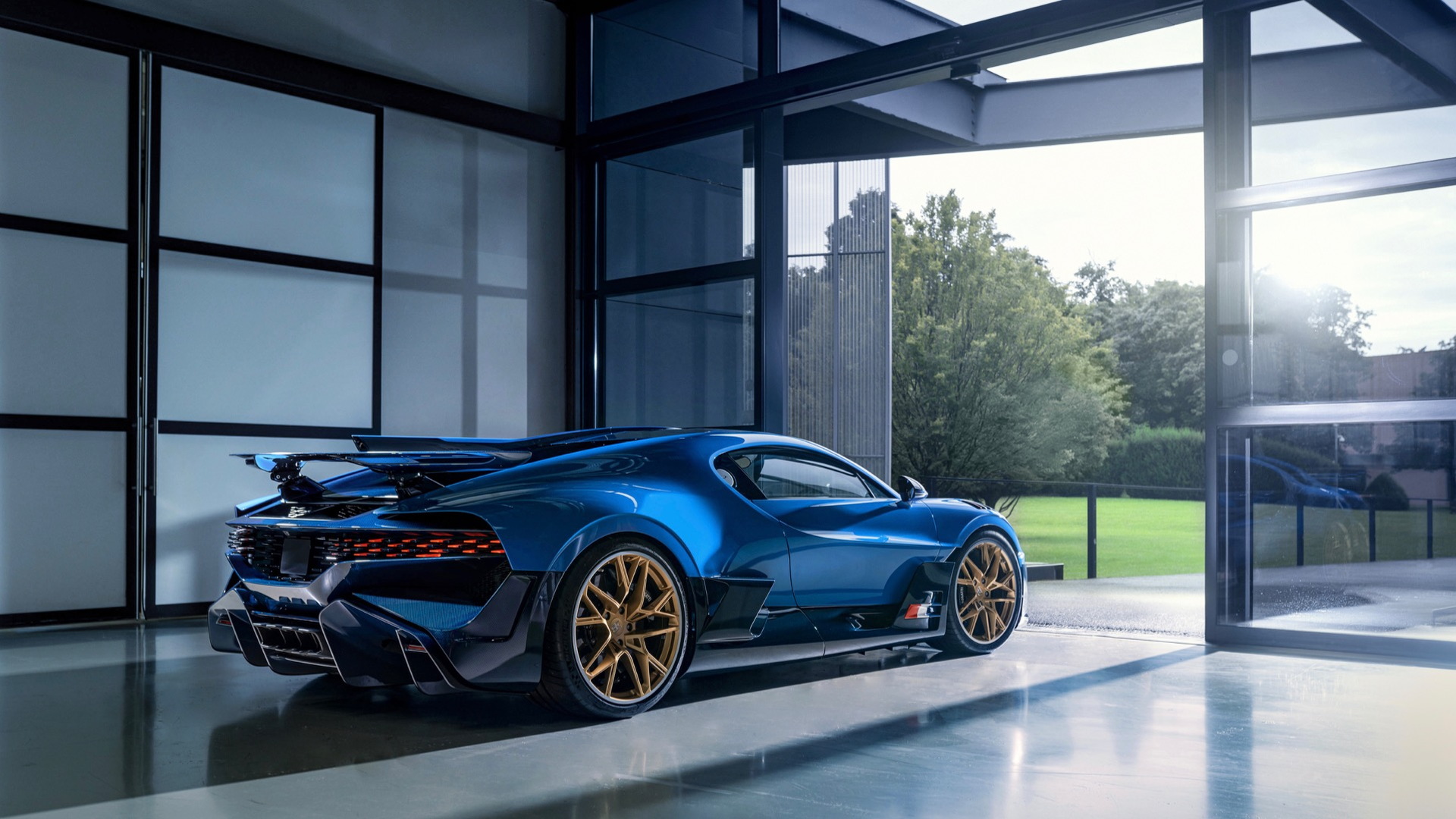 Bugatti on Thursday confirmed that the last of 40 Divo hypercars has been built and delivered.

Built for a customer in Europe, the final Divo is finished in EB 110 LM Blue with Dark Blue carbon and matte gold metallic wheels. The interior has a similar combination of French Racing Blue and Deep Blue upholstery, with matte gray carbon trim.

Named for French racing driver Albert Divo, the $5.8 million hypercar is based on the Chiron platform but features unique bodywork designed to emphasize handling, rather than top speed.

A combination of lower weight (-77 pounds), higher downforce (+198 pounds), and greater lateral acceleration ( a maximum 1.6g) allowed the Divo to lap Italy's Nardo handling circuit a full 8.0 seconds quicker than the Chiron, according to Bugatti, despite the two cars having the same 1,480-hpoutput. The Divo was also spotted testing at Nürburgring last year, but Bugatti never published a lap time.

The Divo was unveiled in 2018 during Monterey Car Week, but customer deliveries didn't start until August 2020, in part due to coronavirus-related delays. Bugatti also needed to do more development work between the unveiling and the start of production.

Development of the Divo opened the door for additional limited-edition Bugatti models based on the Chiron, including the La Voiture Noire and Centodieci, as well as the track-focused Chiron Pur Sport.

With the Divo project complete, Bugatti will turn to a more extreme limited-edition track car. With 1,824 hp and a 2,733-pound curb weight, the Bugatti Bolide will be able to do 0-62 mph in 2.17 seconds and potentially lap the Nürburgring in less than six minutes. Just like that, the Divo is yesterday's news.