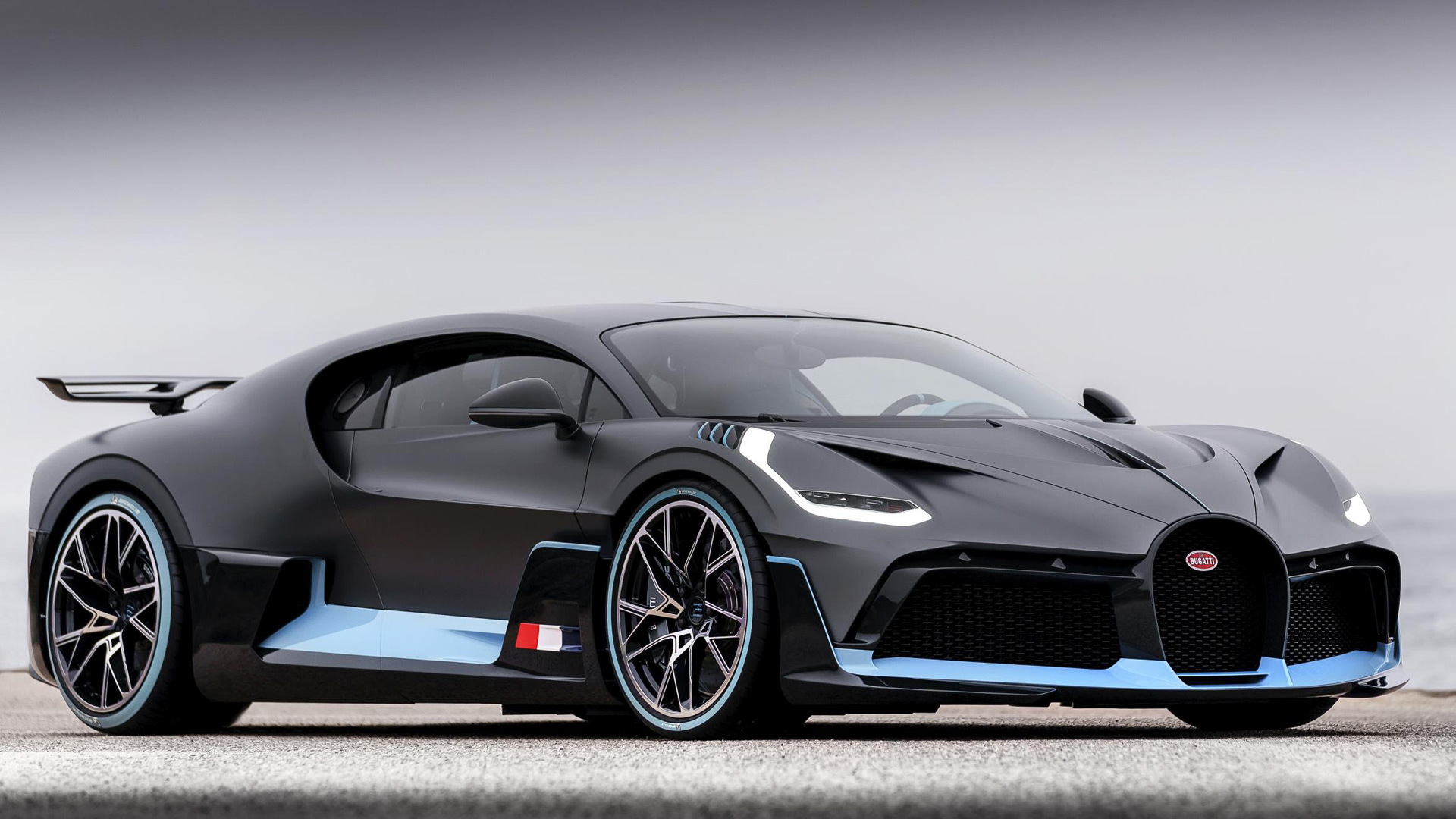 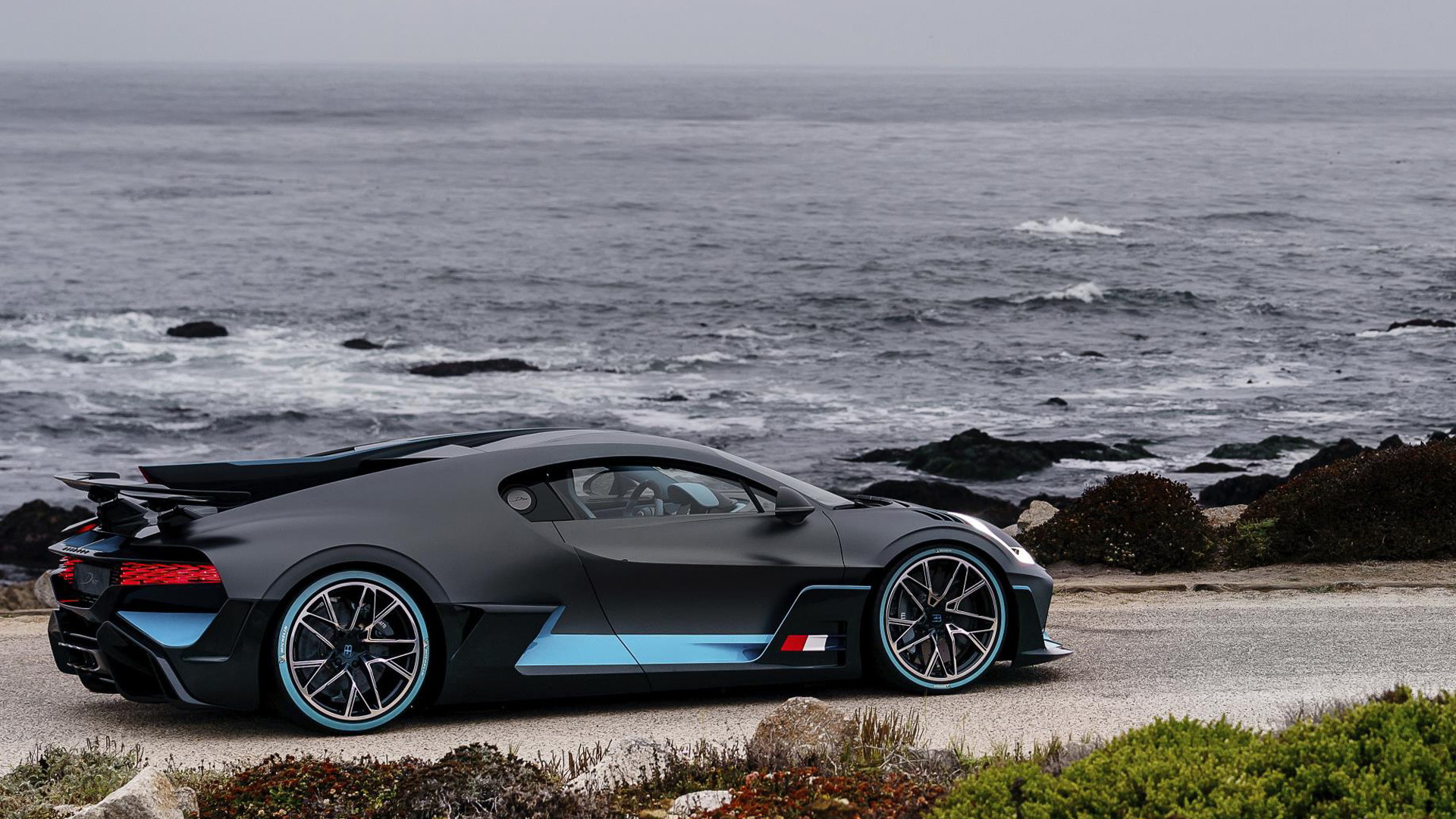 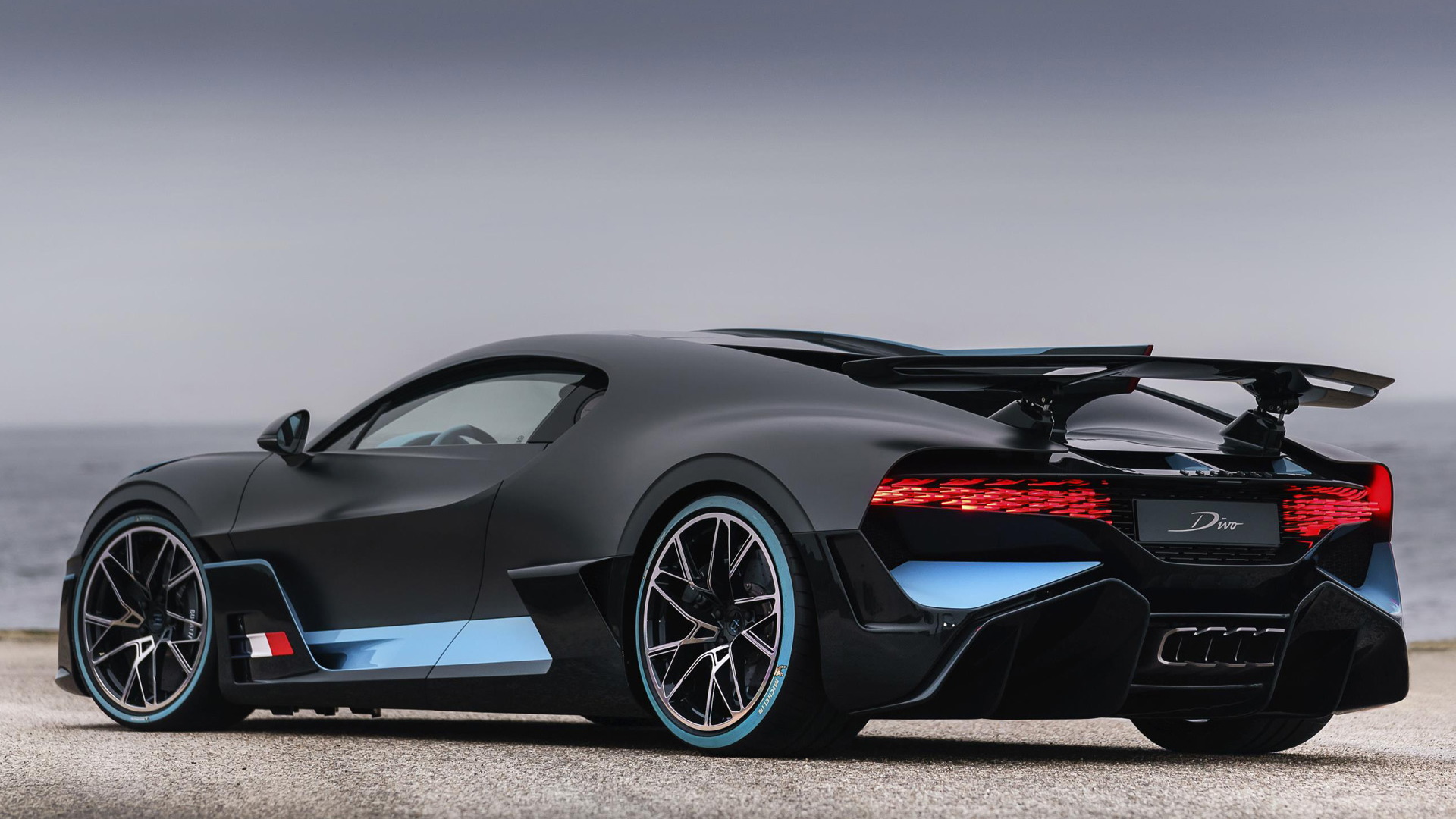 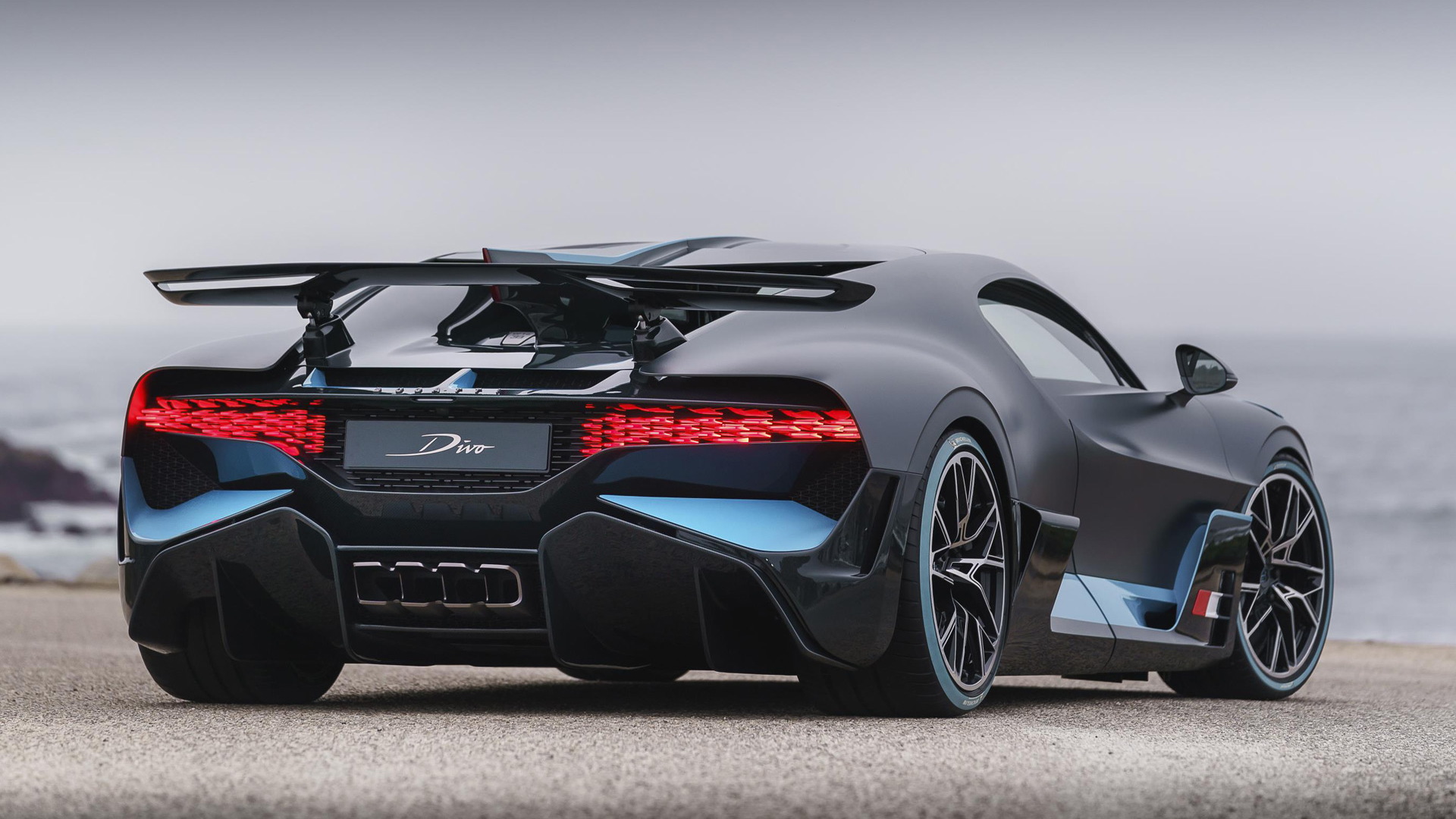 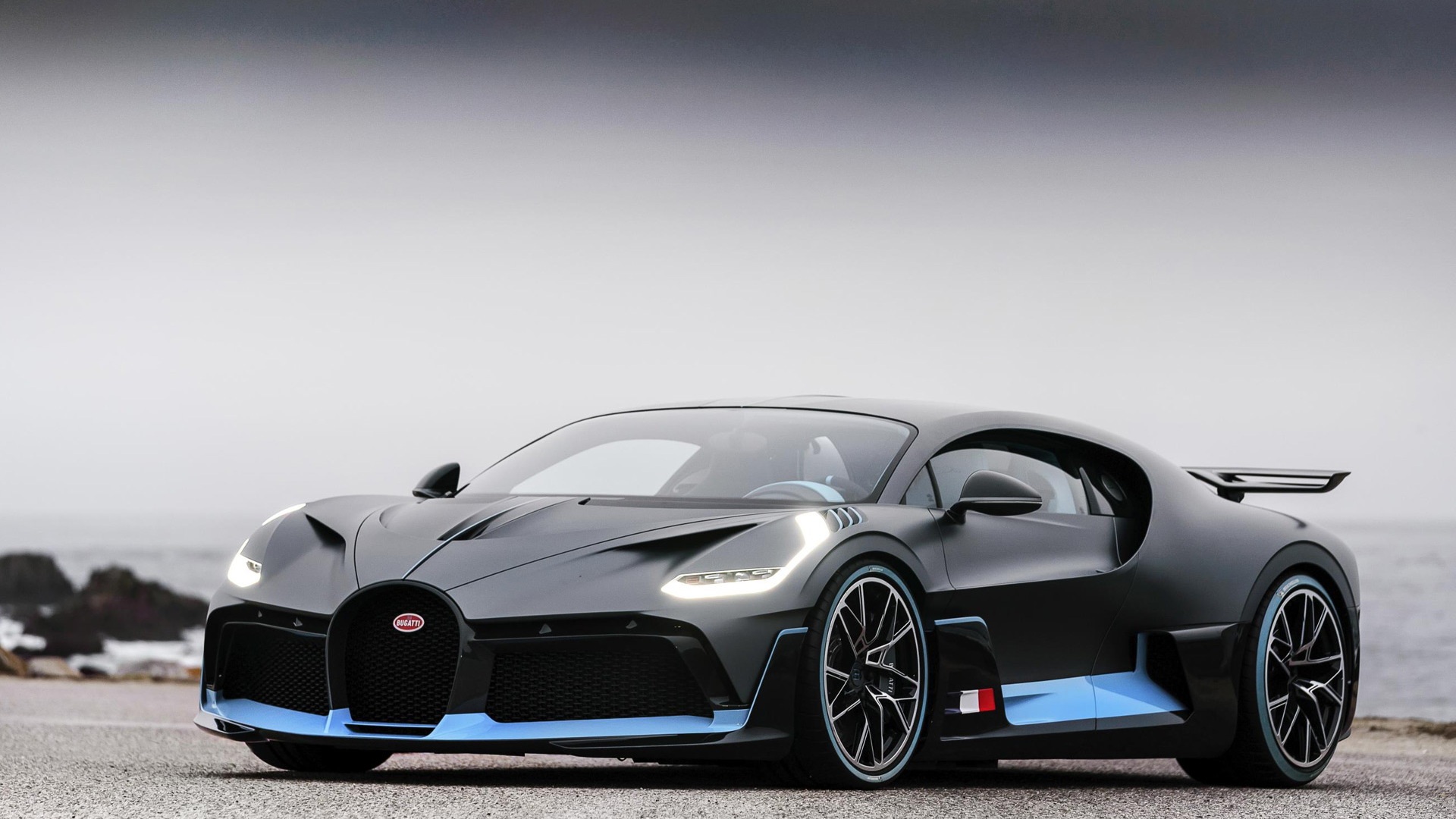 Bugatti has a track-focused model in its lineup. It's called the Divo, and it was shown for the first time Friday at The Quail, A Motorsports Gathering in Monterey, California.

While Bugatti's Chiron is all about combining speed and luxury, the Divo, as Bugatti openly states, was made for corners.

“Happiness is not around the corner. It is the corner. The Divo is made for corners,” Bugatti boss Stephan Winkelmann said in the lead up to the reveal. “With this project, the Bugatti team has an opportunity to interpret the brand DNA in terms of agile, nimble handling in a significantly more performance-oriented way.”

This ethos has come at the cost of overall speed, with the Divo's top speed capped at 236 mph, down from the Chiron's 261 mph. But what the Divo loses in top speed compared to the Chiron whose platform it borrows, it makes up in increased lateral acceleration and cornering ability. This is in keeping with the car's name: Bugatti drew the Divo name from Albert Divo, the French racing driver who won Sicily's Targa Florio mountain race twice for Bugatti, a race where agility and handling were vital.

At its heart is the Chiron's 8.0-liter quad-turbocharged W-16, which pumps out a heady 1,480 horsepower. Acceleration to 60 mph is accomplished in about 2.5 seconds, which is the same as in the Chiron, but track performance is very different. Thanks to a combination of less weight (-77 pounds), increased downforce (+198 pounds), and higher lateral acceleration (1.6 g), the Divo managed to lap Italy's Nardò handling circuit a full 8.0 seconds faster than the Chiron. That's a huge difference given the circuit's short 1.74-mile distance.

The gains were achieved primarily by the new aerodynamics. The front cover is equipped with air intakes which reduce the effective cross-sectional area of the vehicle, as well as air curtains to help channel air to the sides of the vehicle. The newly-designed, wide front spoiler also provides higher downforce and guides more air to the front air inlets.

The rear end of the Divo features a new, height-adjustable rear spoiler which functions as an air brake when turned forwards and is set to different angles for the individual driving modes. The rear spoiler has a width of 72 inches, or 23 percent wider than on the Chiron. The downforce is also boosted by the rear diffuser.

Cooling has also been improved across the board. The roof of the Divo has been designed to form a giant NACA air duct. In combination with the specially designed engine compartment cover, this ensures a very high air mass flow to the engine compartment.

The brakes are cooled by four independent air sources on each side of the vehicle: air flows in from the high-pressure area above the front bumper, the inlets on the front wings, one inlet on the front radiator and the diffusers ahead of the tyres. Vanes direct the cold air from these areas onto the brake discs. A heat shield carries the hot air out through the wheels.

The final area worth mentioning is the chassis. The main objective of chassis development work was to improve cornering dynamics; for this purpose, the camber was increased. As a result the maximum speed of the Divo is limited to the aforementioned 236 mph. The steering and suspension were also set to ensure more direct response and significantly sportier driving behavior.

Bugatti will build 40 examples of the Divo, and all build slots have been sold despite a staggering $5.8 million price tag.

The arrival of the Divo marks the start of celebrations for Bugatti's 110th anniversary next year. It also marks Bugatti's return to coachbuilding, where an existing car's running gear receives a new and distinct body to go on top. In its early life, the French brand had considerable success with bodies designed in-house under the leadership of Jean Bugatti and installed on existing chassis. It looks like that success is now being repeated.