Sometimes looks can be deceiving, but that isn't the case with the Bugatti Chiron Pur Sport. The car's EPA fuel-economy ratings show that an 8.0-liter quad-turbocharged W-16 really is as inefficient as it sounds.

The Pur Sport—a new, track-focused version of the Chiron—is rated at 8 mpg city, 13 highway. 10 combined. Granted, that's only slightly worse than the standard Chiron, which is rated at 9/14/11 mpg.

It's also worth noting that the Ford GT isn't much better—even with 10 fewer cylinders. Ford's supercar gets a EPA ratings of 11/18/14 mpg. However, the Pur Sport makes the Toyota Land Cruiser look downright economical. With its 5.7-liter V-8, the SUV is rated at 13/17/14 mpg. 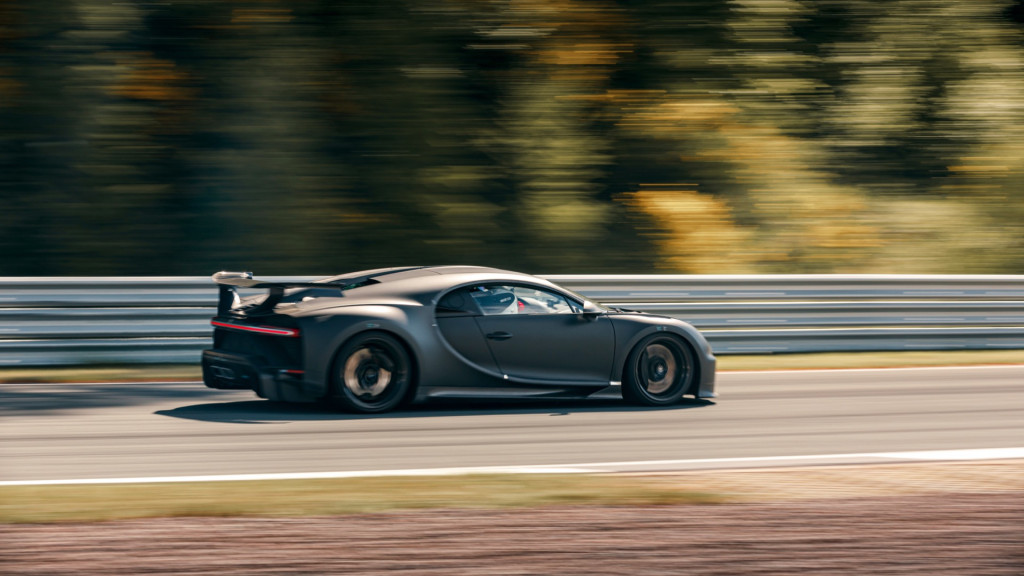 Unveiled in March, the Pur Sport is designed to emphasize handling rather than top speed. It gets different suspension, model-specific tires, and more aggressive aerodynamic elements, including a fixed rear wing and a longer rear diffuser. The Pur Sport is also 110 pounds lighter than the standard Chiron, according to Bugatti.

Final development work has continued despite the coronavirus pandemic, and Bugatti plans to deliver the first car before the end of the year. Just 60 Pur Sports will be built, priced at the equivalent of $3.5 million each. If buyers are willing to pay that, they probably don't care much about gas mileage.