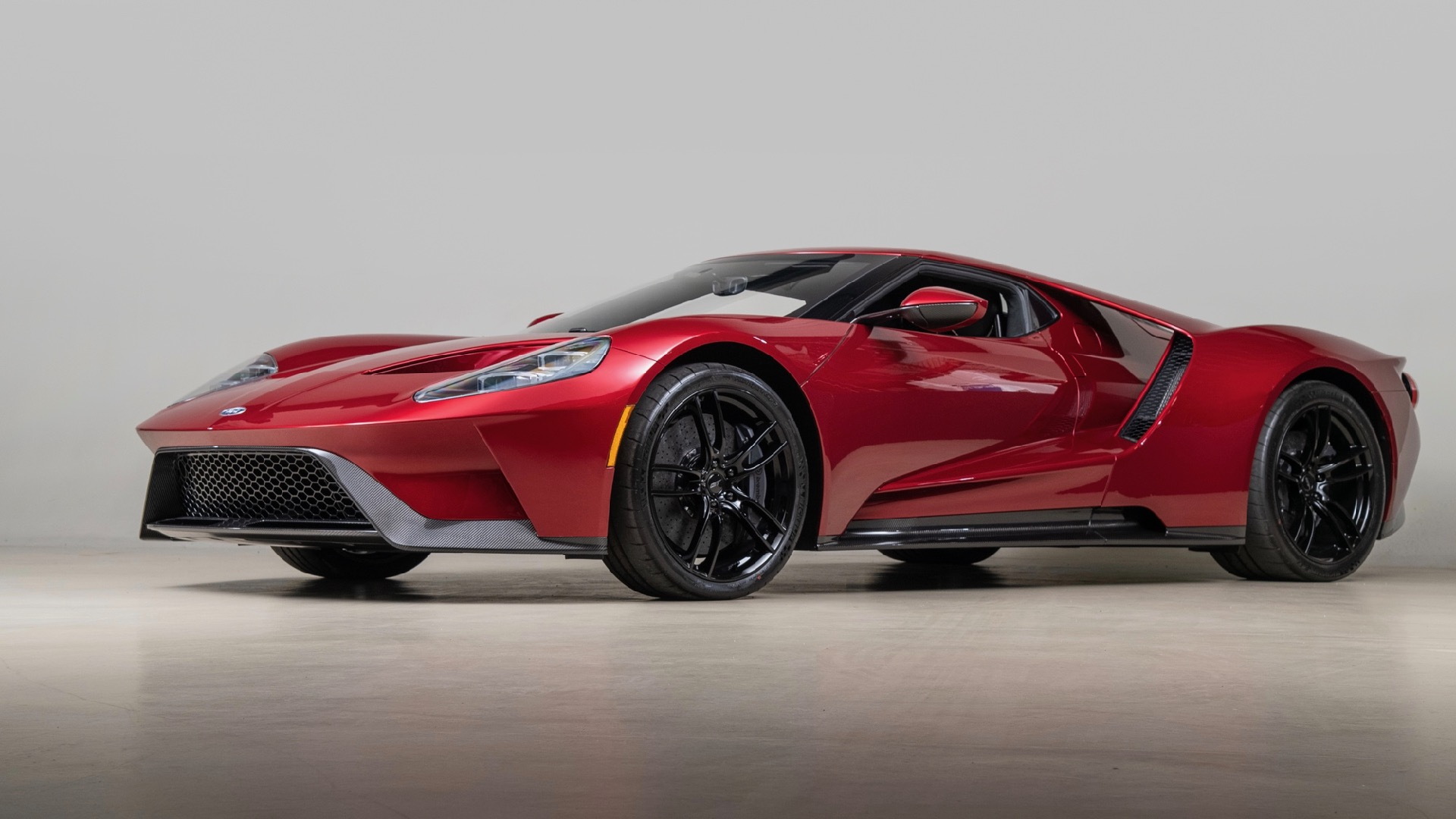 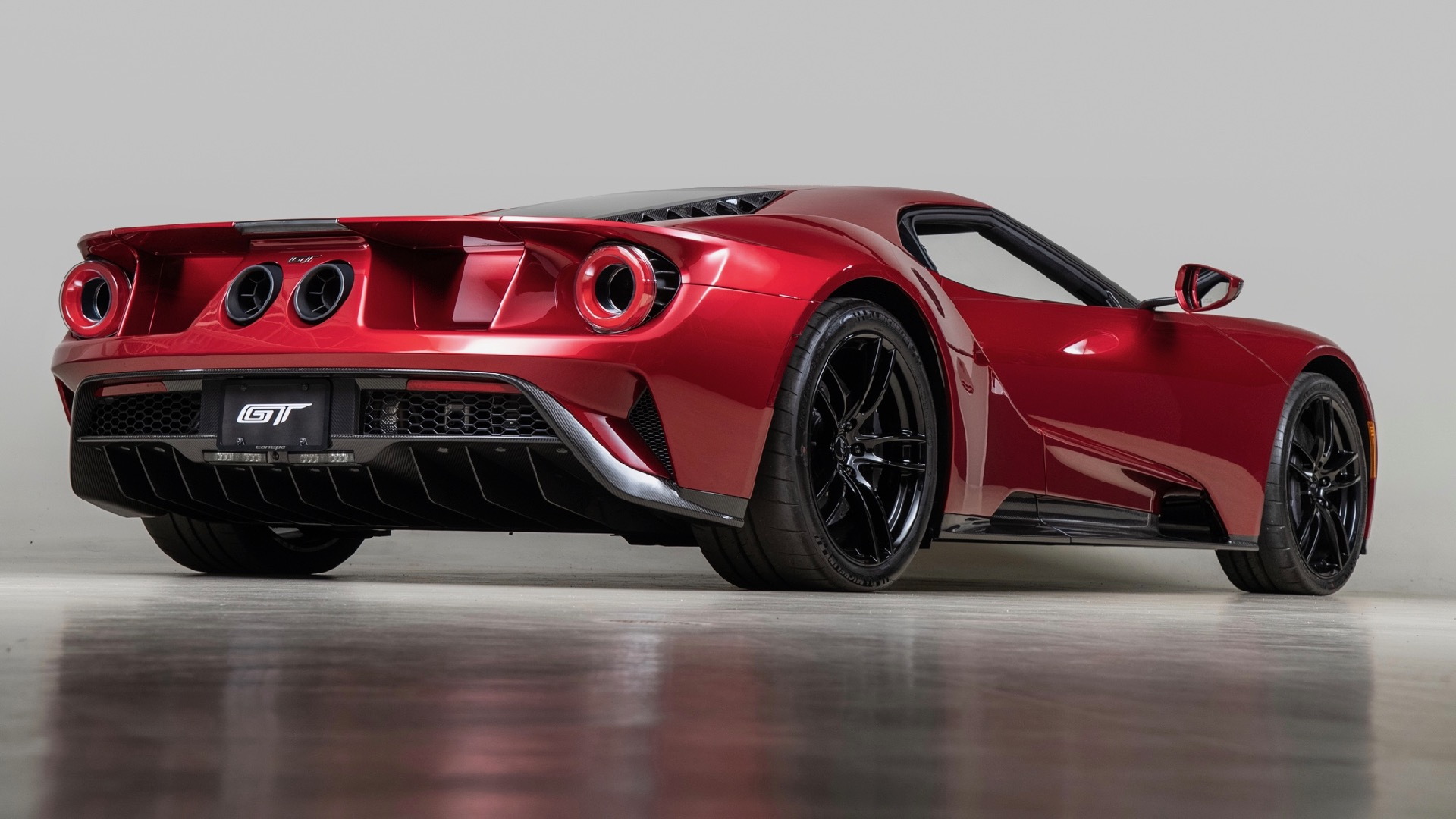 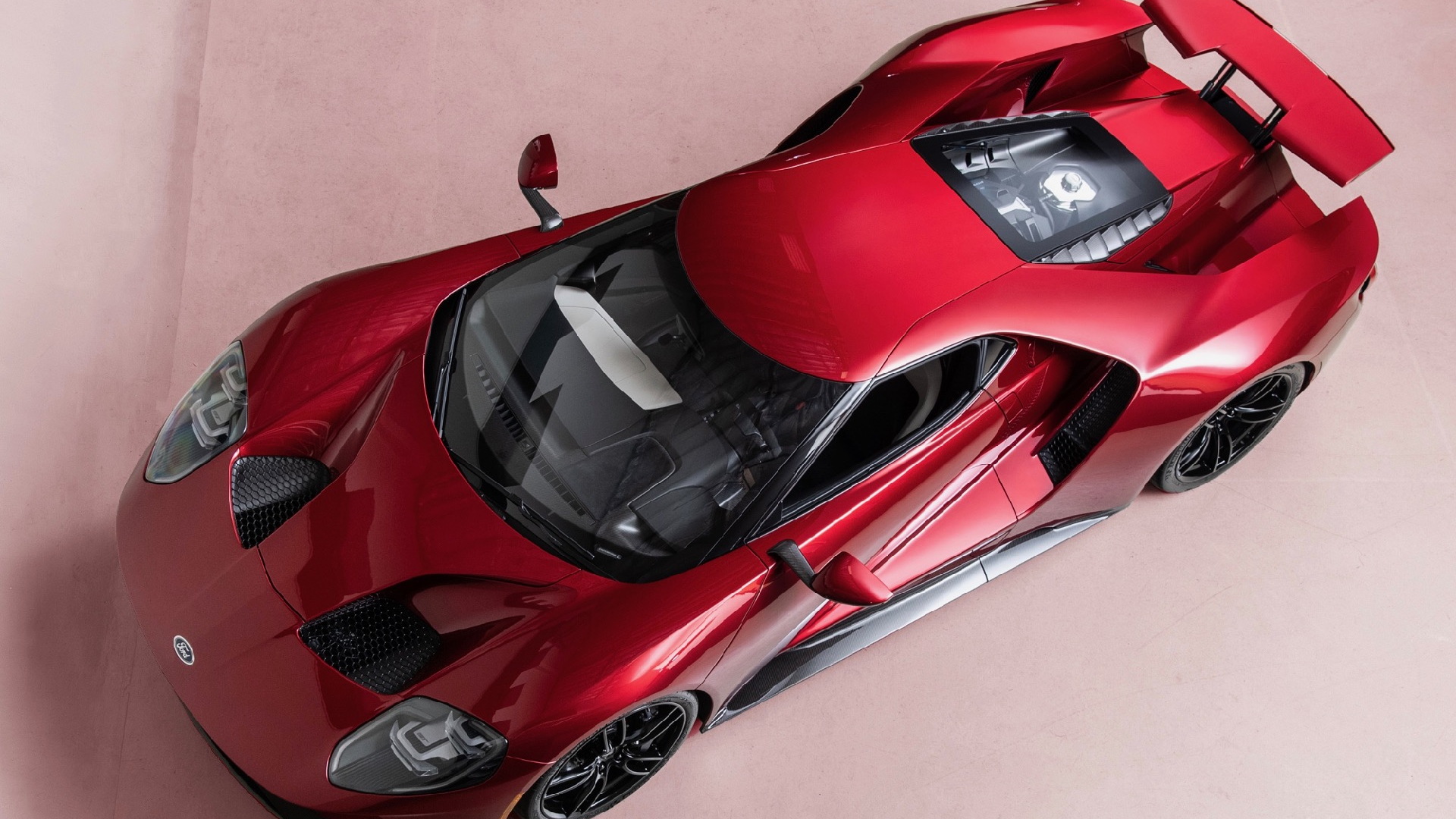 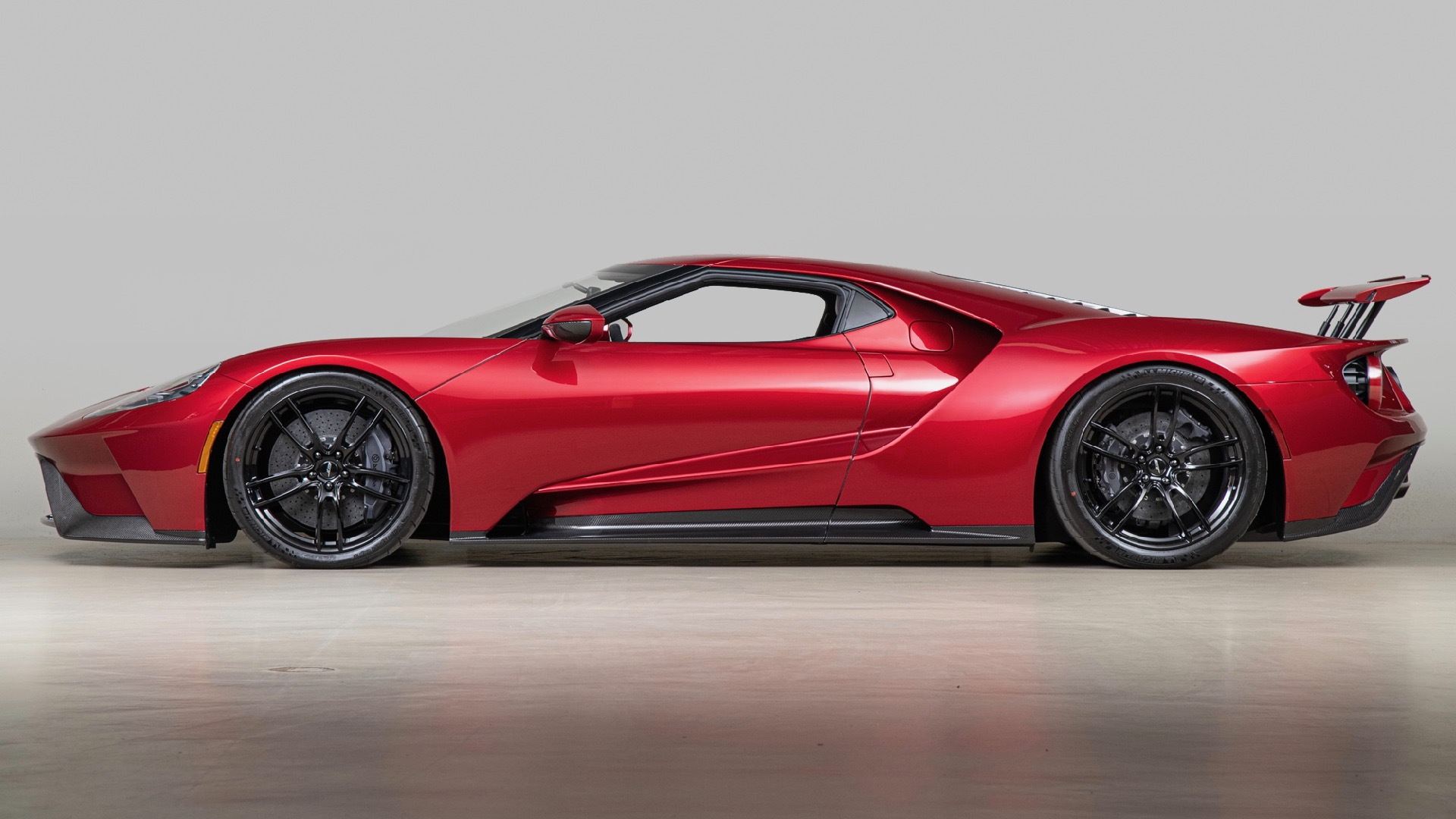 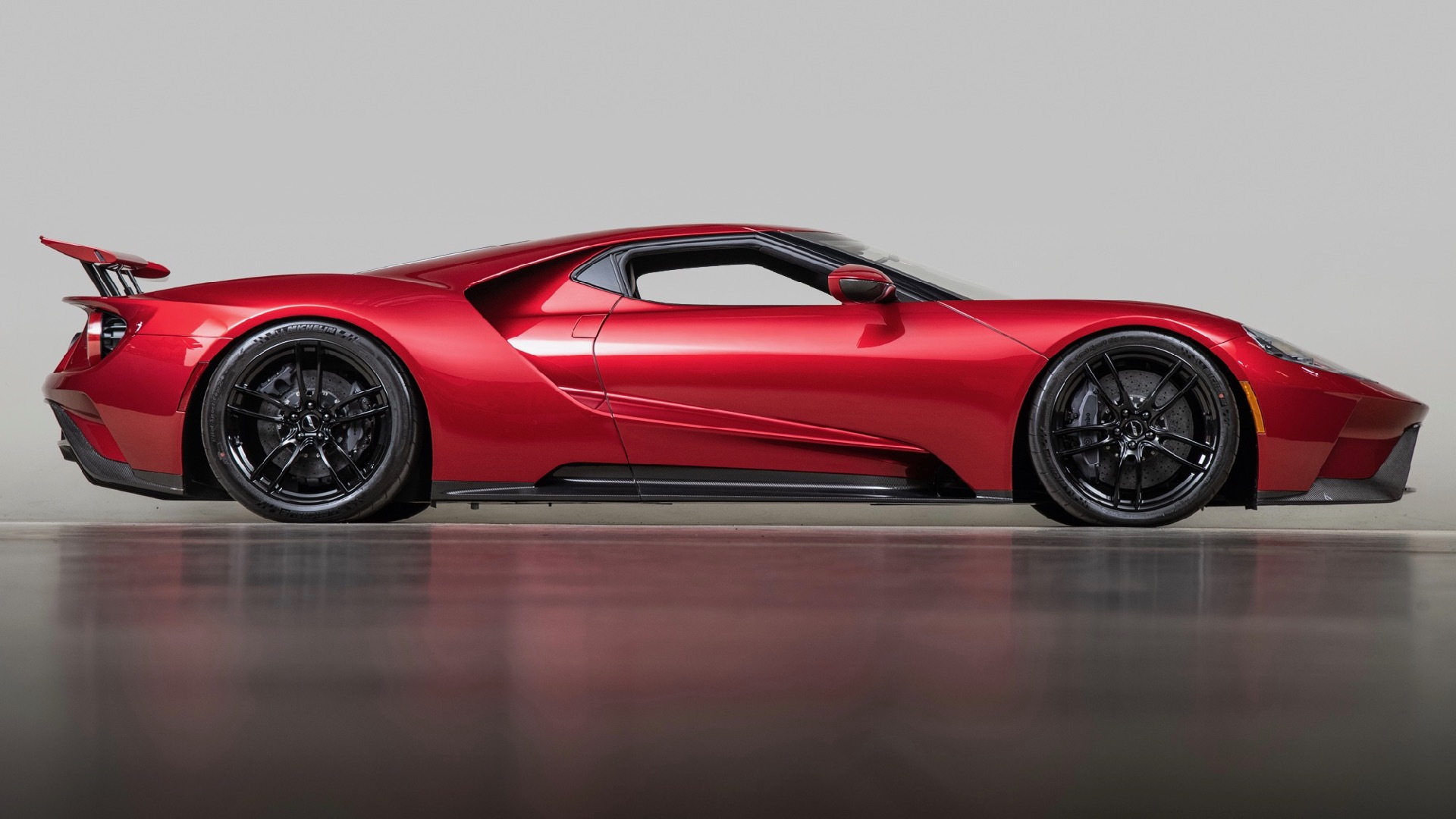 You can now buy a 2017 Ford GT owned by the man who designed it. The personal car of Ford vice president of design Moray Callum is being offered for sale by Canepa at an undisclosed price.

Callum personally led the GT design team, which worked in the utmost secrecy. As the oft-quoted official story goes, the GT was designed in a basement room at Ford's Dearborn headquarters, not only because it was out of the way, but because it didn't have key-card access, ensuring no one would stumble upon the skunkworks studio accidentally.

The GT was created to win the GTE Pro class at the 2016 24 Hours of Le Mans in celebration of Ford's 1966 overall win—which it did. Ford set up an application process for the limited run of GT road cars to guard against speculative flipping. That included a mandatory two-year waiting period before selling a car, which has now expired for the first owners. That means early GTs are now coming to market.

Callum's car is finished in Liquid Red Metallic with the Re-Entry interior package, which features a white leather dashboard and seats. Callum only put 204 miles on the car, according to Canepa.

As a refresher, the GT is powered by a 3.5-liter twin-turbocharged V-6, which makes 647 horsepower and 550 pound-feet of torque. Note that Ford bumped the 2020 GT up to 660 hp, and gave it a broader torque curve. The mid-mounted engine drives the rear wheels through a 7-speed dual-clutch transmission in all versions of the GT.

While the number of build slots is capped at 1,350, Ford and partner Multimatic have stretched the production run out so long that buyers now have the option of virtually new cars on the secondhand market. In this case, they have one of Ford's own executives to thank for that. Of course, given this car's provenance and the high prices used GTs command, it likely costs much more than a new car.