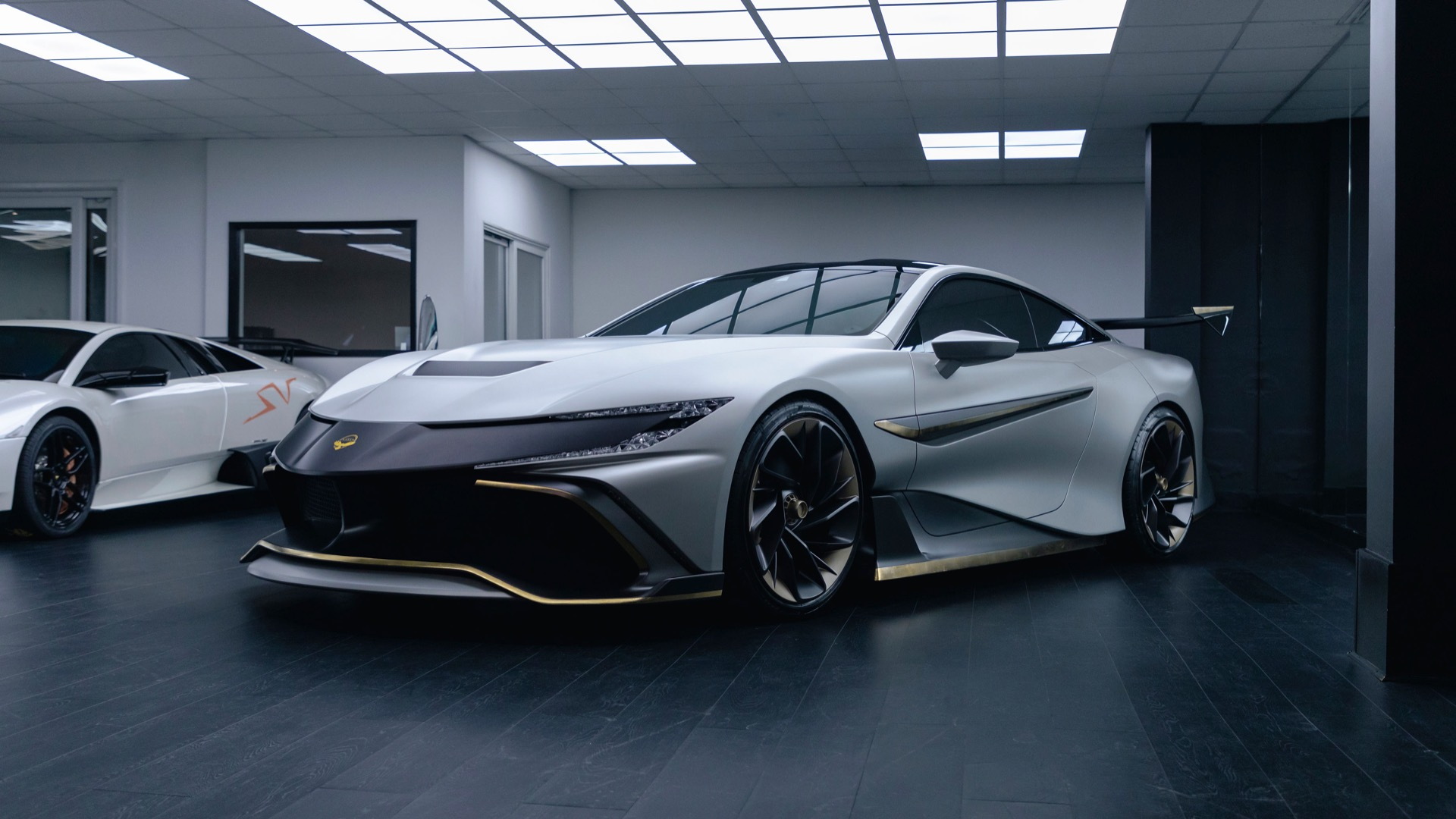 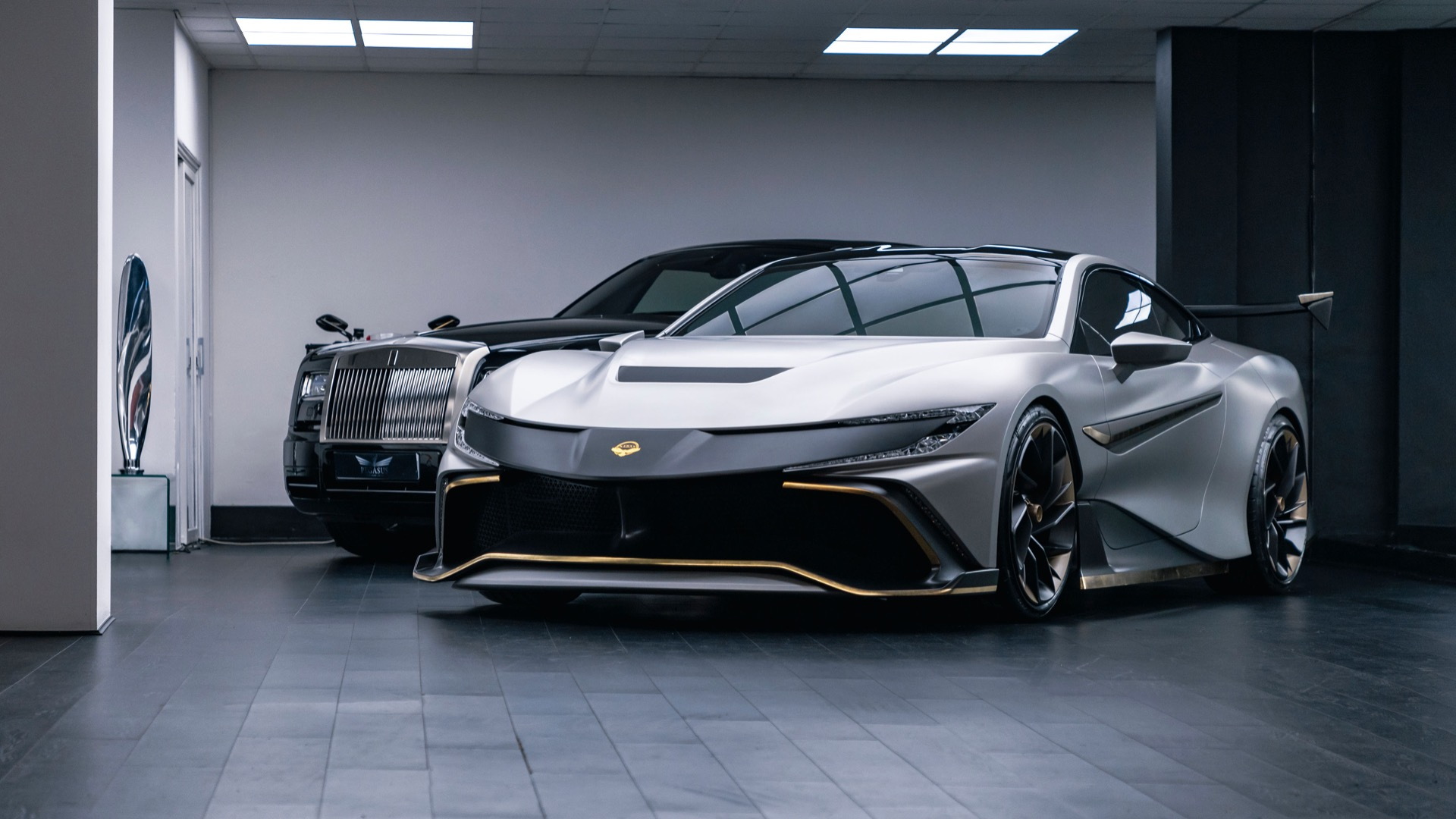 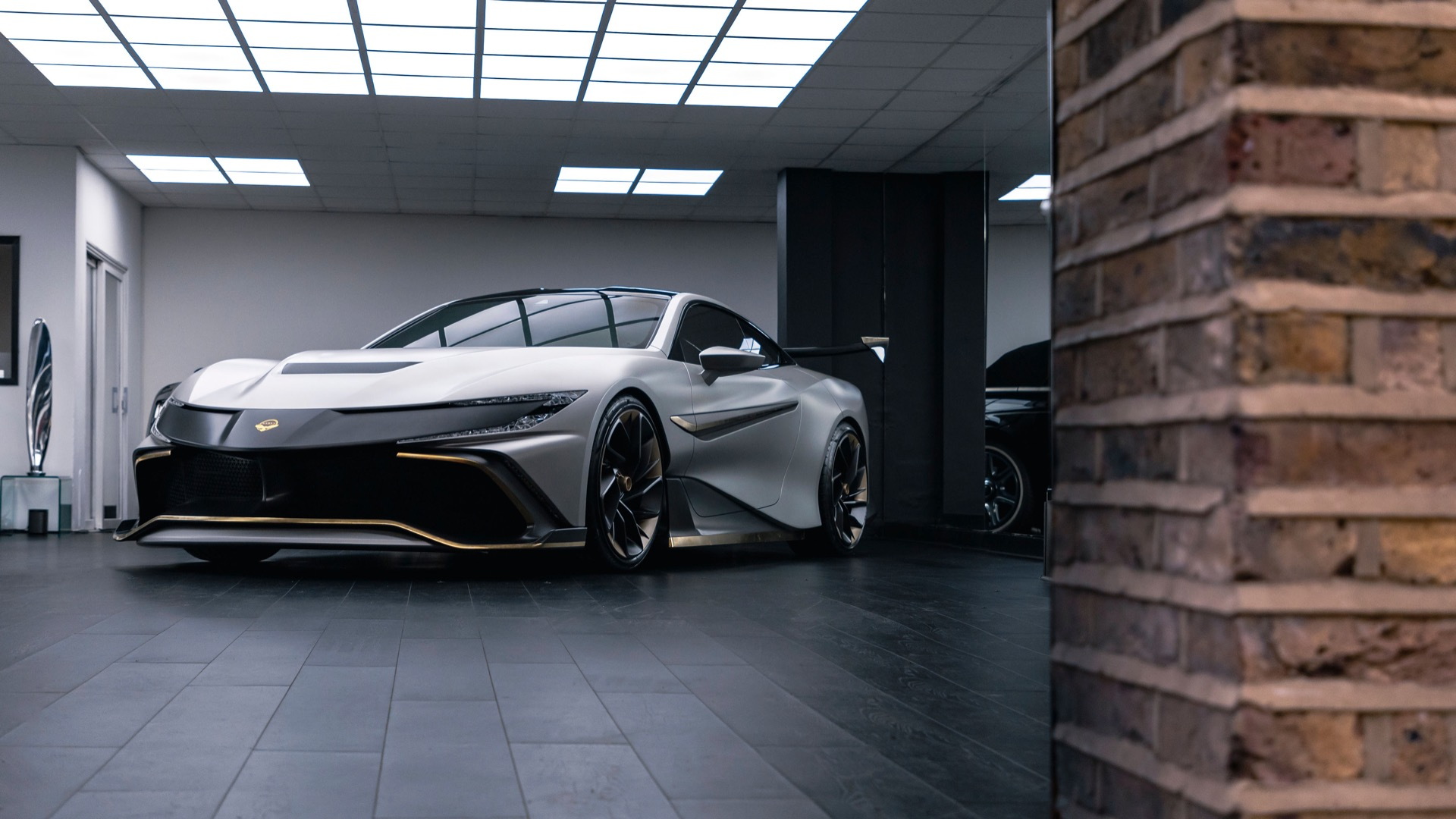 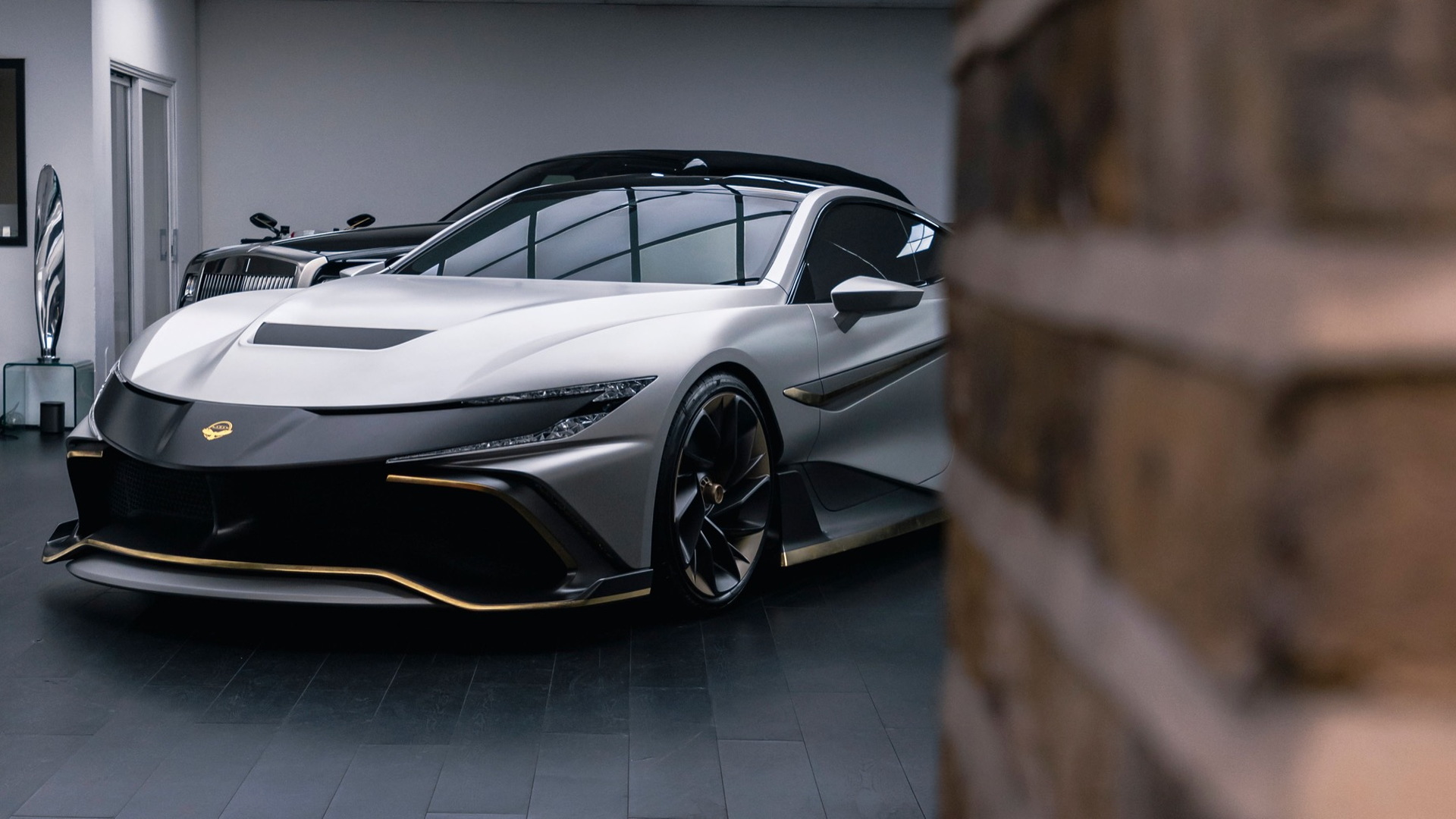 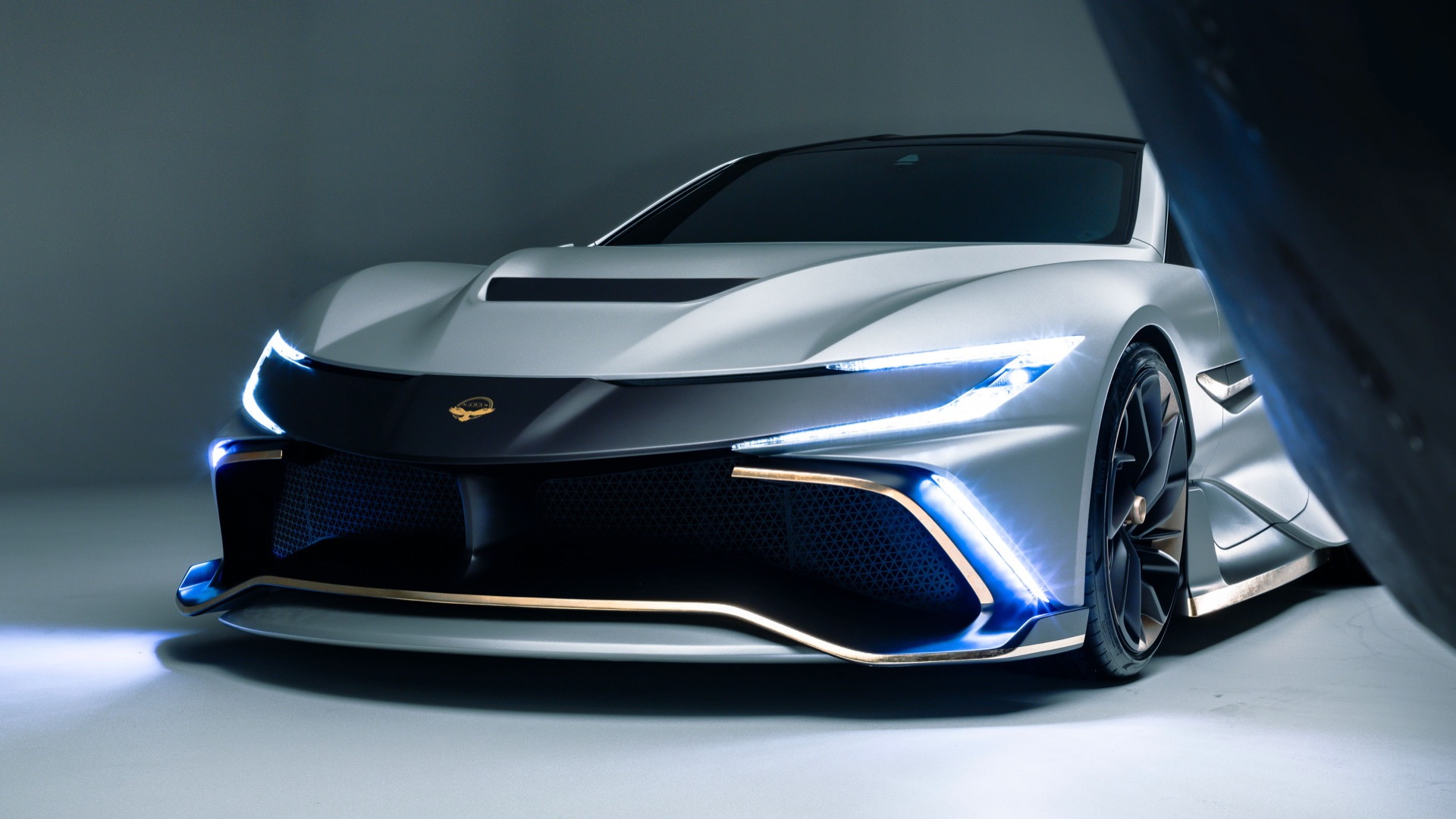 British startup Naran Automotive on Wednesday revealed a 2+2 "hyper coupe" inspired by GT3 race cars. It's scheduled to launch next year, with a production run limited to 49 units.

GT3 cars are generally based on existing production models, but Naran is starting from scratch here. The company claims its first model—also called Naran—will "deliver an authentic GT3-style driving experience for the road."

In keeping with the GT3 theme, the front-mid engine Naran features aggressive aerodynamic elements, including a large front splitter, rear wing, and rear diffuser. These bits are functional, producing up to 3,035 pounds of downforce, according to the company.

The body itself is made from "carbon composite," and the car rides on 22-inch "hybrid-carbon" wheels, Naran said. 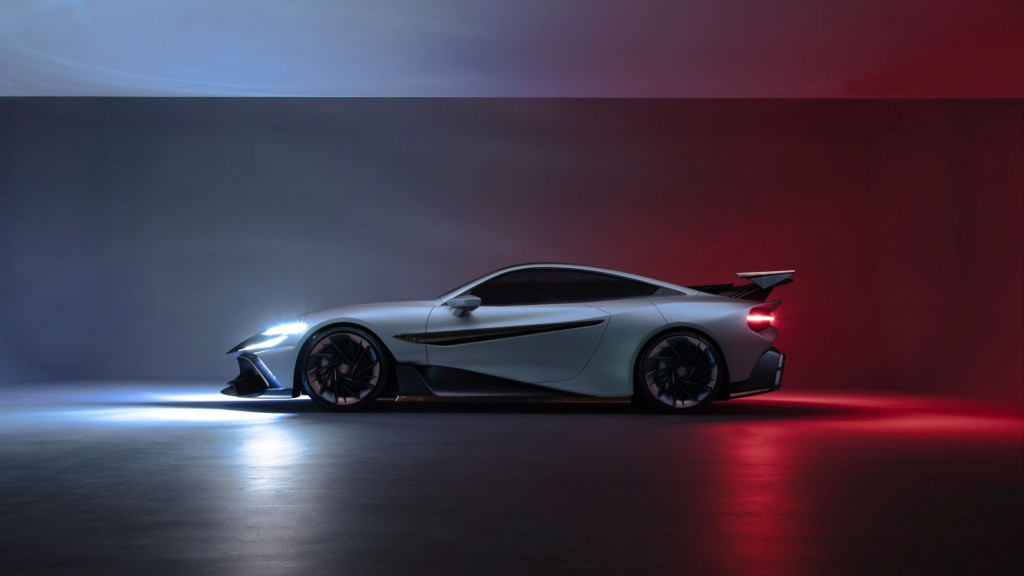 On the inside, the Naran sports "flax carbon" trim, which the company claims is an industry first. The material is lightweight, but is also biodegradable, and has superior vibration-damping properties to carbon fiber, according to the company.

The car features an all-wheel drive system that can be switched to rear-wheel drive when desired, a double-wishbone suspension with Ohlins four-way-adjustable dampers, a "race-grade" hydraulic steering rack, and carbon-ceramic brakes. Naran said vehicle-dynamics development work was done by EY3 Engineering and Daniel Mense, whose resume includes the Nio EP9 that set a Nürburgring lap record for electric cars in 2017.

The Naran is scheduled to debut in early 2021, but the company hasn't discussed pricing or production specifics.