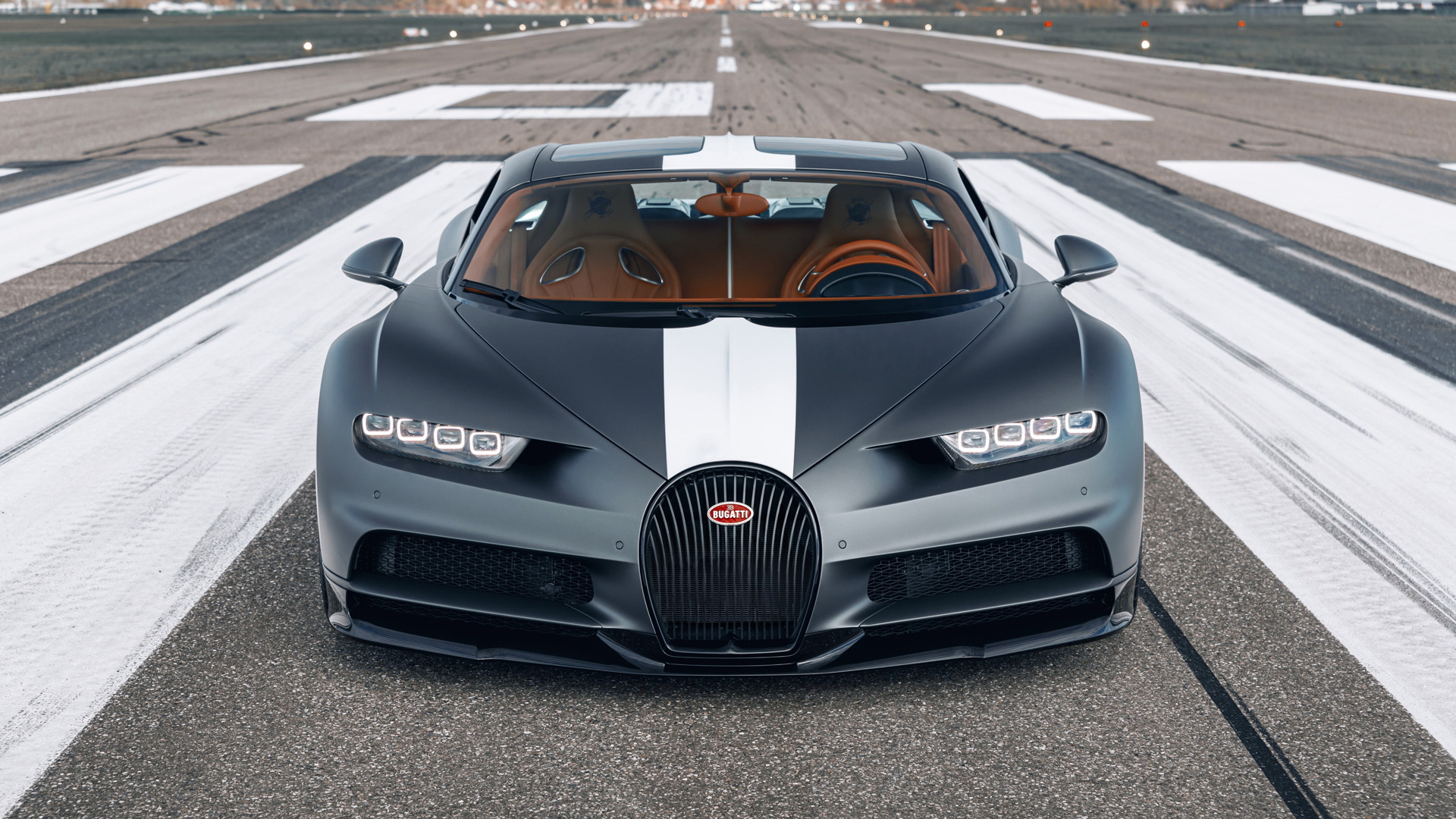 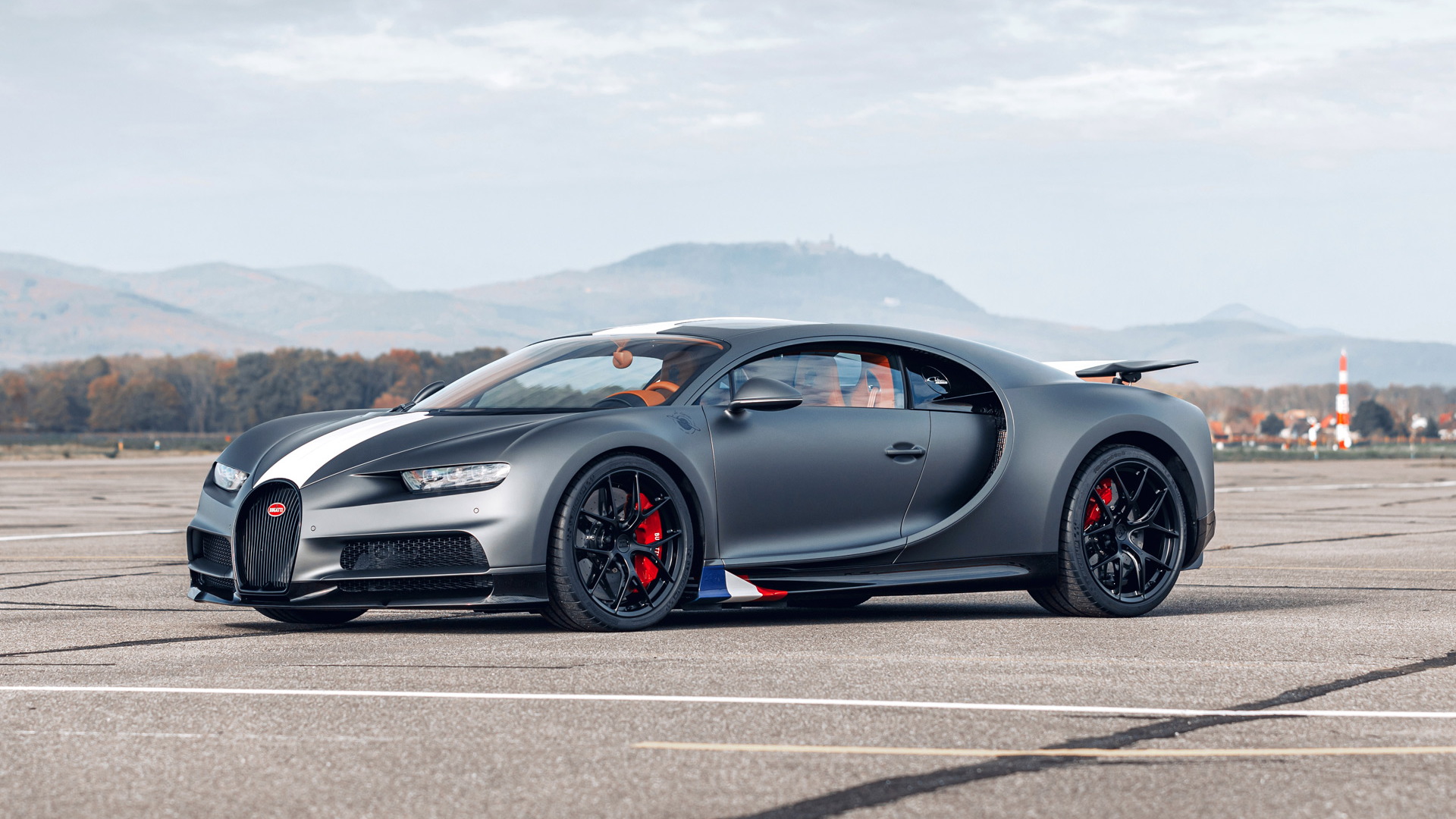 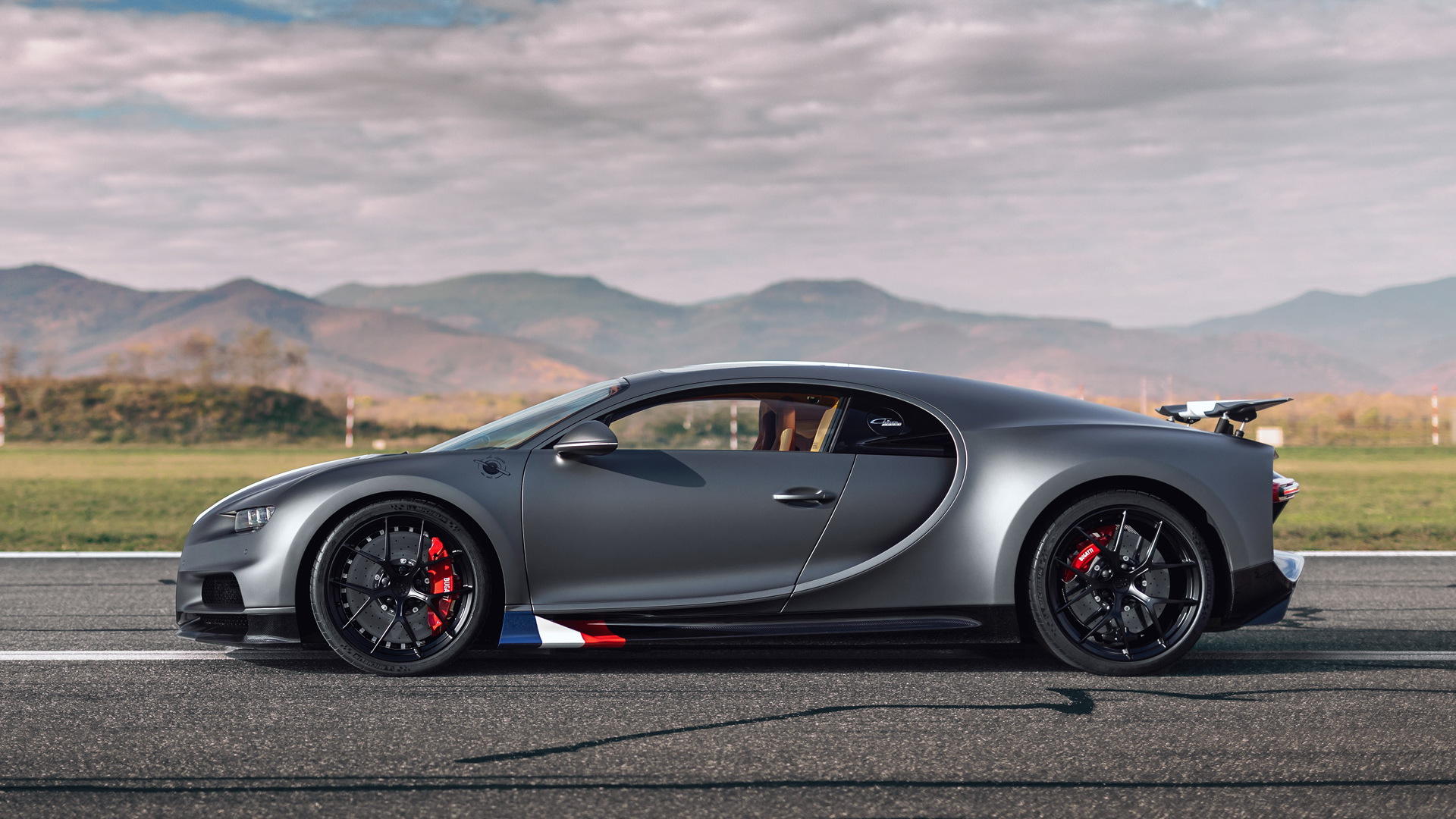 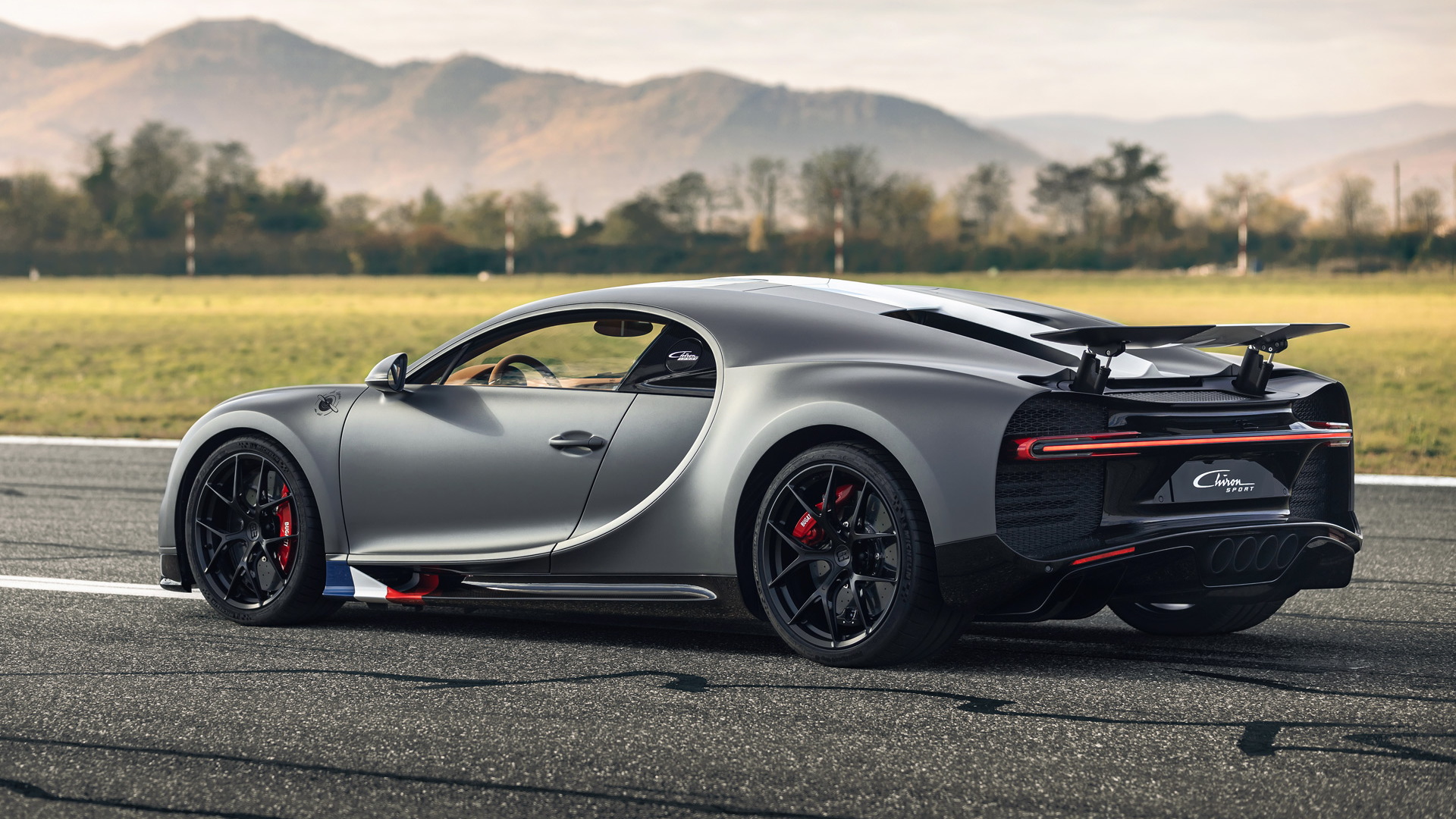 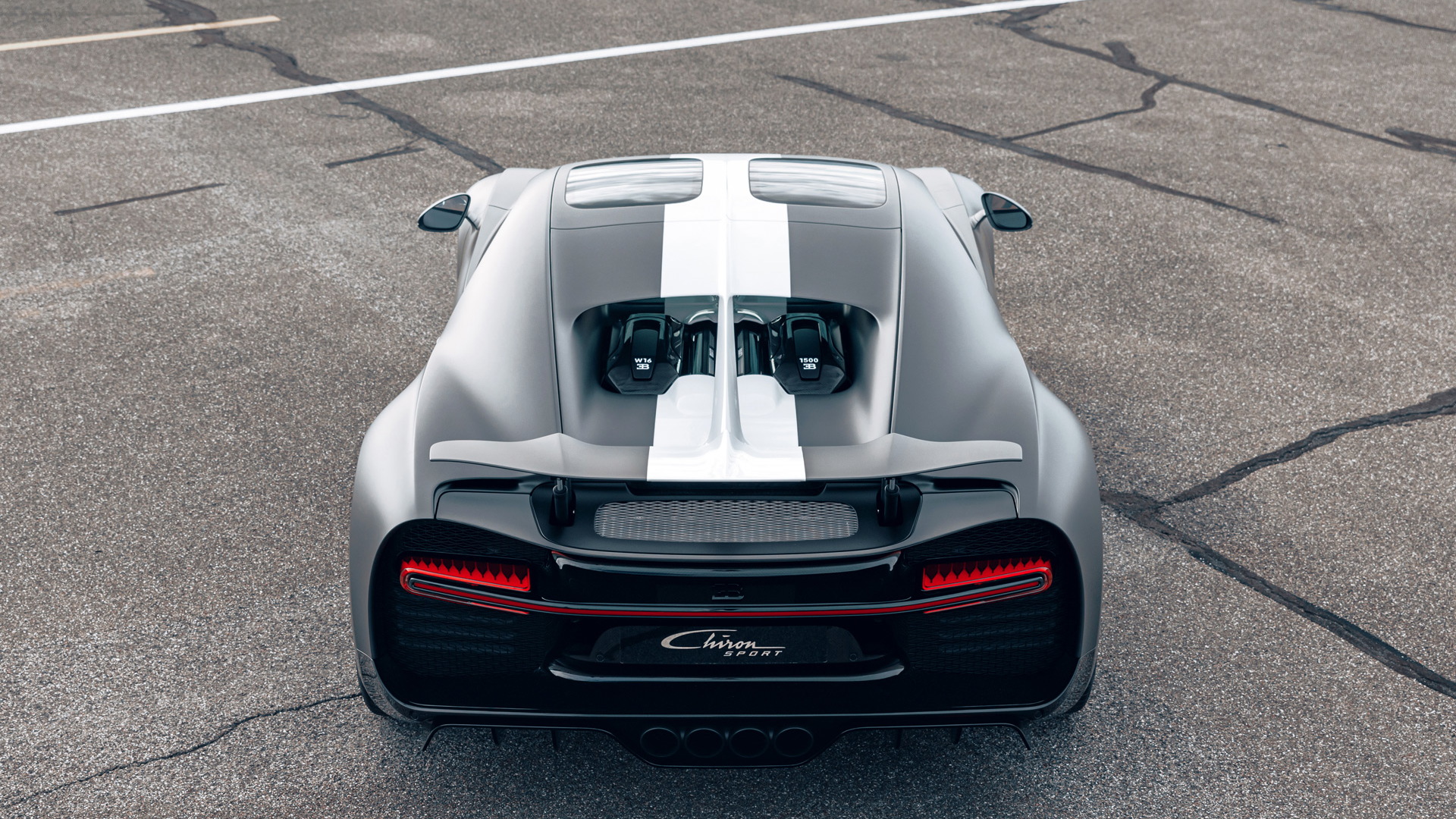 Bugatti on Tuesday unveiled the Chiron Sport “Les Légendes du Ciel,” which honors Bugatti racers like Albert Divo, Robert Benoist and Bartolomeo Costantini, all of whom flew in the French Air Force. Bugatti also noted Roland Garros, the French aviator who owned a Bugatti Type 18 and also flew for the French Air Force.

Special touches on the car include a white center line on the exterior and a number of small details that serve as a nod to the historic aircraft that some of the aforementioned pilots flew. The main gray color of the exterior, known as Gris Serpent, is also described as a modern interpretation of a typical color used on early aircraft. The iconic horseshoe grille also features a new mesh pattern here, meant to represent planes flying in formation, like you see at air shows.

Inside, the designers have gone with full leather trim, in this case a fine leather known as Gaucho. It features a light brown color similar to the color of the leather used in early aircraft, and is contrasted only by aluminum accents including an aluminum inlay with the logo "Les Légendes du Ciel." The logo can also be found on the headrests as well as a numbered plaque.

Being based on the Chiron Sport, the special edition features the full 1,480 horsepower from the Chiron's 8.0-liter quad-turbocharged W-16 but weighs some 40 pounds less than the standard car thanks to various weight-saving mods.

Just 20 examples will be built, and naturally Bugatti is making the Chiron's Sky View transparent roof available on the cars. The starting price for a Chiron Sport “Les Légendes du Ciel” is 2.88 million euros (approximately $3.4 million).