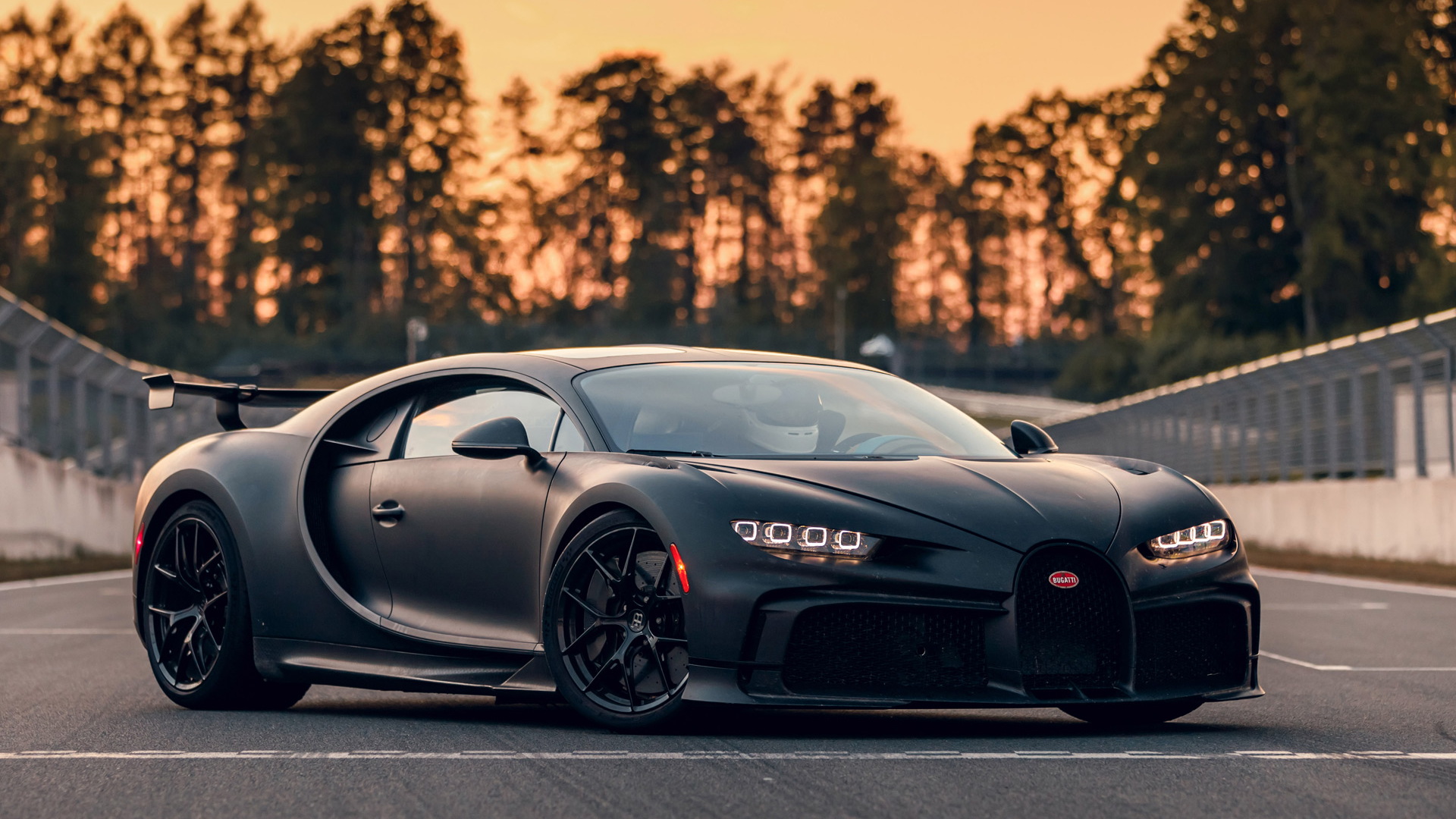 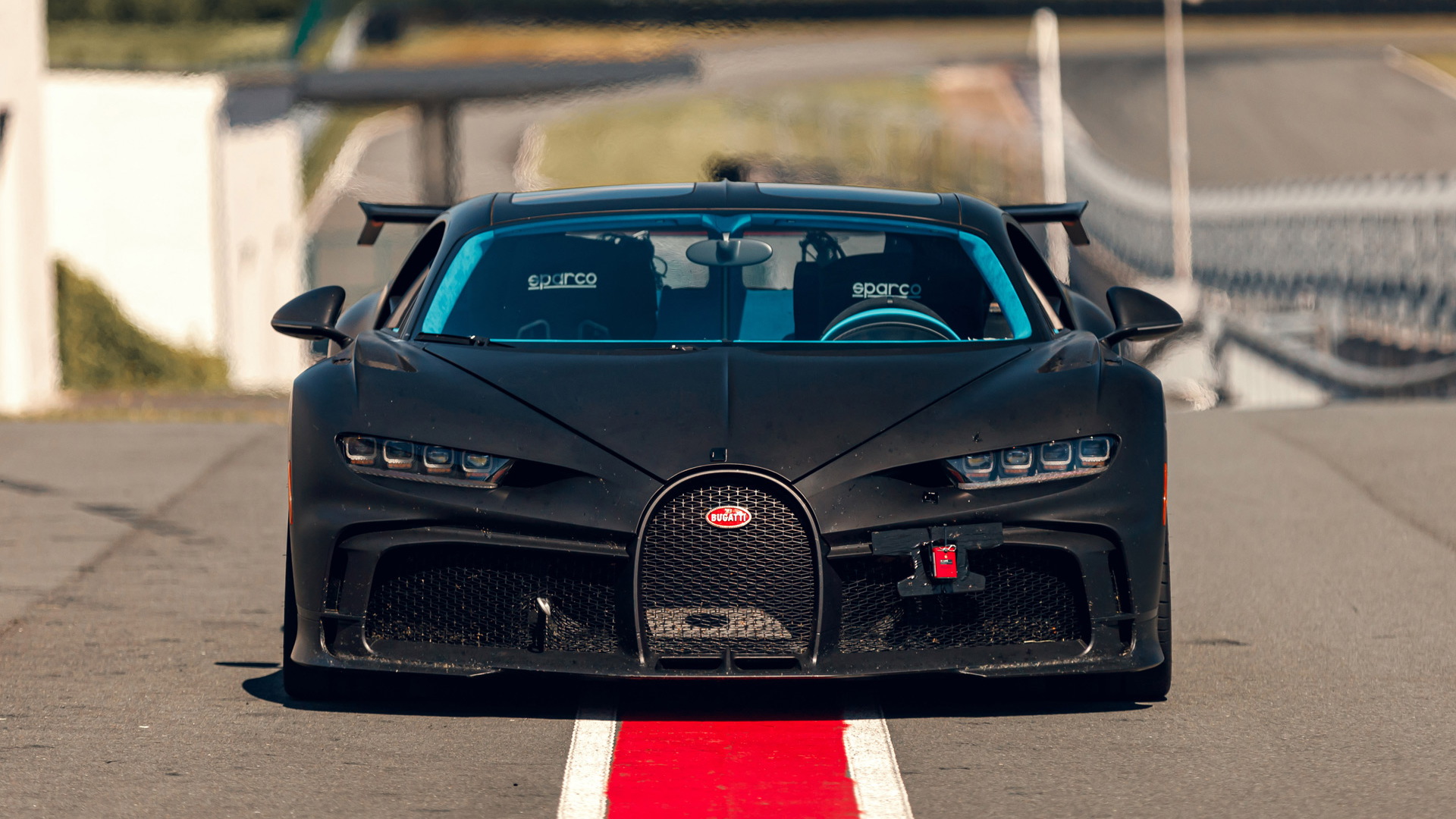 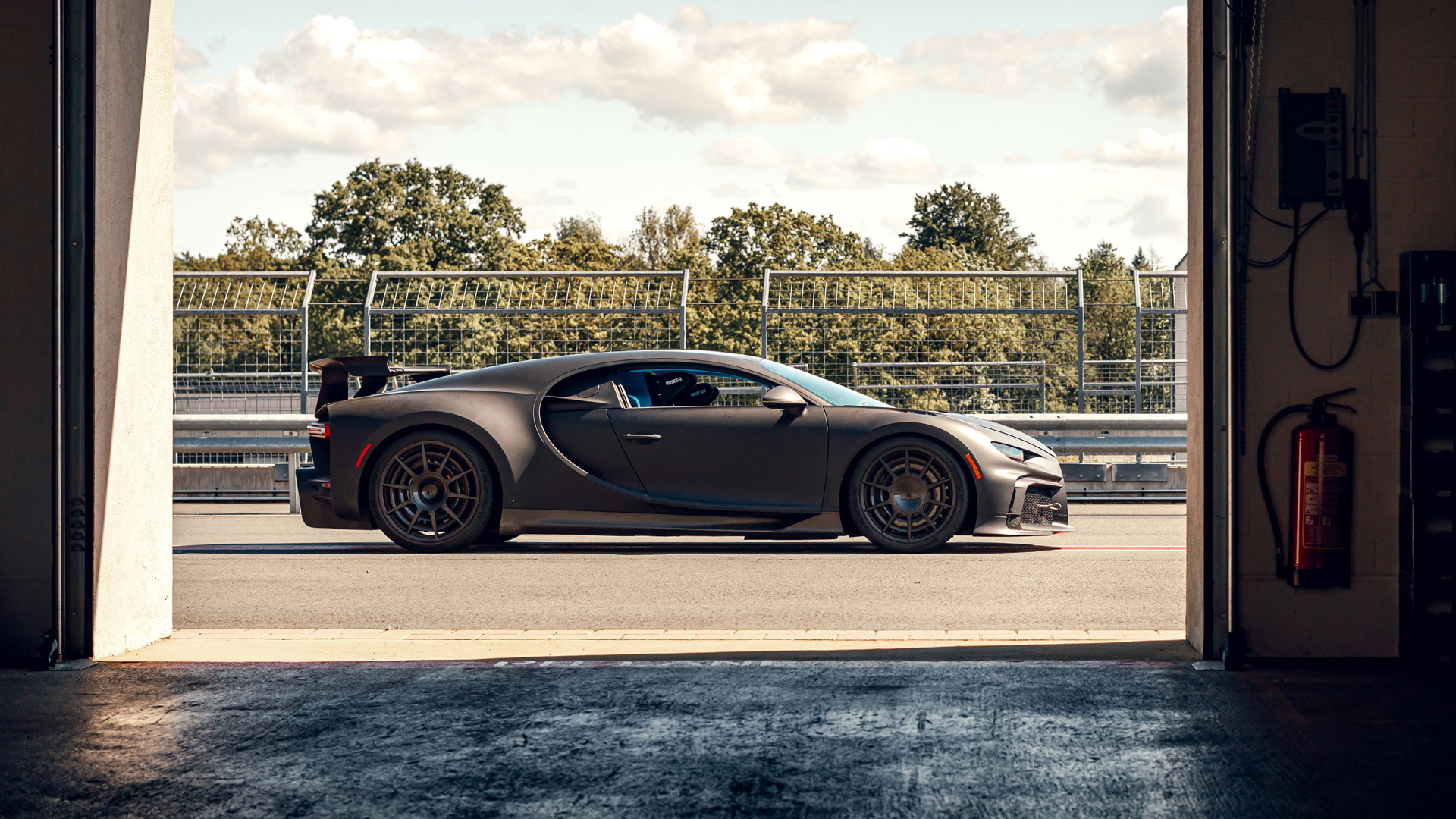 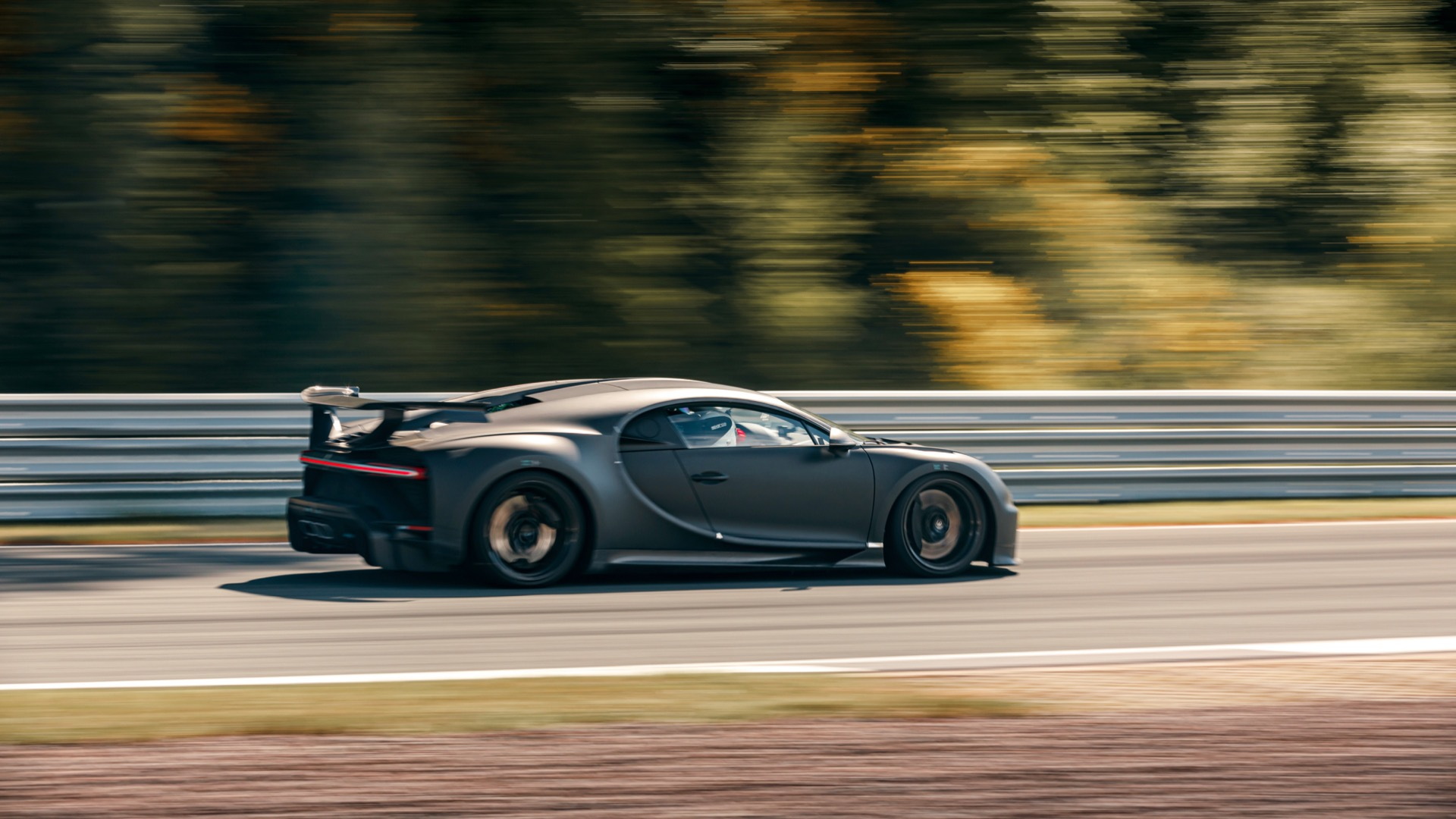 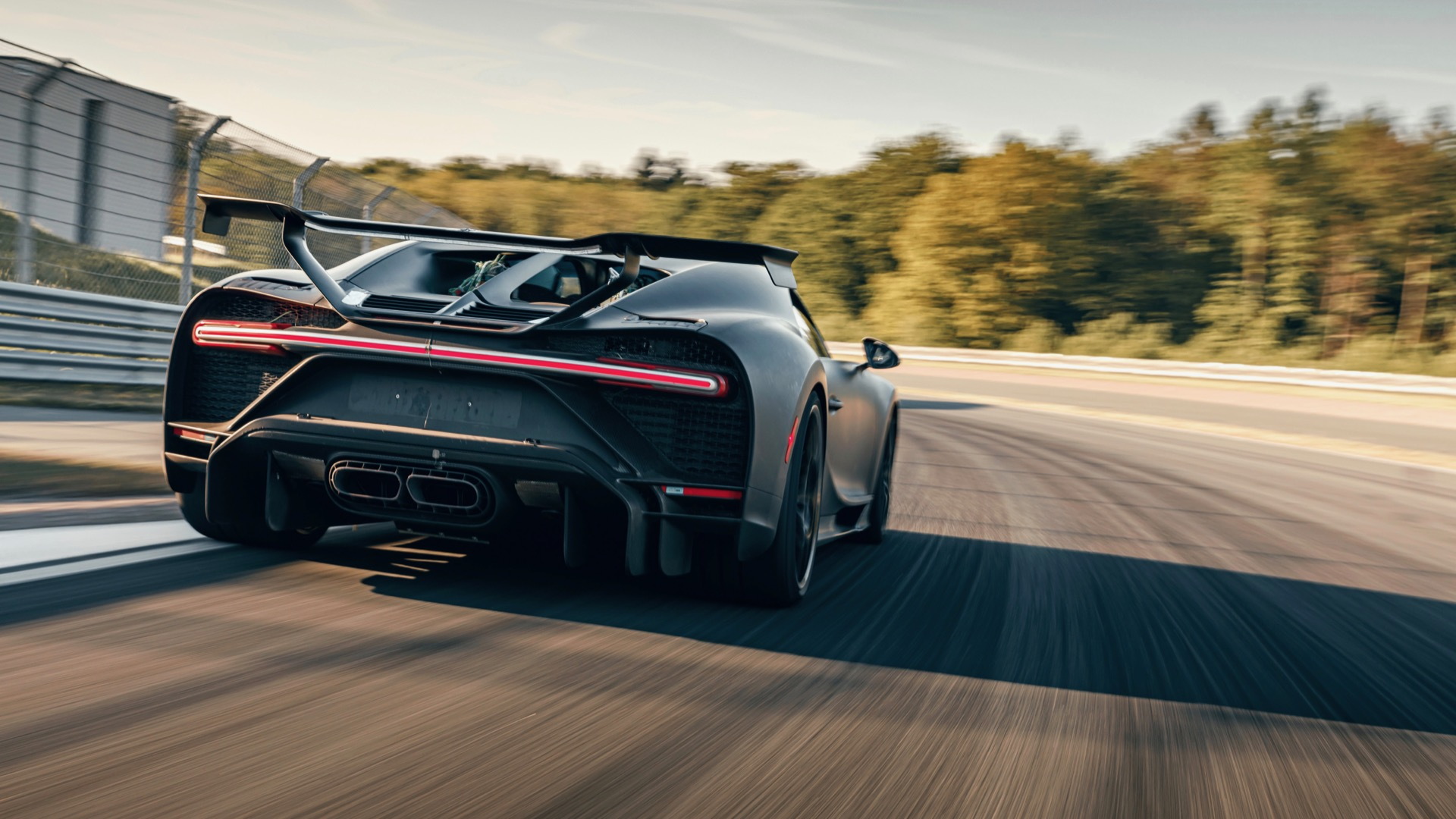 With top speed no longer its main priority, Bugatti has turned to tuning its hypercars for the whole track instead of just the straights.

The modifications over the Chiron are numerous and result in a car that handles very differently, something you'll feel right away when driving the cars back-to-back, according to Stefan Ellrott, head of development at Bugatti.

“The Chiron Pur Sport is much more agile, firm and precise,” he said. “It’s more hungry for corners, accelerates faster thanks to a shorter gear ratio and offers increased downforce thanks to new aerodynamics.”

It starts with the chassis which features carbon fiber stabilizer bars at both ends and increased negative camber of 2.5 degrees, which necessitated the need for new suspension joints, stiffer springs, and increased hardness for the bearings connection of the spring struts to the body. The result is much more accurate steering feel.

The aerodynamics were also tweaked for increased downforce, with a large fixed rear wing and longer diffuser added. Interestingly, another key mod in this department is the pattern of the wheels. The engineers developed an optional blade design that helps to suck air from the wheel arches at high speeds and direct this through the wheel, in the process increasing downforce. The light design of the wheels also helps to save 35 pounds of weight, or almost a third of the total 110-pound weight saving of the Pur Sport over the Chiron.

The tires also play an important role in increasing the Pur Sport's track prowess. Bugatti worked closely with Michelin to develop a specific Sport Cup 2 R tire that measures 285/30R20 at the front and 255/25R21 at the rear. It features a newly developed tire structure and a softer rubber compound optimized for the chassis, resulting in ten percent more lateral acceleration.

Because of the softer tires, the increased negative camber, and the increased downforce, the engineers needed to cap the top speed of the Pur Sport at 217 mph, down from the Chiron's 261 mph.

The engineers also worked over the powertrain to take advantage of the lighter and stiffer chassis. Drive comes from the familiar 8.0-liter quad-turbocharged W-16 which still delivers a peak 1,480 horsepower. However, the engine in the Pur Sport reaches its peak power between 6,700 and 6,900 rpm, or 200 rpm higher than in the Chiron.

The 7-speed dual-clutch transmission has also been tweaked, with the engineers shortening each gear to bring the ratios 15 percent closer together. It means the Pur Sport will sprint to 62 mph in just 2.3 seconds and to 124 mph in 5.9 seconds, versus 2.4 seconds and 6.1 seconds, respectively, for the Chiron. The changes also make the Pur Sport two seconds faster than the Chiron when accelerating from 37 to 75 mph.

Finally, the engineers developed a new Sport+ driving mode to join the Chiron's EB, Autobahn and Handling modes. In this new mode, the electronic stability control intervenes much later than normal, allowing for more slip and as a result the ability for long, controlled drifts. There's enough leeway that drivers will be able to control the Pur Sport just using the throttle, according to the Bugatti.

Track testing of the Pur Sport is ongoing. The development team signed off on testing at the Bilster Berg circuit in Germany in May and will soon head to the nearby Nürburgring for the next round. Production is scheduled to start in the second half of the year and just 60 will be built—each priced from $3,599,000.