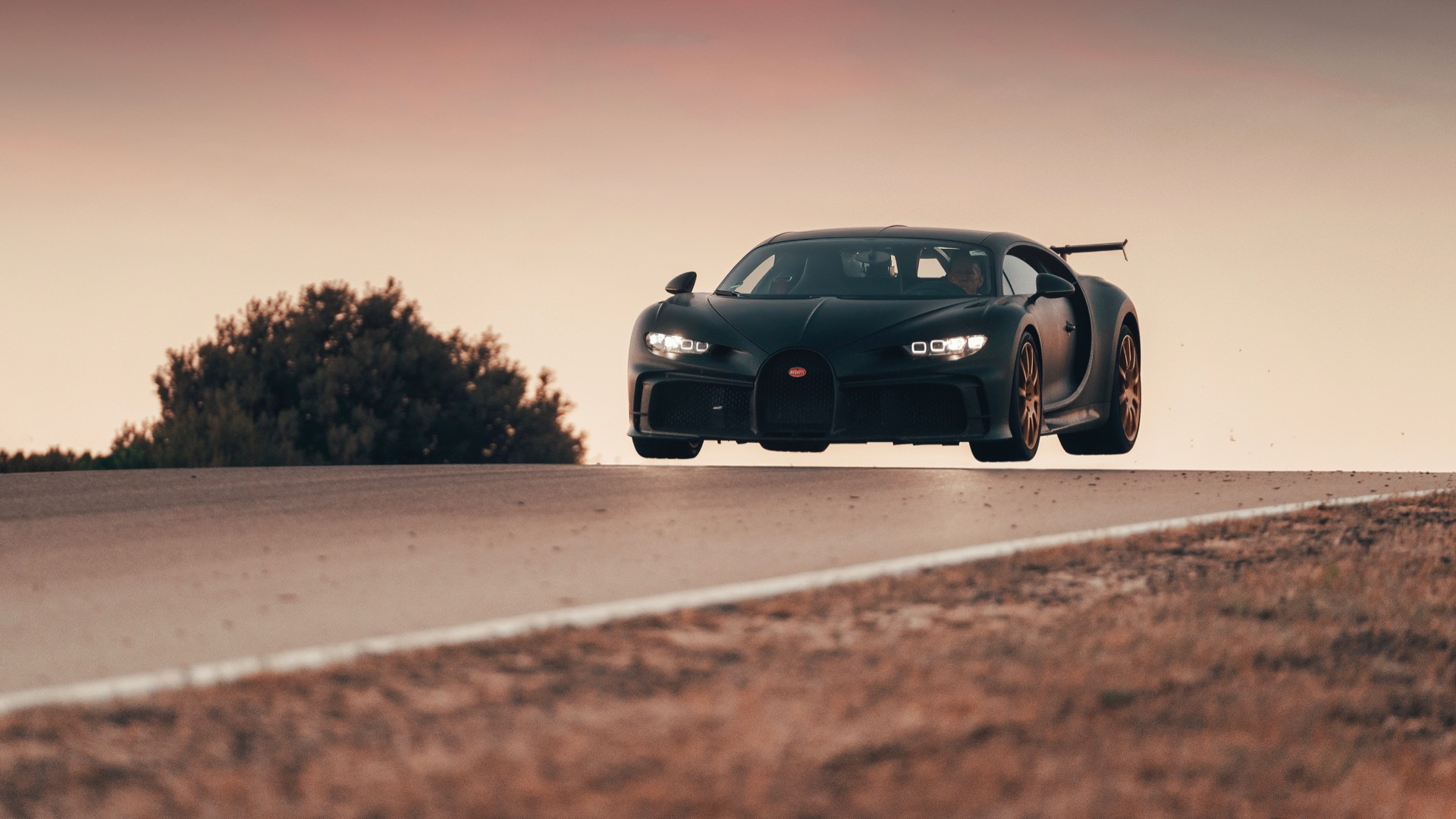 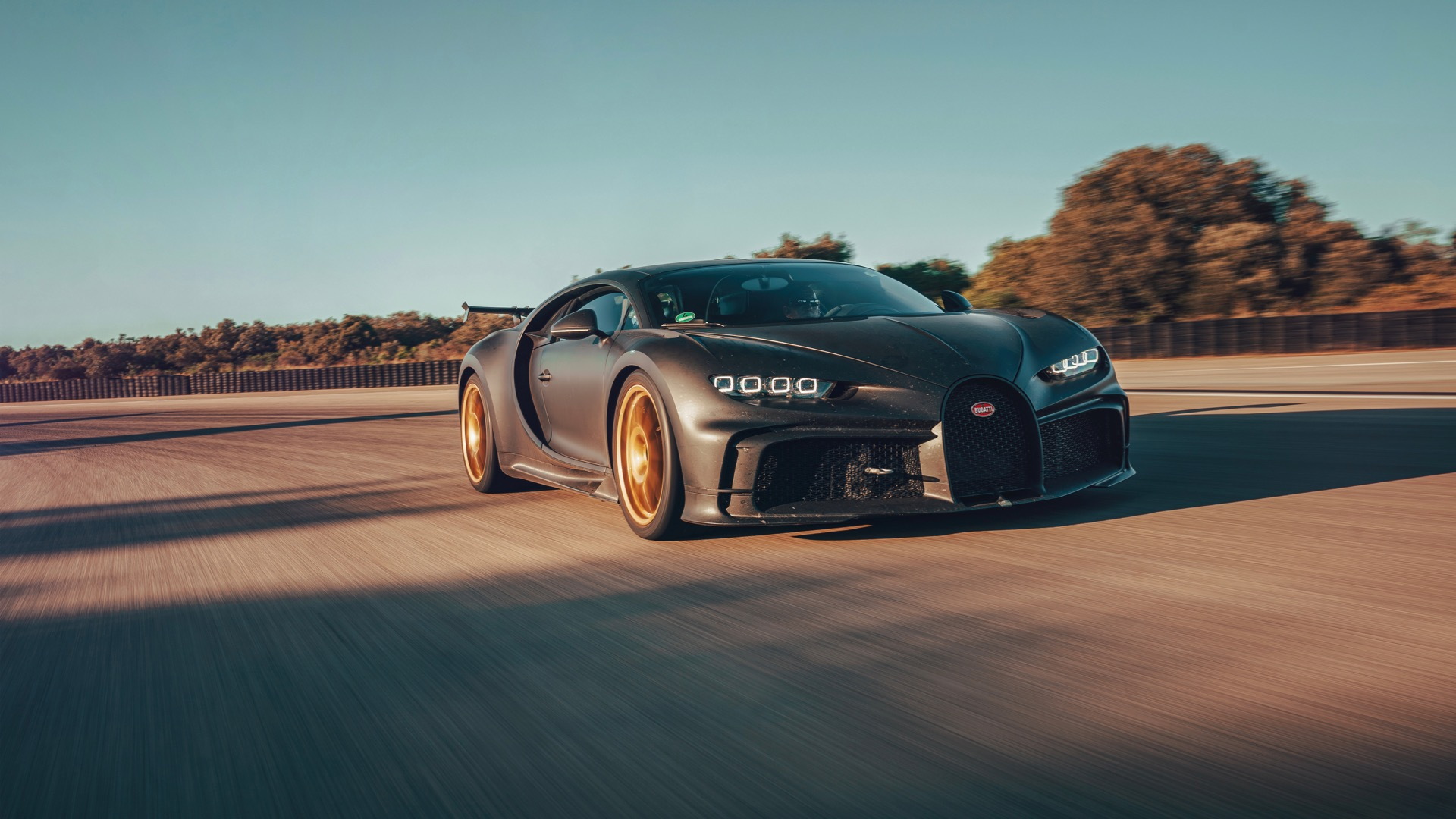 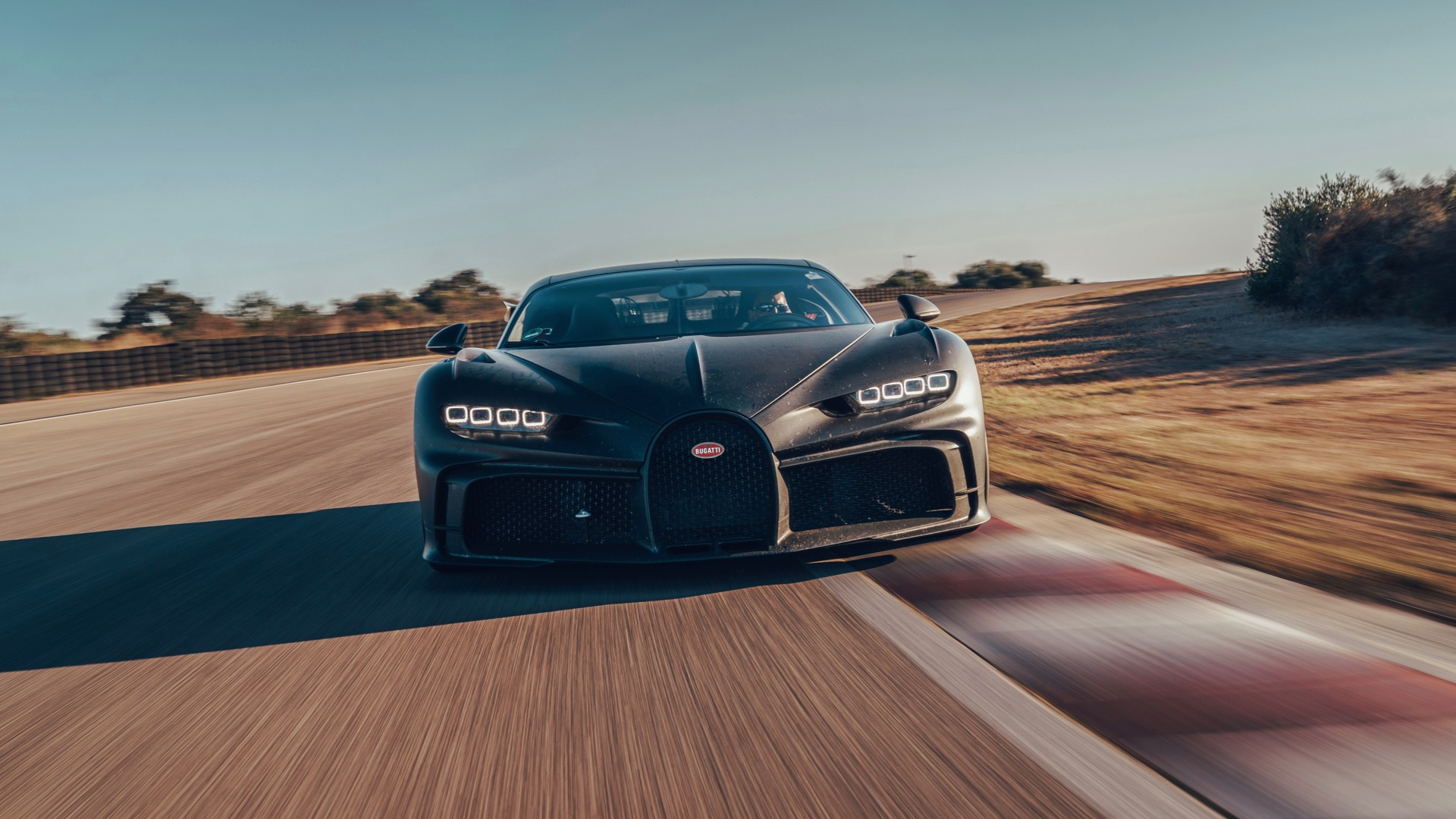 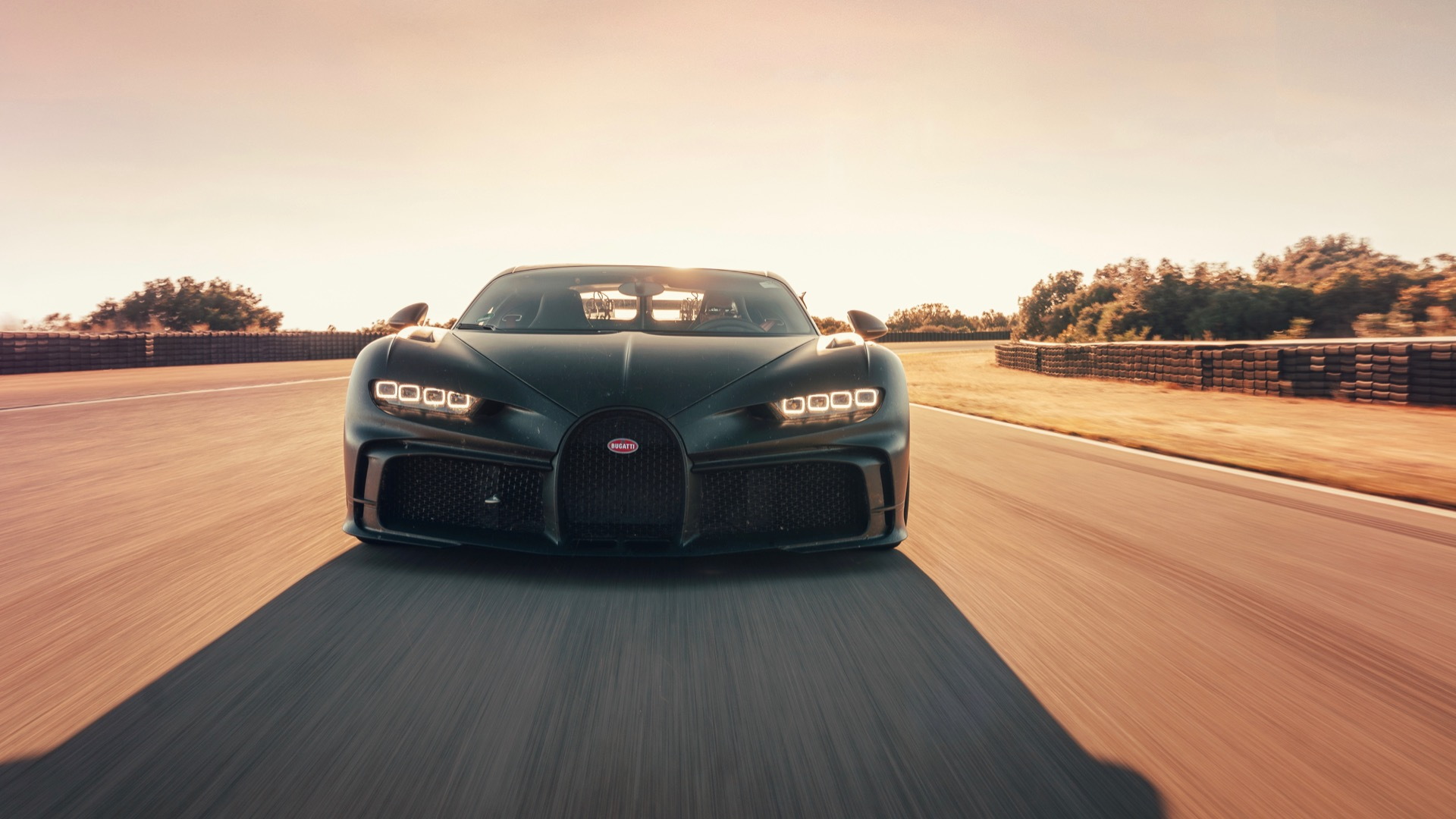 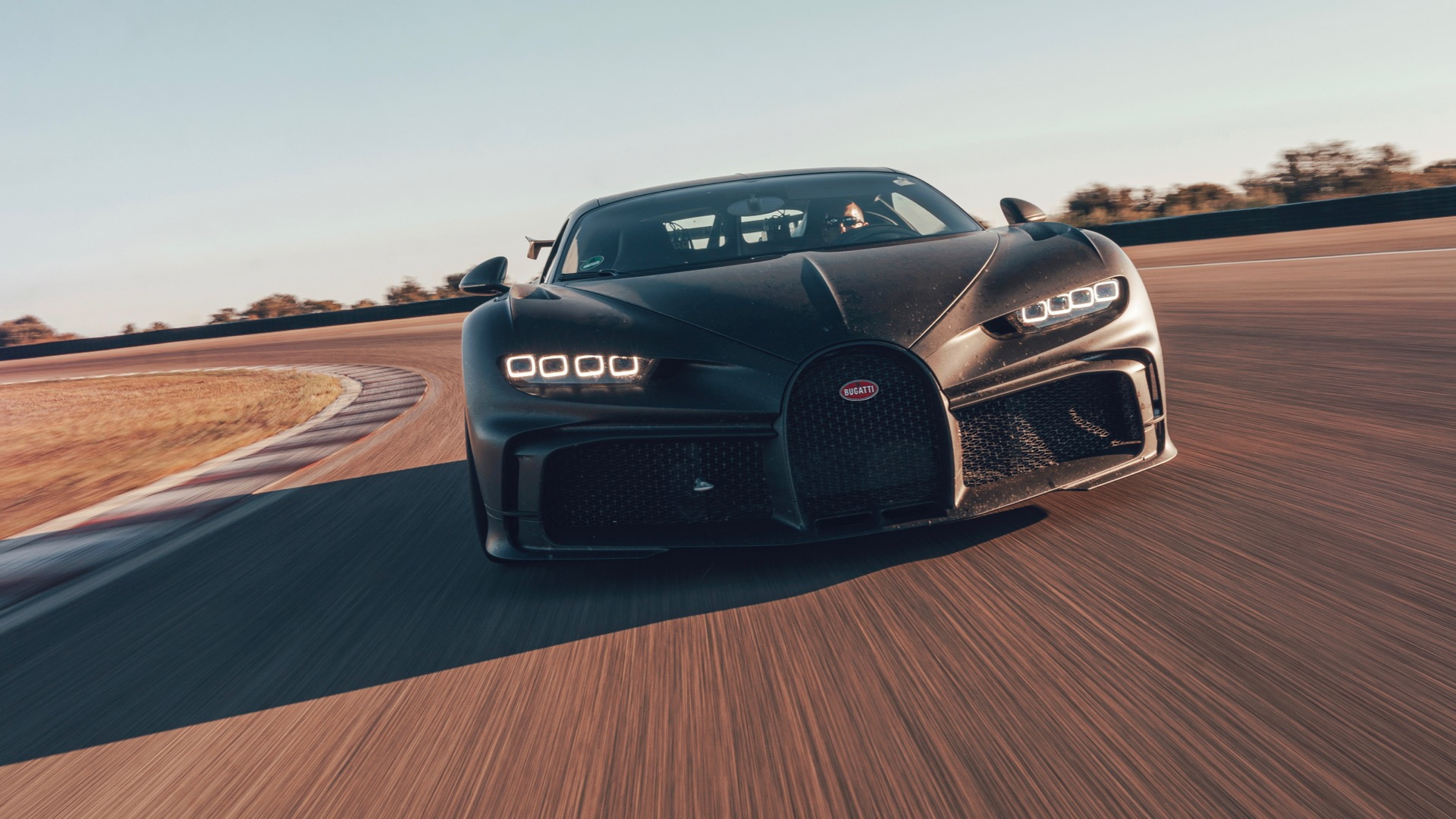 Bugatti on Wednesday released photos of its hardcore Chiron Pur Sport getting a final shakedown at Italy's Nardo circuit ahead of the start of production later this year.

A more track-focused version of the Chiron, the Pur Sport was unveiled in March, and the push toward production has continued despite the ongoing coronavirus pandemic.

Engineers are now fine-tuning the engine control system, transmission, brakes, and running gear, according to a Bugatti press release. Bugatti test driver and 24 Hours of Le Mans winner Andy Wallace also drove the car at Nardo to give his feedback.

The Pur Sport was designed to emphasize handling rather than top speed. To that end, engineers added carbon fiber stabilizer bars and increased negative camber by 2.5 degrees. This necessitated other suspension modifications, including stiffer springs and harder bushings, all to give the Pur Sport a more precise handling feel.

Aerodynamic elements were tweaked to produce more downforce. Unlike the standard Chiron, the Pur Sport has a fixed rear wing, as well as a longer diffuser and model-specific wheels. The design of the wheels generates downforce, and also saves 35 pounds of weight, about one third of the total 110-pound weight savings of the Pur Sport over the Chiron. Those wheels are wrapped in Michelin tires with a softer, grippier compound than the standard Chiron's tires.

The changes lower the Pur Sport's top speed to 217 mph, compared to 261 mph for the standard Chiron. Power is still provided by an 8.0-liter quad-turbocharged W-16, which still delivers a peak 1,480 horsepower. However, the power peak is between 6,700 rpm and 6,900 rpm—200 rpm higher than the standard Chiron.

Production is scheduled to start this fall and just 60 Pur Sports will be built—each priced from 3 million euros (approximately  $3.5 million).

Bugatti also started delivering the limited-edition Divo hypercar to customers last month. Its development of the world's fastest car, the Chiron Super Sport 300+, is ongoing, however..