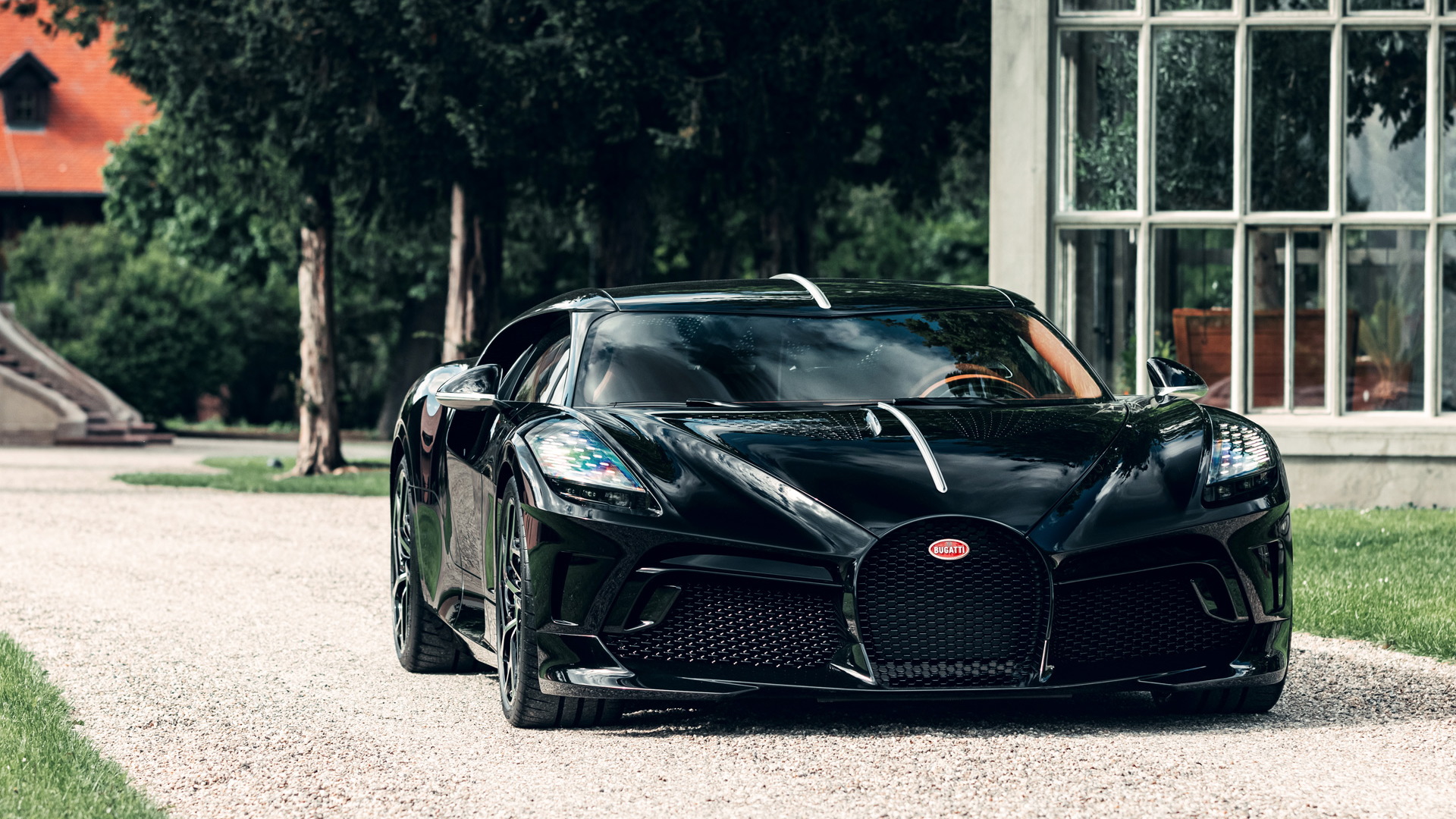 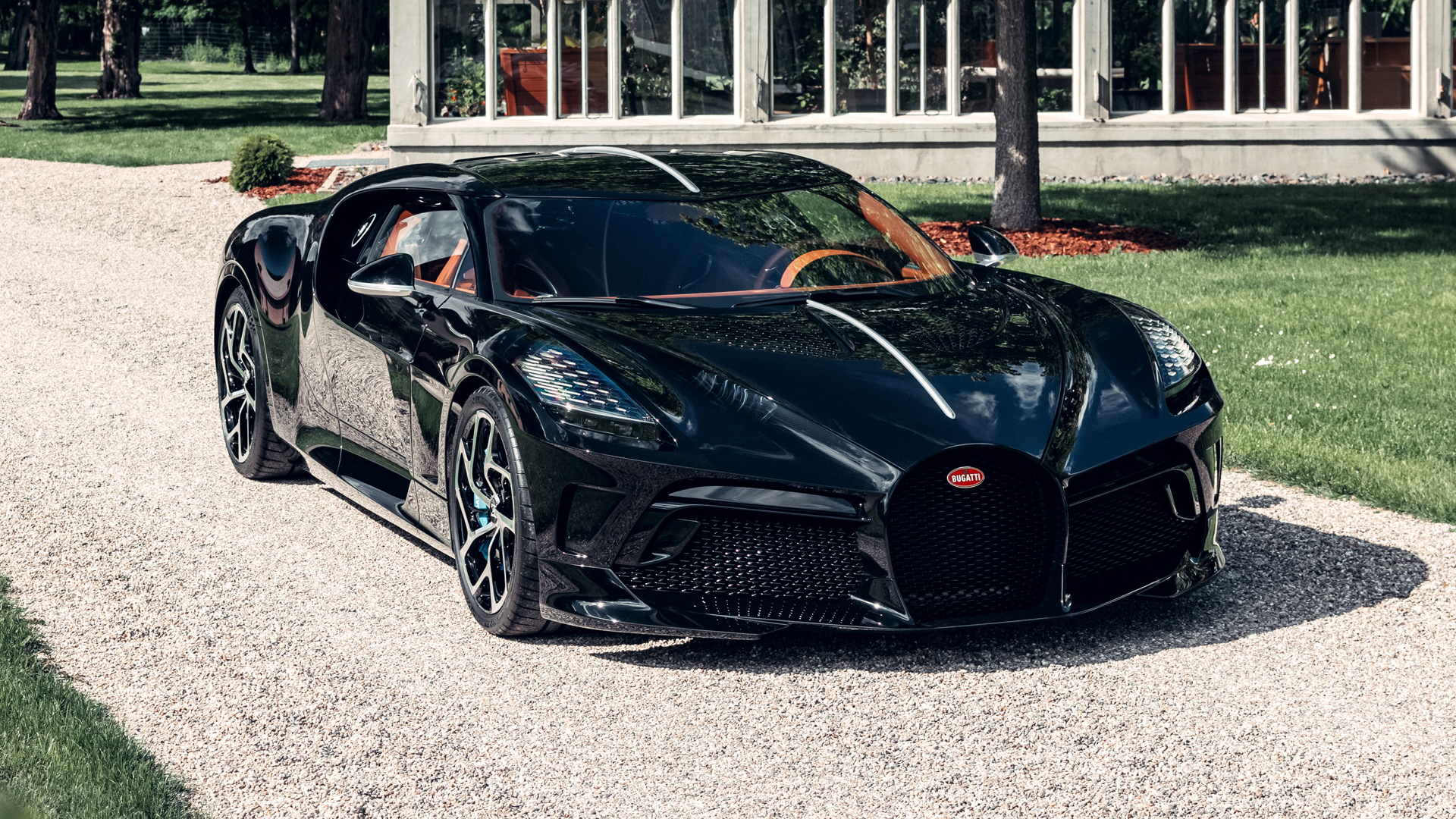 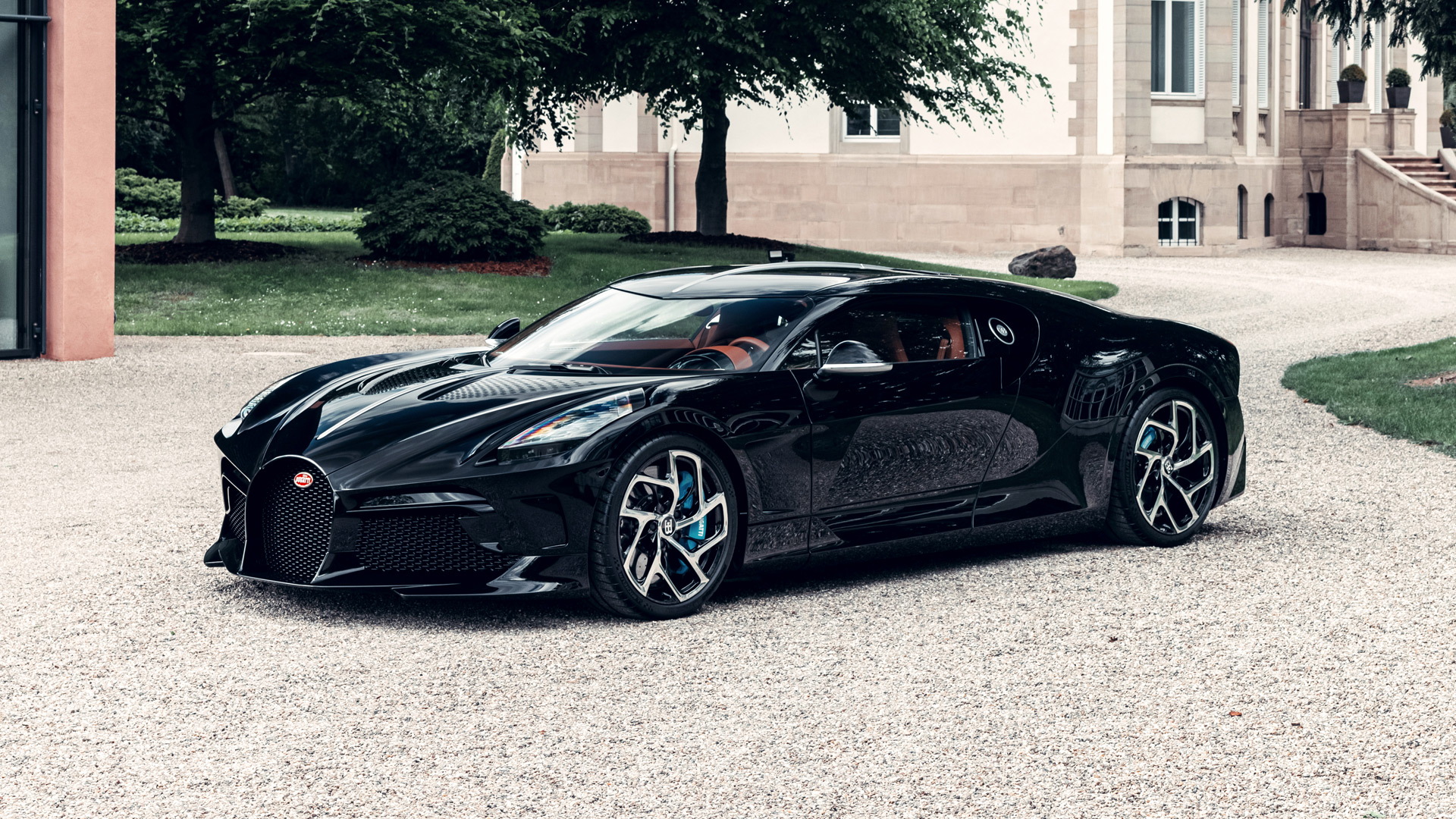 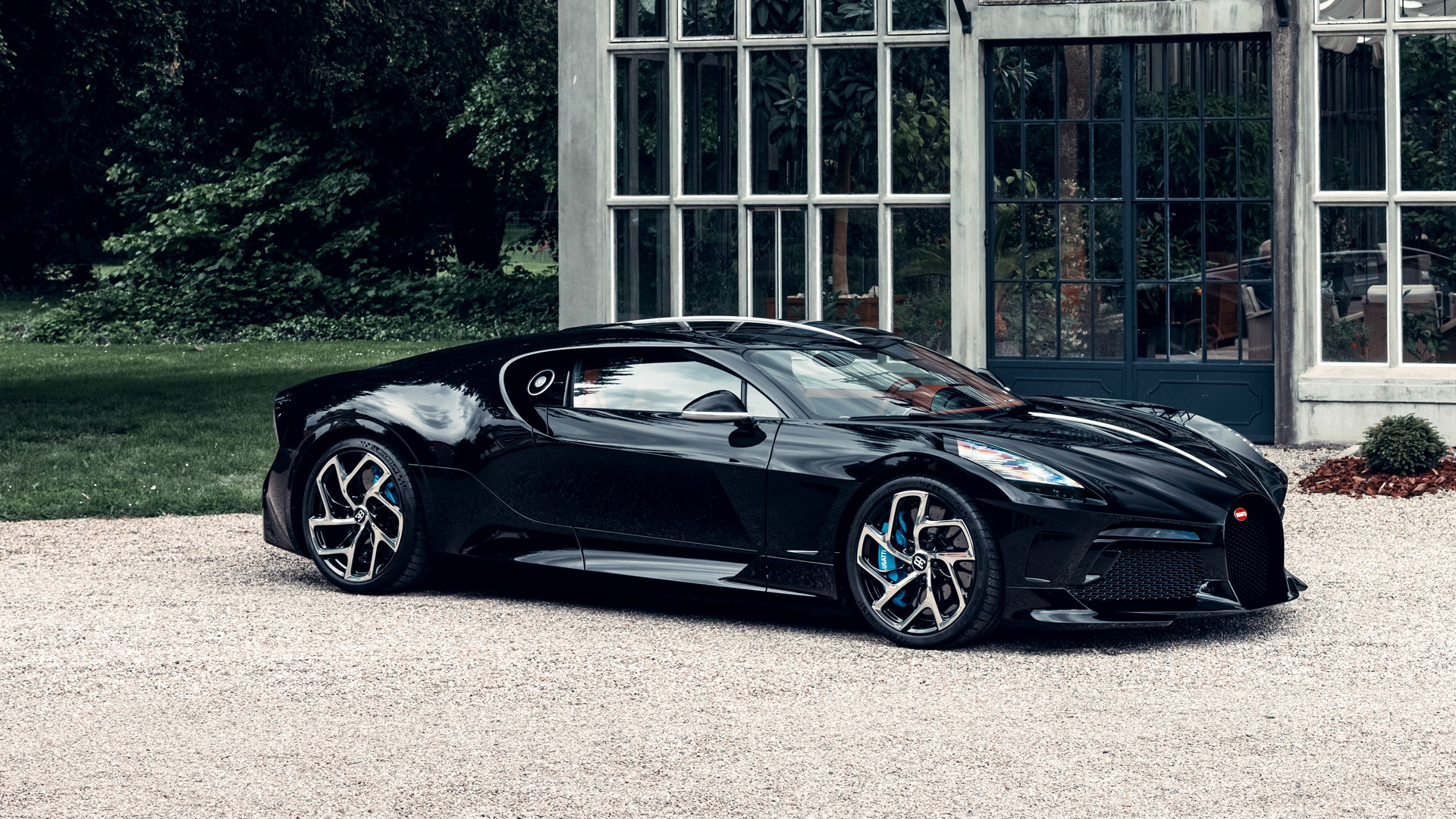 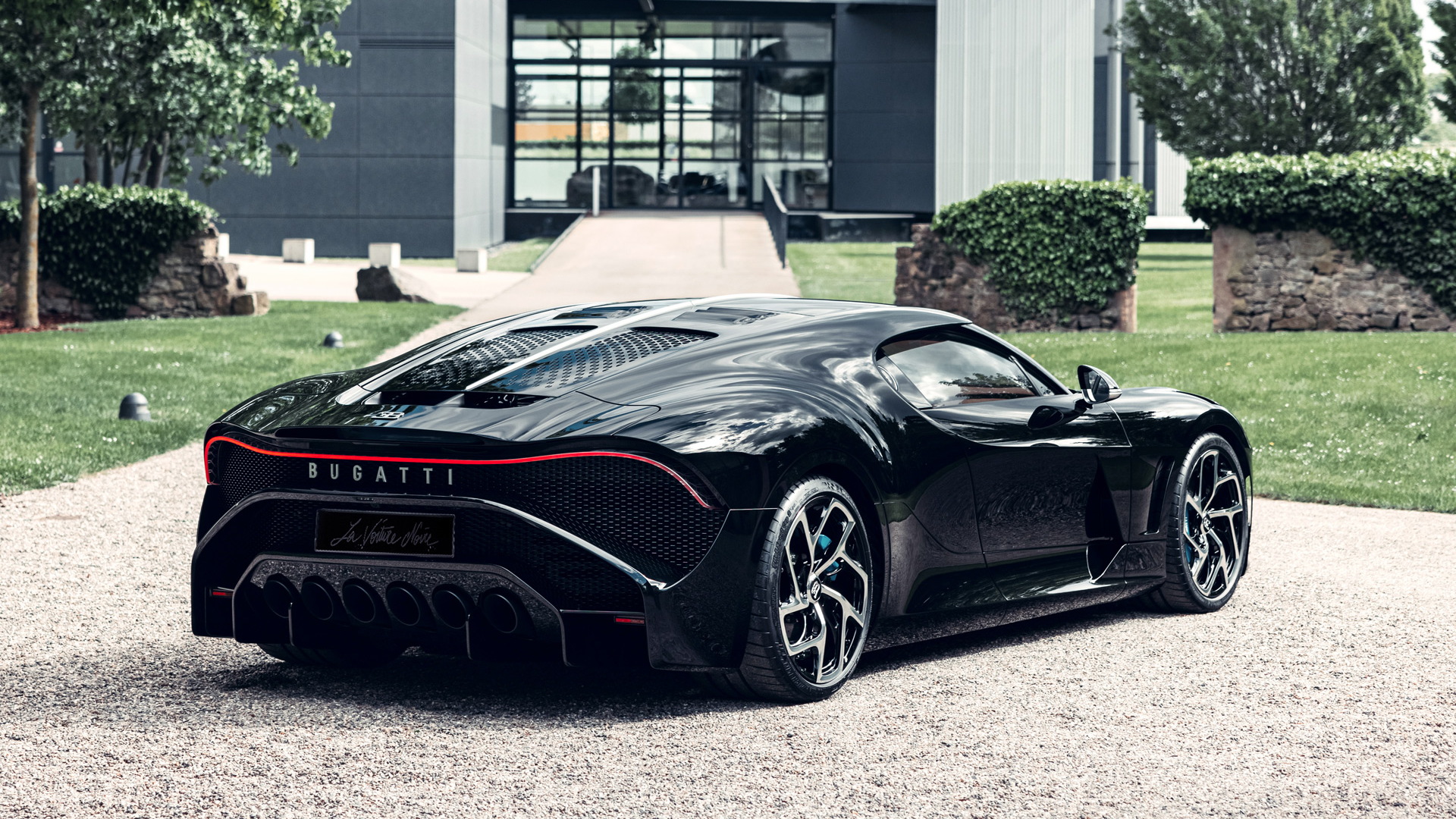 The Bugatti La Voiture Noire was one of the stars of the 2019 Geneva International Motor Show, but the car on display was a design buck, moved about using a low-powered electric motor. Fast forward to today and the car's owner, whoever he or she may be, can now finally look forward to taking delivery as the one-and-only production example has been completed. Bugatti formally presented the car on Thursday at its headquarters in Molsheim, France.

It's based on the Chiron platform, and power also comes from the Chiron's 8.0-liter quad-turbocharged W-16. The engine delivers 1,480 hp in the Chiron but Bugatti's recent one-offs have been receiving a 1,577-hp version of the engine. It's likely the more powerful engine is the version fitted here.

But why the two-year delay between the Geneva reveal and the completion of the customer car? Even though the La Voiture Noire shares its internals with the Chiron, there have been extensive modifications. Naturally there's the new body whose cooling and aerodynamic characteristics needed to be honed. Then there's also the extended wheelbase and new wheels which also result in new handling. Remember, this is a car that needs to be safe to drive at speeds of well over 250 mph.

As a result, every new part needed to pass Bugatti's tough testing and quality procedures. This includes extensive simulations followed by testing in the wind tunnel and on test benches, and then on test tracks and proving grounds. Yes, even though the La Voiture Noire is a one-off, it still goes through the same development process as Bugatti's higher volume models. We're talking around 65,000 engineering hours.

The exterior design was the brainchild of current Bugatti design boss Achim Anscheidt, who had imagined the car more than 20 years ago. Similarities to the Type 57SC Atlantic include the dorsal line and the row of six exhaust tips. The modern car's taillight strip also mimics the character line that joins the rear fenders of the Type 57SC Atlantic.

Inside, the designers went with grain leather in Havana Brown, the color chosen due to its historical connection to the original car. There are also polished and turned aluminum dash accents, plus a drive mode selector crafted from rosewood.

When all is said and done, the La Voiture Noire now enters the history books as one of the most expensive new cars ever sold with a price of 11 million euros (approximately $13.2 million). As for the identity of the owner, Bugatti is only willing to say that the car has ended up with an enthusiast of the brand.