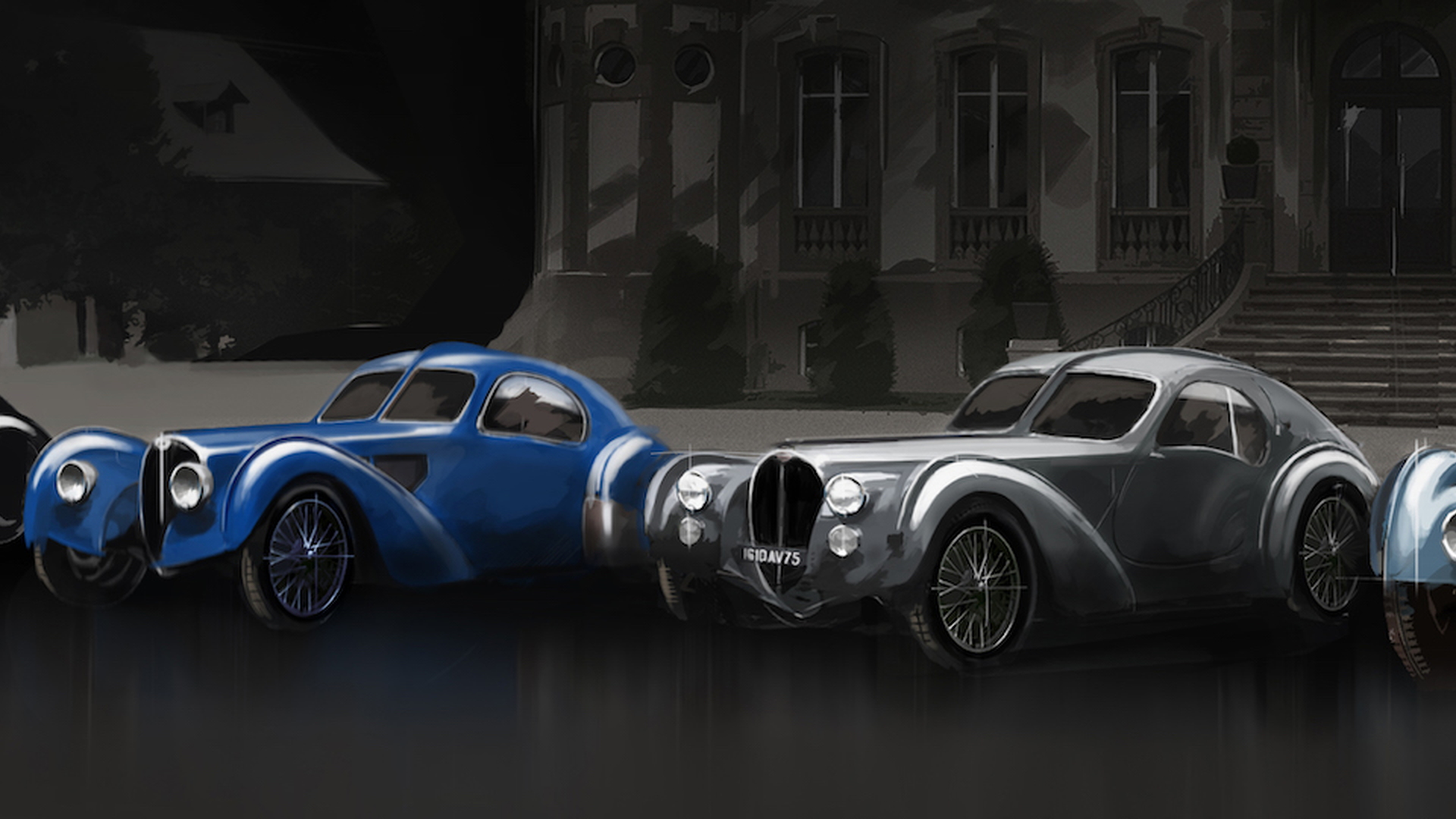 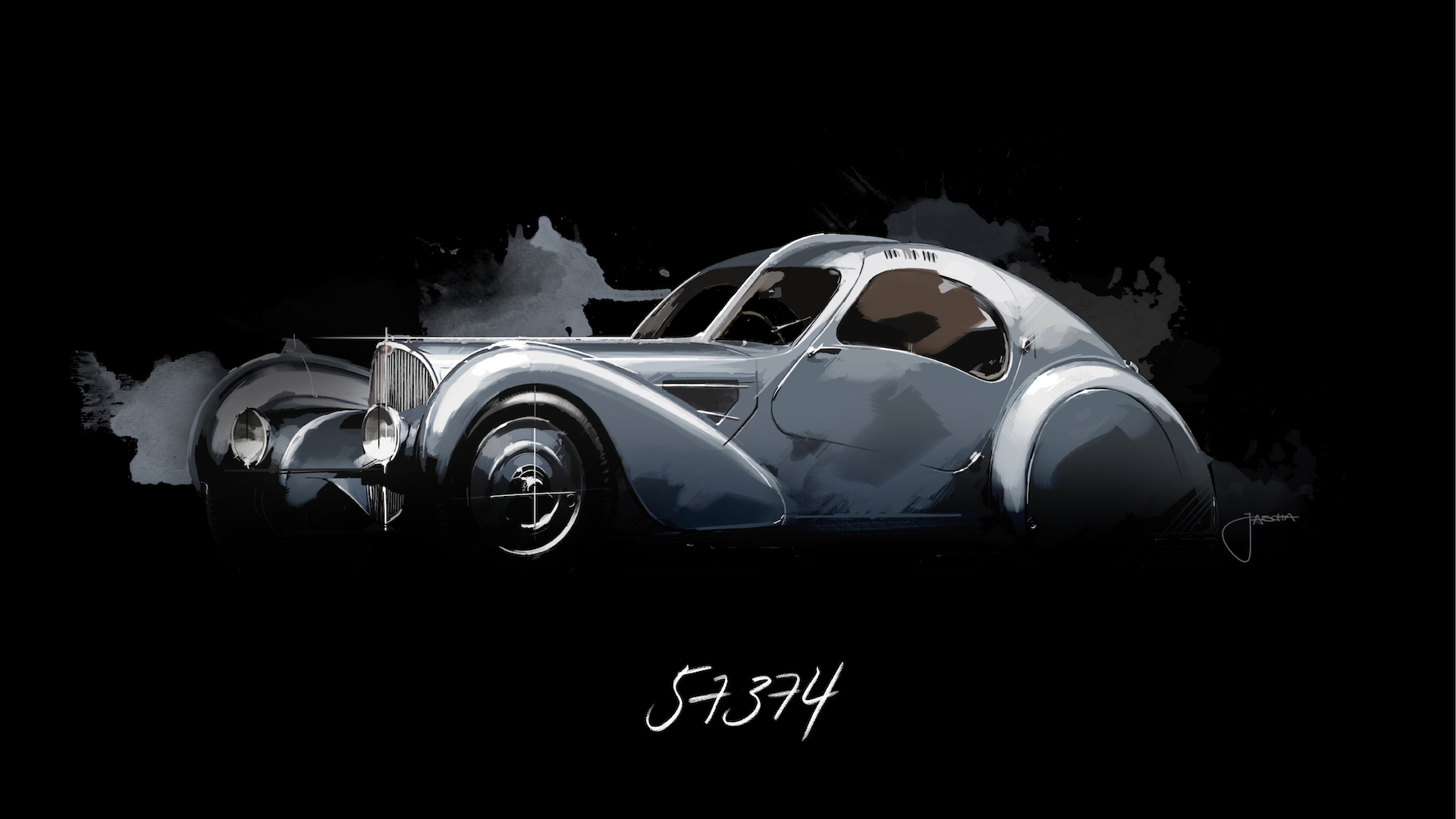 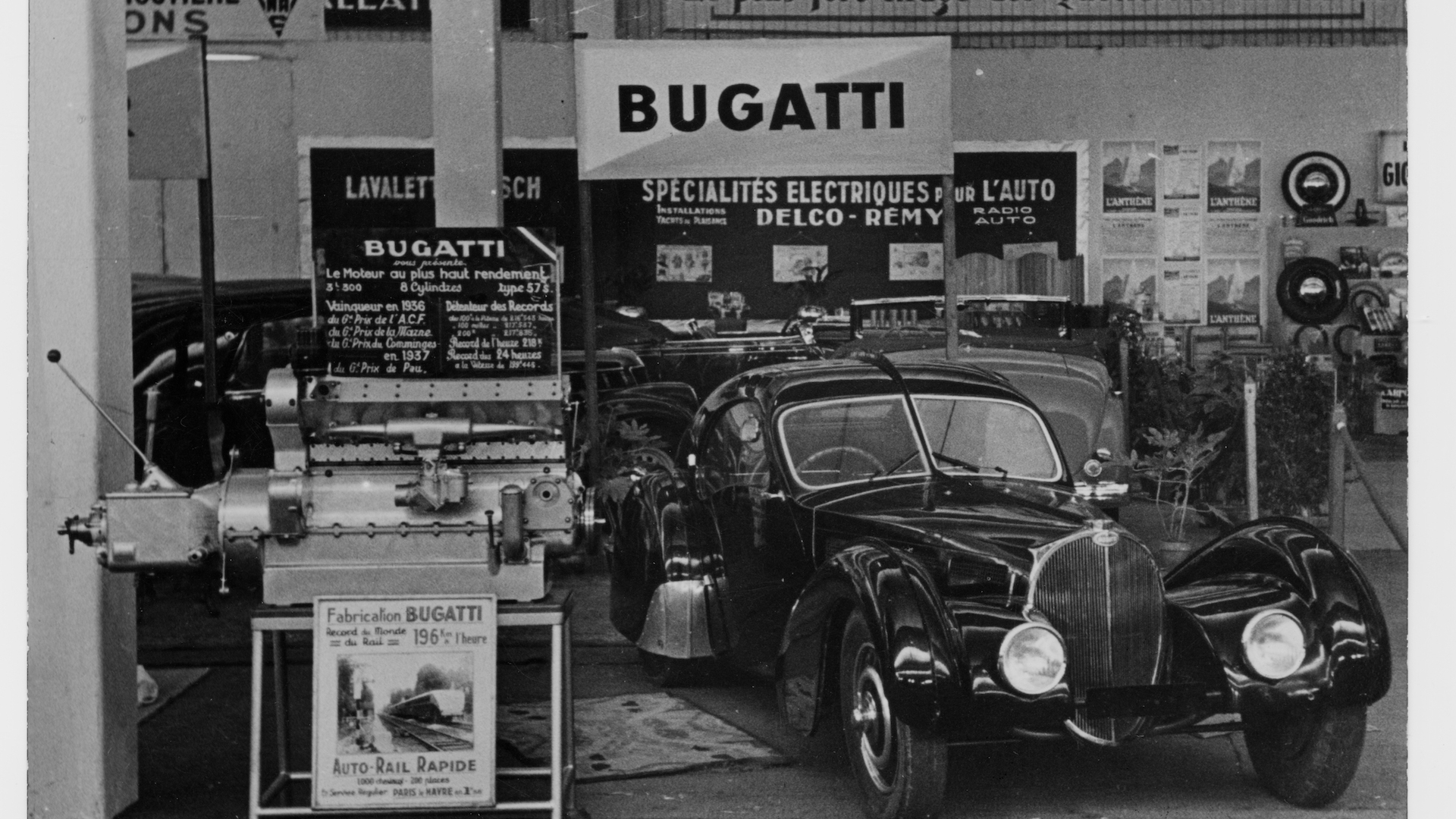 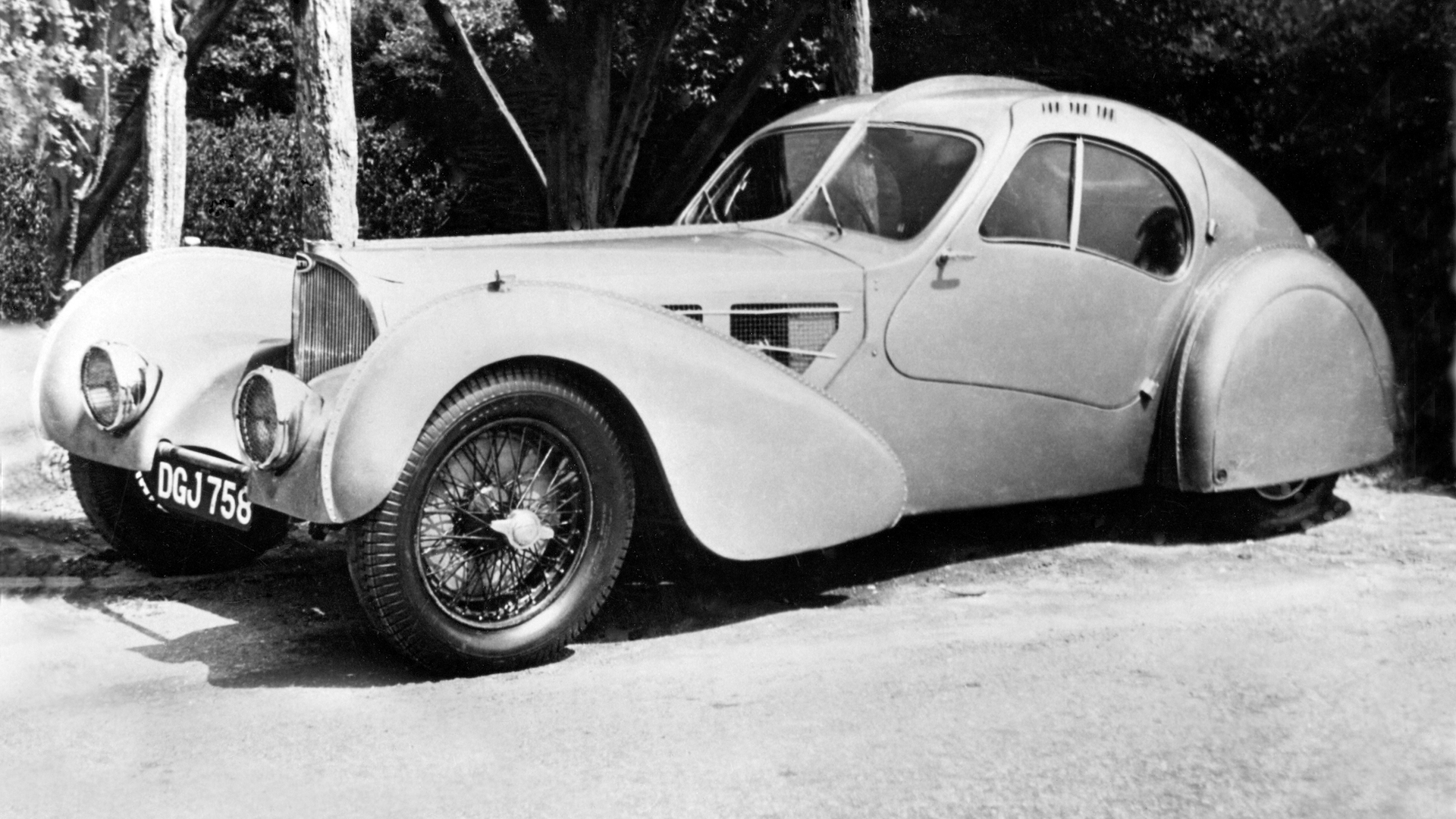 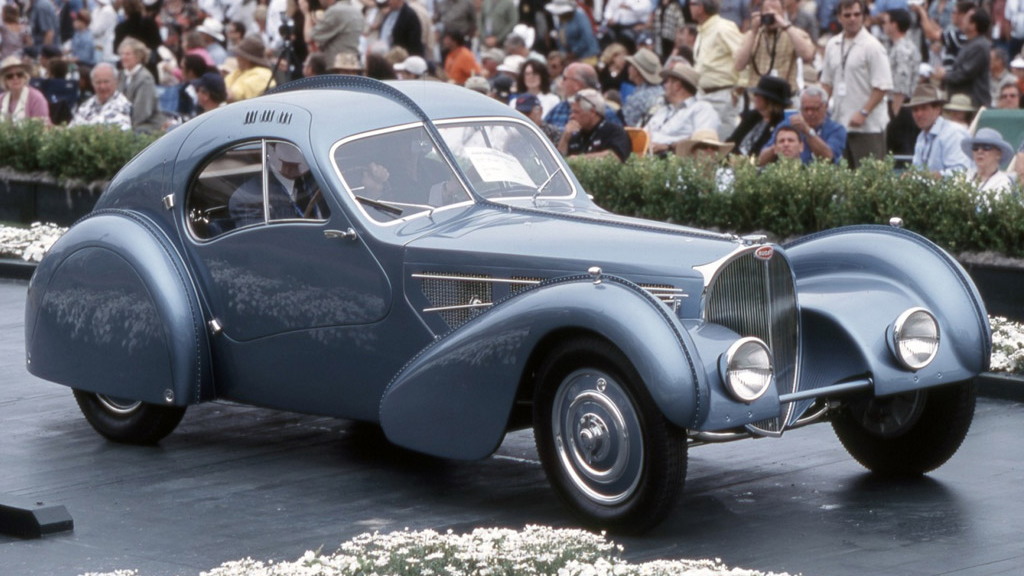 Eyes widen when cars fetch six-figure prices at auction. Mouths drop when the bid reaches seven figures. Eight figures? Remarkable, and the Bugatti Type 57SC Atlantic is one of only a few cars that has achieved such value—$30-plus million to be exact. For the Bugatti Type 57SC Atlantic's 80th birthday, the French luxury marque decided to take a look back on how the incredibly rare coupe came to be.

Bugatti only built four of the delightfully swoopy coupes between 1936 and 1938 and they remain the crown jewels of Bugatti production cars. The models came to life when Ettore Bugatti’s son, Jean, decided to modernize the company's vehicle lineup. Rather than building many different models, Bugatti decided to develop one car with different variants. The Type 57 bore the Galibier sedan, Stelvio convertible, Ventoux two-door sedan, and Atalante coupe. By 1940, Bugatti ended production of the model with 800 produced.

The Type 57SC Atlantic, however, was different. Jean developed the unique car from the Aérolith prototype and used aluminum for the body. The exterior also featured rivets, which recalled the Atlantic prototype made from aviation materials. Bugatti decided to name the coupe the "Atlantic" in honor of Bugatti’s friend Jean Mermoz, who never returned from a South Atlantic aviation journey in 1936.

The unique design featured an impossibly long hood that hid a 197-horsepower 3.3-liter inline-6. By this time horse-drawn carriages had been replaced by the Ford Model T, but 197 hp was unimaginable. The coupe could also clock a top speed in excess of 125 mph.

Of the four Bugatti built, just three of these elegant models were sold to private customers. The first production car was sold to British banker Victor Rothschild. The third car was delivered to Jacques Holzschuh of France, who tragically died in an accident. The 57SC Atlantic was completely destroyed in the crash, though it underwent a painstaking restoration decades later. Despite modern technology and tools, the engine was lost. The fourth car was sold to R.B. Pope of Britain. Today, fashion designer Ralph Lauren owns it.

The second production model remains a mystery. Jean Bugatti built the car for himself and lent it out to Bugatti racing drivers. Photos exist of the car for promotional materials, but there's not a single record of the car after 1938. Bugatti believes it could have been sold to one of Jean's racing friends. A more likely scenario, per the brand, is that the car was hidden as Germany invaded France during WWII. Nevertheless, it hasn't been found to this day.

Should the car turn up in the future, experts have appraised its value at more than $113 million. The sum would handily outdo the most expensive car ever sold at auction: a 1962 Ferrari 250 GTO, which sold for $48 million last year.