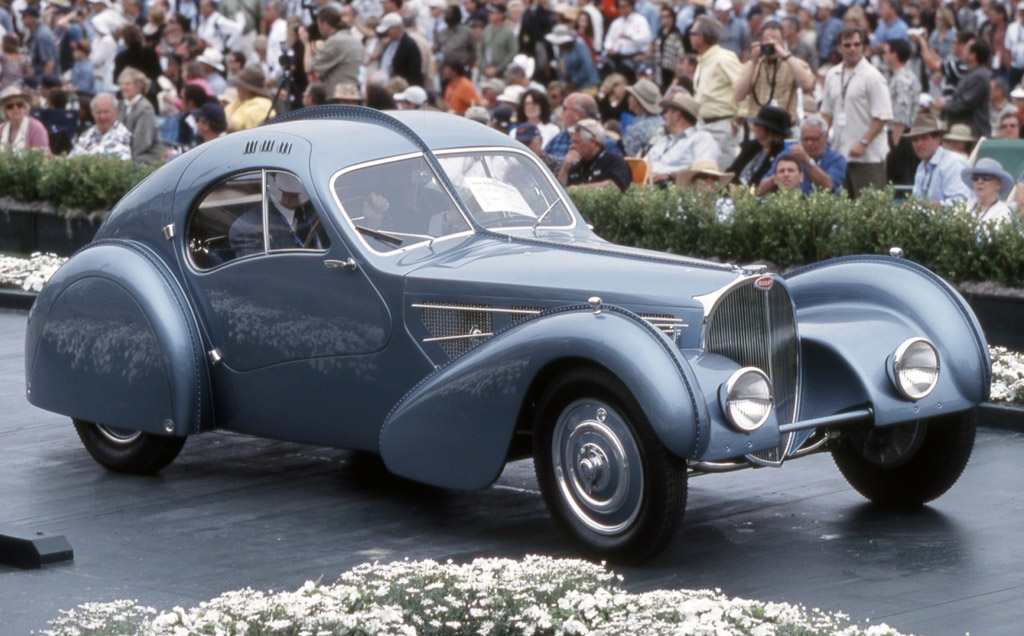 Bugatti has set a new world record for a car sold at auction with a 1936 Bugatti Type 57SC Atlantic fetching more than $30 million this past weekend at a Gooding & Company auction.

Formerly the coveted pillar of the world renowned Williamson Bugatti Collection, the Atlantic was the 2003 Pebble Beach Concours d'Elegance best in Show car. As the official broker for the trust that formerly owned the Bugatti, Gooding & Company found an undisclosed buyer who will become the guardian of this treasured piece of automotive history.

The Atlantic was an automobile derived from Bugatti's prototype Aerolithe Electron Coupe that caused a sensation when it was unveiled at the 1935 Paris Auto Salon. Bugatti later built just three Atlantics, each one different from the next, but this 1936 car (chassis #57374) is the first in the series and its historical significance, originality and restoration has been revered by enthusiasts throughout the world.

The exact sum paid for the car is yet to be revealed but it’s reportedly somewhere between $30 million and $40 million--easily beating the previous record of $12.2 million paid for a 1957 Ferrari 250 Testa Rossa just one year ago.