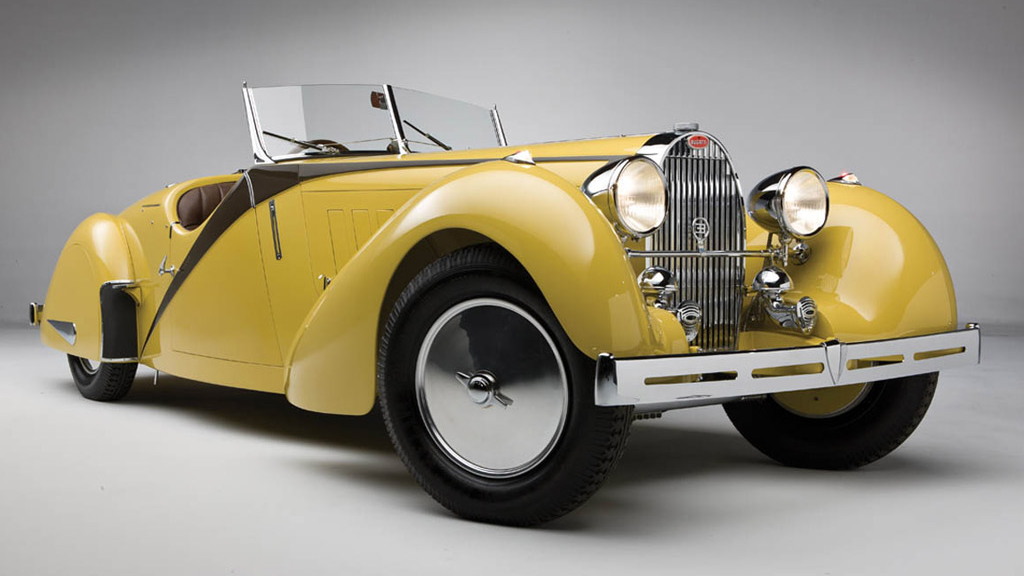 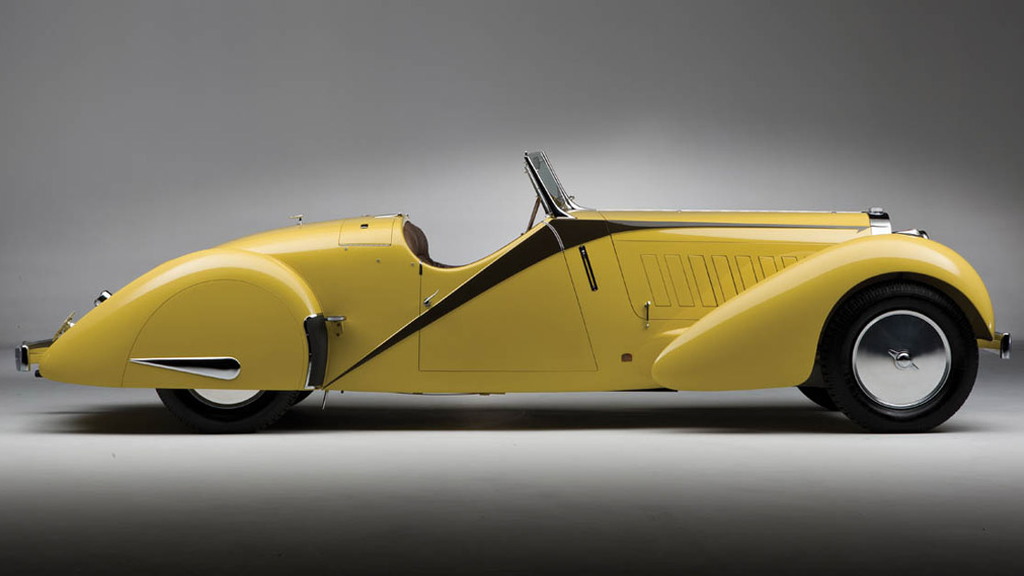 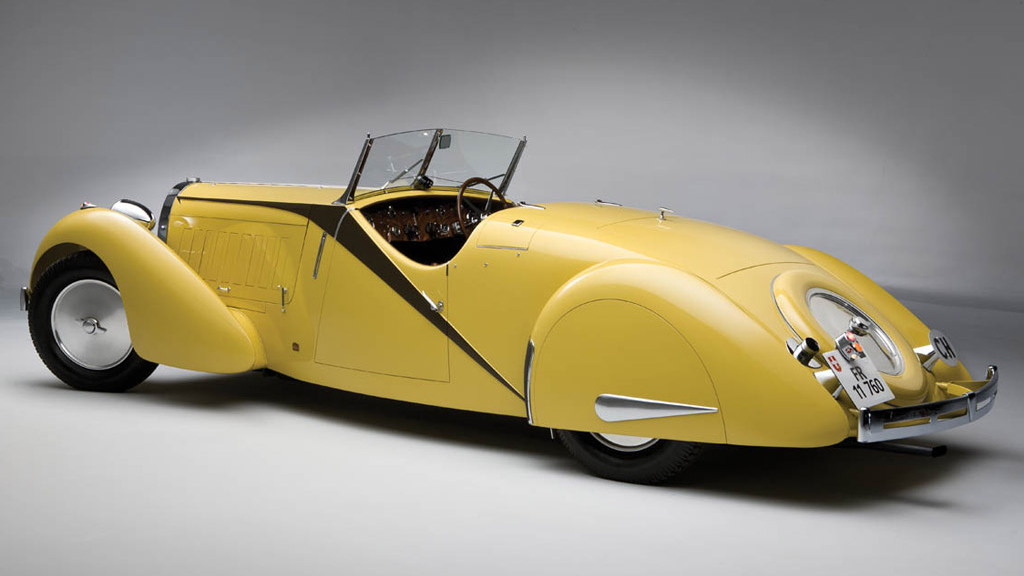 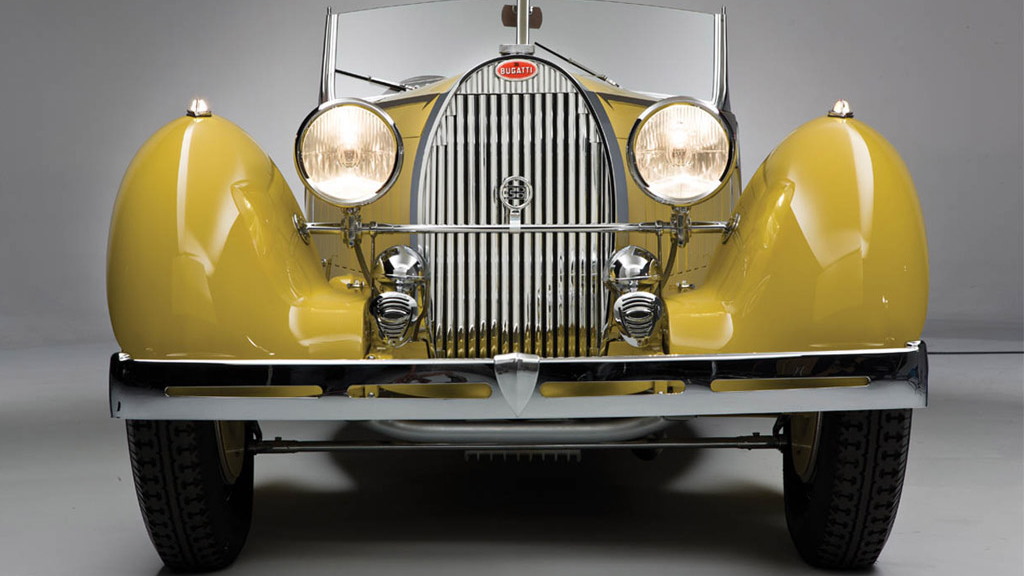 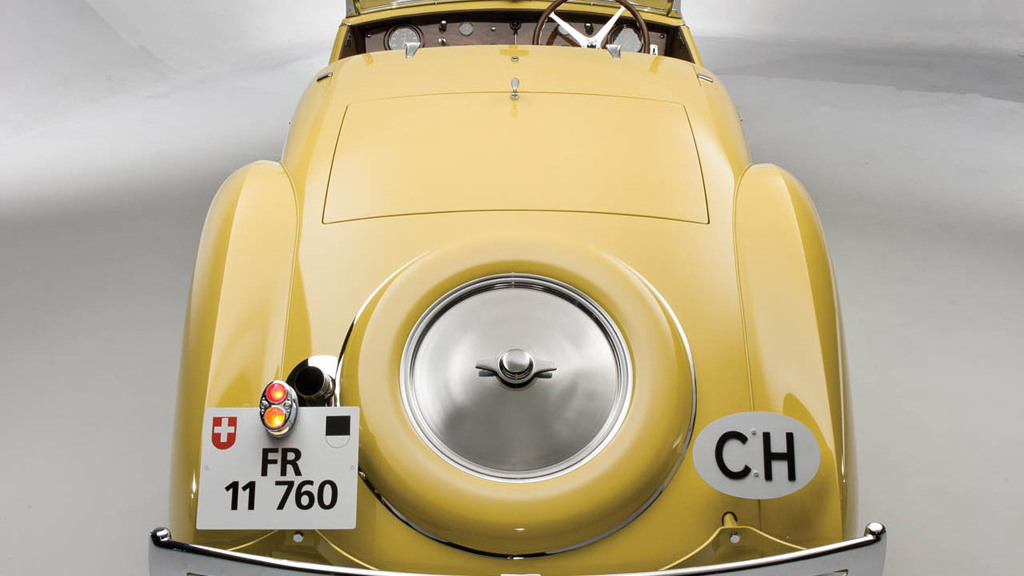 When it comes to rare classic cars selling at auction, few can match Bugatti’s ability to draw in the multi-million dollar bids as we’ve seen in the recent past. The current record for a car sold at auction goes to this 1936 Bugatti Type 57SC Atlantic, which fetched an undisclosed sum exceeding $30 million, and several other Bugattis from that era have gone under the hammer for millions as well.

It’s safe to say that this 1935 Bugatti Type 57 Roadster will experience the same fate when it’s sold at the 2011 Pebble Beach Concours d’Elegance in California this August.

Featuring chassis number 57260, the bright yellow Bugatti is one of only ten Bugatti Grand Raid roadsters ever built and one of just two examples bodied by Carrosserie Worblaufen in Switzerland. The vehicle was commissioned by a man named Jules Aellen, an avid car collector from Switzerland, and it was shown for the first time at the 1935 Montreux Concours d’Elegance at Lake Geneva, taking out the event’s Grand Prix d’Honneur.

Since then it’s pass hands several times in Europe before being purchased by an American collector in 2000, who faithfully restored it to its present condition. The car will now be sold through RM Auctions at the upcoming Pebble Beach event, and unless you have at least a million dollars sitting in the bank you better forget about ever owning this beauty.