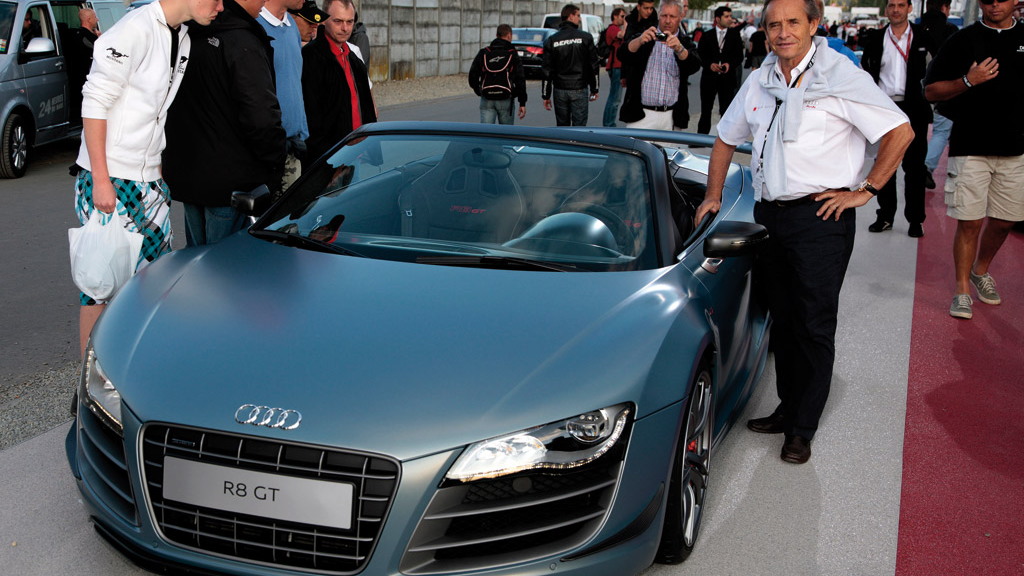 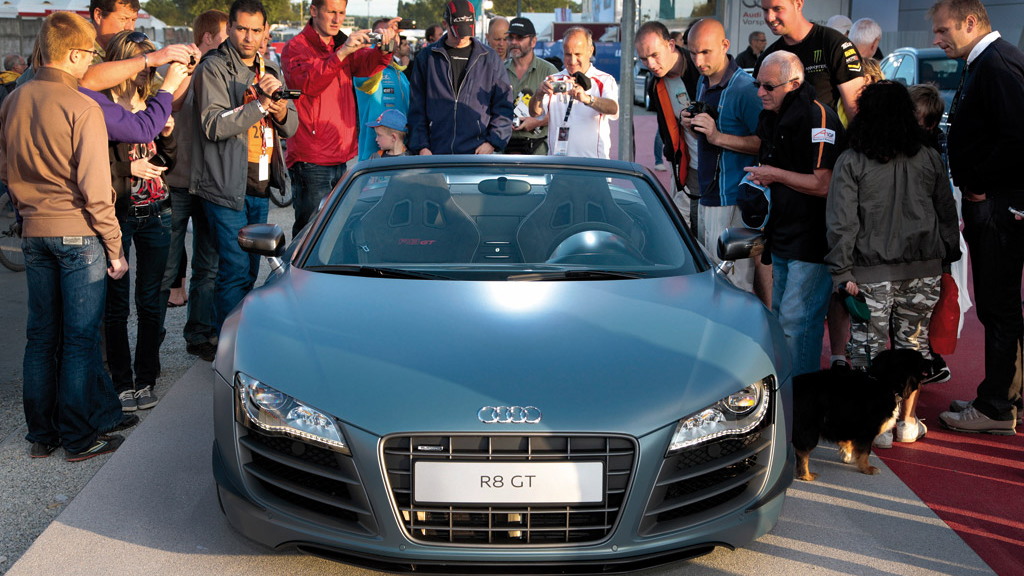 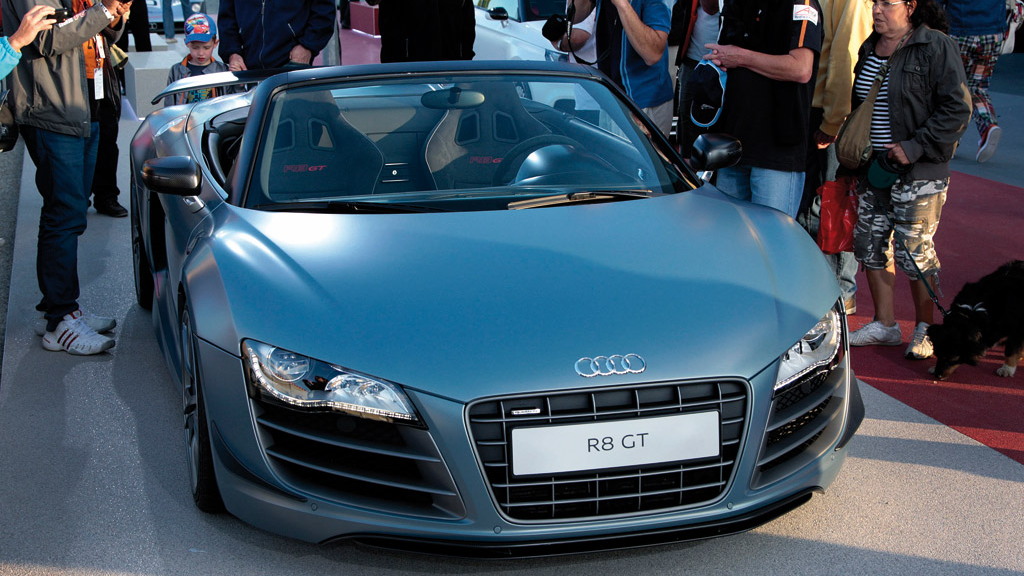 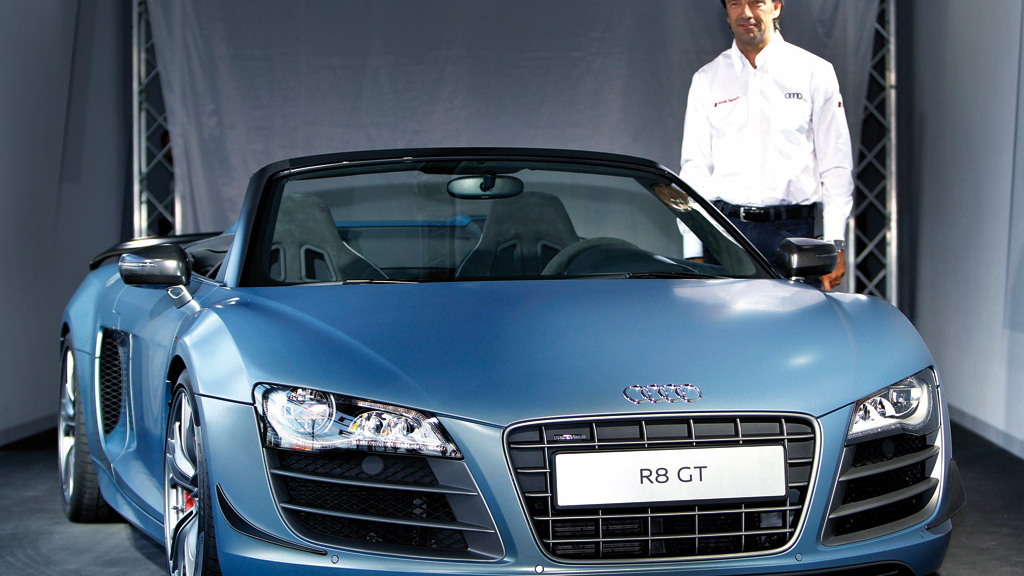 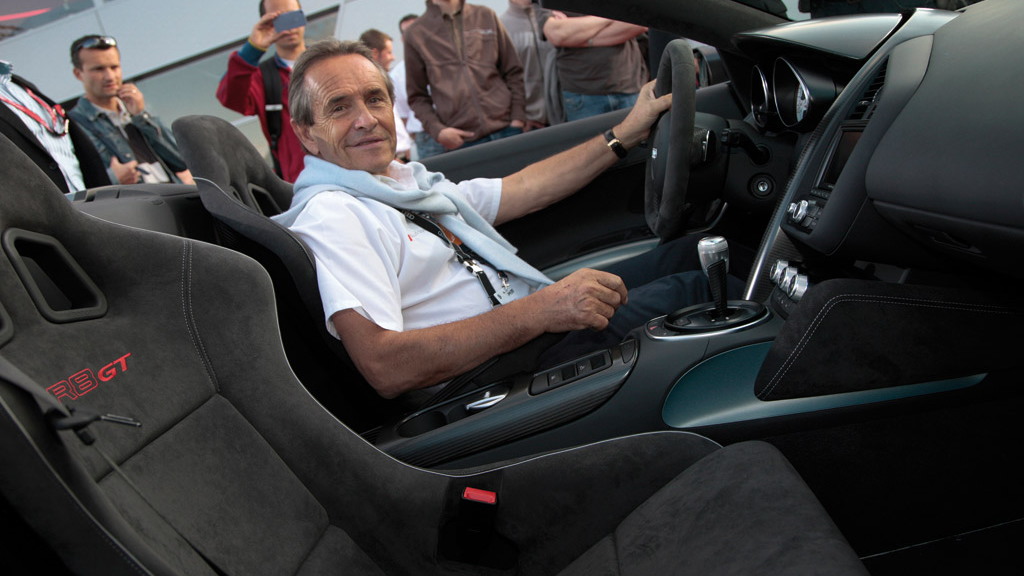 We have a new set of live photos of the Audi R8 GT Spyder fresh from its debut at the 24 Hours of Le Mans endurance race this past weekend. The sultry soft-top supercar is now set for an official world debut at the 2011 Frankfurt Auto Show but we already have the full details for you to ogle.

Like its R8 GT hard-top sibling that recently went on sale, Audi engineers have managed to shed more than 187 pounds from the regular R8 Spyder’s curb weight for the latest GT edition. This was done through the increased use of lightweight carbon fiber and aluminum components, thinner glass and sheet metal and a fixed rear wing in place of the previous automated one. The end result is a total curb weight of 3,615 pounds.

The hardcore convertible also sports the same 560 horsepower and 398 pound-feet of torque version of the R8 GT’s 5.2-liter V-10 engine, which the automaker claims is good for 0-62 mph acceleration of just 3.8 seconds and a top speed a shade under 197 mph.

Production numbers will match those of the hard-top R8 GT, 333 units, and only around 90 of these are likely to make it to the U.S. when deliveries start early next year.

Note, this isn’t the only R8 prototype currently testing in Europe. Audi is thought to preparing a new S tronic dual clutch transmission for its R8 supercar, which it looks like it has fitted to these two prototypes spotted earlier, and there’s talk of an even more hardcore ‘Sport’ or ‘NF’ version of the R8 supercar also in the works.